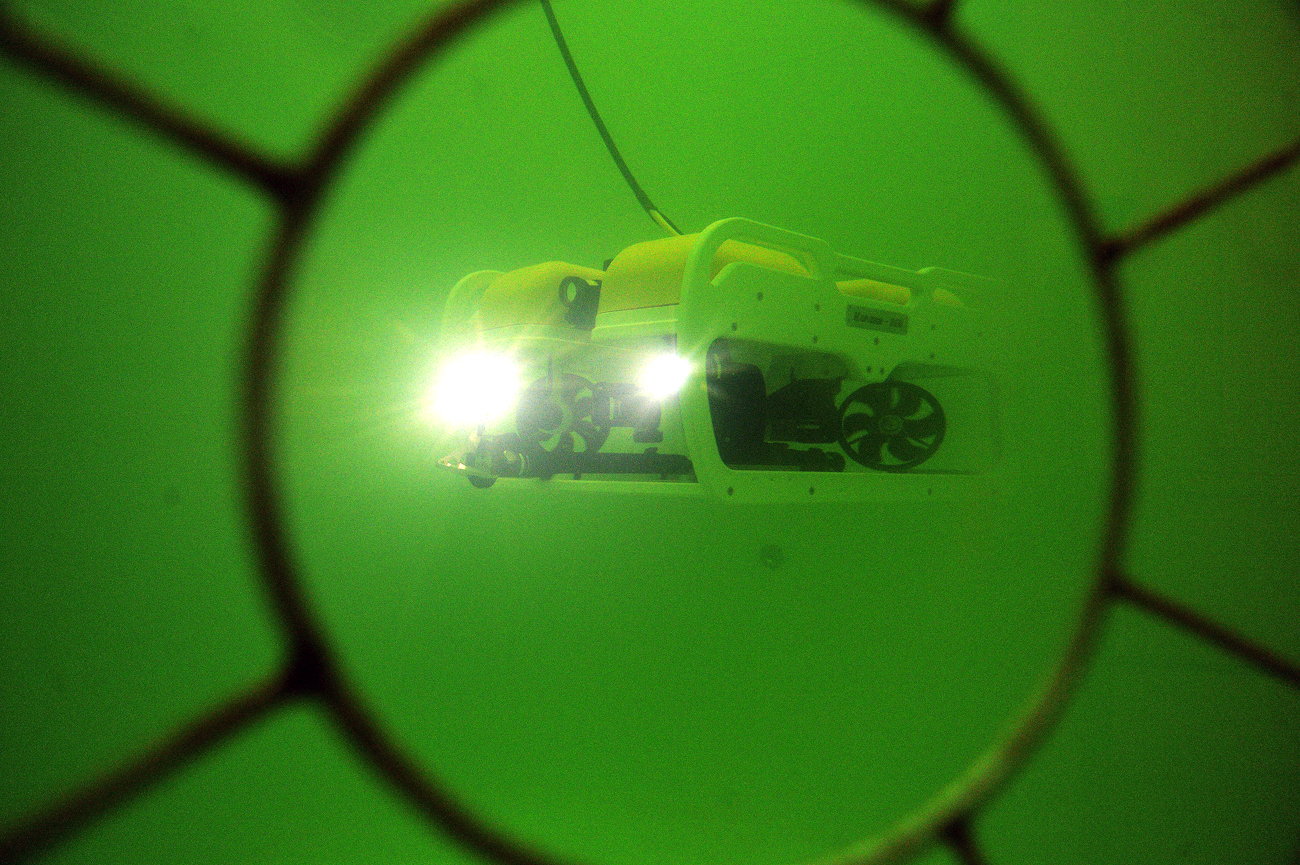 The Positioner system will use several types of buoys.

Alexei Kudenko / RIA Novosti
An underwater drone system, The Positioner, will pinpoint its location based on data from deep-water buoy-beacons.

The Positioner is a unique navigation and communications system developed by Saint Petersburg’s Okeanpribor Concern, which will soon be operating at the bottom of the Russian Arctic shelf. Russian underwater robots, working at depths of several kilometres under the thick Arctic ice, will be able to determine their own location to accuracy within millimetres, and communicate with air, surface and ground control stations, in real time.

The system consists of an autonomous underwater vehicle (AUV), sonar buoys with satellite communications equipment Messenger-D1M and GLONASS. The underwater robots patrol the areas at a depth of up to eight km, orienting themselves on deep-water sonar buoys and beacons. These contain ultra-precise coordinates, which the drone receives to clarify its position and continue in its movement. Buoys are also used to transmit information to the surface.

“The system is fully ready for deployment,” Pavel Martyshkin, spokesperson for the Okeanpribor Concern, told Izvestia. “The first deployment area will be near the bottom of the gas extracting offshore platform Prirazlomnaya. On the basis of our resources, we are planning to create a global informational network-centric system for underwater monitoring and support of oil production areas. One of these, for the Arctic, the concern plans to perform within the framework of the research and development project called “Informativeness”, commissioned by the Russian Ministry of Industry and Trade.

Russian military to get a drone hunter

The Positioner system will use several types of buoys; submerged, floating and even frozen in the ice. The hardware part of the buoy consists of radio and sonar units with a common power supply system, placed inside a plastic casing. The radio and sonar equipment includes a VHF radio station, GLONASS receiver, the satellite communications system set called Messenger-D1M, and equipment for underwater communications with robots.

In the drifting version, the buoy’s hardware is placed inside a protective cover with floats, which contain extra batteries. In the frozen version, the buoy is equipped with a special high-strength thermos-container, with high thermal insulation.

The buoys have three modes of operation. During the first mode, the buoy receives information via satellite channels, stores it, and then transmits it to the robot upon request.

The second is the “dialogue” mode, and here the buoy connects via VHF radio, in real-time, the coastal, air, and maritime control centres with the underwater robots. This kind of data exchange allows the control centre to not only to know where the robot is and what problems it is solving, but also to continuously manage it.

The third is the easiest mode of all. The robot operates completely independently, and only verifies its positions with the buoys, adjusting its course. In an emergency, the drone can submit an SOS, informing that its deep-water mission is over.

“Today, the leader in the development of advanced autonomous systems is the United States,” Vadim Kozyulin, Professor of the Academy of Military Sciences, told Izvestia. “For this purpose, every year, the Americans spend about $70 billion on the Pentagon’s Defence Advanced Research Projects Agency (DARPA), along with a number of private companies implementing the Poseidon Program, and underwater analogue of the global positioning system (GPS).

The system will allow submarines and drones not only to navigate underwater, but also to exchange information. It is expected they will begin testing the system in 2018. Russia has joined the race, with a delay of 15 years after the leader and, according to Western estimates, the country is spending about $4-5 billion on military R & D today.