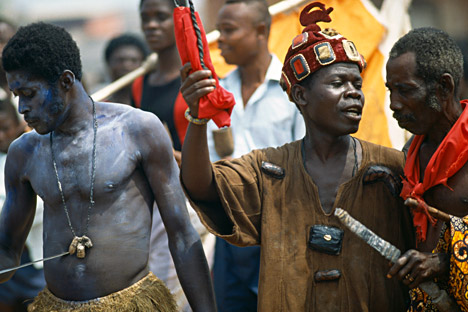 Getty Images
Antibiotic-resistant bacteria appear to have found their nemesis in Russian-made bandages. The bandages, made in Siberia, are not only much in demand in countries of the Persian Gulf, they are also threatening to put witch doctors in Africa out of business.

It was a discovery scientists in the western Siberian town of Tomsk stumbled upon almost by accident. They were not thinking of skin diseases, bedsores or nasty ulcers when they attempted to build a water filter based on the physical phenomenon of electrostatic interaction. Almost inadvertently, they created a new and powerful material for bandages to administer first-aid.

Scientists at the Tomsk Physics Institute of Resistance and Material Studies (IMPA) initially aimed to create nanostructures to absorb microorganisms from aqueous solutions. They soon found, however, that the same idea could work for bandages.

"We tested the filters and bacteria did not break free from our nanostructures even if we put 10 cubic meters of water through the filter per hour,'' said Sergey Psakhie, director of IMPA. ``The same effect worked with the bandages. This helps to solve the problem of antibiotic-resistant bacteria."

Infective wounds and antibiotic-resistant bacteria remain a major public health problem in many countries, with the misuse of antibiotics to prevent infections leading to increased bacterial resistance.

According to the scientists at Tomsk, the bandages they have developed are capable of healing wounds without using antibiotics. The bandages accelerate the healing of wounds up to three times faster than normal. Also, heavy bleeding is staunched in a couple of minutes.

The unique qualities and low cost make the bandages popular for use in developing countries, where medicine is often difficult to access. The scientists recently received a letter from Mozambique about a local boy who severely burned his leg during a motorcycle accident. He didn’t go to the hospital, but turned instead to a witch doctor, which didn't help.

"When the leg was swollen and there was a bad smell, a friend suggested the boy try the Russian bandage,’’ said the letter. "On the second day the swelling disappeared, as did the putrid smell and the wound began to heal. Today he is walking.’’ 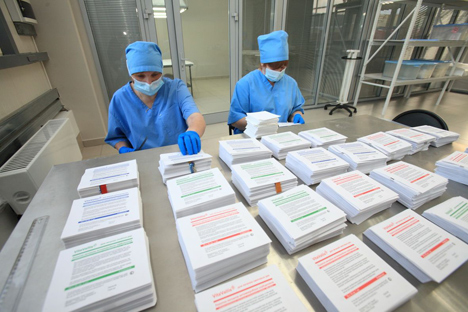 The bandages are sold under the Vita Vallis brand, by a company called Akvelit, which already exports them to Poland, Vietnam and South Africa.

"Beside the main antiseptic quality, we realized that the bandages also relieve pain and accelerate the regeneration of tissues," said Natalya Kirillova, director of Akvelit.

This year Akvelit signed a contract to sell the bandages to the United Arab Emirates and other Persian Gulf countries. The first shipment contains 150,000 bandages, and that amount is expected to soon increase by 10 to 15-fold.

The Russian scientists say the bandage's only limitation is that it’s not suitable for dry wounds because they don’t heal quickly. However, there is still the pain relief effect.