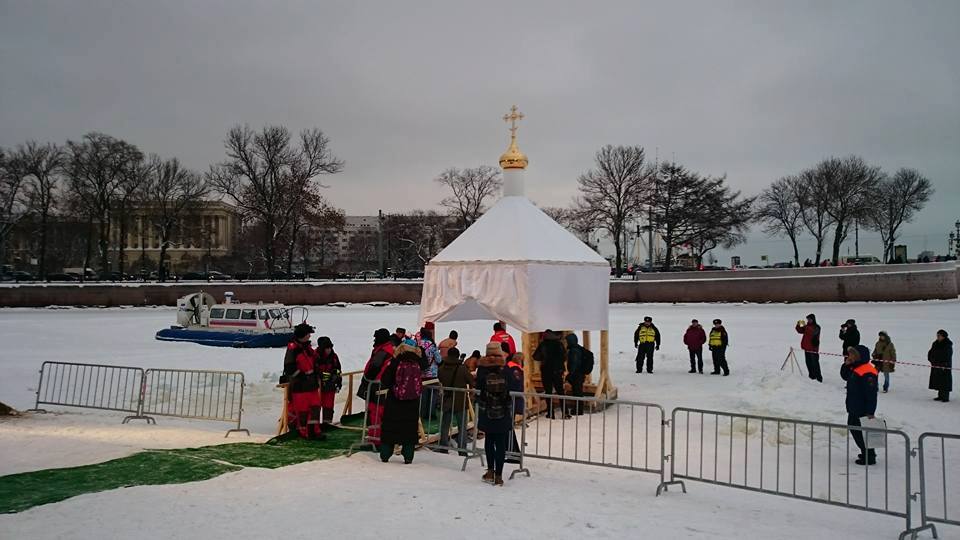 Personal archive
A Thai student shares her appreciation for St. Petersburg’s pedestrian crossings and her disdain for Russian cuisine.

Patra is in her third year of studies at the Faculty of Philology of the St. Petersburg State University. She has lived in Russia for two and a half years. She tells RBTH why she likes Russia’s museums and how she manages to cook Thai food in the city.

“My favorite museum in St. Petersburg is the Hermitage. I was particularly impressed by the Greek and Egyptian halls. When I was little, I read many books about the ancient world, and to get acquainted with this culture was just a fairy tale.

I was amazed when I saw a mummy in the Egyptian Hall! I could not imagine that they would be in display outside Egypt.

Russian universities double their numbers in the QS Rankings by Subject

I also really liked the General Staff Building. I fell in love with the paintings of the Impressionists, such as Claude Monet. It was my dream to see works of these artists. I really wanted to go to the Louvre for this reason. I was happy to learn that it was not necessary to go to France – here they are, next to me, and I can look at them at any time after my classes.

Another museum that I would advise to visit is the house of Peter I. This museum is not very popular, and there are few people there, but it is very interesting. This is the only house that has kept its original interiors since the early 18th century! For this, it was even included in the UNESCO list. And I was very surprised that such a great Russian Tsar lived in such a small and modest house. That's impressive.”

"Most of all, I liked the park in Pavlovsk. There is very fresh air and greenery there with a real forest.. I associate this place with the film ‘Onegin,’ with the scene where the main characters are in a forest."

"I spent my first Russian year in Tula. I was taking preparatory courses and had a great time there. It's quiet, with few people and beautiful nature. I like to relax from the hustle, because I live in Bangkok, where there is no place for tranquility. In Thailand, maybe, I'll move out of Bangkok to a quieter area, but it is unlikely, because my family is there, and there is more work there.

St. Petersburg is also a very nice city for me, but for travelling and studying, rather than for living. Here, you can learn much about history and see very rare things. I often go to the museums; they are on almost every street here! And with a student ID, you get a great discount. But to study here is stressful, especially at the St. Petersburg State University.”

“I hate Russian cuisine... Mostly, I cook Thai food. I bring ingredients from Thailand. Last time, I was carrying a suitcase full of food, 30 kg of food! Sometimes I buy something in the Chinese market on Sadovaya Ulitsa. They have some familiar food such as fish sauce and dried mushrooms.

Lenta hypermarkets sell jasmine rice from Southeast Asian countries such as Cambodia. You can find lemongrass there. But special Thai seasonings and dried herbs are impossible to find.

We just had the Maslenitsa celebrations, and I must say that I don't like pancakes. There are places that have good pancakes, for example, the Teremok fast-food chain, but homemade pancakes are too fattening, with too much oil.

Although this is not a Russian dish, I really like shawarma here. The most delicious shawarma, in my opinion, is on Bolshoy Prospekt on Vasilevsky Island, near the pink-colored St. Andrew's Cathedral, and at the beginning of the Nevsky Prospekt, near Admiralteiskaya Metro.”

“I mostly find side jobs through friends. I work as a tutor of English for the daughter of my acquaintances, and in the summer season I work sometimes as a guide for Thai tourists. Once I tried to work as an interpreter from Thai into Russian and vice versa, and it was just awful. All the words faded from my memory. I had to translate very quickly, and I did not know how to say too many things.

Perhaps I can try to do translations, but I have a lot of work already. It is very hard to study in Russia. They do not make any concessions for me as a foreign student, and I have to work twice as hard as Russians, because I do not know the language so well.”

Differences between life in Russia and Thailand

“It's great here, because there are no traffic jams. I can get from the hostel to the university in 15-20 minutes. I could not even dream of it in Bangkok. My school and home were not very far apart, but it took at least two hours to get there. One day I spent six hours to get home from work!

But the most amazing thing about Russia is pedestrian crossings. In Thailand, cars usually don't stop for us, we have to wait for a very long time to cross the road, and it is always dangerous, you need to run. When I first came to Russia, I was waiting to cross the street, as usual. And a car on the road also stood there waiting for me. I was very impressed. It took time for me to realize it was giving way to me.”

“In my early days in Russia, I was determined to buy food only at the market to communicate as much as possible with Russians. And at first, people frightened me. It seemed to me that everybody was quarrelling because they all were shouting and talking so emotionally. I thought that the quarreling people would kill each other. But then I realized that it was just the Russian way of talking – loud, strong and expressive. This was the usual manner. But in reality, the people were good.

One day I wanted to buy an orange, but had left my purse at home, and the saleswoman allowed me to bring money in next time, because she remembered that I often went to the shop. It was nice.”