Why I decided to learn Russian, and how hard it was for a Chinese speaker 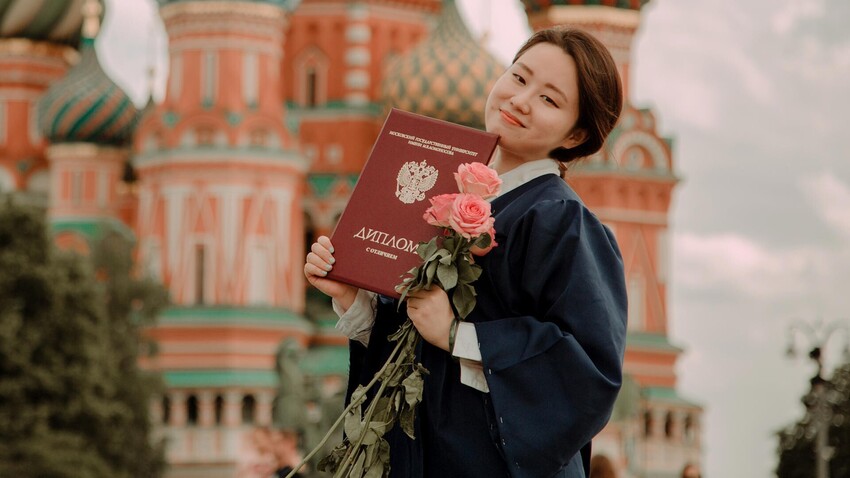 Personal archive
Chang Le grew up in southern China and until she came to Russia, had never seen snow. This did not prevent her from learning Russian and graduating from the Faculty of Journalism at Moscow State University. However - even after five years – she is still struggling with some aspects of learning Russian.

"Young lady, your request is illegal!” shouted the elderly female warden at the residence hall. “You will be punished for it, sent to Siberia for ten years! Ten years in Siberia; do you understand?"

All I did was ask her for a different room in the dorm! That was perhaps the most extreme episode in my dealings with Russians. Back then, I genuinely doubted that she had understood me correctly. At that moment I was shocked, but now it all seems incredibly funny. Of course, no one was going to send me to Siberia, except perhaps on a tourist trip. 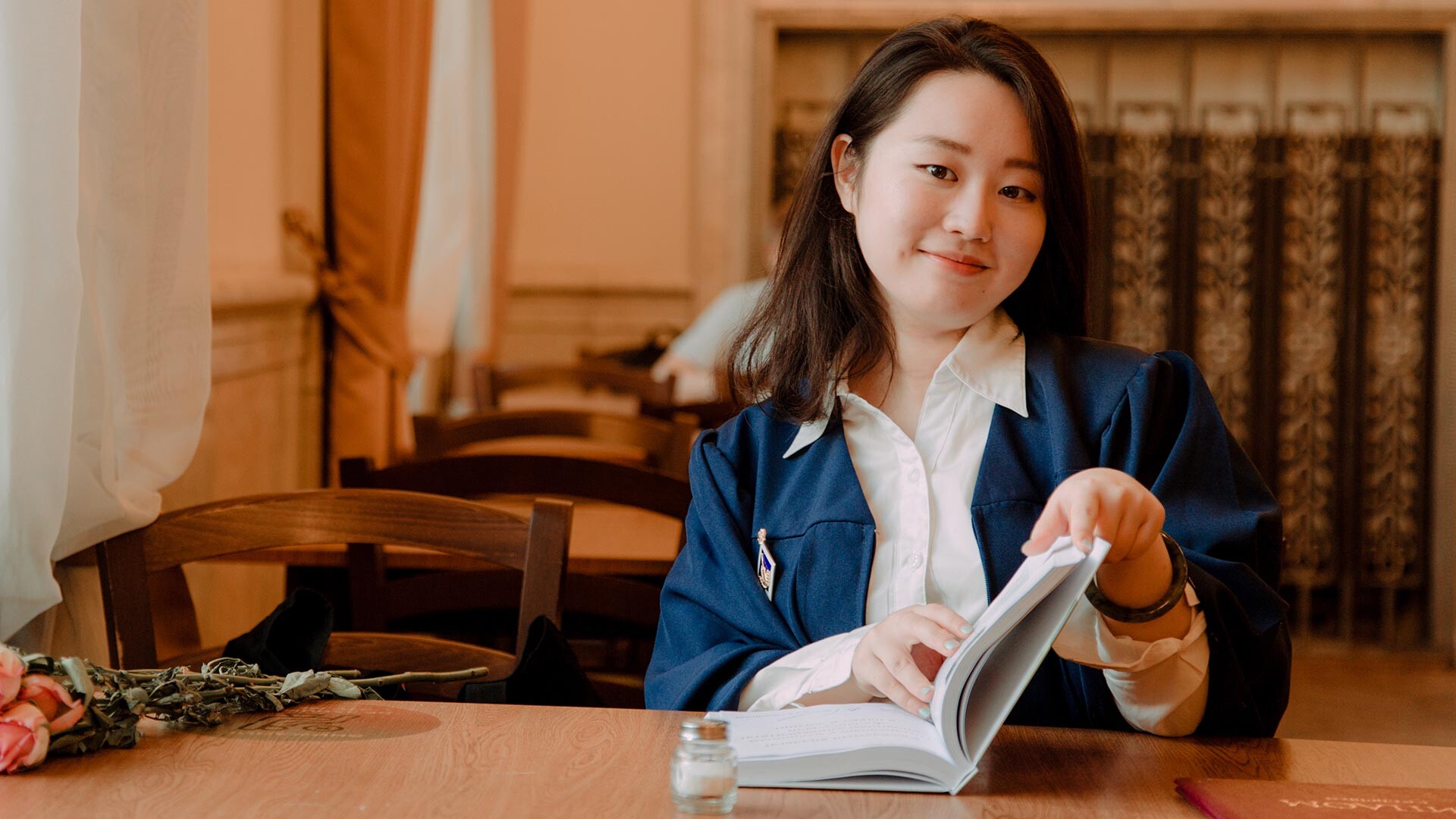 I never thought of studying Russian until I chose my university. After all, the only popular foreign language for the majority of Chinese now is English. At school in China, all pupils learn English from the third grade until high school graduation, for about 10 years in total. And I was no exception.

The Russian language was popular with the Chinese in the 20th century. My parents are now in their 60s, but in their youth, like all young Chinese people at the time, they studied Russian. At that time, however, the Soviet-Chinese rift began, so they never finished learning Russian and later studied English. But I still have old Russian textbooks from the 1950s at home, as well as many Russian classics in Chinese.

Although I did not understand Russian at all until the age of 18, the Russian literature that I read in Chinese translations touched me very much. Boris Pasternak's Doctor Zhivago and poems by Bulat Okuzhava left a particularly lasting impression. That literature influenced me the most, apart from my native Chinese literature. Another factor was that some Russian songs are widely known in China, for example, Moscow nights and Oh, viburnum is blooming.

All this prompted me to learn more about Russia, which to us, the Chinese, seems familiar but still mysterious.

After graduating from high school, I decided to study in Russia. My decision was influenced, among other things, by the rapid development of Sino-Russian relations. The Chinese government encourages Chinese students to study in Russia, allocating relevant scholarships. By 2020, there were over 100,000 exchange students studying in both countries. I hoped that in comparison with getting a university degree in China, studying in Russia would bring me unexpected benefits and open new horizons.

Since I was going to Russia to study and to live, of course, it was important to speak Russian. That is why I started learning Russian a year before entering Moscow State University – for six months in China and six months in Moscow. After a year of study, my level of Russian was approximately B1. I could read simple texts and express myself in simple words. 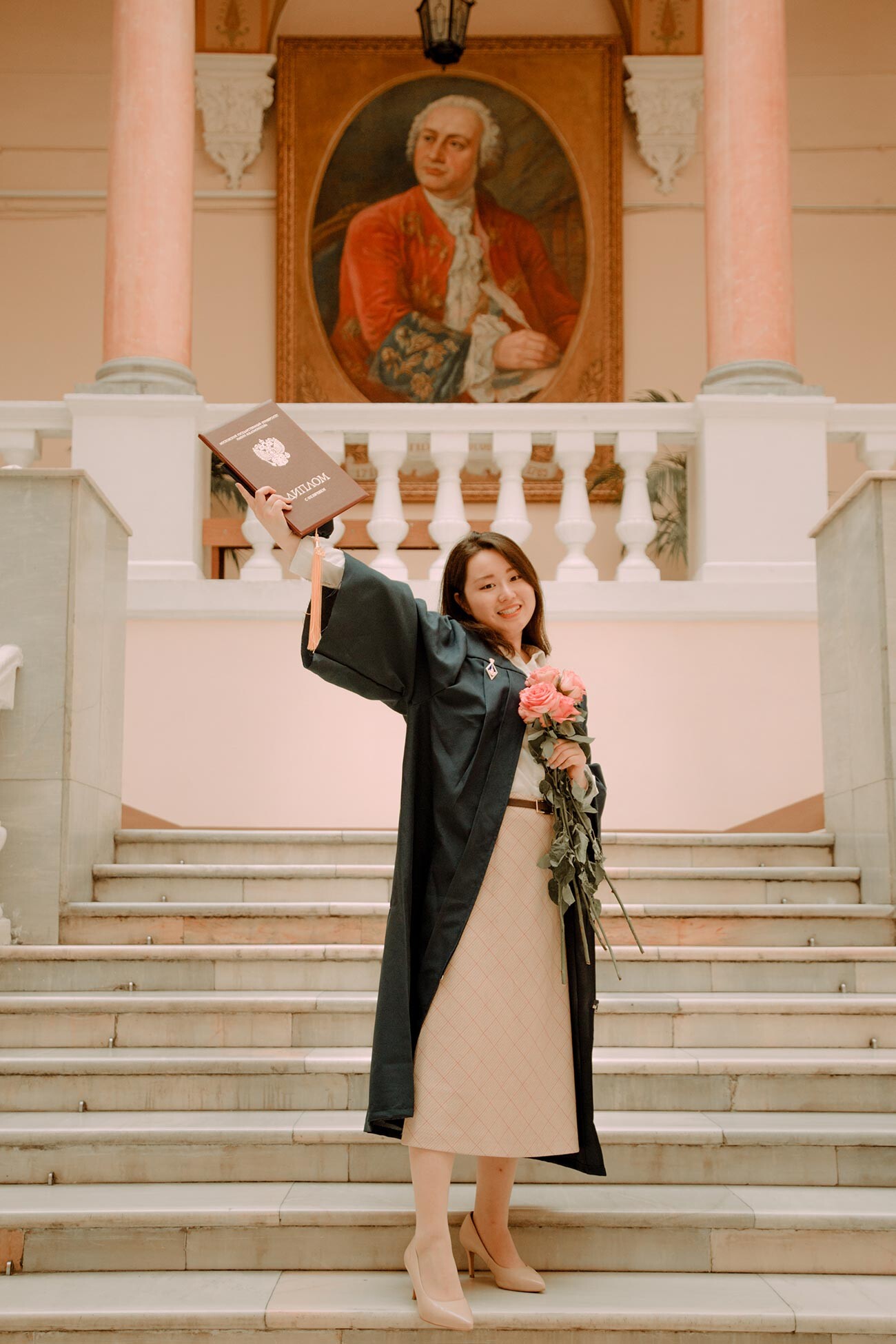 Chang Le at the Faculty of Journalism

I chose the Faculty of Journalism at Moscow State University because I saw that China and Russia had very good potential for cooperation in the media sector. And that worked: first I was offered an internship, and then a job at RT China. My knowledge of Russian also played a part.

First experience of communicating in Russian

I still remember well the moment when I first came to Russia. It was January 2017, the coldest time in Moscow, with temperatures at around -20 C. At the time, I could only read a little in Russian and just say a few simple words and sentences. 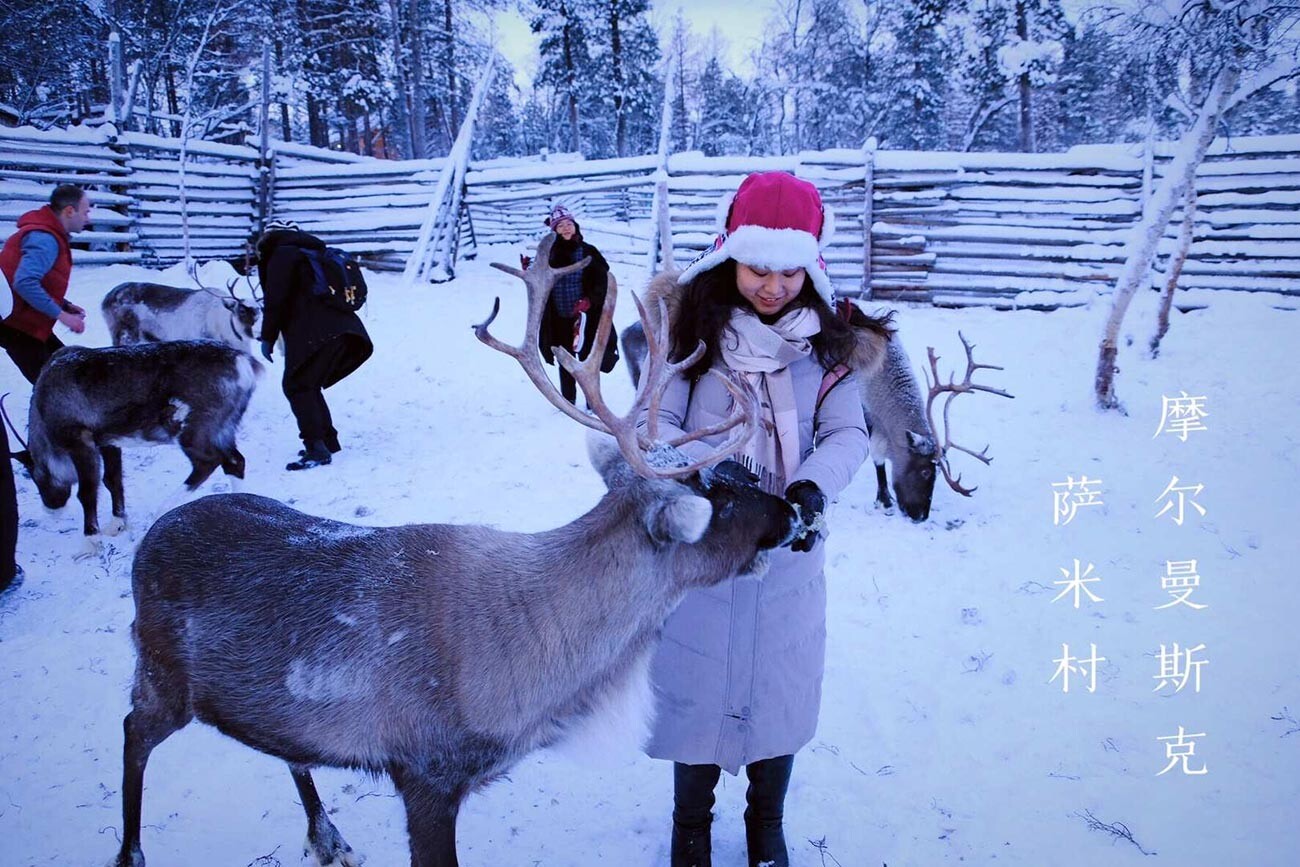 Growing up in the south China, Chang Le had never seen snow before coming to Russia

On the same day, I checked into the dormitory at Moscow State University. It was very cold and I was hungry. I went outside to buy some food and saw a young couple walking slowly along the snowy street. By the way, I had never seen snow before, since I grew up in the south of China. I plucked up courage, went up to them and asked: "Can you please tell me where the supermarket is?" The girl answered kindly: “I don’t know ... you probably need to go further and to the right.” 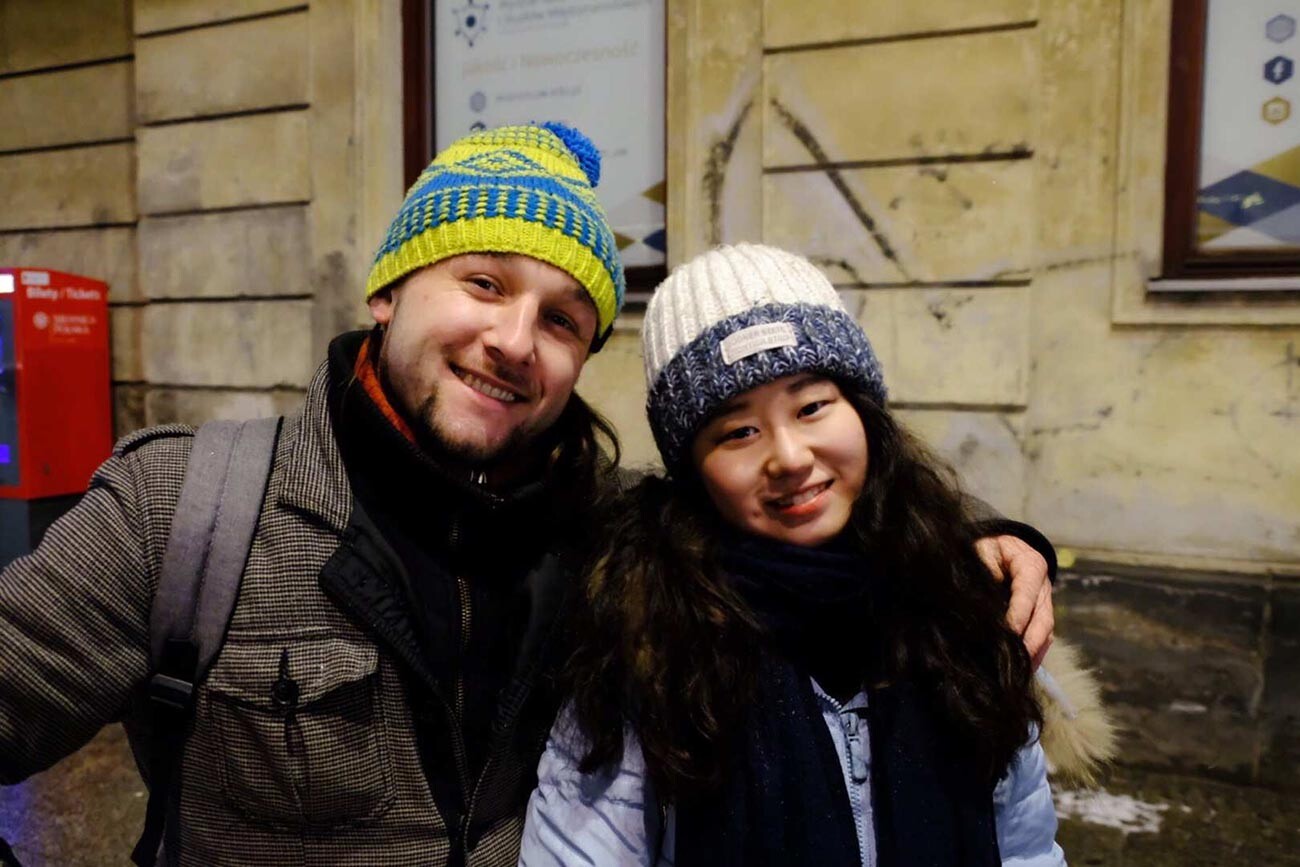 Now Chang Le works at RT and has many Russian friends

Those babushka wardens in the residence hall were often angry with foreign students because we did not understand Russian well. Once, I asked the head warden to put me into a different room. Maybe she was in a bad mood that day or she did not fully understand my request, but she really flew into a rage and regaled me with the above monolog about sending me to Siberia.

Generally speaking, most of the Russian babushkas I met were not only strong and straightforward, but also kind-hearted. On the fourth day after my arrival in Russia, which fell on the Chinese New Year, my wallet, passport, all cards, including a subway pass, were stolen. Some New Year "miracle" that was.

Helplessly, I was sitting in my dorm room, feeling sorry for myself, and the babushka wardens brought me chocolates and snacks and tried to console me: "Everything is fleeting, everything will pass. What passes will be sweet." That was how they introduced me to Alexander Pushkin's poems.

Is it difficult for a Chinese speaker to learn Russian? 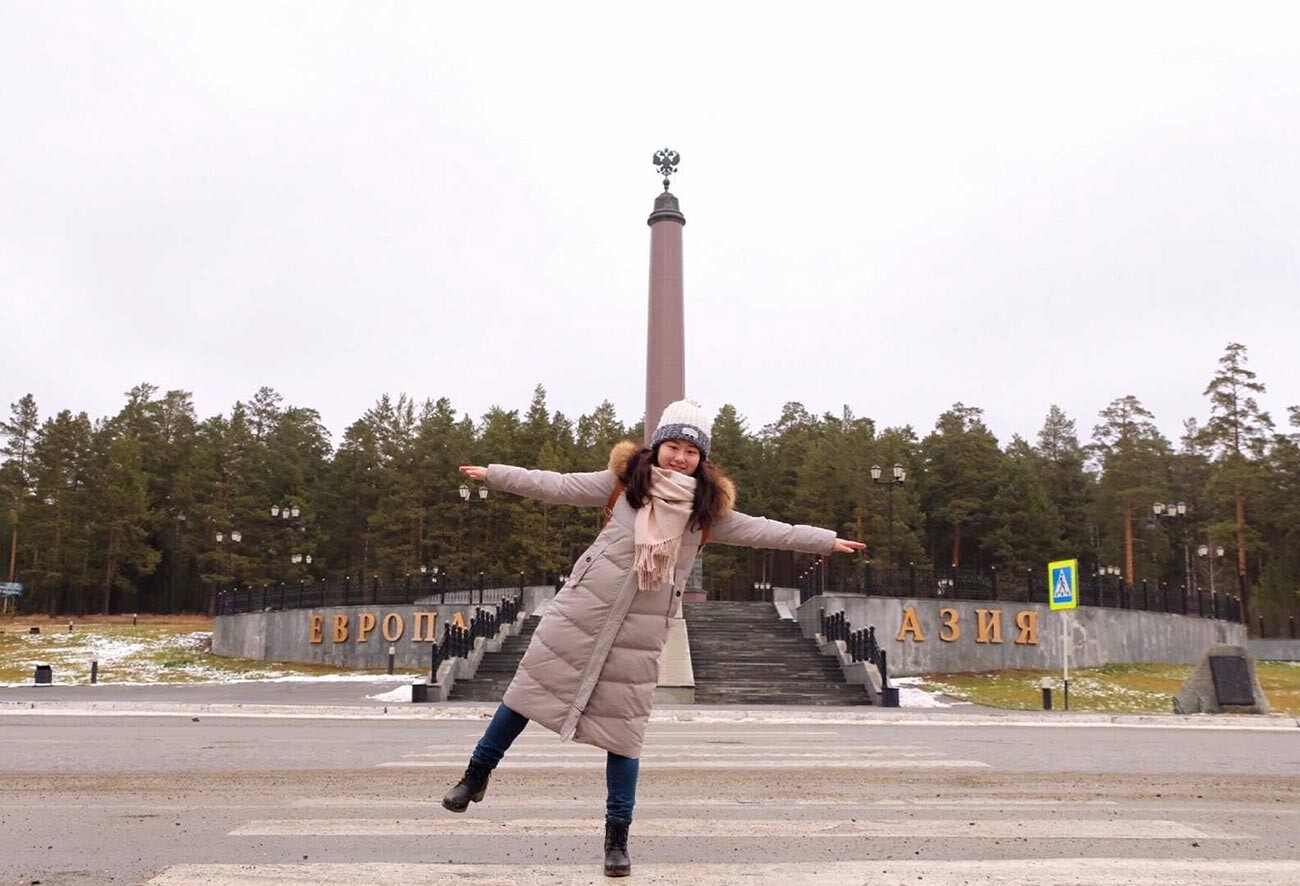 On the border line between Europe and Asia

I am good with languages, so learning Russian was not difficult for me. However, in the beginning I found it really difficult since Chinese and Russian belong to different linguistic families.

For example, in Russian there are six cases for nouns and verb conjugations with different word endings. I make a lot of mistakes in verb conjugations. Russians do not always understand what I am talking about. In Chinese, words do not change depending on the case or conjugation. 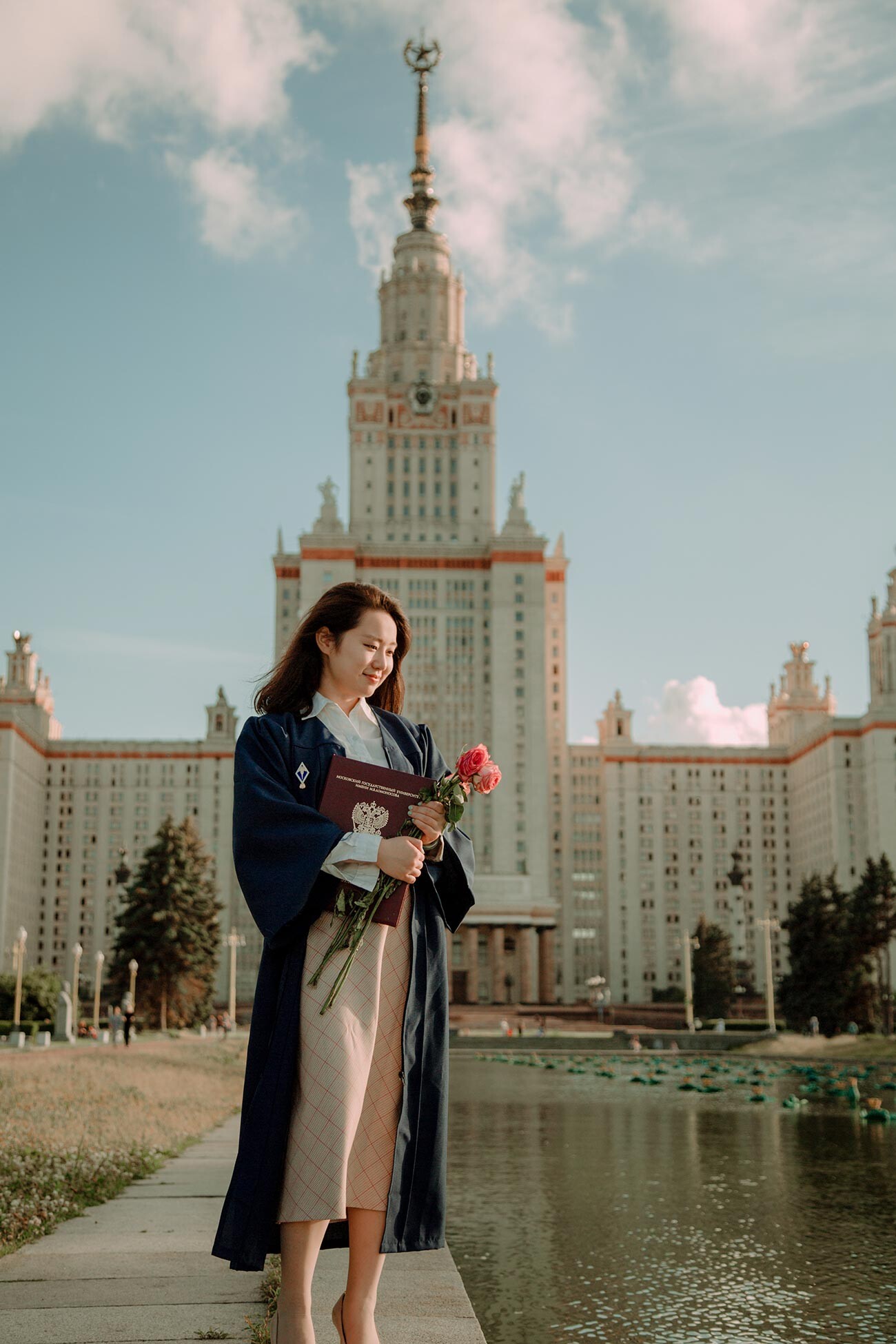 Chang Le in front of the Moscow State University

Also, I still do not understand many catch phrases in Russian. Before the final exam at Moscow State University, my supervisor told me with a smile: "Ни пуха ни пера!" (nor fluff, nor a feather). I thought it was a wish for good luck. Wasn't that logical to assume? So I politely replied: "Thank you." But she laughed and said that I should have answered: "К черту!" (to hell). Alas, I still do not understand the logic of this exchange, although I have asked many of my Russian friends to explain it. 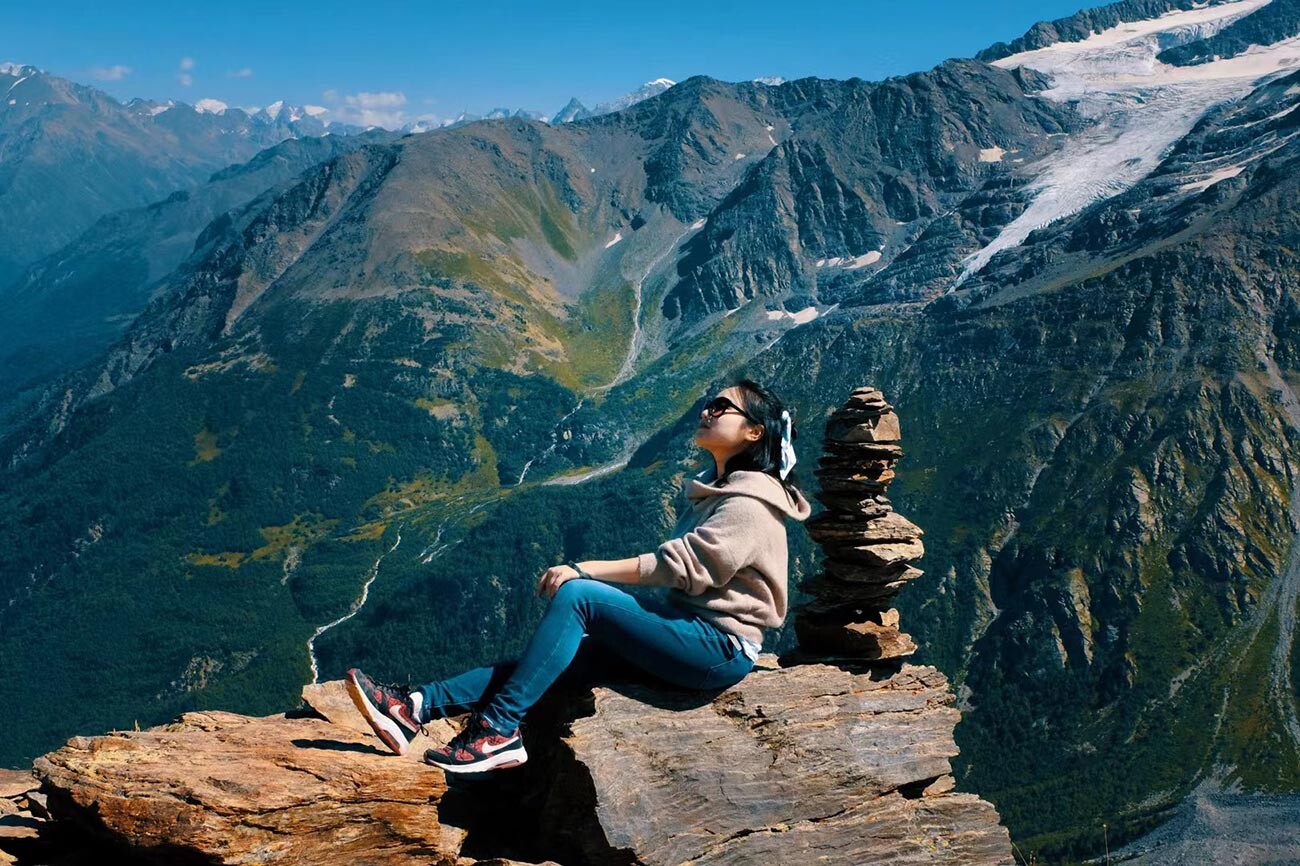 Chang Le now can even travel around Russia alone

Also, I often confuse the pronouns "he" and "she" when I speak Russian (in Chinese, third-person pronouns for men and women are the same). I also cannot distinguish some short forms of Russian names. For example, Sasha can be the informal short version of both the male name Alexander and the female name Alexandra. Yekaterina can be called both Katyusha and Katya... The short forms of Russian names do not make it easy to find out what a person's full name is! 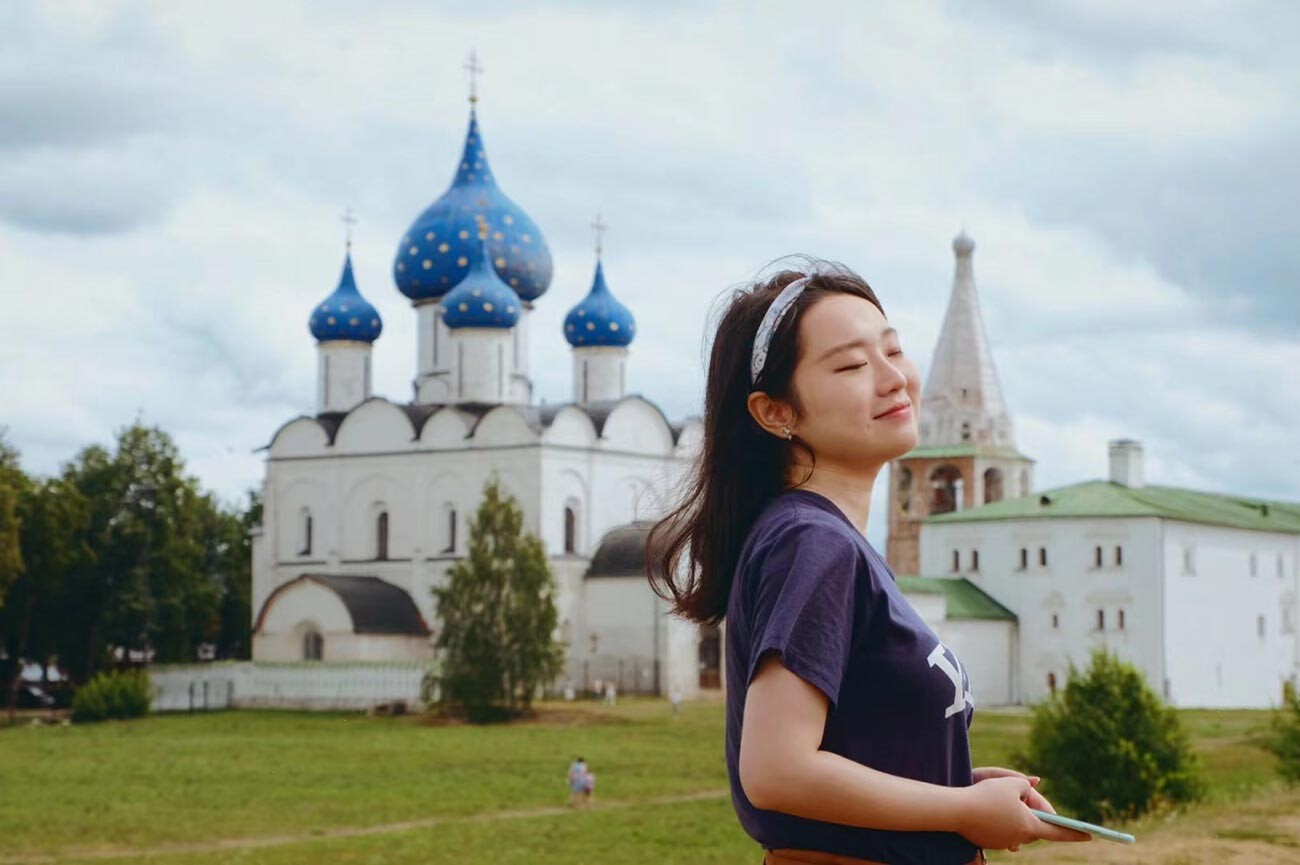 In the ancient city of Suzdal

I’ve been studying Russian for five years now. While living and studying in Moscow, I spoke much more Russian than Chinese. That helped me to better understand Russian culture. I plucked up courage and began to travel around Russia alone. On those trips, I made Russian friends in different cities. Before returning to China, I also bought many Russian books to continue reading in Russian. Thanks to the Russian language, I learned more about Russia, and this provided me with more career opportunities. It is a language that will stay with me for life.