10 ‘false friends’ to watch out for in Russian 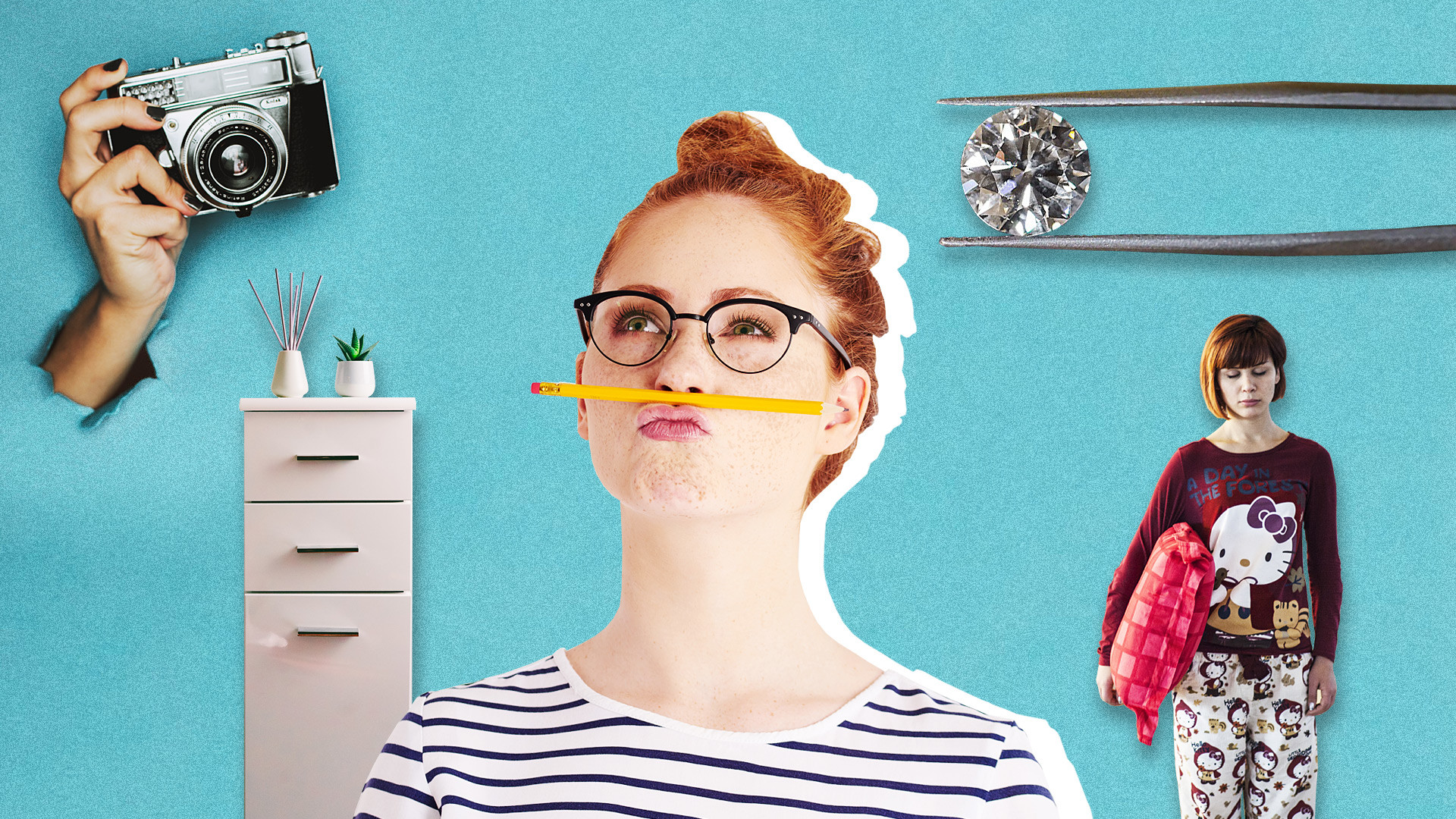 Kira Lisitskaya (Photo: Getty Images, Pixabay, Unsplash)
Be careful: not all Russian words that sound familiar mean what you would expect them to.

If you have ever learned Russian as a foreign language, you know that its grammar can tie your brain in knots at the beginning. But as exhausting as it is to memorise the six different ‘cases’, and get your head around the verbs of motion, adding to your Russian vocabulary is altogether simpler. Plenty of words are instantly understandable, from taksi (такси) and restoran (ресторан) to trend (тренд) and kompyuter (компьютер) and dozens of others that are the same in Russian and English. But, be careful: not all Russian words that sound familiar mean what you would expect them to. Here are ten “false friends” to watch out for... 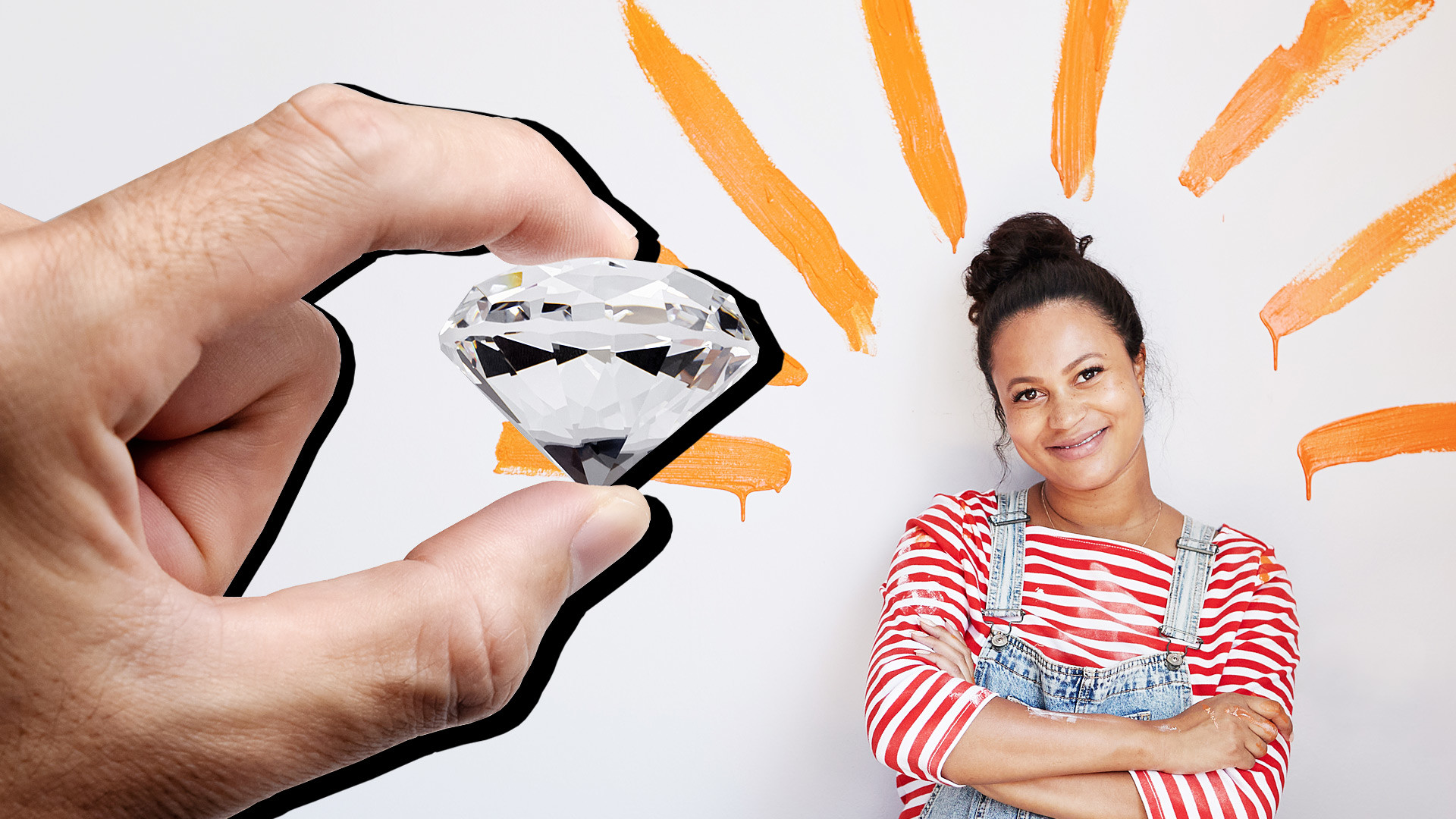 The classic movie Brilliantovaya Ruka is not (as this student once thought) a movie about a man with a brilliant arm. In Russian a brilliant is a diamond ‒ the movie is actually about a man who inadvertently smuggles some jewels into the Soviet Union in a plaster cast. These different meanings exist, because the English meaning of ‘brilliant’ has changed over time. Diamonds once used to be called ‘brilliants’, but recently, the word has come to mean anything that is stunning, or extraordinary.

In Russian, if something is brilliant, it can be otlichnyi (отличный) ‒ or if it is even more special, it can even be genialnyi (гениальный) or velikolepnyi (великолепный). 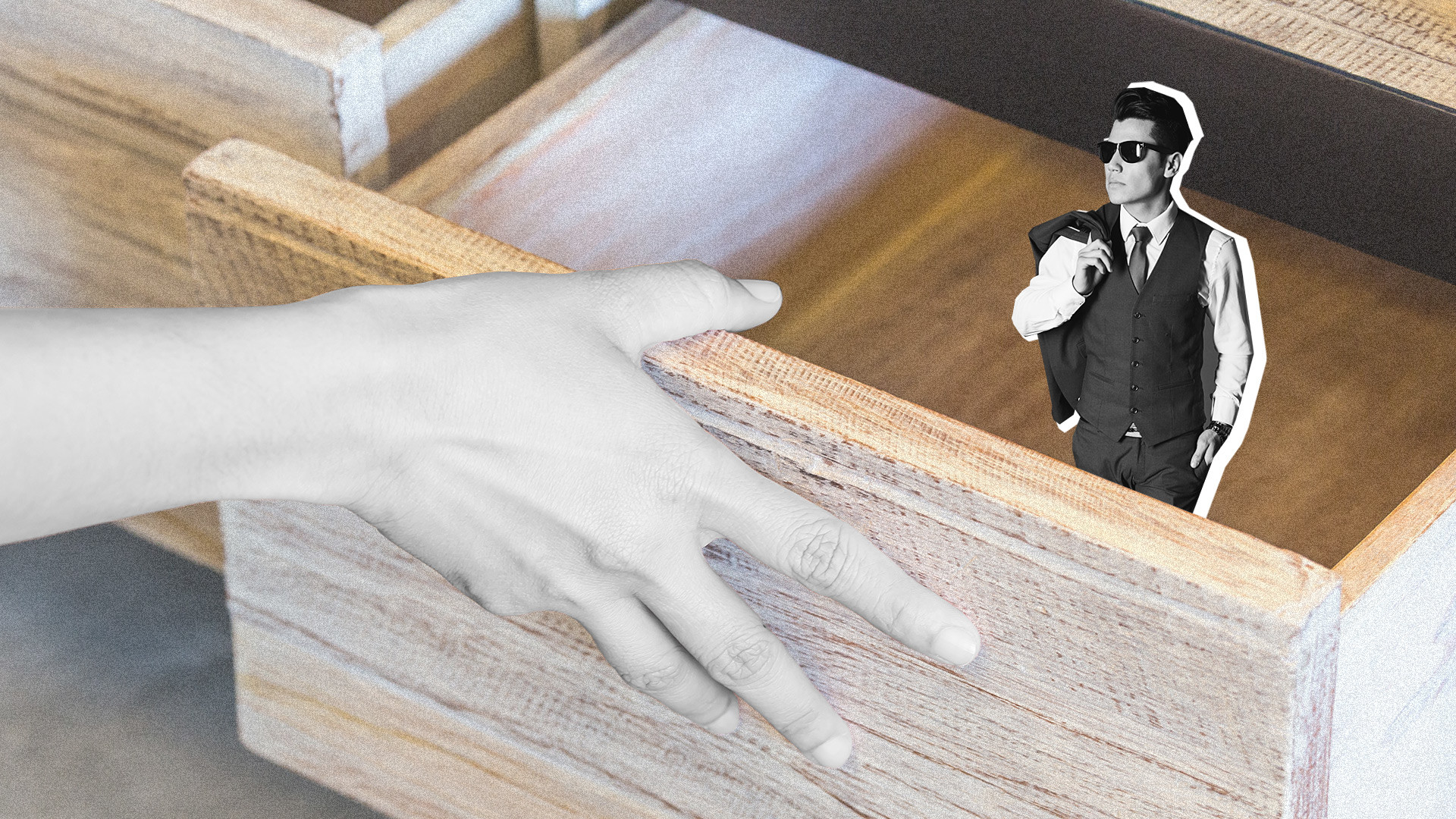 If you are ever invited to sit inside a kabinet (кабинет) in Russia, you will always have plenty of room. It doesn’t mean a wooden cabinet that you keep papers in; in Russian, a kabinet is a personal office, like the ones that doctors or lawyers work in. 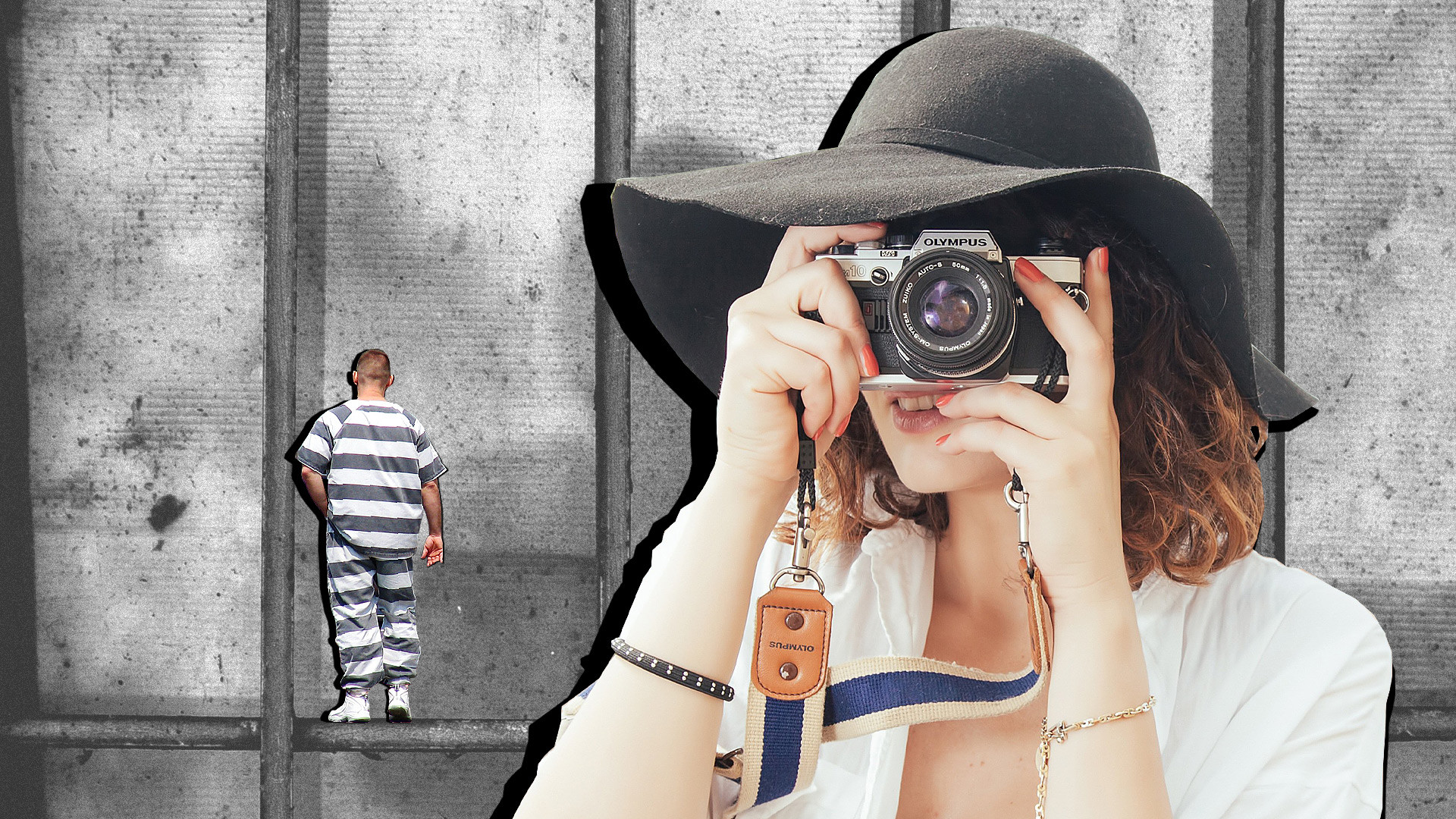 If you ever find yourself looking into a Russian kamera (камера), you definitely won’t want to take any photos. This Russian word conjures up images of cramped and dark rooms, from a police cell (kamera) to the ‘left luggage’ room at train stations (kamera khraneniya; камера хранения). Russia’s most famous kamera is the eerie Kunstkamera museum in St. Petersburg – a claustrophobic exhibition of freakish artefacts that is not for the faint-hearted.

Russians do sometimes use kamera to mean camera, but they usually take photographs with a fotoapparat (фотоаппарат). 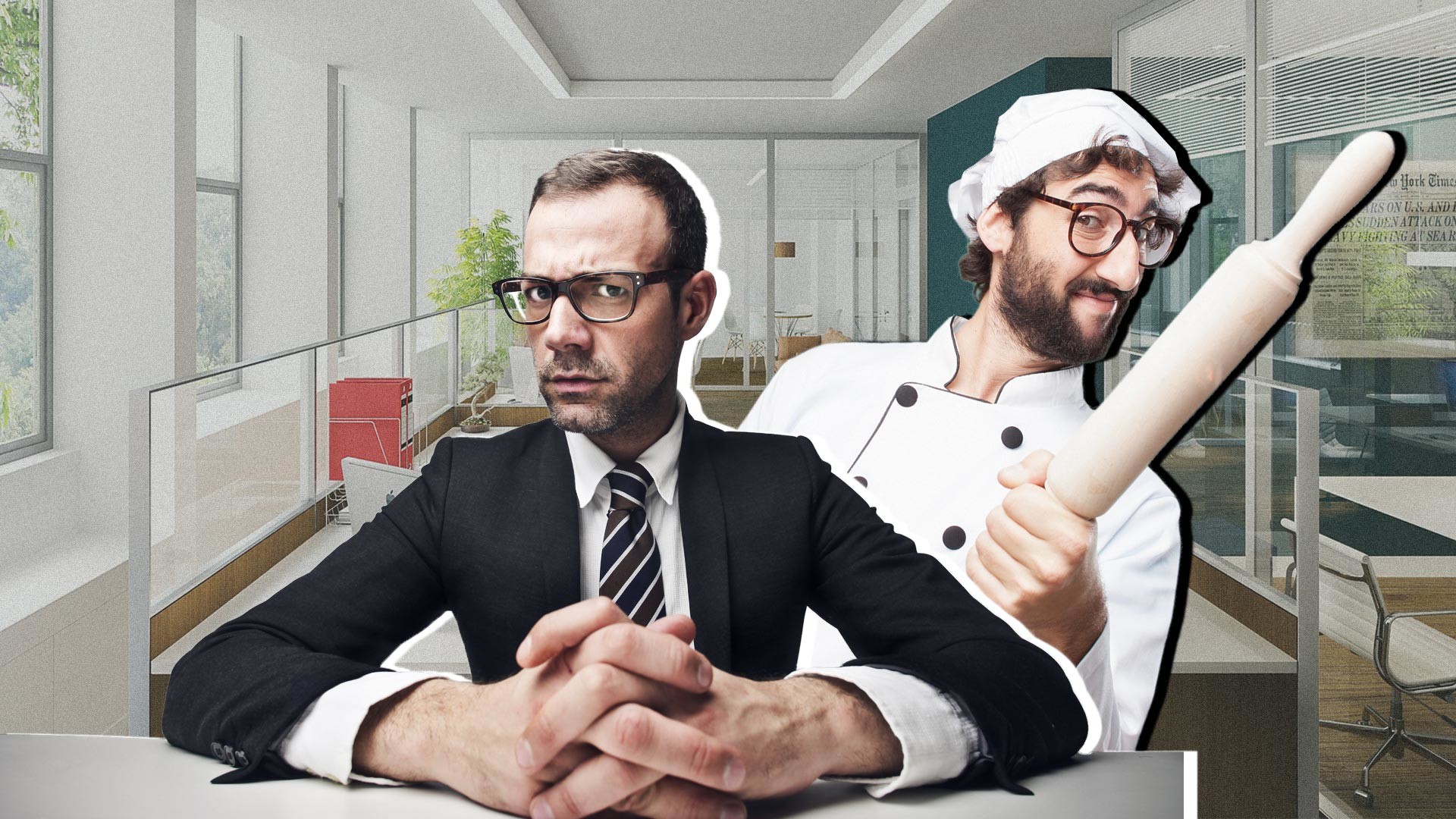 The good news is that in Russia every office has a chef (шеф); the bad news is that these colleagues never do any cooking. In Russian, chef means any kind of boss. In Old French, a ‘chef’ was a leader; it is where the word ‘chief’ comes from. While Russian keeps the original French meaning for chef, in English, it is now only used to mean one very important kind of leader: a chef de cuisine.

The Russian word for a chef is povar (повар) ‒ but will also include ‘chef’(boss) if they are the head of the kitchen, a chef-povar (шеф-повар). 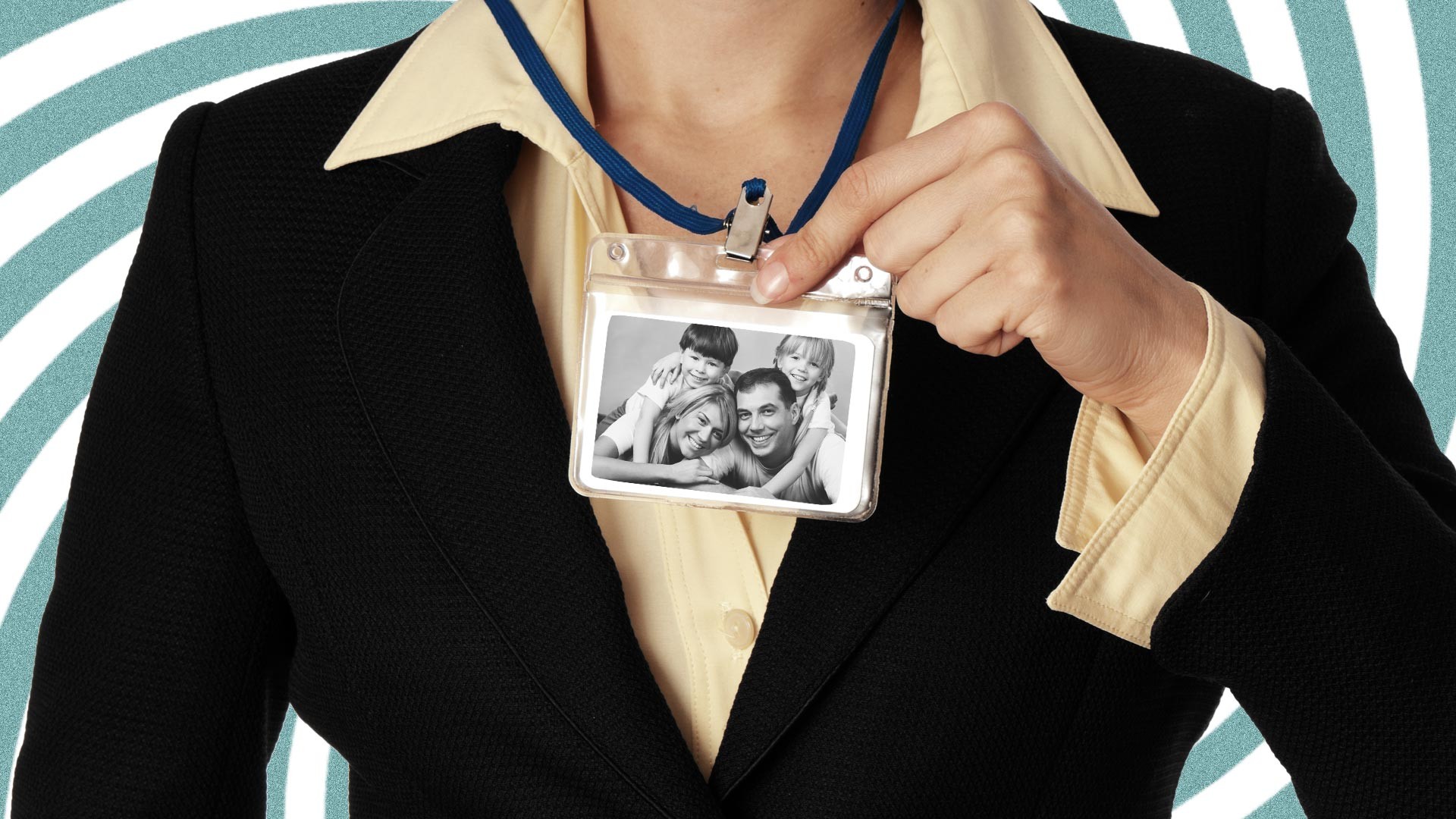 This false friend is logical enough: in Russian, your familiya (фамилия) is your family name – your surname.

In Russian, a family is a semya (семья). The adjective is semeinyi, so a family budget is a semeinyi byudzhet (семейный бюджет). 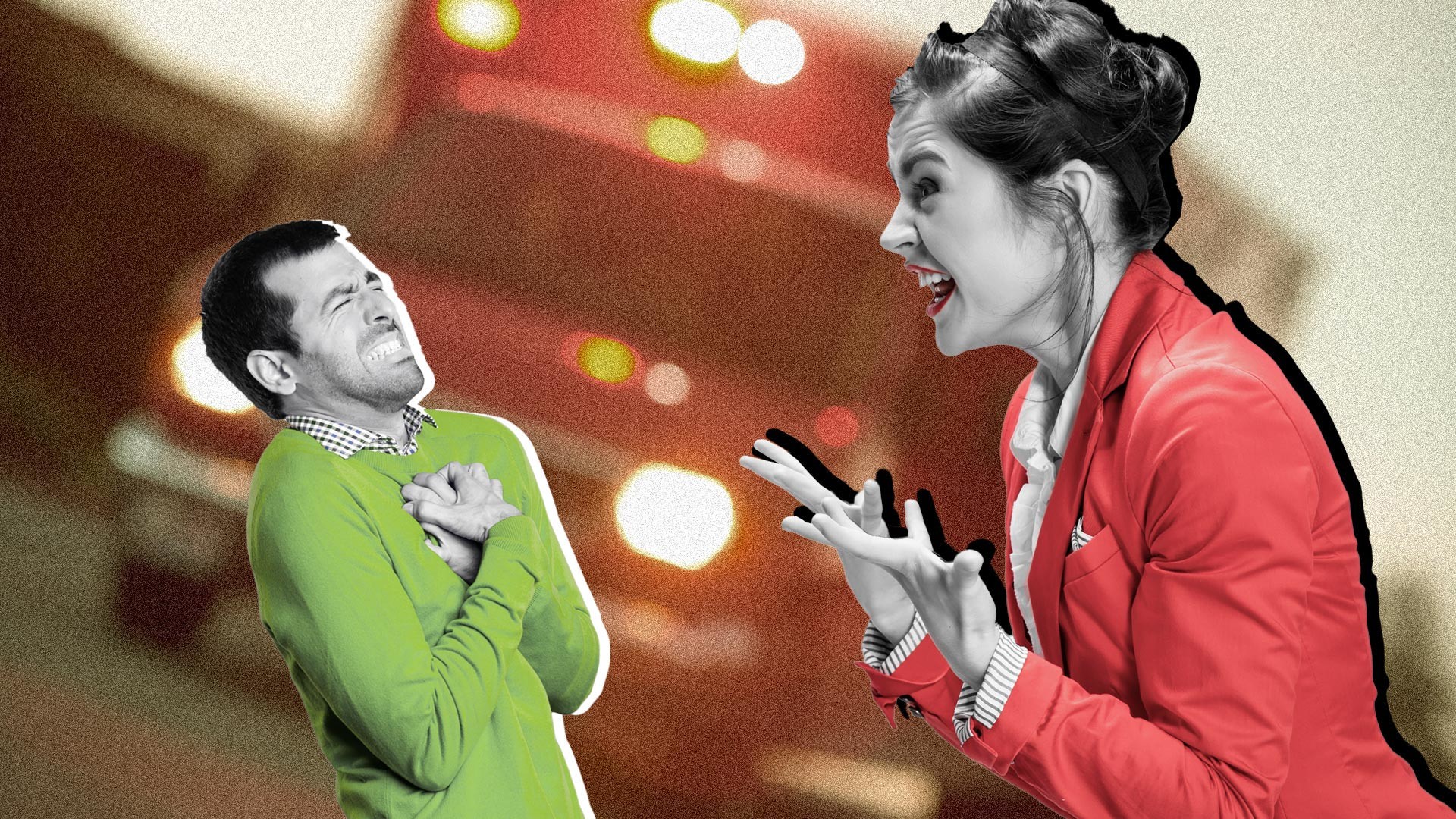 If you suffer an insult (инсульт) in Russian, it is something much more serious. An insult is a stroke. In fact, Russian medicine is full of terms that mean something completely different to what they do in English. Very confusingly, the Russian word for tonsillitis is angina (ангина), while the heart condition angina is stenokardiya (стенокардия). On the plus side, catching herpes is no big deal: gerpes (герпес) in Russian is just a cold sore.

Away from the clinic, if you want to insult someone, you need to think of a good oskorblenie (оскорбление). 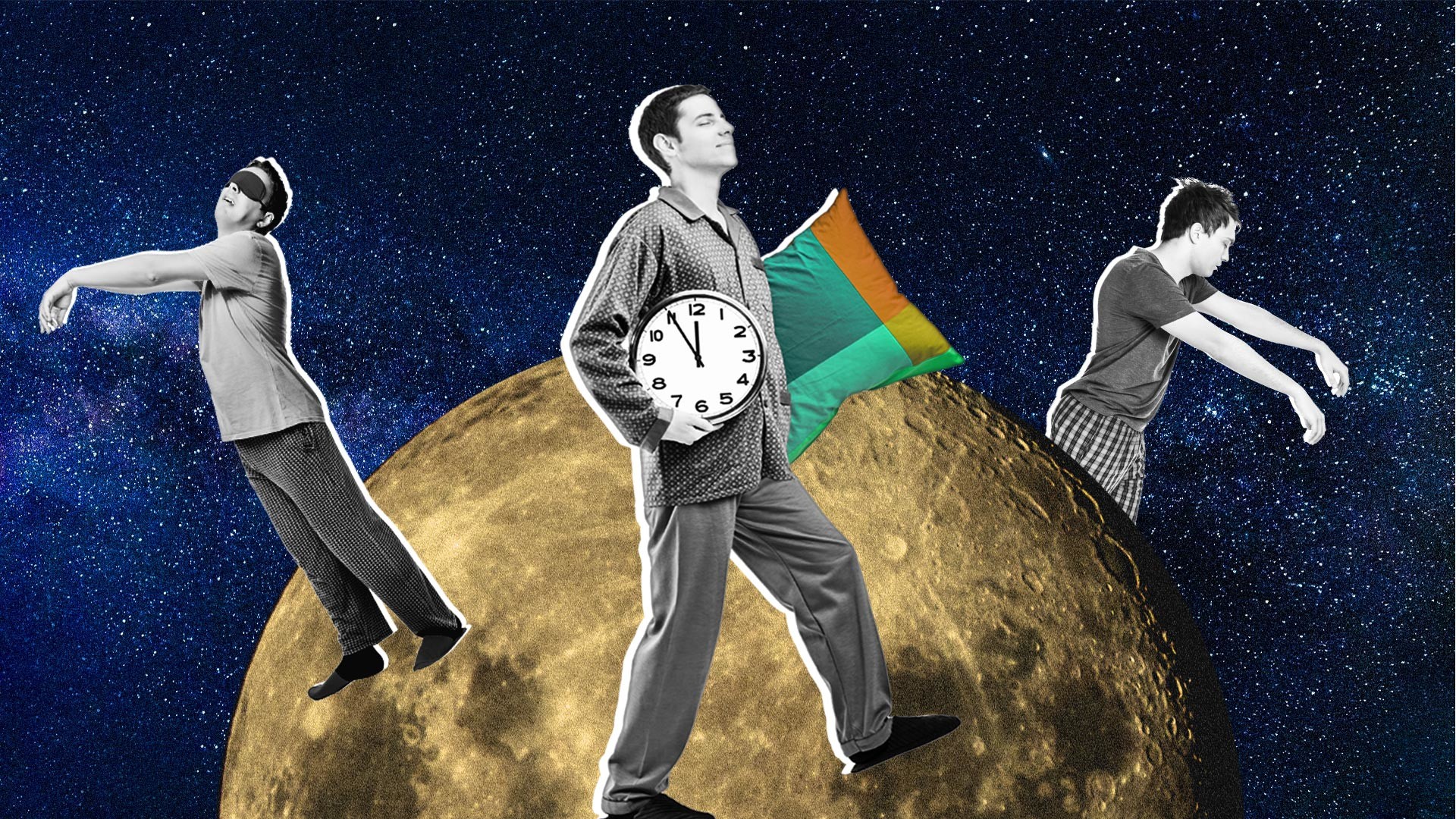 We have always believed that people are influenced by the movement of the moon. Russian uses the Latin word for moon, luna (луна), and has the word lunatik (лунатик) which means a sleepwalker ‒ or anyone who wanders around at night, as if controlled by the moon.

In English, the word is altogether more unkind. It used to be thought that certain phases of the moon brought out peoples’ craziness and, so, ‘lunatic’ translates to the Russian sumasshedshii (сумасшедший). 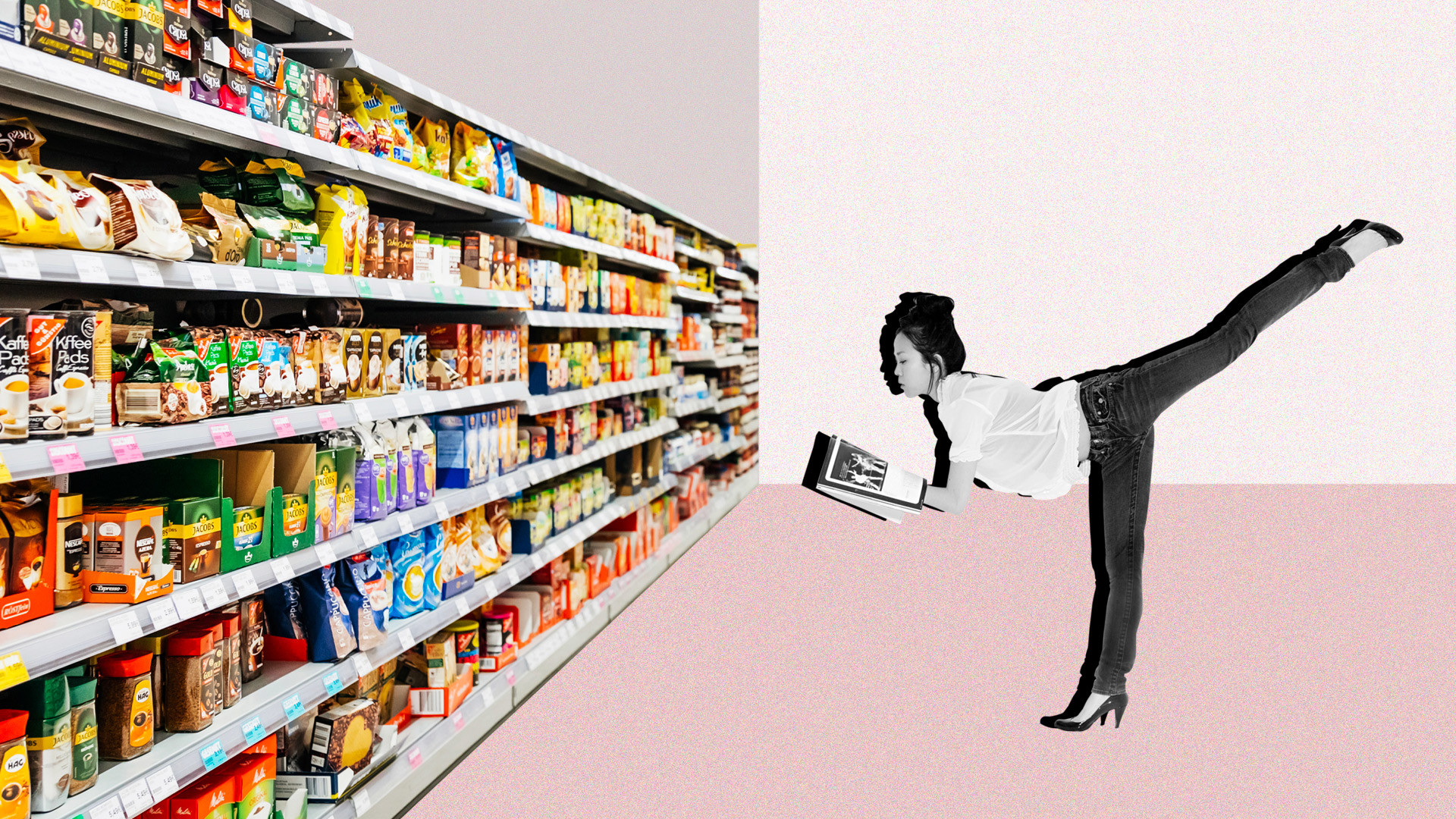 A magazine is only one thing that you might find in a Russian magazin (магазин). It is one of dozens of instances where Russian uses the French meaning of a word, not the English: a magazin is a shop or a store. The abbreviated version of the word, ‘magaz’ (магаз) is one of the great bits of Russian slang...

Even more confusingly, the Russian word for a magazine is zhurnal (журнал), which is another false friend if you’re from North America. A journal, i.e. the little book for writing your thoughts into, is actually a dnevnik (дневник). 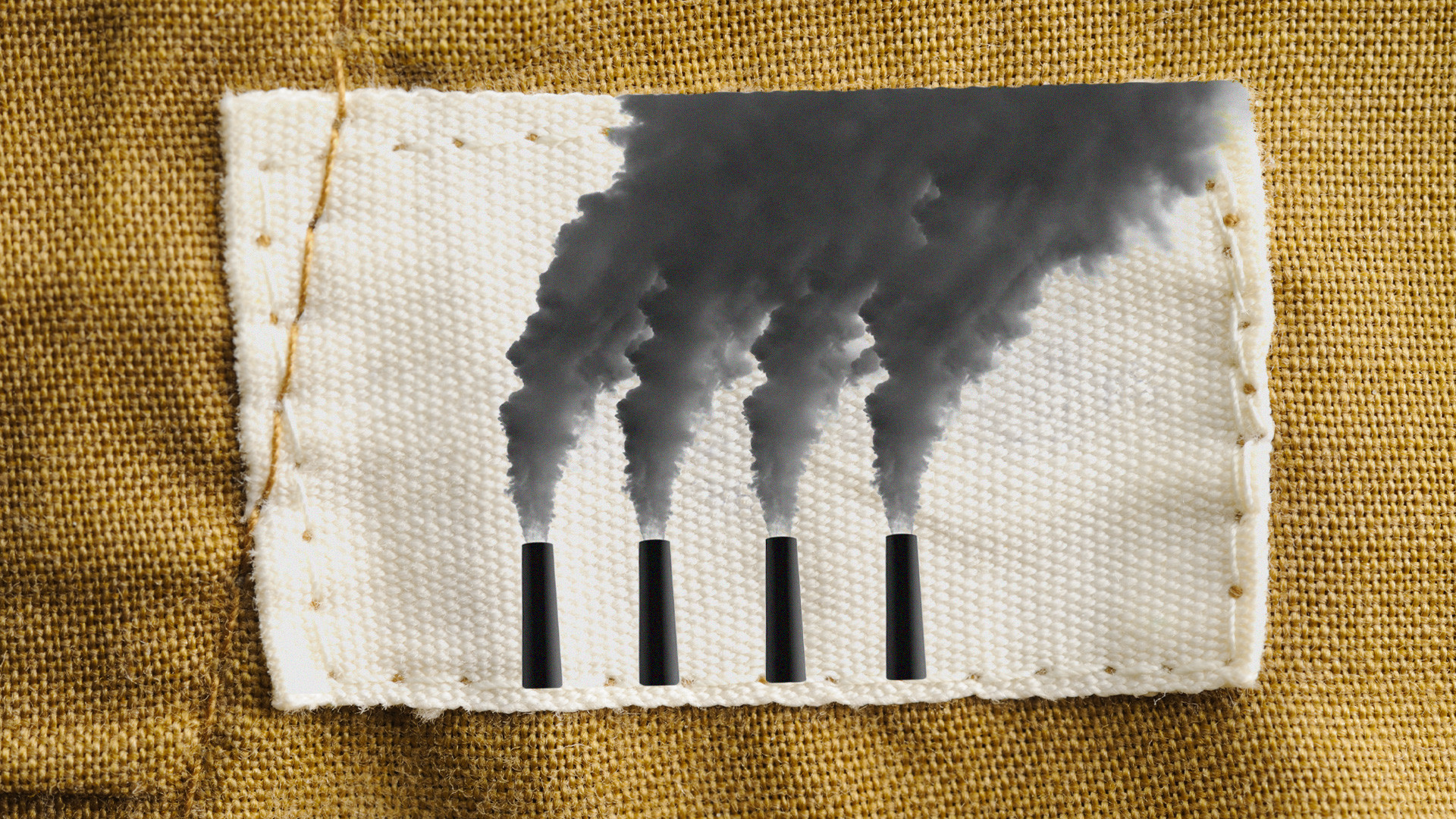 Only some fabriki (фабрики) in Russia have any fabric inside them. The word actually means ‘factory’; it is another instance where Russian uses a French word (‘fabrique’). Fabriki are found in the industrial zones outside most Russian cities, while in the early 2000s, the TV programme Fabrika Zvyozd (Фабрика Звёзд, ‘Star Factory’) was one of Russia’s first ever talent shows.

Meanwhile, in Russian a fabric or textile is a tkan’ (ткань). 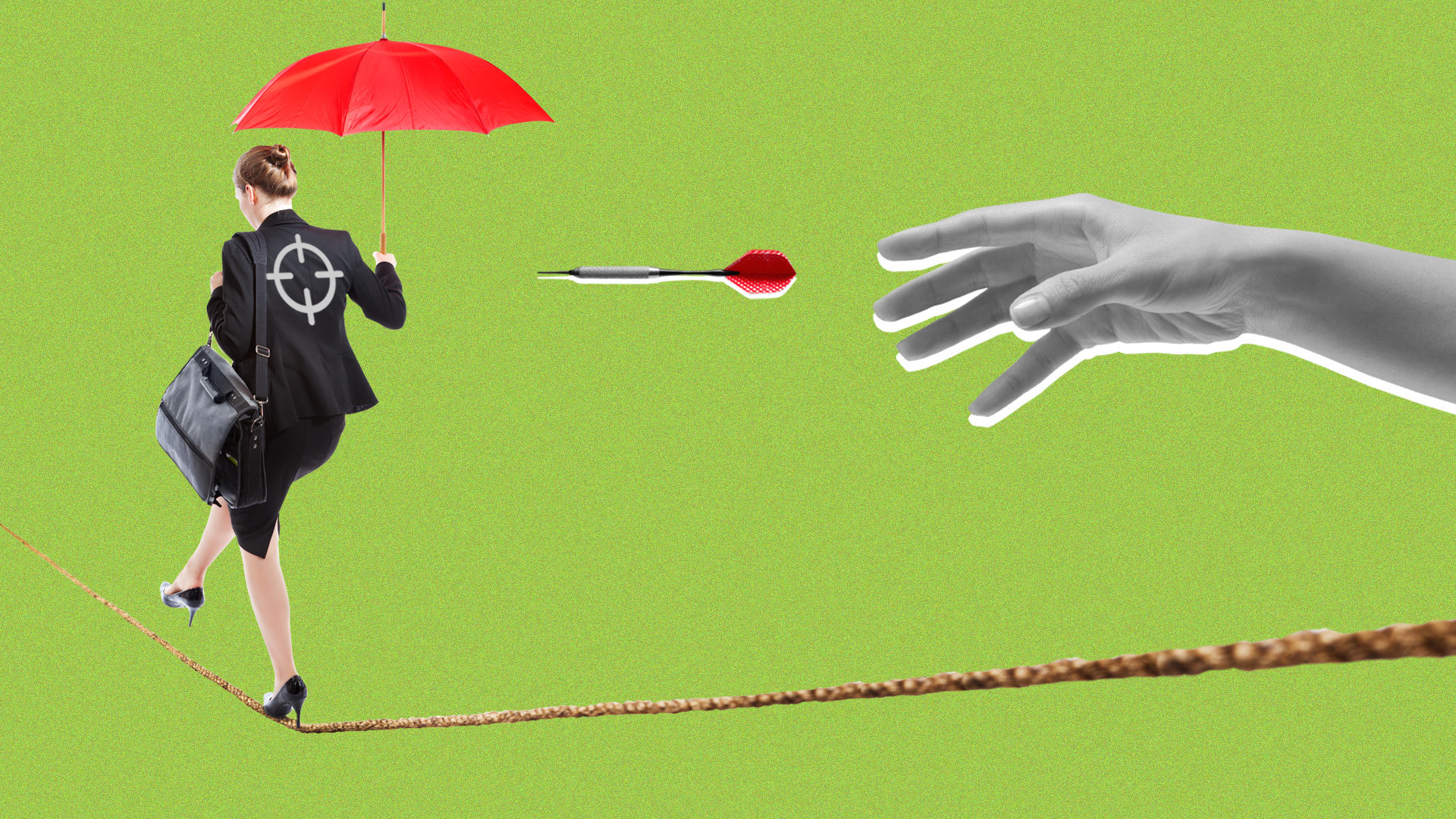 In Russia, dressing yourself akkuratno (аккуратно) doesn’t just mean putting your t-shirt on the right way round. It is a specific type of accurate, closer in meaning to ‘thoughtfully’ or ‘carefully’. When Russians ask you to concentrate on something ‒ walking over an icy street; writing a note by hand… ‒ you will always hear: “Akkuratno!”

On the other hand, the Russian for accurate is tochno (точно): In a soccer match, a shot on target is a tochnyi udar (точный удар).

When all that is said and done, maybe Russian grammar isn’t the hard part after all?