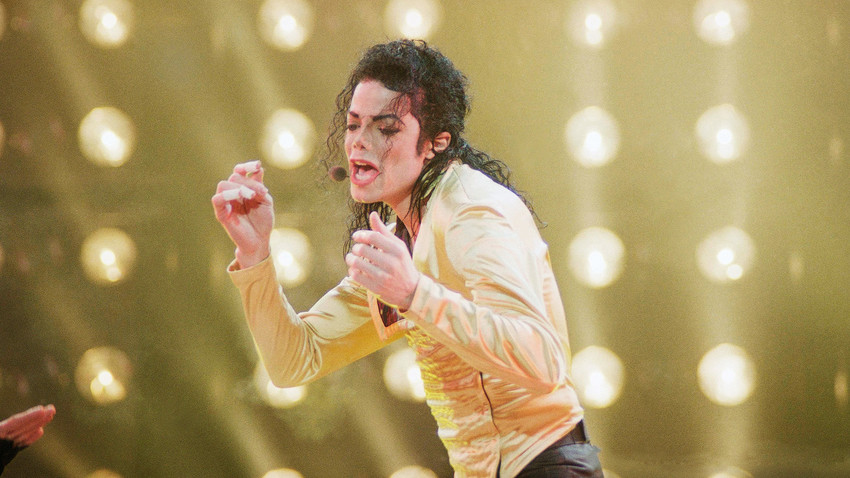 American entertainer Michael Jackson sings during his first and only concert in the former Soviet Union on a rainy night at Moscow’s Olympic Stadiumб Sept. 15, 1993.

Alexander Zemlianichenko/AP
His song, 'Stranger in Moscow,' was inspired by this trip.

Michael Jackson visited Moscow for the first time in September 1993 with the Dangerous World Tour, just two years after the fall of the Soviet Union. His big open-air concert was held at the Luzhniki Open Arena, and it was a very rainy day in Moscow that evening; so wet that his assistants had to sweep the stage constantly during the concert.

Back in his hotel room, he wrote the famous “Stranger in Moscow,” which was included in his History album (1995). “Like a stranger in Moscow… I'm living lonely,” sang Michael Jackson. He looked outside his hotel room and saw the crowds of enthralled fans, who didn't know him in any meaningful sense of the word. That feeling and the cold, bleak urban Moscow setting mixed together and inspired this song.

Jackson visited Russia twice, in 1993 and 1996. He was also the first Westerner to appear in an advert on Russian TV.

Music in Russia Russian history On this day