103 years ago: The Soviet voice Yuri Levitan was born 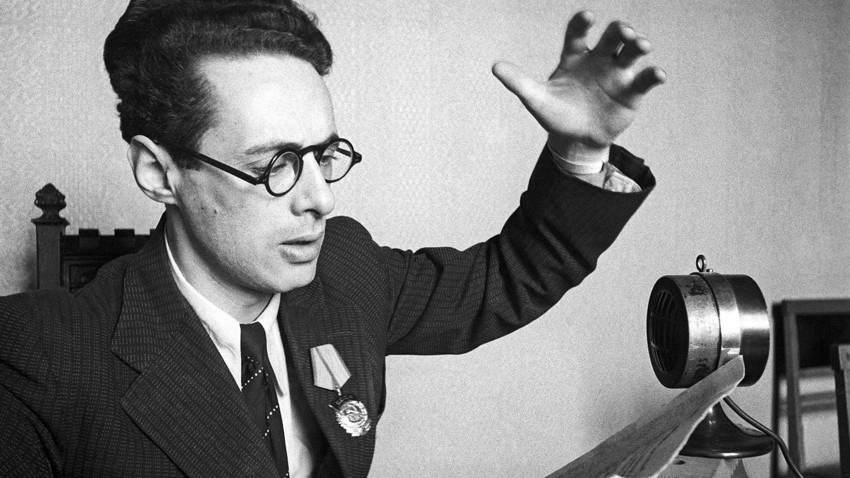 Born on Oct. 2, radio newsreader Yury Levitan became a national legend. Levitan announced the most important events in the USSR for almost 50 years, becoming immortalized in the Soviet Union for the words “Moscow is speaking,” with which he always began his broadcasts.

Levitan came to Moscow from the nearby city of Vladimir. After the theatrical institute refused to him, he was admitted to a group of radio announcers selected by renowned actor Vasily – and then fate took over.

On the morning of June 22, 1941, the phone at the Radio Committee was ringing off the hook due to calls from correspondents in Kiev and Minsk reporting the unexpected attack on the Soviet Union by Nazi Germany. "Attention! Moscow is speaking! Citizens of the Soviet Union! We are transmitting an announcement from the Soviet government. Today at four o'clock in the morning, without presenting any claims to the Soviet Union, without declaring war, German forces invaded our country…" announced Yury Levitan, beginning four years of regular broadcasts on the progress of the Red Army in its struggle to push back the Nazis.

During the war between 1941 and 1945, Levitan read around 2,000 reports in total from the Soviet Information Bureau.

Levitan died from a heart attack in 1983, in Prokhorovka, during commemorations of the Battle of Kursk.