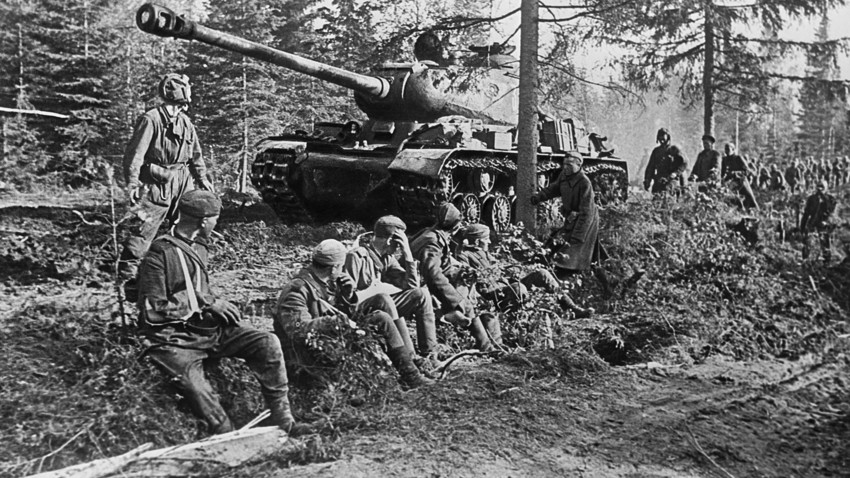 A heavy tank IS-2 and soldiers on a forest road.

The heavy tank IS-2 (Joseph Stalin) was produced from 1943-1953. On Oct. 31, it entered the service of the Soviet Red Army to resist the German tank troops. It was created to smash heavily fortified enemy positions and combat heavy tanks.

The IS-2 tanks played a significant role in the battles of WWII from 1944-1945, especially during the storming of cities.

After the war, the tank was modernized and remained in use until 1995.

tanks On this day