103 years ago: Russia declared war on the Ottoman Empire 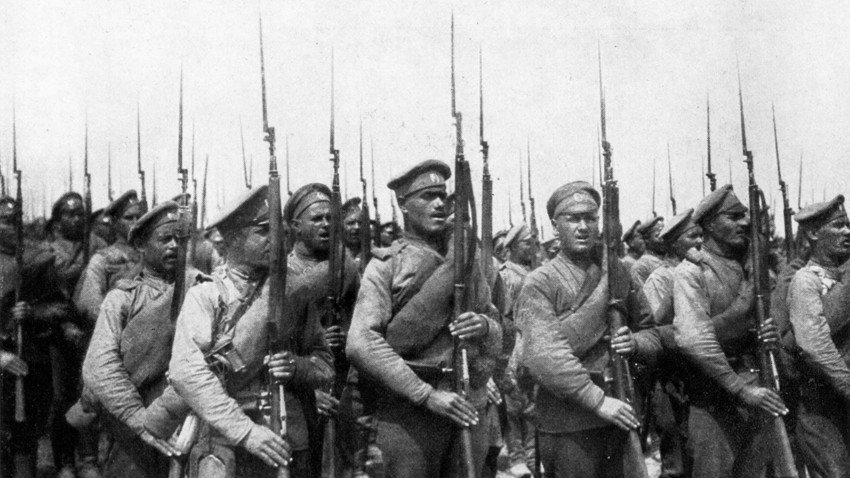 Russian soldiers during the WWI.

The Russian and Ottoman Empires had been warring over strategic interests in the Balkans and Caucasus for centuries. The two crumbling empires had already sparred in 1856 and 1877 over Russia’s age-old problem of the Black Sea Fleet’s lack of access to the Mediterranean.

This tension came to a head in 1914, exacerbated by Russia’s support for Slavic nationalist movements in areas of Ottoman interest, such as Serbia.

With Russia already embroiled in conflict against Germany and Austria-Hungary, Emperor Nicholas II was encouraged by his French and British allies to try and annex Constantinople to give the Entente powers a better command over the Mediterranean.

Although Russia’s WWI campaign was generally an enormous failure, some of the army’s biggest victories came against the Turks. By 1916, the Russian army had reached the city of Erzincan, well into modern-day Turkey.

The conflict came to an end amidst the Brest-Litovsk Treaty and Russia’s exit from WWI. However, the Ottoman Empire’s regional enemies, Armenia and Azerbaijan, eventually opted to join the USSR to protect themselves from future Turkish invasions.

world war i On this day