100 years ago: Lenin and the Bolsheviks stormed the Winter Palace 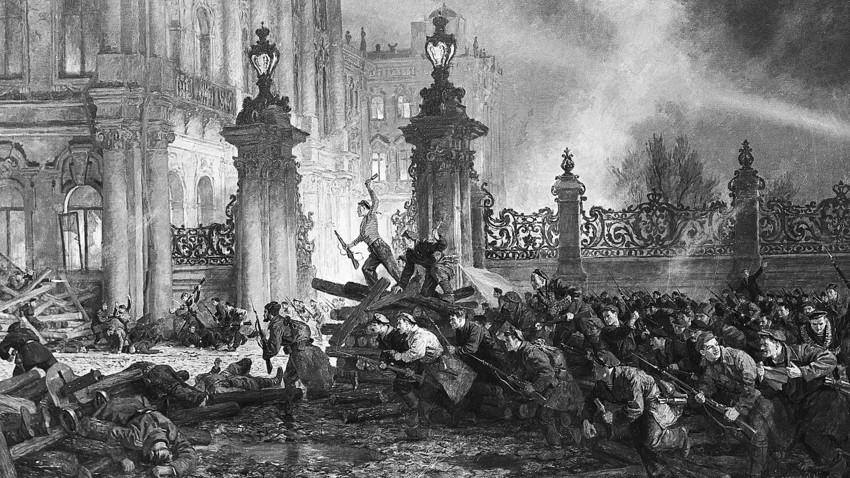 The storming of the Winter Palace, 1917.

The surrender of the provisional government 100 years ago on Nov. 7 set the October Revolution in motion and braced Russia for civil war.

The October Revolution (called so because the overthrow took place on Oct. 25 on the Julian calendar) brought Petrograd under the control of its workers, who had been disillusioned with the chaos of the WWI.

The seizure of Petrograd was relatively straightforward, as the workers at most key infrastructure points were loyal to the Bolshevik-dominated Petrograd Soviet. After Lenin and the Military Revolutionary Committee announced a coup the day before, rail workers and Kronstadt sailors rallied and marched on the city center.

The Winter Palace was poorly defended by 3,000 cadets, Cossacks, and female soldiers, and contrary to heroic depictions later given by Soviet filmmakers, the provisional government surrendered with little resistance. In fact, the Bolsheviks actively avoided potentially fatal situations within the Winter Palace, delaying the storming by several hours.

The first cadets surrendered their positions at 6:15 and the provisional government’s cabinet officially surrendered at 2:10 a.m. By the next day, the Russian capital was governed by the Second Congress of Soviets, consisting solely of Bolsheviks and Left Socialist-Revolutionaries.

1917 Russian Revolution On this day