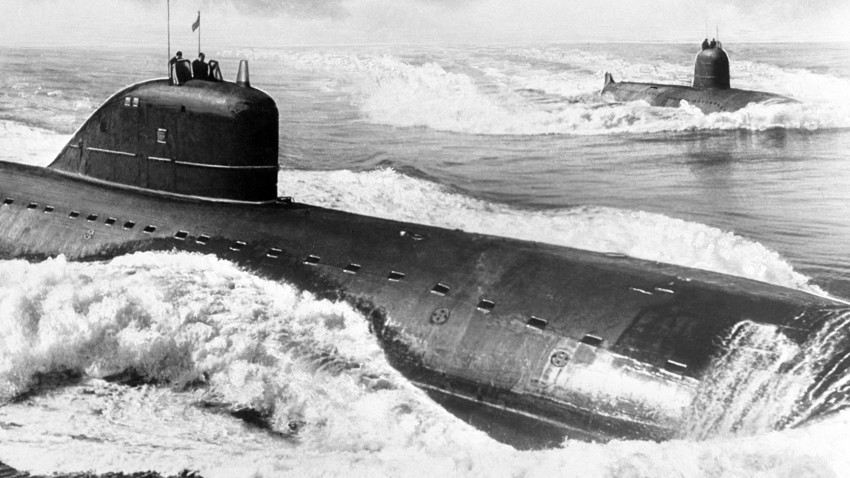 Soviet nuclear submarines are sailing to the mission in 1973

K.Kulichenko/TASS
Although U.S. sailors were terrified and impressed by the unusual tactical maneuver of Soviet submarines, nicknamed “Crazy Ivan”, it was, in fact, routine for the Soviet Navy.

During the Cold War period, the confrontation between Soviet and US submarines was played out across the Seven Seas. Soviet strategic missile submarines were pursued by US hunter submarines, just as Soviet submarines hunted US ones.

As Igor Kurdin, former captain of the К-241, К-84 and К-40 ballistic missile submarines told Russia Beyond, the main task of a nuclear-armed submarine on combat duty was to outrun its pursuers, since a vital strategic strike couldn’t be carried out if there was an enemy submarine on its trail.

Winning in this cat-and-mouse game was complicated by the fact that each submarine had a “dead zone” or “baffles” — an area behind the vessel that sonar couldn’t “hear” due to the noise of the mechanisms and propellers. US hunters hid in this zone and followed Soviet strategic submarines unmarked.

There was a special tactical maneuver to detect such submarines called “Verify absence of tracking,” Kurdin said. Still, the Americans invented their own name for it — “Crazy Ivan.”

It essentially consisted of the submarine executing sharp and frequent course reversals in an underwater position, including 90 and even 180 degree turns, in order to detect objects in the “dead zone” using sonar.

How “Crazy Ivan” was born

The phrase first appeared after an incident with the Soviet K-108 nuclear submarine and the Sturgeon-class USS Tautog (SSN-639) submarine on June 20, 1970, in the Sea of Okhotsk, not far from Kamchatka.

The Tautog was following the Soviet submarine at the shortest distance possible without being detected by the Russians. Suddenly the K-108 began a series of sharp turns, and disappeared from the sonar screen of the SSN-639. 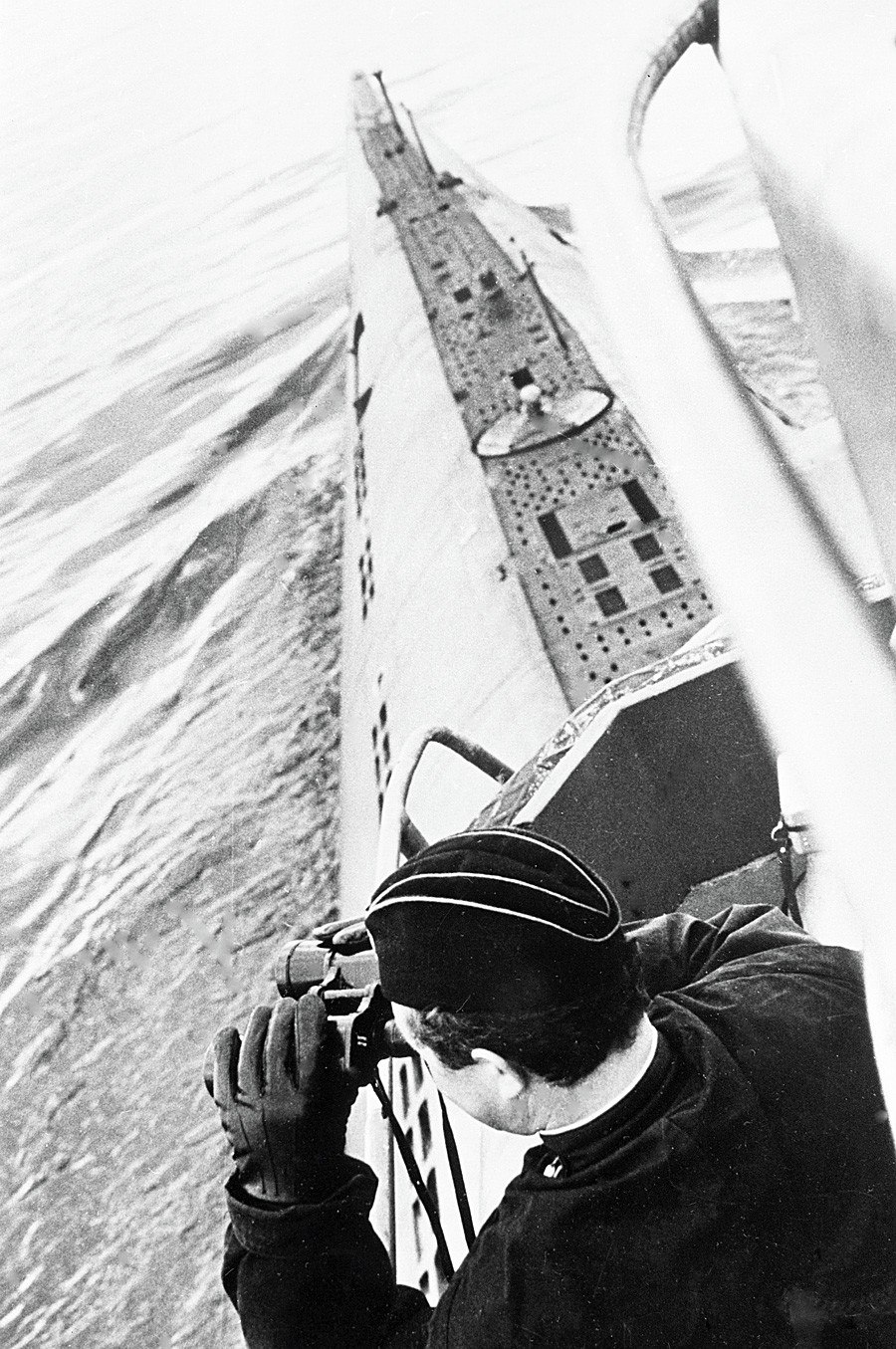 Soviet submarine commander scans the horizon through binoculars in 1968

The Americans couldn’t detect its location, until the Tautog unexpectedly slammed the belly of the Soviet sub with its deckhouse. Fortunately, there were no casualties or critical damage, and the submarines returned to their home ports.

The US Navy was shocked and at first didn’t know how to react to such a dangerous and unpredictable maneuver. After the incident, US sailors were ordered to maintain a greater distance from Soviet vessels during tracking.

The only way to counter “Crazy Ivan” was to stop the engines dead and operate in full silence mode so as not to be heard.

However, the submarine was going forward by inertia, and the clash in 1970 was not the only case. Fortunately, such collisions never ended in major catastrophes.

When “Crazy Ivan” is dangerous

Still, there was an episode when the maneuver ended in the wreck of a Soviet submarine. But without the involvement of a US vessel, it should be noted.

In September 1986, the K-219 ballistic missile submarine went on a voyage to the Atlantic. A small leak in the sixth silo was ignored, but soon turned into a major problem. The sailors had to pump the water out twice a day.

And it was then that “Crazy Ivan” served as a catalyst for the ensuing accident.

The complicated maneuver led to the full depressurization of the missile silo, which then filled with water. The explosion of a conventional warhead ejected an R-27 nuclear missile into the ocean.

The crew brought the submarine to the surface, and all lives but one were saved by Soviet civil vessels. As for the K-219, it sunk in the Sargasso Sea to a depth of almost 6 km, where it remains to this day.