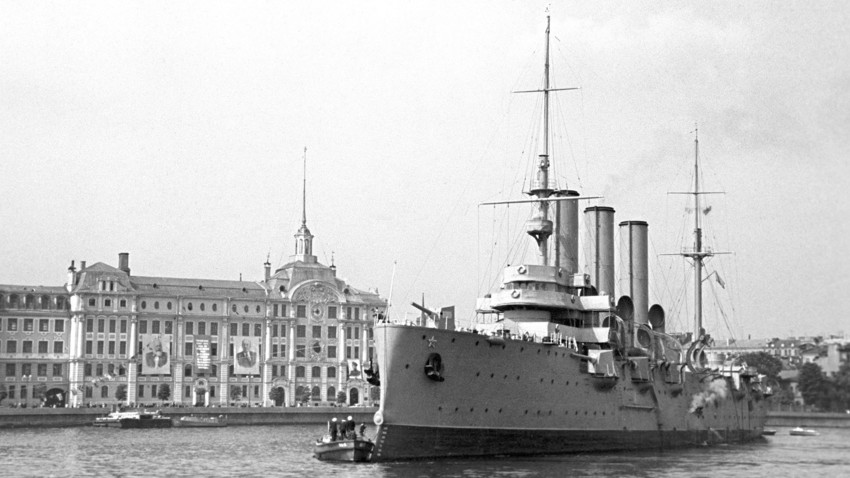 Narovlyansky/TASS
The symbol of 1917 Revolution became a tourist attraction.

The Aurora is considered the principal symbol of the 1917 Revolution. According to the popular account of the uprising, the cruiser fired a blank shot to spark the Bolshevik storming of the Winter Palace, the seat of the Provisional Government.

After WWII, the cruiser became a training base for the Nakhimov Naval Academy.

On Nov. 17, 1948, the cruiser was permanently anchored at the Petrogradskaya Embankment in central St. Petersburg and became a museum. The Aurora reopened for tourists in 2016 after nearly two years of repairs.