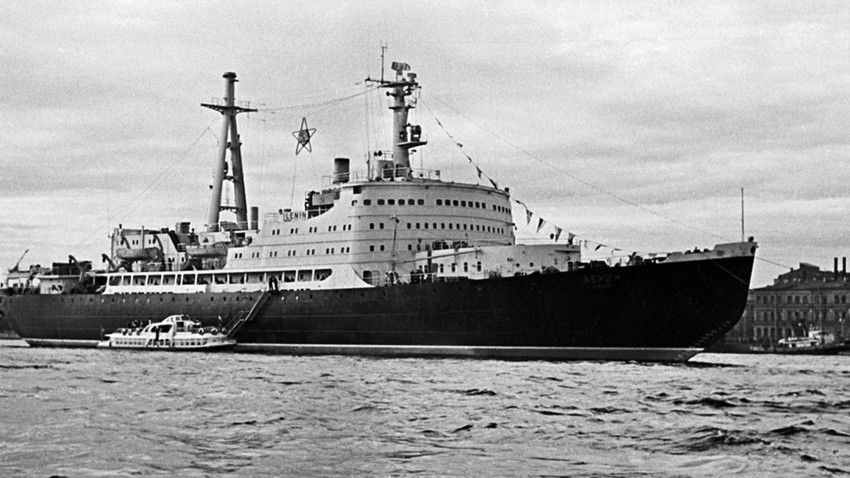 RIA Novosti
For 30 years it led thousands of ships through the ice.

The “Lenin” atomic icebreaker was the first nuclear-powered ship. It was designed and built to serve on the Northern Sea route (between Russia’s and the European part of Russia), and expeditions in the Arctic. The Lenin icebreaker was 134-meters long and 27 wide. It also had a landing pad for helicopters.

On this day icebreaker