Why did the USSR help to create Israel, but then became its foe

June 1948: Israeli soldiers travel on route 7 to Jerusalem during the War of Independence

Getty Images
Joseph Stalin strongly supported the creation of Israel in 1947 because he hoped the Jewish state would be a Soviet ally in the Middle East. But when things didn’t work out between Moscow and Tel Aviv, the Soviet Union became hostile and turned into a staunch Arab ally.

In 1947, the situation in the Middle East was very tense, with bombs and violent clashes every week. Great Britain, which had been administrating Palestine since 1920, wanted to terminate the mandate and let the ex-colony go free. Still, it was clear that independence would lead to more bloodshed and war.

Tensions were rising between Palestine Arabs (1.2 million people, or 65 percent of the population) and Jewish settlers (608,000 people, or 35 percent of the total). Arabs didn’t want a Jewish state in Palestine and threatened to “throw it into the sea,” if one was created. But the Jews, who had just suffered the horrors of the Holocaust, were ready to fight to establish their homeland.

Still, they needed diplomatic and economic support, and one of their main allies in the Independence War of 1948-1949 (Arabs know it as The Catastrophe) would be unexpected. Desiring to expand the Soviet sphere of influence after victory in World War II, Stalin was ready to offer support to the Jews.

Stalin, however, was not keen on promoting Jewish interests in Palestine. He had already launched several projects to give Soviet Jews national autonomy within the borders of the USSR, but these initiatives failed. As for Israel, Stalin was not going to let Soviet Jewish citizens emigrate there. 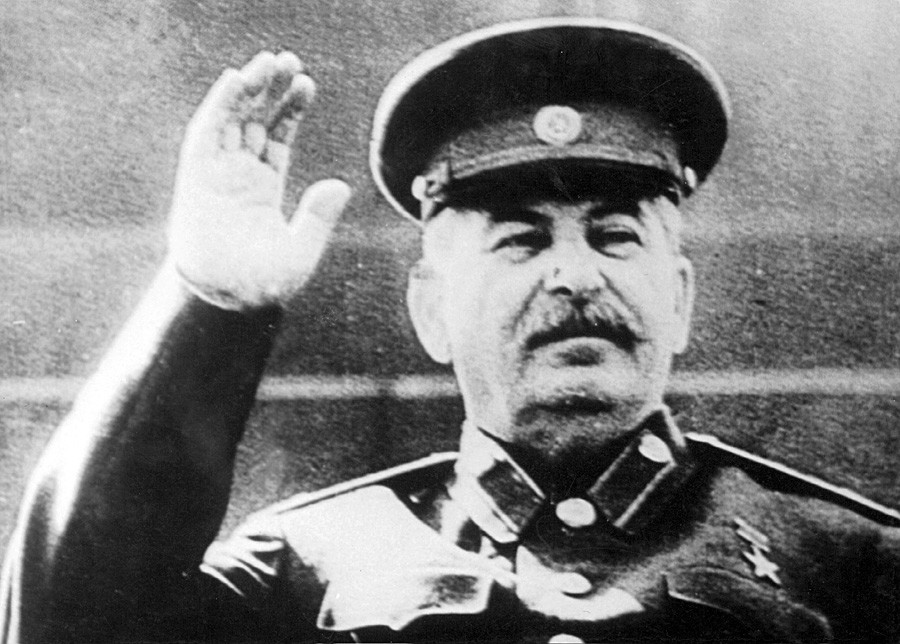 Joseph Stalin didn't care much about Jewish people but, pursuing his own goals, helped them to win their statehood.

As Leonid Mlechin, a Russian historian and journalist told Ekho Moskvy radio, “creating a Jewish state in Palestine was a way for Stalin to push a weakened Great Britain, which he hated, out of the Middle East.” Since Arab regimes were often pro-British, Stalin preferred to work with the Zionists.

Previously a Soviet ally in World War II and now a geopolitical rival, Great Britain was also hated by Jewish settlers. In 1946, Zionist militants bombed Jerusalem’s King David Hotel, where the British administration was housed, killing 91 people. Driving out the British was a goal shared by the Zionists and the USSR, though for different reasons.

After Great Britain’s mandate was terminated, the Palestinian issue passed to the United Nations, which had to find a solution. While Great Britain didn’t support the idea of creating an independent Jewish state, the two main powers in the post-war order, the USSR and the U.S., opted for a two-state solution, which in turn was strongly opposed by Arab states. In November 1947, the issue was voted on during the UN General Assembly plenary meeting. 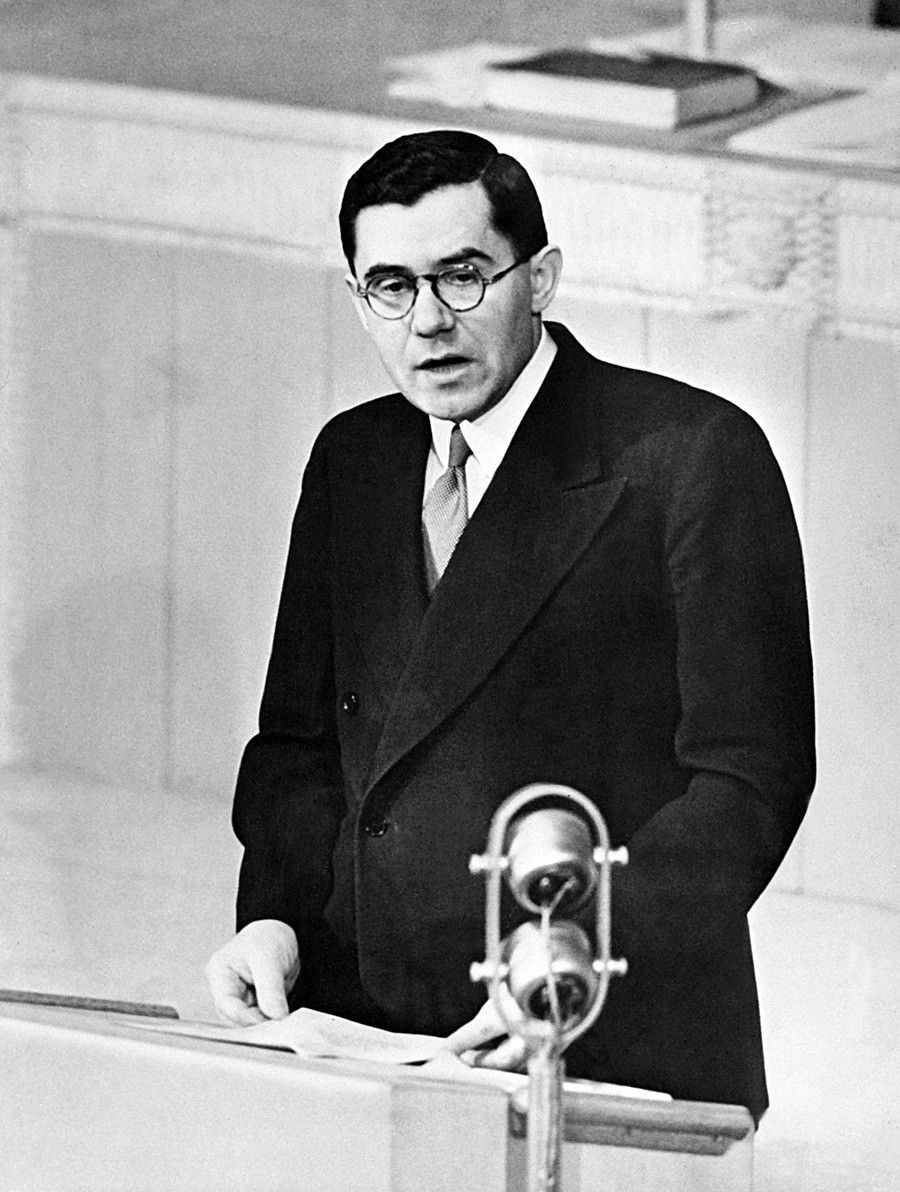 Andrei Gromyko, the Permanent Representative of the Soviet Union to the United Nations, showed strong support for Israel's case.

Soviet ambassador to the UN, Andrei Gromyko, said during his speech: “The Jewish people have been connected with Palestine throughout a long historical period.” This contravened the Arab that the creation of Israel was unjust. The USSR was the first country to officially recognize Israel, two days after it declared independence on May 14, 1948.

The U.S., which also supported the creation of Israel, officially banned weapon supplies to the Middle East. Unlike the Americans, however, Moscow sent arms to the Zionists, though unofficially and through other countries, such as Czechoslovakia. The USSR used German weapons captured at the end of the war. 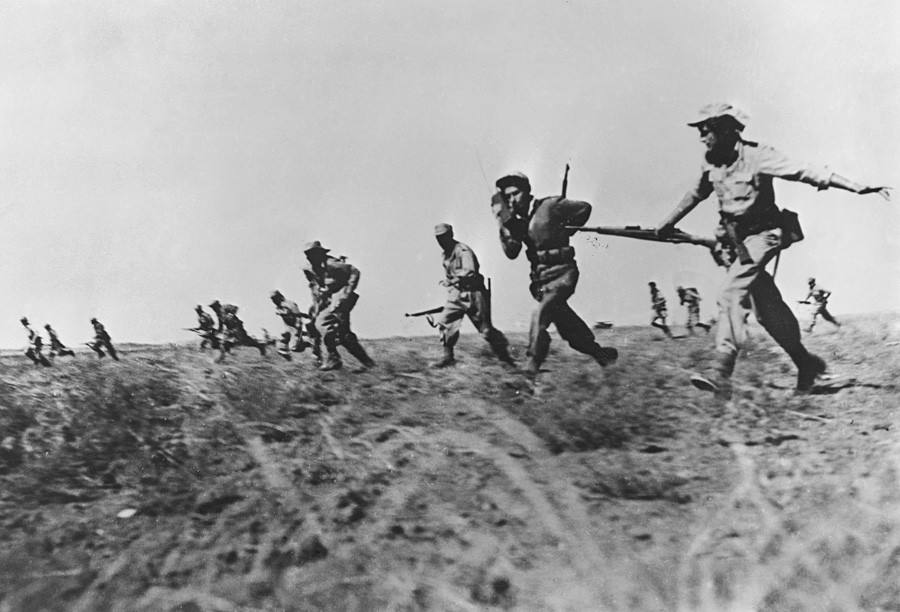 Israeli infantry making a full assault on Egyptian forces in the Negev area of Israel during the War of Independence.

Israel got rifles, mortars and even several Messerschmitt fighter planes from Czechoslovakia, of course, with Soviet permission and consent. This wasn’t the only source of weapons for the Jewish state. Basically, they were getting arms from around the world any way possible, but the USSR definitely played a major role in Israel’s victory in 1948.

Stalin’s support for the Israeli cause didn’t last long. As Julius Kosharovsky, a Russian-born Israeli historian, said in his book on the Zionist movement in the USSR, bilateral relations deteriorated soon after Golda Meir, Israel’s envoy to Russia, raised the issue of the emigration of Soviet Jews to Israel. 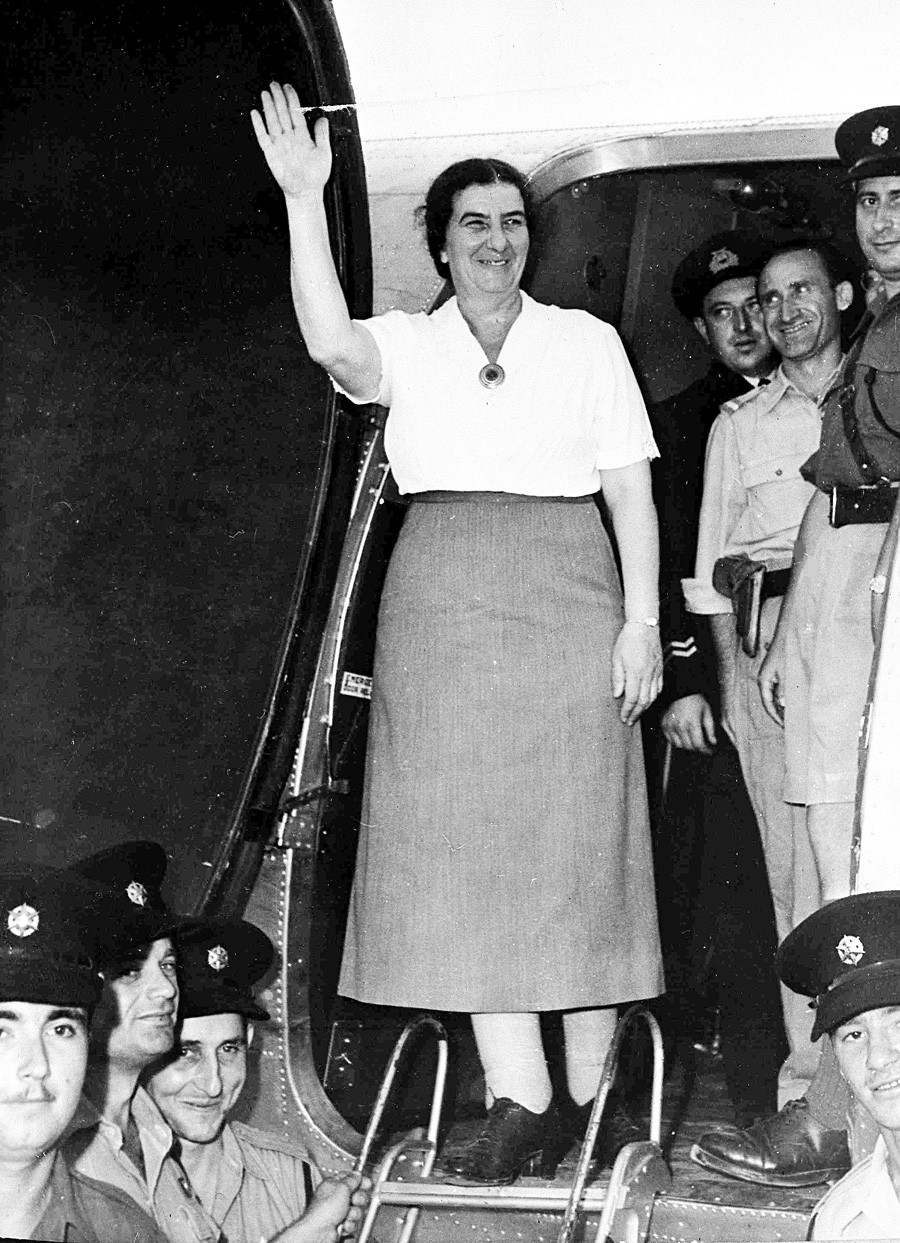 The answer was a strict “No.” The official Soviet position was that all Soviet Jews, like all Soviet people in general, were extremely happy and didn’t need any Promised Land. Israeli politicians couldn’t accept this, and they soon turned to the U.S. as their main ally.

Israel’s new alliance with the U.S. had severe consequences in the coming years and decades. For example, in 1952, 13 members of the Soviet-based Jewish Anti-Fascist Committee were arrested and executed. Also, starting in the early 1950s and until the Cold War’s end, the USSR supported the Arabs in their conflict with Israel.