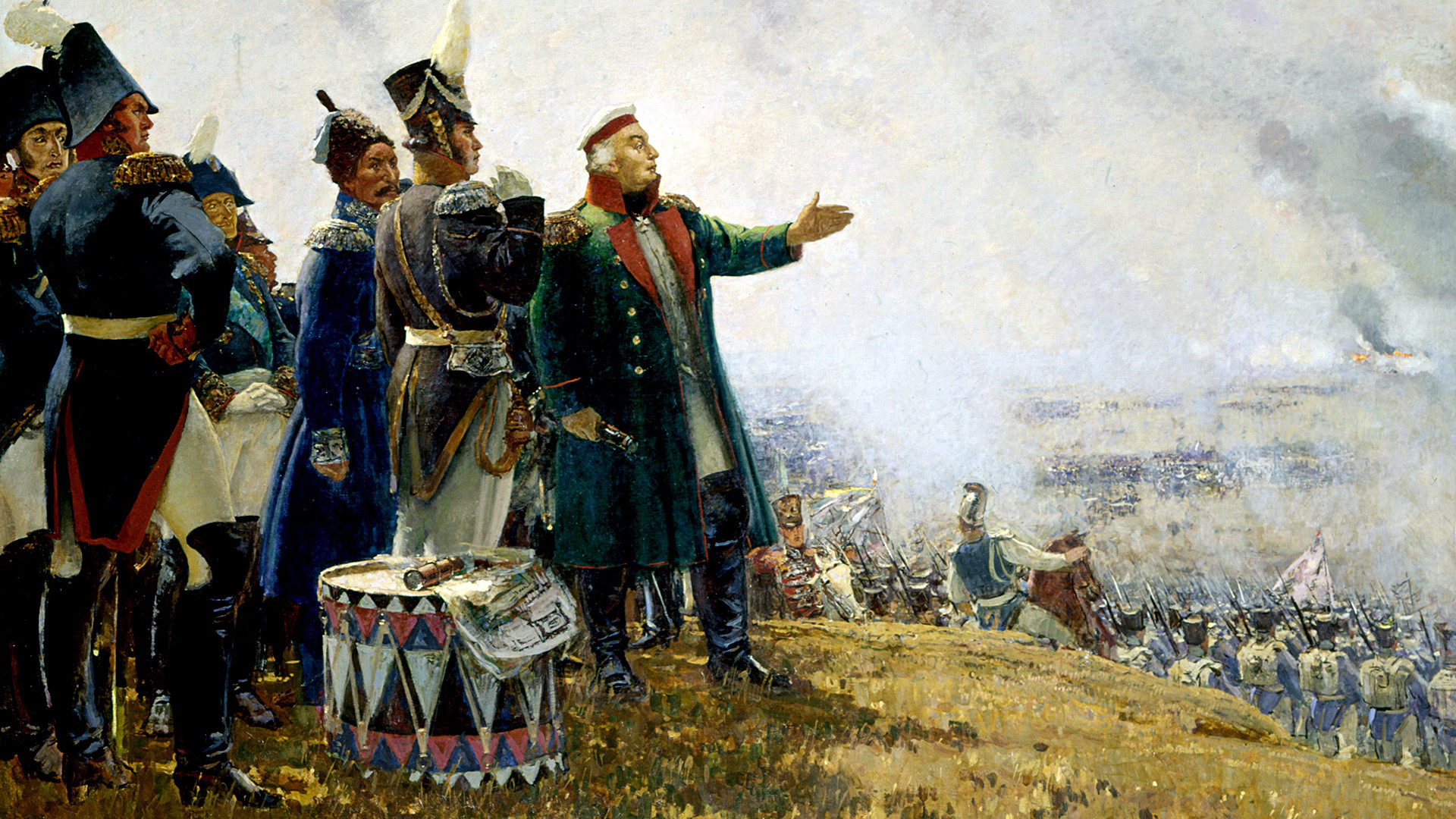 Global Look Press
During its long history, Russia has waged countless wars and conflicts, quite often victoriously. But if some of its victories are consigned to oblivion, the fruits of others still impact on the present. 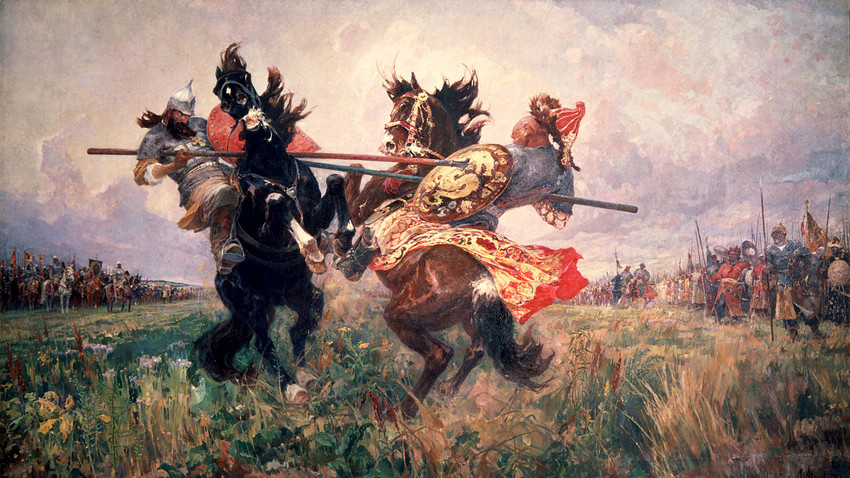 Since the middle of the 13th century the various Russian principalities had been politically and economically dependent on the Golden Horde. In the late 14th century the strengthened Moscow Principality tried to throw off the power of the khans.

Following the assassination of Khan Berdi Beg (Berdibek) in 1359, the Golden Horde descended into the chaos of internecine wars for the throne, known as the “Great Troubles.”

The Russian principalities were forced to deal with Mamai, one of the major Mongol generals. He was not among the descendants of Genghis Khan, and thus didn’t have a right to rule the Golden Horde. Putting a puppet khan Bulak on the throne, Mamai in fact usurped power.

In 1374, Prince of Moscow Dmitry Ivanovich (later - Donskoy) refused to pay tribute to the Mongols, which was followed by a series of clashes. After defeat in the battle on the Pyana River in 1377, Russian troops crushed the Mongols at the Battle of the Vozha River the next year – the first serious Russian victory over the Golden Horde.

The Battle of Kulikovo in 1380 became the culmination of the war. Mamai’s troops suffered a stunning defeat. He could no longer hold on to power in the Golden Horde and lost it to Tokhtamysh, a descendent of Genghis Khan and the new ruler of the Mongol state.

The Battle of Kulikovo didn’t liberate the Russian principalities from the power of the Mongols. Tokhtamysh restored it by burning Moscow in 1382. Russia was finally liberated from the Mongols only 100 years later, after the "Great Stand" on the Ugra River in 1480.

Still, the importance of the victory in the Battle of Kulikovo was great. The authority and military prestige of Mongols were seriously damaged. They never restored their influence over the Russians as it had been before.

The battle determined the future face of the Russian state, since the Moscow Principality irreversibly established itself as the political center of unification of the Russian principalities. 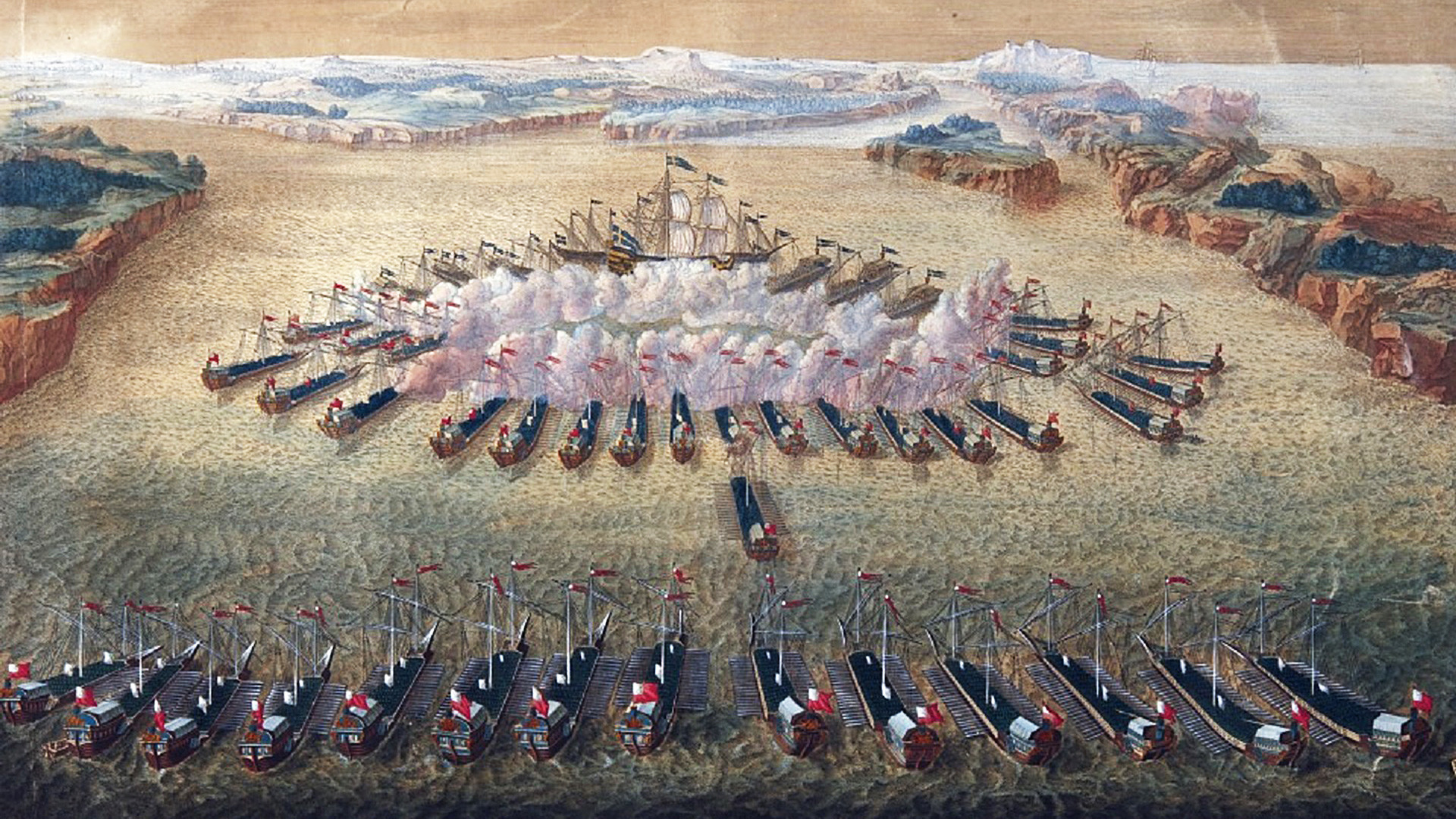 This war became one of the most important in Russian history, as it marked  Russia's rebirth as an empire.

For years the Russian state had tried to seize Livonia and Estonia and secure access to the Baltic Sea. The last major attempt was made by Ivan IV, but ended in catastrophe when the Tsardom of Muscovy was defeated by two enemies: Sweden and the Polish-Lithuanian Commonwealth.

In light of this bitter experience, Peter the Great prepared for the next war more thoroughly. The Northern Alliance between Russia, the Polish-Lithuanian Commonwealth, Denmark and Saxony planned to crush the hegemon of Eastern and Northern Europe – the Swedish Kingdom.

However, after the Swedish King Karl XII defeated all members of the Northern Alliance, Russia faced the strong Swedish army alone. The Battle of Narva in 1701 was a disaster for the Russian army and forced Peter the Great to undertake deep military reforms.

The Russian Tsar was persistent in reaching his main goal – to carve a “window to Europe”. He founded the future capital of Russia, St .Petersburg, in 1703 on land just seized from the Swedes,, and finally defeated Sweden with his modernized army in the Battle of Poltava (1709).  1714 saw the naval Battle of Gangut (1714), the first important victory of the Russian fleet in its history.

After the Treaty of Nystad was concluded in 1721, Russia acquired the vast territories of Livonia, Estonia, Ingria and part of Karelia. The newly proclaimed Russian Empire began to play an active role in European politics. 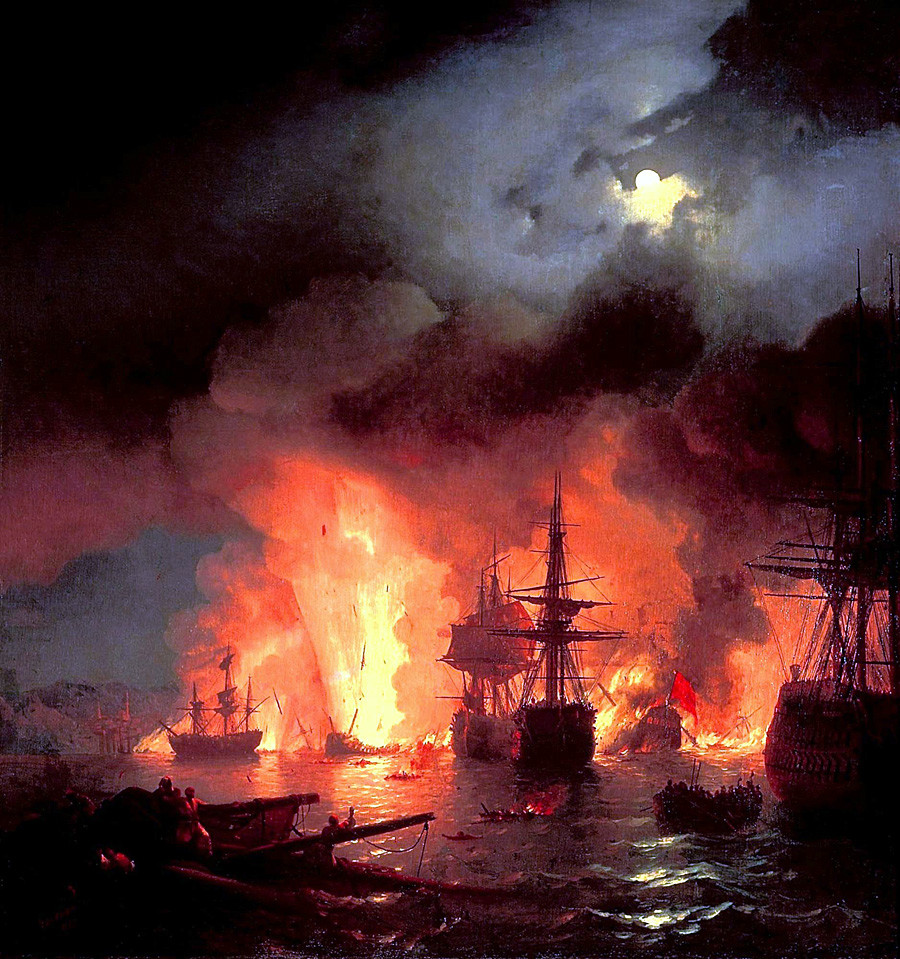 The war that pitted Catherine II of Russia against the Ottoman Empire is considered as one of the most important among the numerous Russo-Turkish conflicts. It also showed the world several outstanding Russian commanders.

At the Battle of Kagul in 1770, one of the largest battles in the 18th century, the Russian army of nearly 40,000 men under the command of Pyotr Rumyantsev defeated the Ottoman army of 150,000 men.

Legendary warlord Alexandr Suvorov, having 5000 soldiers, was able to overpower the Ottoman army five times larger in one of the most decisive clashes of the war – the Battle of Kozludzha in 1774.

Glorious victories occurred not only on land, but at sea as well. During the naval Battle of Chesma in 1770, most of the Ottoman fleet was decimated.

The Treaty of Küçük Kaynarca (1774) allowed the Russian Empire to gain a foothold on the Black Sea coast: it secured the Crimean cities of Kerch and Yeni-Kale, and the right to base a military fleet in the Black Sea, as well as the right of patronage over Christians in the Ottoman vassal principalities of Moldavia and Wallachia.

According to the terms of peace, the Crimean Khanate was granted independence from the Ottoman Empire. In fact, it fell under the mighty influence of Russia and was finally annexed thereby in 1783. It is worth mentioning that the territory of the Khanate included not just the peninsula, but also vast territories on the coast of the Azov and Black Seas.

In general, the war allowed Russia to significantly advance southwards, as the Ottoman Empire started to decline. 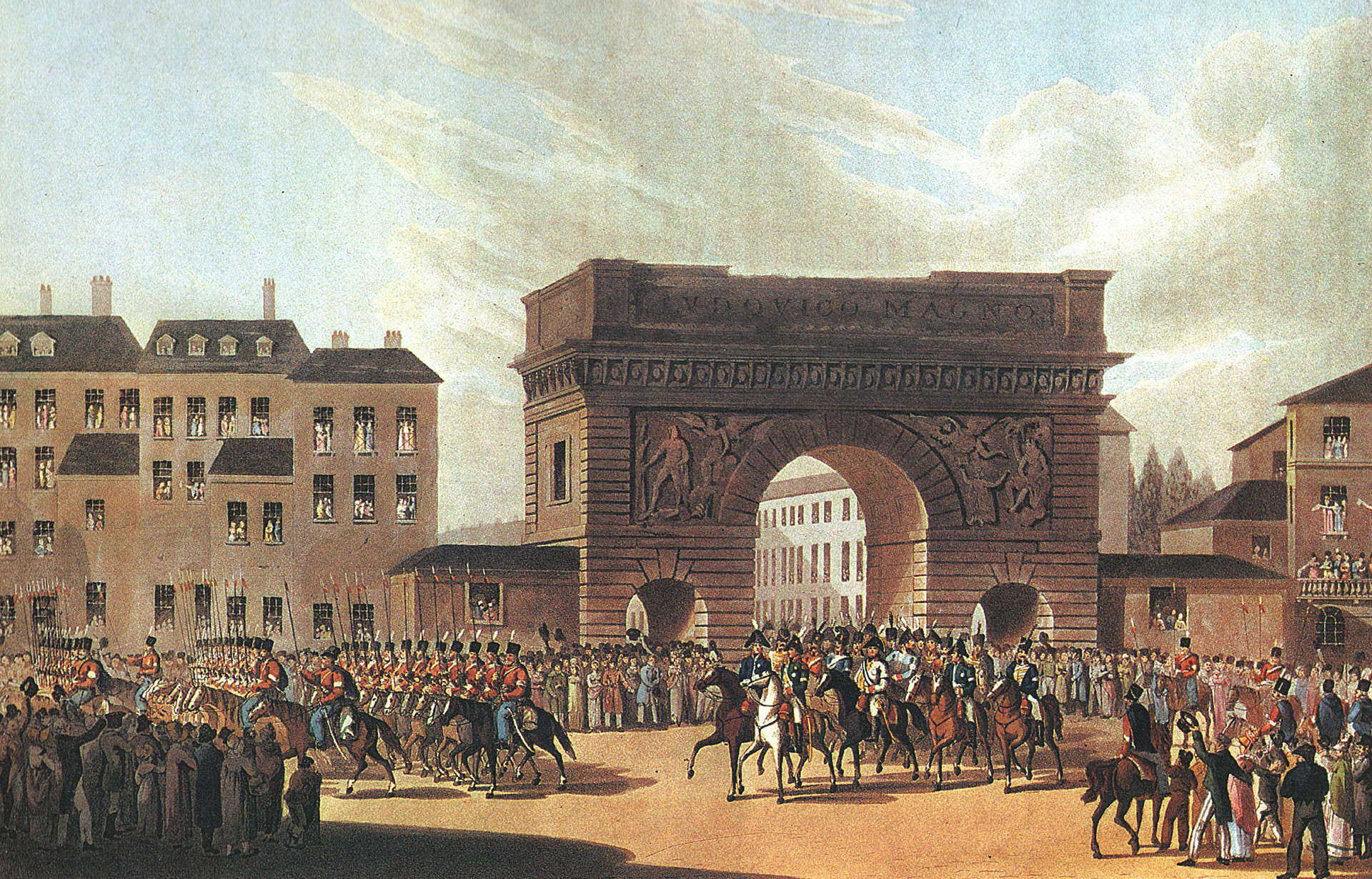 After the Russian Empire was crushed by Napoleon in the War of the Fourth coalition in 1807, it was forced to join the Continental Blockade of Great Britain, which hurt Russia's economy.

The terms imposed were considered humiliating by the Russian leadership. And soon it ceased to abide by them. War became inevitable, and happened in 1812 with the invasion of the Grande Armée.

Perfectly aware of the military genius of Napoleon, the Russian commanders refused to give him the full-scale battle he so much desired.

A major battle took place only on the outskirts of Moscow, at Borodino, with no side having an advantage.

The occupation of the Russian capital gave nothing to the French Emperor. He was forced to leave it, failing to conclude a peace or truce with the Russian Emperor Alexander I.

The retreat of the Grande Armée was a disaster. The harsh cold, active guerrilla war, and the Russian army's incessant pursuit totally destroyed it. Out of 680,000 men, almost 90% were killed, imprisoned, lost or deserted.

The foreign campaign of the Russian army ended with the capture of Paris in 1814 and abdication of Napoleon.

Victory over Napoleon raised Russia's standing in the world. The Russian Empire achieved what others hadn't been able to for well over a decade - crush the undefeated French genius. 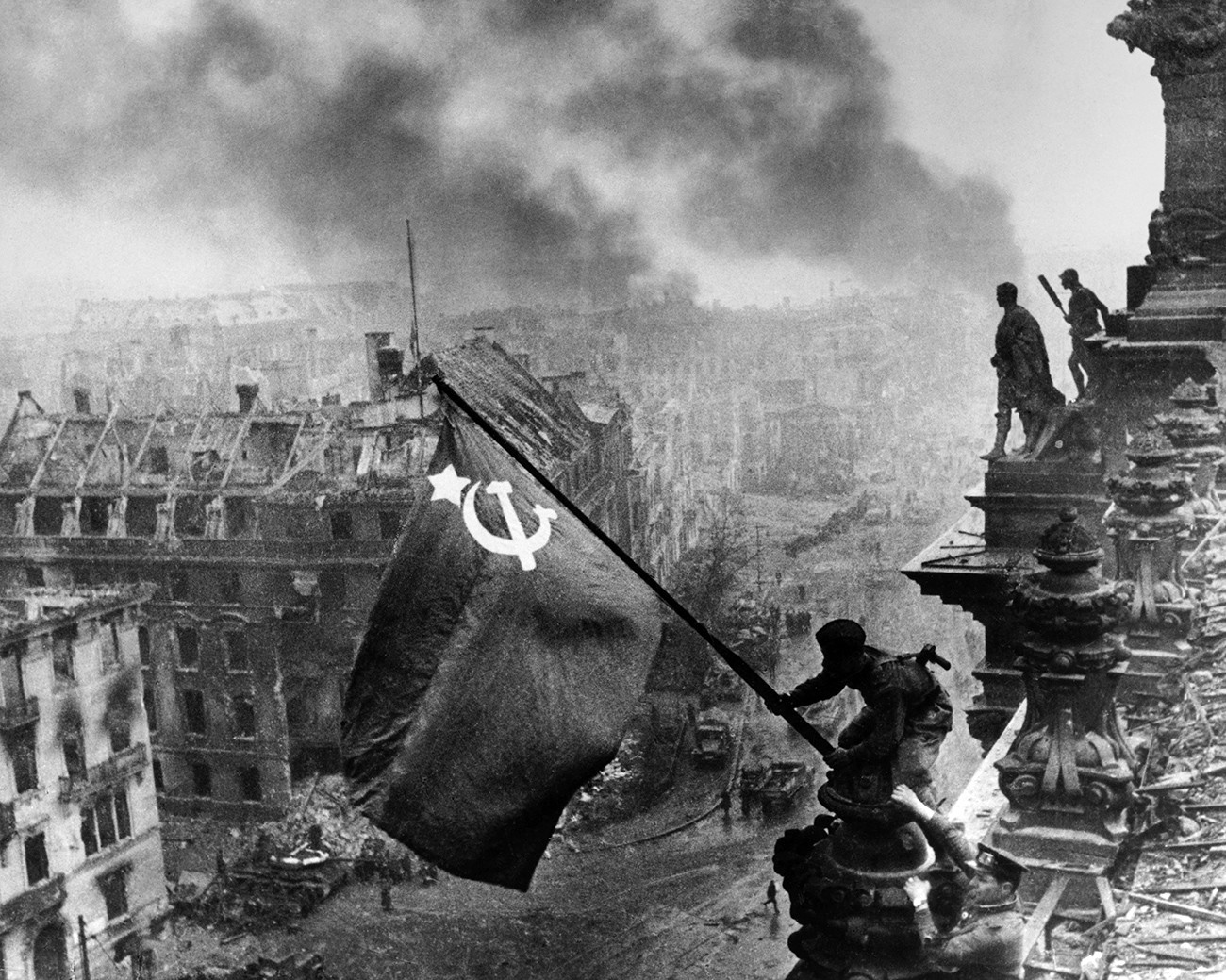 Victory Banner over the Reichstag. Berlin. 1945

Victory over Nazi Germany and its allies is the most important event in Russian history. This war significantly differed from previous ones, since this was a real war of extermination.

Although the Soviet Army had begun to receive modern military equipment  before the war, there was a huge lack of capable commanders as many high rank officers had been executed during the Great Purge in the late 1930s.

The catastrophe of the early years of the war raised a question mark over the very existence of the Soviet Union.

The consolidation and nationwide acceptance of Soviet power,, large-scale guerrilla war, and a new wave of talented commanders turned defeat into victory. The price paid by the Soviet folk was stomach-churning – over 27 million dead.

Besides the eradication of Nazism, WWII greatly enhanced the geopolitical status of the USSR. Soviet-friendly regimes were established in the newly liberated Eastern Europe.

The Soviet Union became one of two global superpowers, a military and industrial giant that was able to launch the first artificial satellite into space just 12 years after the devastating war was over.