How Soviet propaganda tried to force German troops to surrender

History
Boris Egorov
The Soviet Union didn’t only fight the Third Reich on the battlefield. Huge resources were committed to the propaganda war in a bid to force Nazis to give up - or even take up arms against Hitler. 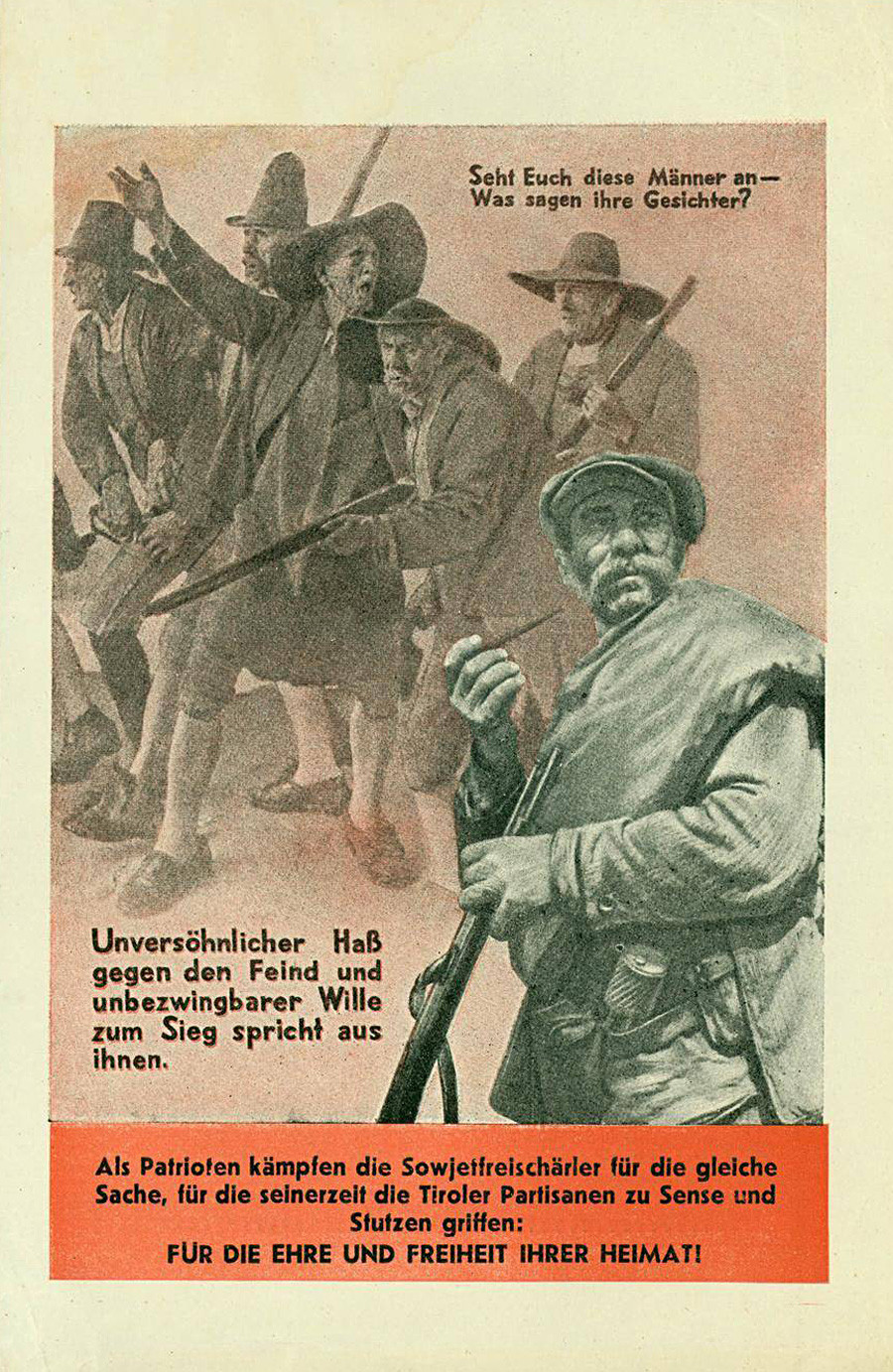 This propaganda poster appealed to the patriotic sentiment of the Austrians, calling on them to rise up in  the fight for independence. Depicting the modern Soviet partisan and Tyrol partisans of the Napoleonic Wars, the poster says they did the same thing: Fought “for the honor and freedom of their homeland.” 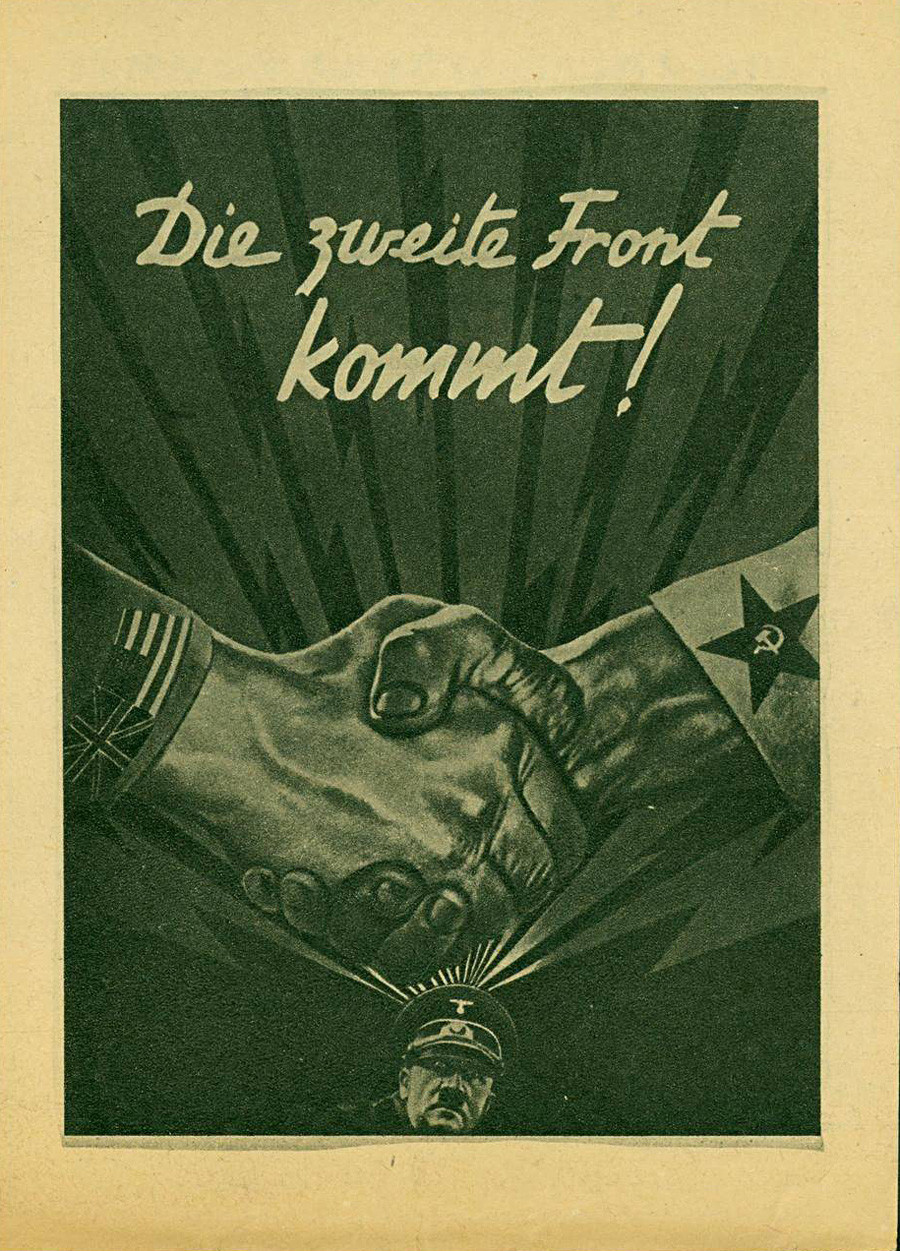 This poster claims that Allied victory is inevitable. “The second front is coming!” it reads. 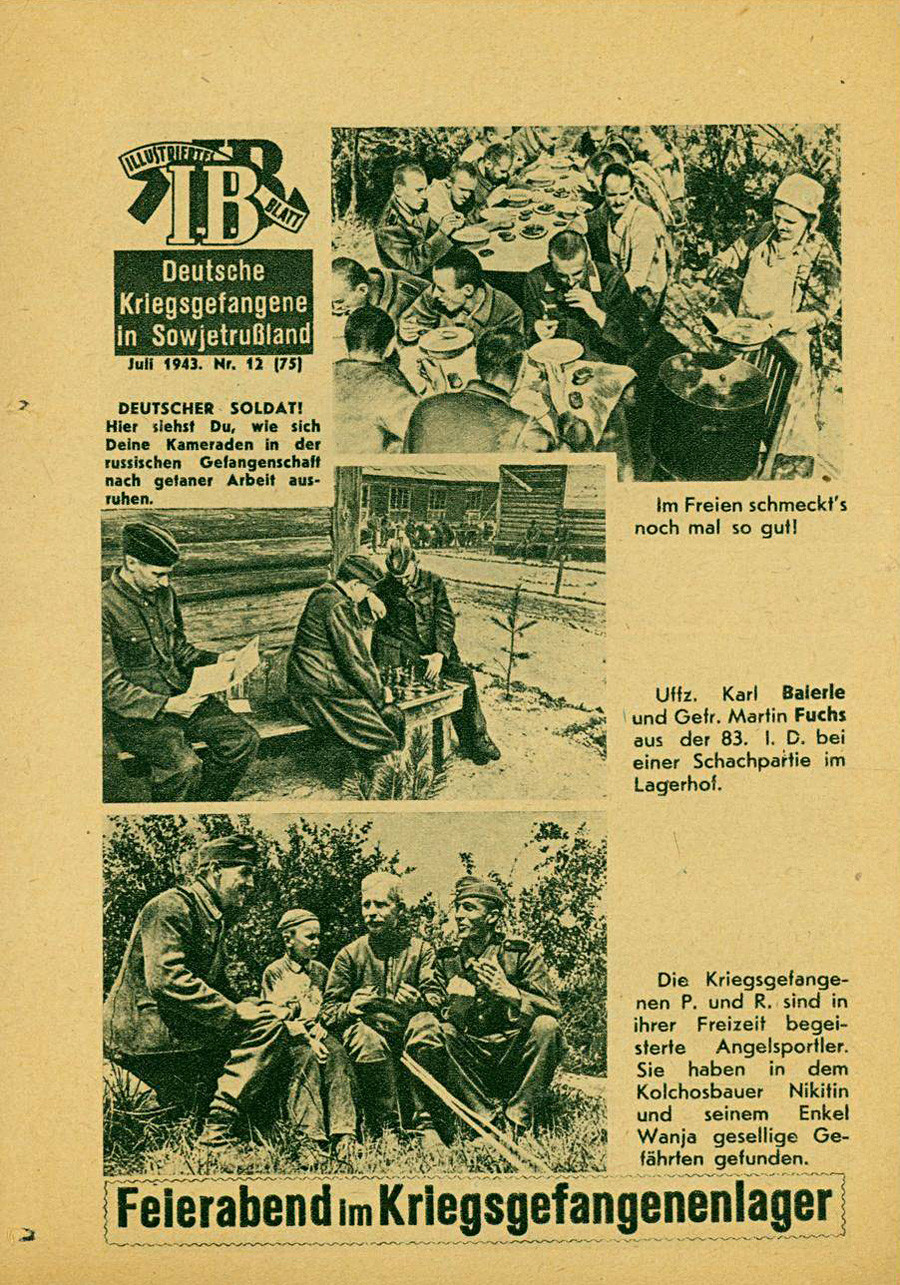 There is nothing to fear for German soldiers in Soviet captivity, this poster shows. Apparently captured Nazis will spend their time eating well, playing chess, and chatting to the locals and their friends... It’s noteworthy that this example of propaganda came out in July 1943 during the culmination of the Battle of Kursk, when the war was far from over. 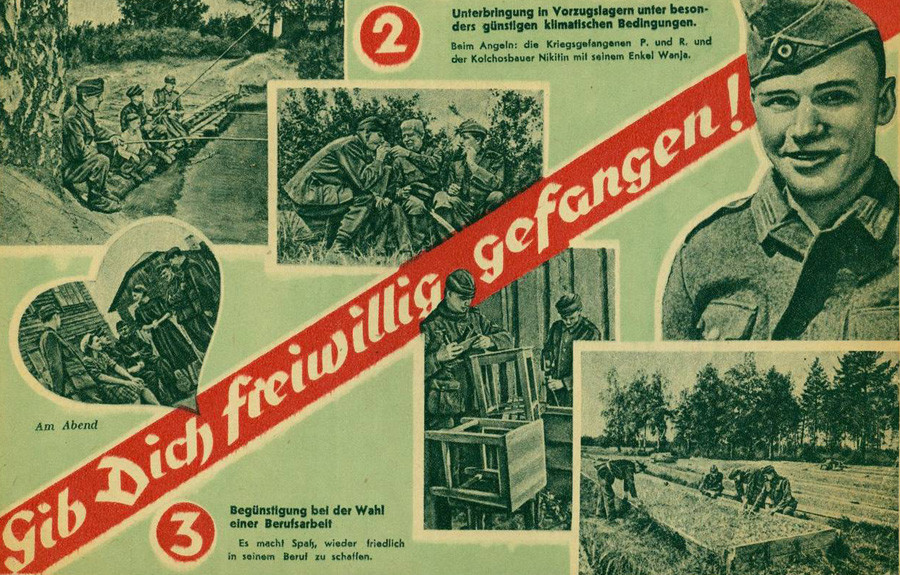 By voluntarily giving themselves up to Soviet troops, German soldiers will be afforded an ideal life consisting of fishing and even flirting with Soviet girls. Almost too good to be true. 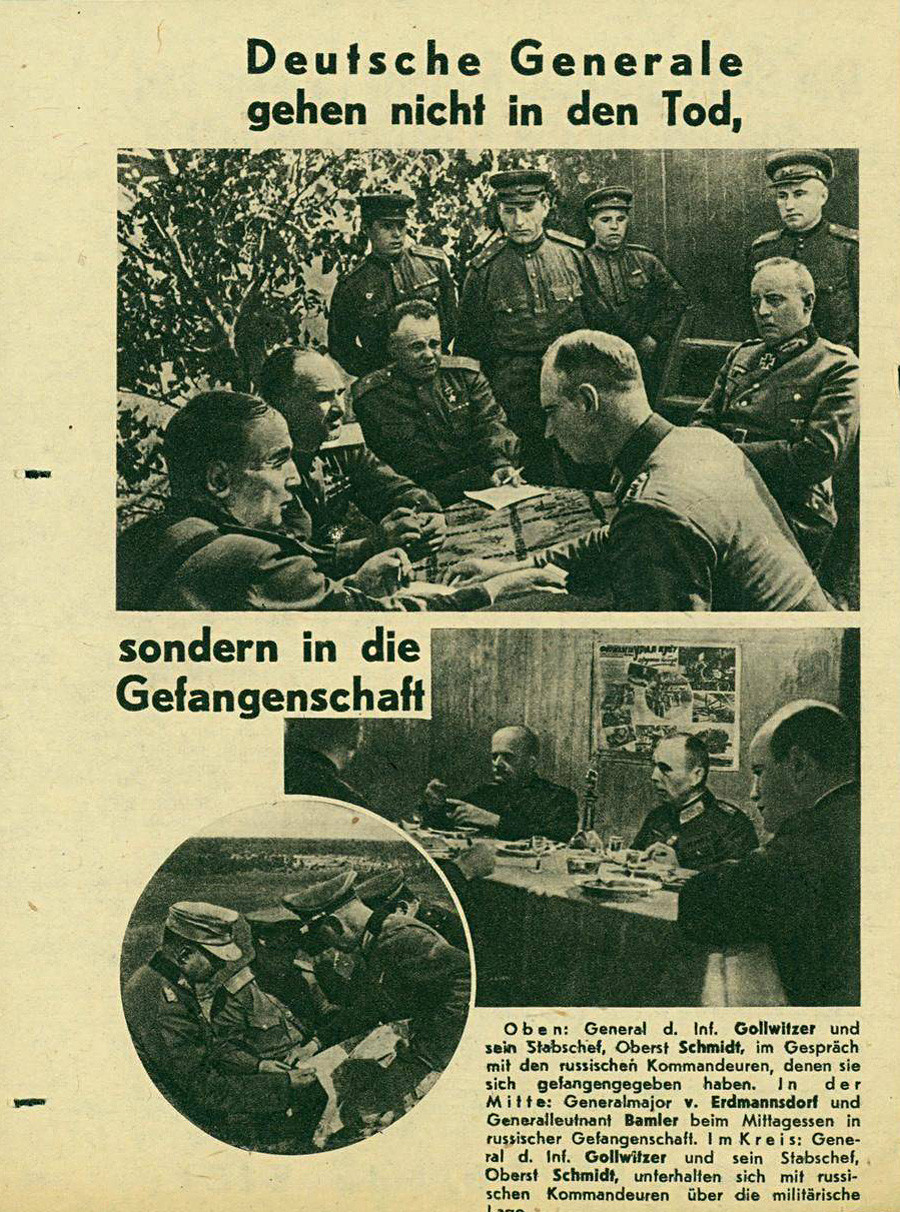 “German generals don’t go to their deaths, they go into captivity.” If their commanders don’t want to die, why should the common German soldier? this poster asks. 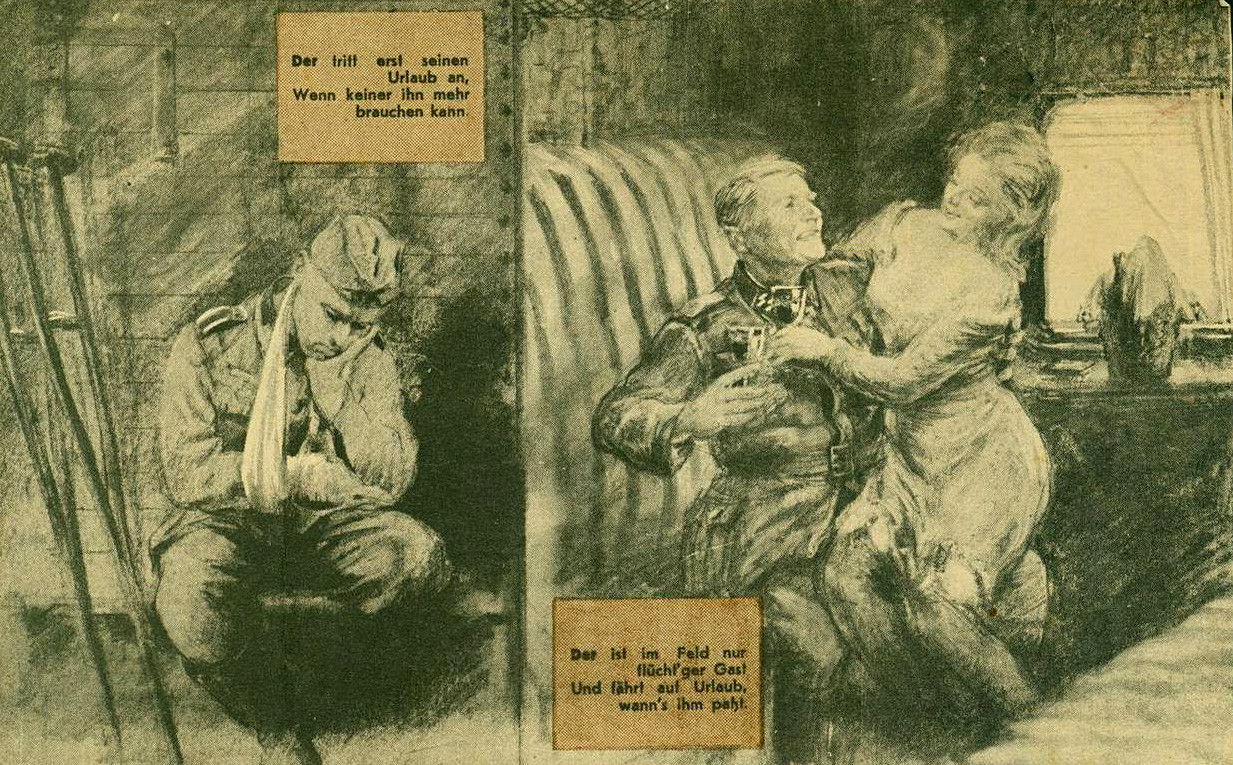 This leaflet tried to drive a wedge between the ordinary German soldier and SS troops, but implying the former was used a cannon fodder. It shows a wounded Nazi on the frontlines as an SS soldier is entertained by his wife at the rear. 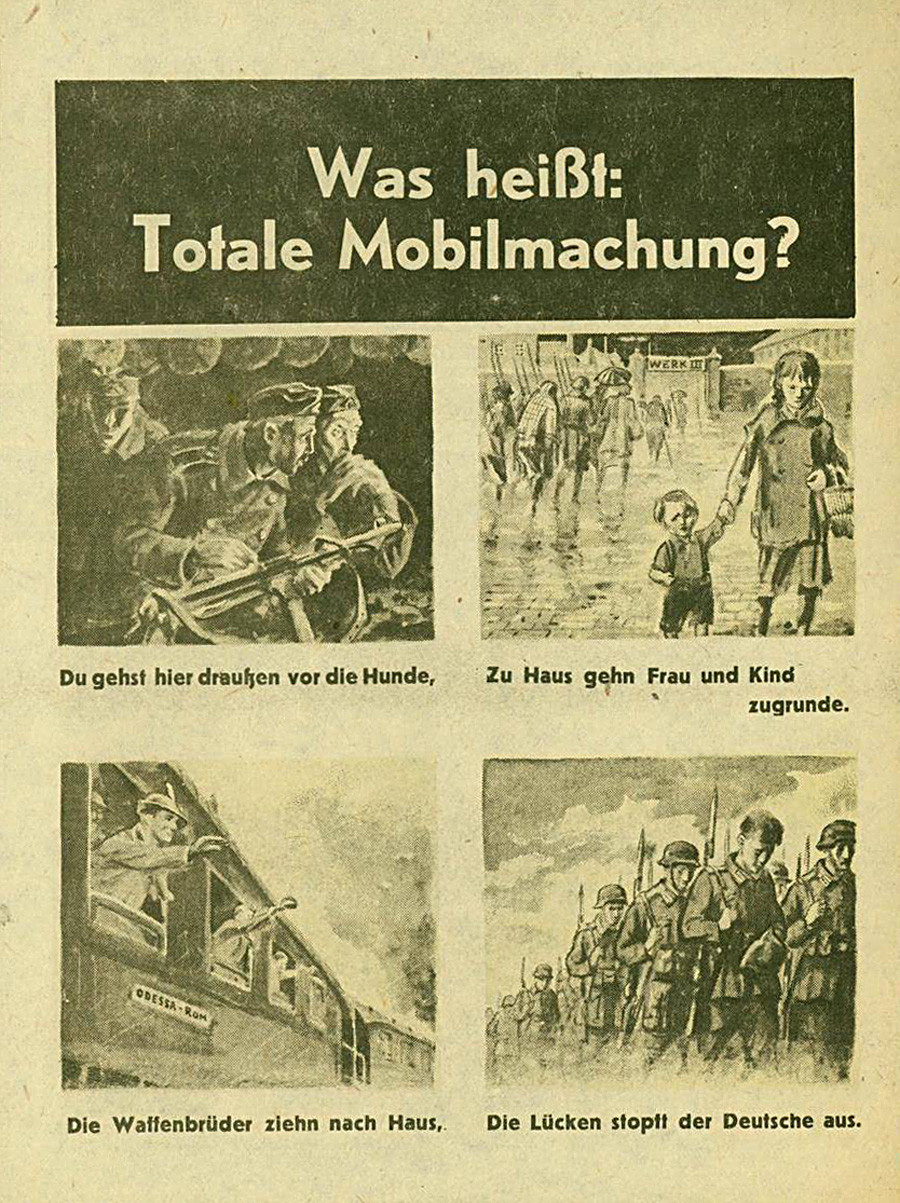 The Germans are doomed to desperately fight and plug holes in the front lines, while their former “brothers in arms” - the Italians - happily return home. 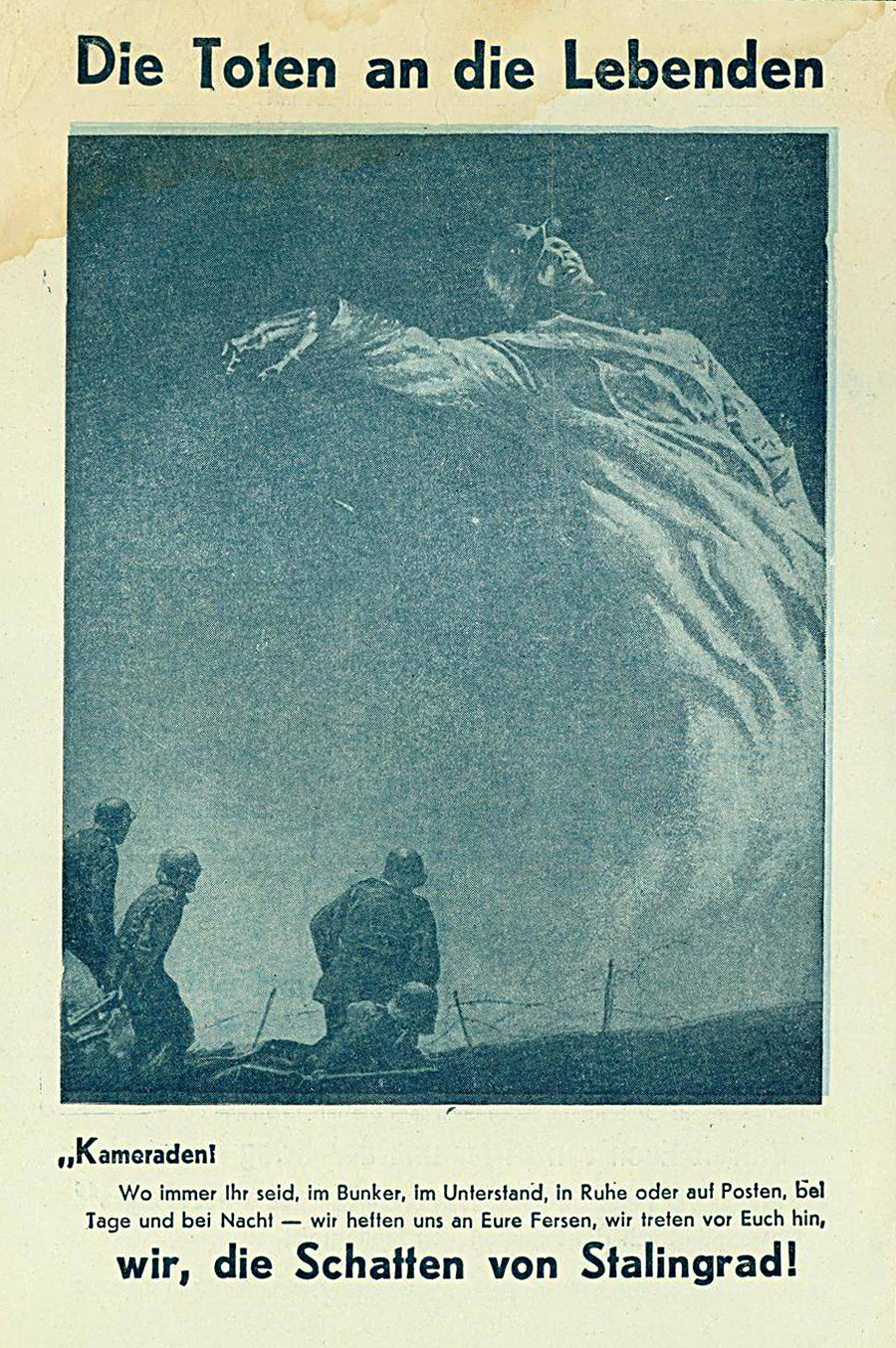 The poster shows Stalingrad ghosts, who follow living German soldiers, reminding them about the disastrous defeat and warning them what fate awaits if they fight on. 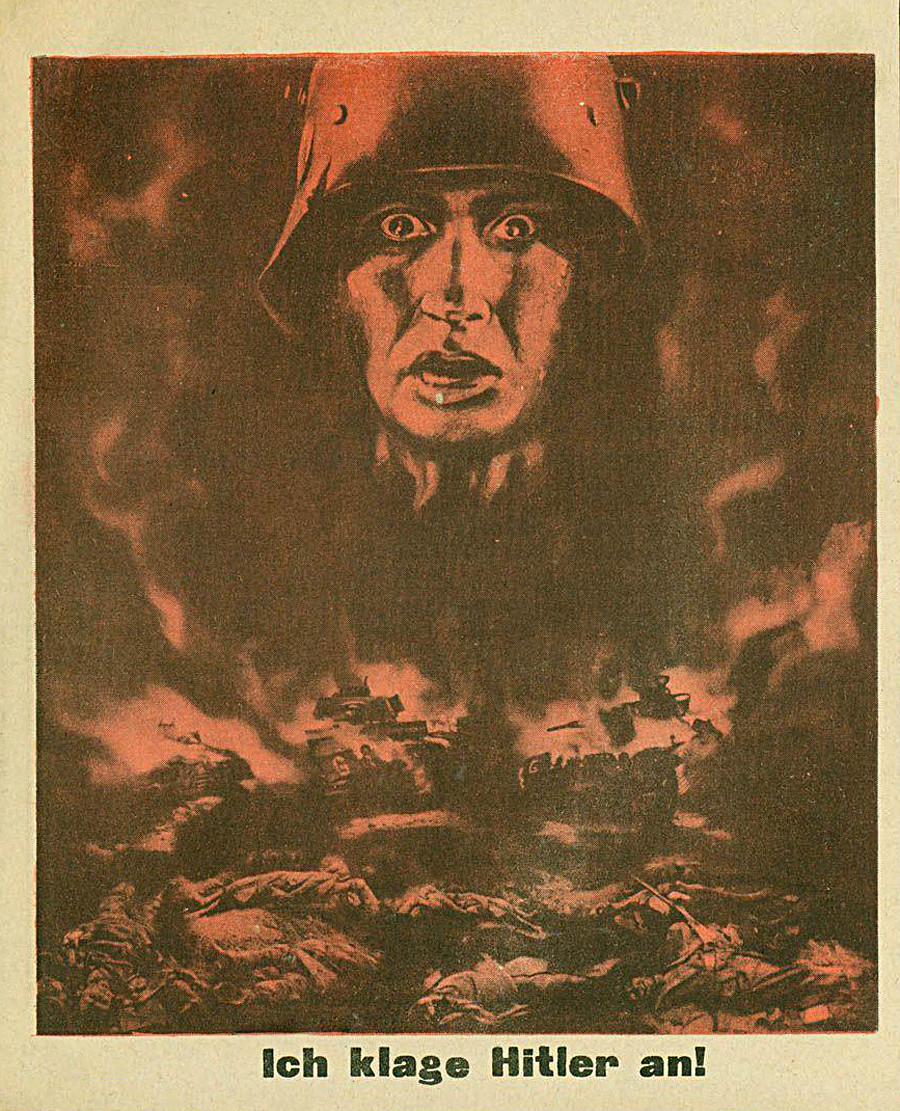 “I blame Hitler!” the poster says, as it tried to direct German soldiers’ rage and desperation towards their leader. 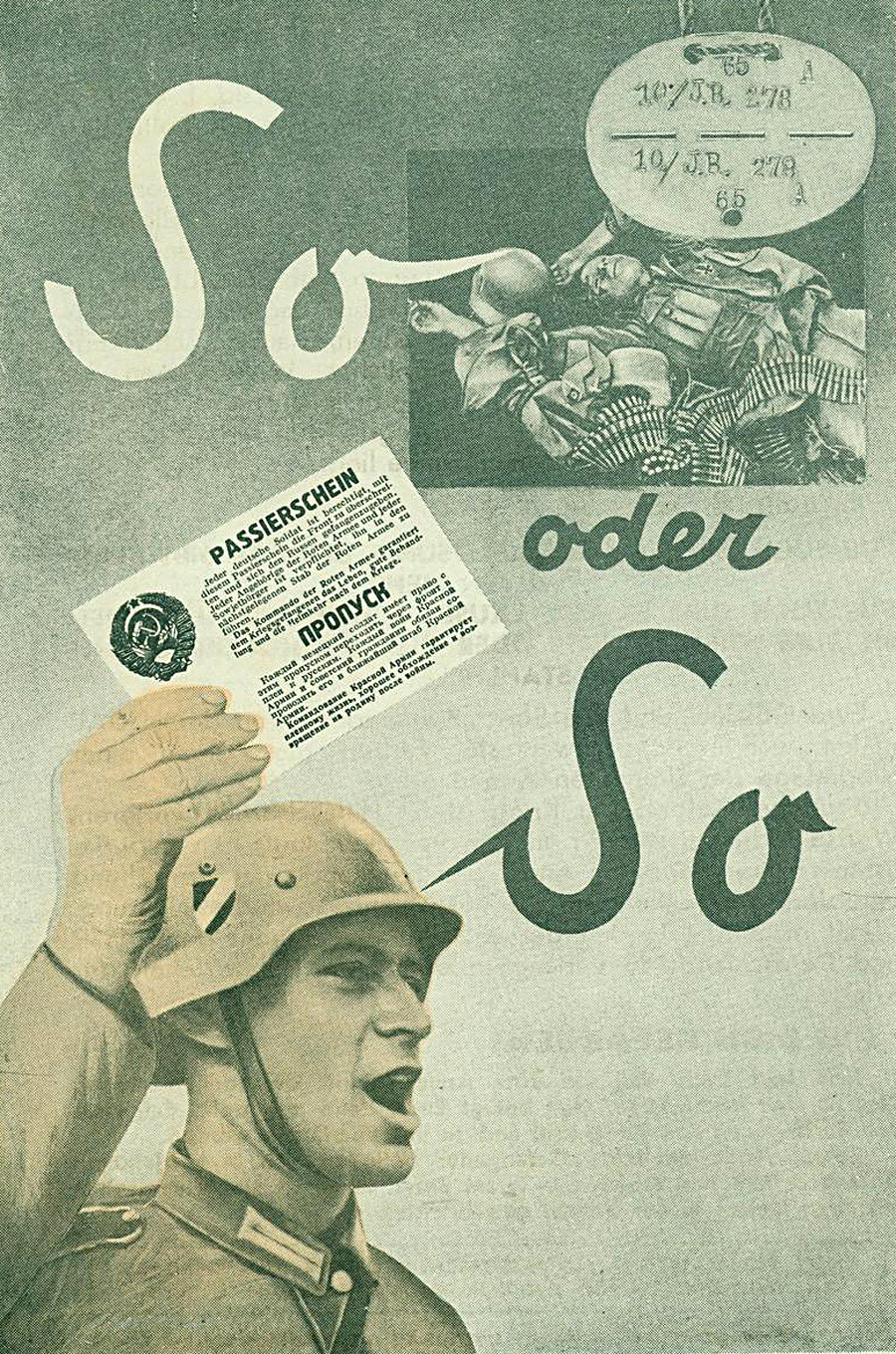 “Like this or like this” Here the Soviets are outlining what the Nazis can do, either stay alive and enter captivity of die a gruesome death on the battlefield. 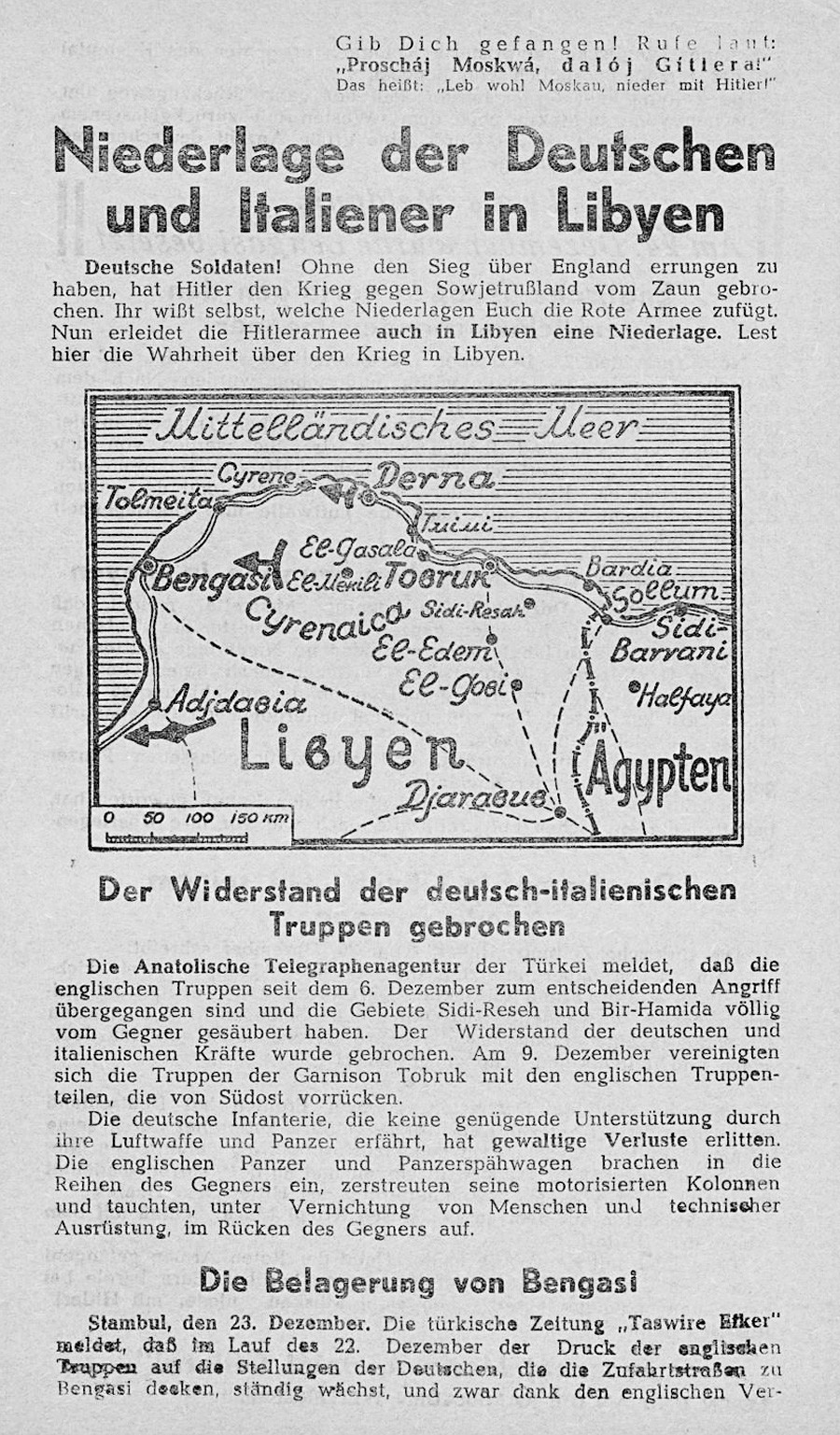 To undermine the spirit of the German troops on the Eastern front, the Soviets presented them with information about the German Army’s defeats on the other fronts, like that of Erwin Rommel’s Afrika Korps in Egypt and Libya. 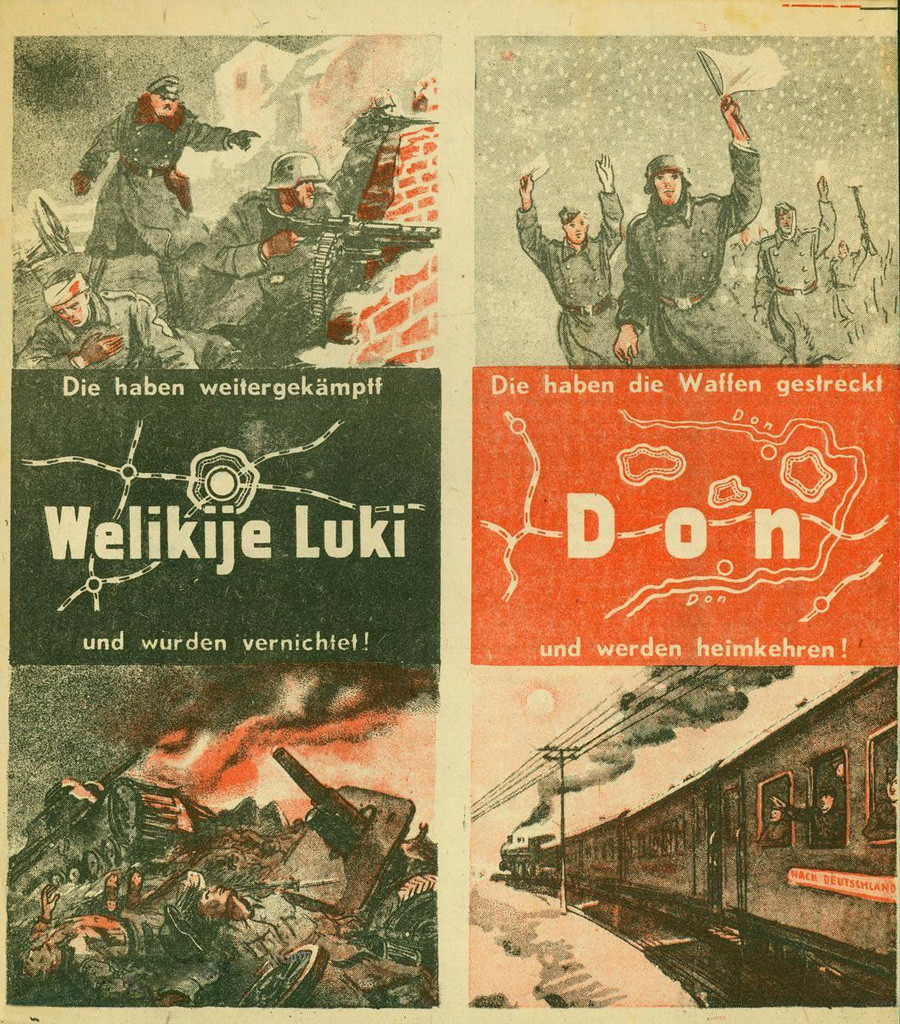 This poster was made for German troops who were encircled. The idea is simple - either continue resisting and die, or surrender and go home. 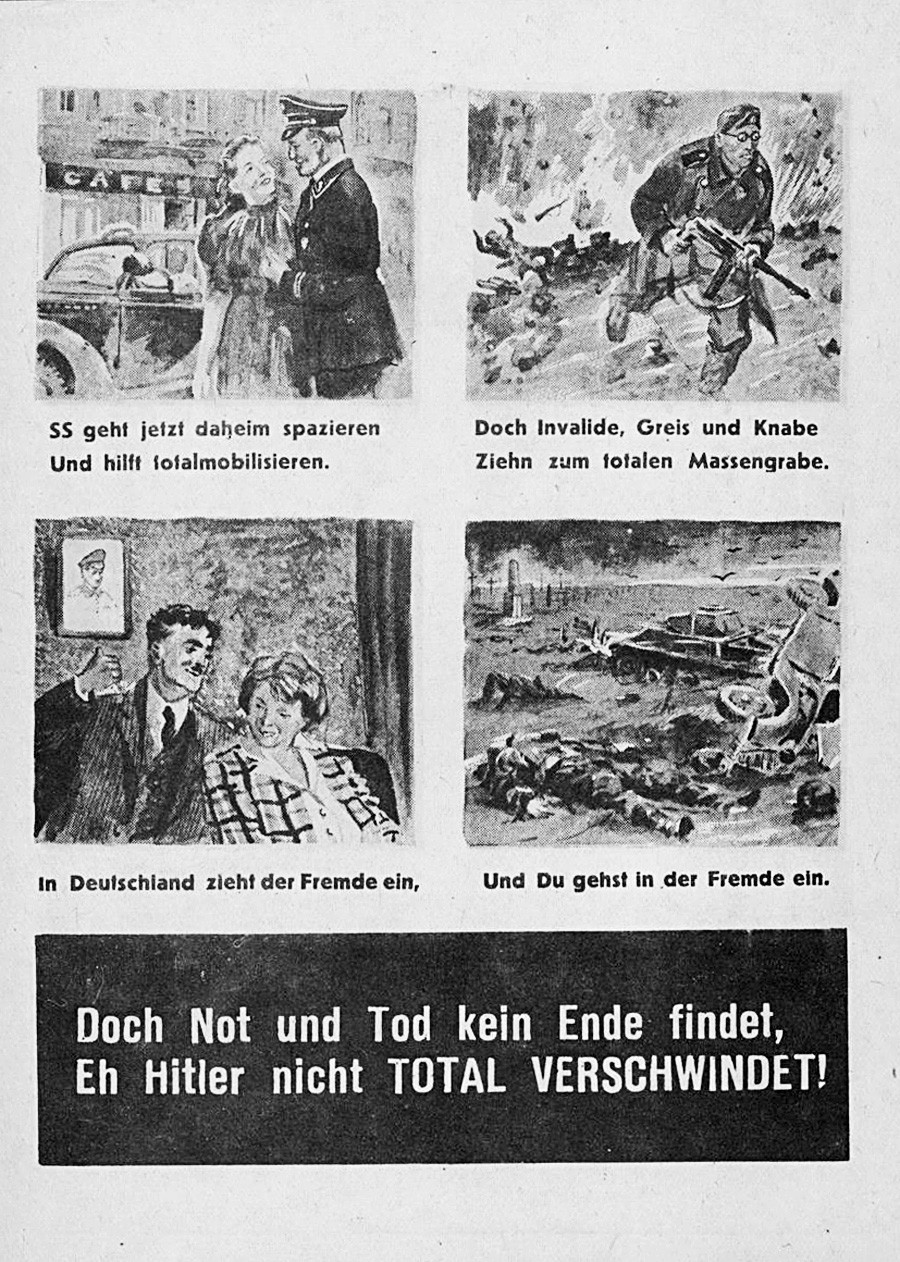 Here’s another example of the Soviets trying to portray normal Wehrmacht soldiers as mere bullet shields for SS officers. “Need and death will never end until Hitler disappears forever.”

How did German generals participate in the propaganda war on the behalf of the Soviet Union? Find out here.