Collusion with the USSR: Why did FDR’s Vice President visit the GULAG and praise it? 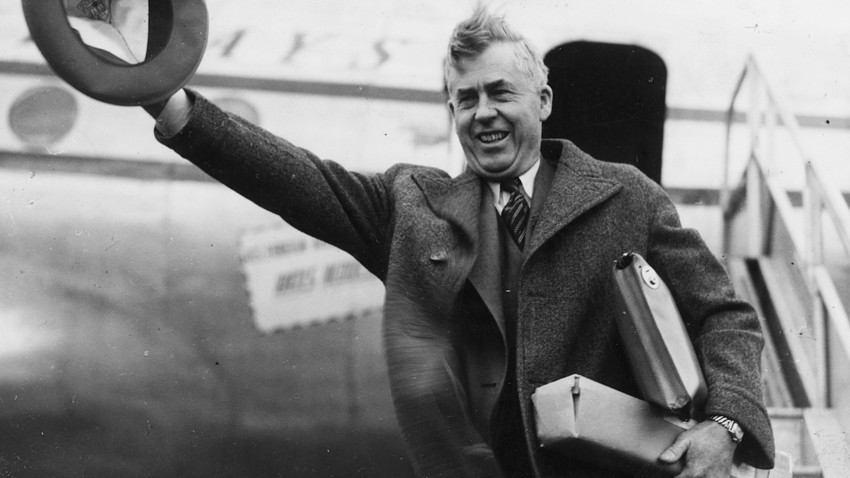 Getty Images
In May 1944, Franklin D. Roosevelt sent Henry Wallace to Magadan, Siberia. Shielded from the real horrors, the American came away in high spirits, and in doing so he committed one of the most embarrassing blunders in U.S. political history.

“Siberia used to mean to Americans… convict chains and exiles. All has been changed as though by magic,” announced U.S. Vice President Henry Wallace before an audience of GULAG prisoners in 1944. How did it come to this?

Well, relations between the U.S. and the Soviet Union are generally remembered for their iciness, but this wasn’t always the case. By 1944, relations had become so comfortable that the unsuspecting Wallace was invited to Kolyma to personally inspect the USSR’s biggest and most deadly labor camp.

Wallace was presented with a temporarily polished-up commune full of well-fed and happy citizens, most of whom were shipped in for the occasion. Buying into everything he was told, the unwitting American inadvertently let colossal human rights abuses slip from right from under his nose, and even labelled the GULAG “clear evidence of the most outstanding and gifted political leadership.” How was Wallace duped so easily? 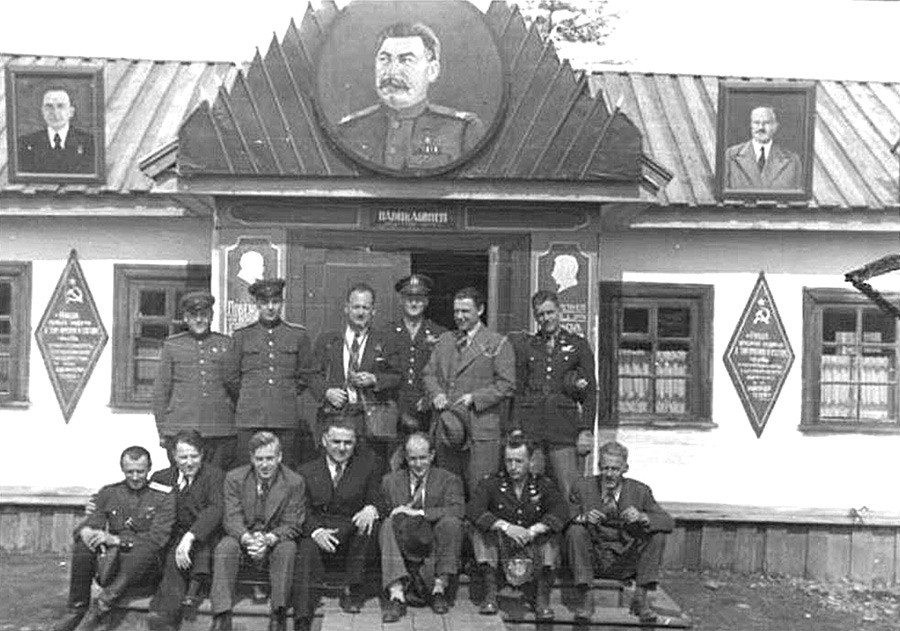 The man who trusted the Soviets

America was a different place before Joseph McCarthy. In the same country where politicians in just a few years would be publicly denounced as “communist spies," left-leaning Democrats in the age of Roosevelt often praised Stalin and the Soviet Union. Wallace was the most vocal of them, once telling a crowd at Madison Square Garden that “both the American and Russian revolutions were part of the march of freedom of the past 150 years.”

When the U.S. and the USSR became allies in 1941, no one was happier than Wallace. Throughout World War II he heaped praise on Stalin’s Five-Year Plans and the development of Siberia, telling the press that Soviet citizens were merely “trying to attain a fuller and deeper life by harnessing nature.” In 1942, Wallace also told a bemused Soviet Foreign Minister Vyacheslav Molotov of his dream to build a Moscow-to-Chicago highway through Siberia.

As a result of his interest in the Far East, Wallace was chosen by Roosevelt to inspect Lend-Lease materials [industrial equipment provided to the USSR during WWII] that were in operation in Soviet labor camps. So overjoyed was Wallace that he began learning Russian for the visit, which took place on May 20, 1944. 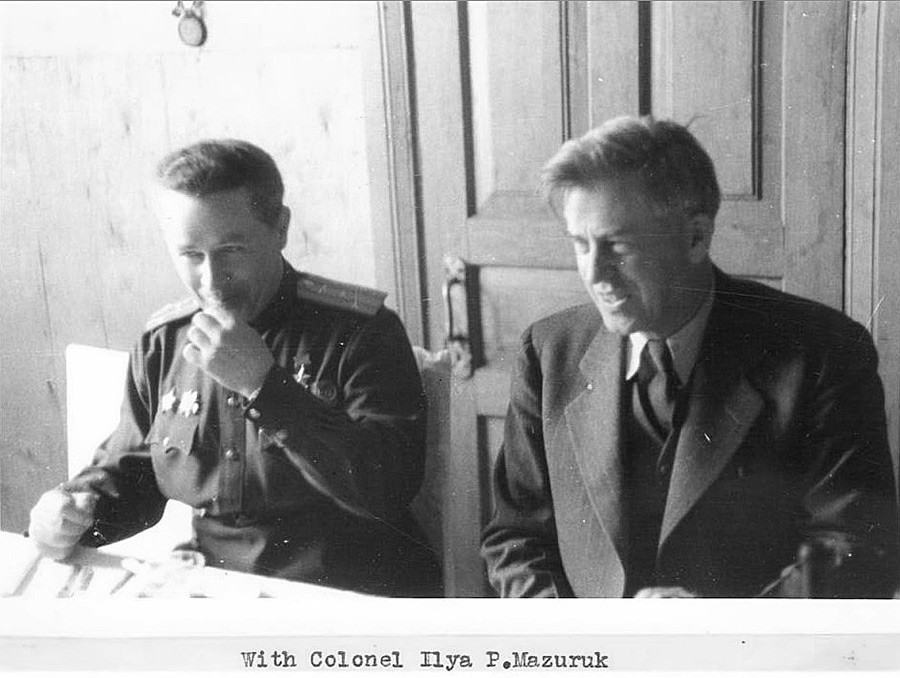 Unbeknownst to Wallace, his journey to Magadan was coordinated entirely by the NKVD (Stalin’s secret police). During the 25-day tour, the Vice President mainly inspected camps in the Dalstroi network – a unique NKVD enterprise populated with purge victims. However, this would have all been news to Wallace, who made a note in his diary about his guardians’ “strange blue tops on their caps,” unaware that this was the standard uniform of NKVD officers, and not of diplomats. Wallace was particularly ignorant of his guide Sergo Goglidze’s status as one of the chief executioners of the GULAG, calling him “very gentle and understanding with people.” 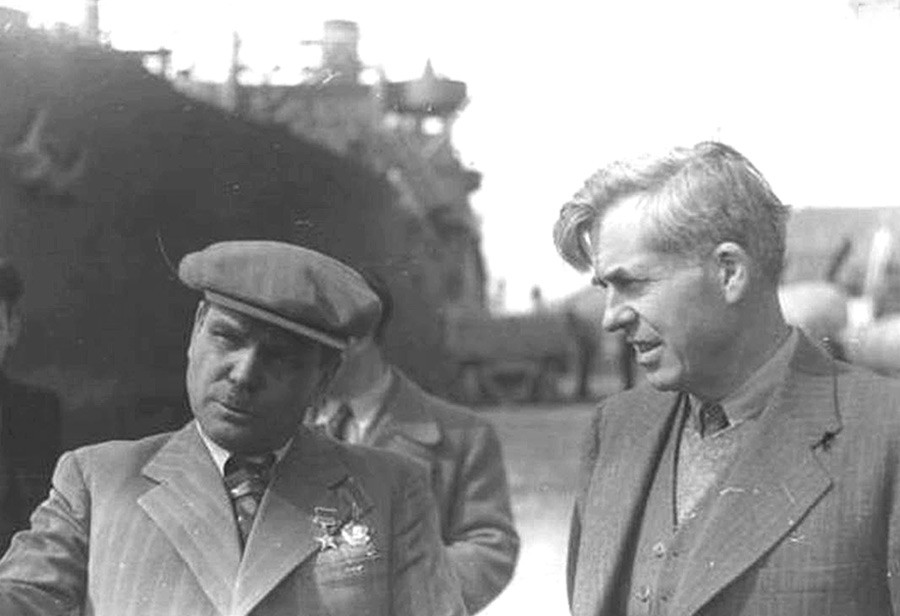 Under the NKVD’s command, the Magadan displayed to Wallace was provisionally transformed. As Tim Tzouliadis wrote in his book, The Forsaken, “what lay before him was a vision of pioneers at work, not the reality of a network of death camps.”

The Kolyma gold mine, for example, where 16,276 people died in 1942 alone, suddenly became functional. To keep up appearances, its watchtowers and barbed wire were briefly disassembled and its weakest-looking prisoners were shipped off to another mine. Well-clad NKVD officers posing as laborers took their place, whom Wallace called “big, husky men,” who he supposed had “come out to the Far East from European Russia.” 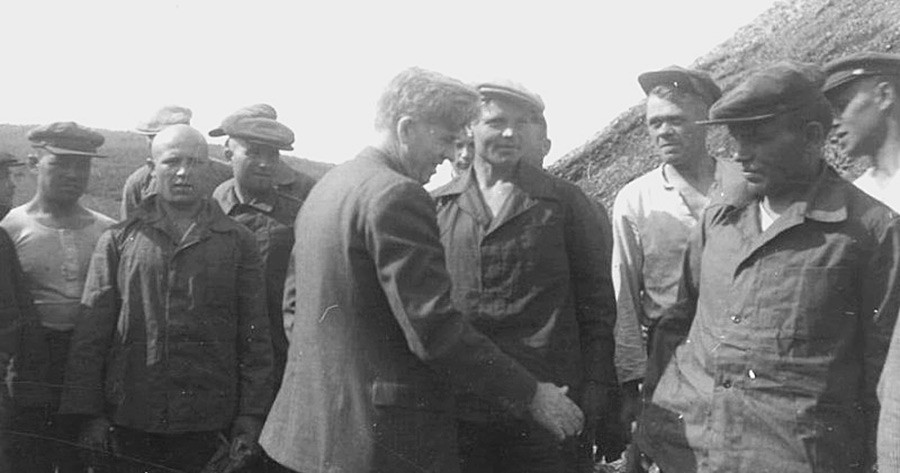 Wallace meeting workers in Kolyma gold mine, likely to be NKVD officers in disguise, May 1944.

Perhaps the grandest exhibition of all was the stocked-up shops in a city where residents barely survived on rationed bread. As one boy in Magadan recounted: “The stir in the city was incredible! The most unusual thing was that suddenly the windows of shops were full of Soviet foodstuffs. God knows where this stuff came from.”

Wallace was greatly impressed, and is also said to have visited the “luxury department” of one store (which previously did not exist), where he bought an expensive bottle of perfume. Upon visiting a cucumber farm producing food only for the NKVD elite, he even claimed that he “could not help but wonder how much better these people had been than under the Tsars.”

Completely oblivious to the fact that he was in the GULAG, Wallace’s mission to chat to everyone in Magadan made his visit a nightmare for the authorities. Little did he know that those who talked to him were under oath to act like “loyal Soviet patriots,” whereby saying the wrong thing could result in dire consequences.

When talking to girls at a pig farm, for example, he caused a panic by asking detailed questions about the pigs. The girls, who later were revealed to be good-looking bureaucrats, knew absolutely nothing about pigs, and had to be saved from humiliation (and probably worse) by the translator’s falsified answers.

The Vice President also pushed his luck by asking his “guides” about the number of people “working for Dalstroi.” For an NKVD officer to reveal top-secret information about the GULAG population would have been paramount to suicide. 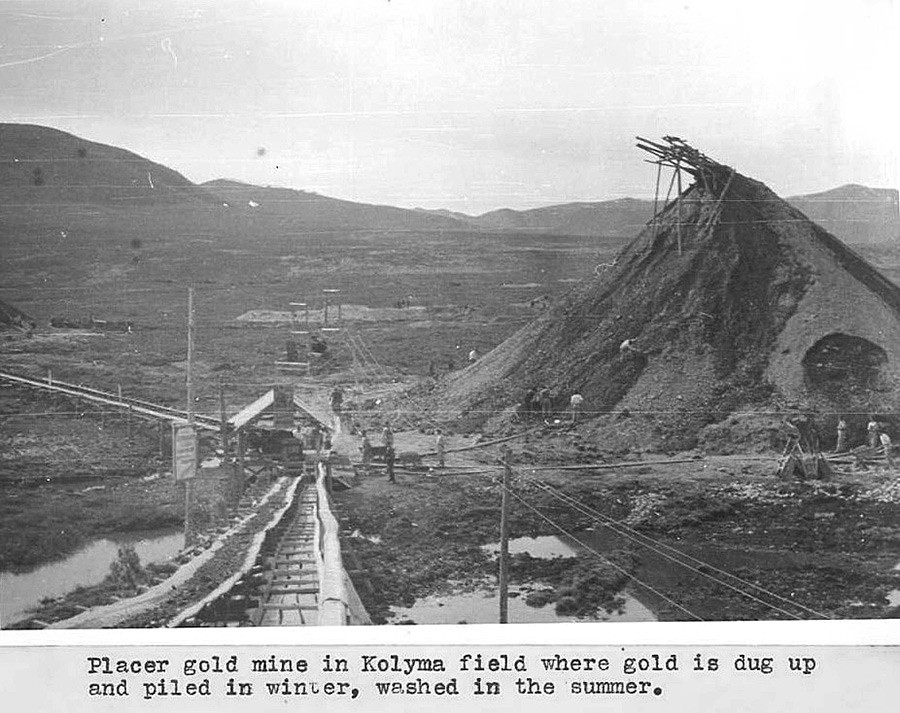 Most spectacular of all was Wallace’s aforementioned speech in intermediate-level Russian in which he told a crowd of nervous, smartened-up prisoners that Siberia no longer means “convict-chains and exiles.”

By Wallace’s accounts, his trip to Kolyma was a great success, and his fondness for what he saw was profound and genuine. Lavishing praise on the labor camp system (which he claimed reminded him of New England), he expressed his hope “that Dalstroi will be developed even more.” The trip even shaped his future foreign policy ambitions, in which he aimed to take the U.S.-Soviet wartime alliance into peacetime, with “our two great nations working in close harmony.” 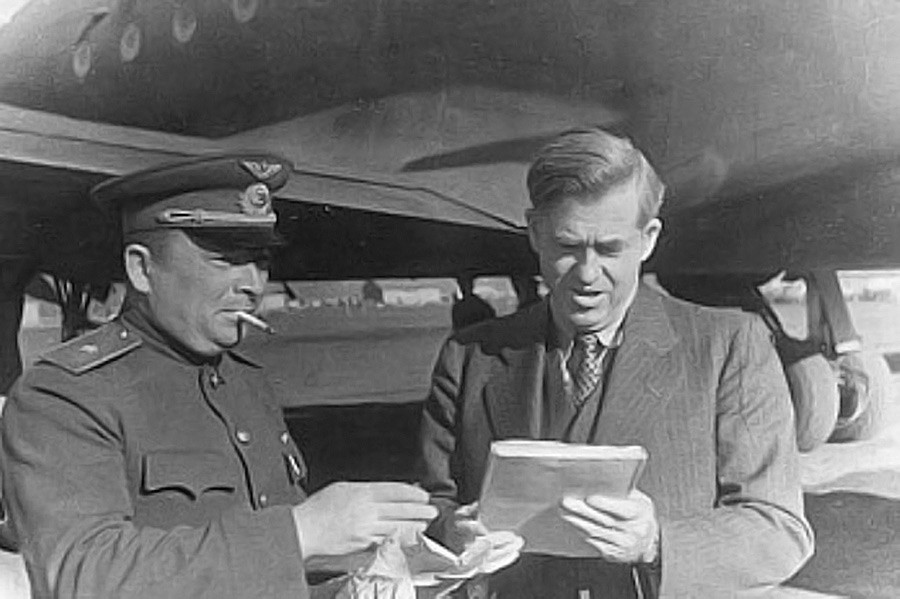 Wallace saying his goodbyes at Magadan airfield before heading back to America, May 1944.

Wallace was removed from Roosevelt’s vice-presidential ticket in 1944 for being too left-wing and personally eccentric. However, this didn’t stop Stalin grooming him as a pro-Soviet presidential candidate. In 1948, his leftist Progressive Party repudiated Truman’s “get tough on Russia” stance.

Thanks to his first-hand experience in Magadan, Wallace ran on an anti-Marshall Plan platform, labelling the scheme a “Western military bloc aimed at Russia.” Stalin responded by calling Wallace’s policies “a fruitful foundation… for the development of international cooperation.” In the end, Wallace’s Progressives gained just 2.37 percent of the popular vote, while it would later be revealed that Harry Dexter White, Wallace’s proposed Vice President, was a Soviet spy.

When Swiss GULAG survivor Elinor Lipper published her scathing memoir of the camps in 1951, Wallace’s conclusions about Kolyma came back to haunt him. “As guests we were shown only one side of the coin,” he meekly conceded in his public letter, ‘Where I Was Wrong.’

Wined and dined in Magadan, Wallace had had the wool pulled over his eyes, and had unknowingly given himself to the Soviet cause. Perhaps his greatest fault was being well-intentioned and peace-minded in a tempestuous global climate of atom bombs and labor camp revelations. Nevertheless, Henry Wallace’s extreme naivety has made him a victim of history.