How a German soldier became a Hero of the Soviet Union 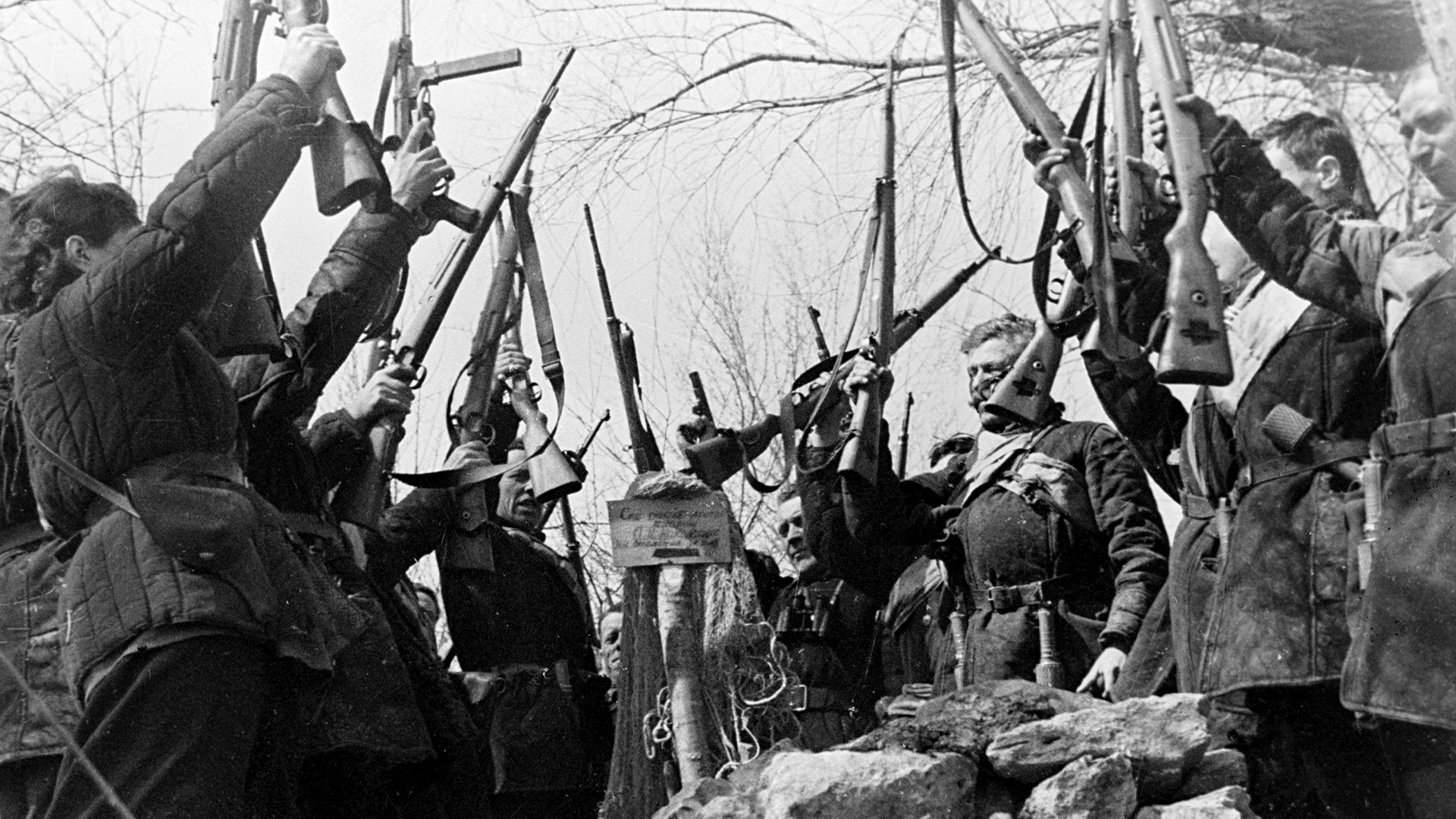 Guerrillas swearing to revenge for their comrade killed by the Nazis near his tomb.

Maks Alpert/Sputnik
Fritz Schmenkel wasn’t the only German soldier who left the ranks of the Wehrmacht and defected to the Soviet side, but only he was decorated with the highest award of the USSR.

The defection of German soldiers to the Soviet side during the Great Patriotic War can’t be called a common phenomenon; still there were hundreds of such examples. Most of them were not allowed by the Soviets to participate in the fighting, and were kept far from the front lines.

The most well-known German defector who nevertheless got a possibility to fight against the Nazis was Fritz Schmenkel, a former worker from Stettin and mobilized Wehrmacht soldier. For several years he fought alongside partisans against the German army; Schmenkel organized and participated in dozens of successful operations and sabotage missions. Unfortunately, his merits were praised only 20 years after his death.

Fritz Schmenkel had always despised and hated Nazism, especially since the Nazis had killed his father during a communist demonstration in 1923. Sharing his father’s views, Fritz joined the Young Communist League of Germany. He never participated in the major clandestine struggle, but nevertheless found himself under the Gestapo’s constant surveillance. 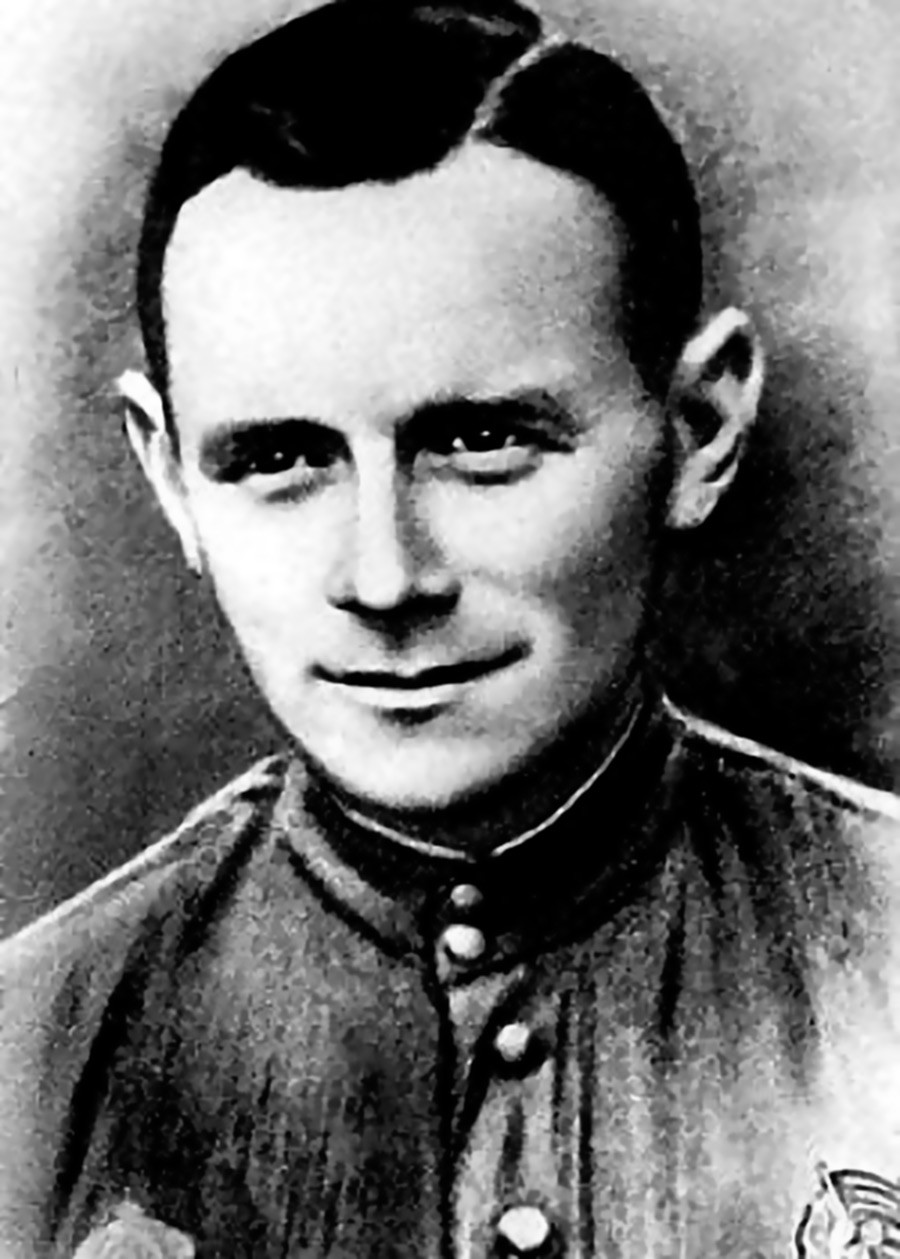 In 1938, Fritz Schmenkel was mobilized into the German army, though not for a long time. For his active anti-war calls and evading military service, he was sentenced to prison. In October 1941, Fritz was released and sent to the Eastern Front for “re-education.” There he decided to desert. In his last letter to his wife Erna on Nov. 25 he wrote: “Now I know what to do.”

In late November 1941, Fritz Schmenkel deserted from his 186th Infantry Division, which was deployed in the Smolensk region. Trying to get to the Red Army units, Fritz hid in local villages.

Schmenkel didn’t speak any Russian, but used a combination of three words “Lenin, Stalin, Thälmann,” which helped to get food and shelter from the locals. In return he assisted them with household tasks. 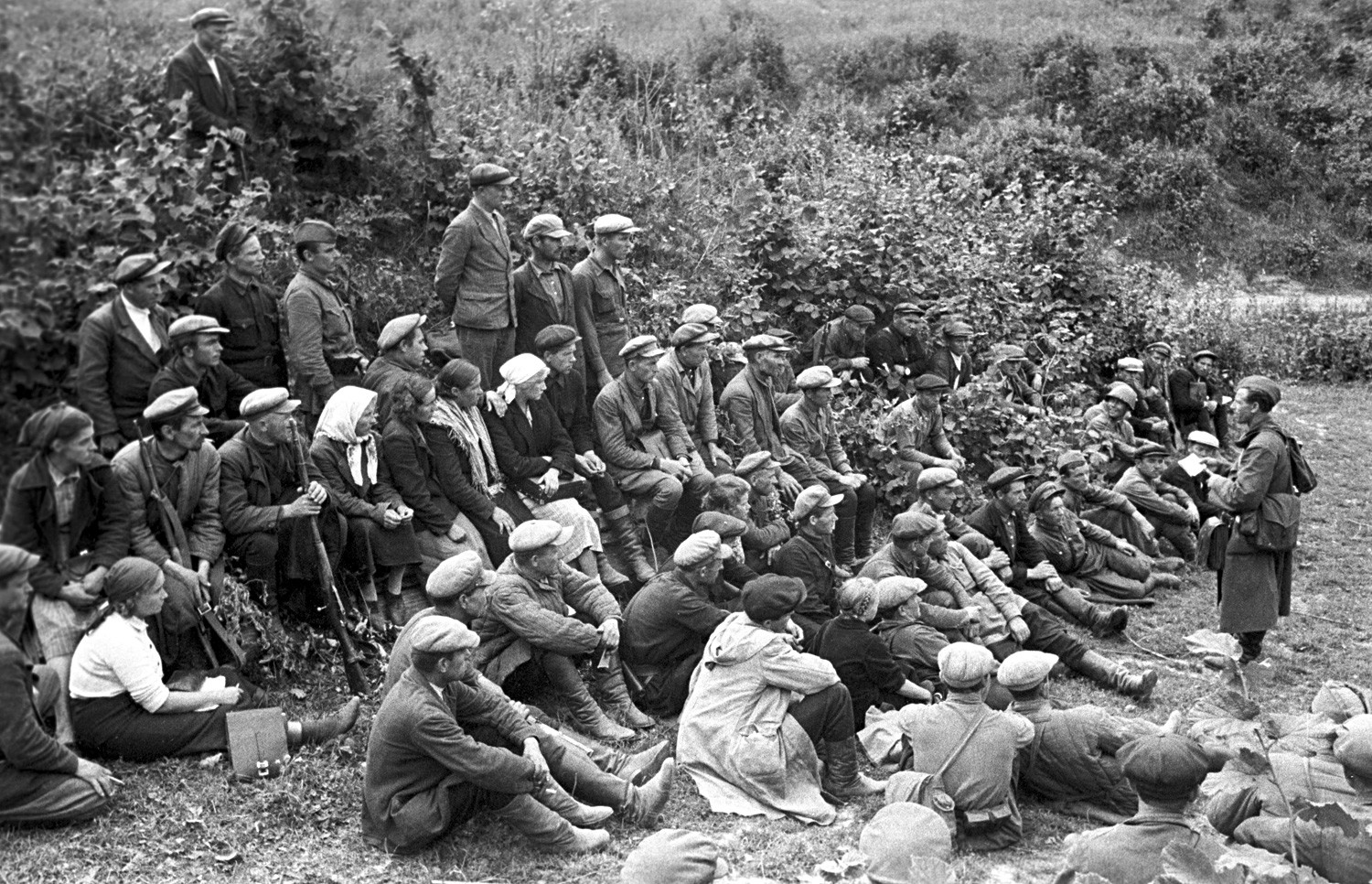 A guerrilla commander teaching his fighters to use weapons in the Smolensk region.

But one day his luck ran out – he was captured by the Germans. Condemned to execution as a deserter, Schmenkel was saved by the partisan unit “Death to Fascism,” which entered the village and took Fritz captive.

Although the partisans found out about Schmenkel’s history, they had little faith in him. He wasn’t given any weapon, only binoculars. They were ready to shoot him if he put a foot wrong.

Still, one day Fritz had a chance to show himself. When a village where a partisan unit was stationed became surrounded by German troops, Fritz found a rifle and demonstrated his perfect shooting skills, doing much to save the unit. It earned Schmenkel the full trust and respect of the impressed partisans, who even gave him a nickname — Ivan Ivanovich.

He taught the partisans how to handle a German MG-42 machine gun, participated in battles, captured enemy provisions, and impersonated a German lieutenant in ambushes and local sabotage missions.

Information about this German soldier fighting against the German army even reached Berlin. As a reward for capturing Schmenkel, Soviet citizens were promised eight hectares of land, a house and a cow, while German soldiers were to receive 2,000 Reichsmarks and two months of vacation. 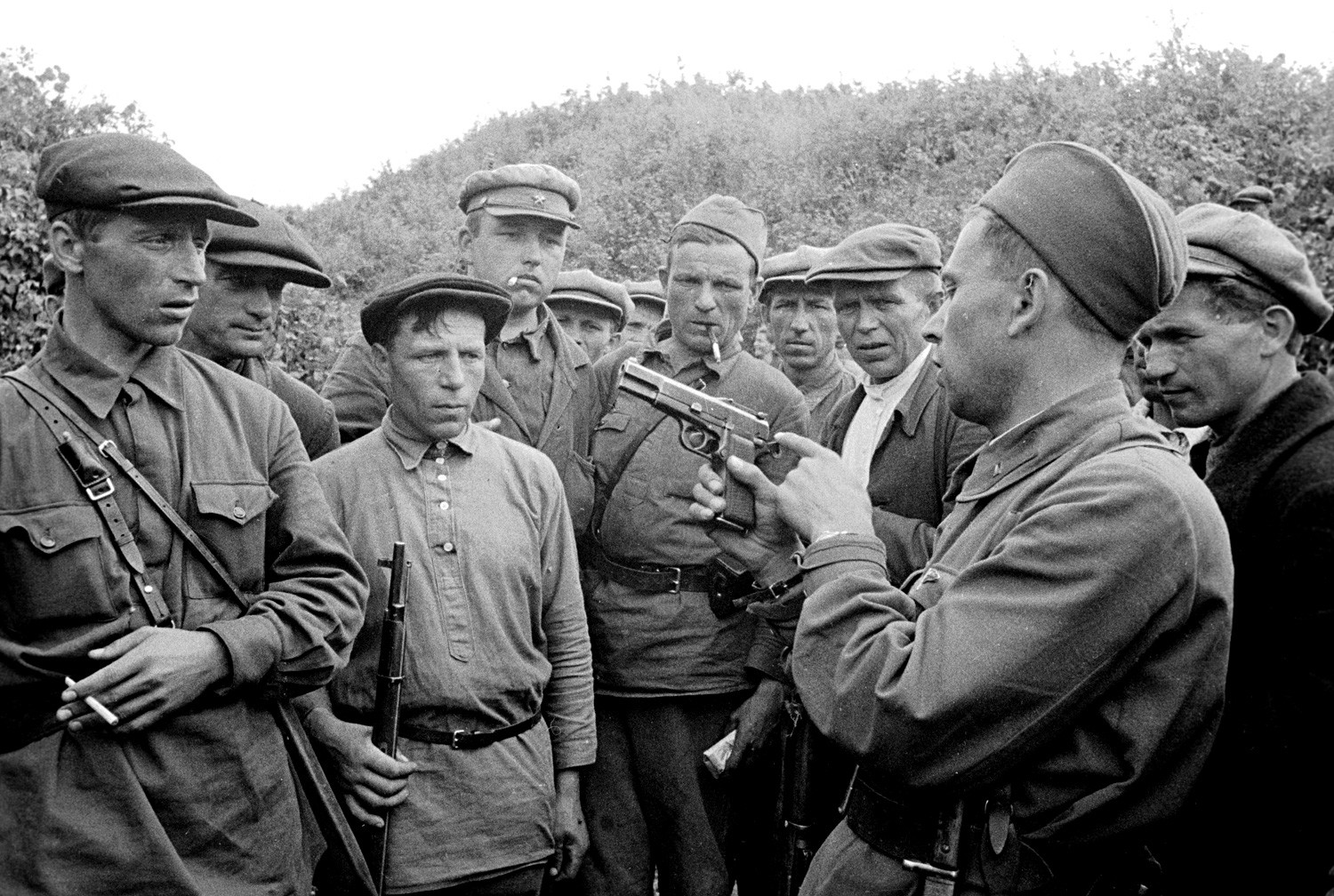 Fighters of the first guerrilla detachment formed in Smolensk region, 1941.

By some miracle, Ivan Ivanovich avoided death when on Jan. 23, 1943, German troops launched the large-scale Operation Falling Star, which aimed to obliterate the “Death to Fascism” partisan unit. Over 1,500 of the 4,000 or so partisans were killed or captured.

The Soviet command decided that it would be better to use the unique skills of Schmenkel in major sabotage operations, rather than in partisan activity. In June 1943, he was summoned to the reconnaissance detachment of the Western Front. After some training, Fritz was assigned as deputy commander of the sabotage unit “Field,” which operated in western Belorussia.

In late December 1943, “Ivan Ivanovich” went on his last mission behind enemy lines. Several weeks later he was captured along with two of his comrades, and executed in occupied Minsk on Feb. 22, 1944. After that, his name was forgotten for years.

The name of Fritz Schmenkel resurfaced only in 1961, when Soviet security authorities investigated a case of a Polizei unit that had been destroyed by Schmenkel’s soldiers. Surprised that a German had been in charge of a partisan unit, the investigation team started gathering thorough information about his life. After three years of research, when all the details became clear, Fritz Schmenkel was posthumously decorated with the highest Soviet awards: the Order of Lenin and the Hero of the Soviet Union. 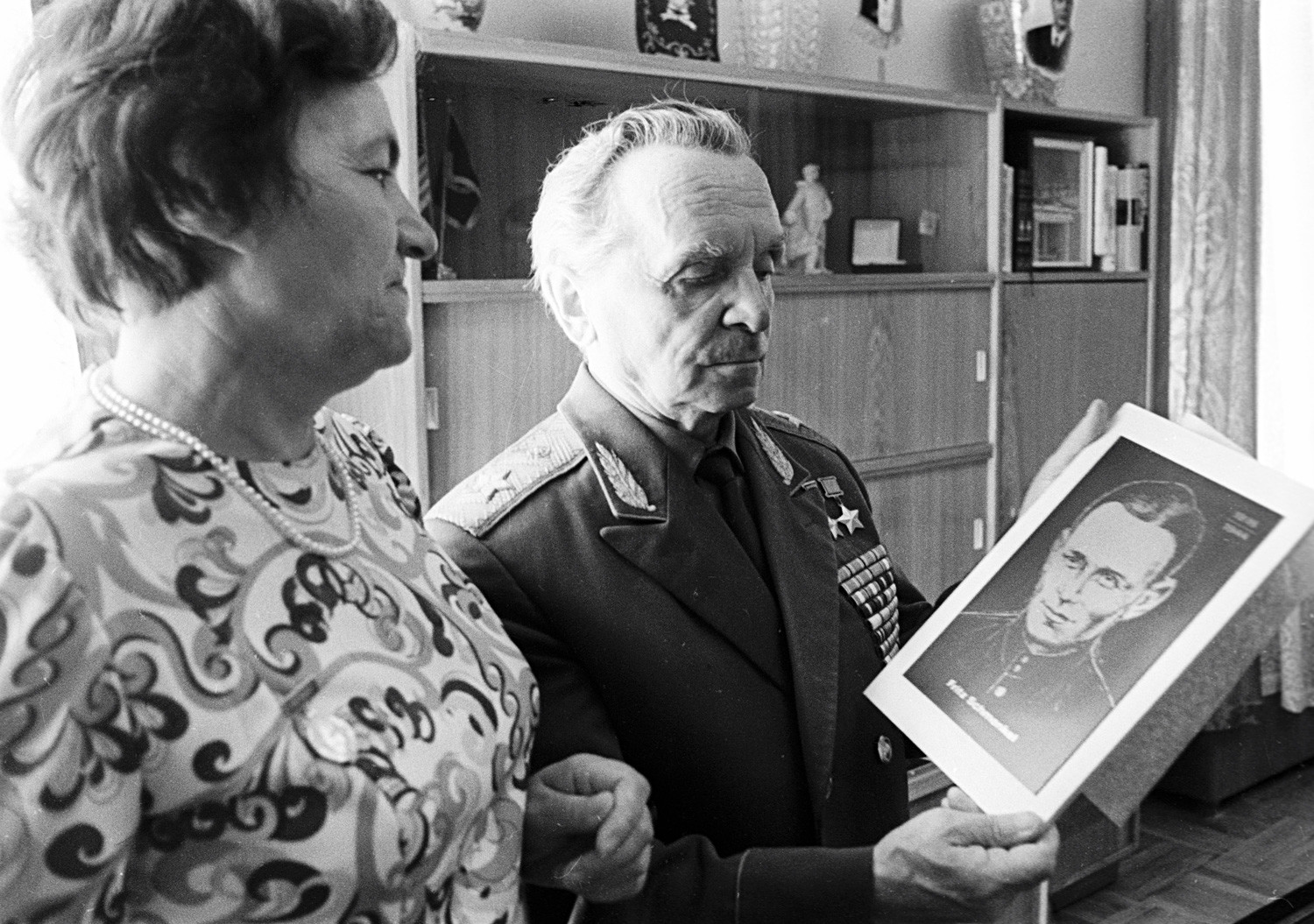 Erna Schmenkel giving General Pyotr Batov an engraving with the image of her husband.

Schmenkel’s popularity rose significantly: he became the hero of articles, books, and movies. His wife Erna was invited to visit the USSR. A street in Berlin and the 1st Fighter Squadron of the East German Air Force were named after him. However, after the fall of the Soviet bloc, Fritz Schmenkel’s name was consigned to oblivion for the second time.

What heroic deeds did Soviet soldiers perform during the war? Find out here.