5 Soviet superheroes in World War II who terrified the Nazis 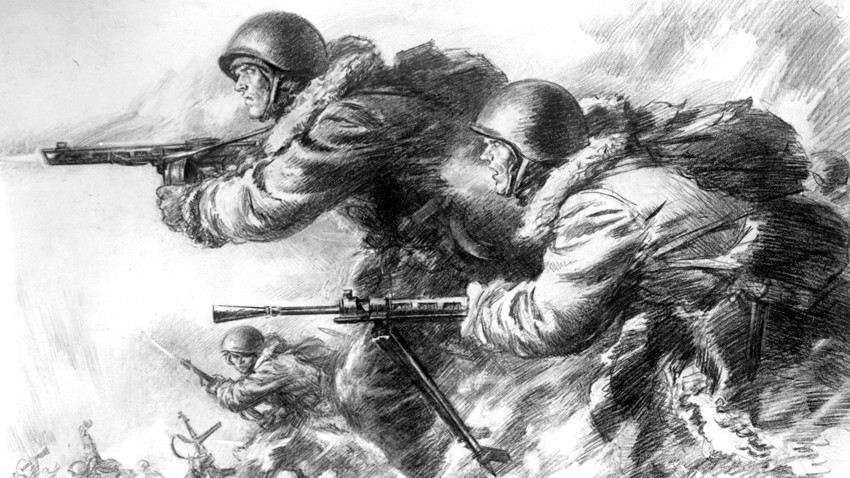 V. Scheglov/Global Look Press
We look at five extraordinary Soviet fighters in World War II whose feats were beyond anything humanly possible: stopping a tank with an axe, using shamanistic methods in sniper combat, and turning a German tank battalion into a shooting range of sitting ducks. Meet the Soviet superheroes! 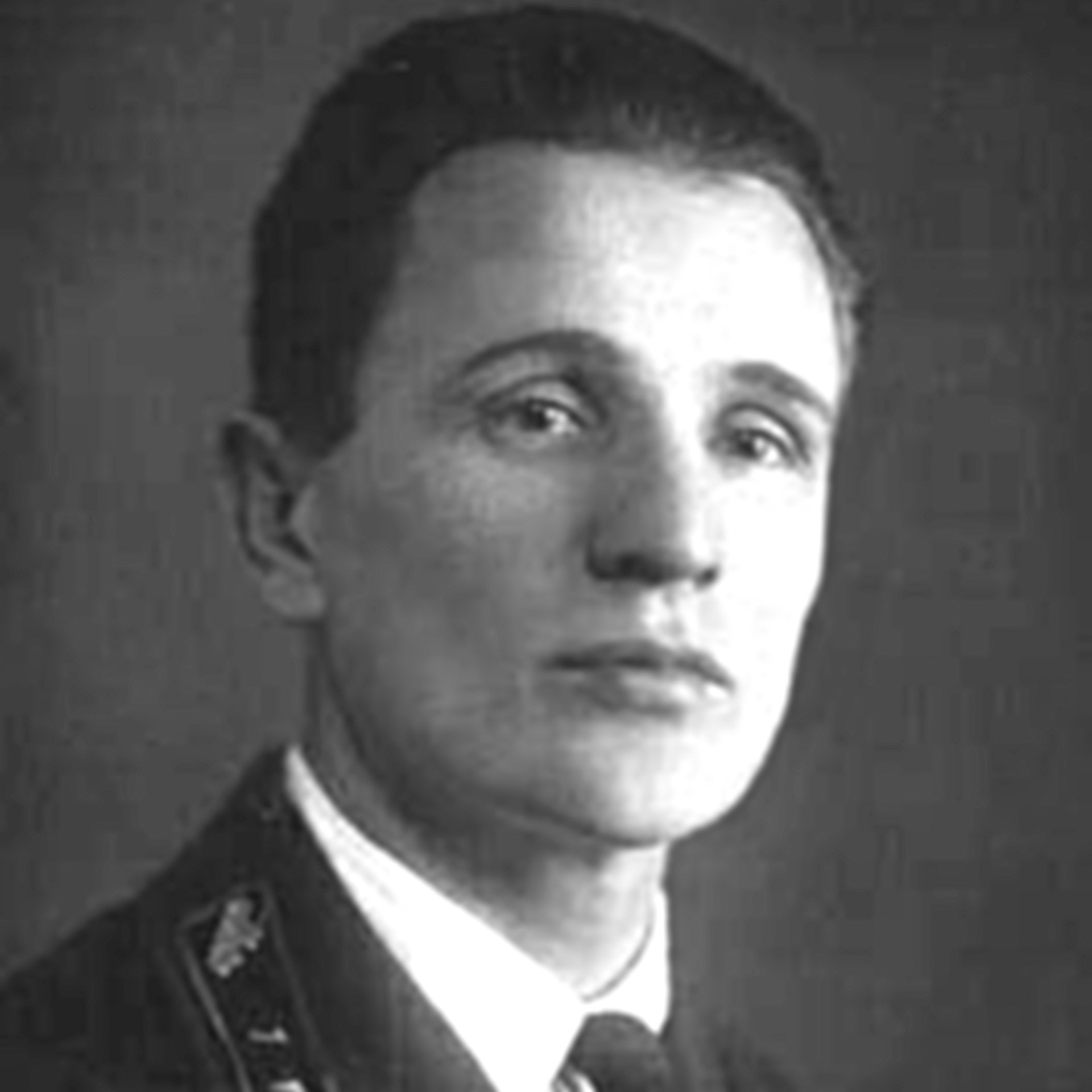 When World War II began, Zinoviy Kolobanov already had serious military experience. For example, he fought in the Finnish War of 1939-1940, during which he escaped from a burning tank three times.

In 1941, Kolobanov commanded a tank unit during the German advance toward Leningrad (now St. Petersburg). Near the village of Voskovitsy, Kolobanov’s unit got the order to defend the road leading to the town of Krasnogvardeysk (now Gatchina, 26 miles outside Leningrad). With only 5 heavy KV-1 tanks at his disposal, Kolobanov moved his unit to an important crossroads where he ordered two tanks to block the two roads to Krasnogvardeysk. Meanwhile, he strategically parked his tank 300 meters away in a hull-down position, such that it was barely visible.

As the German tanks approached their troops were overly confident, some even sitting on the hulls with hatches open. Clearly, they didn’t spot Kolobanov’s tank in a hull-down. Andrey Usov, Kolobanov’s ace gunner, destroyed the first and the last of the 22 tanks in the enemy column, effectively blocking them on a narrow road surrounded by swamp. The rest of the tanks were all lined up before Kolobanov’s tank just like in a shooting range.

Amid the turmoil, some of the enemy tanks’ ammunition exploded, while others slid into the swamp, rendering them motionless, yet they fired fiercely. Fortunately, KV-1 tanks proved almost invincible to German guns. After the battle, there were over 100 hit marks on the hull of Kolobanov’s tank, but none had pierced the armor. Kolobanov destroyed 22 enemy tanks, and his entire unit destroyed 48 in total, stopping the German forces.

Shortly after his most famous battle, Zinoviy Kolobanov was seriously wounded and recovered only in 1945. He lived in Minsk until his death in 1994. Kolobanov’s win was considered so incredible and audacious that many didn’t believe it. When in the 1970s Belarusian TV wanted to make a story about Kolobanov’s feat, it was disapproved by superiors as preposterous. 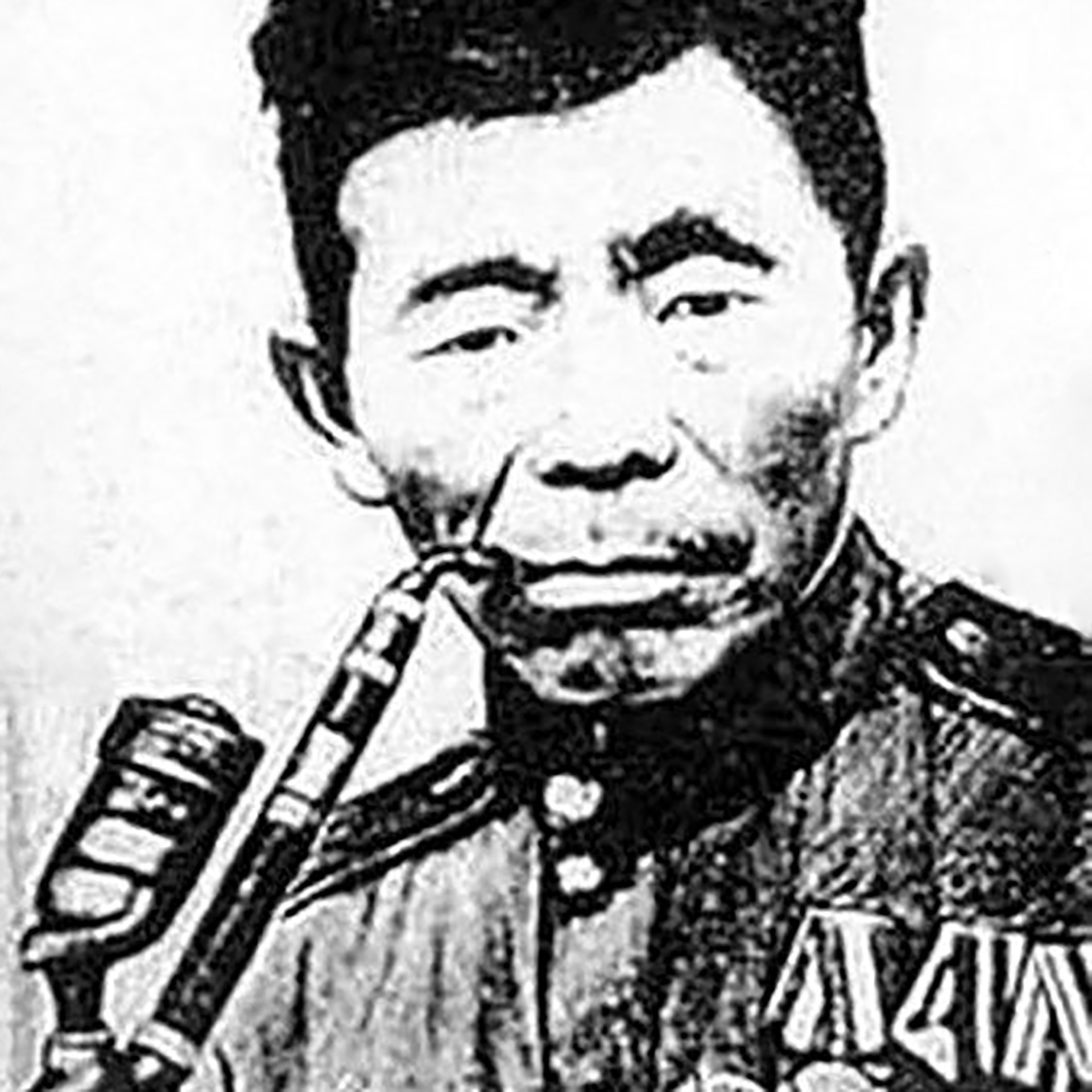 Semen Nomokonov was an indigenous Siberian, a member of the Evenk people. He had been a hunter since childhood, and because of his extraordinary eyesight he was nicknamed “Vulture eye.” He started his service in the army as a medic, and once when carrying a wounded soldier from the field he noticed a German sniper aiming at him. So, he grabbed a nearby gun and shot him dead almost without aiming. That’s how Nomokonov’s sniper career began.

In total, Nomokonov was wounded eight times. He killed 368 enemy soldiers, including one major general. His exploits were legendary, and the Germans purportedly nicknamed him “the Taiga shaman.” Often while on a mission, he utilized mirrors to distract the enemy with flashes, and used empty helmets on sticks to create “prosthetic” soldiers around him. Nobody could disguise himself better than Nomokonov.

He kept track of his kills by making notches on his smoking pipe, and he often used a simple rifle without a telescopic sight. “One could think that the hunter is using some type of impure force,” a journalist once wrote of Nomokonov. 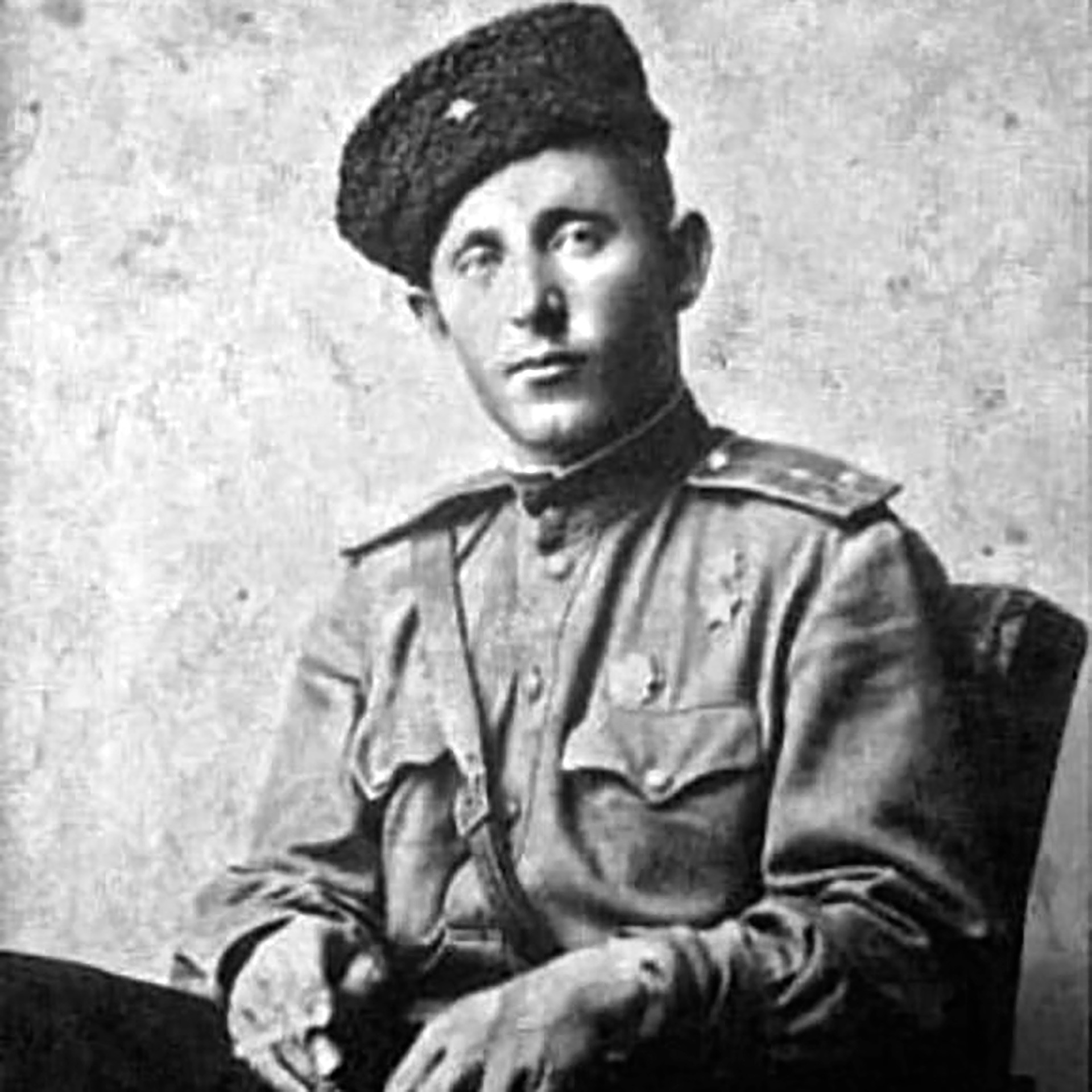 Ivan Sereda was just 22 in June 1941. Like many Ukrainians, he loved to eat and cooked very well, graduating from culinary college before the war began. Sereda was eager to get into battle, but there were few cooks who could provide healthy nutrition for the troops, so he was left behind to work in the field kitchen.

One day, when his regiment was on the front lines near Daugavpils in Latvia, two enemy tanks appeared in the rear of Soviet positions, near Sereda’s field kitchen. He acted quickly and hid with the regiment’s horses in the forest. The only weapons he had were an axe and an old rifle. One of the tanks advanced forward, while another one stopped beside the kitchen.

The Germans started to exit their tank to take stock of the captured kitchen and hopefully a warm meal. Suddenly, however, Ivan came running out of his hiding place waving an axe, forcing the Germans to retreat back into their vehicle. The machine gun started firing, but Ivan was already on top of the tank, bending the gun’s barrel with his axe. Then, he started commanding his fellow troops (who weren’t there, but the Germans didn’t know that) to hit the tank with grenades. All the while, he banged away on the tank’s armor with his axe.

When the terrified enemies tried to escape their tank, Ivan held them at gunpoint until his troops returned. Later, Sereda received the country’s most prestigious medals, Hero of the Soviet Union, and Order of Lenin, for his fighting prowess. Certainly, it wasn’t for his cooking skills.

4. Dmitry Ovcharenko: how does a Nazi lose his head 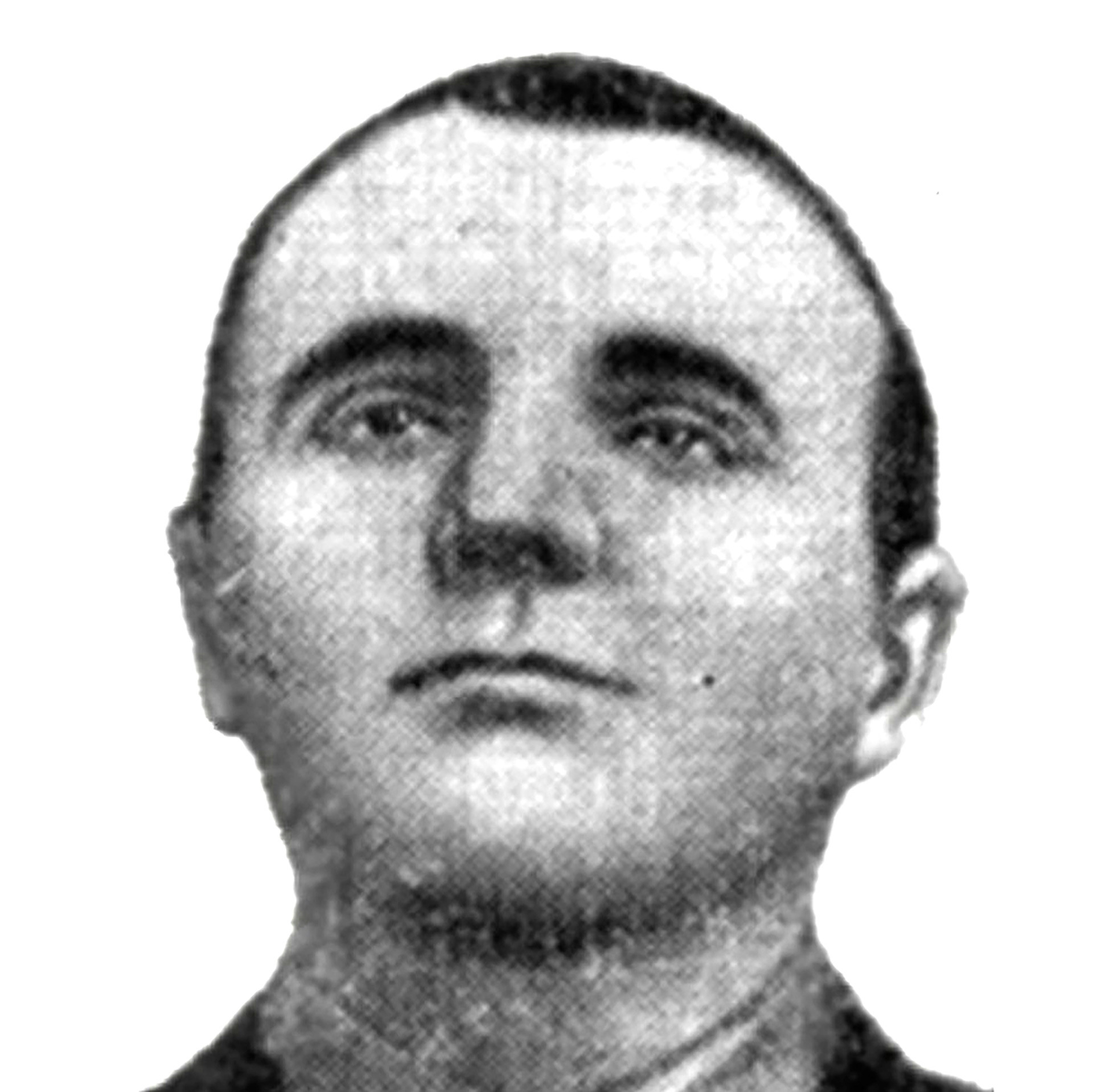 A peasant from Lugansk Region, Dmitry Ovcharenko wasn’t a very good student, having only completed five grades. He boasted considerable physical strength, however, and so he was drafted in the early days of the war. When Ovcharenko was wounded he was given a commission in a logistics regiment, charged with supplying troops with food and ammo.

On July 13, 1941, while transporting goods, Ovcharenko was caught unaware by a German squad of 50 soldiers and three officers. At gunpoint, they took away his rifle, and interrogated him near his carriage with hay, food and ammo. In the blink of an eye, however, Ovcharenko grabbed an axe hidden under the hay and beheaded the interrogating officer. In the next few seconds, while the terror-stricken Germans stood by, he threw three grenades, killing over 20 people, while the rest fled. Ovcharenko managed to kill yet another officer, beheading him with the same axe. To avoid any doubt of his amazing feat, he gathered proof, taking the German troops’ documents.

Soon after, Dmitry was awarded the medal of Hero of the Soviet Union, and sent to fight in a machine gun squad. Sadly, he didn’t see the final victory over the Nazis, and was killed in Hungary in early 1945. 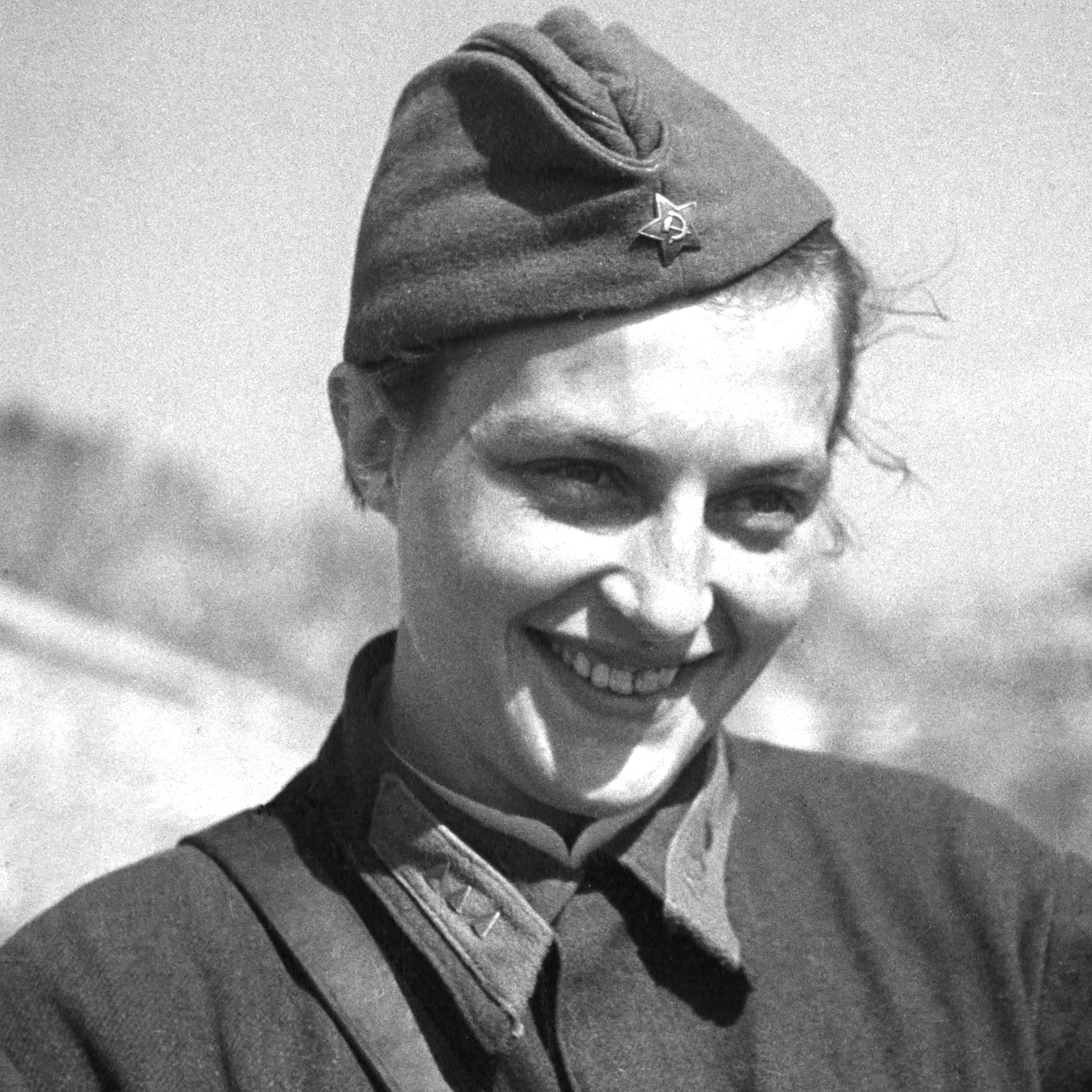 Lyudmila Pavlichenko is considered one of the most successful snipers in history, and the top female sniper ever. Nicknamed “Lady Death” by American journalists, in the Soviet Union her name was associated not with death, but with righteous vengeance.

In her youth, Pavlichenko studied to become a historian. When the war started, she had already finished her thesis work, but volunteered for the army. During her college years, she had taken sniper training courses. In the first years of the war, she met a sniper, Leonid, and they decided to marry. But Leonid was soon mortally wounded. Pavlichenko had to carry her groom’s dead body from the battlefield.

By June 1942, Pavlichenko already had 309 kills. One of her longest sniper duels was against a German who had already taken down two of her fellow Russian snipers. For the entire day, the silent duel continued, with both Pavlichenko and her German opponent lying low, waiting for either to show themselves.

After 24 hours, both exhausted, the opponents found each other. Pavlichenko was faster, however. In the German sniper’s notebook, she found records of the kills of over 400 Soviet and Allied soldiers.

In June 1942, Pavlichenko was wounded. After recovering, she was sent to the U.S. for propaganda purposes, where she met President Roosevelt and went for a short tour across the country and Canada.

“I’m only 25, gentlemen, and I’ve already killed 309 fascist oppressors. Don’t you think, gentlemen, that you’ve been hiding behind my back for too long?” she said in her famous Chicago speech. Pavlichenko impressed the Americans so much that even the folk legend Woody Guthrie wrote a song about the famous “Miss Pavlichenko” with the haunting refrain, “Three hundred Nazis fell by your gun.”

These are just a few of Soviet WWII heroes – but every man or woman who fought the Nazis can be called one. You can read about 12 women who helped defeat the Reich, or learn 5 facts about the most feared Soviet weapon. Maybe you’d like to know about foreign units in the Soviet army or how U.K. and U.S. helped boost Russian firepower? Or, if you’re tired of battles and weapons, try taking a look at the Russian peacetime hero.