What foreign units fought side by side with the Soviet Army against the Nazis? 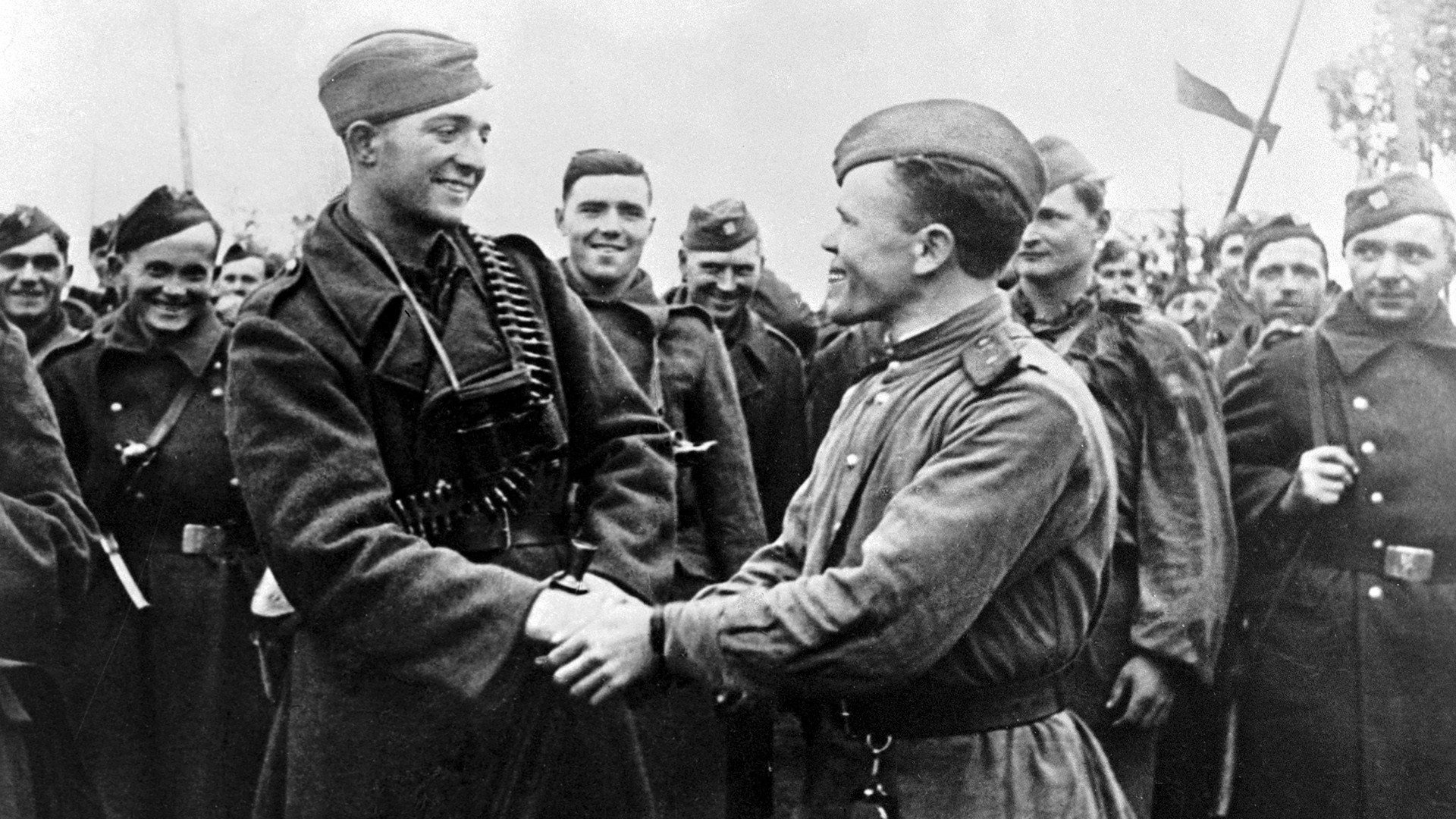 A Red Army officer congratulates Czechoslovak soldiers on the return to their homeland. 6.10.1944.

Sputnik
Hundreds of thousands of foreigners fought in the ranks of the Soviet Army during the Great Patriotic War. The most significant contribution was made by the Poles, who even participated in capture of the German capital.

Dozens of military formations made up of foreign citizens were established on the territory of the Soviet Union to fight the Nazis: Romanian, Polish, Yugoslavian, French, Czechoslovakian and Hungarian. In 1945, the number of soldiers in them reached half a million.

Formally, these units were under the command of the governments of their countries, still in practice they were integrated into the Soviet military system and followed the orders of the Soviet commanders and general staff.

After Czechoslovakia was annexed by the Third Reich in 1939, many citizens emigrated, including to the Soviet Union. On Sept. 27, 1941, the Kremlin and the Czechoslovakian government-in-exile signed an agreement on the creation of a military unit formed of Czechs, Slovaks and Rusyns who had managed to get to the USSR. 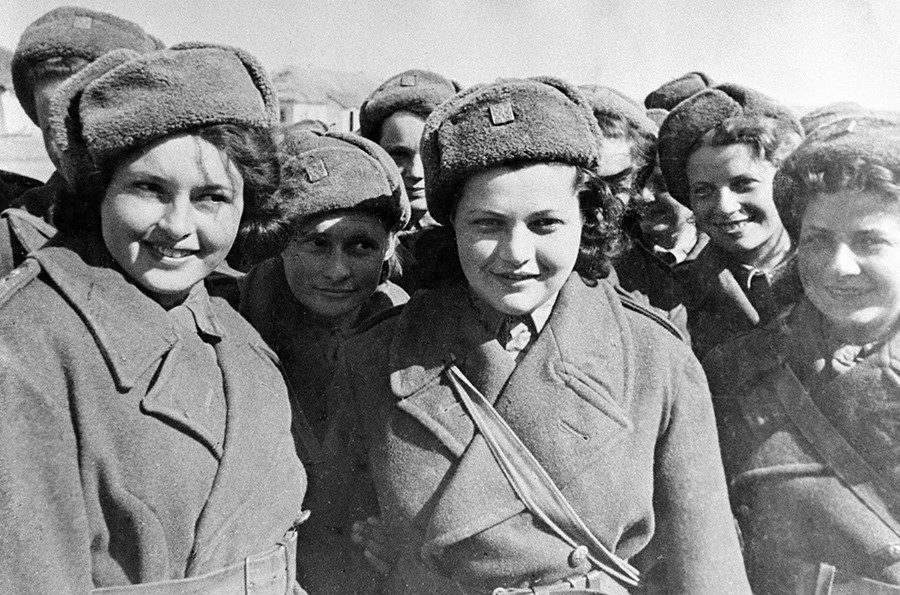 Nurses and signalers of the Czech unit.

Commander of the Corps and future President of Czechoslovakia (1968-1975) Ludvik Svoboda recalled how important this agreement was for Czechoslovakians in the Soviet Union: “It seems that all doors have opened for us. There were countless requests, an unprecedented influx of applications” (Ludvik Svoboda, Z Buzuluku do Prahy, 1970).

As Svoboda said, exiled Czechoslovakians got a chance to “help their people to wash away the shame of Munich,” a reference to the Munich Agreement of 1938, when their country was effectively sold to Hitler by the Western powers. 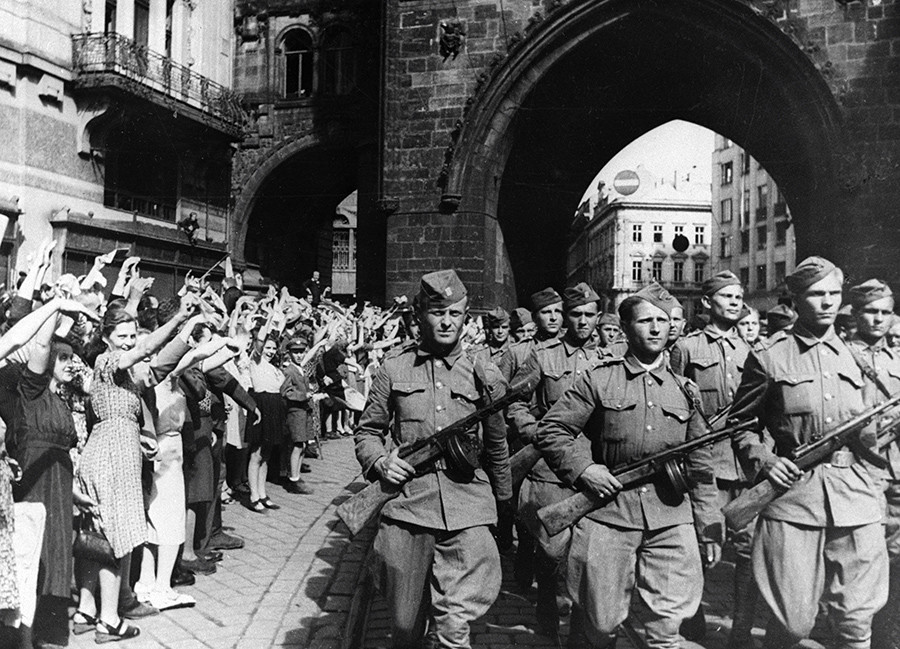 Prague townsfolk welcome the Czech Corps soldiers who together with the Soviet Army liberated the country from the German occupation. 09.05.1945

Over 30,000 people served in the 1st Czechoslovak Army Corps, the 1st Separate Czechoslovak air division, and auxiliary and rear services. They participated in the liberation of their country, supported the Slovak National Uprising and were among the first units to enter Prague in May 1945.

The Germans often shot captured Czechoslovakians without trial. Being formally citizens of the Protectorate of Bohemia and Moravia, they were considered as national traitors in the Third Reich.

Army within an army

The history of the Polish People’s Army started with the establishment of the 1st Tadeusz Kosciuszko Infantry Division on May 6, 1943. It was joined by Poles who happened to be on the territory of the USSR (interned soldiers, refugees etc.) and Soviet citizens of Polish origin. 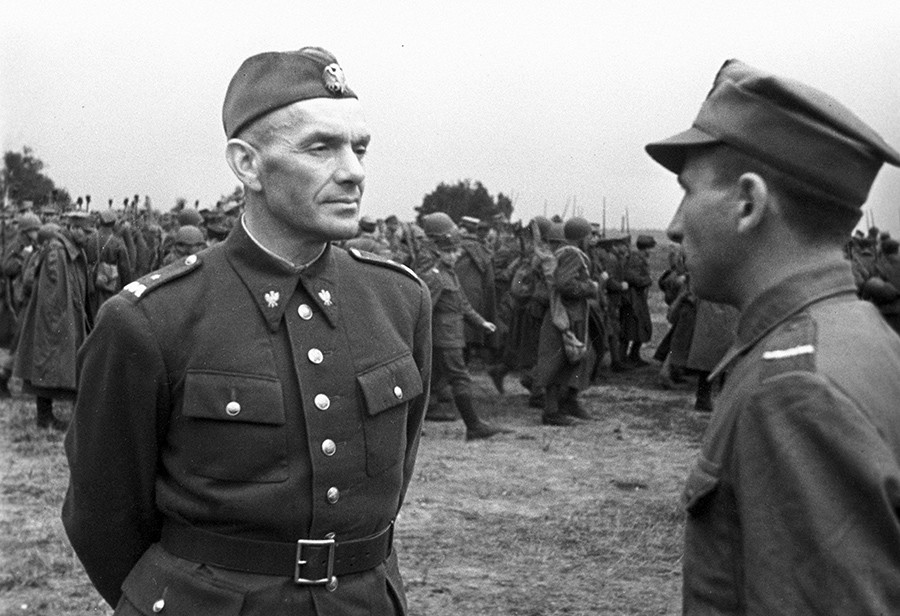 Commander of the First Polish Army General Stanislav Poplavsky writes in his memoirs “Comrades of the Front Roads” that the Soviet Union provided Polish troops with all the newest weapons and ammunition needed, but the main problem was the lack of officers, since most of them had left the Soviet Union in 1942 with the so-called Anders’ Army to fight on the Western front. (Stanislav Poplavsky, Towarzysze frontowych dróg, Warsaw, 1964)

It was then decided to transfer Soviet officers of Polish origin to the Polish People’s Army from all parts of the country. Poplavsky, who was a Soviet citizen himself, left his commanding post at the Soviet 45th Rifle Corps to join the Polish troops.

In 1945, the Polish People’s Army, known also as Berling’s Army (after its commander Zygmunt Berling), consisted of two armies that inter alia included 15 infantry divisions, tank corps, four aviation divisions, and artillery, engineer and cavalry units. Numbering 330,000 people, it was the largest foreign formation on the Soviet-German battlefront that fought against the Nazis. 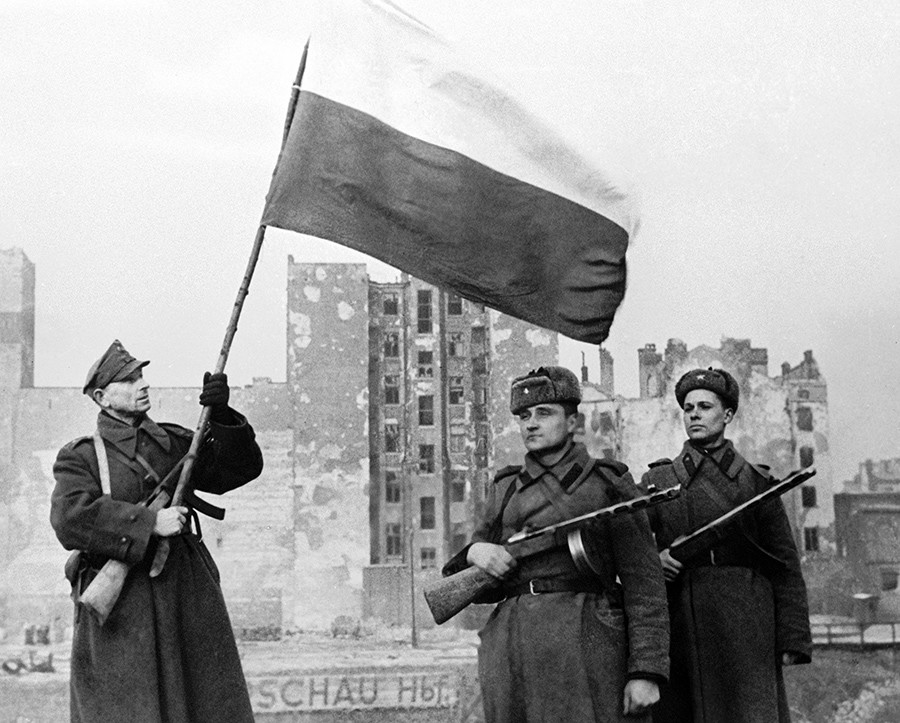 Over 185,000 Polish soldiers participated in the Battle of Berlin, with the Kosciuszko Division storming the center of the German capital. Polish flags appeared on Berlin’s captured buildings along with Soviet ones.

The Normandie air squadron (designated a regiment as of July 1943) was established under an agreement between Stalin and Charles de Gaulle’s Free France government-in-exile in 1942. French pilots got a chance to fight the Germans in Soviet airspace and in Soviet aircraft.

All ideological and political disagreements were left aside, and volunteer pilots were sent to the squadron regardless of their political views. As one of the squadron’s pilots Francois de Geoffre wrote in his memoirs, “France wanted to be represented wherever the struggle for freedom was being waged.” (François De Geoffre, Normandie Niemen: Souvenirs d’un pilote, Paris, 1958)

On Nov. 28, 1944, the regiment was praised for its successful participation in the liberation of Lithuania and the crossing of the River Niemen, after which it became known as the Normandie-Niemen Fighter Regiment. 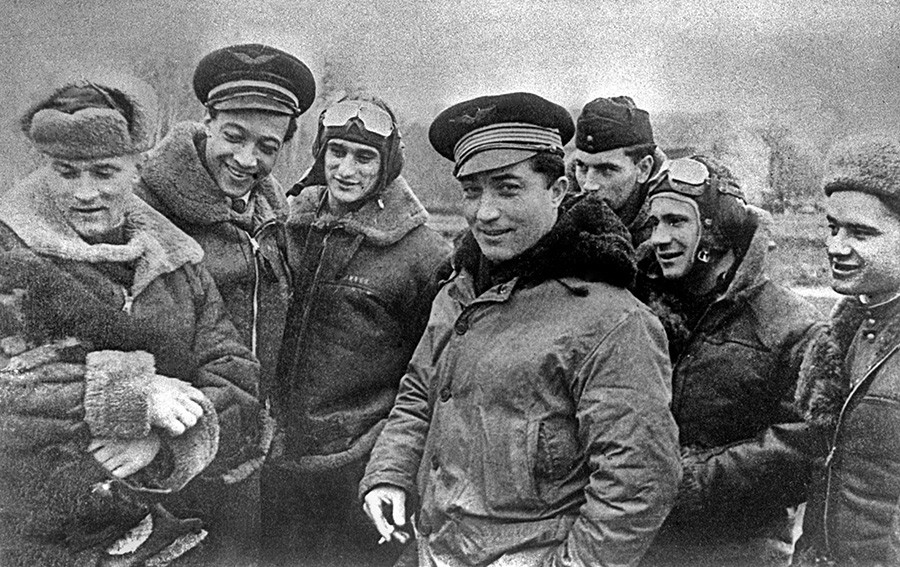 Russian and French pilots during the joint East Prussian military operation in January 1945.

French pilots hunted the Germans not only in the sky, but on the ground as well. De Geoffre recalls how, armed with machineguns and grenades, they assisted Soviet soldiers in ambushing straggled German infantry units that were hiding in the forests of Belorussia and Lithuania.

There was an idea to establish another Soviet regiment of French pilots to be called “Paris,” Francois de Geoffre writes. However, due to organizational difficulties this plan never saw the light of day, and fresh-faced pilots continued to fill the ranks of the Normandie-Niemen regiment.

Throughout its history, Normandie-Niemen won 273 air battles and lost 46 pilots.

In June 1945, the Normandie-Niemen air regiment returned home aboard 37 Yak-3 combat aircraft that the Soviet Union let them keep and presented to the renascent French Air Force.

Did the Soviet Union use German troops to fight the Nazis? Find out here.