How U.S. and UK firepower boosted the Red Army during WWII (PHOTOS) 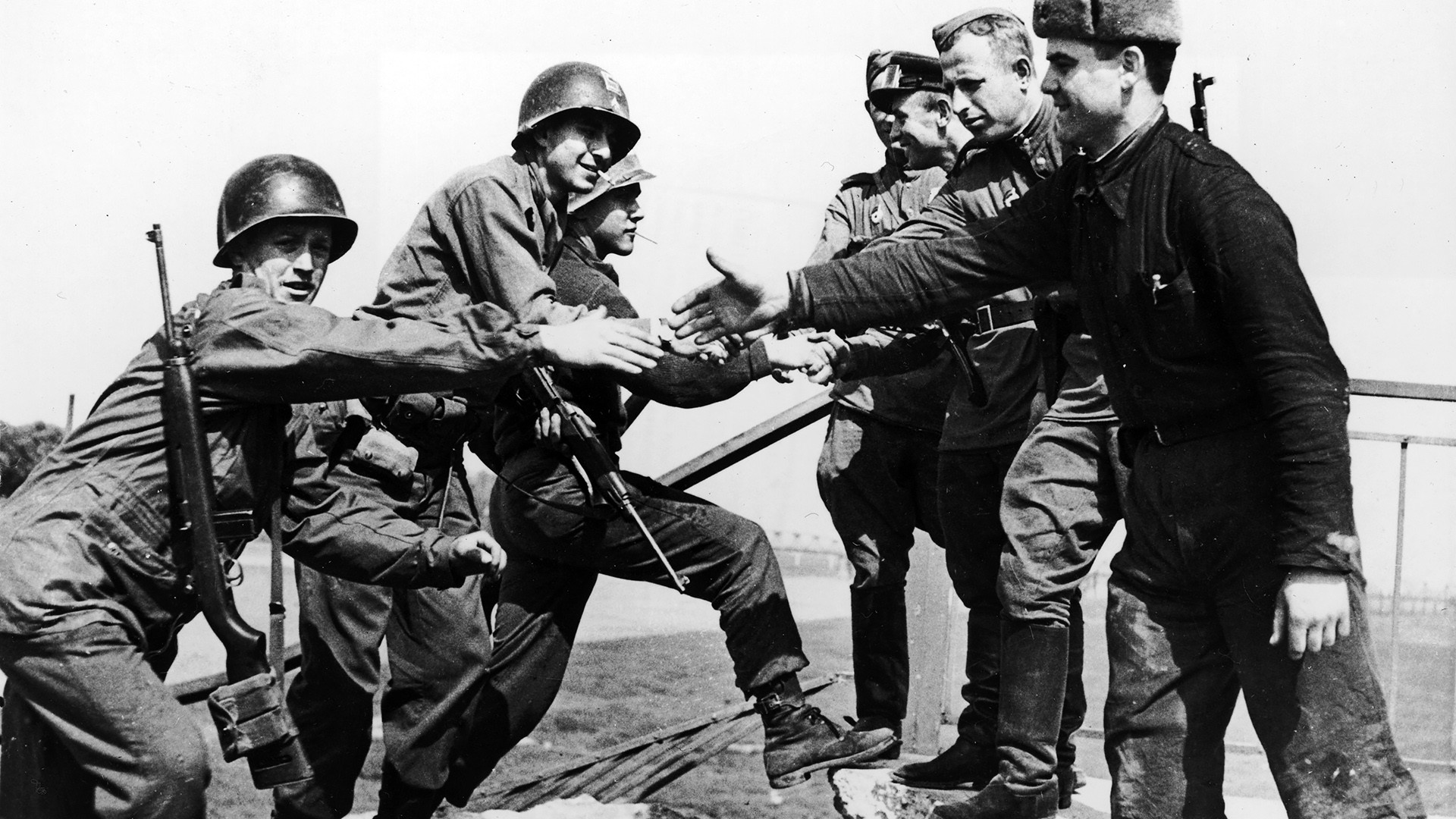 Getty Images
The lend-lease program, which saw food, weapons, and vehicles sent from America and Britain to the Soviet Union, played a significate hand in defeating the Nazis. Here are some snaps showing some examples of this much-needed assistance. 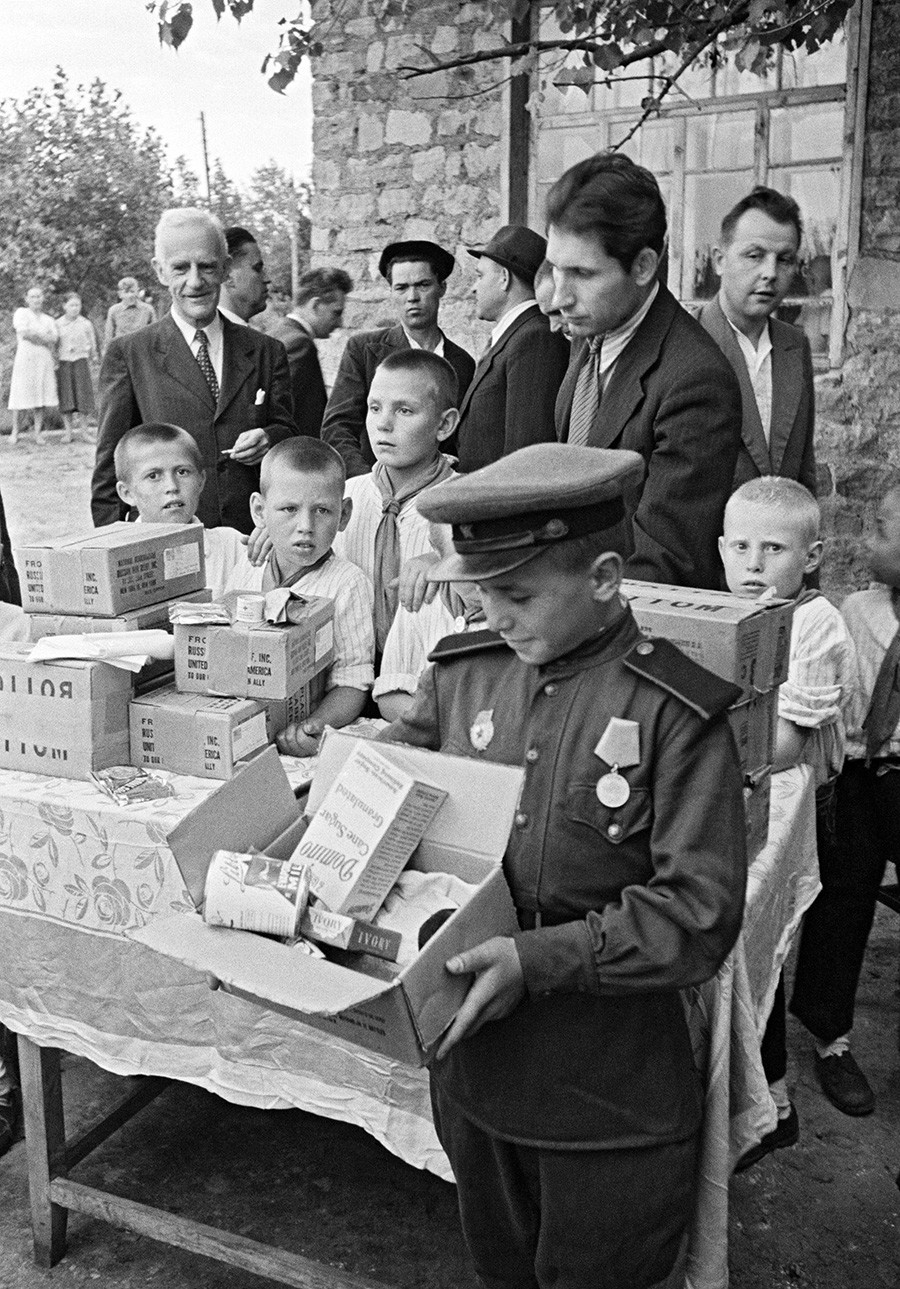 Food comprised almost five million out of the 18 million tons of goods that the USSR received from the Allies. Especially popular among soldiers and civilians during the war was canned meat. Soldiers called it “the second front” in the absence of the U.S. and UK’s decision to combat Germans in Europe in 1941 and 1942. The volume of canned meat received from America exceeded the amount produced in the Soviet Union sixfold. 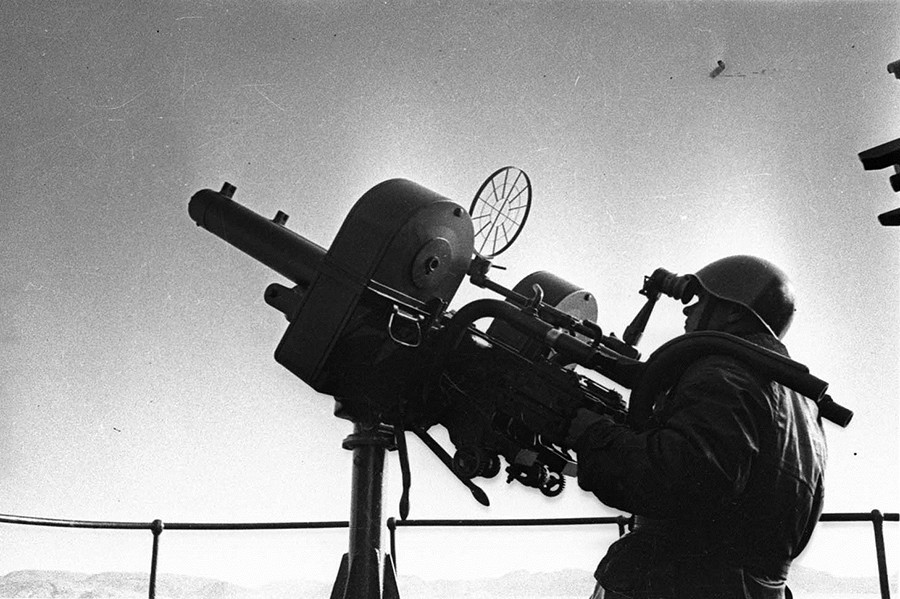 However, the bulk of the lend-lease aid that the USSR received was weapons. Here is an American Browning M2HB heavy machine gun installed on a Soviet ship 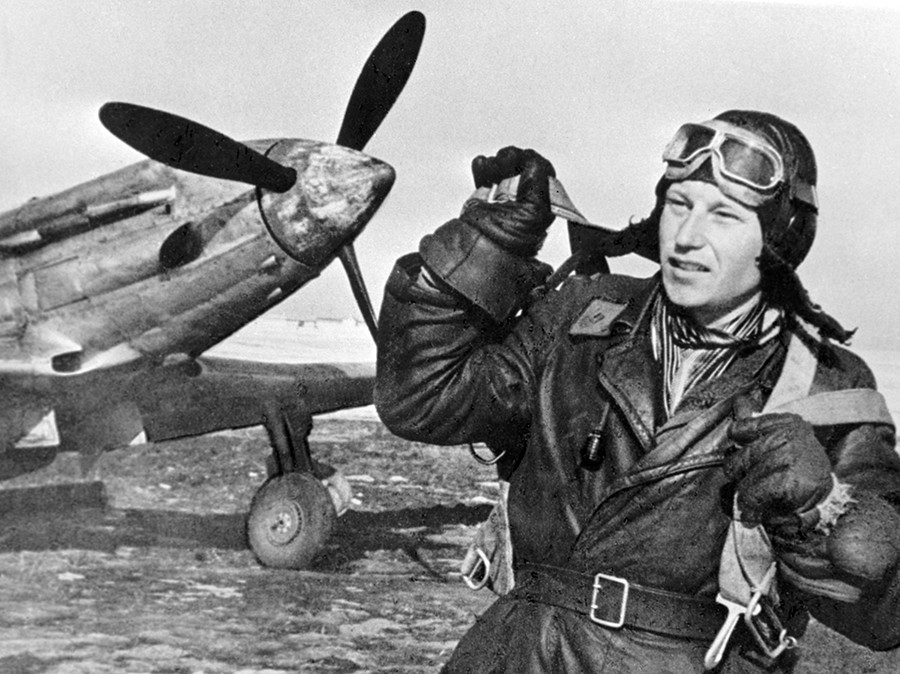 the the Soviet Union received almost 19,000 aircraft, the majority of which were fighters. This equated to almost 15 percent of all military planes used by the Soviets. Half of all U.S.-produced Bell P-39 Aircobra fighter aircraft (over 2,000) were sent to the USSR. The Aircobra was used by three-time Hero of the USSR pilot Alexander Poskryshkin (pictured). He shot down more than 60 Nazi planes. 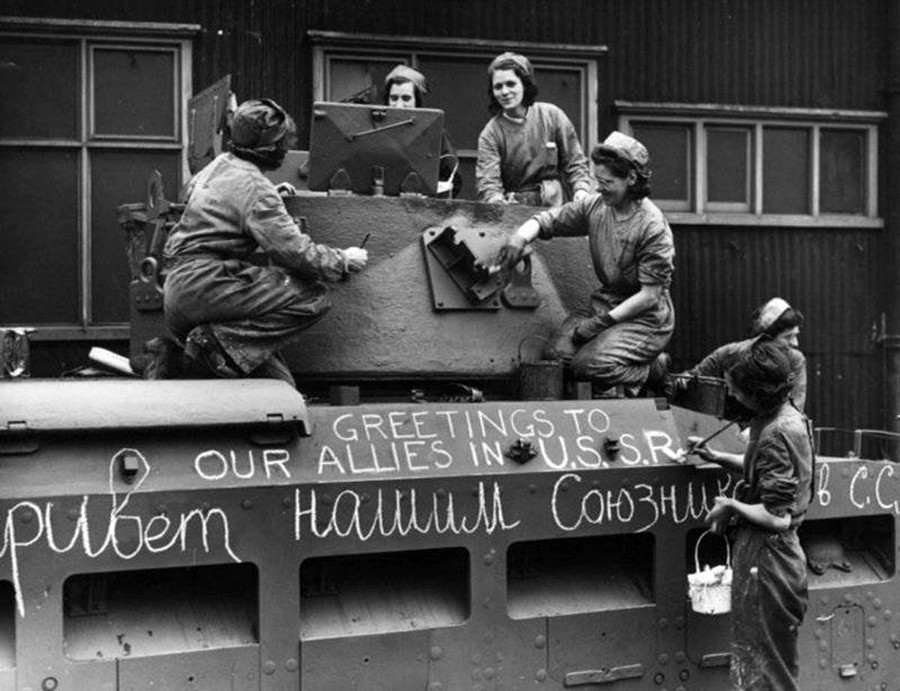 In terms of tanks, the USSR used almost 20,000 sent from the Allies - about 16 percent of the amount produced on home soil. These included 1000 British Matilda infantry tanks. Although they were sometimes rebuked for being slow and lacking firepower. However, they were comfortable to operate for the crews.

The Brits also supplied the USSR with Valentine tanks. Here, Soviet soldiers are greeted by Bucharest residents in Romania as they enter the city in the armored vehicles 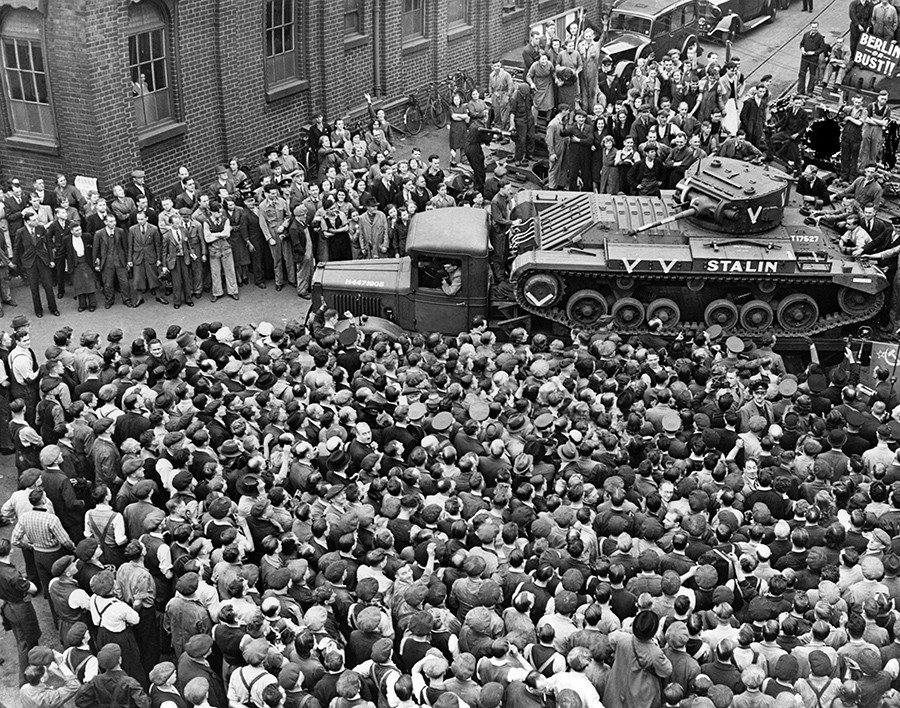 transfer of this Valentine tank (which was named in the UK after Joseph Stalin) to the port was preceded by a rally at the Birmingham Railway Carriage and Wagon Co. The Soviet ambassador was invited to take part. 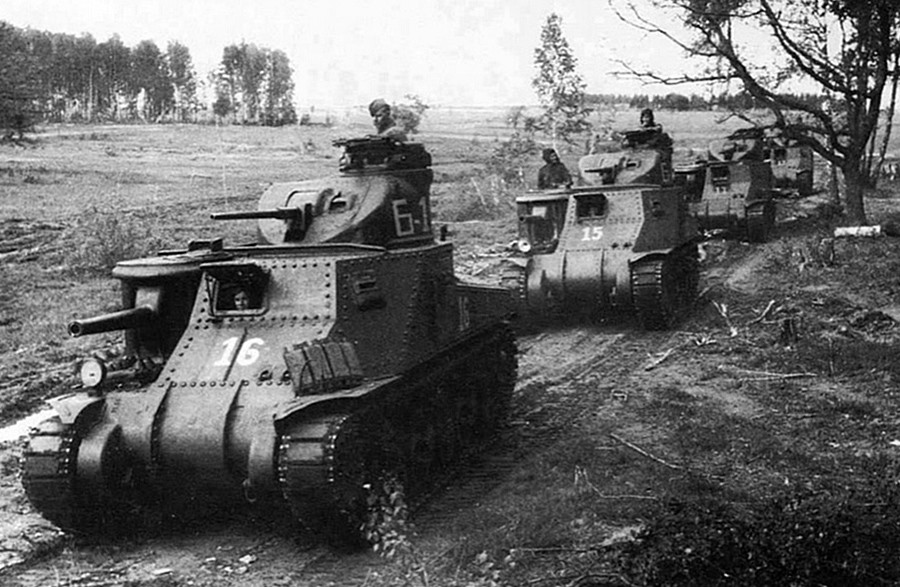 The M3 Lee, an American medium tank, was decked out with two guns and three machine guns. The USSR received about 1000 of these battle machines 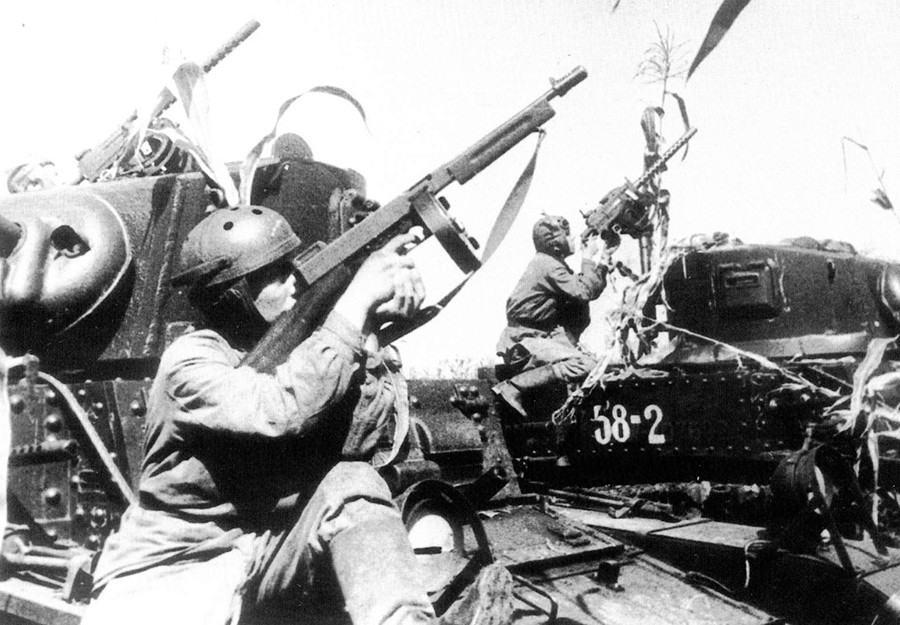 a Soviet soldier riding an American light tank - known as a Stuart - holds a Thompson machine gun, made famous by gangsters. 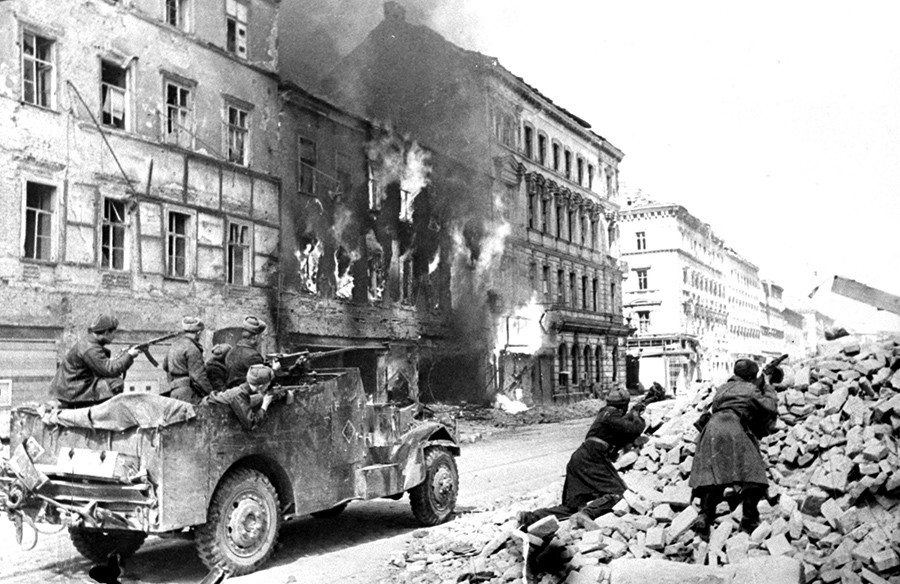 During the war the USSR did not produce its own armored personnel carriers, another the aid of the Allies was important. In this picture, Soviet soldiers are in an M3A1 Scout Car fighting the Nazis on the streets of Vienna

the Red Army, the American Willys MB was primarily used as a command or reconnaissance vehicle. The USSR received around 50,000 of these cars. 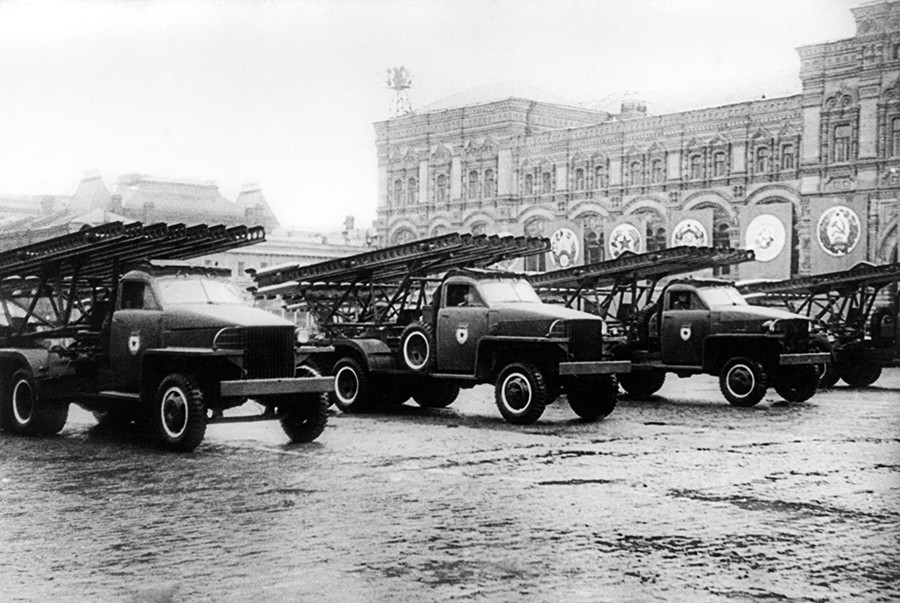 By May 1945, there were more than 200,000 Allied trucks in the Red Army. They were produced by Dodge, Chevrolet, GMC, Ford, Albion, Austin, and other companies. But the most widespread and famous was the Studebaker US6. It was also used to mount the famous Katyusha rocket launchers.