Who was the best tank ace of the Allies in WWII? 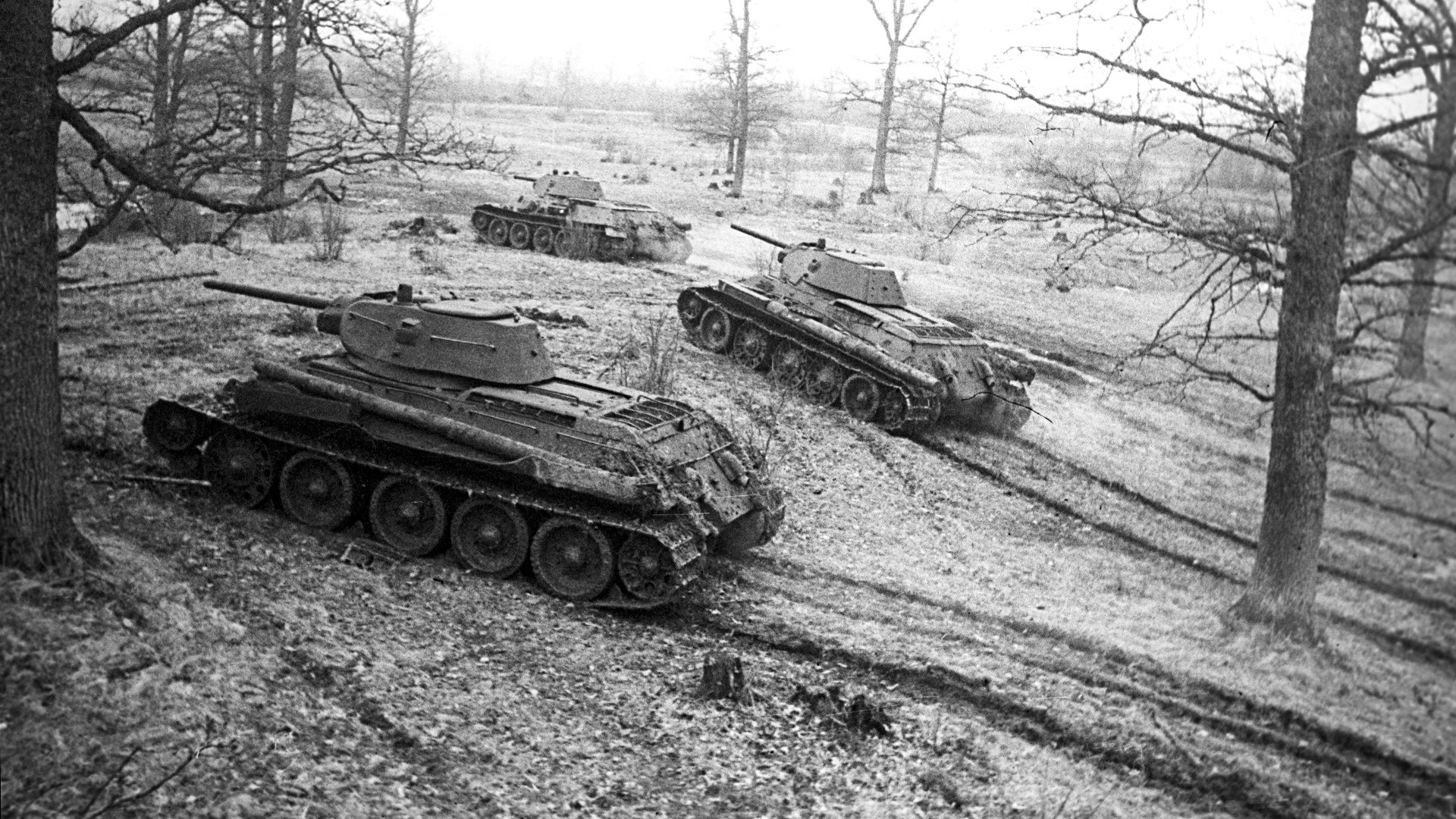 Nikolay Maksimov/Sputnik
Soviet tank commander Dmitry Lavrinenko was given only several months to prove that he was the best Allied tank ace of WWII with 52 victories. With such amazing effectiveness he would definitely have defied the legendary German aces, if only he had lived until the end of the war.

Although the most efficient tank aces of WWII were Germans with over 100 tank kills, the Allies also had their heroes and Soviet tank ace Dmitry Lavrinenko was top.

The big difference between Lavrinenko and the tank aces of the Third Reich is that unlike most of them, who went through the whole war, the Soviet tank commander died too early. Dmitry Lavrinenko entered battle in October 1941 and was killed in late December the same year. Still, during these 2.5 months, he managed to terminate 52 enemy tanks, which makes him the best tank ace of the Allies.

Besides, whereas a major role in the victories of German aces was played by their gunners, T-34 tank commanders during the early period of the war performed their own gunning duties. Such was Dmitry Lavrinenko.

Born in the village Besstrashnaya (“Fearless”) in the Krasnodar Region, Dmitry Lavrinenko lived up to the name of his birthplace – he never hesitated to engage in battle with superior enemy forces, if the situation demanded it. 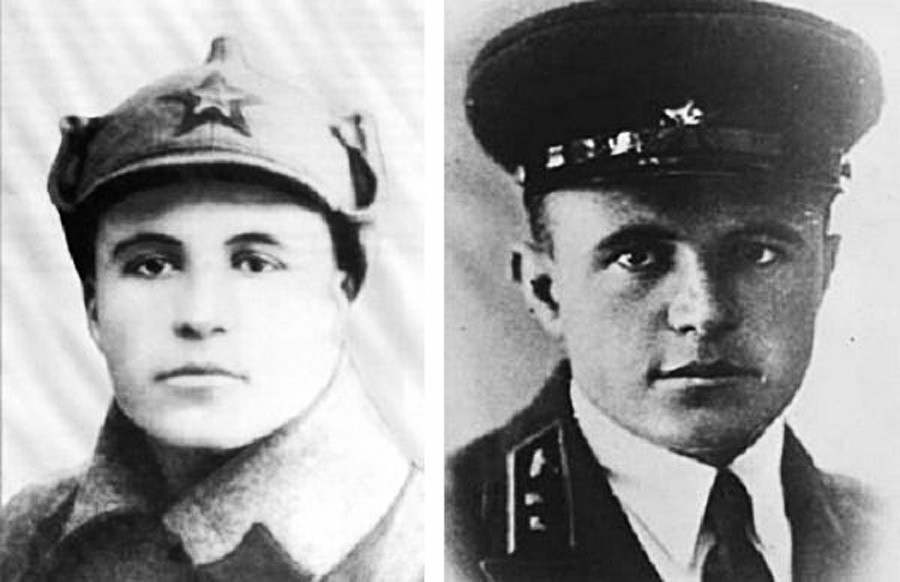 At the start of the Battle of Moscow in Sept. 1941 Lieutenant Dmitry Lavrinenko commanded a tank platoon in the 4th Tank Brigade (as of Nov. 11 – the 1st Guards Tank Brigade), which defended the Soviet capital in a series of hard and grueling battles.

On the Oct. 6, 1941, a group of four tanks under his command fought several dozen tanks of the 2nd Panzer Army near Pervy Voin village in the Orlov Region. The German tanks were ready to crush the Soviet infantry unit, when Lavrinenko arrived. Using the element of surprise, the Soviet tanks terminated 15 German machines, and allowed the soldiers to retreat.

In a similar situation, Lavrinenko’s tanks saved a group of Soviet mortar operators. “We may not come back alive, but must save the mortar company. Got it? Forward!” his tank driver Sergeant Ponomarenko quoted Lavrinenko as saying.  (In Russian) 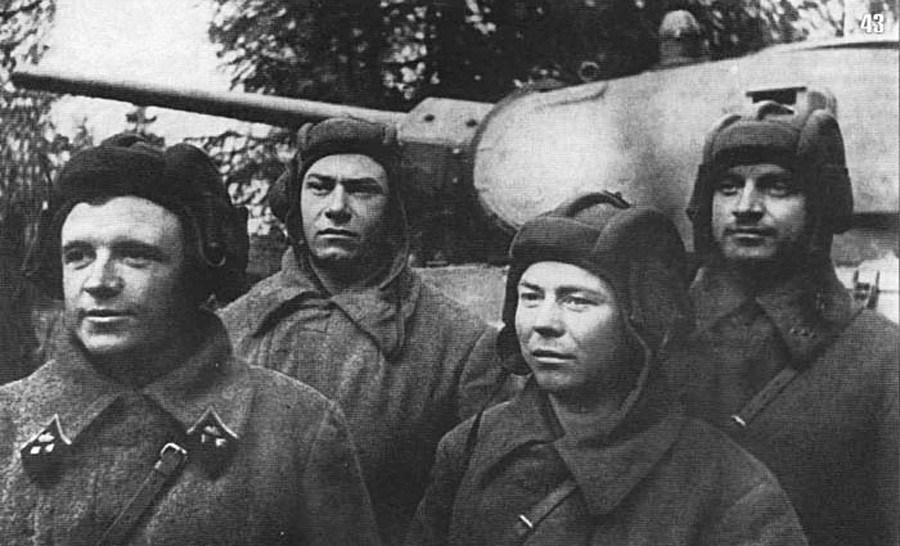 Lavrinenko's (first from the left) tank crew in October 1941.

On Dec. 5, Lavrinenko was awarded the Hero of the Soviet Union for destroying 37 German heavy, medium and light tanks during a 2-month period of permanent battles.

Dmitry Lavrinenko not only clashed with the enemy in open fighting, but organized skillful ambushes. General Dmitry Lelyushenko recalled: “Lieutenant Dmitry Lavrinenko scrupulously disguised his tanks by mounting logs which looked like tank guns. The fascists opened fire on these dummy targets. Luring them to approach within range, he unleashed hell from his ambush position and terminated nine tanks, two guns and numerous soldiers.” (D. Lelyushenko, “Dawn of Victory,” 1966).

Before going on the attack, Lavrinenko always carefully scrutinized the future battlefield and organized proper reconnaissance. He used the advantages of the landscape to perfection, hiding his T-34 behind trees, hills and uneven terrain to suddenly appear in unexpected places and cause maximum damage to the enemy.

Lavrinenko was known as a perfect sniper – he could shoot precisely with many types of firearms. His sniper skills served him in the tank as well. He effectively hit German tanks at long distance, but preferred to close in on the enemy at high speed at a distance of 150-300 meters and strike at point blank range. 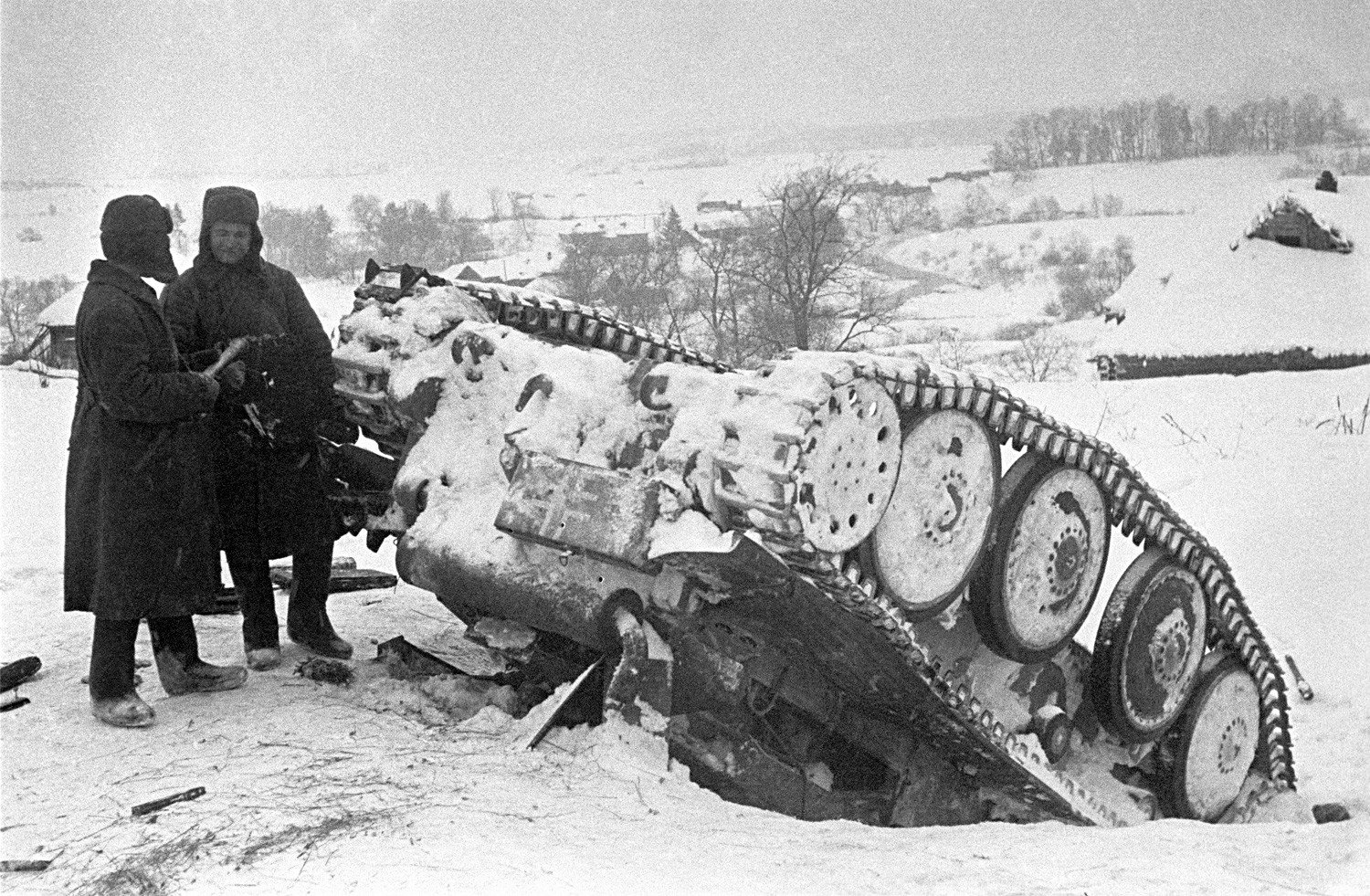 Two Soviet soldiers near a disabled Nazi tank. The Battle of Moscow.

The Soviet tank ace never lost his head and always thought rationally. During the Soviet counteroffensive in the Battle of Moscow, his tank platoon surprisingly smashed a German garrison in the village of Gryady and opened up the road to the neighboring village of Pokrovskaya. Yet Lavrinenko refused to press his advantage, and stopped the offensive. It was done just in time – German reserves were ready to cut off his troops from the main forces.

The Soviet tank ace was killed by mortar shell shrapnel near Volokolamsk in the Moscow Region on Dec. 18, 1941. It is very likely that  had fate given him more time, Dmitry Lavrinenko would have challenged the best German aces Kurt Knispel, Martin Schroif and Otto Carius, who are credited with more than 150 tank kills each.

Did you know that the best Allied hot shot was also Soviet? Find out here.