Katyusha: 5 facts about the most fearsome weapon of WWII 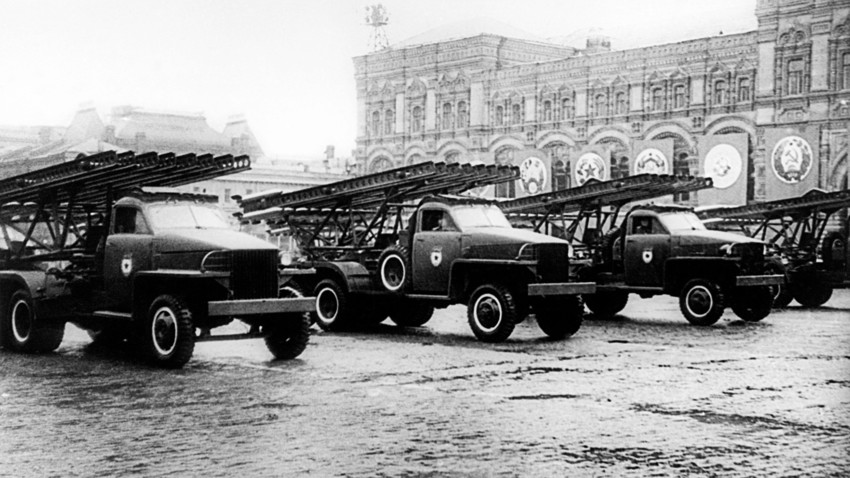 Getty Images
‘There were many cases of people becoming mad due to the Soviet’s rocket launcher fire,’ a captured German corporal said, according to a report written during the Red Army’s counteroffensive in 1941. He was referring to the terrifying ‘Katyusha.’

Katyusha was presented to highest Soviet officials right before the war. Initially, the device – a few projectiles mounted on a simple truck – did not impress them much. But when it fired they were all stunned. The first one who came to his senses was Minister of Defense Semyon Timoshenko who angrily rebuked his deputy: “Why didn't you report to me about having such a weapon?” The final decision to launch the production of the Katyusha was taken one day before the German troops crossed the Soviet border – on June 21. Just hours before the war Joseph Stalin greenlighted its mass production. 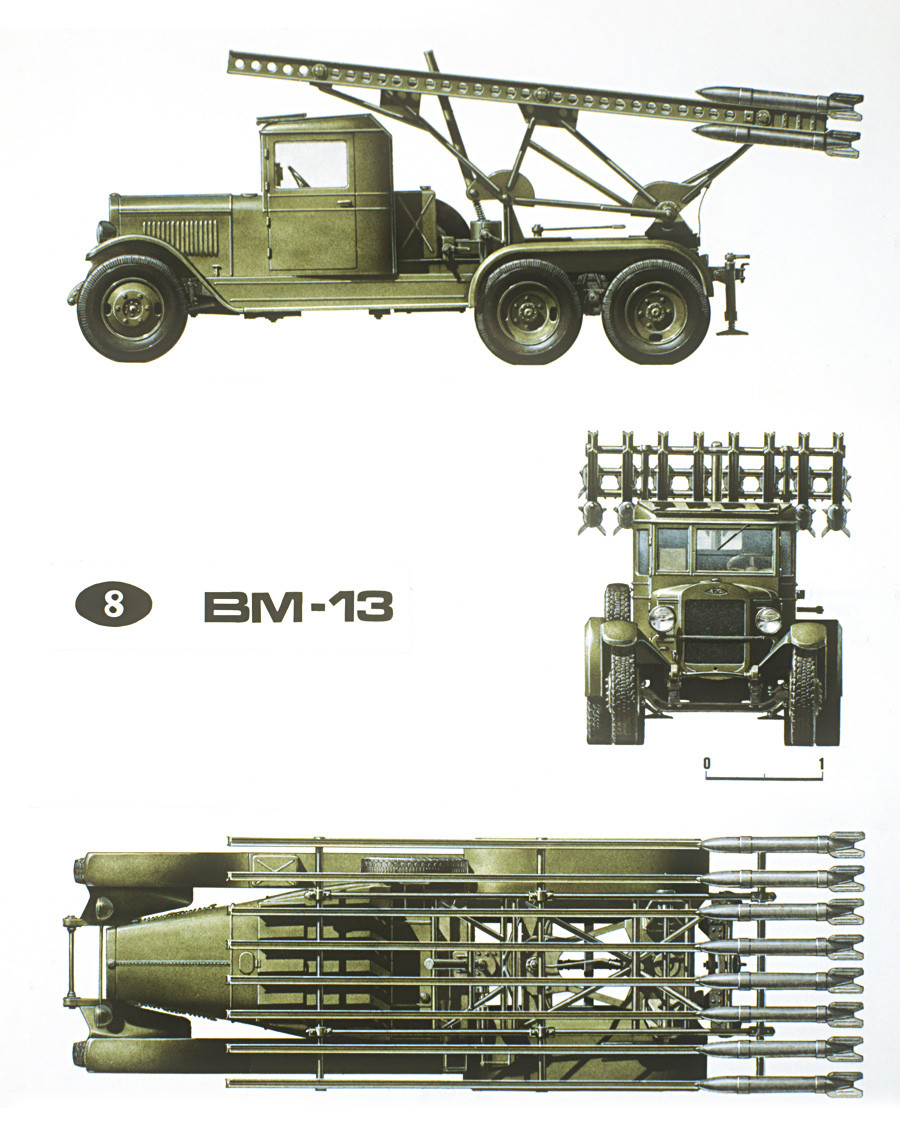 The new weapon was a top-secret development. Every Katyusha was fitted with an explosive device so the weapon could be destroyed before the Germans had a chance to capture it. Katyusha regiments were called Guards Mortars to make sure it wasn’t obvious they possessed the rocket launcher.

The official name of the weapon was BM-13, BM stood for fighting machine and 13 referred to the caliber of missiles. The first experimental unit consisting of seven BM-13 under the command of captain Ivan Flerov was used in fighting for the first time in the Belorussian city of Orsha (500 km west of Moscow) on July 14. Orsha was a huge transportation hub that had already been taken by the Wehrmacht. 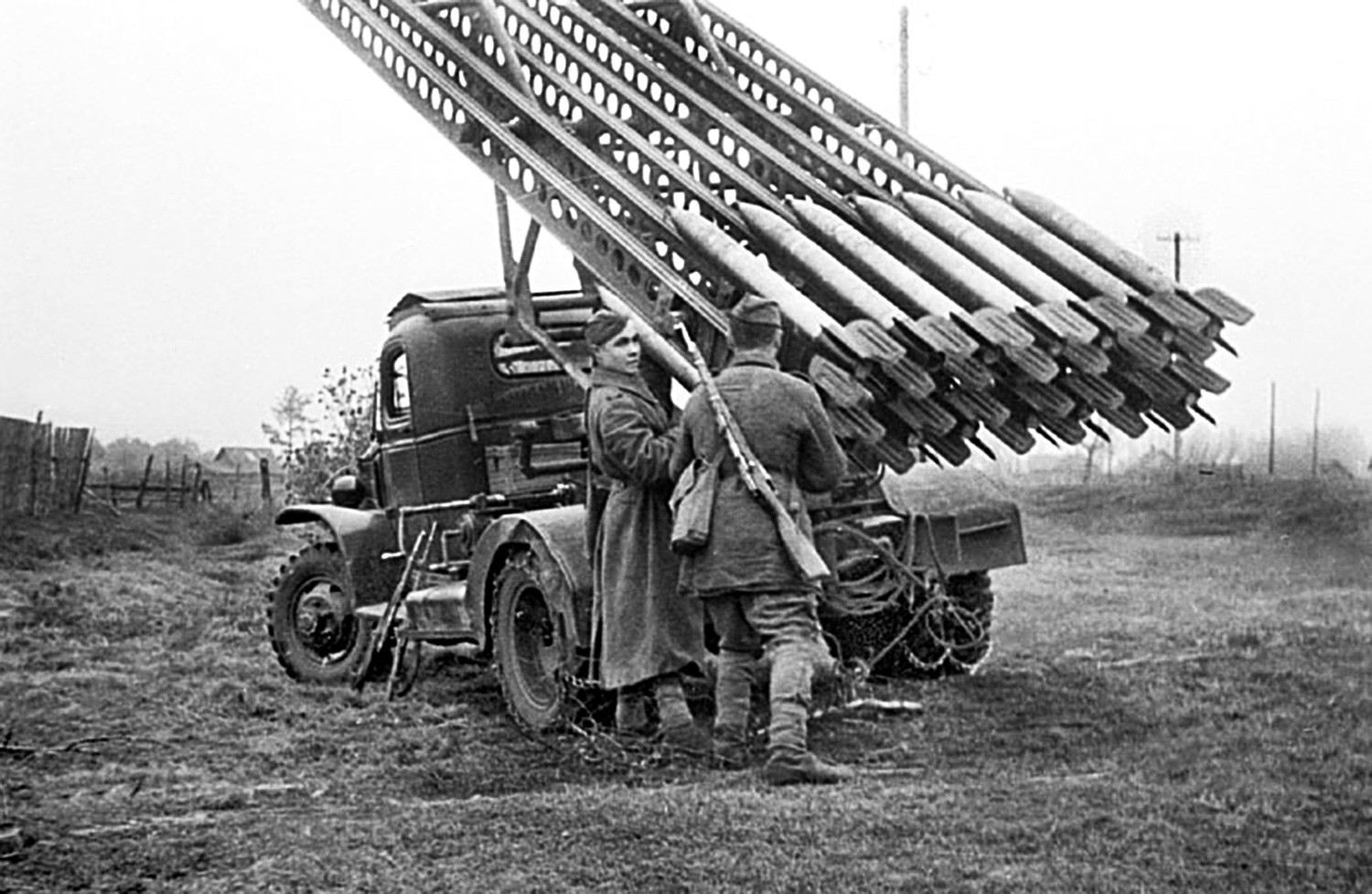 There were a lot of troops and ammunition concentrated there. In its first the Katyusha exceeded all expectations of Soviet military leaders – the hub was devastated. Rocket launchers bombarded the area and quickly left. The chief of the Wehrmacht’s General Staff Franz Halder wrote in his diary about this incident:

“The Russians used an unknown until now . A firestorm of shells burned the railway station of Orsha, all troops military hardware. Metal was melting and soil was burning.”

The shock and devastating effects on the enemy mainly due to the Katyusha battery’s capacity to deliver several tones of explosions in just a few seconds to cover an extensive area. of such salvo was comparable to that one of 70 heavy artillery guns combined. However, unlike the traditional artillery, BM-13s were mobile and could move quickly between firing spots. It made them hard to track down. The Katyusha’s missiles were also designed to leave a minimal trace, so it was not possible to identify the location of the battery and strike back. From 1942, they were mounted on American Studebaker trucks that the USSR received as a part of program. Powerful and fast, they were ideal for the Katyushas. 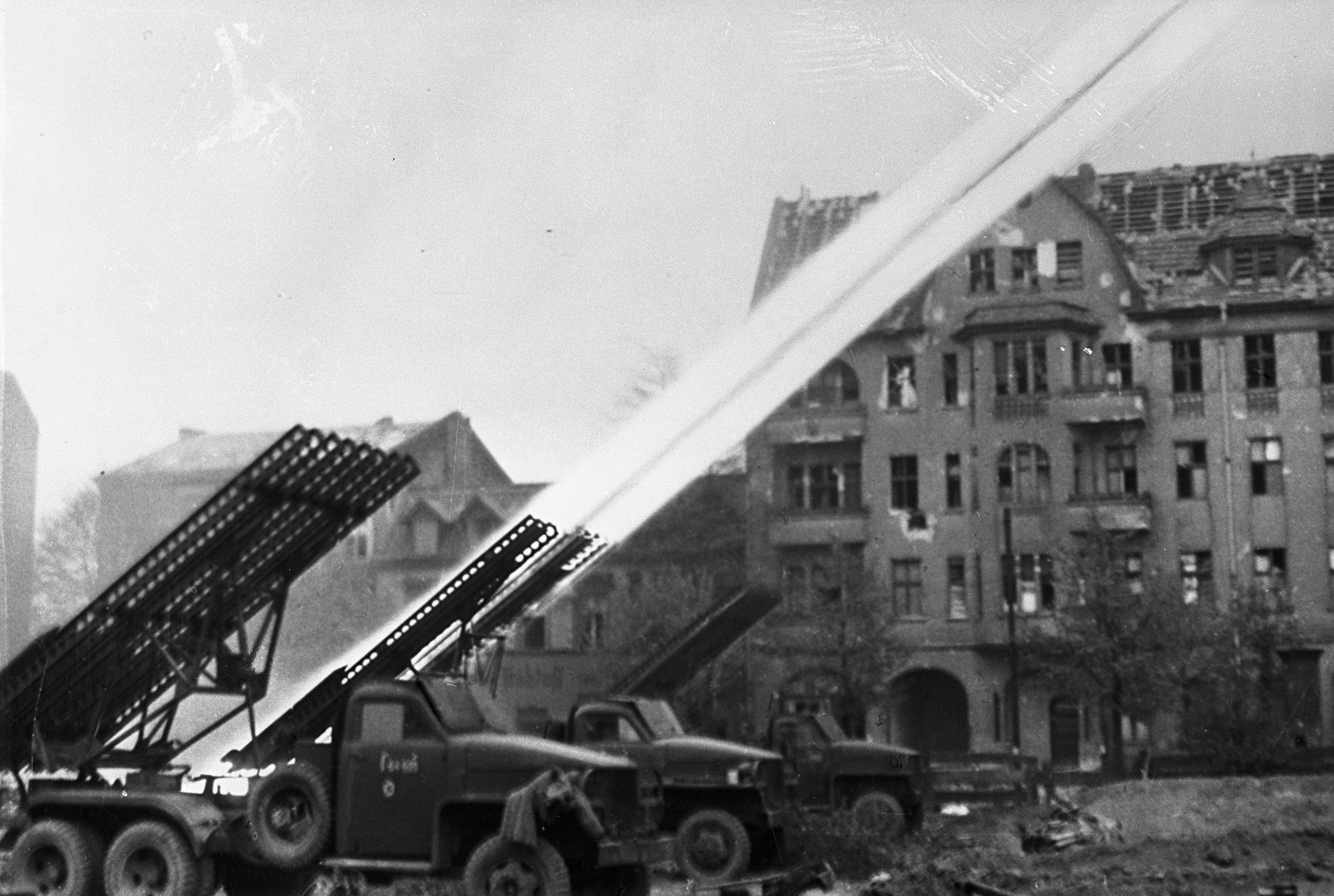 After the weapons proved its efficiency in combat, multiple new units of the rocket launchers were formed and sent to the front. The Katyusha became a widespread Soviet weapon and one of the main symbols of WWII for Russians.

The battery of captain Flerov fought until early October in a bid to resist the Wehrmacht’s push to Moscow. Then his unit was encircled in the city of Vyazma (300 km west of Moscow). Soldiers fired all of their missiles and blew up the machines. The Germans did not manage to take either equipment or personal as the unit fought until the last soldier was dead - as a result Captain Flerov war praised posthumously.

4. The Germans failed to create a copy

The Germans were eager to get familiar with the new Russian weapon but for a long they could not get their hands on it. They say that the Germans were so eager to get the weapon that the famous Nazi commando Otto Skorzeny was entrusted with this task. But when the Nazis finally got hold of the Katyusha they discovered that they could not copy them. They say that the thing the Germans failed to develop was powder that was used in Soviet missiles. It left no trace and provided the missile with a stable and long flight. 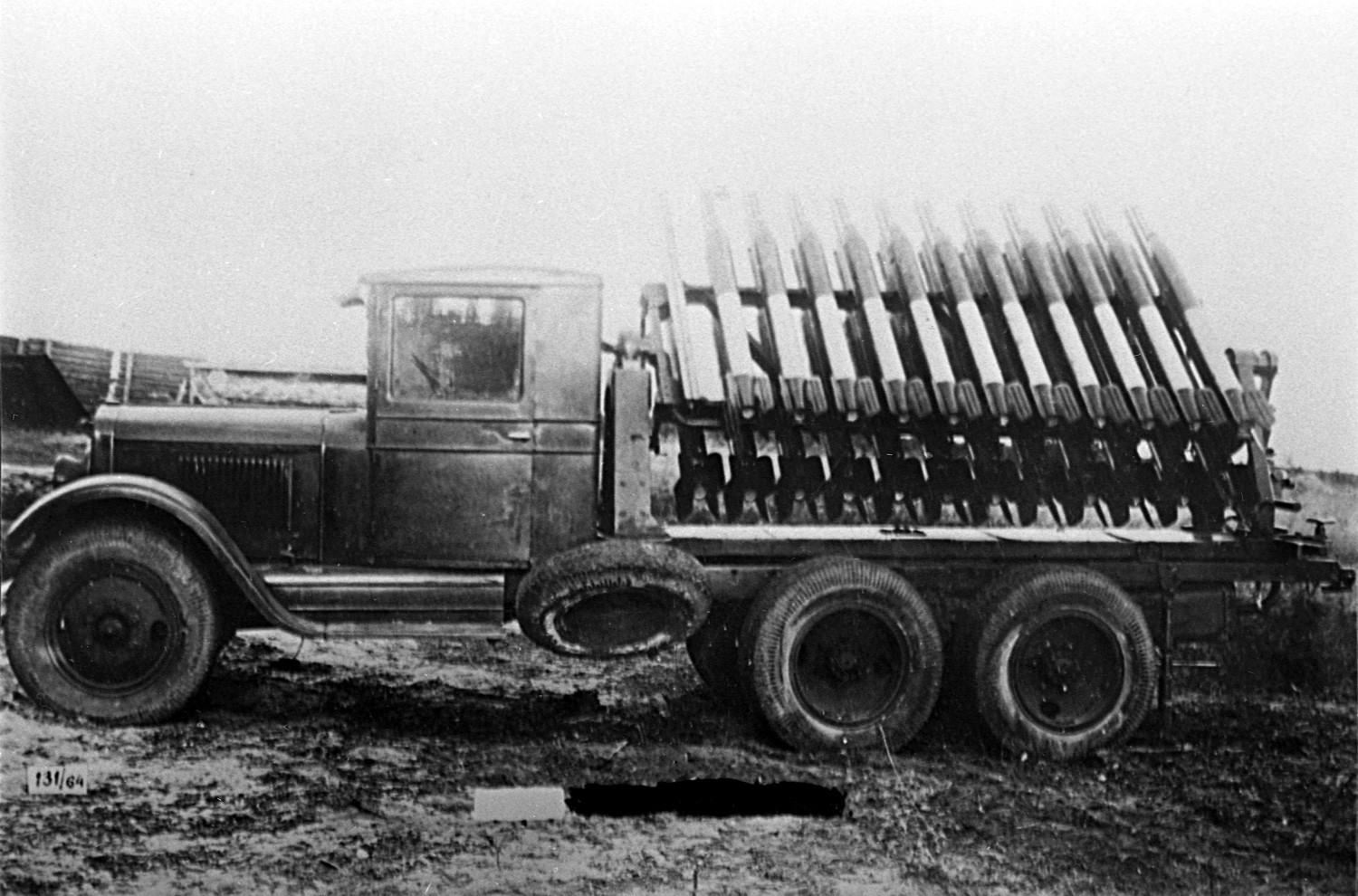 Unlike the traditional artillery, BM-13s were mobile and could move quickly between firing spots

The Germans had their version of a rocket launcher – the Nebelwerfer – a six-barrel mortar. However, it could not deploy as many missiles as the Katyusha (it usually had 16), it was not mobile, had a shorter range, and after had a long trace in the skies that gave away its location. The Germans failed to design their own multiple-launch rocket system.

Why was it call Katyusha? Well, Katyusha was a popular song at the time. It was the name of a girl (the diminutive form of Ekaterina or Katya) who was longing for her boyfriend who was sent off on military service to patrol the border. 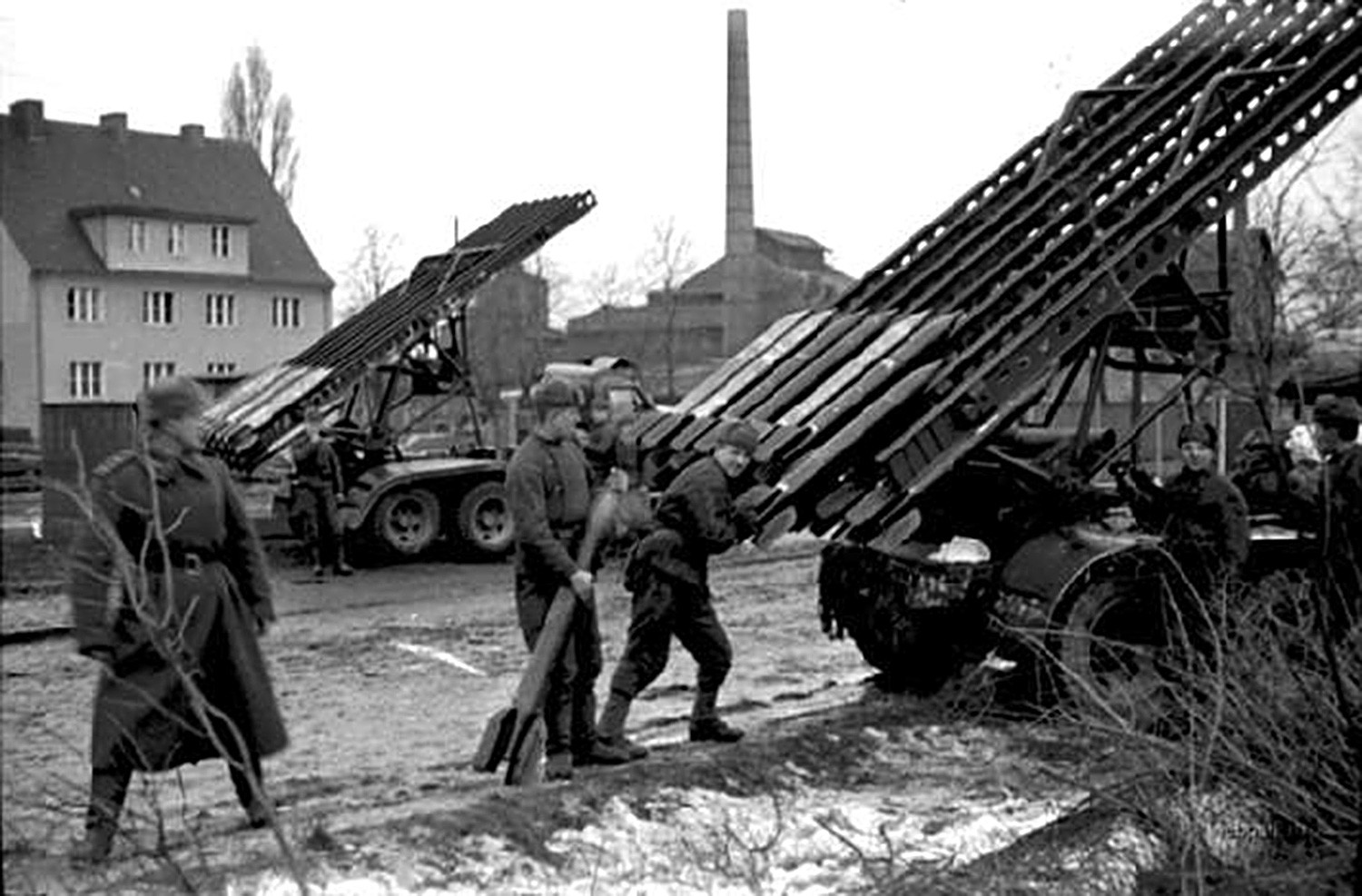 Another version says the letter “K” was put on the machine’s frame as it was produced by the Komintern factory in Voronezh. According to the third legend, Katyuska was a name of a girlfriend of a Russia soldier who serviced the weapon.