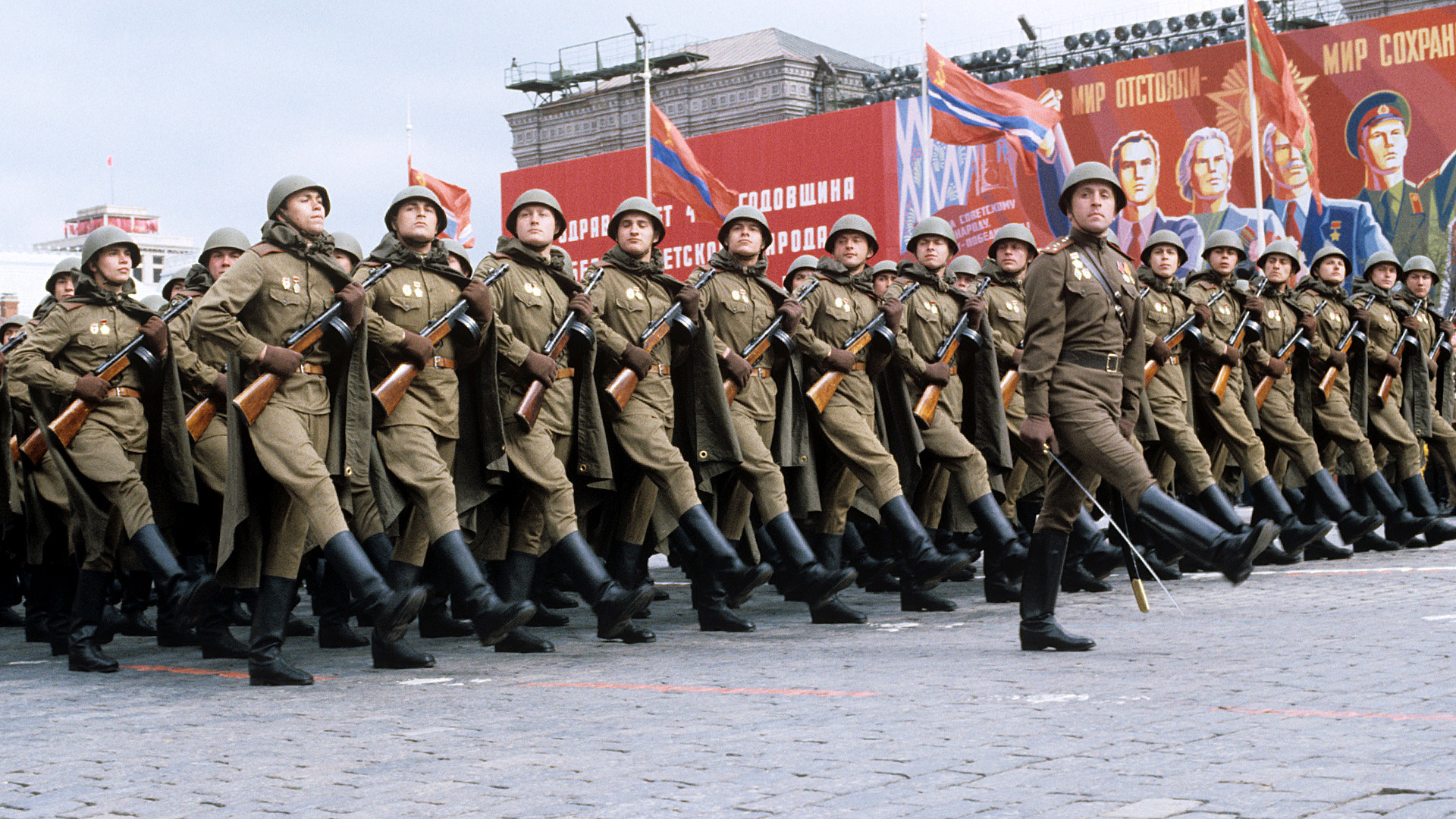 Yuriy Somov/Sputnik
In the past these parades only happened on major anniversaries - military units have also been invited including representatives from the U.S., UK, and China - in fact, even ex-Nazi soldiers have watched event’s unfold on Moscow’s main square. 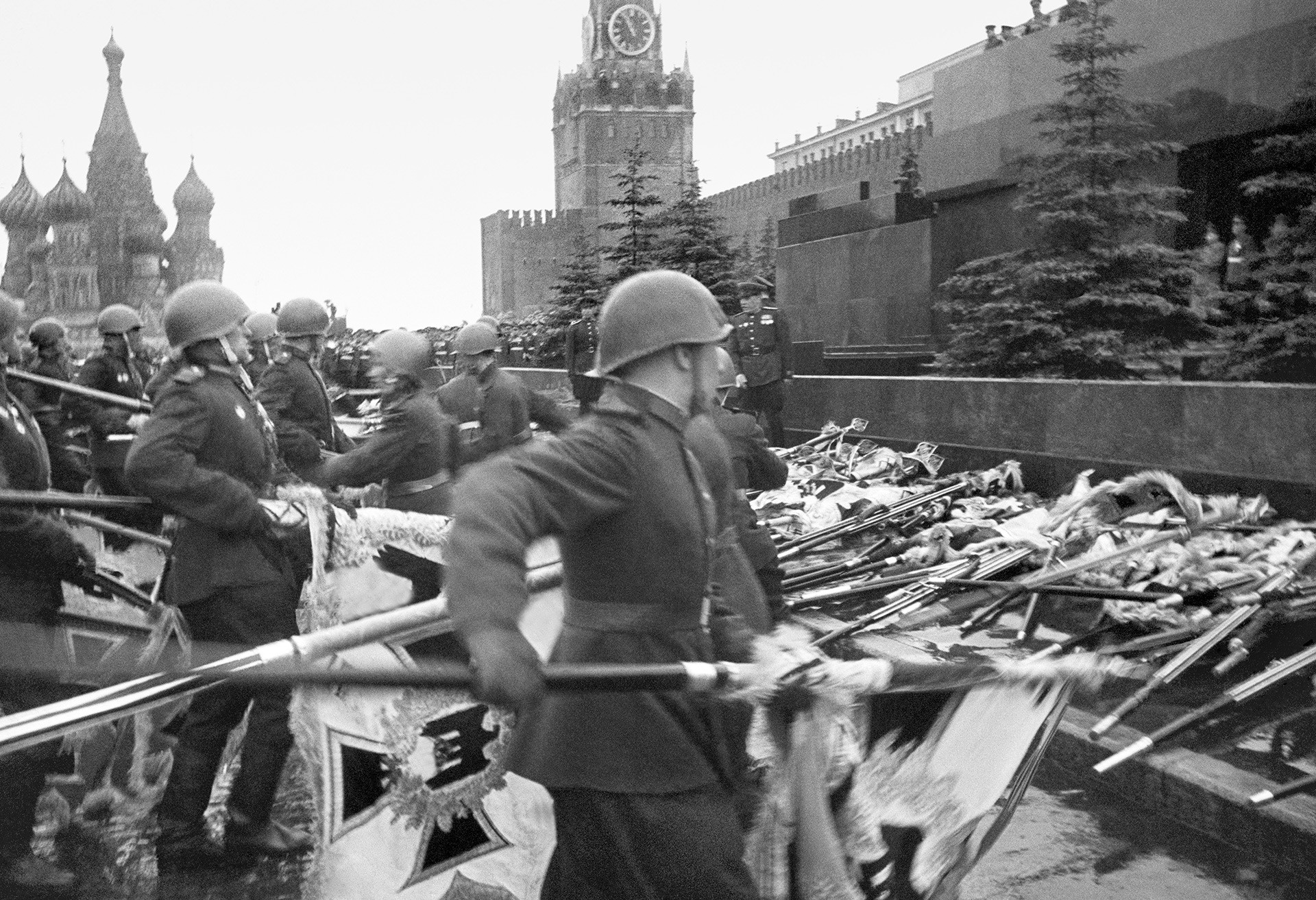 The culmination of the first Victory Day Parade on Red Square, held on June 24, 1945, witnessed Third Reich banners being thrown in front of Lenin’s Mausoleum. The soldiers carrying them wore gloves to demonstrate their hatred of Nazi Germany, and even burnt the gloves afterwards. 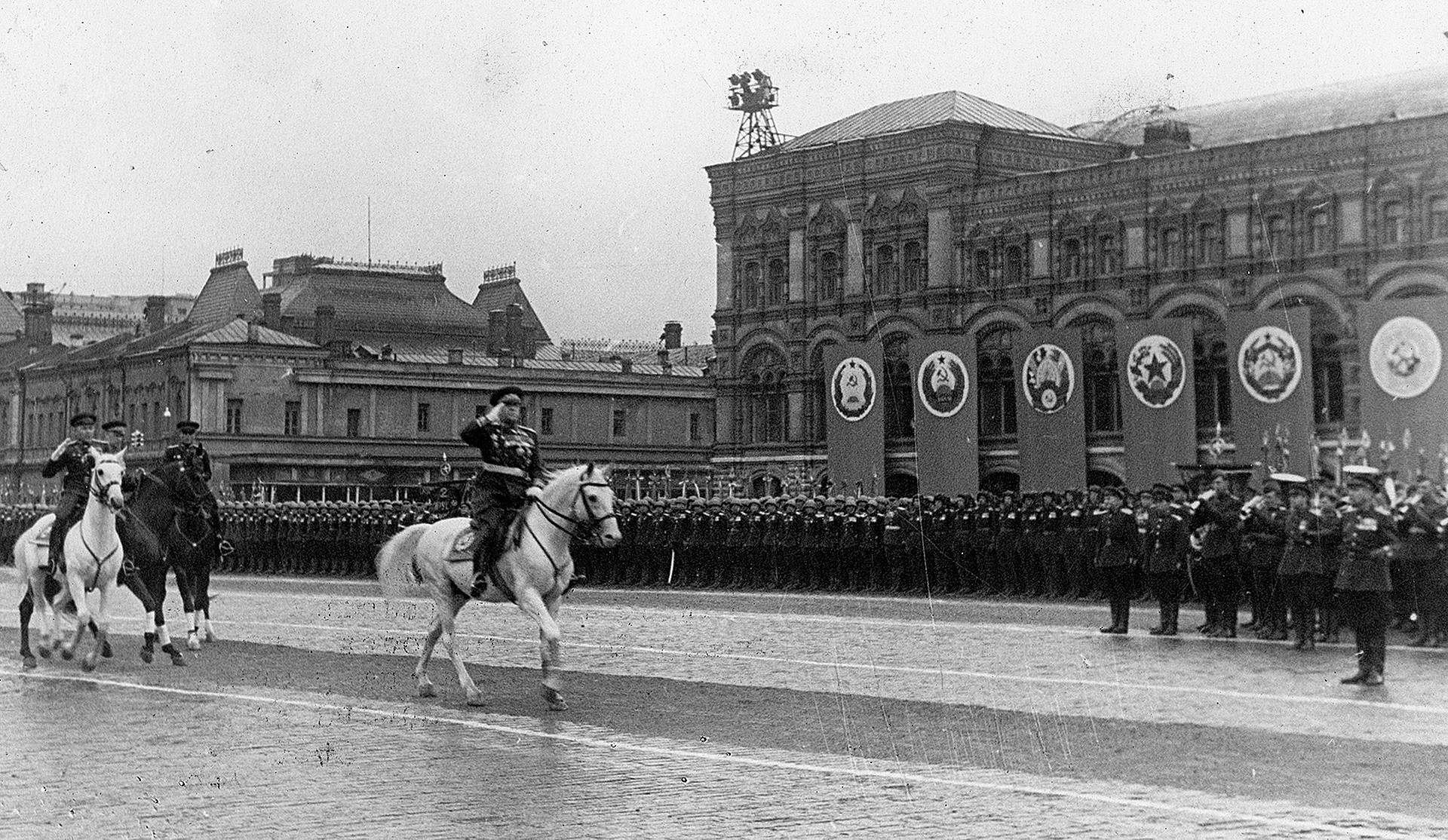 Stalin was meant to ride on horseback as part of the parade but during the rehearsal he fell from his steed and hurt his back, so he abandoned the idea. But to honor the tradition of the parade, skilled horseman Marshal Georgy Zhukov took his place. 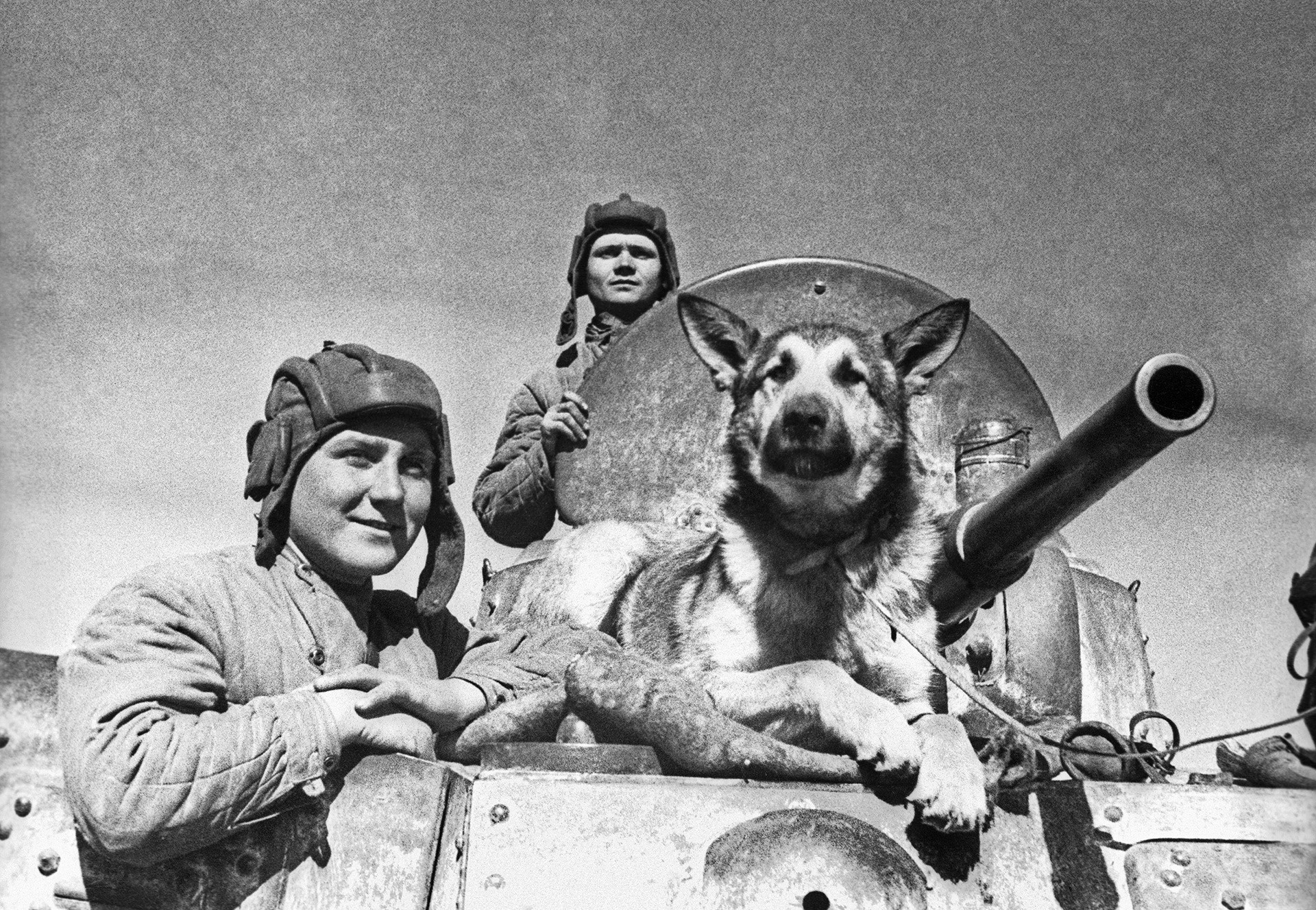 Not only people participated in the 1945 Victory Day Parade, but animals as well. Among the bomb detecting dogs that took part there was one in particular that stood out: A Shepherd Dzulbars responsible for sniffing out 7,000 mines and 150 bomb shells. The dog was awarded the medal “For Battle Merit” but being wounded, it couldn’t walk - so Stalin offered his jacket so the four-legged friend could be carried.

4. Parades were only held on major anniversaries 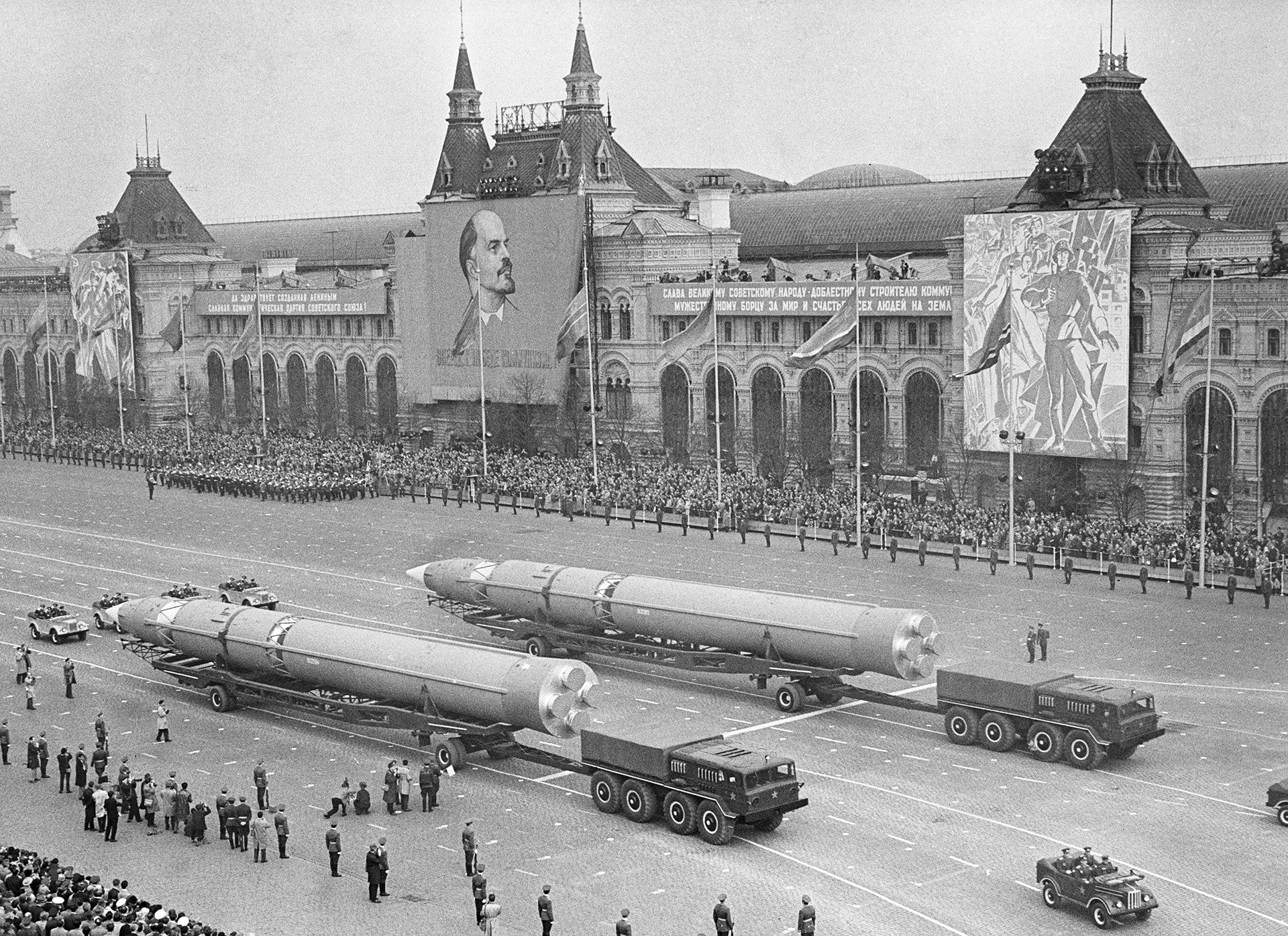 Today the military parade is an indispensable part of the Victory Day celebrations on May 9 in Russia. But this was not always the case. During the Soviet Union these parades were only held four times: 1945, 1965, 1985, and 1990. After the 1995 parade, it was decided that the event should not be limited to anniversaries. 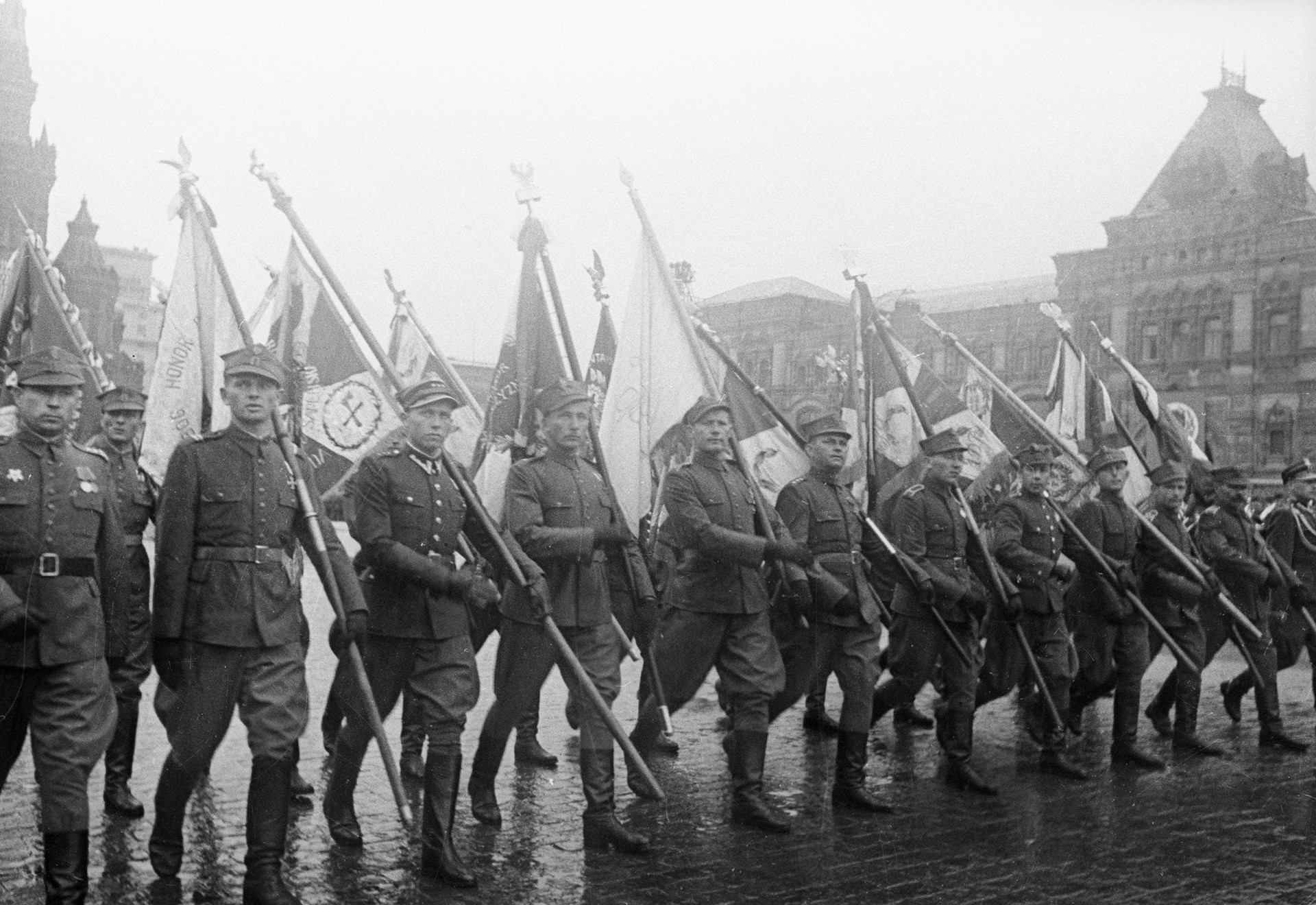 Foreign military units took part in the Victory Day Parades three times. In 1945, representatives of the Polish People’s Army, which fought the Nazi alongside the Red Army, was invited to take part in the first parade. The only foreign general to have taken part in the march was Bulgarian Colonel General Vladimir Stoychev.

Polish troops participated in the Victory Day Parade one more time in 2010 along with representatives of the British Welsh Guards, the U.S. 18th Infantry Regiment, French Normandie-Niemen Fighter Regiment, and contingents from CIS countries. 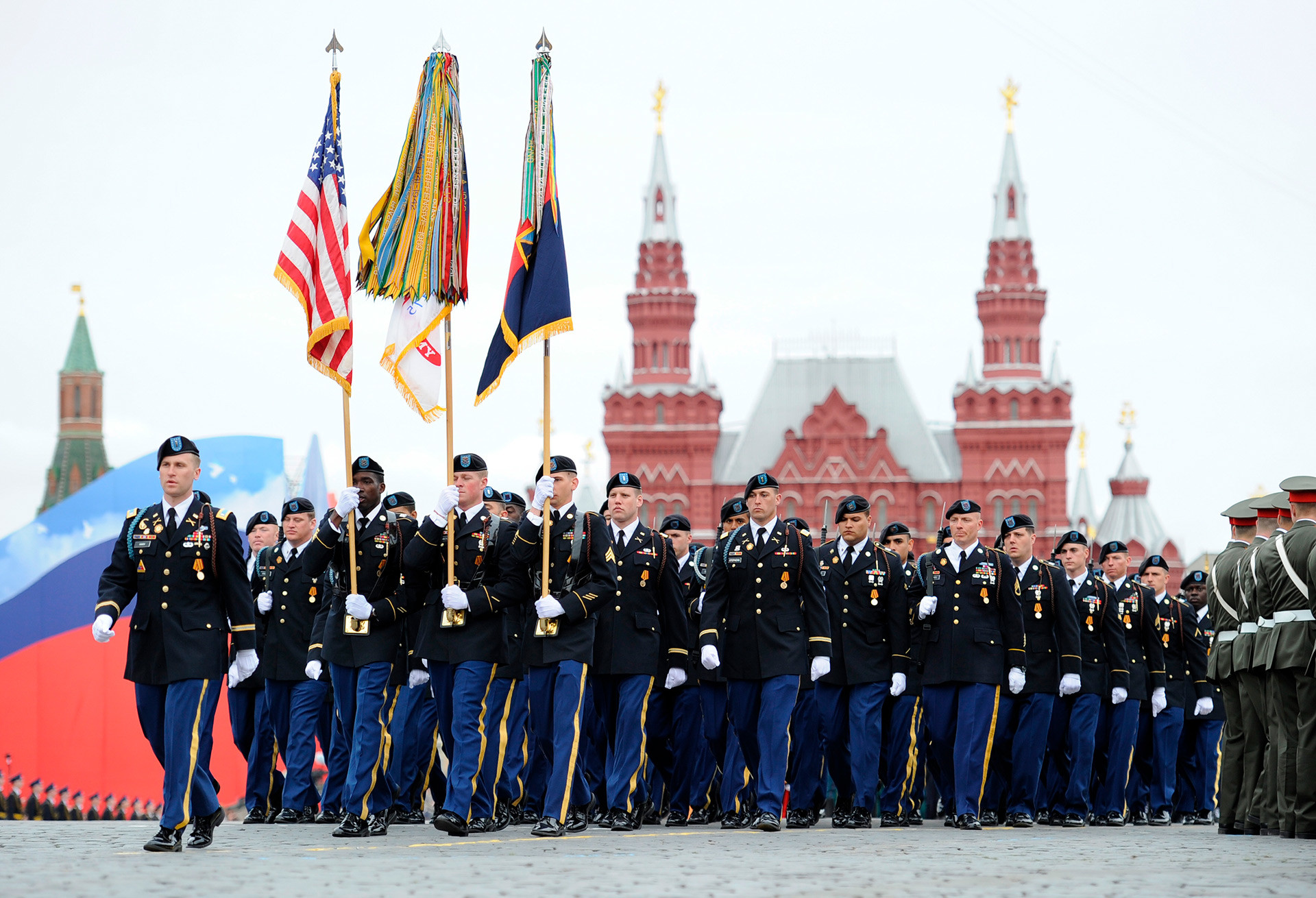 The third time foreign military units were invited to the Russian capital was in 2015, to celebrate the 70th anniversary of Victory Day. Ten countries sent troops to take part in the parade, including China, India, Mongolia, and Serbia.

6. Missile models were shown to the world - but they were never realized 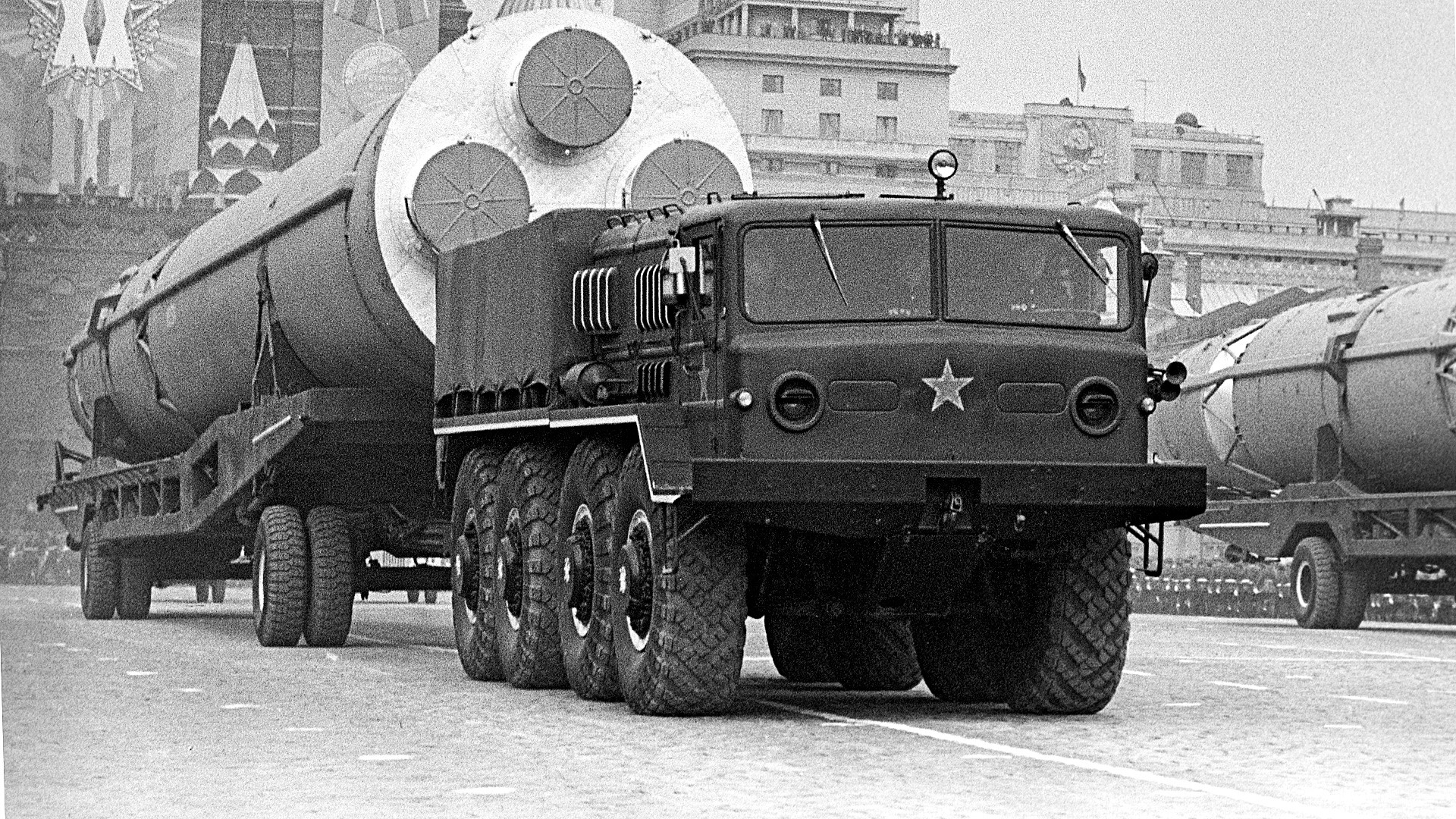 At the 1965 Parade, the models of three intercontinental ballistic missiles (8K713, 8K96, and 8K99) were shown as part of the ceremony. However, these projects never saw the light of the day. 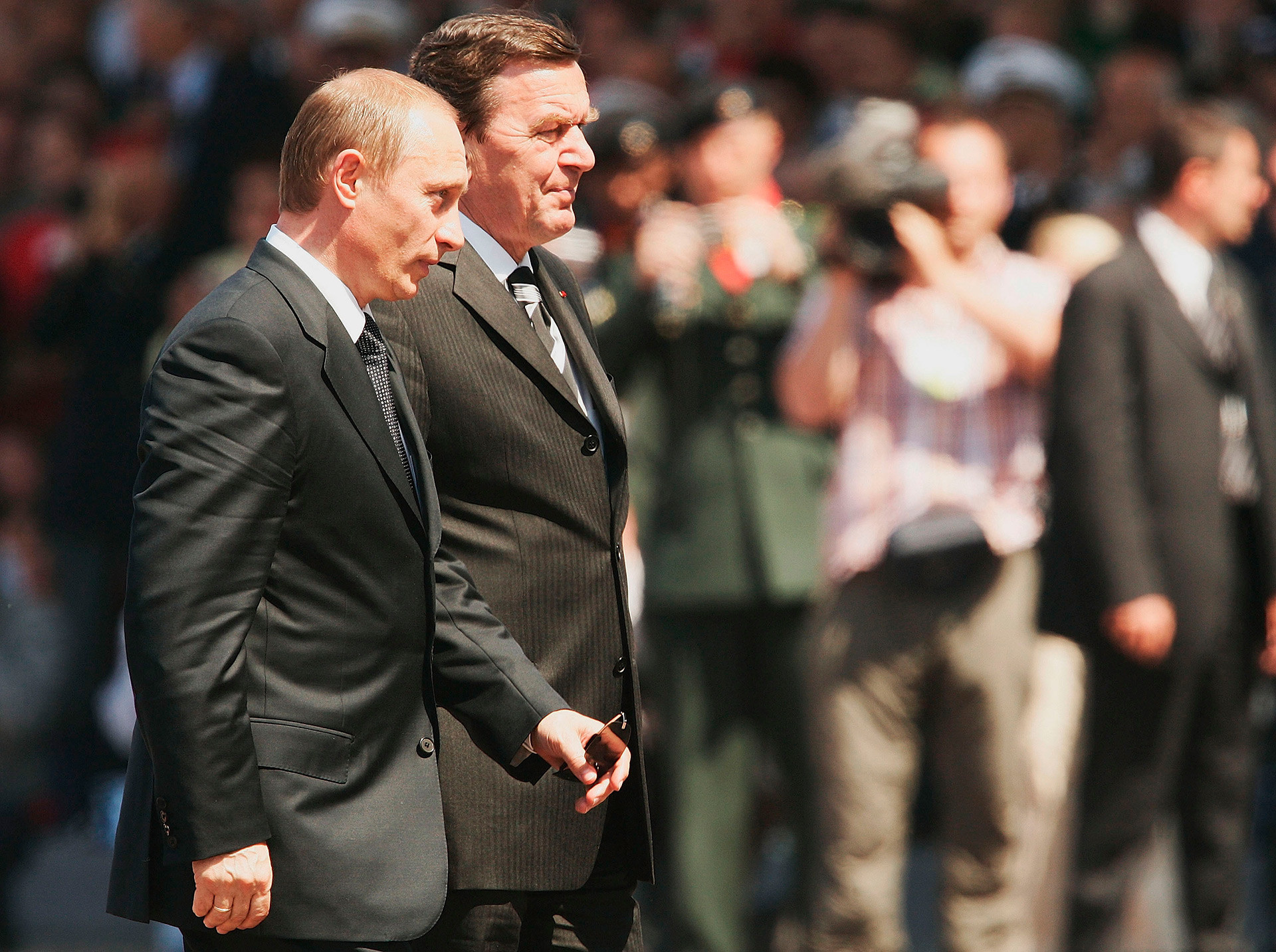 In 2005, Chancellor of Germany Gerhard Schroder brought a group of Wehrmacht veterans to watch the parade. They also met with President Vladimir Putin.

8. Robots will take part in 2018’s parade for the first time 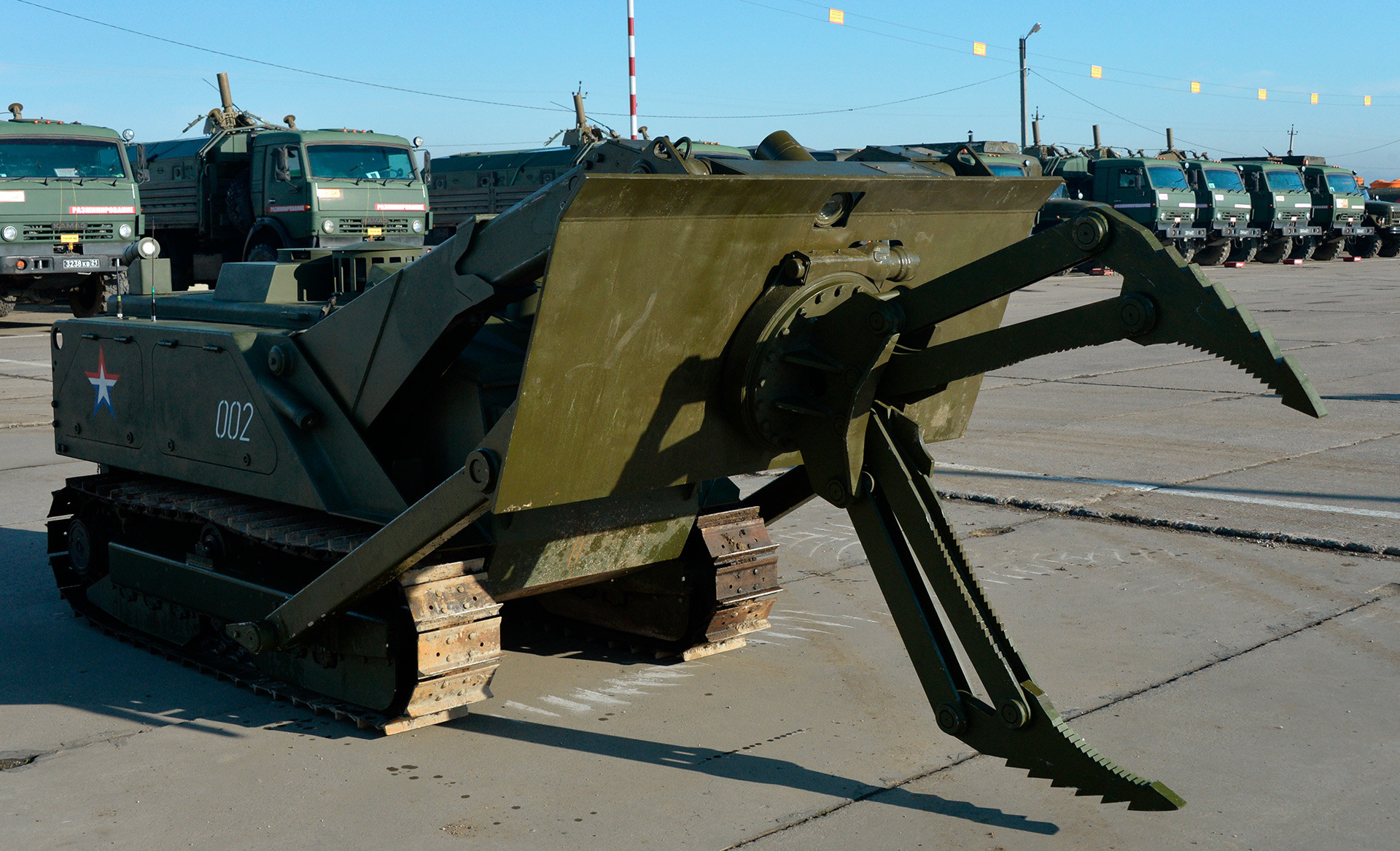 The 2018 Victory Day Parade will be the first one including robots. The Uranus-6 sapper and Uranus-9 fighting robots will take part. Keep an eye out for them.

Why do Russians hold the Victory Day Parade every year? Find out here.