Why did a game involving millions of Soviet children resemble a military drill? (Photos) 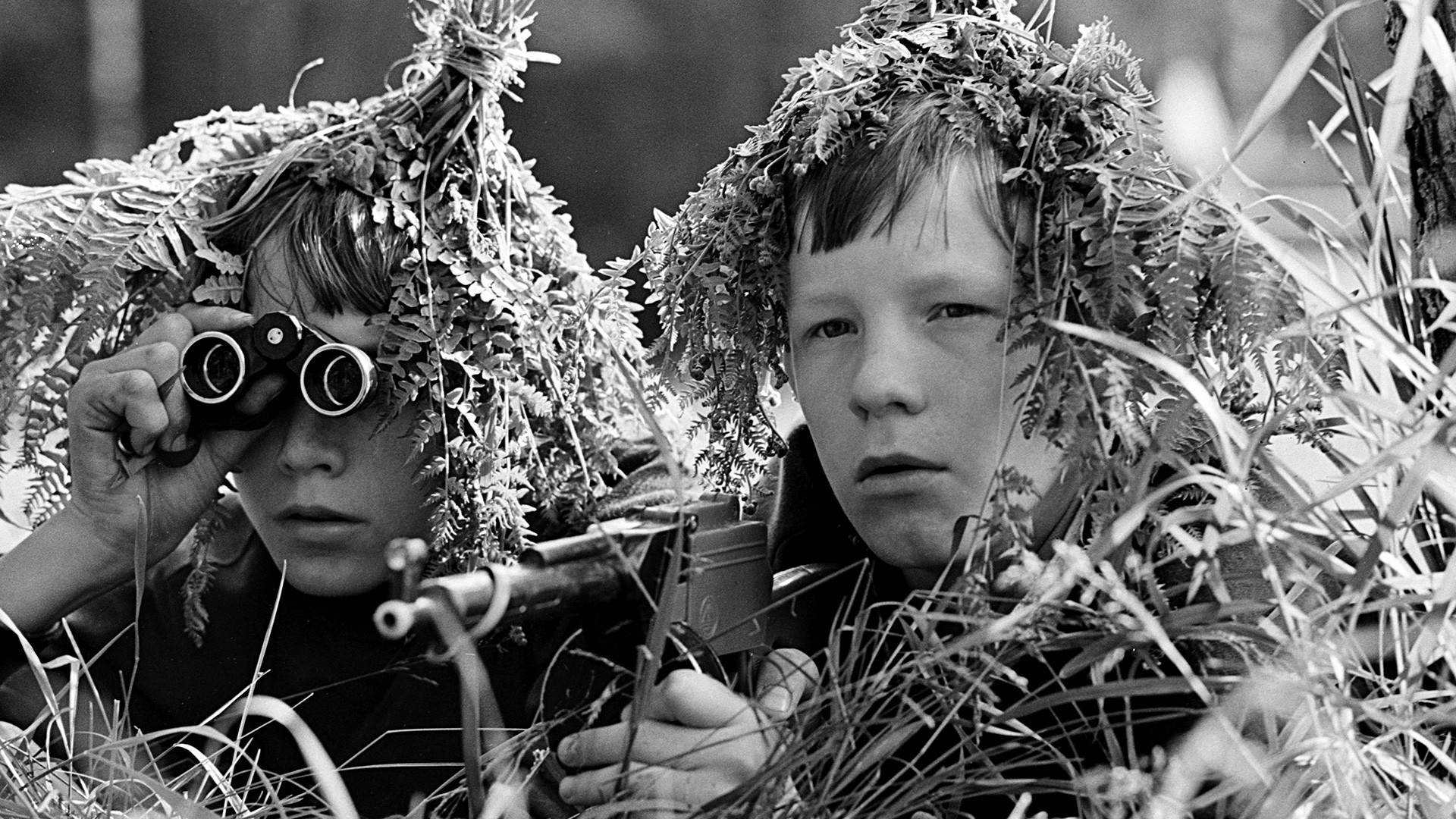 N.Zheludovich/TASS
Each man in the Soviet Union was obliged to serve in the army, and the preparations for it began in childhood. Zarnitsa, a game played by millions of Soviet children, completely imitated real military drills with maneuvers, reconnaissance missions, ambushes and battles. 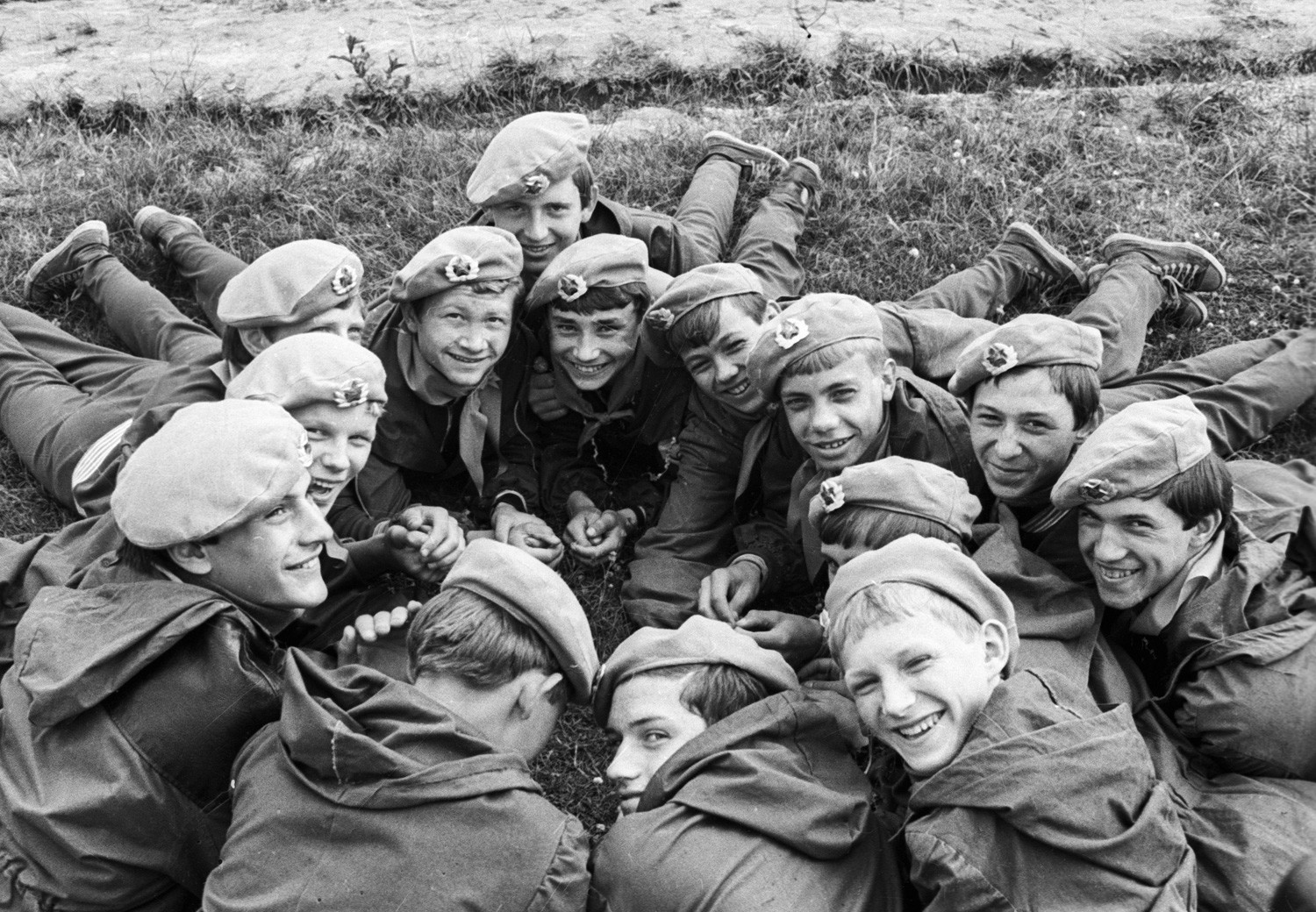 Soviet children got acquainted with soldiers’ daily life long before they became soldiers themselves. They did this by participating in the popular sport and military game known as Zarnitsa (“heath lightning”), which simulated real military drills of the Soviet Army. 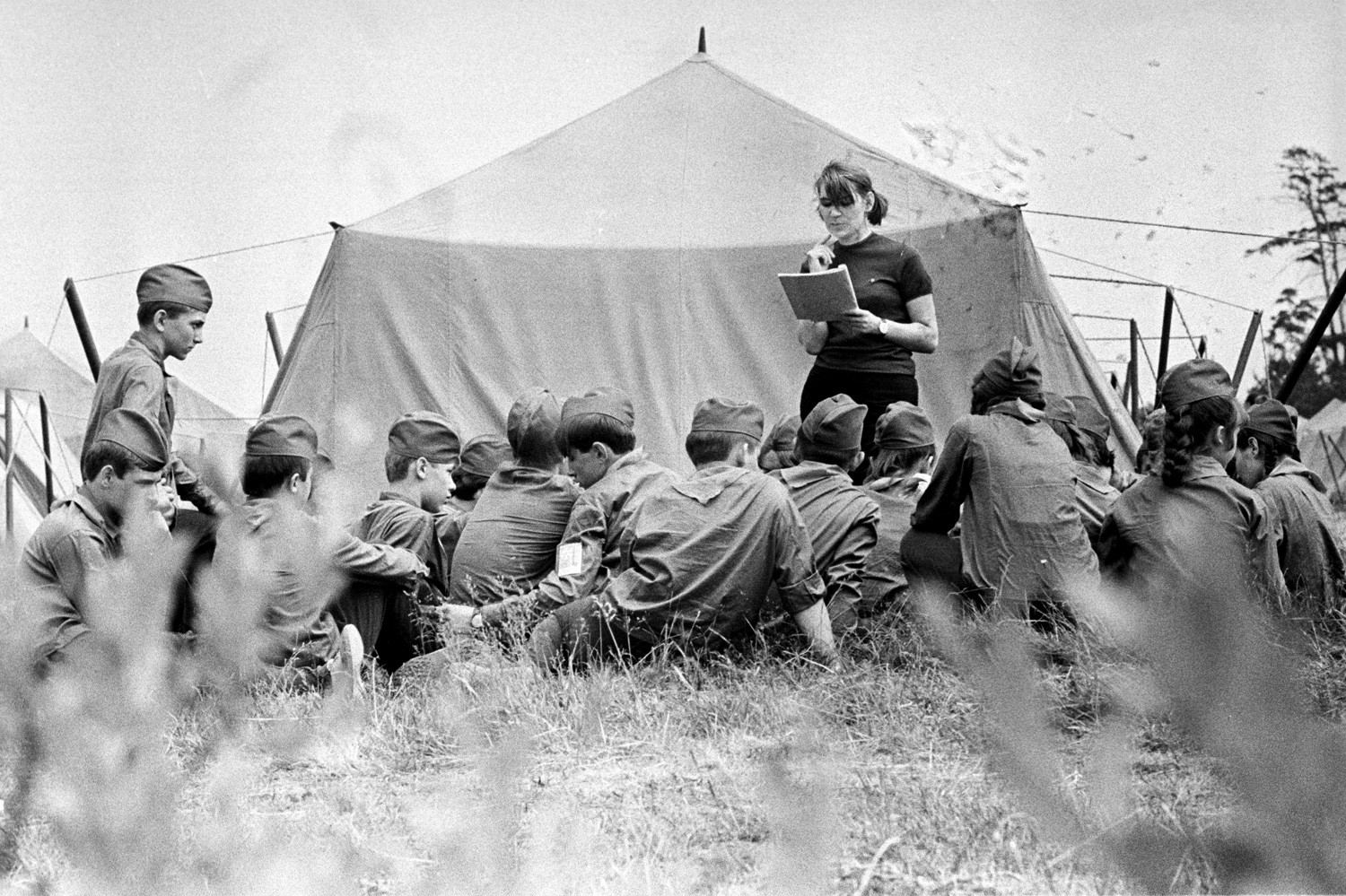 Surprisingly, the game was not invented by the Soviet General Staff or any military specialists. Its creator was a common teacher called Zoya Krotova from a village in the Perm region. 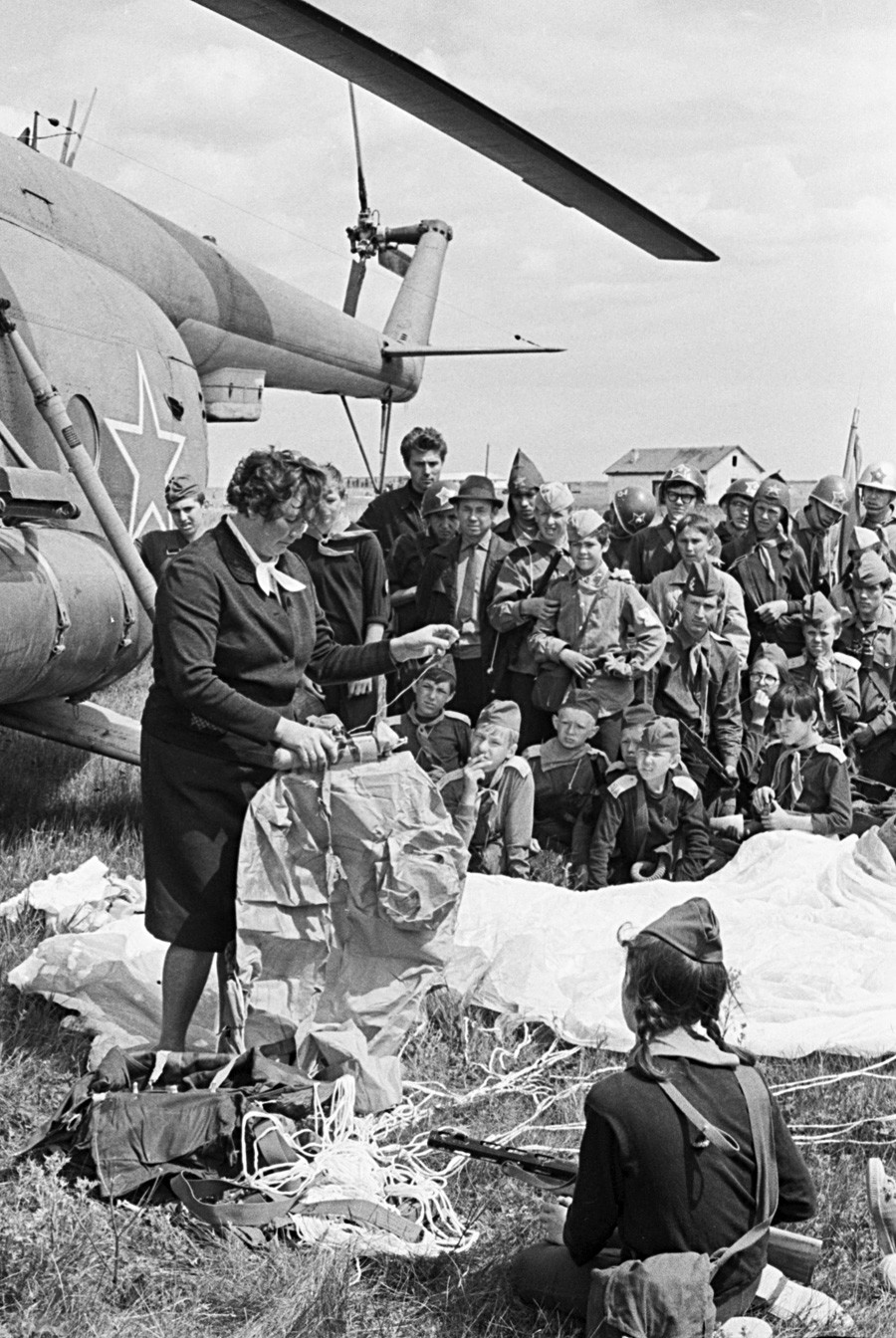 On Feb. 23, 1964, the country was going to celebrate the national holiday Soviet Army and Navy Day, and Zoya proposed to her colleagues to spend it in a special way. All school classes dressed up as different types of troops with pupils as soldiers and teachers as officers. They talked to each other in military style, gave and followed orders, organized a parade and held a military game in the form of an obstacle course imitating a “minefield” and “barbed wire.” 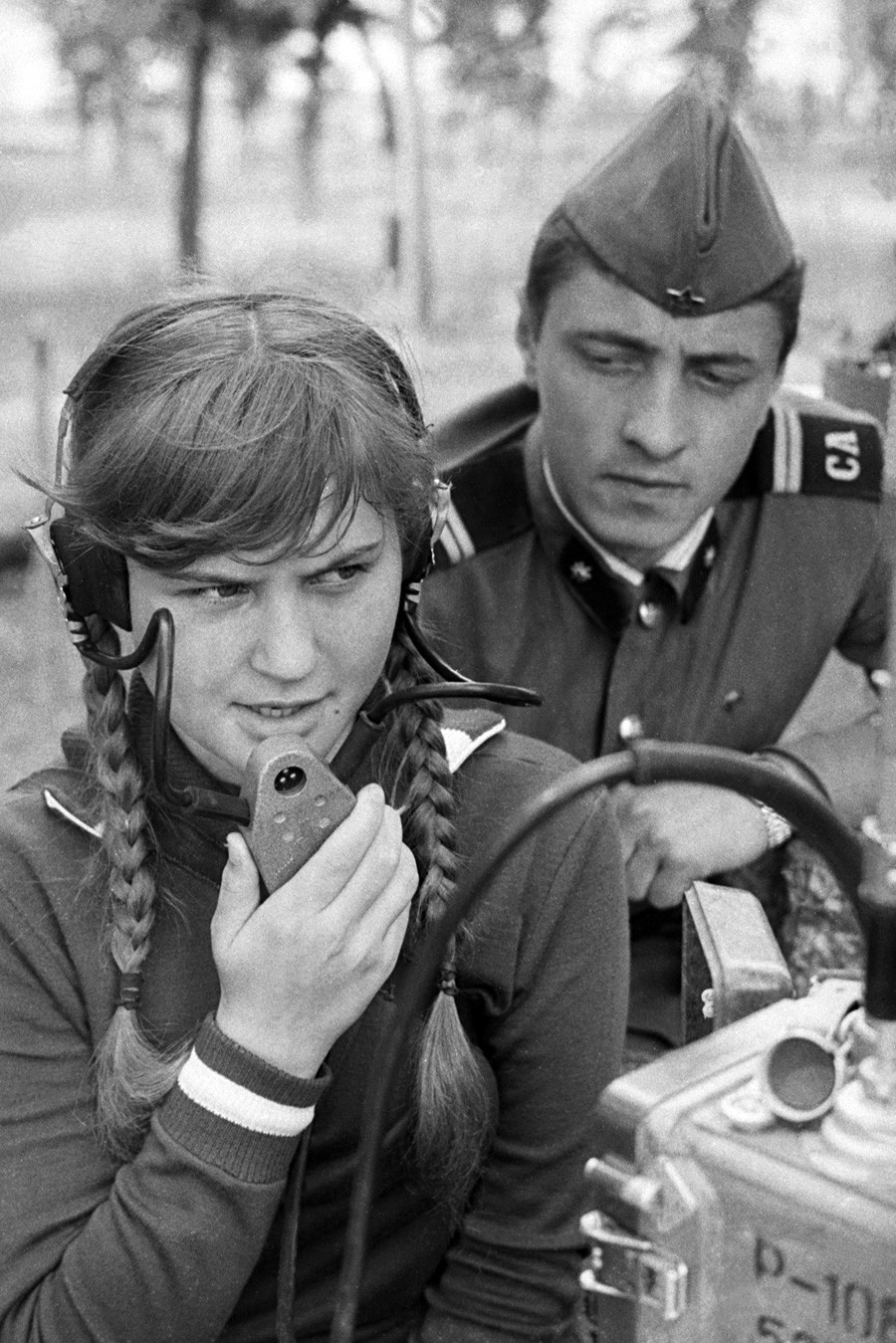 The idea of a children’s game that imitated real combat activities was met with huge enthusiasm, and step by step Zarnitsa won popularity in more Soviet cities and villages. Three years later in 1967, it gained official status and was held across the whole country on a regular basis under the personal control of Marshals Ivan Bagramyan and Vasily Kazakov. 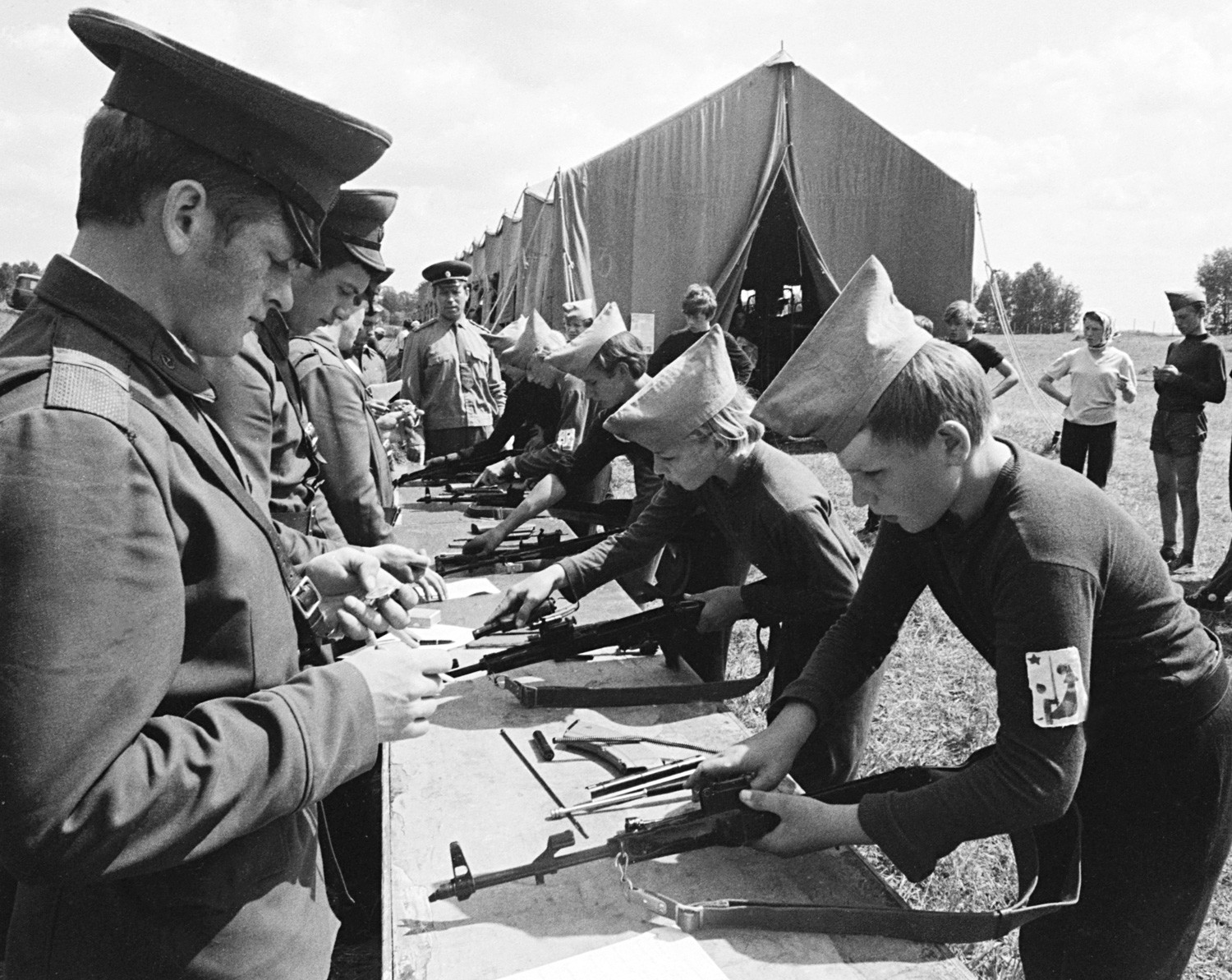 The Soviet leadership saw Zarnitsa as an important element of the patriotic education of the youth. It was considered as an early phase in basic military training for children aged 10-17.

Zarnitsa included official ceremonies, parades, marches, different training activities and competitions, but the children’s favorite part was its “combat” phase. “Armies” fought for the other side's flag, and at the same time tried to protect their own. When it came to hand-to-hand clashes, the aim was to tear off the shoulder boards sewn to the clothes. Real fights, however, were strictly forbidden. 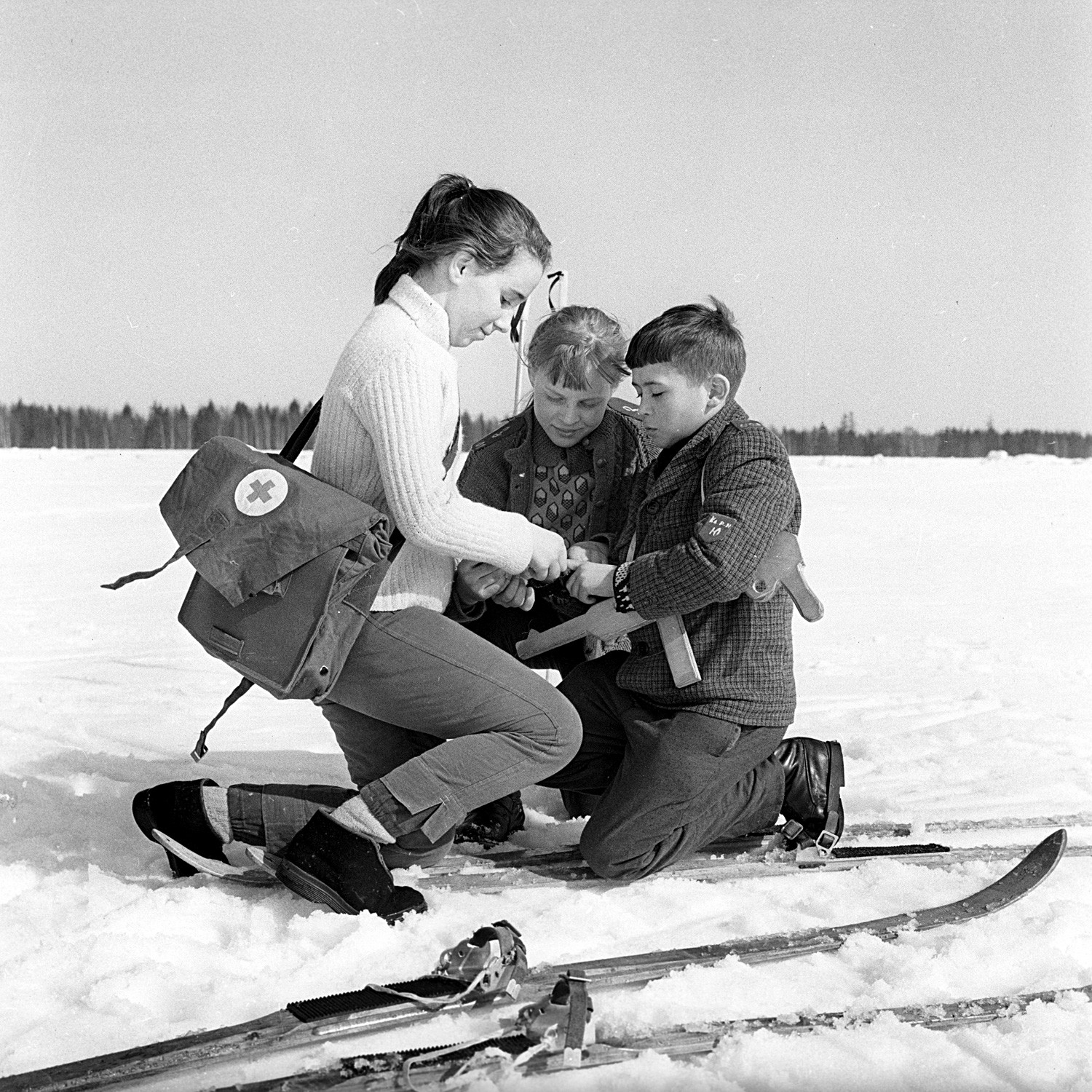 When a “soldier” lost one shoulder board, he was considered “wounded.” He could walk on the field, but lost the right to run. Such participants could get help from “nurses” — girls taking part in the game along with the boys. They sewed the boards back. Those who lost both shoulder boards were considered “dead.” 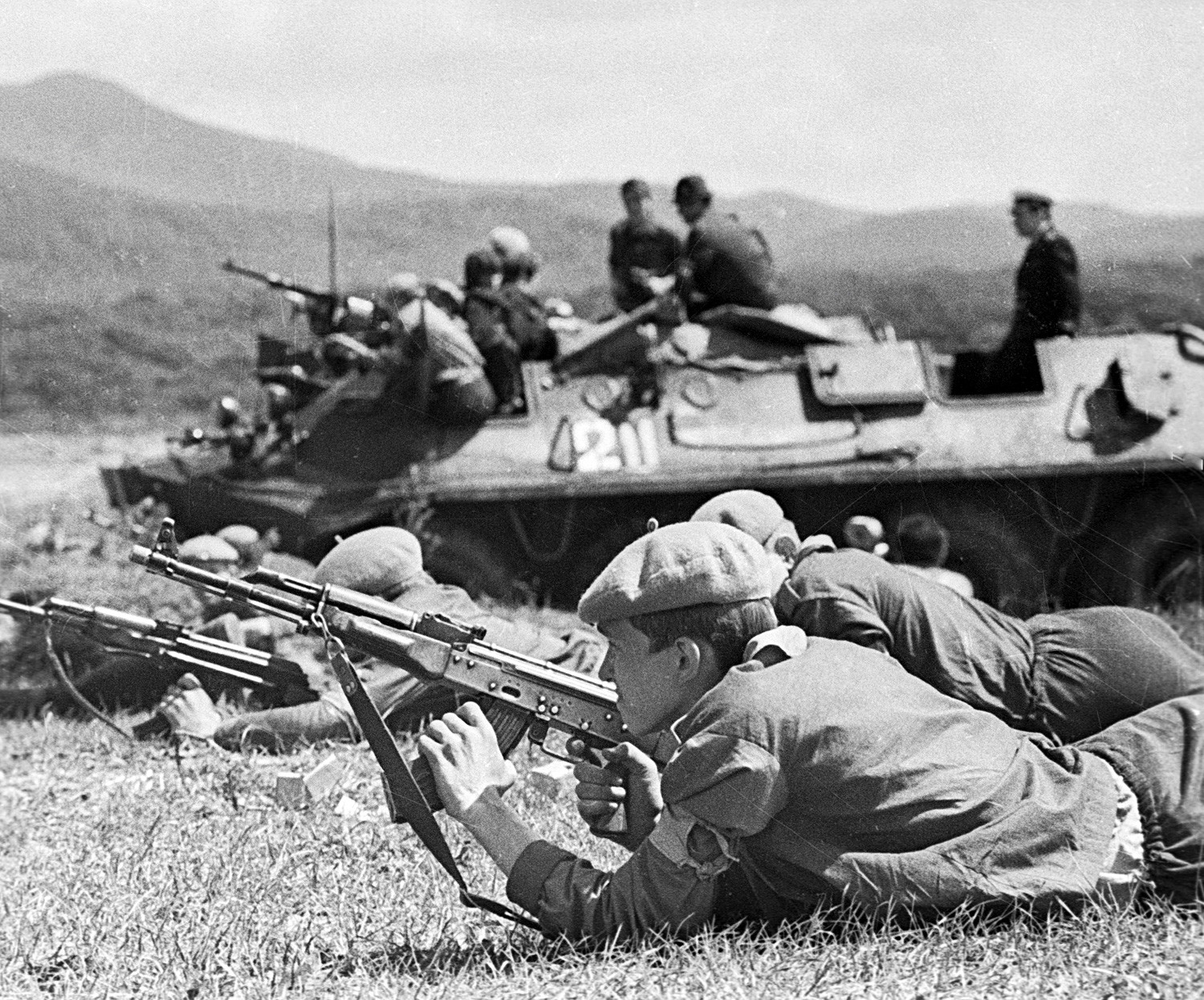 Even real military units participated in Zarnitsa. Officers delivered briefings and seminars, soldiers gave senior children real machine-guns with blank ammunition, and transported them by helicopter and APC to their “battlefields.” 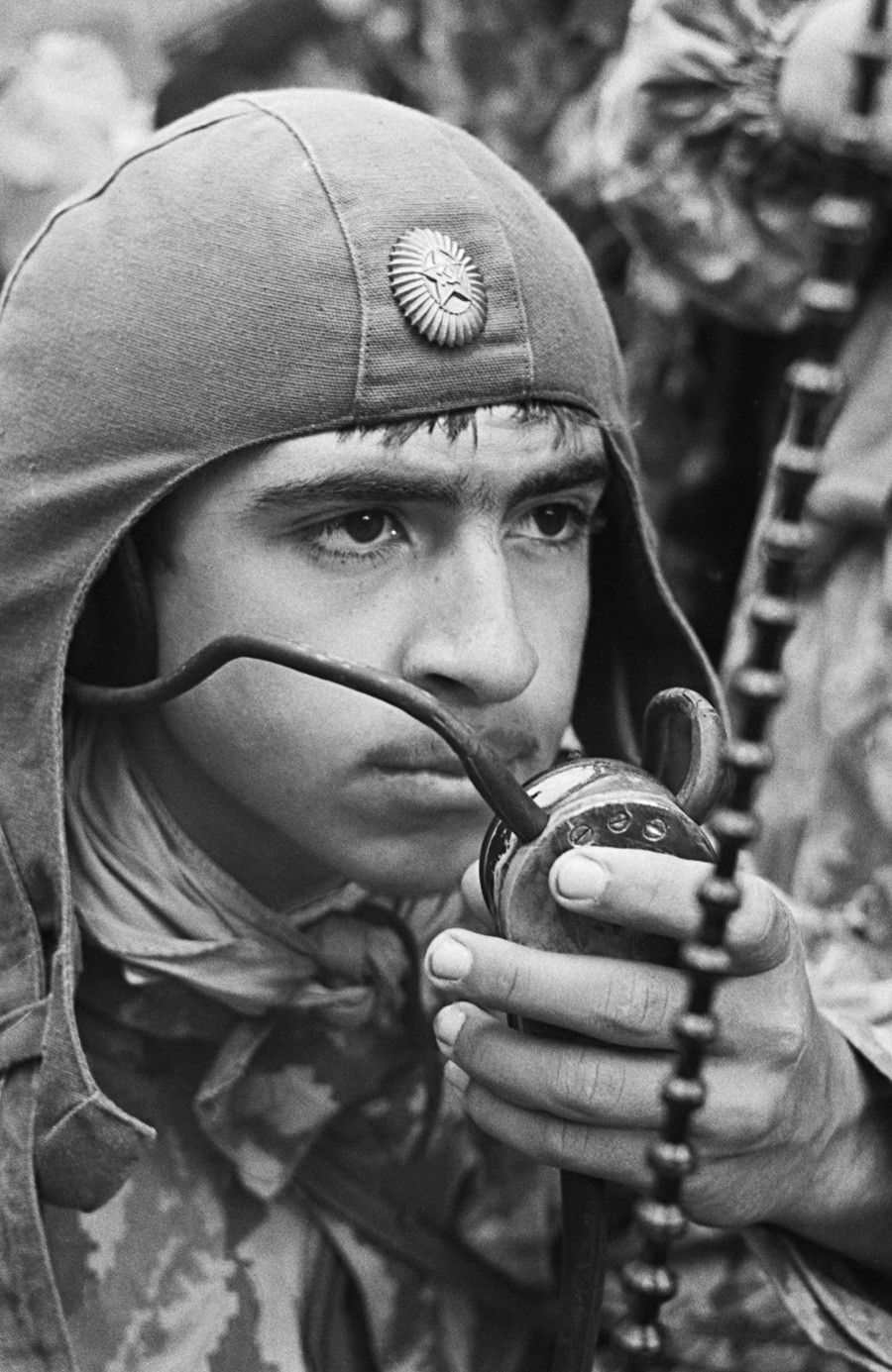 The military provided children with hazmat suits and gas masks. Sometimes Zarnitsa participants even got an opportunity to fire real firearms with live bullets at army ranges under close surveillance. 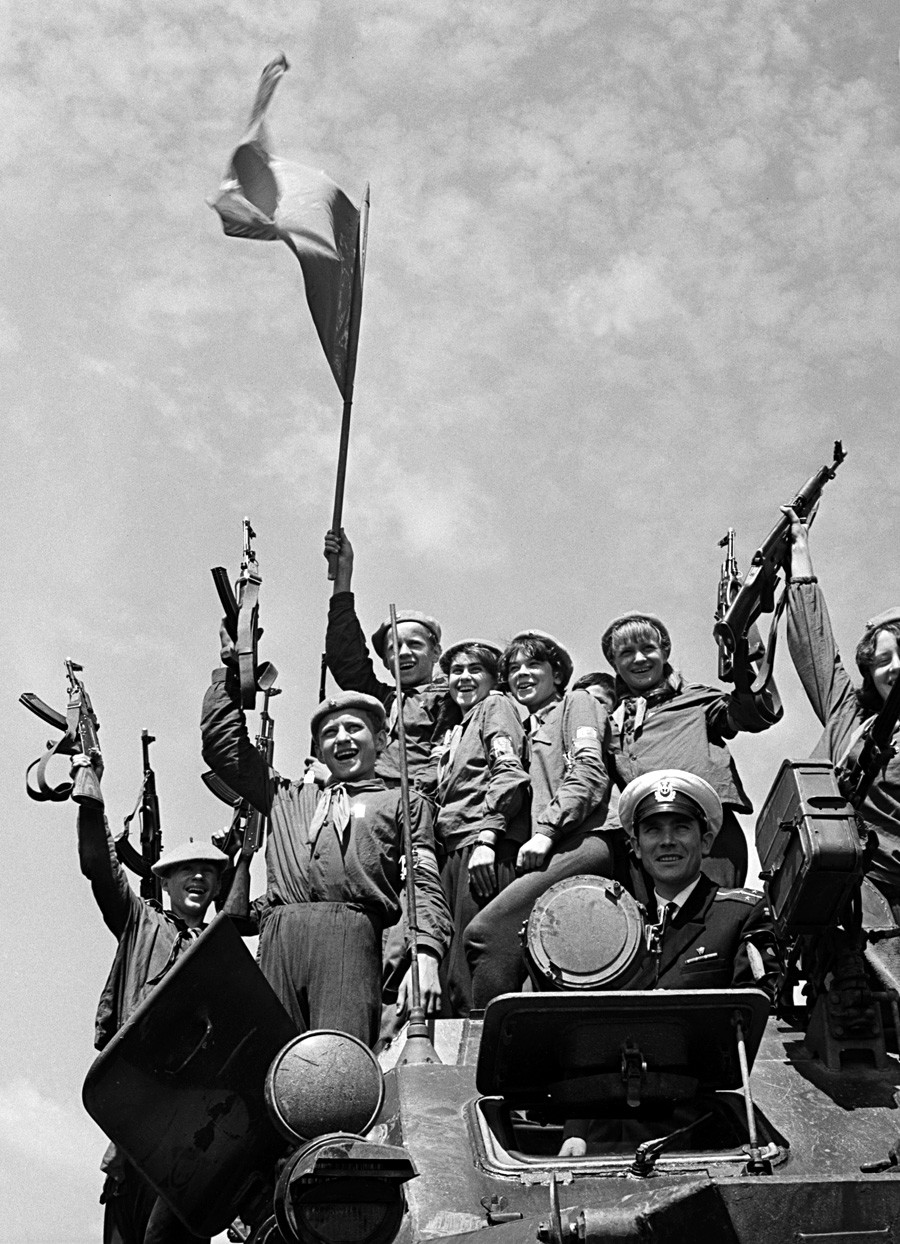 Zarnitsa was not forgotten after the Soviet fall. It is often held at children's summer camps and by other activists and organizations, but its extent today is far from its Soviet heyday.

How did Soviet children entertain themselves besides Zarnitsa? Find out here.