‘Death to Spies’: How the most successful Soviet military counterintelligence service was born 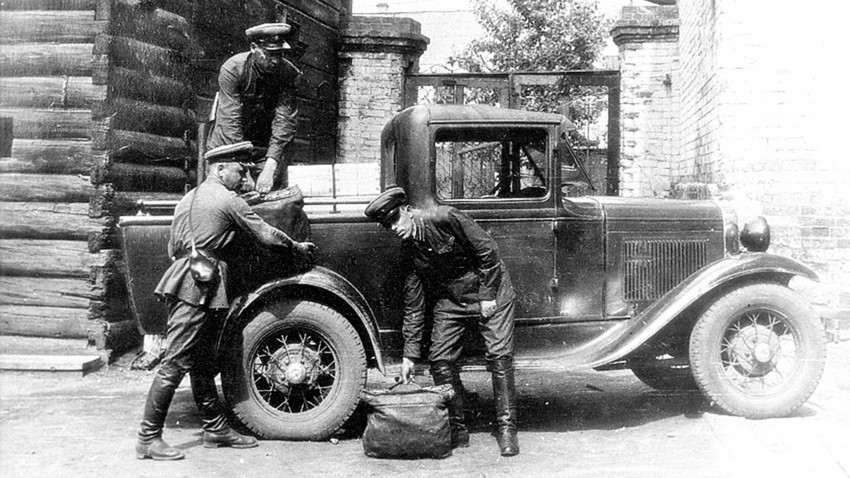 Soviet officers during WWII. SMERSH's work was to supervise every single one.

Wikipedia
75 years ago, Joseph Stalin established a new special service which proved to be extremely effective in fooling German agents – but remains infamous for murdering innocent people. Here is the story of SMERSH.

On Dec. 19, 1954, a 46-year-old officer charged with treason was shot in Leningrad, after months of torture at the hands of the KGB. As the executioner recalled, just seconds before falling dead, the officer shouted: “I’ll report everything to the Politburo! (the political summit of the Communist Party, de-facto – the government) Everything!” 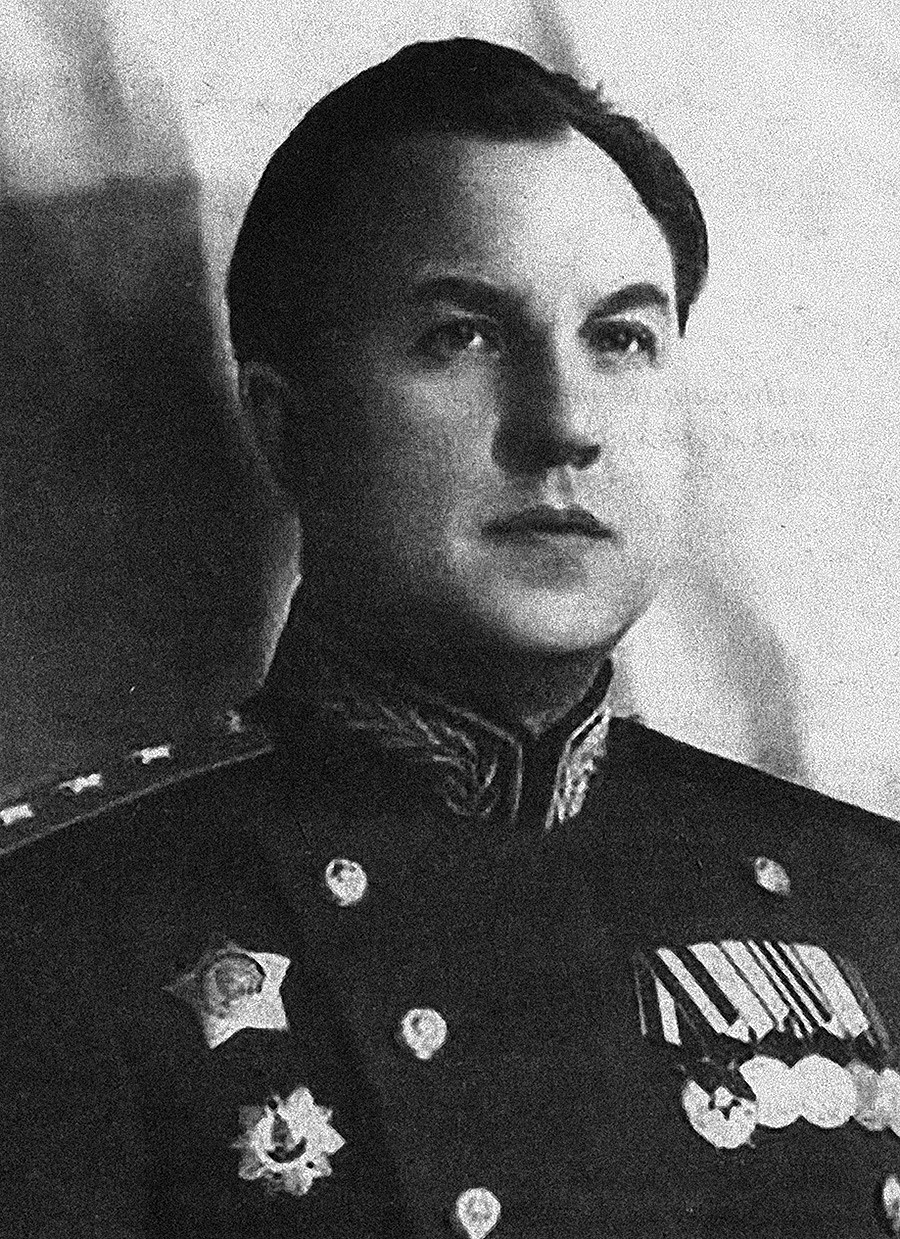 Viktor Abakumov (1908 - 1954). Like many other high-ranking officers of Stalin's era, he sent many people to death - but wounded up shot himself.

He didn’t. Viktor Abakumov, who used to be the head of SMERSH, the most effective counterintelligence organization of the wartime period from 1943-1946, was tried and executed for a crime he didn’t and forgotten like many other once powerful figures. But there were times when he and SMERSH were influencing the lives and deaths of millions of people.

SMERSH was born in April 1943 after Stalin decided that it was vital to have a military counterintelligence faction controlled directly by the army (and himself), not by the state security organs. As Valery Khristoforov, an expert from the Russian History Institute within the Russian Academy of Science, told RIA in an interview, “It was done to improve the circulation of information. Abakumov was passing the most important documents directly to Stalin.”

Back then, counterintelligence efforts were crucial for the Red Army advancing westwards. “The army had to free [occupied] territories where the Germans were leaving their agents. Moreover, they had to deal with captured Germans, find out who among the Soviets was captured and why, whether there were traitors…” historian Alexander Zdanovich told the Zvezda TV channel.

Stalin reportedly named the new organization himself. SMERSH stands for SHpionam (literally – Death to Spies). The first variant went with – SMERt NEmetskim SHpionam (Death to German Spies) – but the Soviet leader decided it was important to emphasize that the new structure would eliminate all spies.

Abakumov, who had been serving Stalin faithfully and ruthlessly, organized his service well. According to official information, during the war “SMERSH neutralized more than 30,000 Hitler’s agents and more than 3,500 saboteurs.” The German field marshal Wilhelm Keitel stated during the Nuremberg trial that “German intelligence failed to affect the military actions throughout the war.” SMERSH had put lots of effort it.

At the same time, part of Russia’s society blames SMERSH for slaughtering innocent people. In 2013 liberal politician Leonid Gozman compared SMERSH to Hitler’s SS: “This organization was no less murderous… I don’t know how many people they shot, how many put in the camps,” he said. This statement sparked furious public debate.

Indeed, many of those arrested by SMERSH had nothing to do with spying, scores were simply deserters, “self-shooters” (those who injured themselves on purpose, afraid to fight) or “politically unreliable.” That’s how captain Alexander Solzhenitsyn, a future famous writer dissident, wound up in the gulag in 1945 – SMERSH read his letters in which he criticized Stalin. 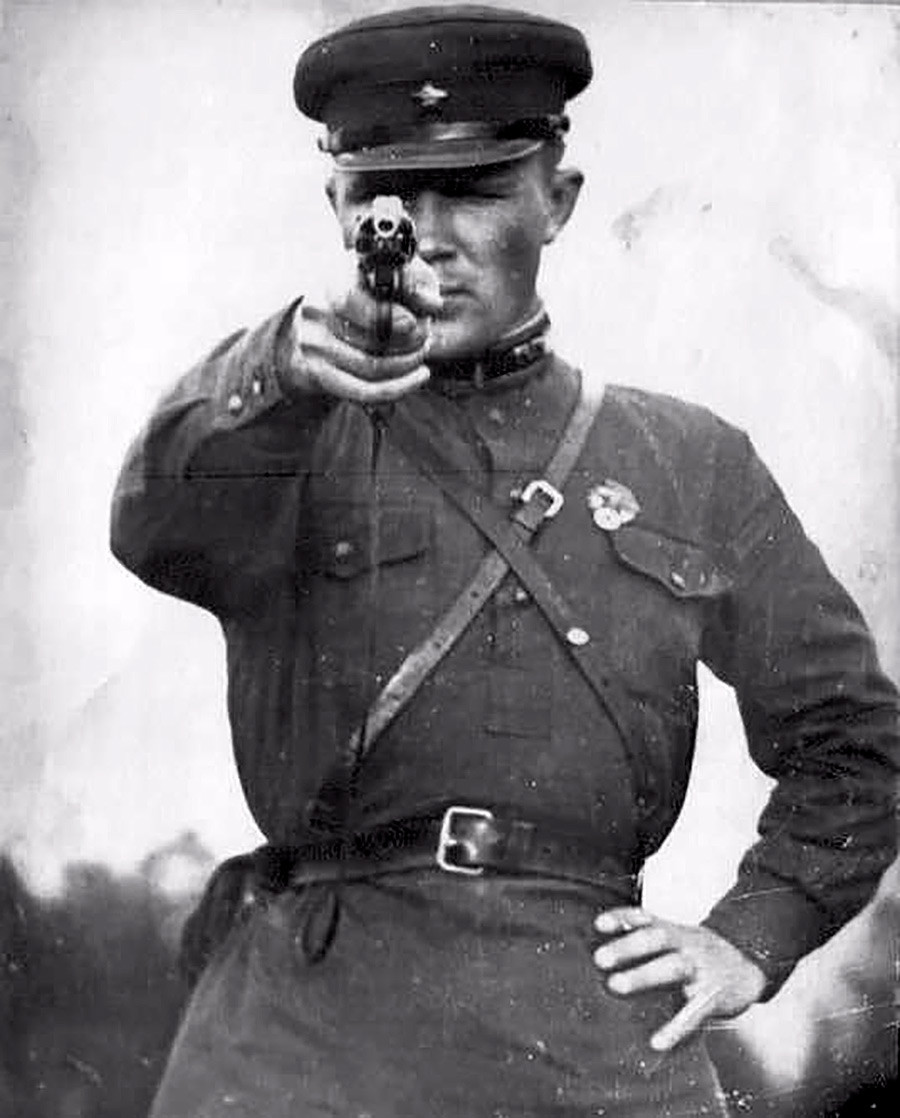 Sometimes Red Army's soldiers and officers were shot not by Germans but by their own compatriots.

according to the SMERSH statistics, the number of arrested (594,000) seriously surpassed the number of German agents. As colonel Alexander Lebedintsev, a WWII veteran, recalled in his talk with AiF, “many SMERSH officers didn’t catch a single spy during the war. Unfortunately, there were plenty of others, first of all, self-shooters.”

On the other hand,  most SMERSH agents were sharing the lives and deaths ordinary soldiers. “Statistically, SMERSH lost as many officers as the Red Army did,” Valery Khristoforov said. Four SMERSH officers became Heroes of the Soviet Union – posthumously.

Apart from detaining spies and deserters, SMERSH spared no effort in deceiving Germans. “[In 1943] Stalin insisted on strengthening disinformation operations,” Zdanovich said. “SMERSH conducted 183 such operations throughout the war.” Some were complicated, like sending Alexander Kozlov, a Soviet agent, to the German rear, where he enrolled in intelligence school, misinforming Germans on many important matters.

As the Red Army entered Berlin in May 1945, SMERSH strived to capture Adolf Hitler. They failed – Nazi #1 committed suicide – but SMERSH’s work helped to debunk further rumors of him being alive (they found fragments of his bones).

After the war was over SMERSH was dissolved – its mission was fulfilled. Abakumov rose high, becoming the state security minister in 1946, but not for long. Defeated in the struggle within party’s elite, he was detained in 1951 on the order of Stalin – and executed three years later by his successors. He never admitted any guilt despite being tortured but, as it often happened in those brutal times, it didn’t help him. SMERSH’s boss disappeared and so did the whole organization.

Want to know more about Stalin's spymasters? Here's the story of Pavel Sudoplatov - yet another intelligence officer who rose high but fell low.