History in pics: How the Soviet basketball team beat the Americans 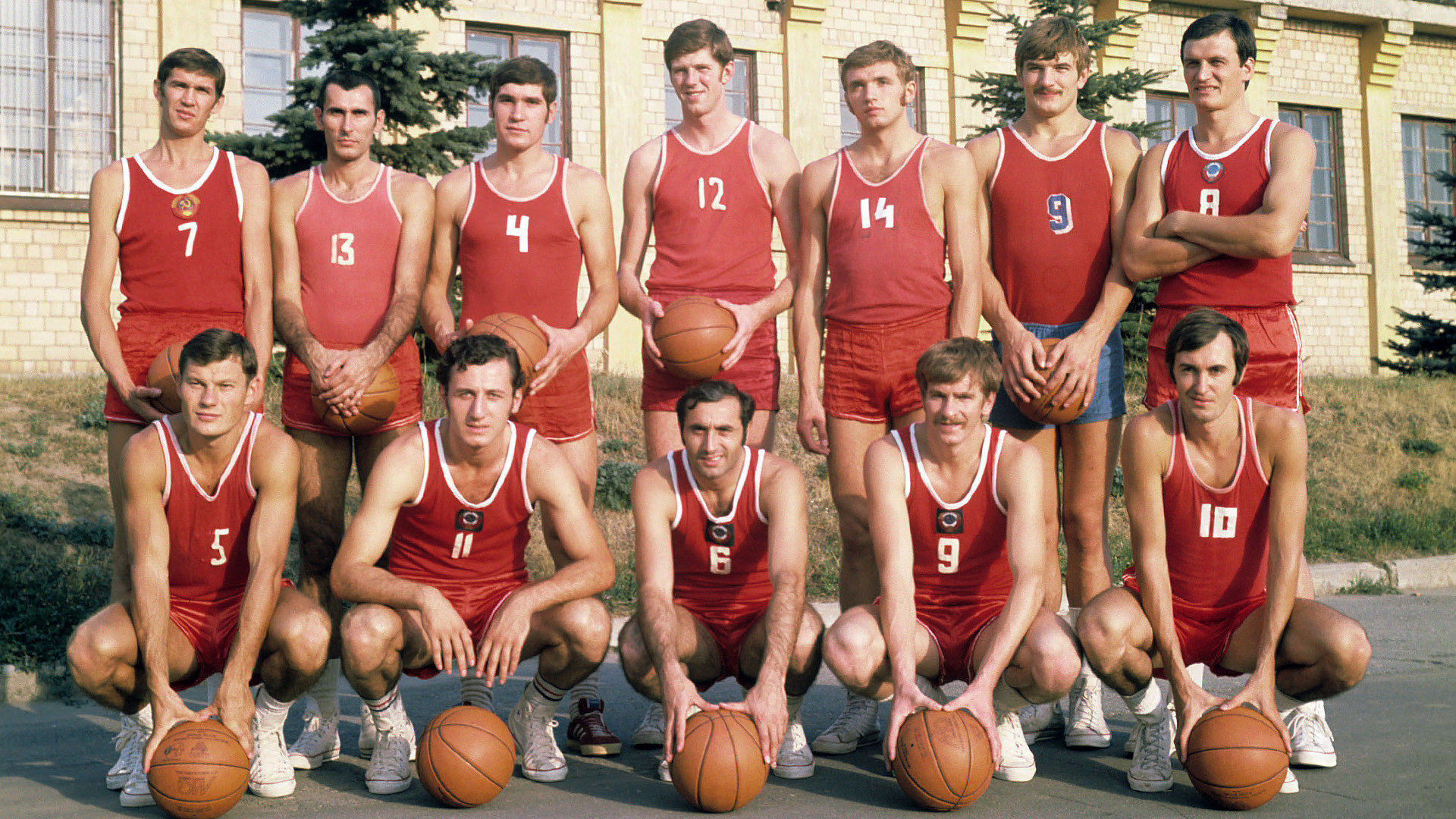 Vyacheslav Un Da-sin/TASS
The Soviet national team’s stunning victory in Munich is still questioned by the Americans to this day.

1. Russians played basketball even before the 1917 Revolution, but the game was not popular. The country's first tournament took place only in 1923.

2. International politics of the 1940s had an unexpected impact on the sport. Latvia, Lithuania and Estonia became part of the USSR, and the highly skilled players from these countries strengthened the Soviet basketball program. 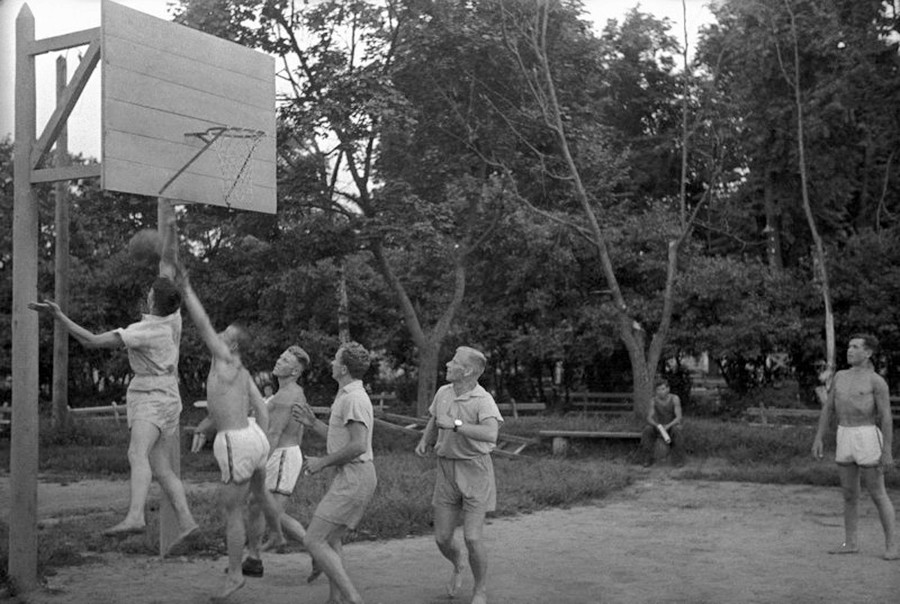 3. Only after World War II in 1947 did the Soviets become members of the International Basketball Association (FIBA). The same year they debuted in their first European Championship. 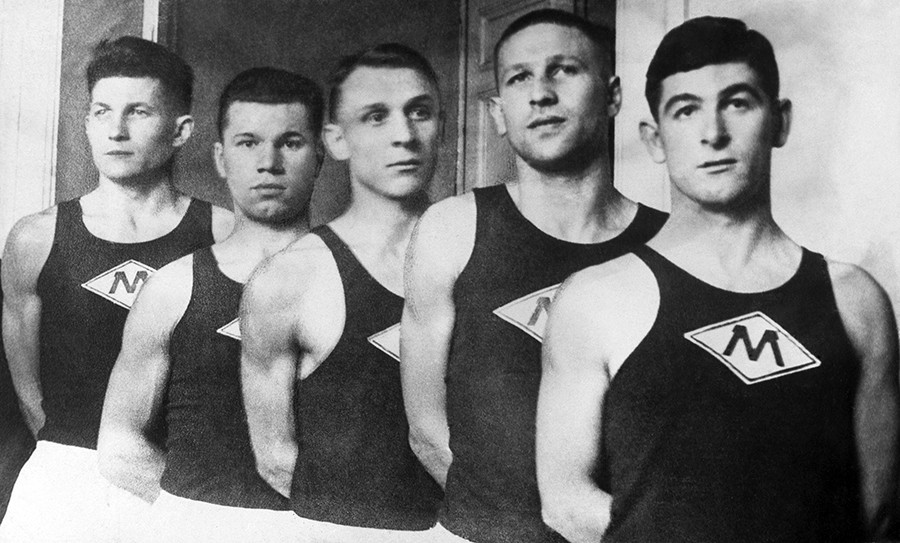 4. The Soviet national team won this championship in Prague. A Soviet player of Estonian origin Joann Lõssov was the FIBA EuroBasket tournament MVP. 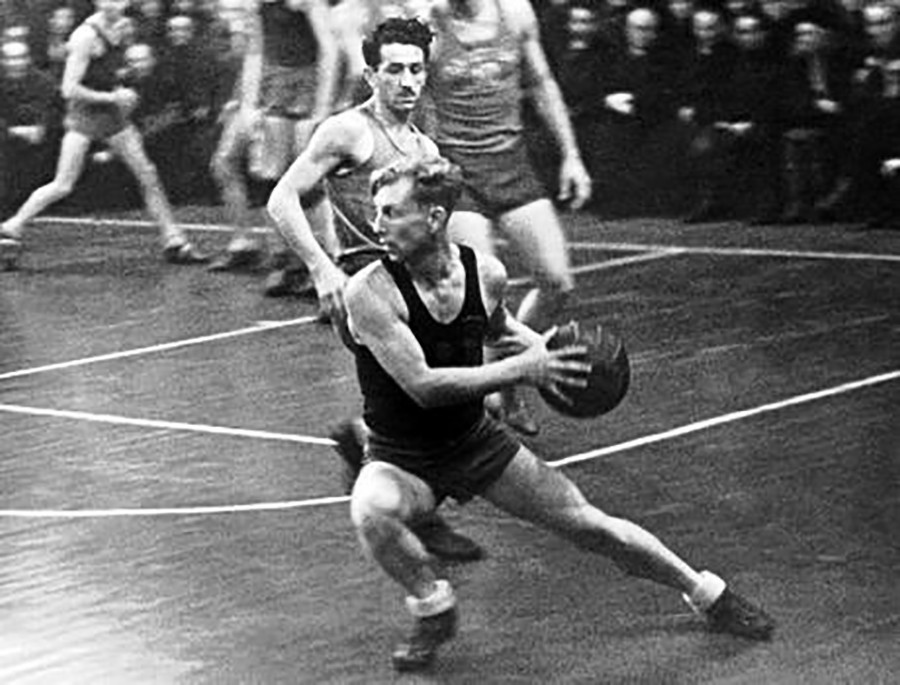 5. Soviet basketball players faced their ideological and athletic nemesis, the U.S., for the first time at the 1952 Olympics in Helsinki. The Americans were experienced Olympic champions, and they defeated the Soviets, 86-58, leaving them with the silver. 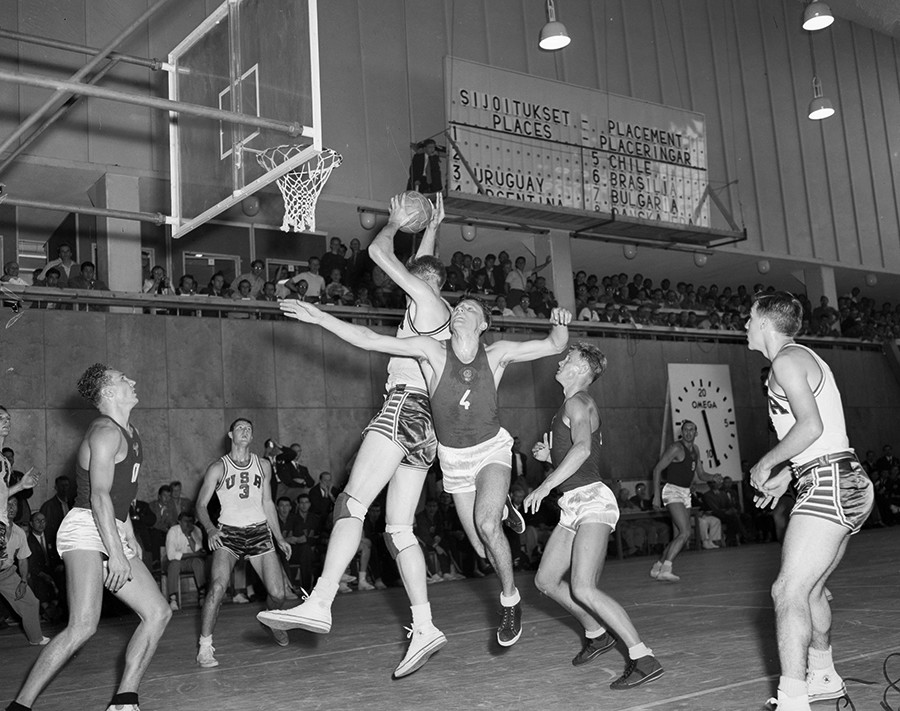 6. The Soviets got their revenge at the 1959 FIBA World Championship hosted by Chile. While the Soviet team defeated the Americans, they were disqualified due to a politically motivated refusal to face off against the Taiwanese players. 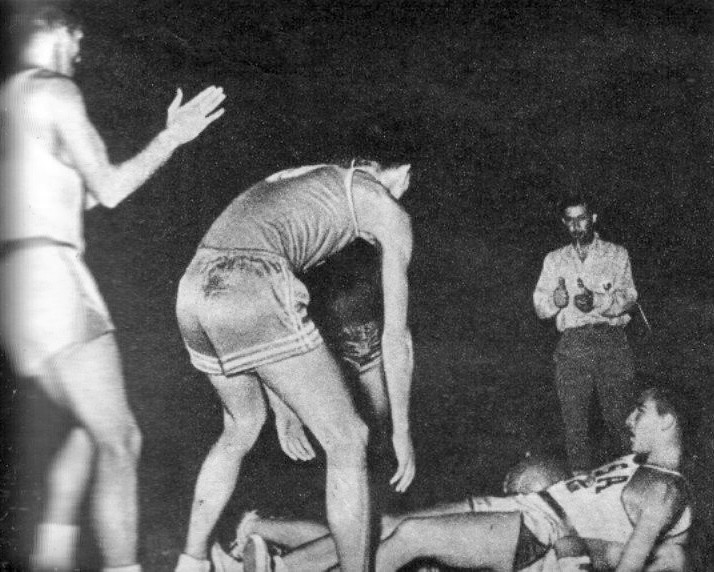 7. The Soviets narrowly won bronze at the 1963 FIBA World Championship, besting the Americans, 75-74. 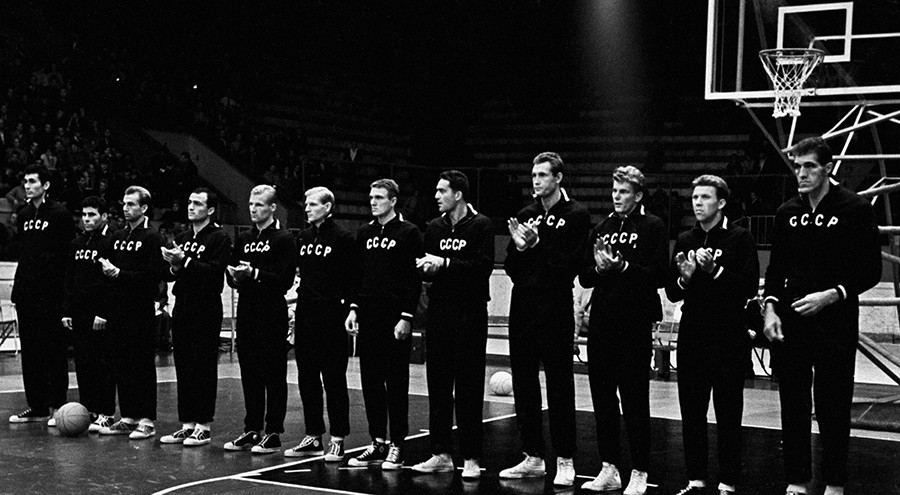 8. A match between the Soviet and American national teams at the 1967 FIBA World Championship was also very dramatic. A referee’s mistake inflamed the slowly boiling tensions on the court and triggered a prolonged argument involving players, trainers, and referees. American and Soviet players protested by leaving the court, each in turns. Eventually everyone returned to finish the match that the Soviets lost by only one point, 59-58. 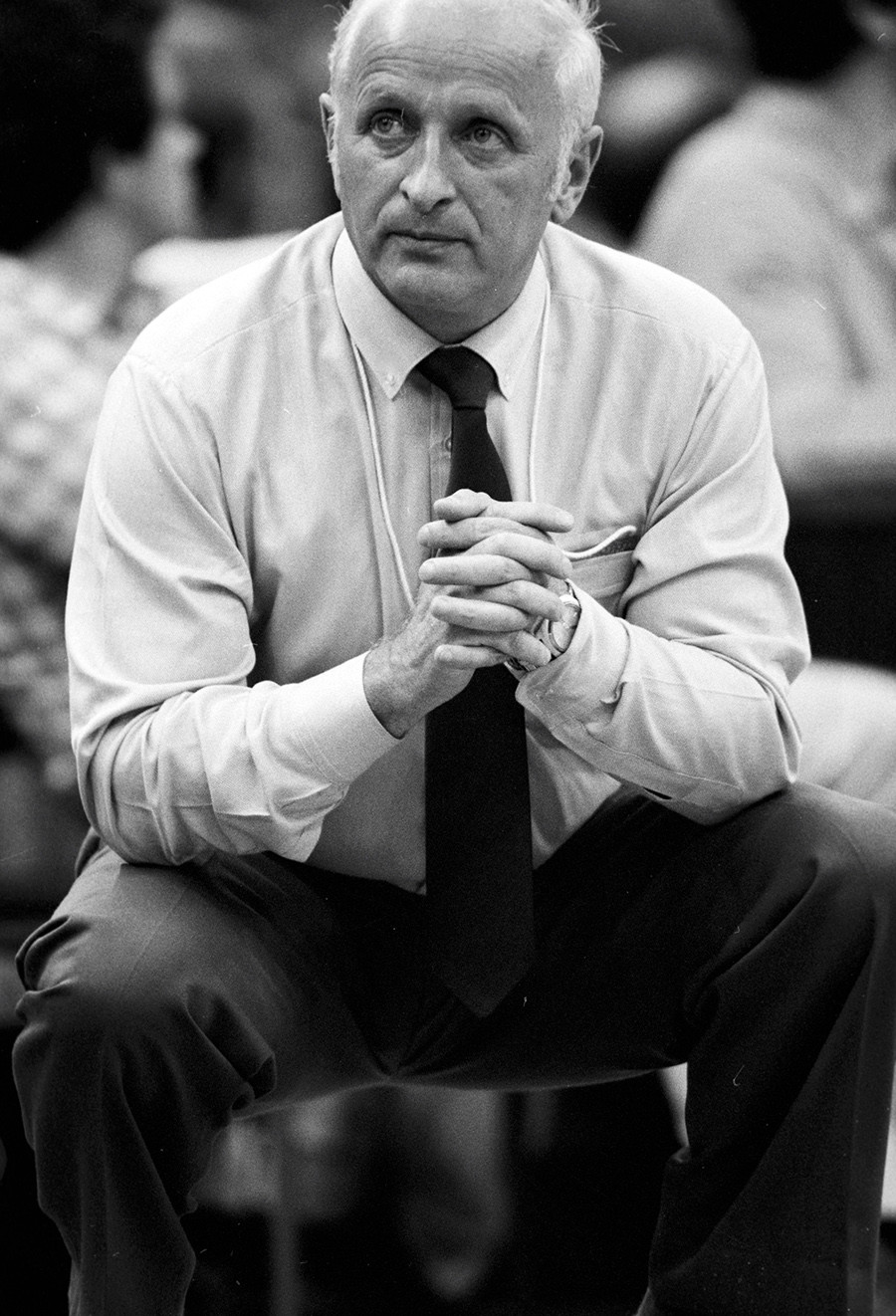 9. The 1972 Summer Olympics in Munich made the 1967 incident look like child’s play. The U.S. faced the Soviets in the final match for the gold medal. The U.S. was up 50 to 49 with only three seconds left. The Soviets asked for a time-out, but the referee missed the signal. The fatal mistake allowed the Soviets to protest and cut short the celebrations of the American team, which thought it had won the game.

10. The playing time was set back and the final seconds of the game were replayed three times due to repeating mistakes by the referees. On the third and final try, the Soviets scored and won the match 51 to 50. This unbelievable victory is viewed as one of the finest moments in the history of Soviet sport. It also caused furious protests by the American team, but FIBA officials held a secret vote that ruled the final result to be legitimate. 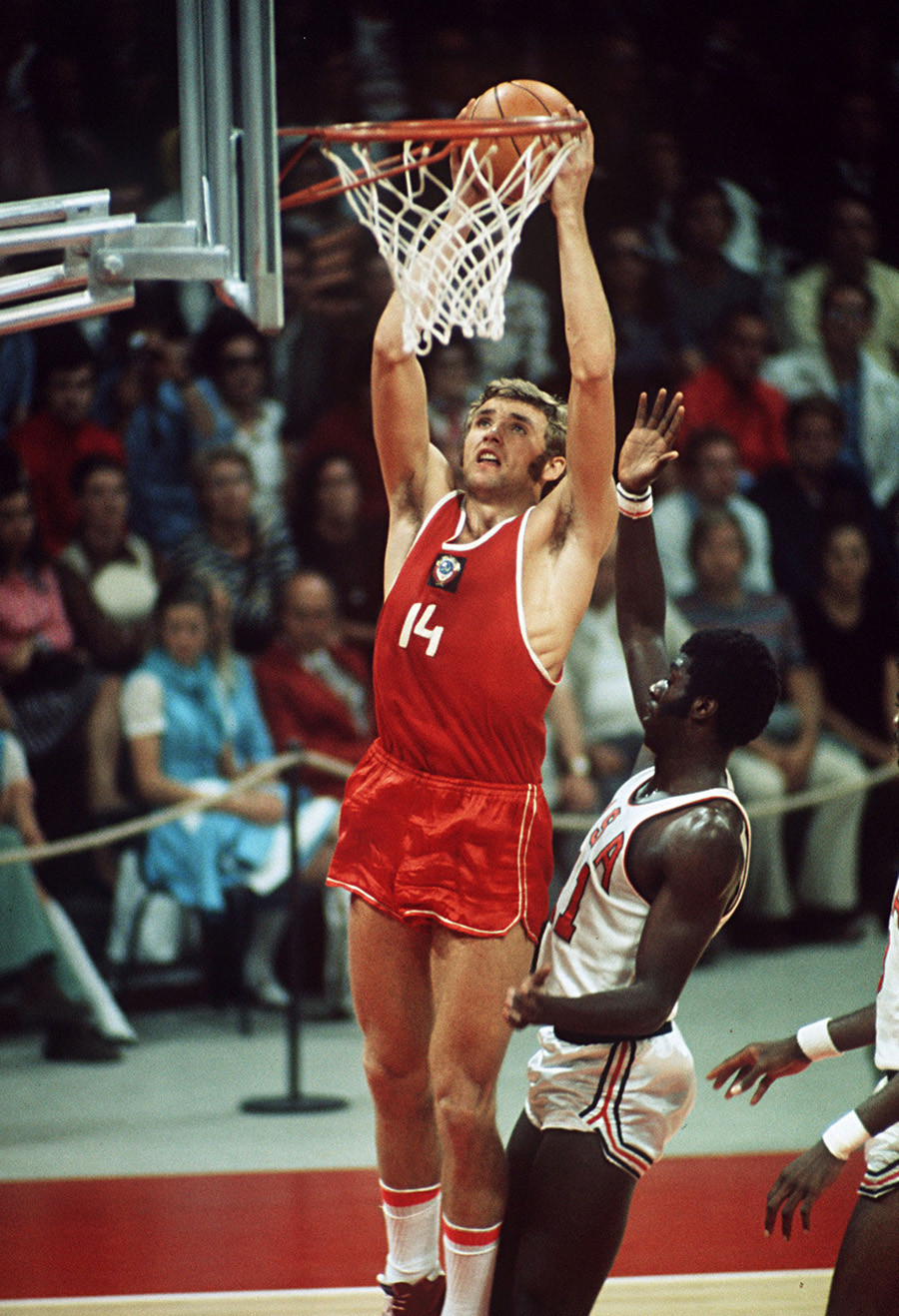 11. The Soviet national team won its last gold medal at the 1988 Olympic Games in Seoul. Still, no victory was as outstanding as the one in Munich 1972. In 2018, that legendary match was made into a major motion picture that broke Russia’s box office record earnings of $31 million in two weeks. 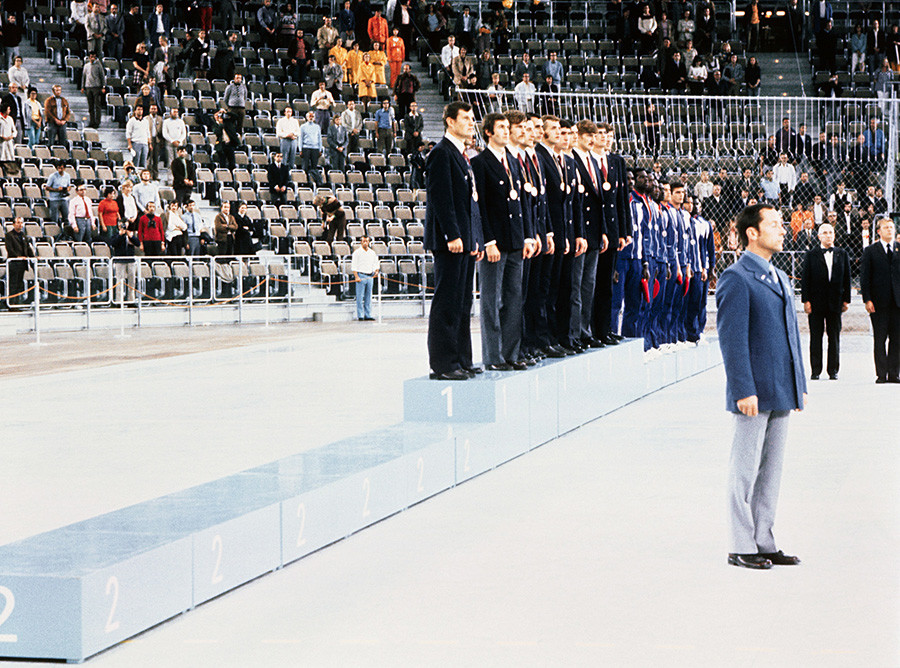 Read about the meteoric rise and dramatic decline of the Soviet hockey here.