Why did the Soviets use 'suicide' dogs to blow up Nazi tanks? 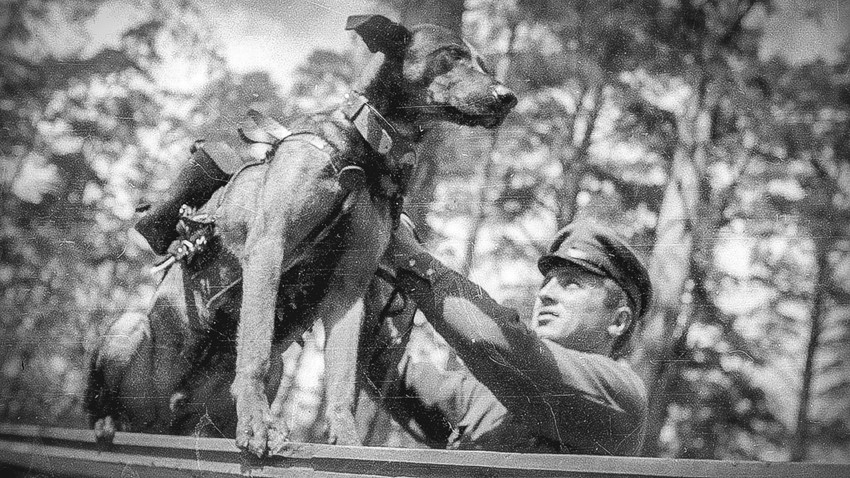 Ninel Ustinova's archive/russiainphoto.ru
When the Germans advanced towards Moscow in 1941, Soviet troops were in a nearly hopeless situation because they lacked effective anti-tank weapons. Out of desperation, highly trained military dogs were used to destroy the enemy.

In the early years of World War II, Soviet anti-tank dogs posed a major threat to the German advance. Strapped with explosives, these animals were sent on missions to destroy enemy equipment. While today this fact might seem disturbing to animal rights activists, it's important to remember how desperate those times were, when a formidable and evil enemy was almost at the Kremlin gates.

Machine guns on German tanks were too high to reach the low-running 'suicide' dogs, and thanks to cover from Soviet infantry the Germans couldn't easily emerge from their tanks and shoot the dogs with rifles.

German tank units often stopped their attack if they saw tank destroyer battalions with dogs on the battlefield. The only effective method to prevent such an attack was to use flamethrowers. Often, when German forces went on the offensive, they shot all dogs along the way. Even Luftwaffe planes opened fire on them.

The Soviet Union didn’t start using anti-tank dogs in response to the Nazi invasion of 1941. In fact, they began training such dogs in the 1930s, well before the outbreak of the Great Patriotic War. 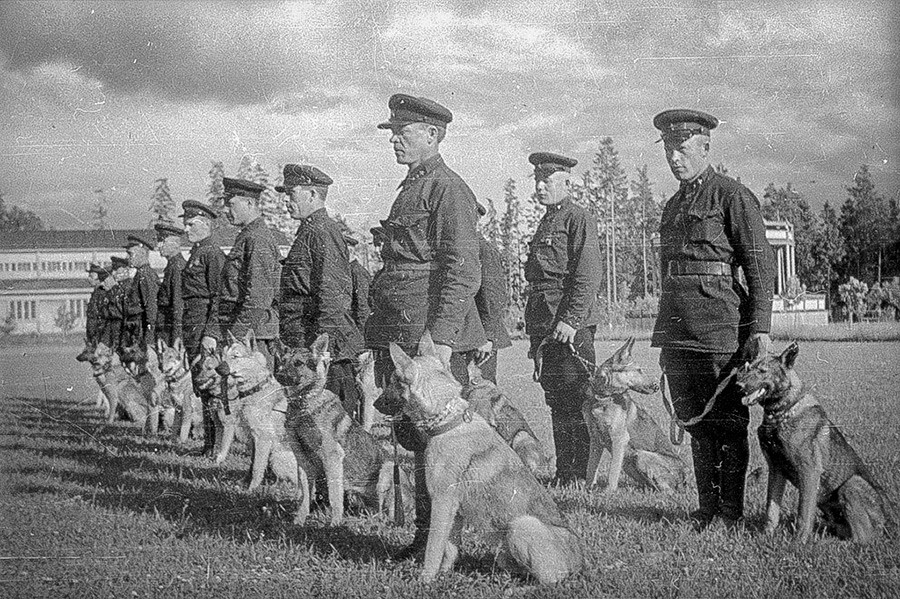 The anti-tank dogs were trained to crawl under enemy tanks while carrying explosives on their bodies (12 kg of TNT). A long lever set off an explosion upon contact with the target.

The dogs were instructed how to climb under tanks. They were starved for several days, and pieces of meat were placed under practice tanks to fool the dogs into thinking that food could be found under all tanks. They were also taught not to fear heavy artillery, and were trained to crawl under the back of a tank to avoid fire from enemy machine guns.

The first anti-tank dogs were introduced into the Red Army in 1939, and two years later the dogs were put to the test in battle.

Anti-tank dogs from the 1st special battalion (212 dogs and 199 trainers) were first deployed in battle near Moscow.

The dogs' first major attack was a complete disaster because there was no cover from Soviet infantry. As a result, the Germans easily shot the dogs. In addition, the trainers had made a serious tactical error by training the dogs with Soviet tanks, which ran on diesel. The animals were accustomed to the smell of diesel, but German tanks used gasoline. Thus, the dogs were completely confused on the battlefield. 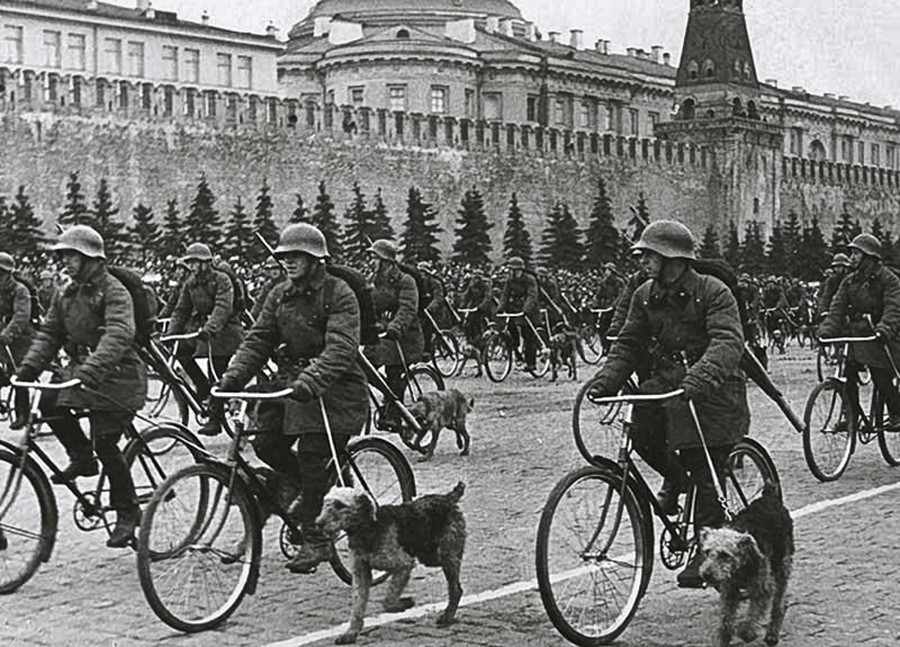 Those soldiers who weren't killed, surrendered with their dogs. During interrogations, the captive trainers revealed Soviet methods used to train anti-tank dogs.

Fighting on all fronts

Even though the 1st special battalion was wiped out, the Soviet Union continued to use dogs against the Germans. Tactics were changed and dog training resumed. By the end of 1941, over 1,000 dogs were fighting on the front and the next year the number exceeded 2,000.

On July 21, 1942, suicide dogs helped determine the outcome of a major battle near Taganrog on the Sea of Azov.

When 40 enemy tanks smashed through a battery of anti-tank guns and compromised the position of the naval infantry brigade, the 4th company of anti-tank dogs was the only thing that stood between the command post and the Nazis. 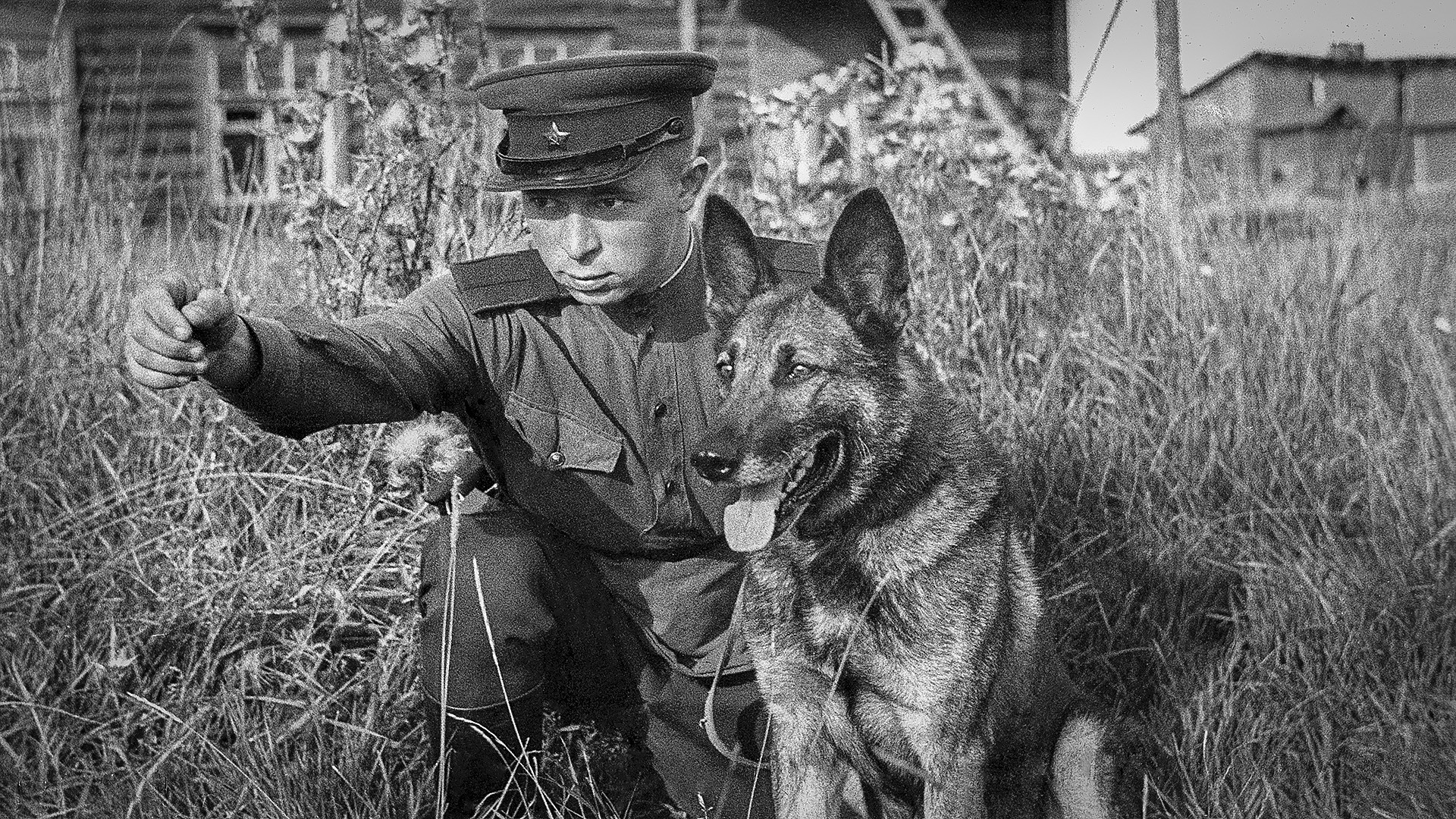 Simultaneously, 56 dogs launched an attack and destroyed many enemy tanks. Not only did those dogs stop the offensive, but they also forced the Germans to flee the battlefield.

During the Siege of Leningrad, a group of dogs blew up enemy tanks and fortifications. They had slyly made their way around barbed wire, identified the enemy’s location and ran towards the entrance of the bunkers where they had detected human presence. They managed to blow up several bunkers, as well as an ammunition depot.

By mid 1943, the situation on the battlefront had changed. The Red Army started to receive a sufficient amount of anti-tank weapons, which had been lacking in the early days of the war. As a result, they stopped using dogs for suicide missions.

In total, the dogs helped destroy 304 enemy tanks during the war, possibly tipping the scales in the Soviet Union's favor, and making a major contribution towards the defeat of Nazism. 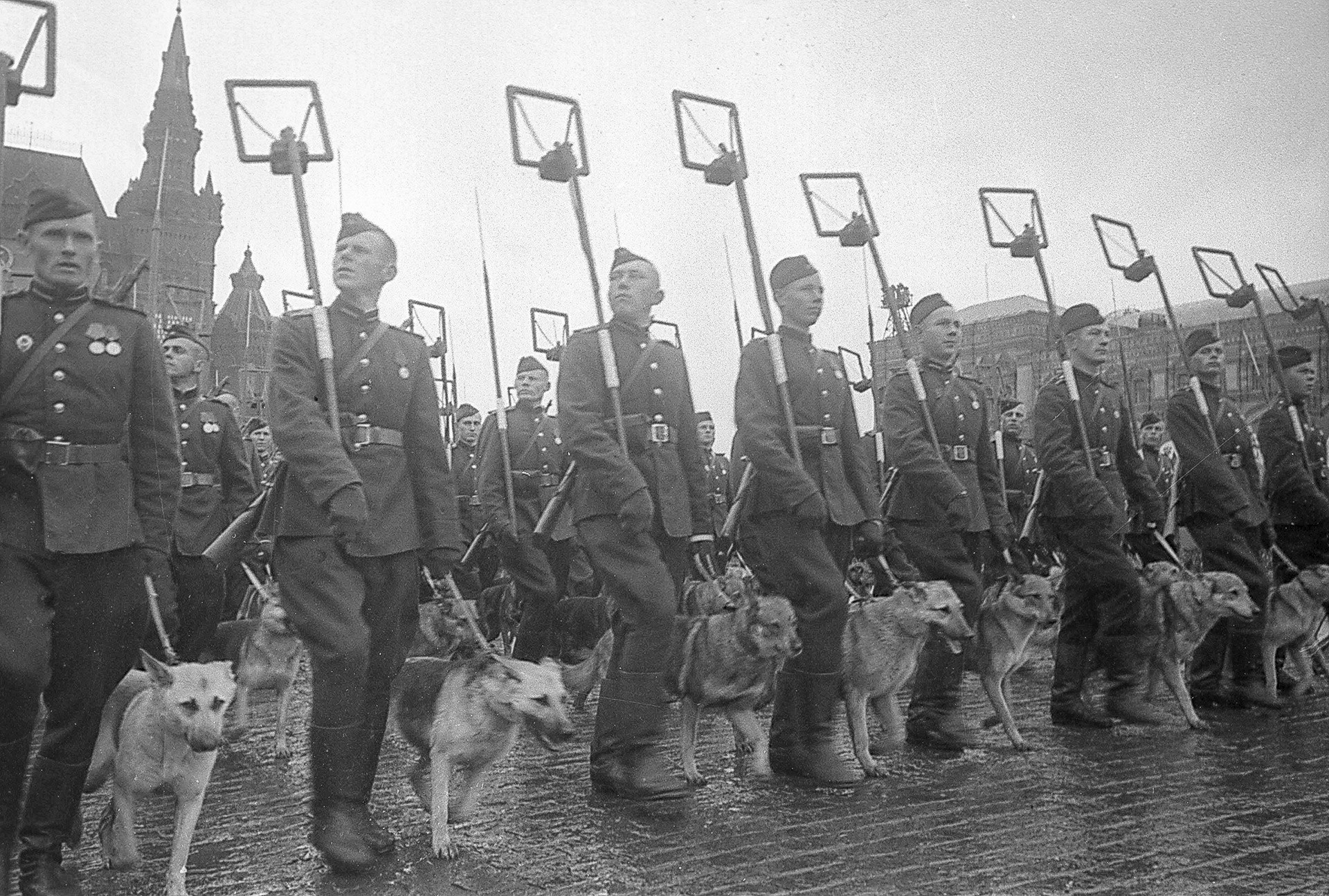 With victory almost a certainty, the remaining dogs were retrained for mine detection missions, and many survived until the war's end.