6 feet tall and armed to the teeth: Russia’s elite Guards units in photos 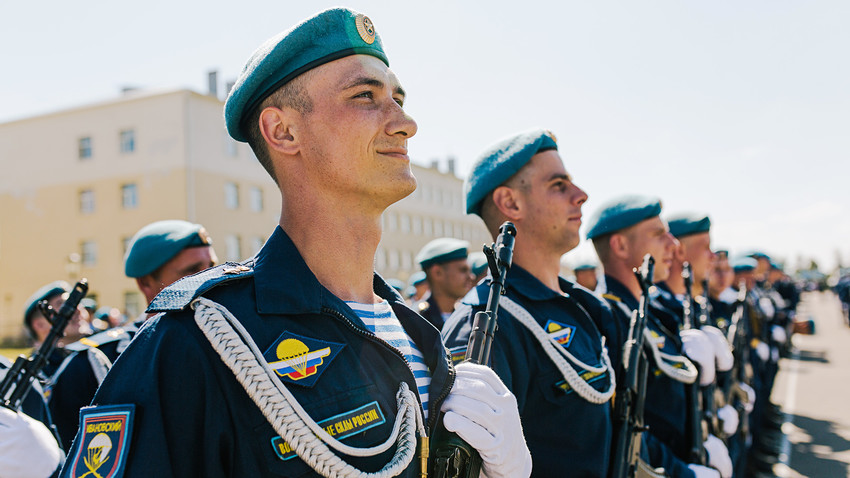 Varvara Gert'e/Sputnik
They’ve fought in every important conflict Russia has been involved in over the past three centuries. They used to be a powerful political force that could pick and depose tsars as they wished. Here’s a brief history of the Russian Guards. 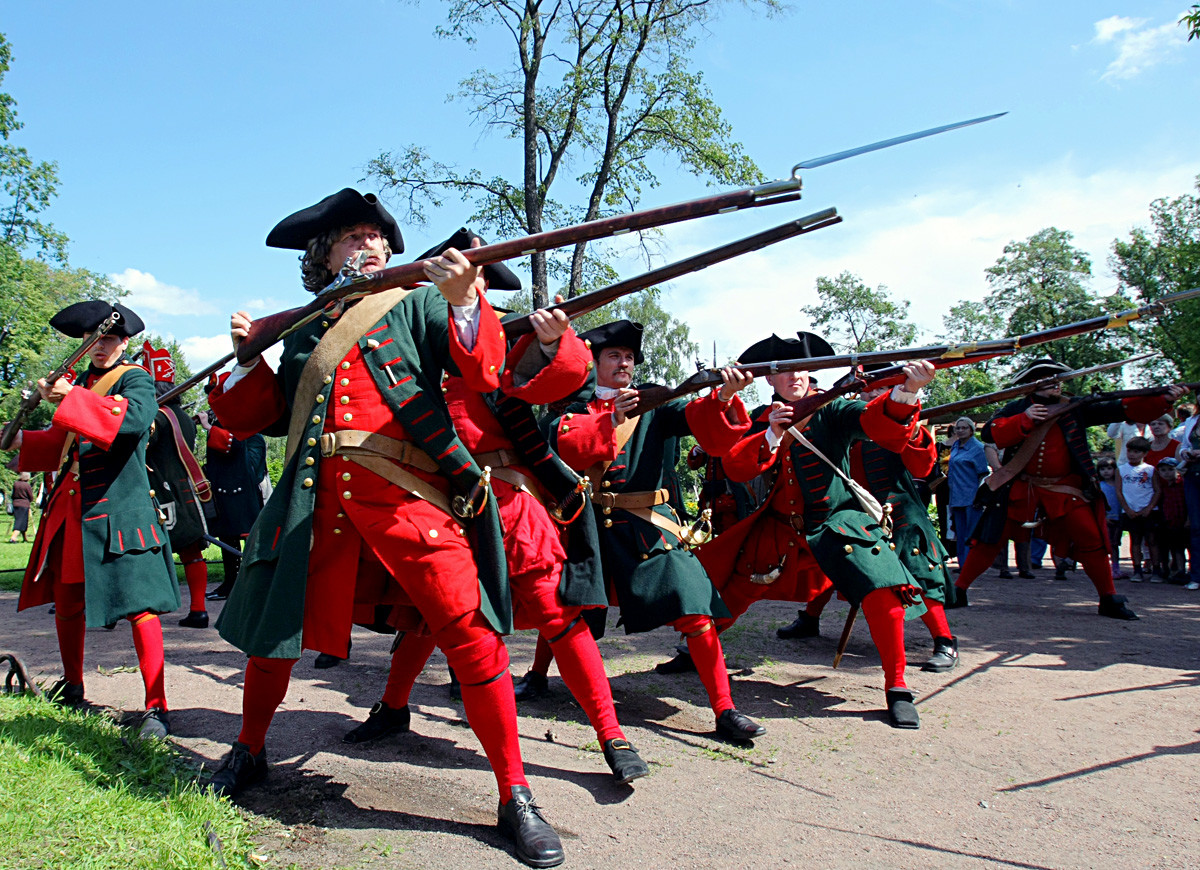 The history of the elite Russian military unit called the Guards can be traced back to the early 18th century and Peter the Great, the founder of the Russian Empire. The Guards started off as toy soldiers for young Peter, called the Semenovsky and Preobrazhensky Regiments. At the time, Russia lacked proper military schools, so the Guards units turned into a kind of educational institution for the army. 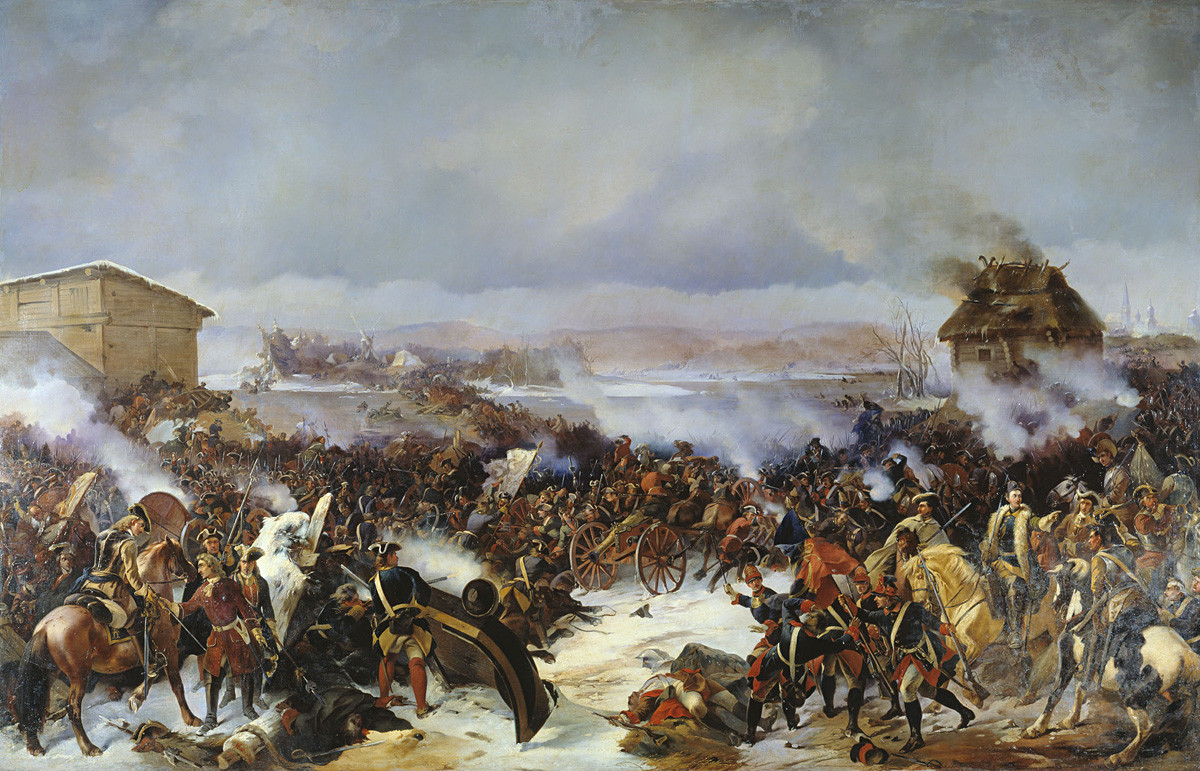 'The Battle of Narva'

But in 1700, the fun and games came to an abrupt end. The two regiments showed exemplary courage in battle with the Swedes. Although Russia lost at the Battle of Narva, the resolve of these two regiments what made it possible for the army to retreat. In 1706, Peter the Great himself became a colonel in the Preobrazhensky Regiment and even wore the unit’s uniform. 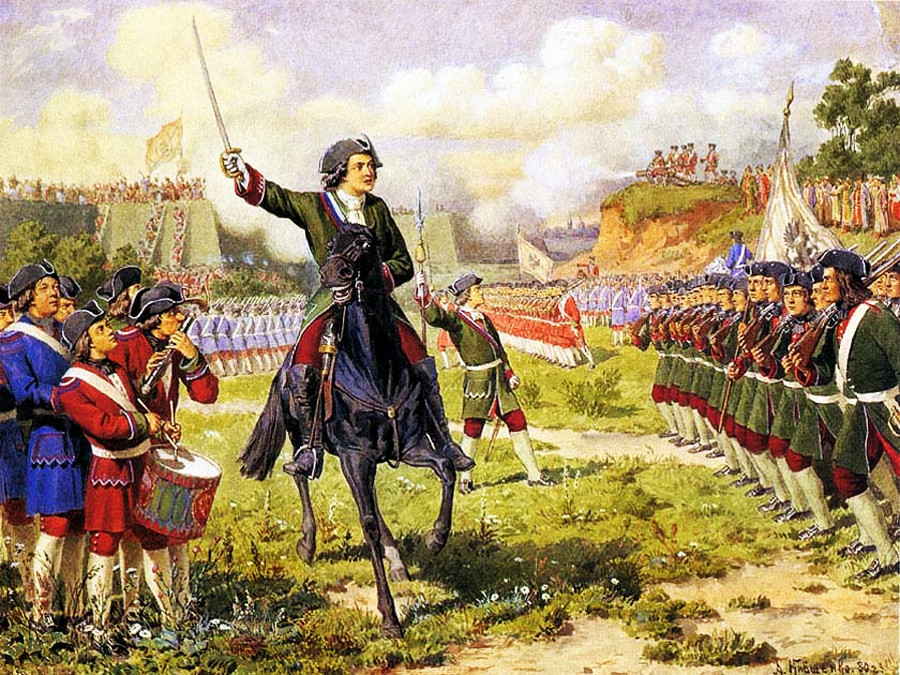 Peter increased the Guardsmen’s salaries and ordered that the color of their stockings be changed from green to red. This was meant to symbolize the fact that they fought knee deep in blood. The tsar himself oversaw the process of drafting new soldiers into the elite units and personally approved each candidate. 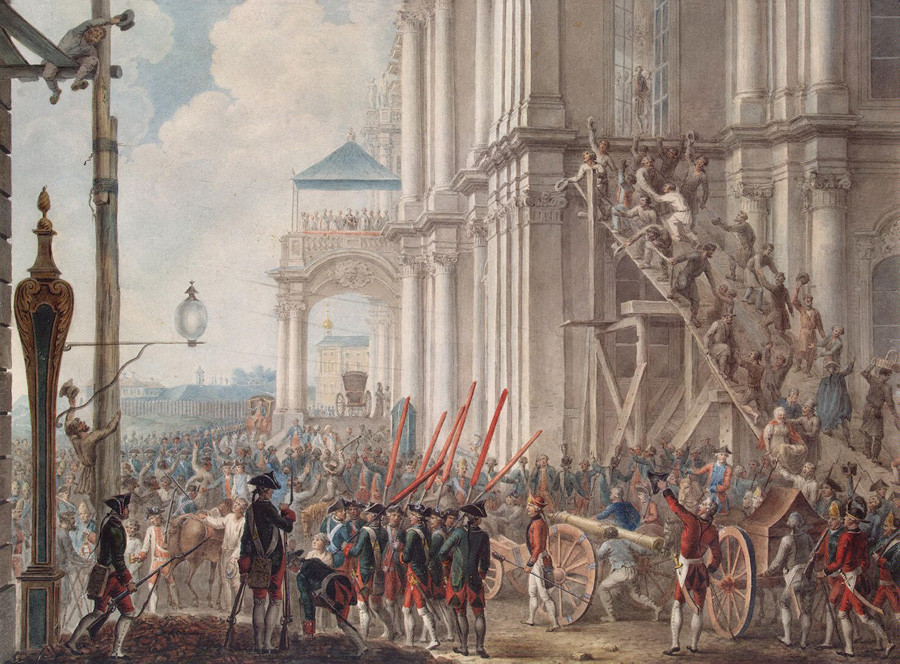 Over time, Guards regiments increased in size and numbers. During the 18th century, they became an influential political force because guardsmen were mainly drafted from the ranks of nobility and often had close ties to the imperial court. A number of Russian rulers owed their throne to the Guards’ support, including Russia’s most famous empress, Catherine the Great. Guardsmen were always people with exceptional height and strength, but under there was a decree specifically requiring that all members of Guards units be 182.5 cm or taller (the average soldier’s height at this time was around 160 cm). 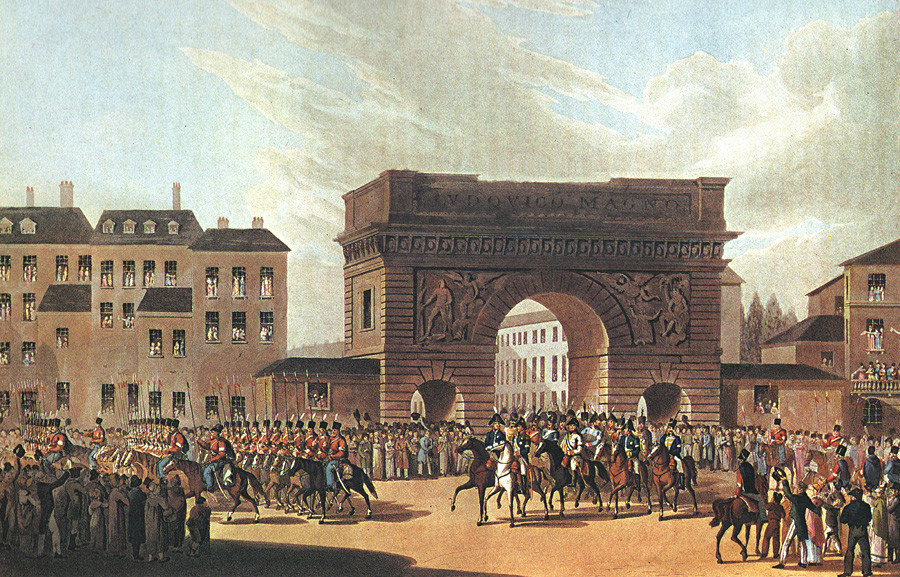 But then, in the early 19th century, the Guards units returned to their primary purpose: fighting. The Guards distinguished themselves in multiple wars of the Napoleonic period, including at the Battle of Borodino near Moscow and later in the Battle of Nations at Leipzig. In 1814, after defeating Napoleon, Russian Emperor Alexander I solemnly marched through Paris surrounded by Russian Guards regiments. 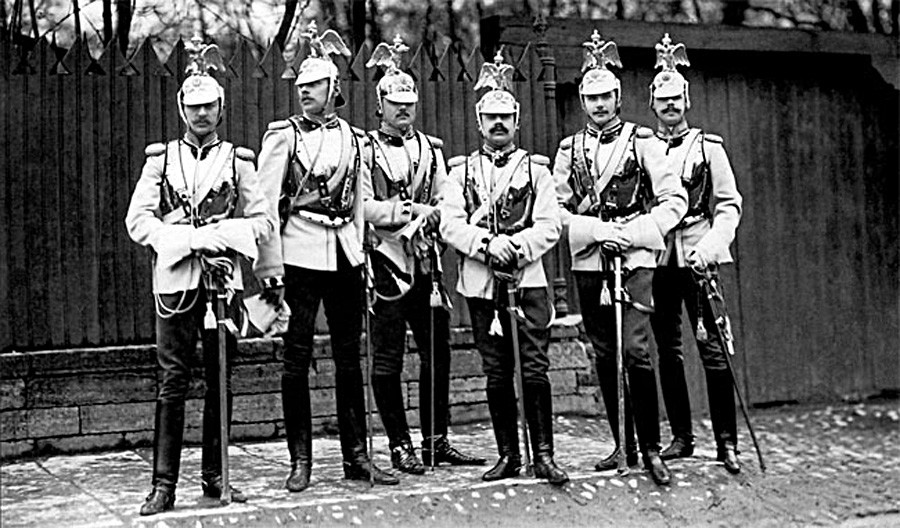 In the early 20th century, the Guards took part in the Russo-Japanese war and then later in the suppression of the revolution in Russia in 1905. In Dec. 1905, Nicholas II dispatched the Semenovsky and Preobrazhensky Regiments to put down a rebellion in Moscow. Some officers who refused to act on the order or perform police work were replaced with ones from common army units. 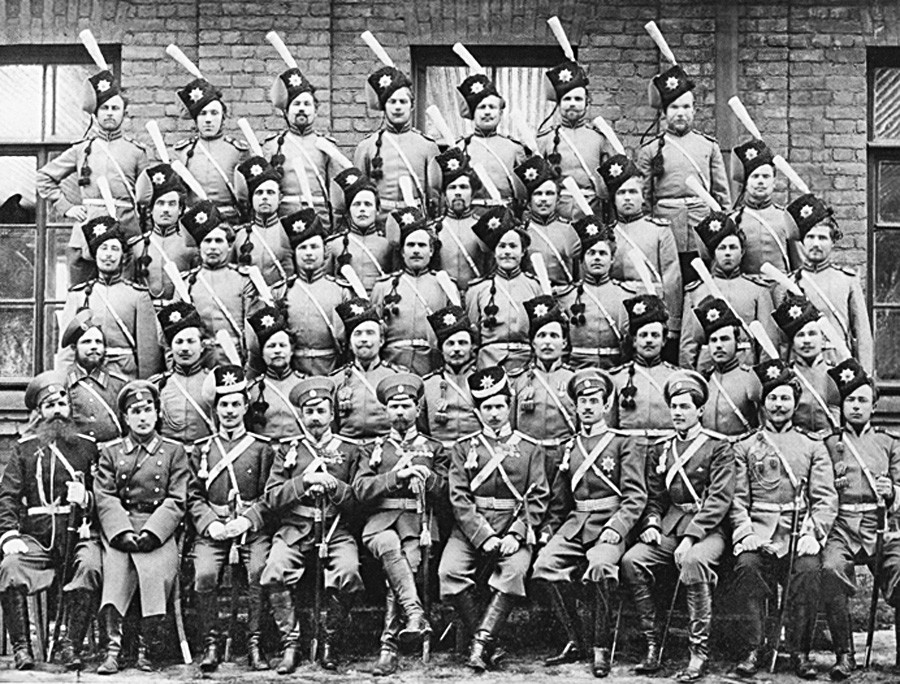 The Guards took part in WWI, especially in fighting in Eastern Prussia in 1914 and then at the Siege of Kovel in 1916, where Guards regiments suffered heavy losses. The empress dowager Maria Feodorovna complained about the battle in her diary, writing about “useless losses of the Guards.” Some say that high casualties among the elite units during WWI undermined the Guards’ political influence in support of the throne, thus paving the way for revolution. 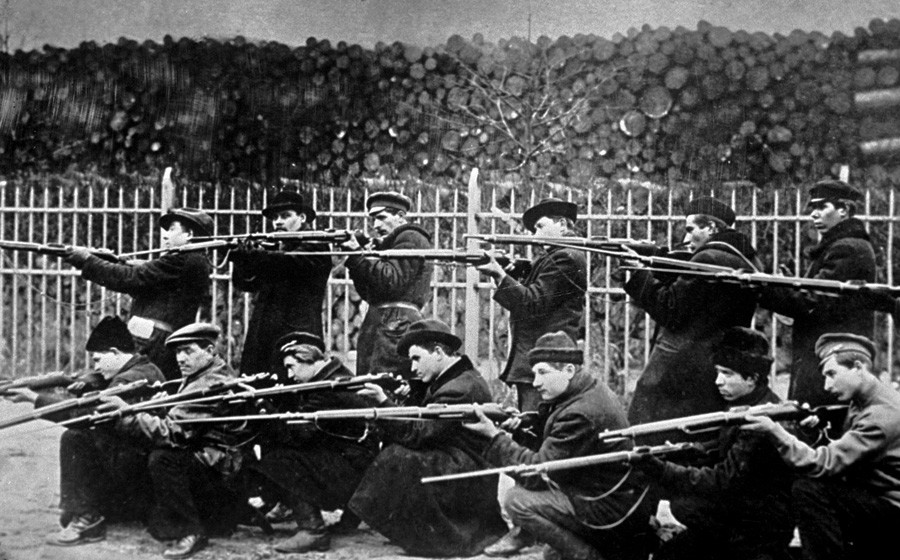 After the Revolution of 1917 and the overthrow of Nicholas II, the Bolsheviks tried to form their own Guards units, called the Red Guards and consisting mainly of workers. They often had trouble obtaining arms. According to one historian, this meant “many workers used to buy revolvers, rifles and even machine guns from army soldiers.” By Oct. 1917, these units were well enough armed to play a key role in the Bolshevik uprising and the defeat of provisional government troops. These regiments later became part of the Red Army. 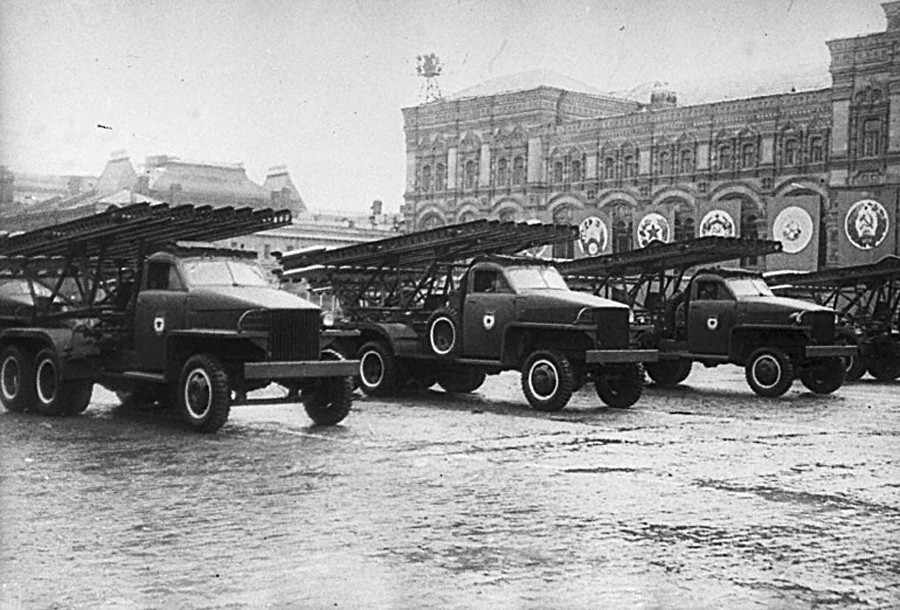 A true rebirth of the Guards units came in 1941, during WWII. In September that year, four divisions were given the title of Guards after the first successful against Nazi troops. Around the same time, a new weapon was introduced into the army: Katusha missile launchers. They were officially called Guards Mortars so as to not advertise the fact that they were actually efficient rocket launchers. By the end of the war, there were entire armies with the title of Guards. 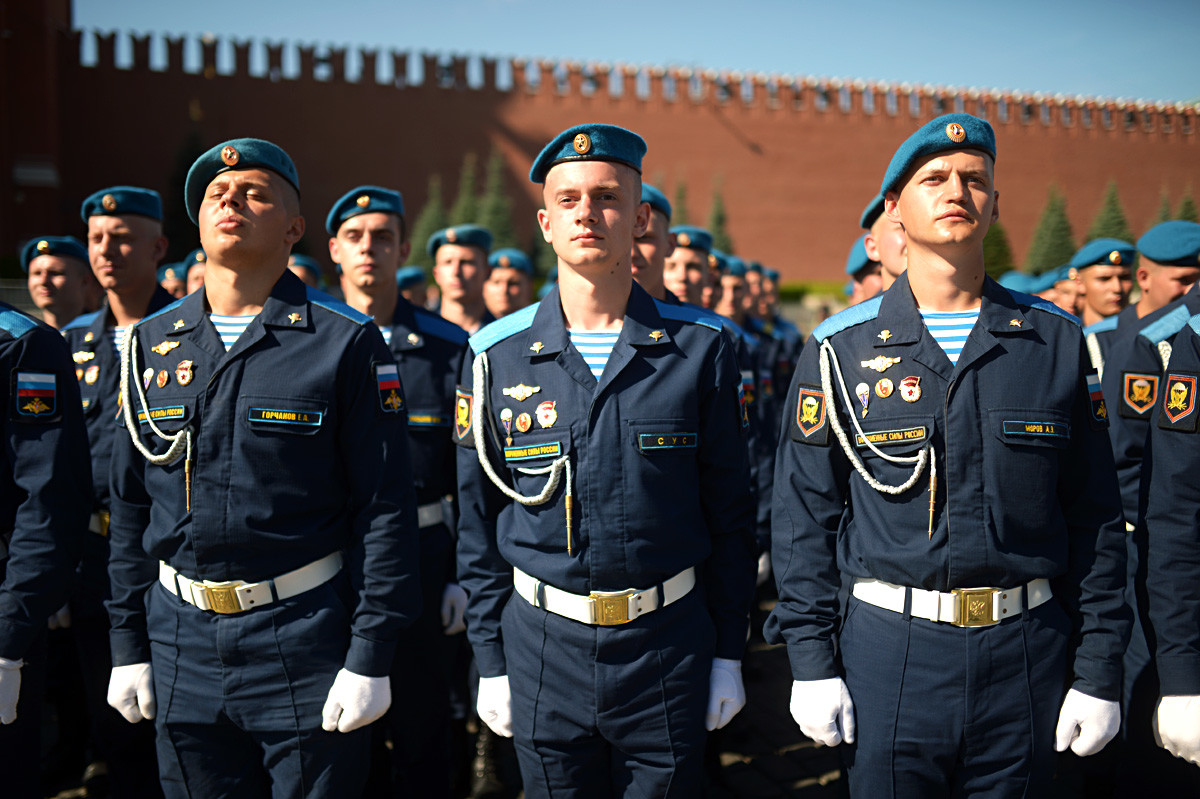 In modern Russia, many military units to the Guards. For example, all airborne troops are a part of this elite military cohort. The Guards have taken part in all conflicts Russia has been involved in during recent years. One of the most remarkable episodes in the Guards’ recent history took place in Chechnya in Feb. 2000, when a company of Guards Airborne Troops was surrounded and greatly outnumbered. Of the 99 soldiers present, 84 were killed but did not leave their positions.