Stalin's women: Who shared a bed with the Soviet leader? 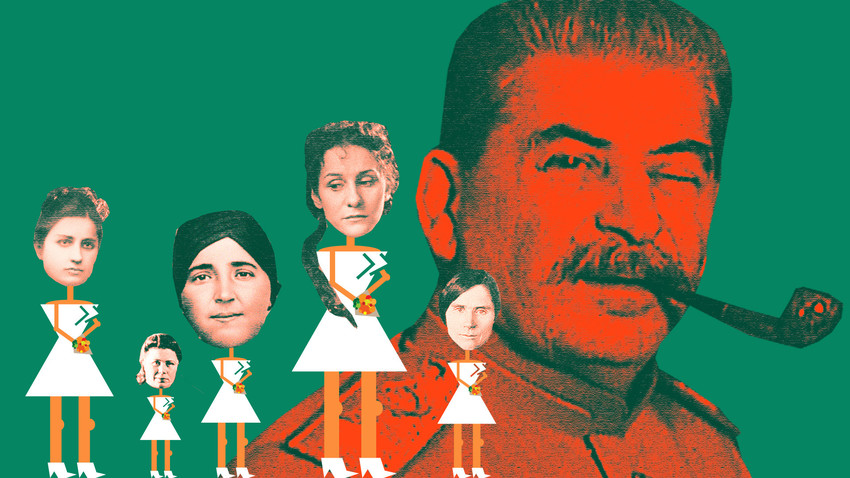 Alexander Kislov
So little is known about his private life, but these dames got to know the polarizing character far better than most. 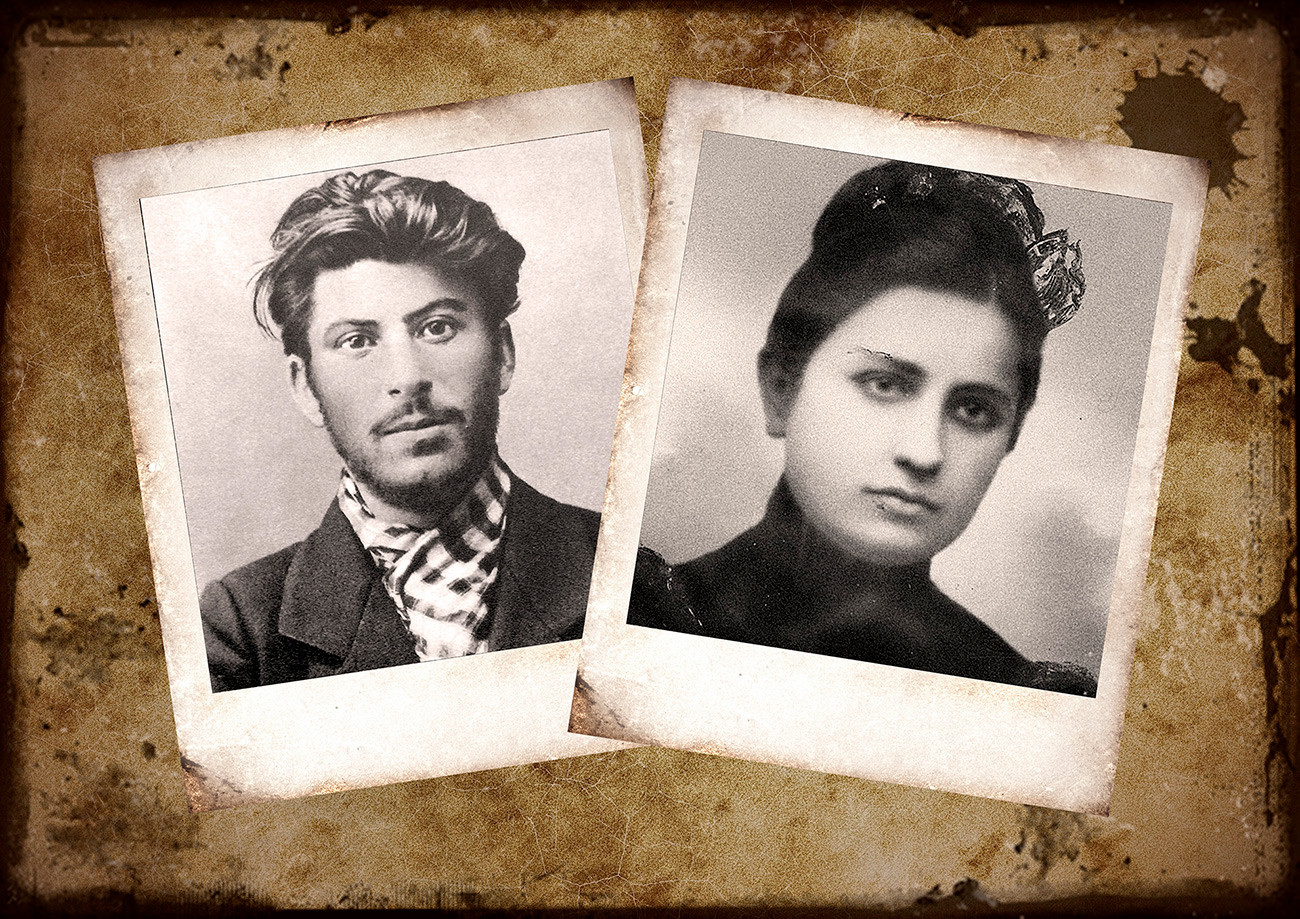 It was said that Stalin's first wife, Ekaterina Svanidze, was so shy that she would hide under the table when her husband's friends came to visit.

Kato met Stalin through her brother Alexander: they studied together at the Tiflis Spiritual Seminary. Twenty-four-year-old Stalin fell in love and desperately wanted to marry Kato, a Georgian woman from a poor family, who at the time was just 16. His proposal was accepted on one condition - that they would have a church wedding.

They got married in 1906, and that same year Kato gave birth to their son, Yakov. However, she died a year later 1907: according to one theory, from tuberculosis, while other reports claim typhoid fever took her life. Eyewitness recalled that Stalin was so distressed by her death that at the funeral he jumped into her grave.

The love the future Soviet leader expressed for Kato did not save her relatives though. In the 1930s, her brother and a fellow student of Stalin fell victim to reprisals and died in custody. Kato’s brother’s wife also died - of a heart attack when she heard about his death.

Maria and Lida: Romance in exile 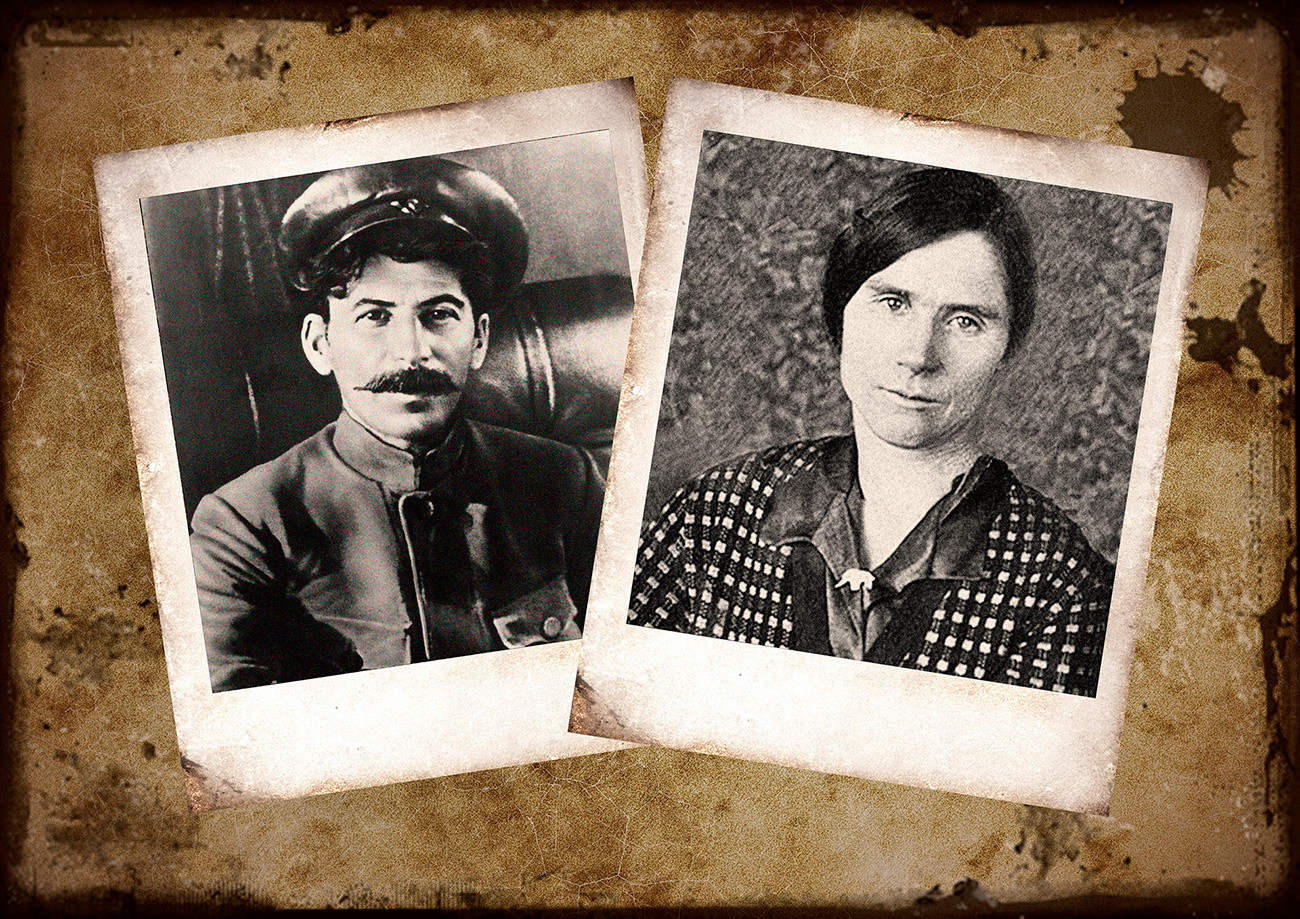 After Kato's death, revolutionary Stalin was exiled to Siberia five times, and at least twice had affairs with women from whom he rented lodgings. One of them was called Maria Kuzakova. In 1911, the young widow with children let Stalin into her house as a tenant, they began a relationship and she became pregnant. But in 1912, Stalin's exile ended and he departed to continue his revolutionary activities far from Siberia. He did not stay to see the birth of his son, Kostya.

The other woman's name was Lida Pereprygina. At the time of her affair with 37-year-old Stalin, Lida, a peasant girl, was just 14. He lodged with her from 1914 to 1916, and over that time she had two babies. The first one died. The second was born in April 1917 and was registered as Alexander Dzhugashvili (under Stalin's real name). The villagers accused Stalin of seducing a minor and he had to promise that he would marry Lida. However, as soon as his exile was over, Stalin left the village.

Both women later wrote to Stalin asking for help, but received no answer. Instead, in the 1930s, they were forced to sign a document promising never to disclose the who their children's father was.

Nadezhda Alliluyeva: A shot in the heart 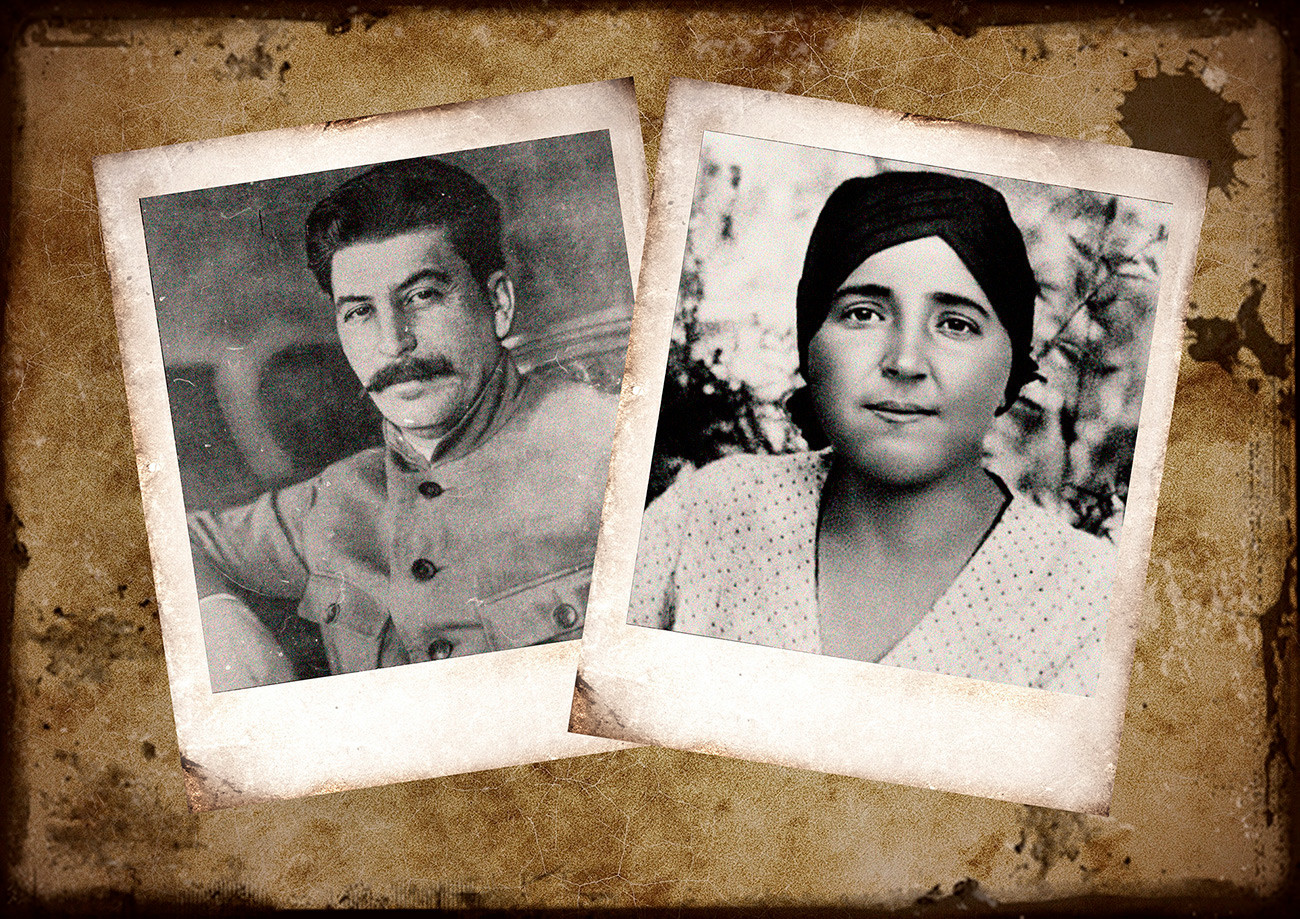 Stalin's marriage to his second wife lasted 12 years. He first met Nadezhda as a little girl, as he had spent a lot of time with her mother, Olga, a married woman, in Baku. According to some accounts, he saved little Nadia when she fell into the sea in the Azeri capital.

They got to know each other properly when 37-year-old Joseph Stalin returned from his Siberian exile. Nadia was 16 and fell head over heels in love with him. They got married two years later. Contemporaries said that the marriage was built on love. But it ended in suicide. In 1931, Nadezhda shot herself in the heart with a Walther pistol. The housekeeper found her on the floor beside her bed.

According to one theory, Nadezhda was severely depressed because of her husband's cruelty. "In the presence of Joseph, Nadia resembled a fakir in a circus performance, walking barefoot on broken glass, with a smile for the public and with a terrible tension in her eyes. She never knew what would happen next, what outburst," recalled her close friend Irina Gogua.

Another theory was that during one of their quarrels, Stalin told his wife: "Do you know that you are my daughter?" That was reported by journalist Olga Kuchkina, whose relatives were friends with Alliluyeva. Stalin apparently forced Nadezhda to have ten abortions.

Olga Lepeshinskaya and Vera Davydova: Love from the stage 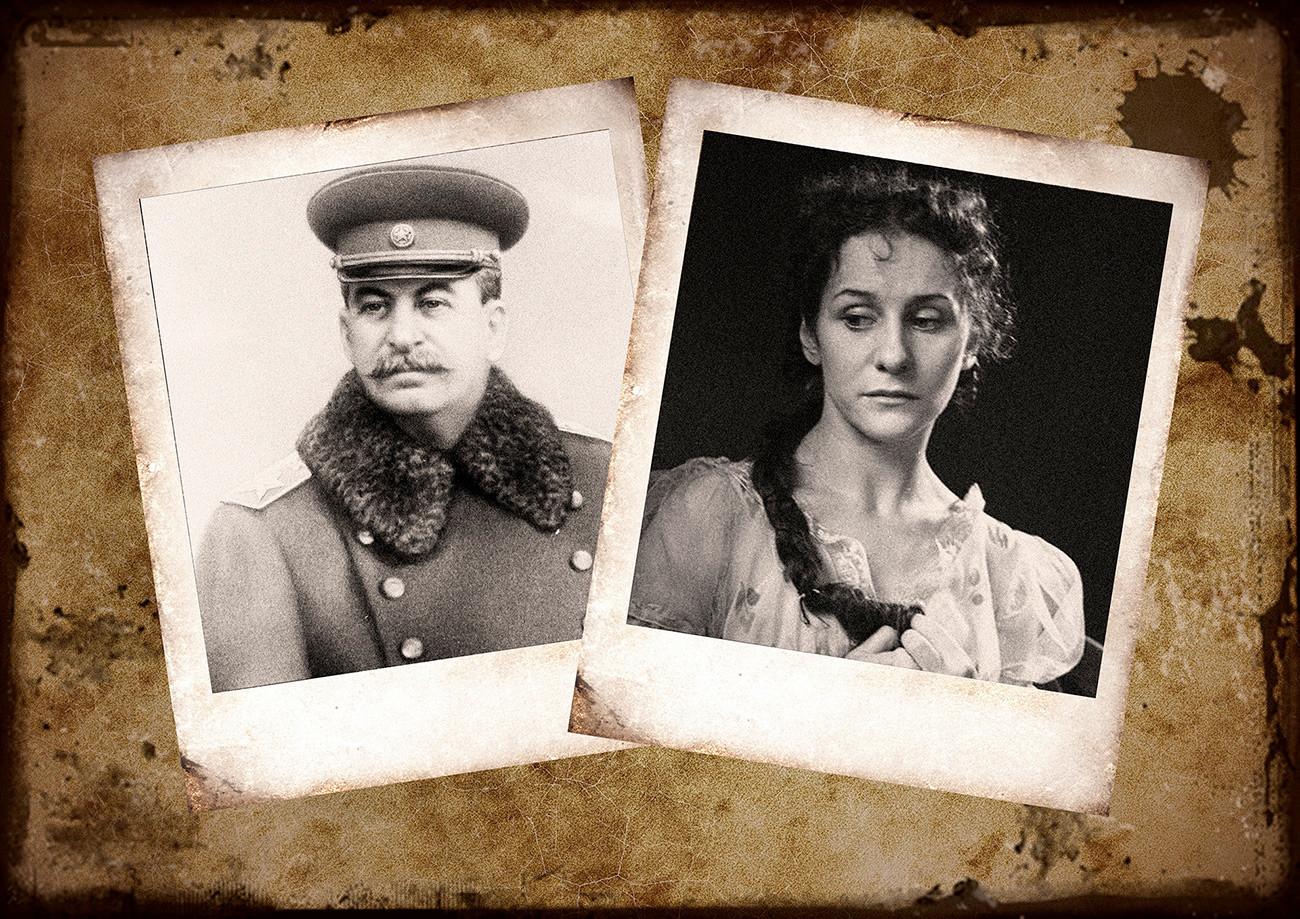 "Ballerinas and typists" – this is how Maria Svanidze summed up the predilections of the Soviet elite in her diary. They said that Stalin's favorite ballerina was Olga Lepeshinskaya, although she herself never admitted to having had an affair with him. One thing was obvious though: he liked to visit the Bolshoi Theater when she was performing. Stalin presented her with flowers and invited her to receptions. Many years later, in 2004, she said this: "We [ballerinas] were all in love with him. He could be very sweet and very nice, but that was probably just the impression he created. Because at his core he was a bad person - vindictive and angry."

As for opera singer Vera Davydova, there is less uncertainty. Her memoirs - "Confessions of Stalin's Lover" - was published in London in 1983 (but is not recognized by Davydova's family). According to the book, their relationship lasted 19 years.

In 1932, at a reception in the Kremlin, Davydova, a married woman, found a note in her pocket. It said that a driver was waiting for her outside. Davydova went to the secret rendezvous and was taken to Stalin's home. After a strong coffee, Stalin invited her into a room with a large sofa. He asked if he could turn off the light as it was “more conducive to a conversation,” and, without waiting for an answer, he flicked the lights off. On subsequent meetings, he would simply say: "Comrade Davydov, undress."

"How could I resist or refuse? At any second, with just a single word, my career could come to an end or I could be physically destroyed," she said. During her affair with Stalin, Davydova received a two-bedroom apartment in Moscow and was awarded the Stalin Prize three times. 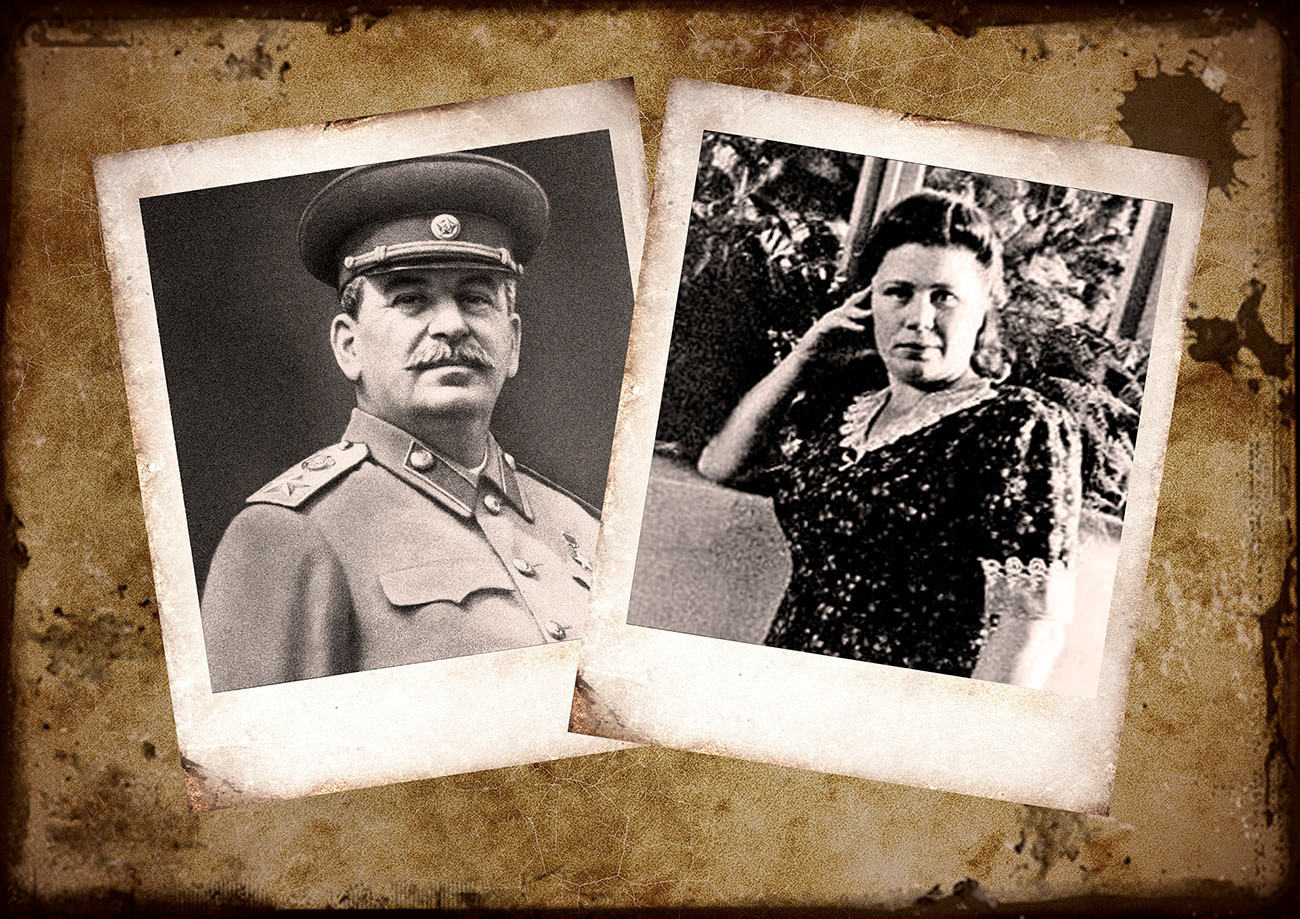 Valya Istomina, Stalin's personal housekeeper, had to live through perhaps the hardest ordeal.

Initially, she was “intended” for General Nikolai Vlasik, chief of Stalin's personal guards. However, at the time, she was courted by many men, including Lavrentiy Beria, head of the NKVD. When Valya caught the eye of Stalin himself, all the others retreated. The young woman was transferred to his Moscow dacha in Kuntsevo: she personally set the table for him and made his bed.

Tragedy struck 17 years later, when Stalin fell sick and Valya did not go to him. She was raped by Vlasik and Beria. Having learnt that she had “cheated on him,” Stalin gave the order to send her to the infamous Kolyma camp, in the Magadan Region. Vlasik was also arrested and sent to a camp, while Beria was spared.

Fortunately for Valya, upon arriving at the camp she was informed that Stalin could not bear being without her, so she was sent back to Moscow.

After Stalin's death, his daughter Svetlana Alliluyeva wrote about Valya in her book "Twenty Letters to a Friend": "She fell on her knees by the sofa, dropped her head on the dead man's chest and started wailing, like a village woman ... To her dying day, she was convinced that there was no man better than my father."