5 worst Russians of all time 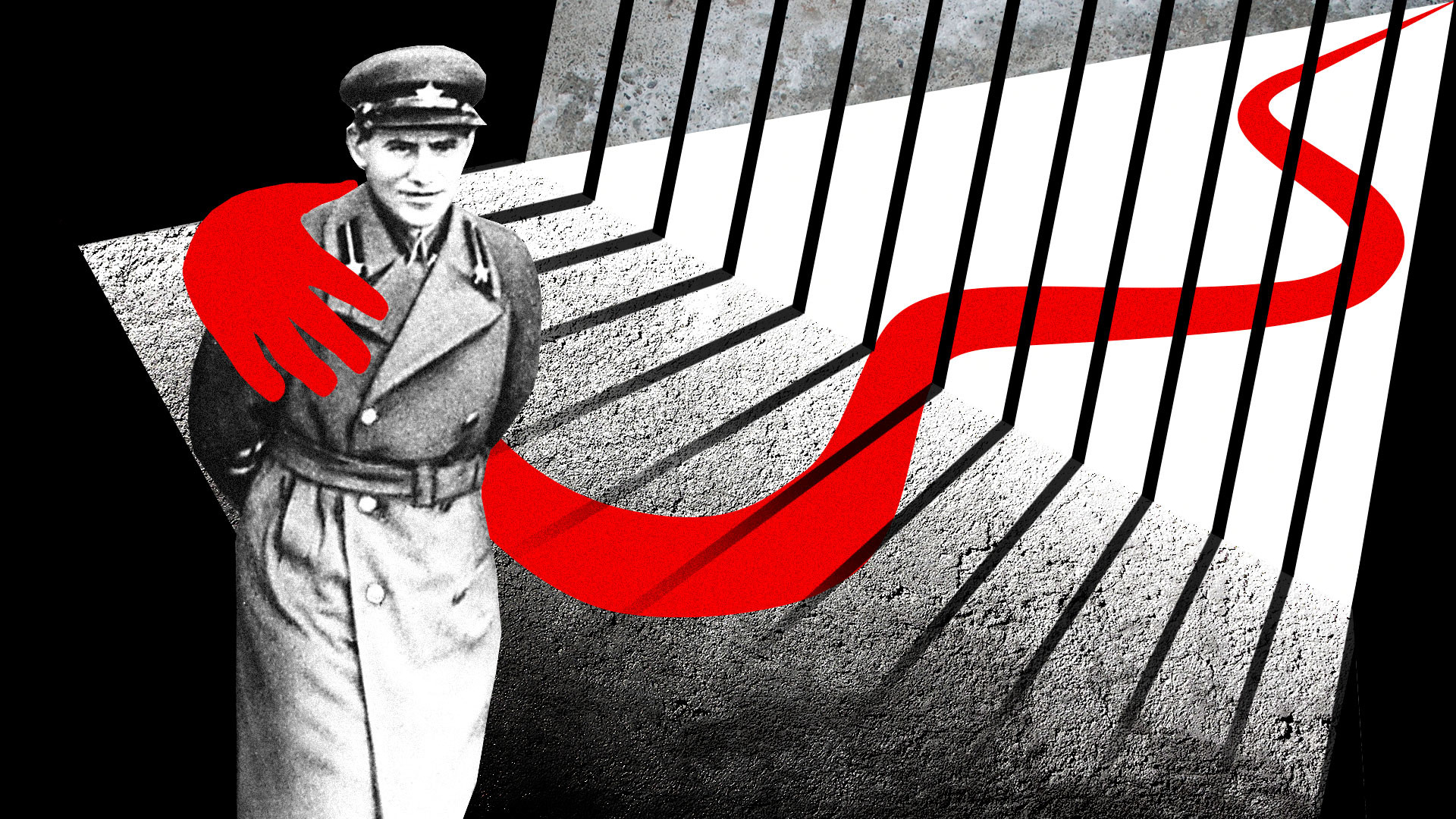 These people were pure evil.

Alexander Kislov
These guys won’t be winning any popularity contests any time soon... 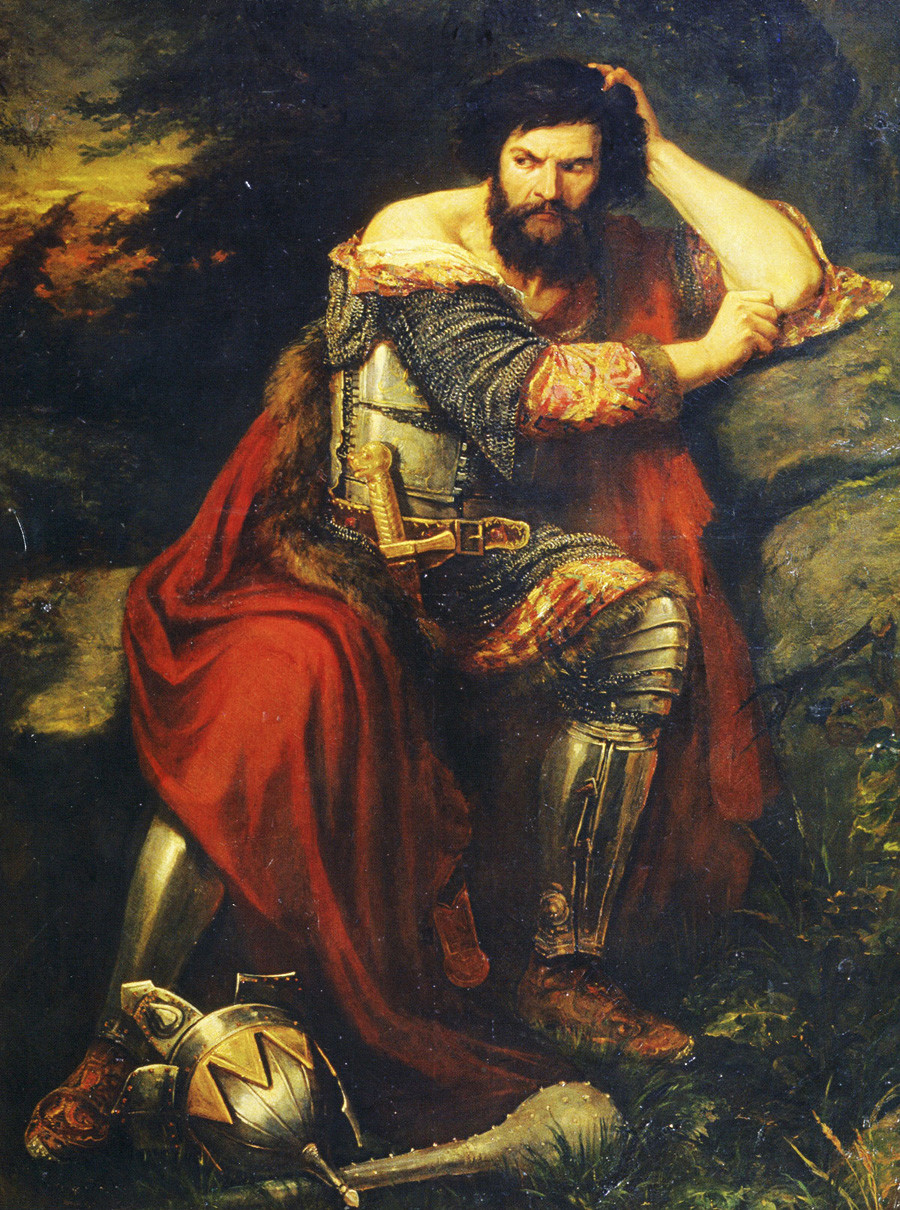 Generally, it’s hard to judge whether medieval princes of Kievan Rus’ were good or evil as we know little about them and usually only from chronicles written centuries later. But Sviatopolk, son of Vladimir the Great who baptized Rus’ to Christianity, certainly had the worst publicity possible. After all, the nickname “The Accursed” speaks for itself.

As chronicles read, Sviatopolk was infamous for killing three of his brothers: Boris, Gleb, and Sviatoslav in his efforts to seize power. He succeeded for a while, grabbing the seat in Kiev, back then the most critical Slav city, in 1015-1019. Later, however, another brother, Yaroslav the Wise (who had good publicity, as you see), forced him out and Sviatopolk died in exile. 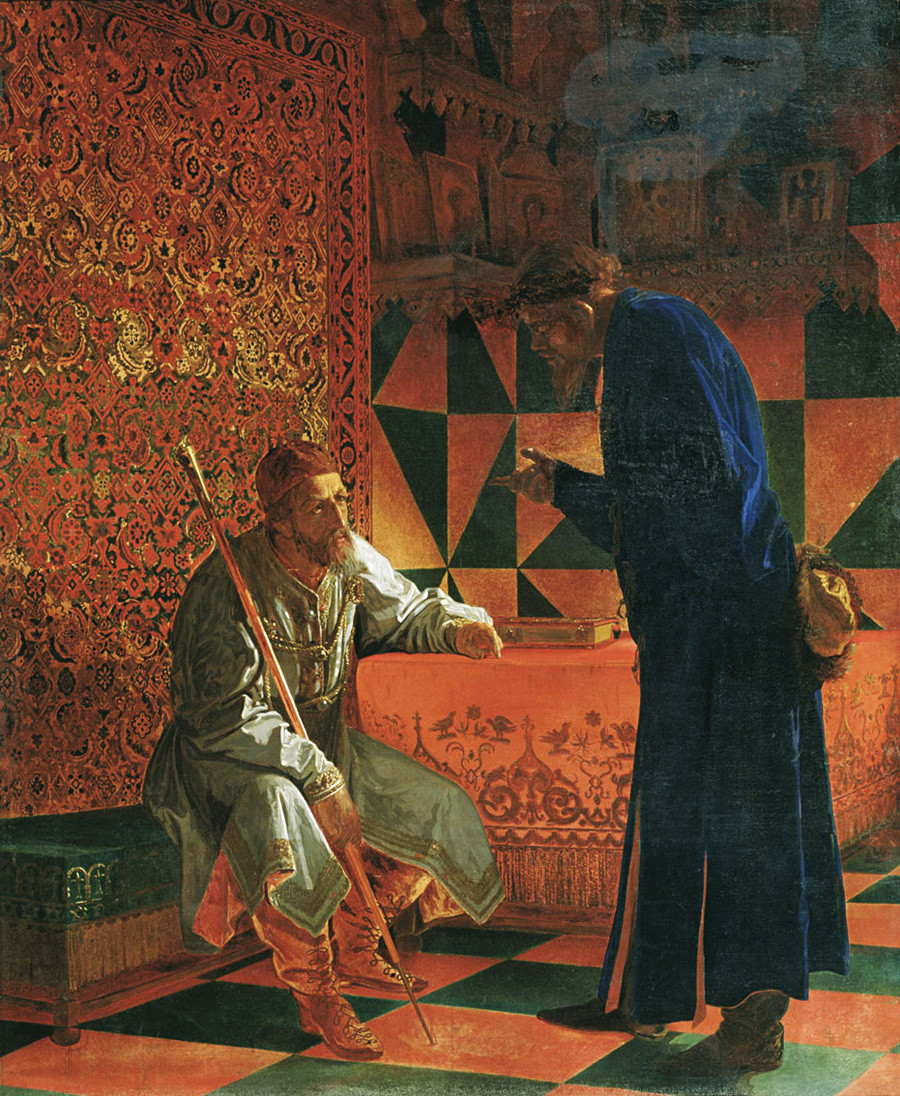 Ivan the Terrible and Malyuta Skuratov (R) by Grigory Sedov.

Ivan the Terrible’s most infamous henchman (oprichnik), Malyuta Skuratov was even more ruthless than the Tsar. Once he suffocated a priest who refused to bless Ivan’s repressive politics with a pillow – later the priest was baptized and Malyuta fell into disrepute.

Allegedly, he did things even more appalling than that – like organizing “rape trips” for the tsar. Historian Nikolay Karamzin wrote: “In July 1568… Ivan’s most devoted men, headed by Malyuta, took beautiful wives from all around Moscow and took them to the village where the tsar chose some for himself and gave some to his favorites… numerous women then died of shame and grief.”

Along with other oprichniki, Skuratov killed thousands of people. Russia’s known many violent oppressors but this man really takes the biscuit. 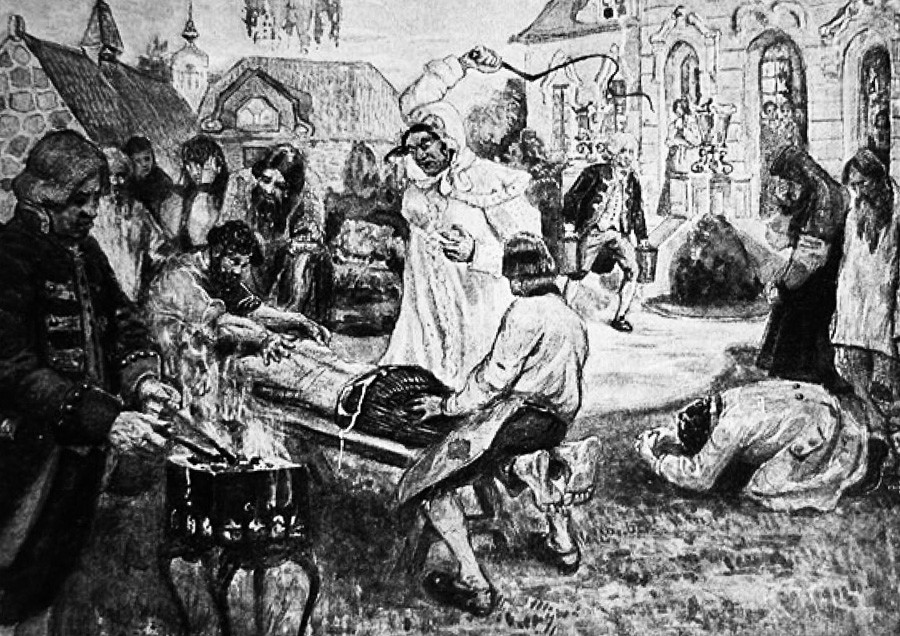 You think a woman can’t be cruel? Tell it to this noble lady named Daria Saltykova (Saltychikha is a nickname) who had a penchant for torturing and killing her serfs – just for the hell of it. As an owner of a big estate she was known for beating and executing anyone she disliked. At least 38 of her peasants died after being tortured; the rest lived their lives in horror.

Even by the standards of the 18th century that was too much: landowners were not allowed to kill their peasants. So Empress Catherine the Great, after learning of Saltykova’s sadistic pleasures, imprisoned her in 1762 (Saltychikha was only 32 back then). The horrendous aristocrat spent the rest of her life behind bars. 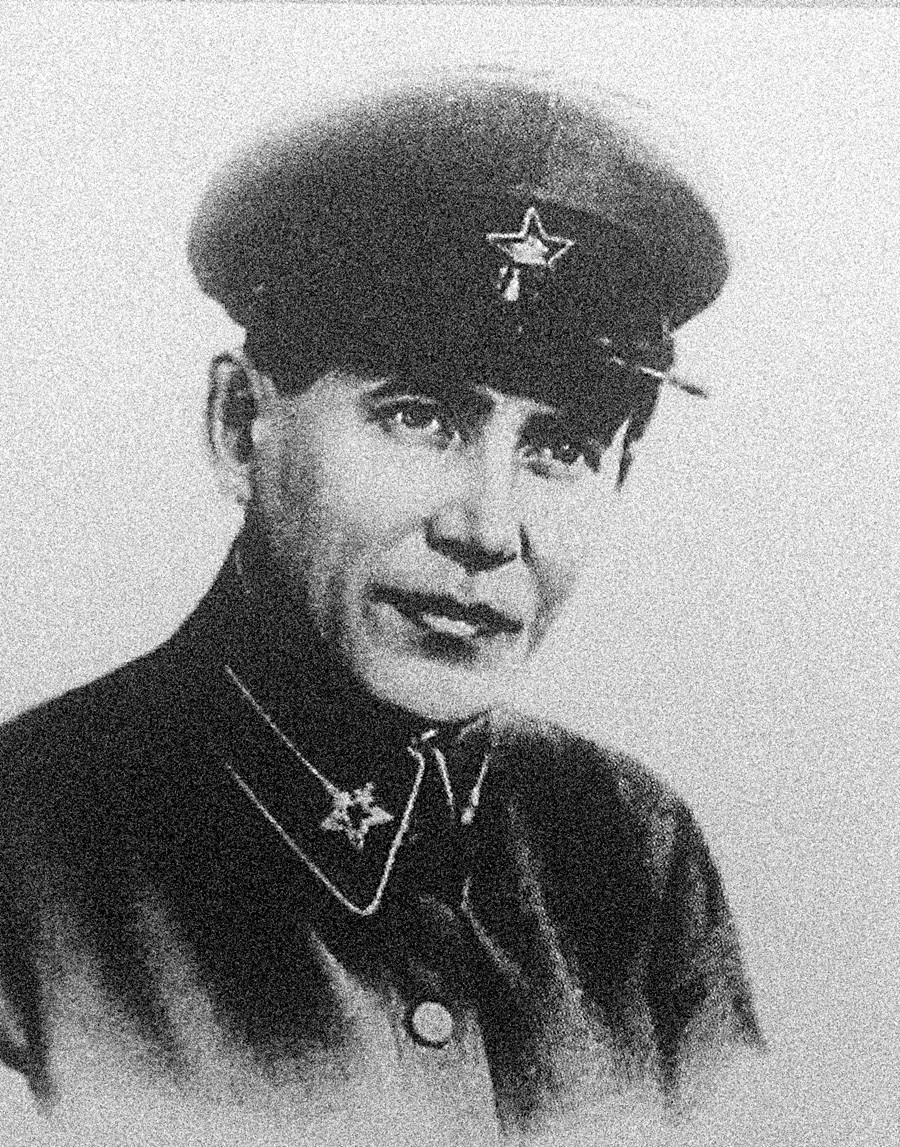 Many Russians still like Joseph Stalin even though his regime killed at least 700,000 people (a modest version) during the Great Repressions. One of his most sinister employees, Nikolai Yezhov, who headed the People's Commissariat for Internal Affairs (NKVD) from 1936 to 1938, wasn’t as lucky: his name is associated only with blood.

Reminiscent of Malyuta Skuratov, under Stalin’s command Yezhov orchestrated the Great Purge of 1937, the absolute peak of Stalin’s repressions. It was a massacre: people were shot, imprisoned, and sent to labor camps where they had to work to death. Yezhov was in charge: in fact, people later would call this time Yezhovshchina – “Yezhov’s phenomenon.”

The official press called him the “Iron Commissar” while Yezhov was later branded the “the bloody midget” (he was only around 1.5 meter tall). Extremely loyal to Stalin, Yezhov’s eventual fall from grace was sharp.  In 1938 Stalin fired him and several years Yezhov was tried and shot by those who succeeded him in the NKVD. 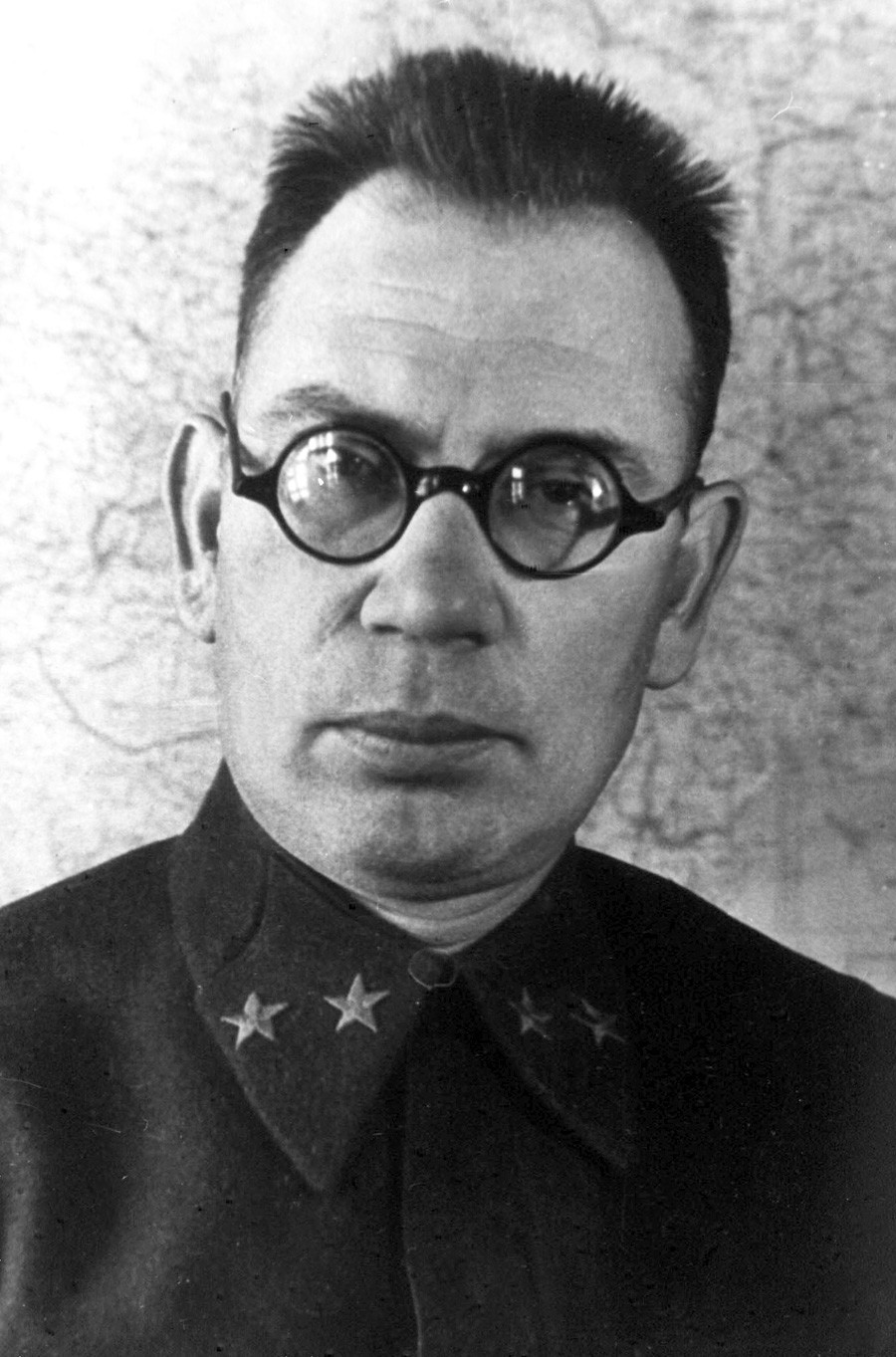 When a Soviet General changed sides during WWII to support Hitler in the name of “freeing Russia from communism,” the move wasn’t exactly welcomed by the USSR. As Director of the Russian Institute for Strategic Studies Leonid Reshetnikov says, “For Soviet people Vlasov became a symbol of treachery, the modern Judas.” This picture hasn’t changed much since.

Vlasov had a great career in the USSR: he started his service during the Civil War, was promoted to a military advisor in China, and later fought bravely in the Great Patriotic War, especially in the Battle of Moscow (1941). Nevertheless, in 1942 he was captured by the Germans.

He took an offer by the Nazis to head an army of captured Soviet soldiers who agreed to fight against their comrades. In his open letter, Vlasov explained that “Bolshevism disguises itself as the Motherland” and Russians should fight it alongside the Germans. His so-called “Russian Liberation Army” fought in battles against the Soviets but the Soviet powers eventually hanged Vlasov for treason.