3 famous Russian anarchists and their effort to smash the state 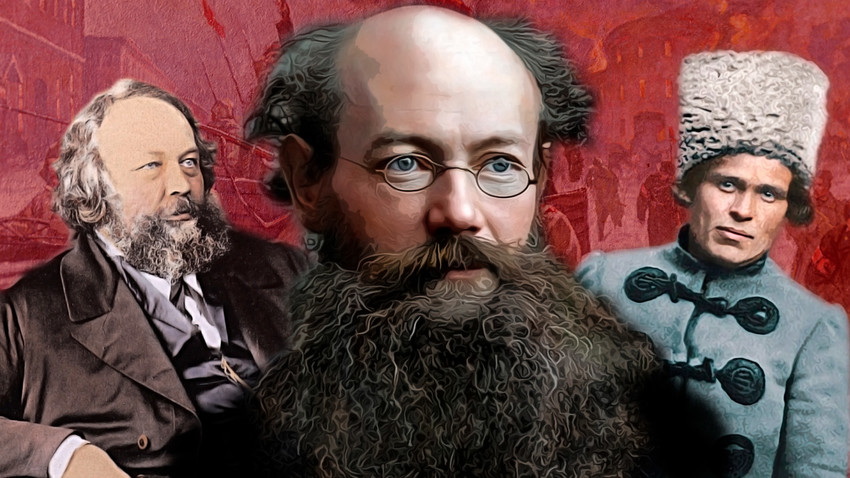 Getty Images; Sputnik; Klimbim
While these anarchists never won their struggle for the people’s freedom, they did much to change society and promote progressive ideals.

“Five of us, orphaned brothers, one smaller than the other, were left in the hands of our poor mother, who had nothing in the world. I dimly remember my early childhood, deprived of the usual child’s games and fun, marred by the horrible need and poverty our family had to endure, until the boys grew up enough to earn their living,” wrote in his memoirs Nestor Makhno, the most famous anarchist during the time of the Russian Revolution and Civil War in the early 20th century 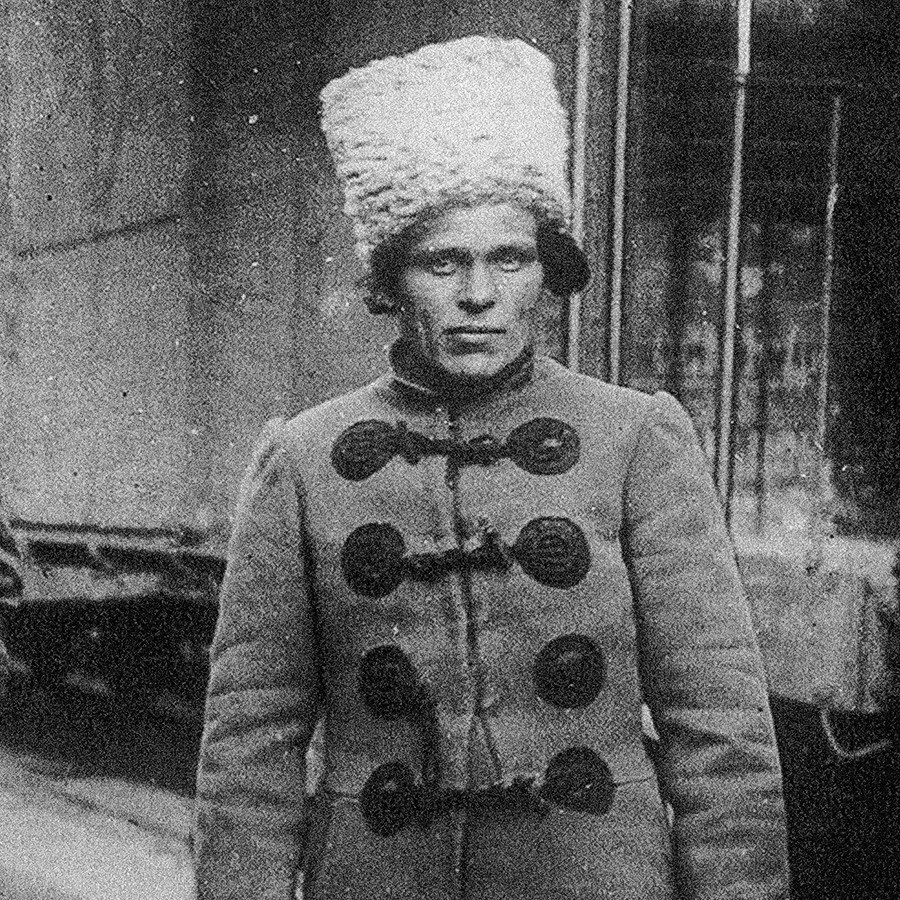 of that appalling poverty and despair arose a leader who hitched himself to the leading political forces of that time, and in doing so locked horns in a bitter struggle for power between the Reds (socialist revolutionaries) and the Whites (tsarist loyalists).

Makhno was a representative and, at times, a leader of the third force in the Russian Revolution, although he was active on the territory of contemporary Ukraine. His peasant movement was a significant factor during the last phase of the Civil War. While the victorious Bolsheviks crushed Makhno, they had to make concessions to the peasants.

Makhno wasn’t always in opposition to theBolsheviks, and in they had much in common in terms of ideology since Makhno supported anarcho-communist ideas. He made alliances with the Reds several times, creating a common front for fighting the Whites.

Makhno and tens of thousands of peasant anarchist fighters under his command contributed to the defeat of the old regime’s forces. He was also successful in fighting the Bolsheviks and is considered to be one of the best practitioners of partisan tactics. His massive regiments often disappeared after a battle, only to resurface in the place least expected and hit hard.

Makhno tried to realize his anarchist political ideals – “free Soviets” – self-governing councils that would hold all political power. Makhno’s “free Soviets,” however, could only exist if there was a lack of a strong government.    Disregarding who would win, the Reds or the Whites, a strong centralized state would emerge anyway,” argues historian Vasiliy Tsvetkov. Makhno eventually emigrated and ended his days in France in the mid-1930s.

The early life of Peter Kropotkin, who is sometimes dubbed the father of Russian anarchism, stands in stark contrast to that of Makhno. He was born into an aristocratic landowning family and held the title of prince. He served as an aide to Emperor Alexander and was recognized as an accomplished scientist and geographer. Yet, he chose a completely different path in life: the revolution 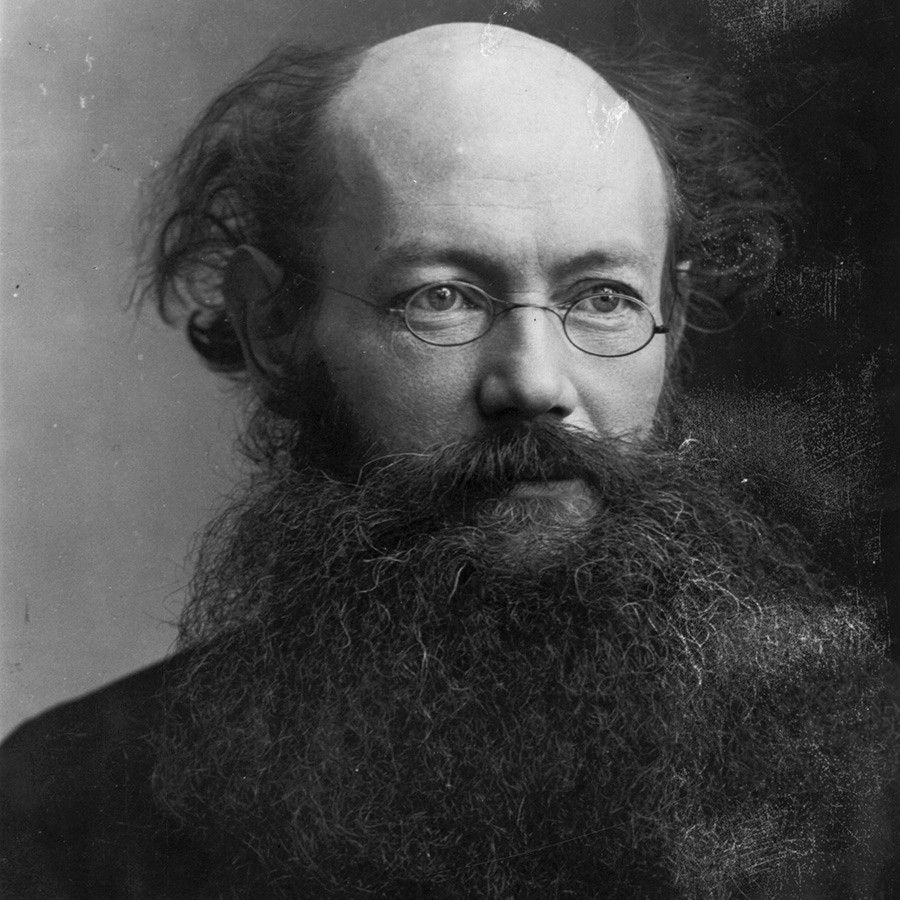 Peter Kropotkin is sometimes dubbed the father of Russian anarchism

became involved in the revolutionary activity that swept across Russia in the second part of the 19th century, and was imprisoned but managed to escape. , he lived abroad for decades and developed the tenets of his anarchist theory. In 1910, he gave the following definition of anarchism to the Encyclopedia Britannica: It is “the name given to a principle or theory of life and conduct under which society is conceived without in such a society being obtained, not by submission to law, or by obedience to any authority, but by free agreements concluded between the various groups...”

At the same time, however, he was unhappy with the Bolsheviks after the 1917 Revolution, even though they wanted to exploit his name and intellect. “I cannot reconcile myself to any government,” he used to say.

Like Peter Kropotkin, Mikhail Bakunin was another anarchist with an aristocratic pedigree. He was born in 1814 into a family of hereditary noblemen. Again, just like Kropotkin, he served in the army, as an artillery officer, but he soon became bored with it and left the army 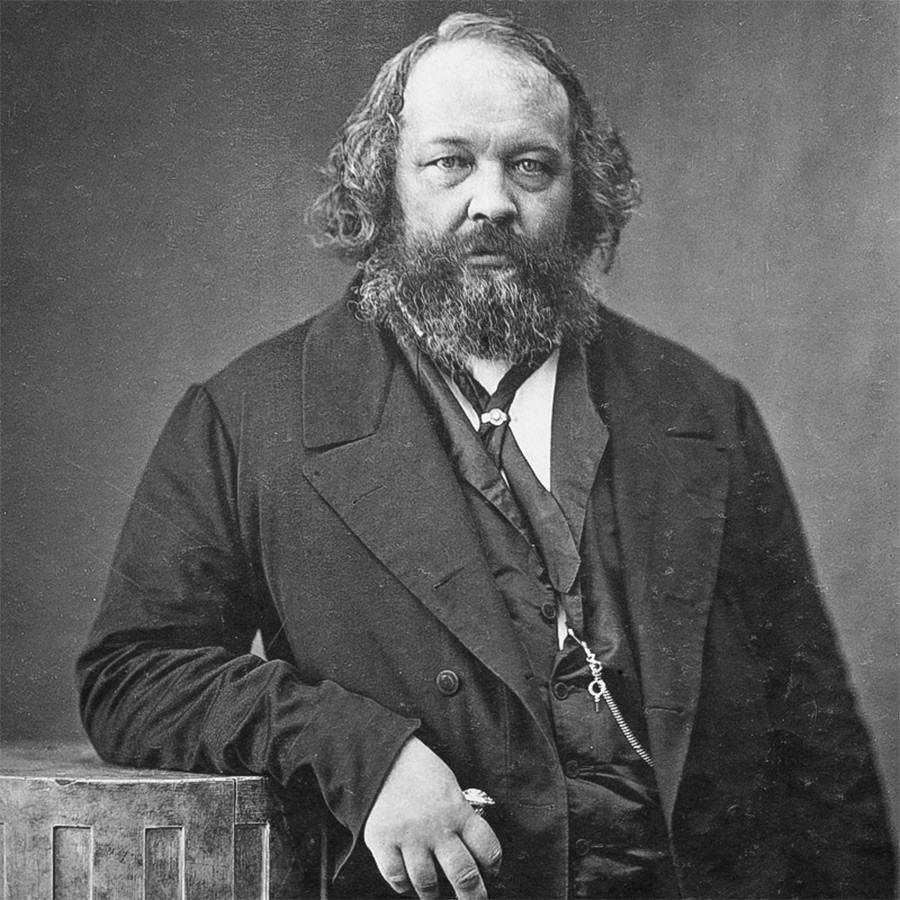 'By striving to do the impossible, man has always achieved what is possible,' Bakunin used to say

He took part in the revolutionary events of 1848-49 in Europe, participating in an uprising in Dresden. His brother-in-arms was composer Richard Wagner. “In Dresden, the battle in the streets went on for four days. … Almost all of the rebels were workers from the surrounding factories. In the Russian refugee Mikhail Bakunin they found a capable and cool-headed leader," wrote Karl Marx, describing the events. He and Bakunin vehemently argued later at the First International.

For this as well for his earlier attempts to unite the Slavic nations to fight Austrian rule in the Hapsburg Empire, he was twice condemned to the death – both in Saxony and Austria. In both cases, however, the sentence was commuted to a life imprisonment, and the revolutionary was finally extradited to Russia.

In he was imprisoned again and spent several years behind bars before being exiled to Siberia. In the Austrian prison he had been chained hand and foot, and in he lost his teeth to scurvy. In the early he left Russia for the second time to plot revolution from abroad. In 1863, he tried to facilitate the Polish uprising against  Russian rule, but it was quickly crushed. He then moved to Italy where he met Garibaldi and established the International Brotherhood, a secret organization of revolutionaries that had cells in many European countries.

In he elaborated his anarchist teaching. The thrust of his arguments was directed against the state: “If there is a State, there must be domination of one class by another and, as a result, slavery; the State without slavery is unthinkable – and this is why we are the enemies of the State.”

In this he clashed with the Marxists. He said that “when the people are being beaten with a stick, they are not much happier if it is called ‘the People's Stick’” where under the “stick” he again meant the state.

"By striving to do the impossible, man has always achieved what is possible," goes the epithet on  Bakunin’s tombstone at the cemetery in Bern.