A boy murdered in the Stalinist era still divides Russia 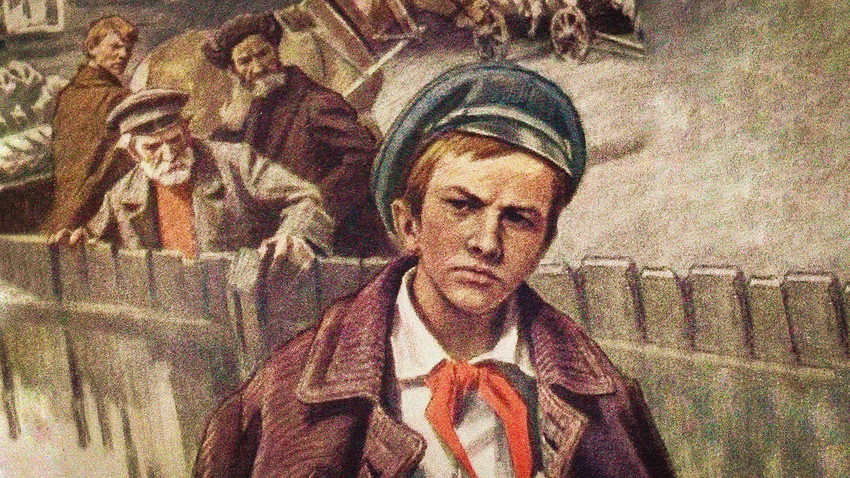 Legion Media
Russia marks 100 years since the birth of the most famous Soviet pioneer, Pavlik Morozov. The murdered 13-year-old boy who testified against his father still sharply divides public opinion.

“Pavel Morozov fought the enemy and taught others how to do it. He addressed the whole village and exposed his father!” That’s a line from a 1930’s poem by a famous Soviet poet. There was an array of other poems, songs, books, slide films, and even an opera devoted to that Soviet boy 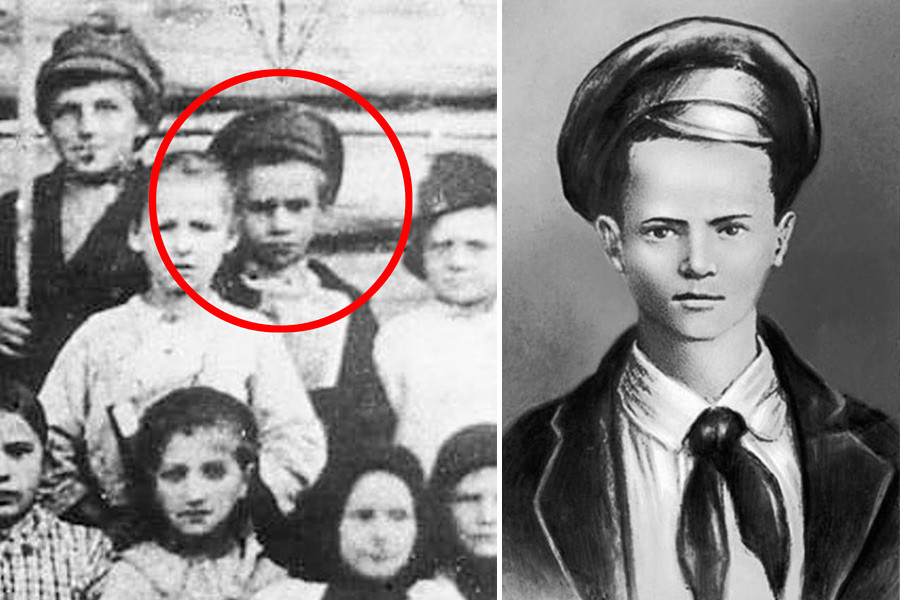 to Pavlik Morozov were erected across the USSR, and Stalin even planned to erect a statue of the boy close to the Kremlin. To honor his memory, Morozov was listed in the Soviet youth pioneer organization as Pioneer #001. His persona became a genuine cult. Why was he so important for Soviet authorities?

Example of the utmost loyalty

Pavel (diminutive – Pavlik) Morozov was a 13-year-old boy living in a remote  Siberian village who together with his younger brother, Feodor, was brutally murdered in the early 1930s. The Soviet state portrayed the murder as an act of class struggle – Pavlik, who was an enthusiastic young Communist, allegedly fell prey to the richer, anti-Soviet stratum of the village, the kulaks. This was the era of a major reform of Soviet when a new system of collective farms was imposed on the peasants, and it caused widespread dissatisfaction, especially among the well-to-do peasantry. Pavel’s story was instrumental for the authorities as an example of the utmost loyalty and sacrifice to the state and communist ideology 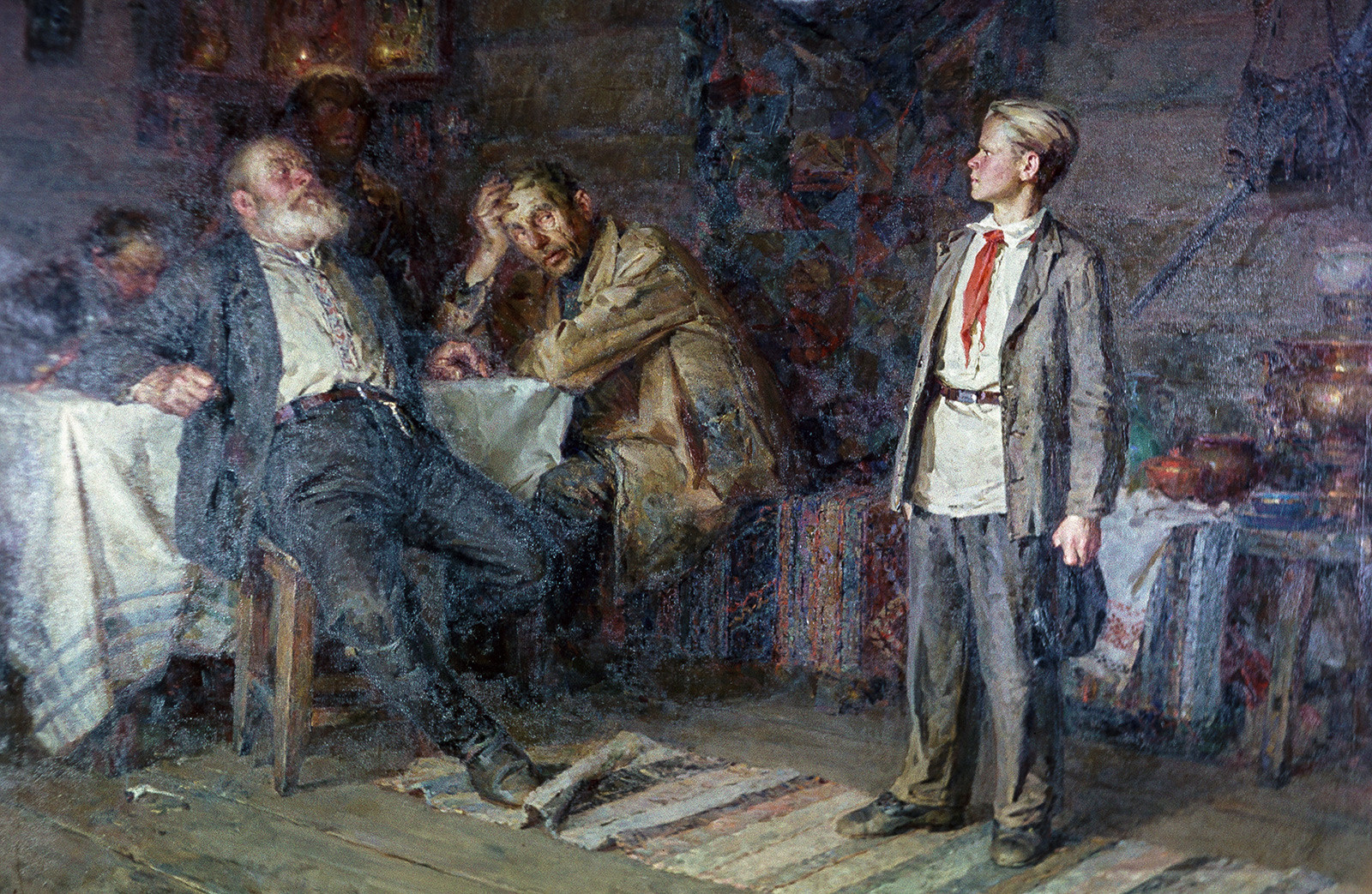 the official Pavlik openly challenged his father and grandfather who hid their wheat from the state at a time when control over the wheat supply was crucial for Soviet Russia. The boy testified in court and filed a complaint against his father. The latter was found guilty on corruption charges and sent to prison. In an act of vengeance, the kulaks from his own family and their sympathizers decided to kill the young communist. The plan was executed by Pavel’s grandfather and his cousin, who stabbed the boy to death in a nearby forest. Later, the two perpetrators were condemned to death, while their accomplices received prison sentences.

This official version of events existed unchallenged for decades until Gorbachev’s perestroika in the late 1980s. Then the hero suddenly was turned into a traitor. Yuri Druzhnikov, a dissident writer who left the Soviet Union, published a book that was tellingly titled, Informer 001 or The Rise of Pavlik Morozov. The boy was portrayed negatively – as a traitor of his closest relatives. He allegedly liked “playing dirty tricks on others,” including his own family. In Druzhnikov’s words, Pavel was not a pioneer. Moreover, the murder was a provocation organized by the state security service, which was eager to make a political case out of the boy’s death 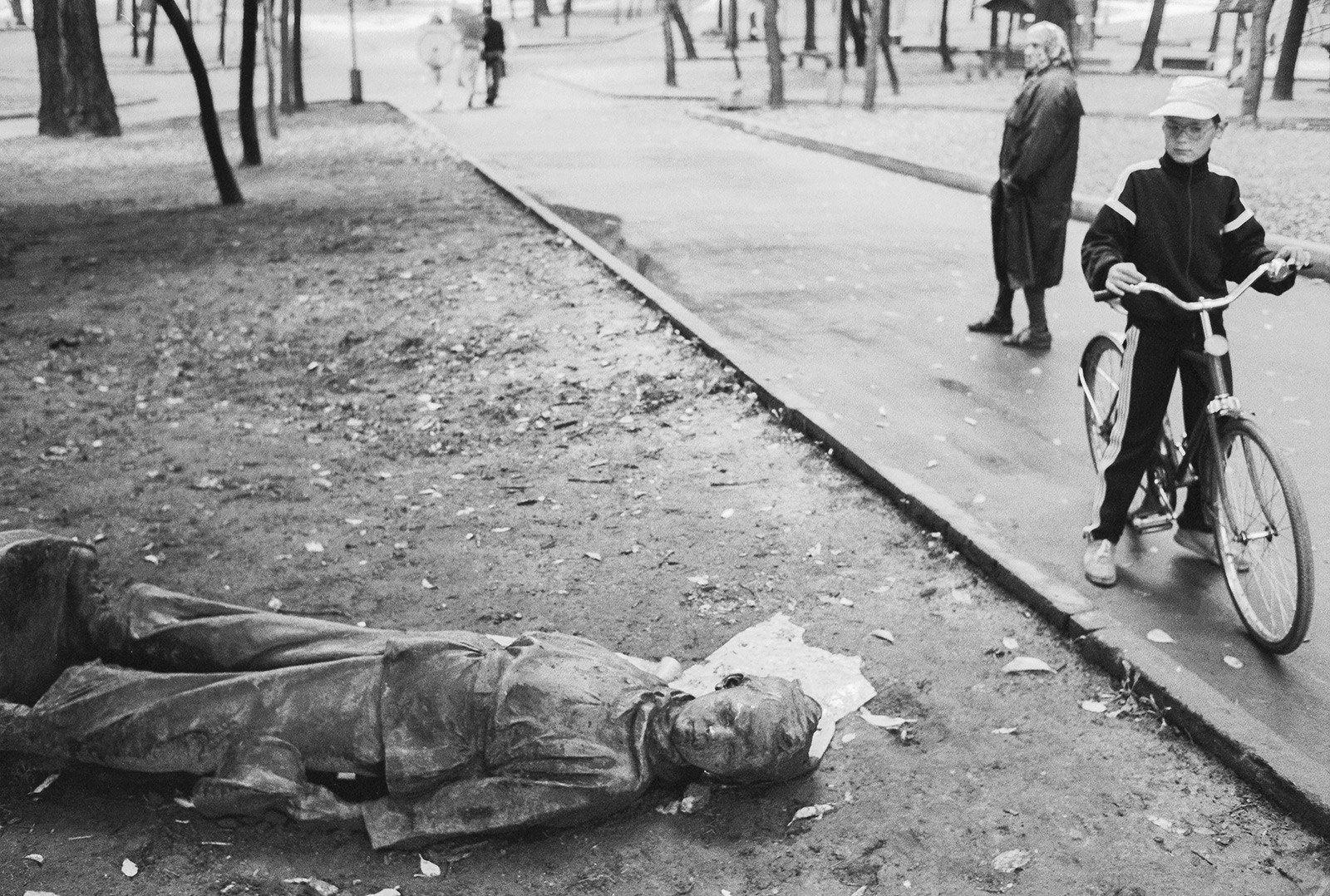 claims were later criticized, but at the time they were eagerly hyped by Soviet media, which had recently been freed by Gorbachev’s policy of glasnost and were hungry for sensational material. This trend is still salient in media.

New songs about the boy appeared, such as one by the famous rock group, Krematoriy. Pavel was no longer a hero but now a sort of a demon - an eternal evil spirit that travels Russia from one epoch to another. Shortly after, some of Morozov’s monuments were demolished.

The sudden turn towards demonization shocked many Soviet people, especially those who knew Pavel. They were still alive at that time.  An open letter by Pavel’s first teacher, Larisa Isakova, was published in a newspaper. She wrote about Pavel’s father who she blamed for corruption (he was a local council chairman), and who “abused alcohol and beat his wife. 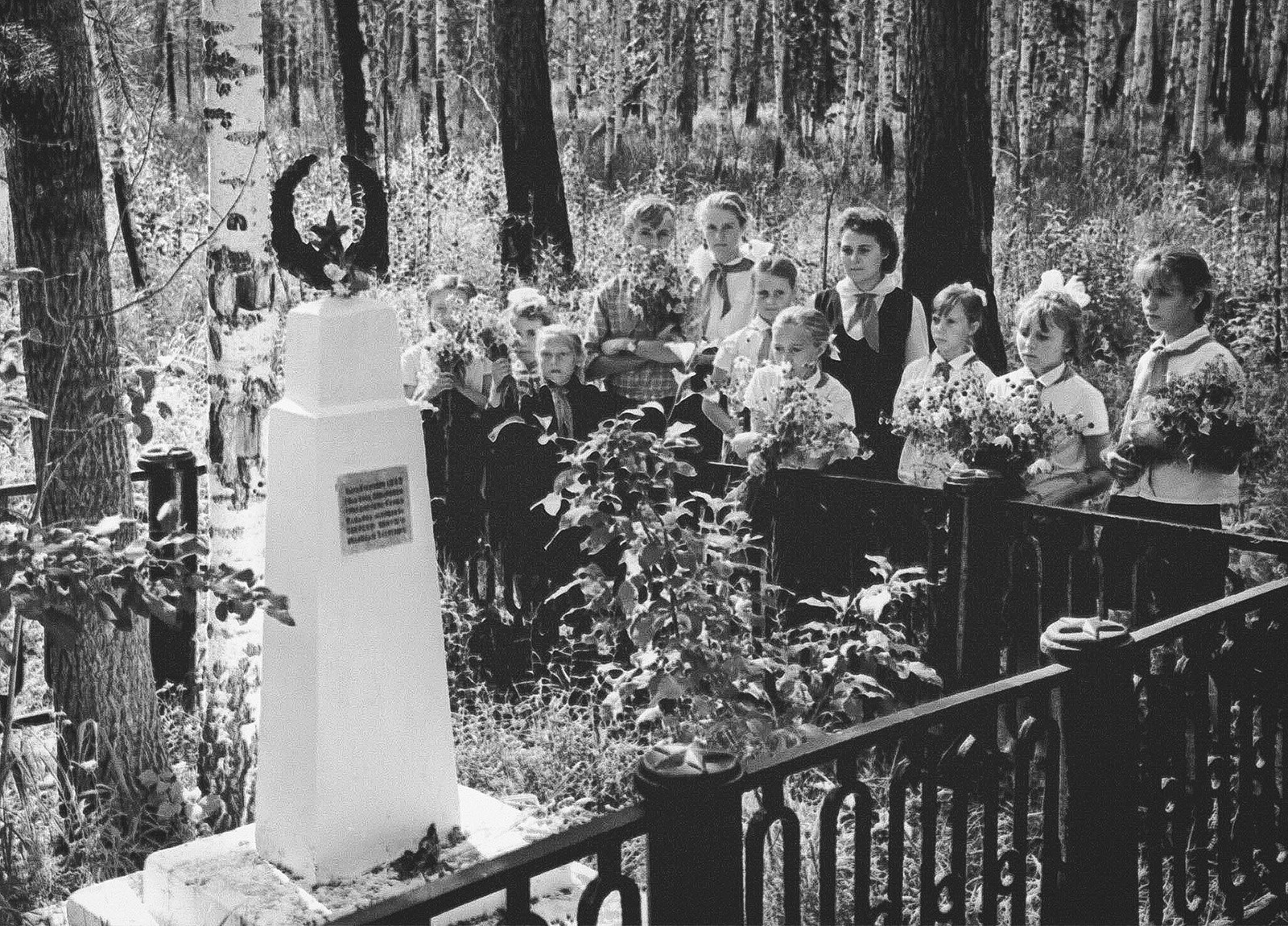 We accepted the Revolution, the ideas of Ilyich [Lenin] wholeheartedly. We dreamt about equality, brotherhood Communism, and Pavlik was the same,” she wrote, describing their beliefs in the 1930s. She said that together they were fighting the kulaks. “Many [of the kulaks] were prosecuted wrongly, but many were brutal exploiters. They did not allow poor peasants to enter collective farms because they did not want to lose cheap labor,” recalled the woman. “Why was my student declared a traitor and how did he become a target of  posthumous repression?” (link in Russian).

No rehabilitation for Pavel’s murderers

As it turned out, the official story was wrong regarding one moment: Pavel did not snitch on his father and did not file a complaint. He most probably testified at court supporting his mother’s testimony. At the same time there seem to be no grounds to doubt his communist convictions.

What was the primary motive for Pavel's murder – personal hatred on the part of his relatives, or Pavel’s political activism in the village? That question can’t be answered for sure. However, when Russia’s General prosecutor’s office got the request to rehabilitate those convicted for Pavel’s murder 20 years ago, it refused to do so. The verdict was upheld by the High Court, thus confirming the official Soviet version. At the same time if one takes a look at the contemporary Russian press it will not be easy to find any definite opinion about the boy's case. There are still only questions.

Read here about the controversy surrounding the issue of the number of the Stalinist terror's victims.