3 women executed in the USSR after WWII 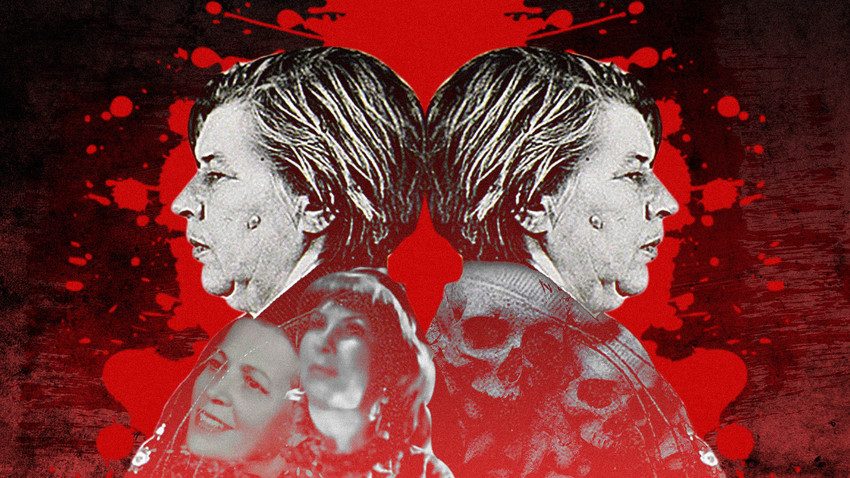 Public domain, screenshot from "Soviet Mafia. Iron Bella"/TVC, screenshot from "Investigation with L. Kanevsky"/NTV
One of them shot over 1,500 compatriots, another spearheaded a retail fraud involving top officials, and the third one poisoned over a dozen people simply because she didn’t like them.

Of 35 women executed in the USSR between 1919 and 1991, 32 were sentenced merely for their beliefs, faith, ancestry, or relations to repressed people, while there’s no excuse for crimes committed by these three... 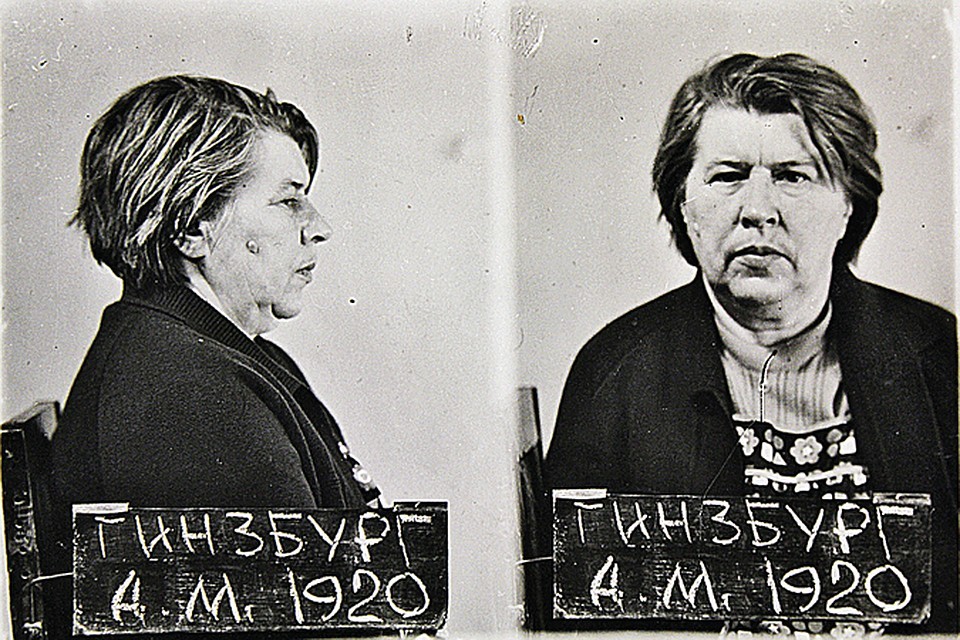 30 long years, the search continued for the ruthless Russian woman who executed thousands of her compatriots as a Nazi collaborator.

Antonina Parfenova, who was 21 at the start of WWII, volunteered for the front and worked as a nurse. In the Lokot' Autonomy, a Nazi-controlled territory in Russia, she swore her allegiance to the Nazis, she said, because she was afraid and saw that collaborationists lived a better life. Kaminski, the head of Lokot' Autonomy, gave her a machine gun and put her to work executing Russians: the captured, partisans, and members of their families. The Nazis didn’t want to do this work themselves, but Antonina could.

Antonina executed about 1,500 people by machine gun shootings. She also wore the dead people’s clothes. Usually, the night before each execution, she entered the cell to choose the outfits she’d take from the dead the next day. For recreation, Antonina worked as a prostitute for Nazi officers. She contracted syphilis and in 1943 was sent to a German hospital.

While she was there, the Red Army took Lokot' Autonomy back. Antonina wandered Europe and ended up in a camp in Konigsberg. When the Soviets took it, Antonina forged documents and made it look like she worked in a Russian battalion. She was admitted back to the army. In Konigsberg hospital, she befriended Soviet sergeant Viktor Ginzburg. In just a few days, they were married and Antonina took his last name. Viktor was alone, the Nazis and their collaborationist executors had killed his entire family.

The survivors of the Lokot' shootings reported that the executor may have still been alive, and the Soviet secret services launched a  search for the killer. For 30 years, they couldn’t find Antonina, who had, of course, changed her last name. When she was finally located in Belorussia, she was living the life of a WWII veteran and even had awards – in fact, she was revered. Her husband didn’t know or suspect anything about her former life.

Some of the survivors identified Antonina. When apprehended, she behaved very calmly. She said she had waited to be arrested every day for the first ten years, but eventually calmed down.  Her husband was very angry with the arrest, he even threatened to write to Leonid Brezhnev. But when the KGB officers told him who his wife really was, Viktor took their two daughters and fled in an unknown direction. In 1978, Makarova was condemned to death and executed in 1979 – ironically, this was the Year of The Woman in the USSR.  No other woman has killed more than Makarova. 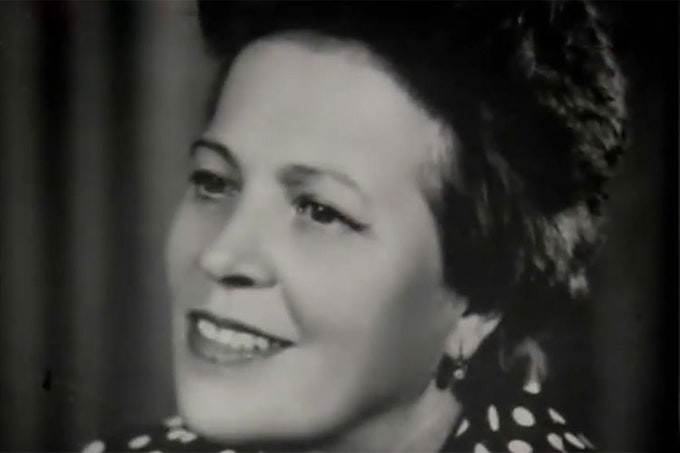 How could working in a kitchen lead to an execution? In the Soviet Union, everything was possible. At 57, Berta Borodkina, an Honoured Worker of the Food Industry of the Soviet Union, was astonished to receive the highest measure.

She started her career as a waitress in 1951 at the age of 34. Twenty-three years later, bribing the administration workers in the southern Russian town of Gelendzhik, Berta became the head of all restaurants and canteens in the Black Sea region – the main resort region of all Soviet Union. She was the head of a vast corrupt formation built on bribes. Money was made from everything: diluting sour cream with water, diluting cognac with tea, diluting minced meat with minced bread… Little by little it brought thousands of roubles. When high-standing officials visited the resorts and sanatoriums, “Iron Bella,”, as she was nicknamed among her peers, did everything to make their stay as enjoyable as possible.

When the police searched her house, they found gold, money, and jewelry in vast quantities. Her trial became a starting point for the so-called “Sochi-Krasnodar case” linked to enormous corruption in the region, that ended with the toppling of Sergey Medunov, the Party’s foremost official who sat on top of the bribe pyramid. Borodkin was sentenced to death, Soviet journalists say, mainly because she knew too much and knew too many people – she could have brought down many Party officials. 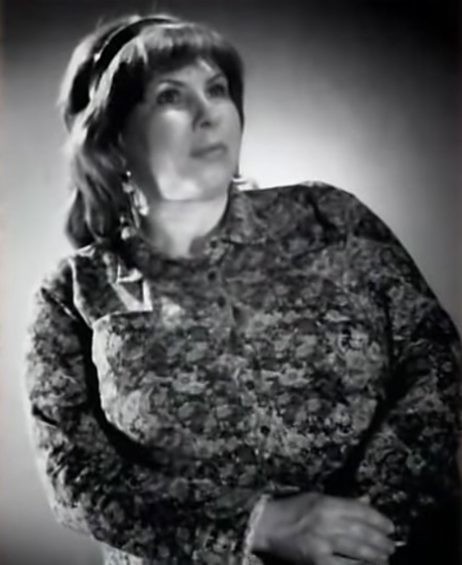 In March 1987, several schoolchildren from Kiev were hospitalized with food poisoning. Four of them died while those who survived suffered hair loss. All the poisoned had eaten in the school canteen. After Tamara Ivanyutina’s (the school’s dishwasher) apartment was searched, a jug with Clerici solution was found. This odorless solution, based on the toxic metal thallium, is used in geology, but it’s also a potent poison. Ivanyutina confessed that it was her who poisoned the children “because they refused her orders to arrange chairs in the canteen hall.” But it was only the beginning.

The investigation showed that Ivanyutina, as well as her sister and parents,  used thallium to poison people they didn’t like. Ivanyutina procured the poison from her friend who worked in a geological institute.

During her childhood, Tamara was taught that only material things measure the success of a person. She poisoned her first husband and inherited his Kiev apartment, then she poisoned her second husband’s parents. Ivanyutina’s sister also poisoned her husband. And their elderly parents used thallium to get rid of their flatmate (he turned the TV up too loud) and a relative. In total, the family committed over 40 poisonings with 13 deaths.

At the trial, Ivanyutina refused to confess. Psychiatrists declared her sane and responsible for her actions. She was sentenced to death and executed. Her parents died in prison; the fate of her sister after the detention is unknown. Tamara refused to repent in her murders, “My upbringing doesn’t allow me to,” she said.