How ‘Russian Schindlers’ rescued Jews during the Holocaust 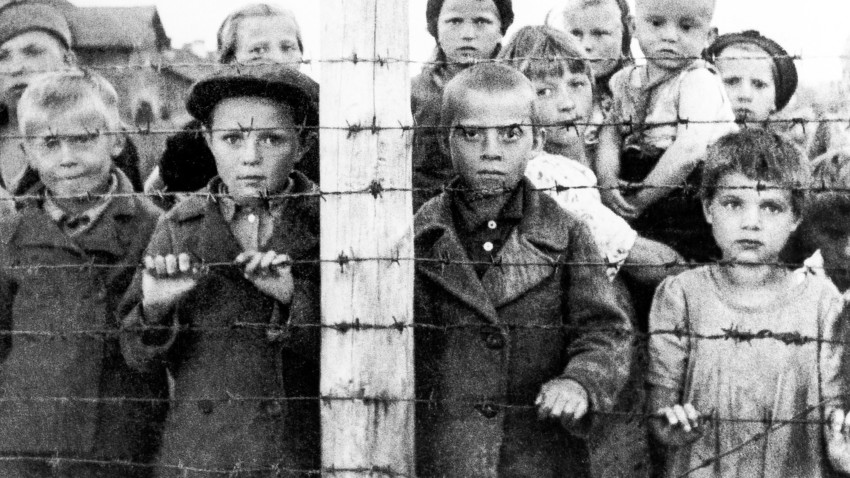 Galina Sanjko/ТАSS
These three Russians were posthumously proclaimed by Israel as “Righteous Among the Nations.” This honorific title is given to people who glorified themselves by saving Jews during WWII.

Elizaveta (Maria) Skobtsova lived a hard yet extraordinary life. A multifaceted person, she was a writer, poet, politician publicist.

Despite the fact that Skobtsova hadn’t welcomed the Bolshevik Revolution, she agreed to occupy the post of deputy mayor in the Southern Russian city of Anapa. That way, Elizaveta considered, she could protect the common people from the communist oppression. After she left the post, she led a clandestine fight against Bolshevik rule.

Not seeing any perspectives in her own country, Elizaveta emigrated to Paris in 1924. There she entered the path of serving and adopted the name of Maria. In the French she was caught up in the horrors of the Holocaust.

During the Nazi occupation of France, Maria opened a house in Paris for and those who needed any help. She hid Jews there and issued them baptismal certificates, which sometimes helped save their lives. One day Mother Maria saved four Auschwitz-bound Jewish kids by hiding them in trash containers.

In 1943, Maria Skobtsova was arrested and sent to Ravensbruck concentration camp. There she continued to help, support and talk to people despite their political opinions and religious beliefs.

“These discussions were a way out of our hell. They helped us to restore lost mental and lighted a flame of thoughts, which was barely under of that horror,” prisoner Jacqueline  recalled.

Maria Skobtsova was executed in a gas chamber in 1945, just a week before the concentration camp was liberated by Soviet troops.

In 1985, Mother Maria was honored with the honorific “Righteous Among the Nations.” 19 years later she was canonized as a saint by the Ecumenical Patriarchate of Constantinople.

Nikolay Kiselev was given little time to fight as a regular soldier during WWII. During the first months of the war, his division was encircled, and he himself became a POW. However, Kiselev managed to flee and join a partisan unit known as “Avenger,” which had been operating in Belarus.

In summer 1942, Nikolay received an impossible order - to lead a group of 270 Jews, mostly women, children and old men almost 1500 km eastwards to the Soviet lines. That was all that was left from the pre-war 5,000 Jewish population of the local Dolginovo village.

Approaching the front lines, the path became more dangerous. One three-year-old girl Bertha was crying all the time, and this risked attracting enemy attention. The girl’s parents were so desperate that they were going to drown her to save the whole group. Bertha was saved by Nikolay, who took her in his arms and calmed her down.

In October 1942, after a three-month march, the group of half-dead exhausted people reached the Soviet troops. Of the 270 people who left the forests near Dolginovo in August, 218 were saved by Nikolay Kiselev.

Kiselev saw the end of the war and died in 1974. 31 years later he was proclaimed as Righteous Among the Nations. What’s more, over 3000 of those 270 Jews continue to his memory and call him “Our Moses.”

‘Whoever saves one life saves the entire world’

In 1942, 15-year-old Fyodor Mikhailichenko from Rostov-on-Don was sent to Germany as a forced laborer. There, however, he began to spread anti-Nazi and was sent to Buchenwald concentration camp.

Two years later, a seven-year-old Jewish boy from Poland appeared at Buchenwald. Absolutely defenseless, Yurchik was condemned to die soon, if not for Fyodor.

Fyodor Mikhailichenko took Yurchik under his wing: protected, stole potatoes from the kitchen to feed the boy, and made him clothes from the robes of dead prisoners to keep him from the cold.

Unfortunately, after the liberation of the camp, the paths of the two friends diverged: Fyodor returned to Rostov-on-Don, while Yurchik was sent to Mandatory Palestine.

The saved Jewish boy, who later became the Ashkenazi Chief Rabbi of Israel and Chief Rabbi of Tel Aviv, never forgot his savior and spent his life trying to find him. Yisrael Meir Lau (the self-same Yurchik) traced Fyodor just several years after he died in 1993.

In 2009, Fyodor Mikhailichenko was honored as Righteous Among the Nations. Lau attended the ceremony and said to Fyodor’s two daughters: “Now his name belongs not only to but to the whole of mankind.”