History
Yekaterina Sinelschikova
Getty Images
Is it possible to fall asleep during a plane hijacking, and can it be done by children of high-ranking politicians? Check out these true stories.

Even in the very worst plane-hijacking movie, the bad guy would not have done what 41-year-old Pavel Shapovalov did on Tuesday, January 22. On board a flight from the Siberian city of Surgut to Moscow, he demanded that the plane be diverted to Afghanistan, and then, gazing out of the window for a long while, nodded off…

The failed hijacking of Aeroflot flight 1515 promptly hit the headlines. It all seems rather bizarre. Shapovalov, a native of Surgut, was apparently no different from his fellow passengers on board the plane, sitting quietly in his seat for the first 30 minutes after takeoff. But then he suddenly got up and told the crew that he was armed and wanted the plane rerouted to Afghanistan. He did not appear to be under the influence of alcohol or drugs, so they took him at face value. And when informed that the plane would have to make a refueling stop in the nearest city of Khanta-Mansiysk for the onward flight to Afghanistan, he believed it. 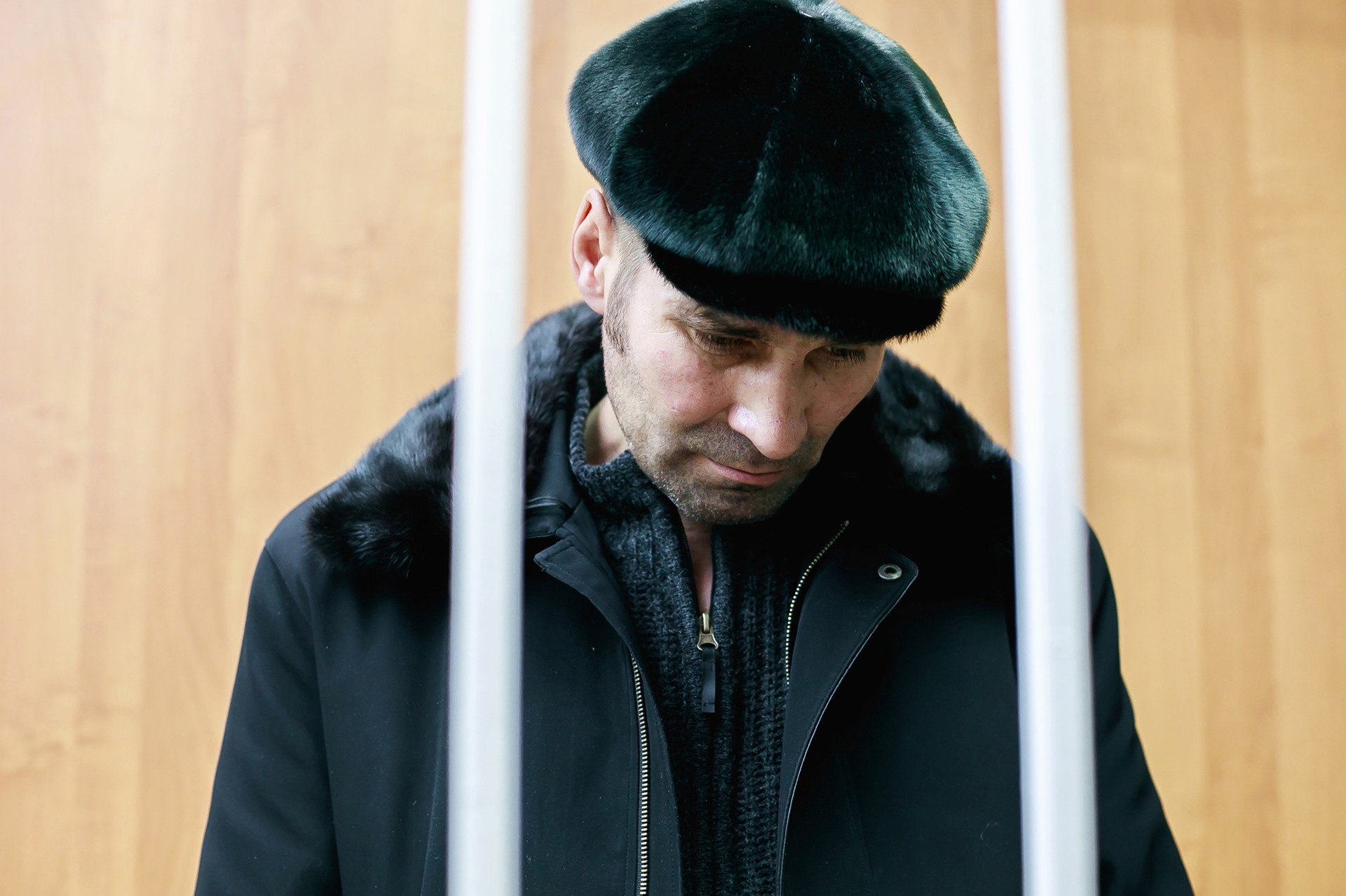 All the while, none of his fellow passengers suspected that a hijacking was in progress. Word got round only when security forces broke into the cabin. But by that time, Shapovalov was fast asleep. No weapons or explosives were found on him.

During the interrogation that followed, he was at a loss to explain why he had tried to hijack a plane to Afghanistan. “I didn’t have any reason to go there, to be honest,” he said, adding enigmatically: “Everything’s not as simple as it seems at the first attempt.” Quite what he meant by that isn’t yet clear. Whatever the case, his muddling is small fry compared to the following truly dramatic stories.

In 1982, a group of student artists and actors, all aged 20-25, hijacked a plane and caused carnage on board. The scandal was heightened by the fact that the terrorists were the children of the most influential families of Georgia (the former Soviet republic). They included Soso Tsereteli, son of the famous scientist Konstantin Tsereteli, and Tamara Patiashvili, daughter of the Secretary of the Georgian Central Committee.

The group, known as “Golden Youth,” had planned an escape from the Soviet Union under the guise of a honeymoon trip. Stage one involved Soso and Tamara getting married and inviting all the political elite of Georgia and airport staff to their wedding, after which everyone assumed they would fly straight from Tbilisi to Leningrad (now St. Petersburg) on honeymoon. They took with them a few friends who were in on the plan. Using their privileged status, the young group boarded the plane via the Deputies’ Hall (i.e. no security checks), carrying weapons inside their bags—Tamara alone had three antitank grenades in her purse.

The plane, with 57 passengers and seven crew members on board, climbed into the sky. One of the group sensed that a security officer was among the passengers and promptly attacked him, smashing a champagne bottle over his head. That was the starting pistol for the hijack. Two others grabbed a stewardess and, using her as cover, broke into the cockpit. They ordered the plane to fly to Turkey and got the standard answer: “We need a refueling stop.” The flight mechanic got several bullets in the chest as a consequence. At that moment, the navigator pulled out a gun and opened fire on the hijackers, pushing the pilot out of the cockpit and closing the door. One stewardess was shot dead as the plane landed. Seeing that they were back at Tbilisi Airport, one of the attackers shot himself in the head. The others took drugs and threatened to kill a passenger every hour until an air corridor abroad was opened.

The parents of the hijackers refused to take part in the negotiations with their children. In the end, the group went on an armed rampage that lasted four blood-soaked minutes. At the ensuing trial, all but Tamara were sentenced to death by firing squad. The latter received 14 years in prison. When asked why it had been necessary to hijack a plane (as the children of officials, they could have easily traveled to Turkey as tourists), she replied: “If we had fled abroad that way, we would have been received as ordinary immigrants. What use would our parents’ surnames, influence, and money be abroad?” They also recalled another hijacking incident 12 years previously when Pranas Brazinskas and his son seized a plane and killed a flight attendant during an escape attempt from the USSR. “They were delivered from Turkey to the US and given asylum as prisoners of conscience. Why are we any worse?” 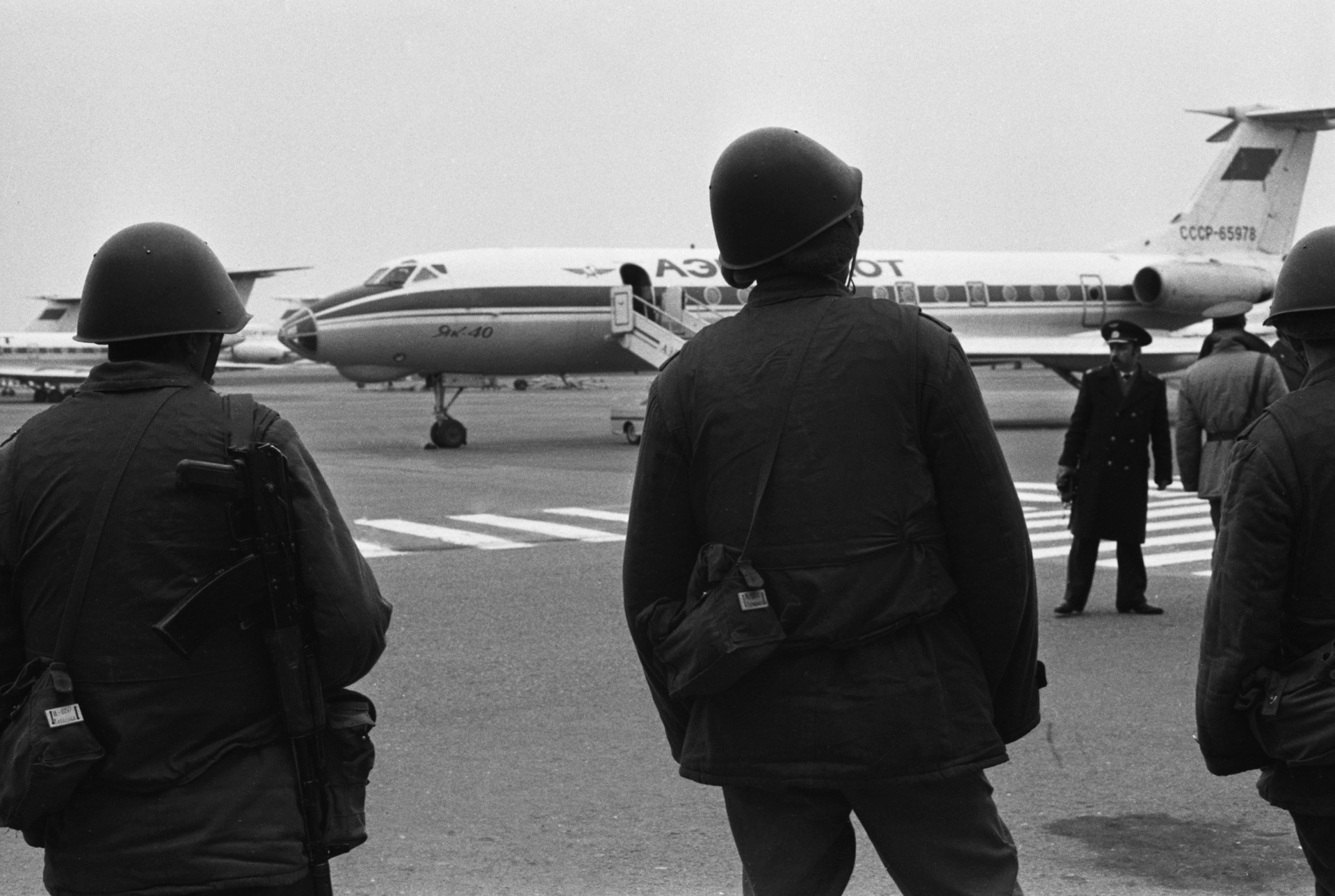 Another incident occurred in 1973, when four Moscow students at technical college decided to hijack and hold a plane ransom. The oldest of them was 20, the youngest just 16. The plane took off from Moscow and headed for Bryansk, but 10 minutes before landing the four guys stood up, took out from the luggage compartment two hunting rifles, a sawn-off shotgun, and several knives, and broke into the cockpit.

The onslaught ended with the flight mechanic being shot in the stomach. Together with a distress signal, the hijackers’ demands were relayed to ground control: a ransom of $1.5 million (later increased to $5 million) for the release of the hostages. The plane was turned back to Moscow, but thick fog prevented landing. However, fuel was running low, so the plane was guided down by the traffic controller in near-zero visibility. A task force was already in place at Vnukovo Airport, which carried out the first ever storming of an airplane seized by terrorists. The commandos crept up to the chassis, unnoticed. A few hours later the terrorists were informed that the money was ready. The suitcase (a dummy) was due to be conveyed by a KGB officer, but he refused at the last minute, so the bait was delivered by a police officer dressed as an airport worker. As he approached, one of the terrorists opened the door and started shooting at him. Immediately, an armored personnel carrier rolled up and machine-gunned the liner, puncturing the fuselage 90 times (miraculously, no passenger was killed). Then tear gas was thrown into the cabin, but the canister got stuck between the seats and the upholstery caught fire. 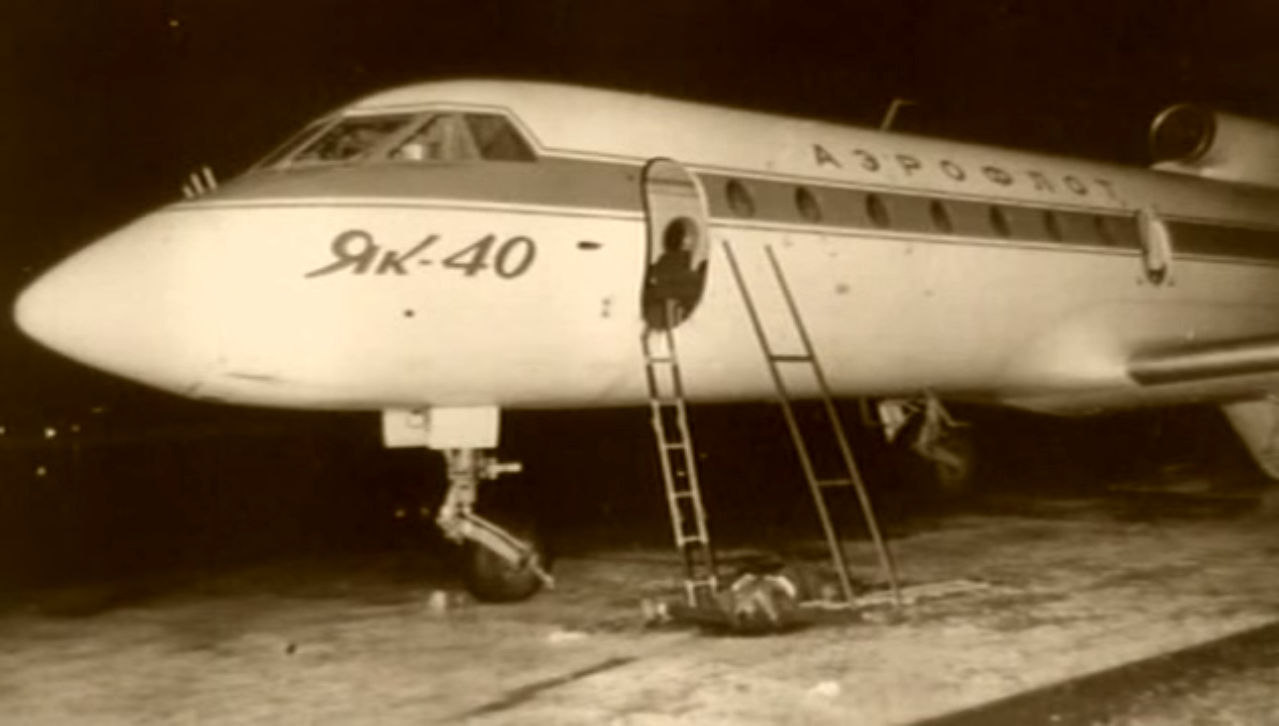 The Ministry of Internal Affairs of the Russian Federation

“I was in another dimension. I tried to breathe through a towel, that seemed to make it easier,” recalled the crew captain, Ivan Kashin. “I looked out the window, some sort of TV camera was staring at me. The traffic controller asked if everything was OK. No, I said, there’s a gunfight.” He looked back and saw a man covered in blood. It was the gang leader who had shot himself on realizing that it was all over. Another member of the group died of his injuries, a third surrendered. “The last of the hijackers thought about jumping two meters to the ground, but it seemed a bit high, so he made a dash for the stairway. At that point, the passengers pounced on him.”