10 FAQs: How easy is it to travel around Russia with just a credit card?

Travel
Yekaterina Sinelschikova
Getty Images
If you don’t like carrying cash, a trip to Russia won't be easy for you. Russians do use credit cards but they still live according to the rule: ‘Cash first.’

Regarding major Russian cities, yes: you will come across cashless payment almost everywhere, providing you’re in Moscow, St. Petersburg, or, for example, Yekaterinburg. But the same cannot be said about small provincial towns, not to mention villages– there you will definitely need cash.

You are very unlikely to find yourself in a situation where payment by card takes precedence over cash. Cash comes first always and everywhere.

2. What payment systems operate in Russia? 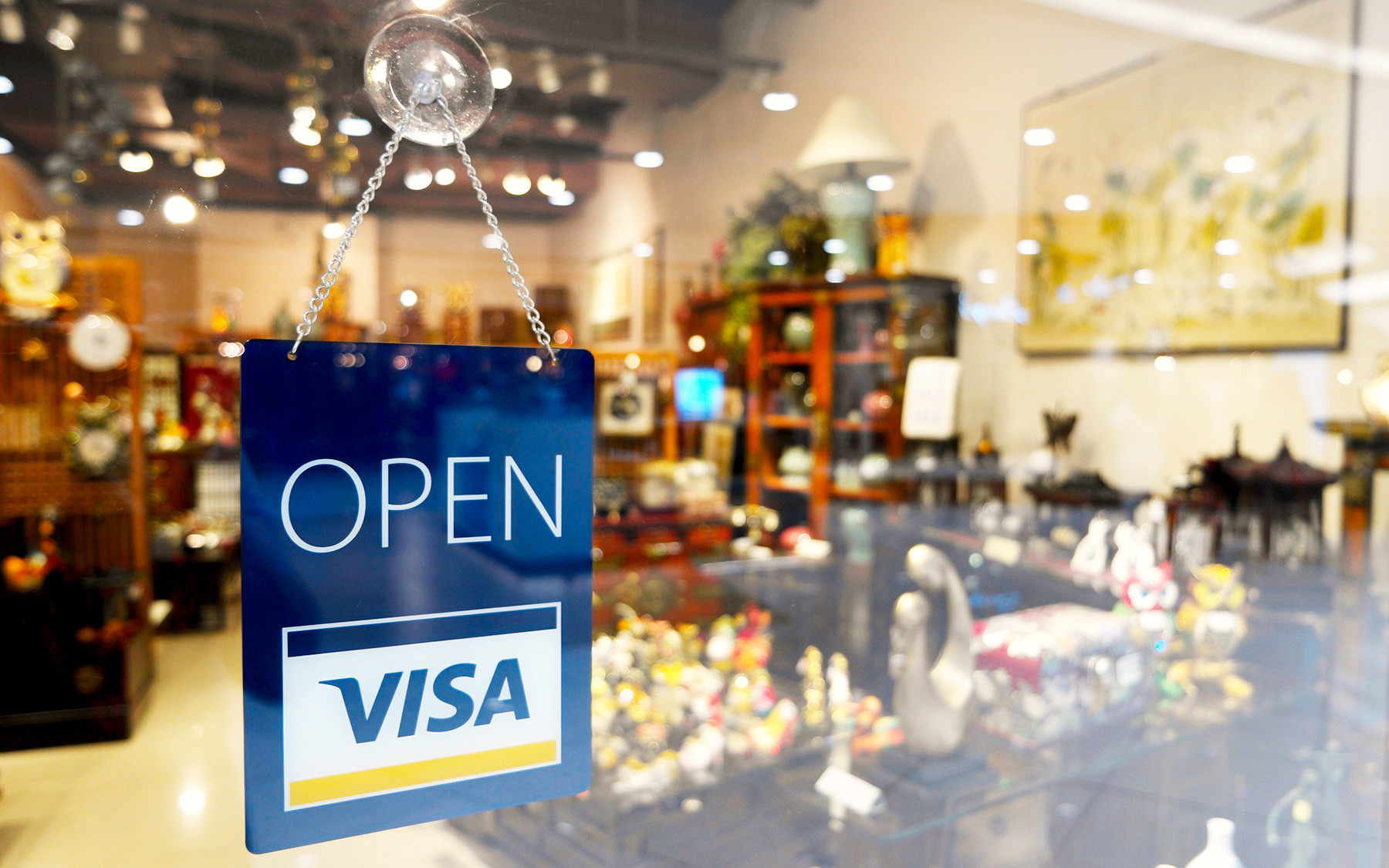 MasterCard, Visa, Maestro, Amex, and UnionPay are accepted everywhere in Russia, but things might not be that simple with Diners Card, Discover, American Express, or the Chinese WeChat Pay.

You either won't be able to pay with some of them at all or you’ll only be able to do so only in certain places. Owing to the large number of Chinese tourists, department stores TsUM and GUM support WeChat Pay but outside them the system will be of practically no use at all.

It’s better to find out in advance whether your card is accepted on Russian territory. And, if necessary, get a co-badged card that has access to two payment systems at the same time.

3. Is it better to pay by card than to change money into rubles at a currency exchange office?

Yes, definitely. The foreign currency-to-ruble conversion rate is always better for card users than when exchanging cash at a currency exchange office. It is also safer.

4. What can I definitely pay for by card? 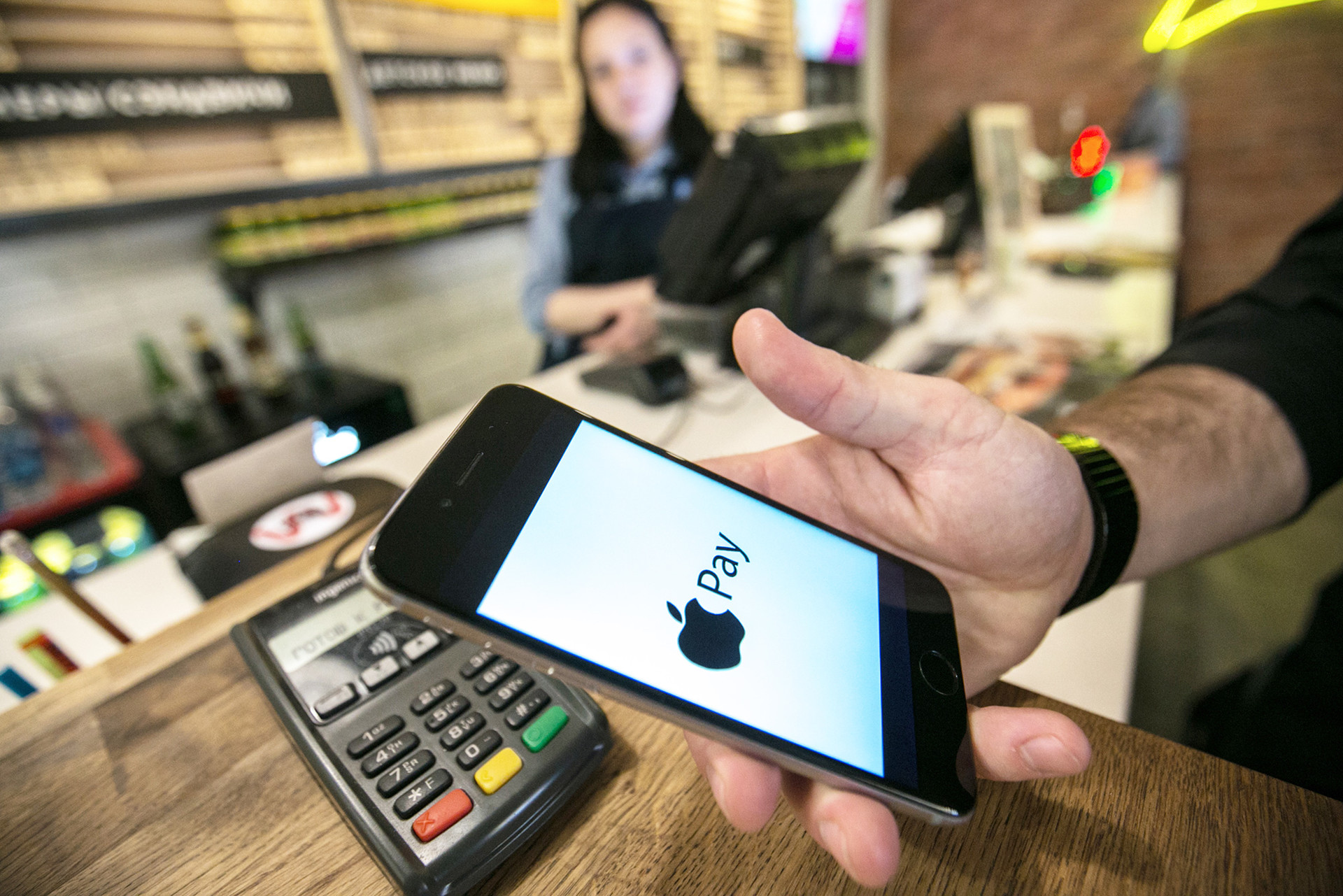 At the very least you can use your card in hotels and hostels that accept cards, and you can also rent a car and buy a train or air ticket by card. In other cases, it all depends on the city. In big cities cards are accepted at cafes and restaurants, as well as museums, galleries, coffee shops, big supermarkets, and shopping centers. But don’t always expect to use your plastic in small cafes that offer homemade dishes (like a Soviet-style buffet) or small food stores. Also, you shouldn't expect to be able to pay by card for street food.

The only way to do so is by using an app. In Russia, Uber, Yandex.Taxi, GetTaxi (not in all cities), and other companies operate with the option of paying by card. If you flag a taxi in the street, you'll have to pay in cash because drivers do not have card readers.

6. And what about public transport? 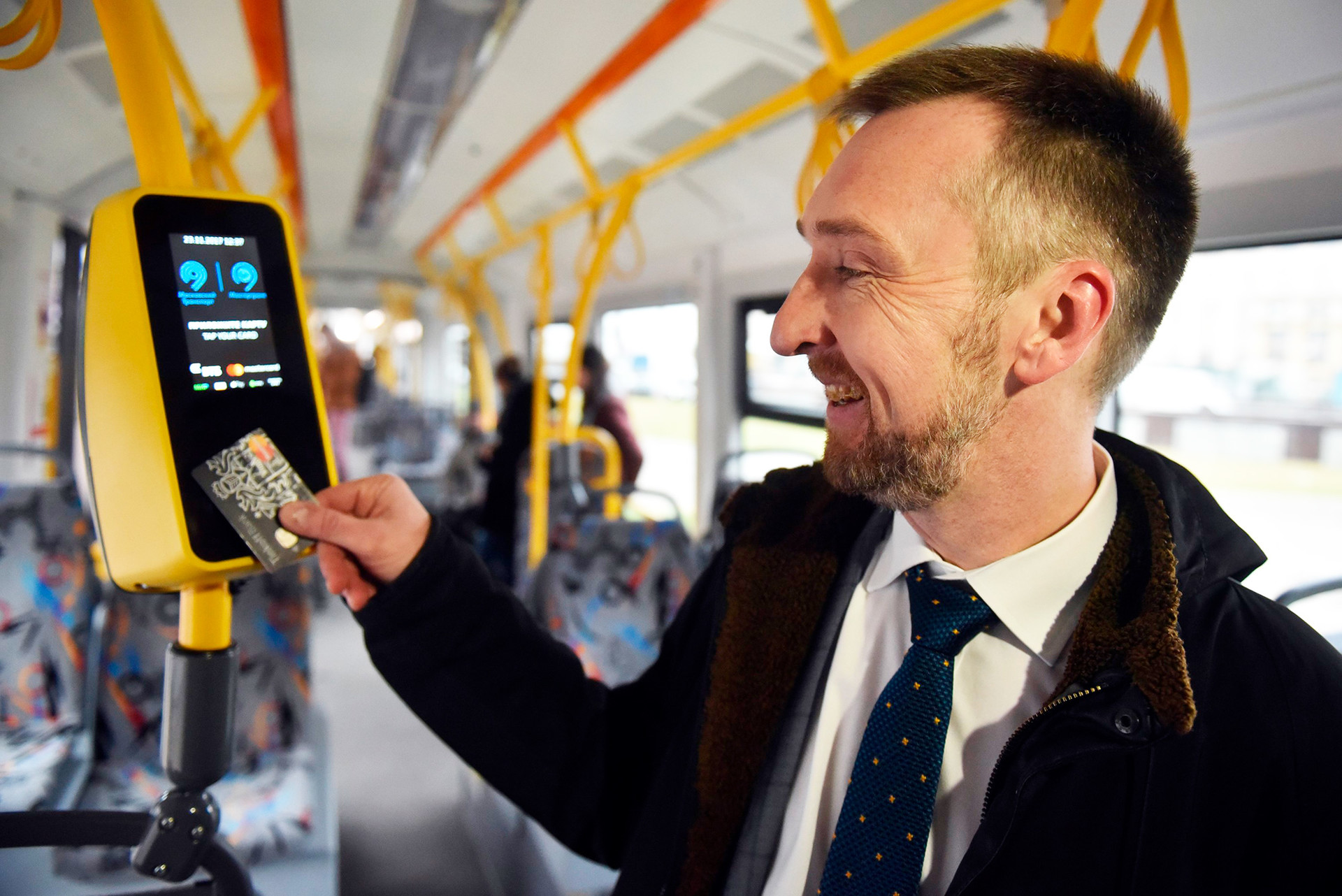 In Moscow, you can buy a Troika card (an electronic purse – we explain how it works here) and use it to pay for travel on the Metro, bus, tram etc. Also, you can now pay with a credit card on almost all trains.

7. How to leave a tip? Is it included in the bill?

In some places the bill does indeed include the service charge, but this is a rarity. If service is included, the bill will say so. But in all other cases it’s the norm to leave a tip in cash. For example, in restaurants up to 15 percent of the total bill is normal. For taxi drivers, tourist guides, and other services, you can read a detailed guide regarding tips here.

8. How to withdraw cash from a card, and where? 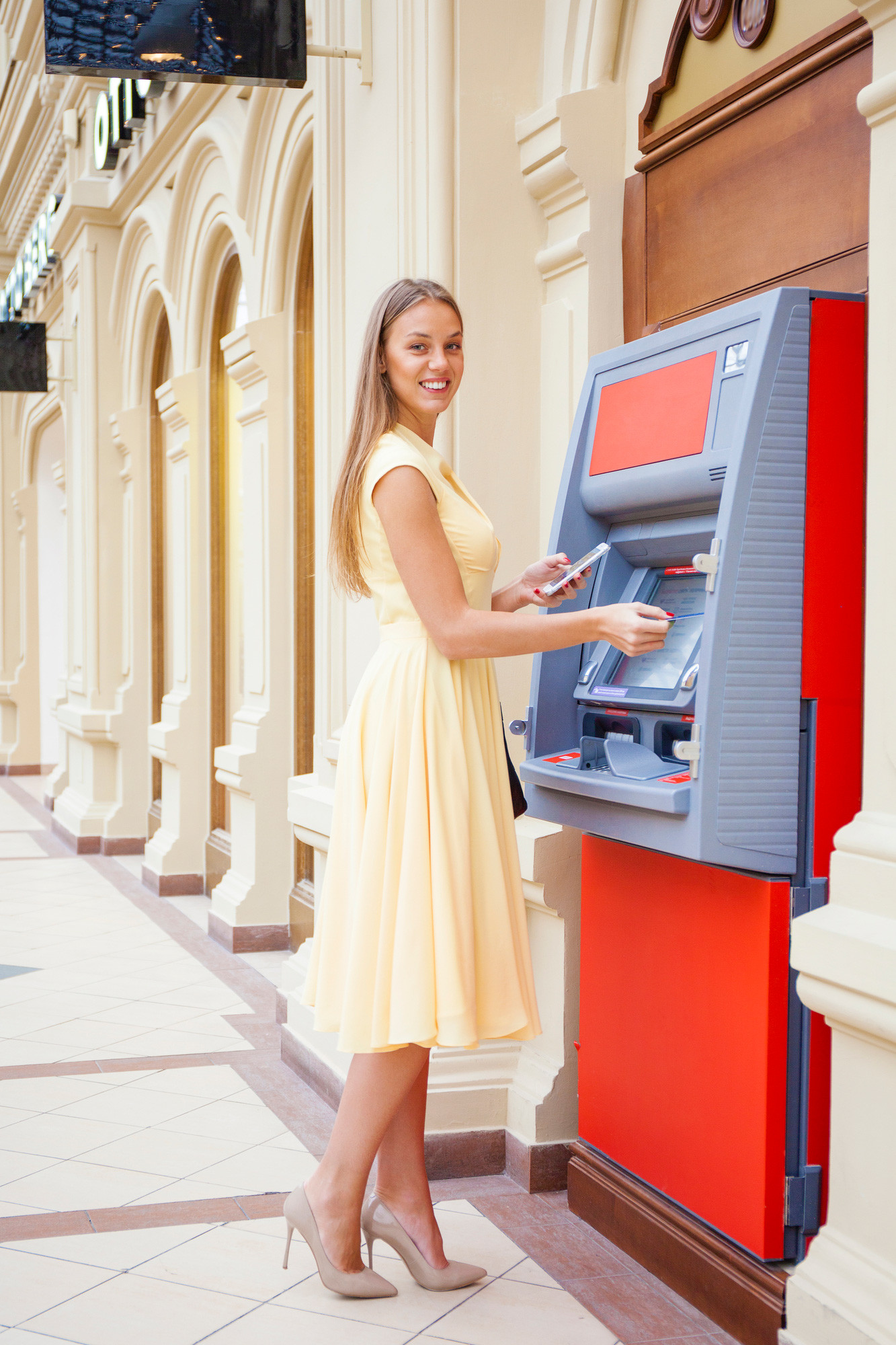 There are ATM machines everywhere, so you'll have no problem finding one. Most of them have an English language option. Many ATM machines charge a commission unless you’re a client of a particular bank, and some Russian banks also charge a small additional commission for withdrawing cash. It’s more sensible to withdraw the amount you will need for your stay in Russia in one go rather than doing it at regular intervals.

Yes, it is – like in Europe. Just be careful when using ATM machines (check for hidden reading devices or cameras), and it’s best to use ATM machines inside bank branches, at airports, or hotels. Also, don't forget to inform your bank that you are going to use your card in Russia, otherwise your bank could block it for security reasons.

10. Are there any restrictions on how much money you can have on your card when in Russia? 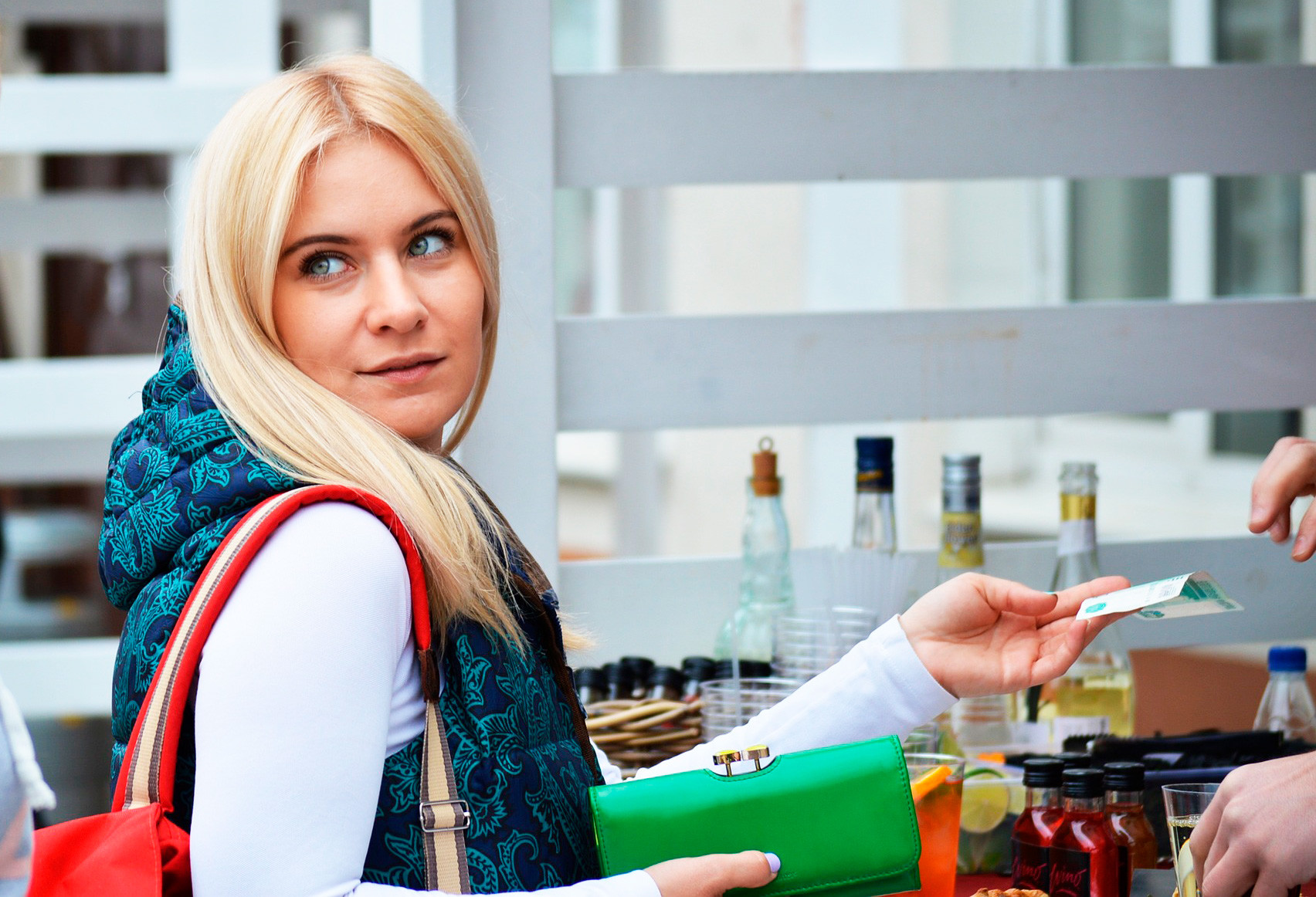 No, restrictions only apply to cash that you bring in or take out of the country ($10,000 without the need to declare it). Any amount on your card does not need to be declared.