Why do 76% of Russians refuse to believe that the Americans were on the Moon? 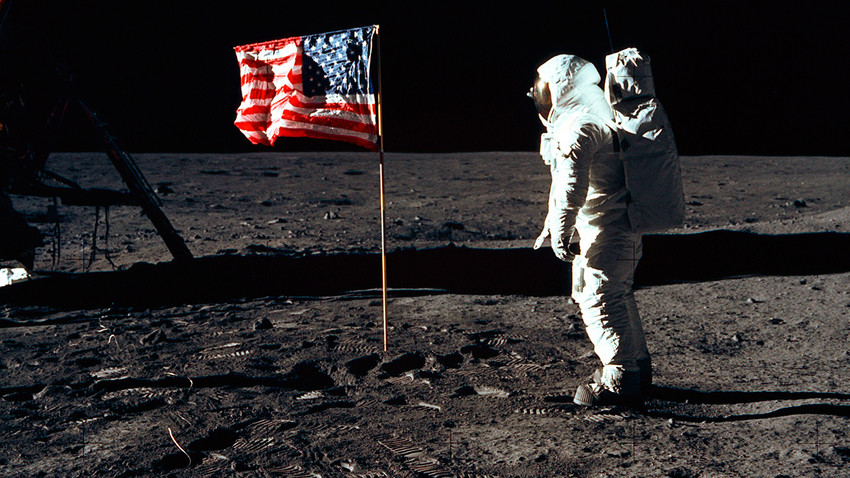 Getty Images
One of the world's best-known conspiracy theories - that the Apollo 11 Moon landing was staged - remains very popular in Russia, (you can't even imagine how much). Some Russians are even donating money in the hopes of 'proving' this theory.

"One small step for man, one giant leap for mankind." Neil Armstrong's famous phrase, which he said on the Moon, marked the start of a new era, with humans for the first going beyond the boundaries of our planet and landing on another celestial body. That was in distant 1969.

Today, we dream of Mars-landing missions, and read about leaks from a hush-hush Martian conference held by Elon Musk. But you know what? Decades since 1969, many Russians are still unable to believe in that "small step" that Armstrong took on the Moon. True, the so-called 'lunar conspiracy' was invented in the U.S., but no other country in the world has so fully embraced this indestructible conspiracy theory as Russia. Many Russians believe that the U.S. government staged a complex hoax, and that the alleged Moon landing was in fact filmed in Hollywood. At the moment, this myth is NOT believed by - brace yourself - only 24 percent of Russians!

This was not always the case. In the Soviet Union, in that landmark year of 1969, no one - neither officials, nor the media - doubted the achievement of the American astronauts.

"When we were receiving signals from the Moon, we were receiving them from the Moon, not from Hollywood," said Russian cosmonaut Georgy Grechko, a member in the Soviet lunar program, which was canceled after the Apollo 8 mission for the first time orbited the Moon. At the time, all Soviet reconnaissance systems were watching the first manned flight to the Moon. Soviet radio equipment was receiving signals from Apollo 11, as well as all its audio communications and the TV footage of the landing itself. 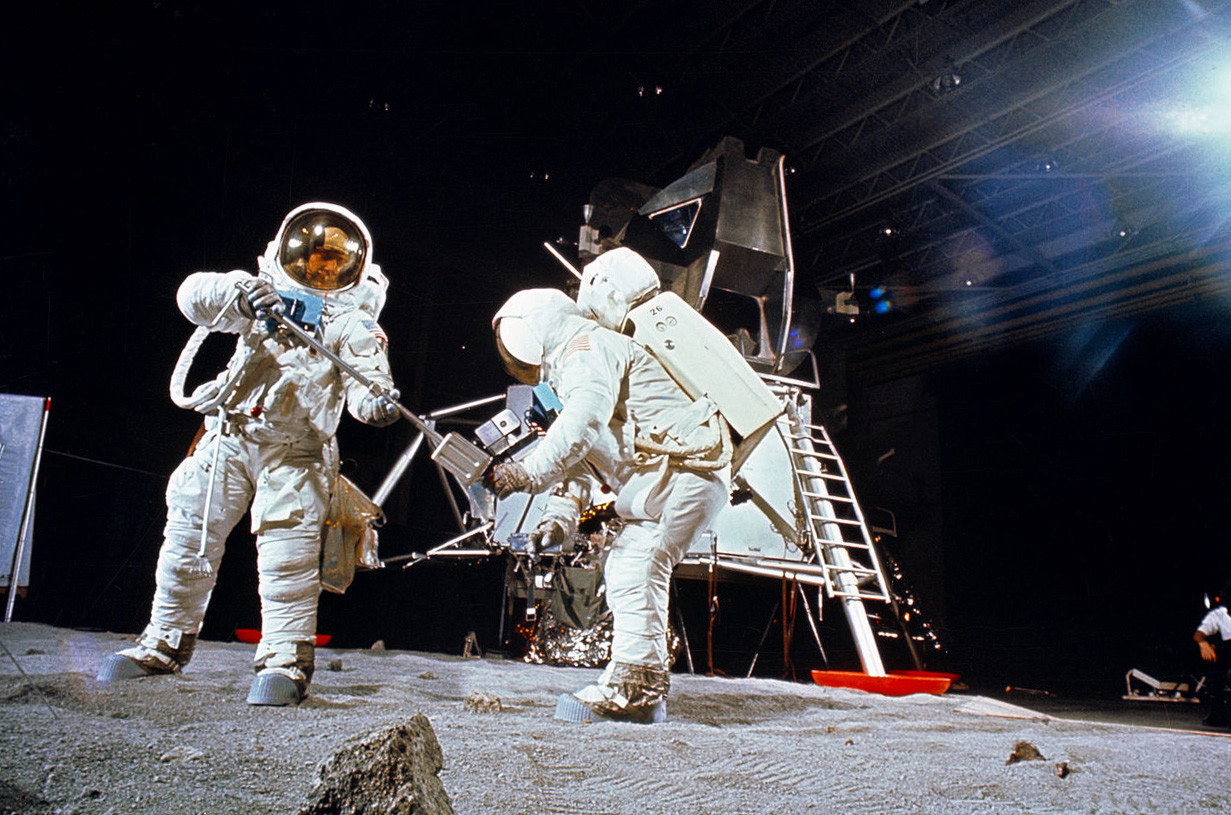 "Staging a hoax like that would have perhaps been just as difficult as carrying out the real mission," another cosmonaut and space shuttle designer, Konstantin Feoktistov, concluded in his book, The Trajectory of Life. It would have been necessary first to send a television station to the Moon, then send Apollo 11 a responder. And create dozens of sham factories manufacturing spacecraft. And stage the return to Earth ... It is all too complicated. Even for a space race between the two superpowers.

By the late 1990s, however, the world-famous 'lunar conspiracy' reached Russia where it gained a lot of followers. Contemporaries attribute it to the fact that the new and fragile Russia was in dire need of pseudo-patriotic concepts, such as the notion that the Americans had deceived everyone, including the Soviet Union, which was always the first in everything. This is another reason why the 'lunar conspiracy' still holds sway among many Russians.

The Russian embrace of this conspiracy theory dates to the publication of Yury Mukhin's book, Anti-Apollo: Lunar Scam of the USA. The author claims that money allocated for the lunar program was allegedly stolen, while the lunar landing scenes were shot by Stanley Kubrick, the director behind the cult film, 2001: A Space Odyssey. Moreover, according to Mukhin, Soviet communists and some Soviet scientists were part of the conspiracy, for the sake of certain profits, of course.

But the 'the great American lie' would hardly have gained so much currency in Russia had it not found support among more reputable individuals and the media. 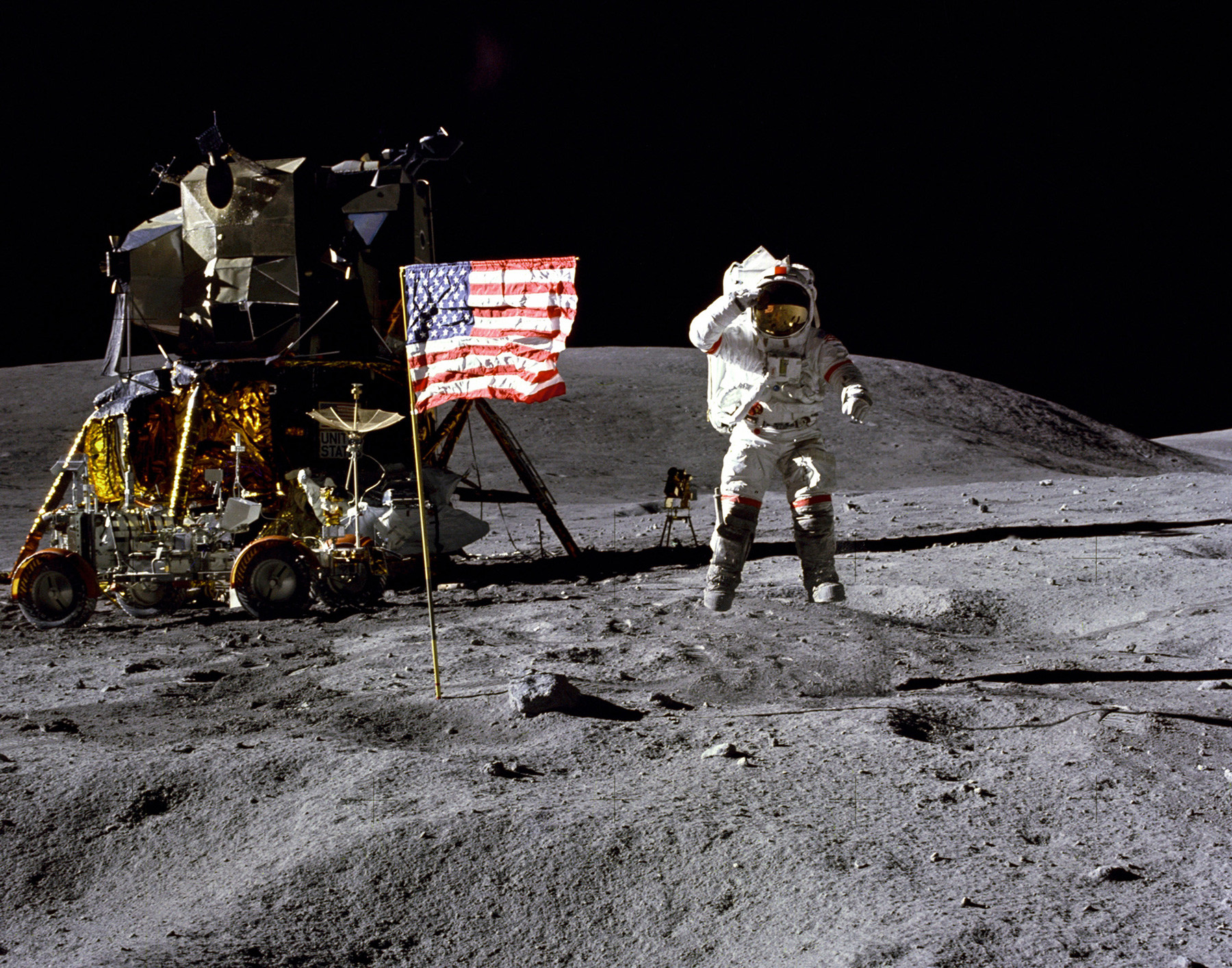 Astronaut John Young, lunar module pilot, walks on the surface of the Moon near the leg of the Lunar Module (LM) 'Eagle' during the Apollo 11 exravehicular activity.

Journalist Alexander Gordon made two documentaries about the 'lunar conspiracy'. In 2007, the scientific journal Topical Problems of Modern Science published an article 'proving' that at the speed it was flying the U.S. rocket could not have reached the Moon. Or, here is another: in 2018, Dmitry Rogozin, the head of the Russian space agency, Roscosmos, announced that Russia was preparing a Moon mission: among other things, with the following purpose. "We have set the task of flying there to check whether they [the Americans] were there or not <...> They say they were, we will check."

All this is happening despite the fact that the Russian Academy of Sciences has officially condemned the 'lunar conspiracy' as pseudoscience, and Russian President Vladimir Putin dismissed it as "nonsense."

Judging by opinion polls, 65 percent of people who believe that the 1969 Moon landing never happened have only a secondary school education. Interestingly, the desire to establish the 'truth' goes far beyond ordinary curiosity: some Russians are even prepared to donate their own money for the cause.

In 2015, a collection was started on the crowdfunding platform, Boomstarter, to build a micro-satellite with a camera to verify the Apollo 11 landing site. It was launched by a blogger fascinated by space. The target was 800,000 rubles ($12,000), but the actual sum raised was more than twice greater.

Who are these people? Some are those who still take part in endless discussions on online conspiracy theory forums; believe me, there are a lot of them. And those who write comments such as this one: "If you think the Americans are charlatans, I agree... There is a lot of proof for this. For example, there is something wrong with the footprint [presumably, Armstrong's], or the flag is not flapping right, and so on. For example, Rammstein's America video is proof of that, or the GTA Vice City game - there is a film set on an island somewhere and there, in a domed building, there is artificial lunar rock, and reportedly this is where they filmed the Moon landing."