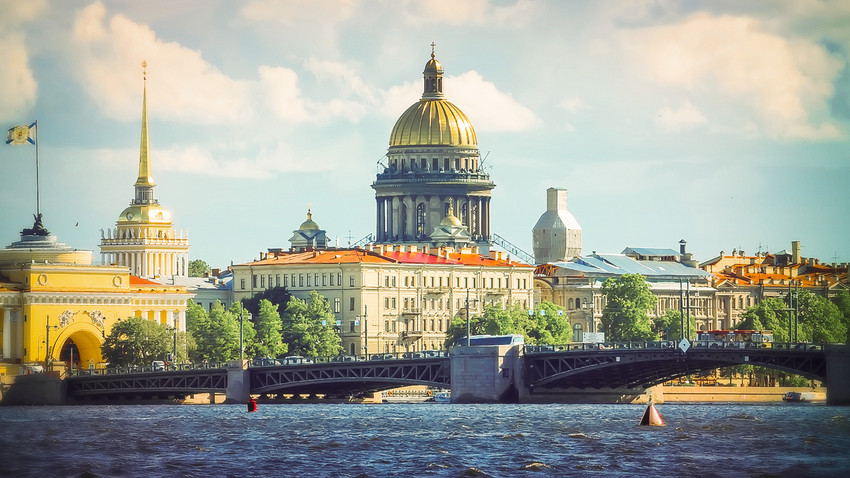 Legion Media
What is St. Petersburg famous for? Entrancing history, spectacular ballet, enormous art collections and transcendental beauty, of course. Check out our list to make sure you don't miss the most important sights. 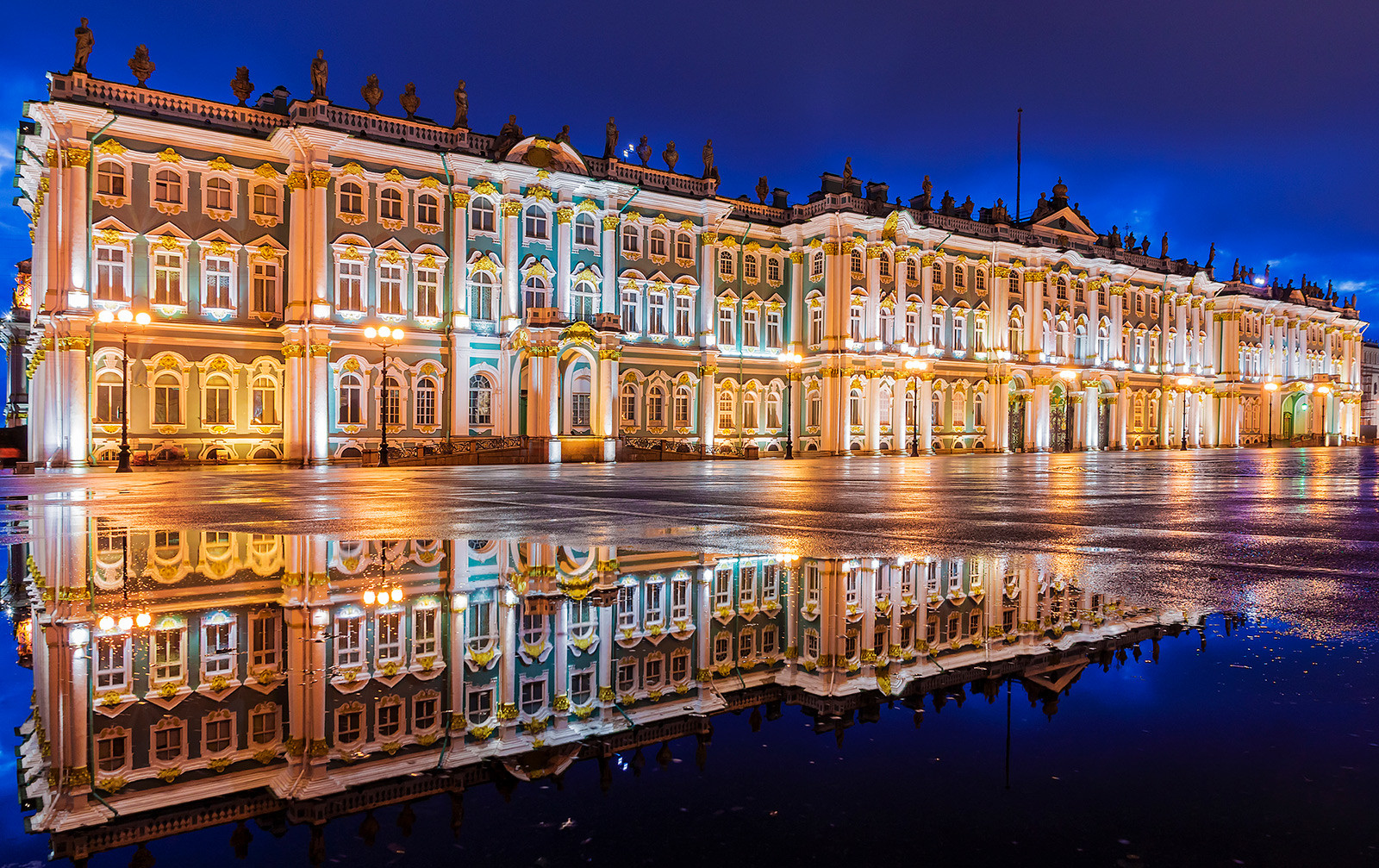 Everyone knows the State Hermitage Museum, Russia's biggest art collection. It is housed in the most appropriate place - the Winter Palace, built for the Imperial Family over 250 years ago. There simply can be no excuse not to visit if you happen to be in St. Petersburg. It is like Buckingham Palace, but for the Romanov dynasty.

Make sure you go inside and try to see as much as possible because you won't be able to view everything: It is a city within a city containing over three million exhibits in 300 rooms (for comparison, the Louvre has 350,000 exhibits). Incidentally, not all of the collection is kept in the Hermitage (see map).

You can get a feeling for the grandeur of the site in Dvortsovaya Ploshchad (Palace Square) - it offers a marvelous view of the 18th century architecture. It is the best place to take photographs. 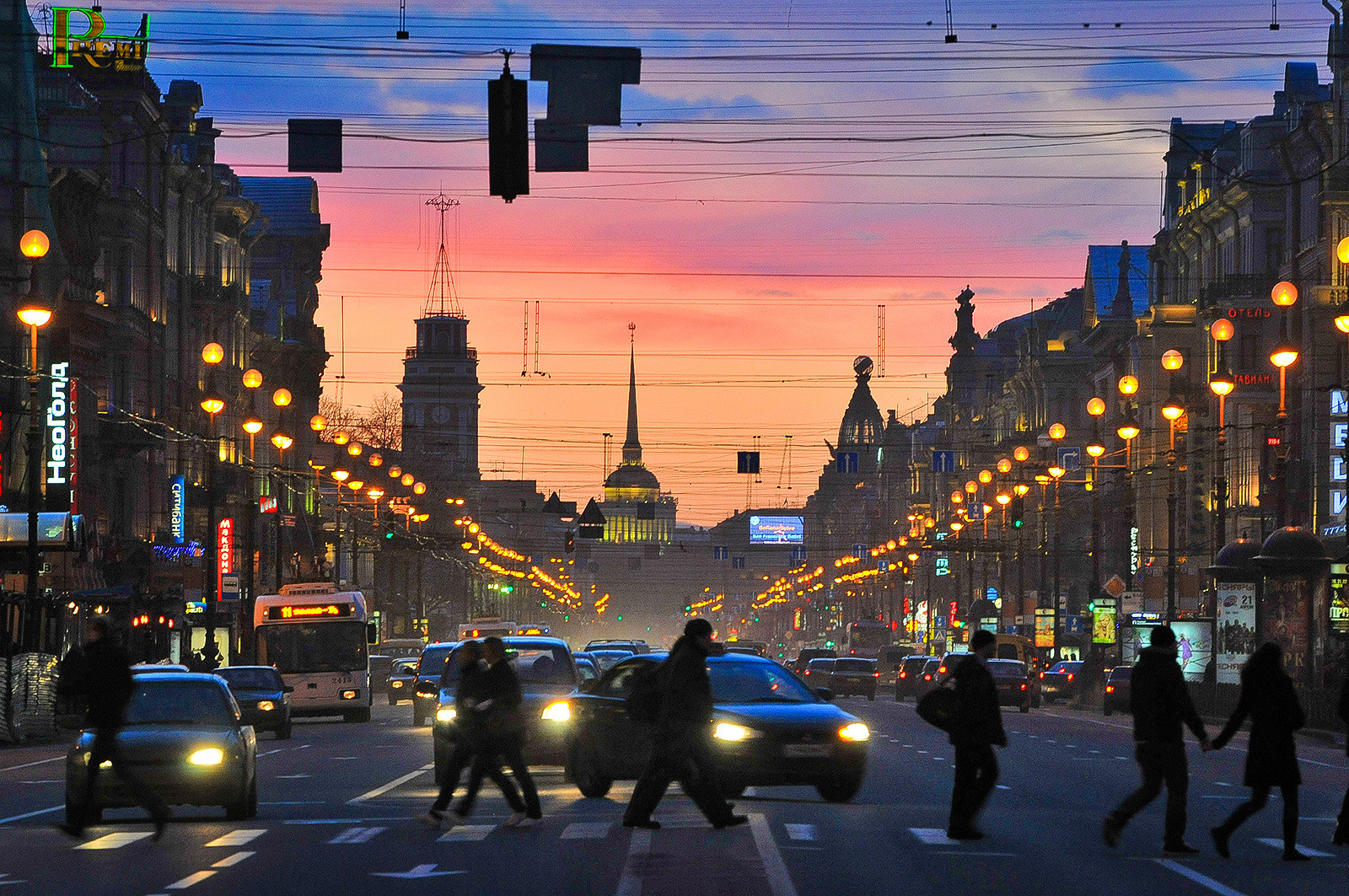 This is the city's main thoroughfare, planned in the early 18th century, which now has one listed building after another. It is best to go for a stroll on Nevsky Prospect between seven and nine o'clock in the morning when the magnificent panorama of the "real" St. Petersburg is not obscured by crowds of tourists and traffic.

On Nevsky Prospect there is a world-famous (according to locals) food store in early Art Nouveau style - Yeliseyev Merchants' Shop (56, Nevsky Prospect). Also, from here you can see the city's majestic cathedrals: Don't miss the Church of the Savior on Spilled Blood, the best view of which opens up from Nevsky Prospect (near No 20) or Kazan Cathedral, the parish church of the Romanovs.

Halfway down Nevsky Prospect you will see the Singer Building. Today it houses a bookshop and the offices of Russia's most popular social network VKontakte, but during the reign of Emperor Nicholas II the construction of the building provoked numerous protests because its architecture was so unlike that of any other building in the city.

A piece of advice:"There are several Underground stations on Nevsky Prospect. To arrive halfway down it, you need to get off at Nevsky Prospect/Gostiny Dvor. And in order to cover the most interesting part of the street from start to finish on foot - get off at Mayakovskaya or Admiralteyskaya (the latter is situated 100 meters from the thoroughfare)," says local resident Arseny. 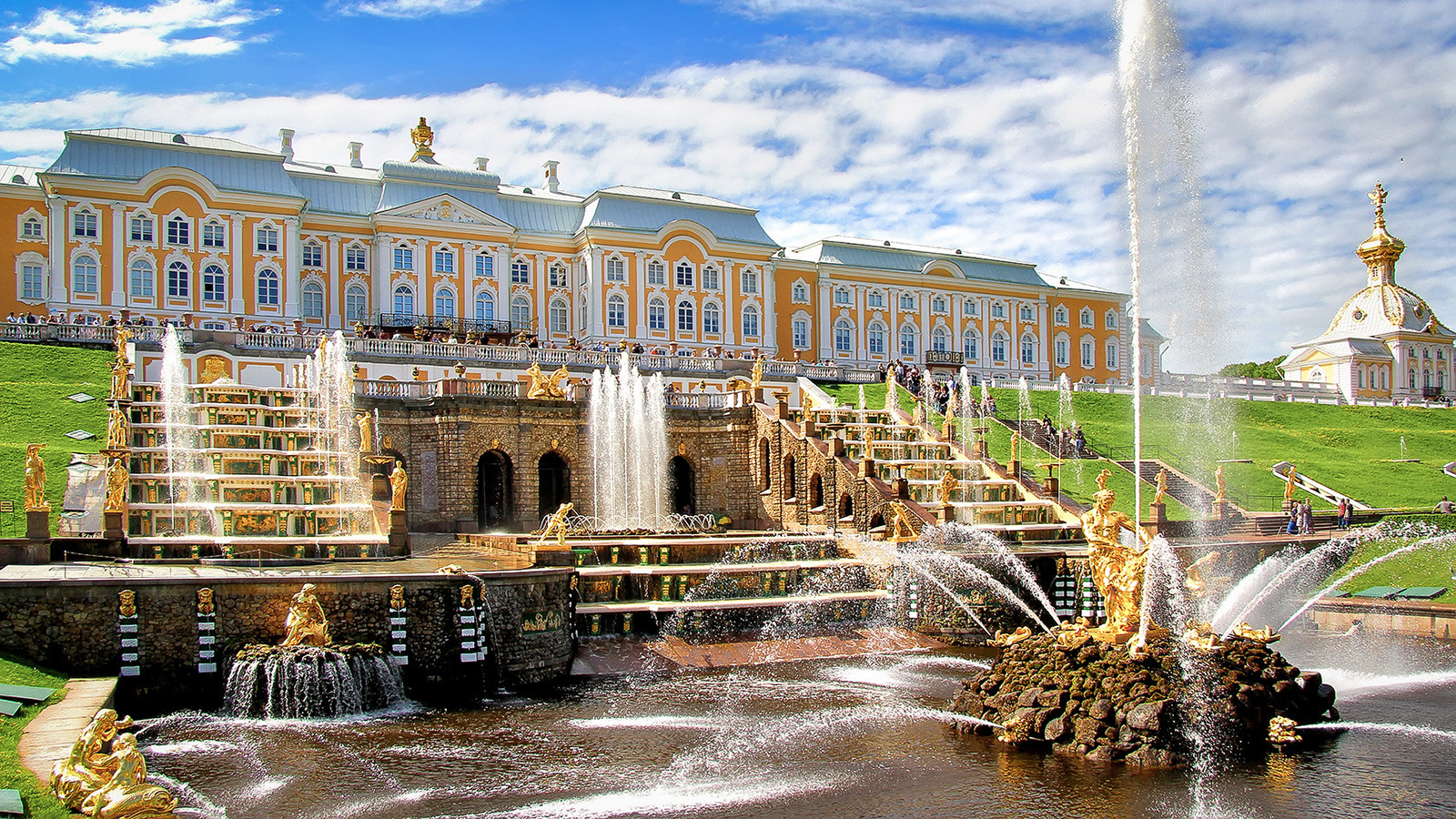 This is the former summer residence of the Russian tsars, 29 miles from St. Petersburg. It is the Russian Versailles with its golden fountains, palaces, pavilions and boundless gardens. In front of the palace you will see the spectacular view of the Grand Cascade and the Golden Statue of Samson spurting silvery jets of water 213 ft high. A real challenge will be to get to Peter the Great's favorite place, the Monplaisir Palace, with its open-air terrace on the shores of the Gulf of Finland.

Plan to devote most of the day to this marvel, and it is better to avoid weekends (too many people).

A piece of advice:"From April to November, the best way to get there is by water, on one of the Meteor hydrofoils. They set off from Palace Embankment (near the Winter Palace) every hour from 10:00 till 15:30 (10 a.m. to 3.30 p.m.). Land transport is less enjoyable. But if you go in a group, take a taxi. In the winter, it is best to join a tour or, again, go by taxi," says Elena, a local guide. 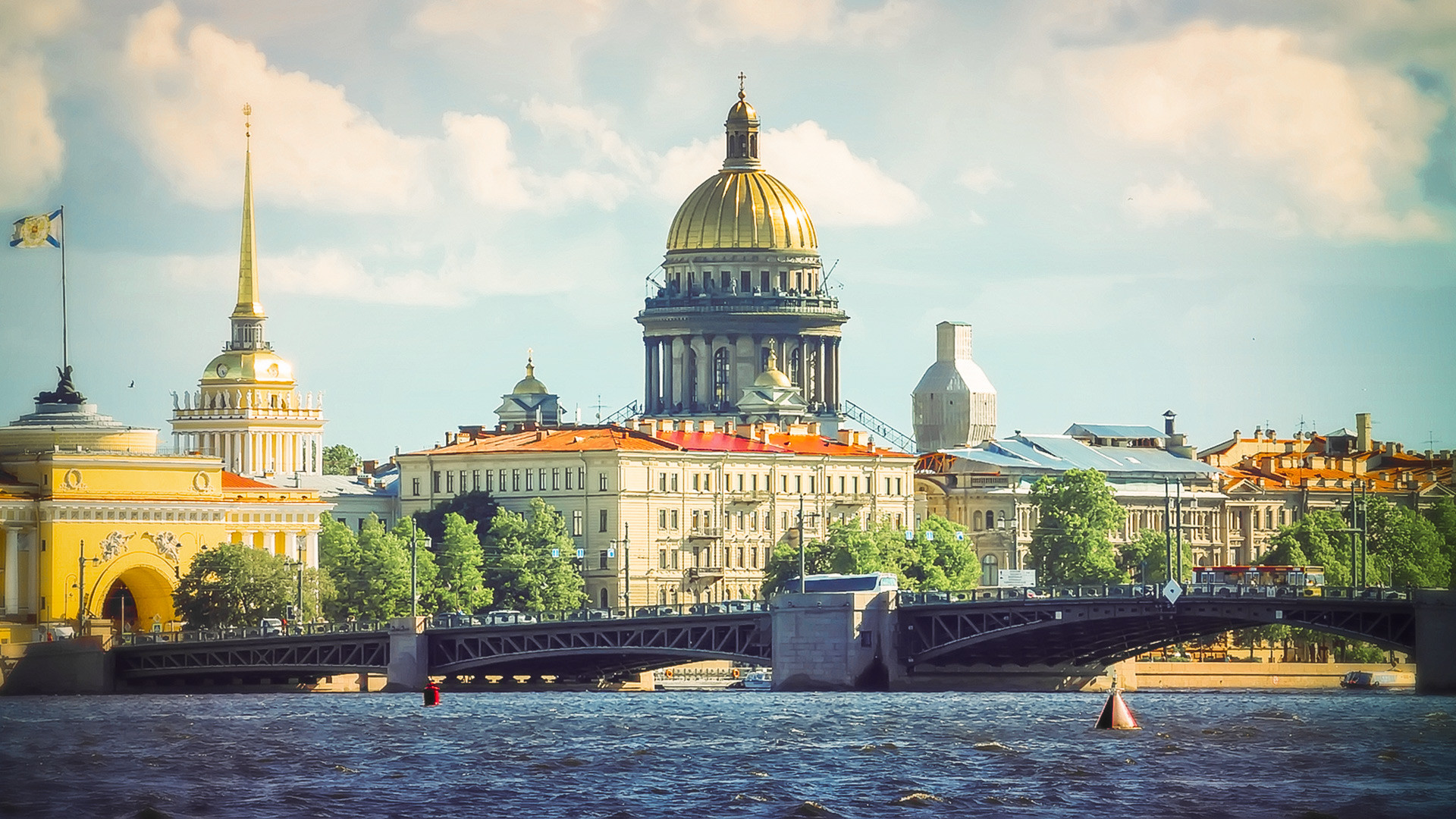 The cathedral offers the most irresistible panoramic view of the city. It is of colossal proportions, and from its colonnade you can see how the city is actually dissected by canals into small islands. But brace yourself for a climb. Saint Isaac's Cathedral, built in 1858, has no lift. You'll have to climb all 262 steps to get to the top.

To enter the colonnade, you will need a separate ticket (the entrance ticket to the cathedral doesn't count), which you can buy at museum ticket offices, vending machines at the entrance or online. In the summer, during the White Nights from June to August, the colonnade is open to visitors until four in the morning. And during the cold times of the year it is open till 17:30 (5 p.m.). And another thing to bear in mind: It is rather windy at the top!

A piece of advice:"It is better to buy tickets with a bank card from the vending machines as usually there are very long queues for the ticket office. And the best view of the cathedral is from St. Isaac's Square (where there is a monument to Nicholas I)," says Elena. 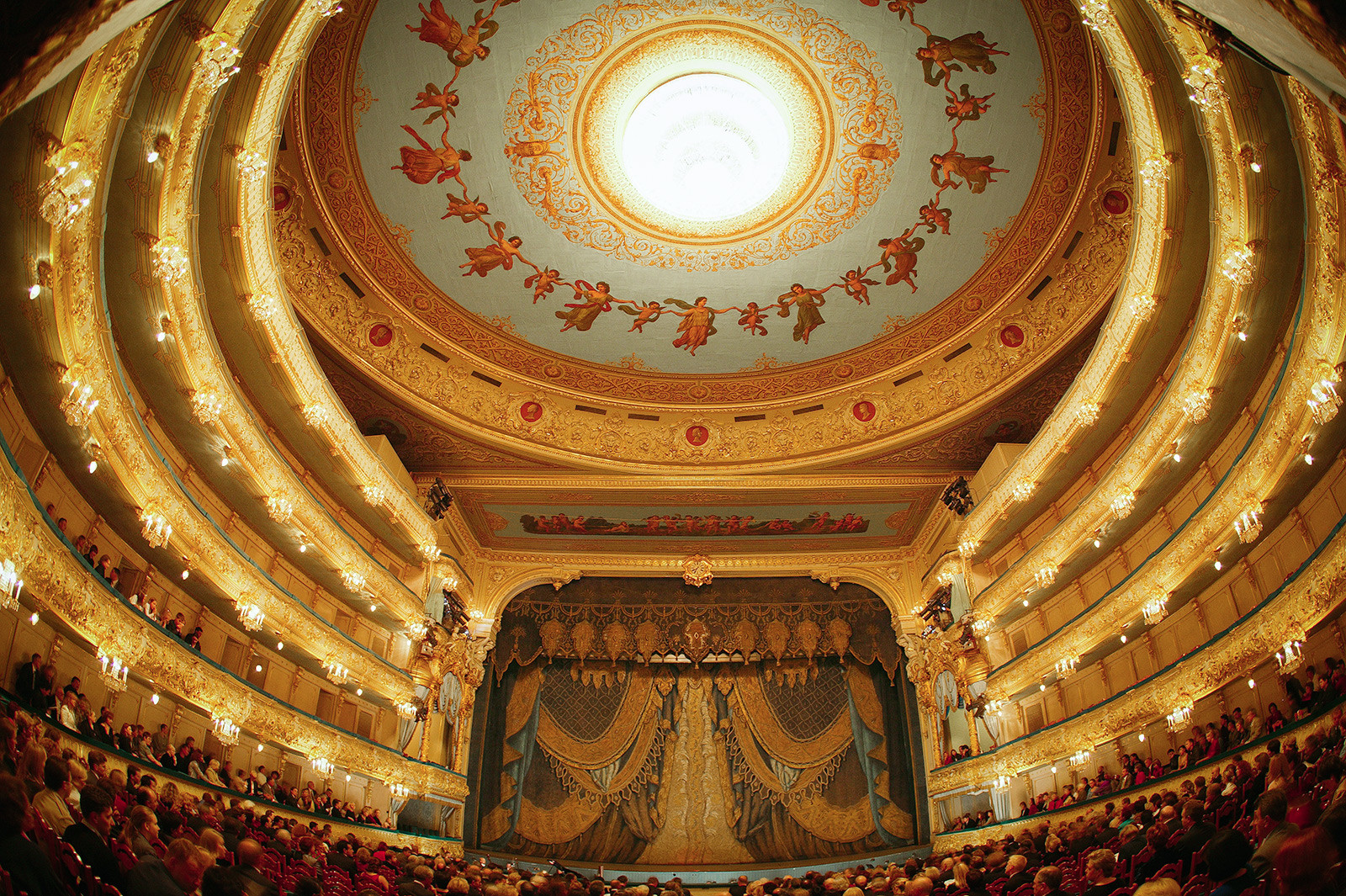 A cultural icon and showcase for St. Petersburg's opera and ballet, the Mariinsky Theatre (informally known as the Mariinka) is on the must-see list, along with borsch and matryoshkas. In tsarist times it was the premier venue for the country's ruling class and high society - members of the Imperial Family, wealthy heiresses and famous authors like Alexander Pushkin used to come here.

Nowadays anyone who has bought a ticket for a performance can get into the famous Mariinka. Artistic standards of the highest order and productions at an international level are all included. Wear something smart casual since the Mariinka respects tradition, and observing the dress code is still desirable and all but compulsory here. Also, get your tickets in advance before they sell out. You can buy them online.

A piece of advice: "Make sure you arrive 40 minutes early. Pop in at the buffet (the cheapest is on the 2nd floor) for a red caviar sandwich (the most decent you'll be served anywhere in the world!) and a glass of brandy. Then you will even be able to sit through Verdi's Aida," says Svetlana.