Why didn’t Russia exact U.S.-style revenge for an attack on its Tehran embassy? 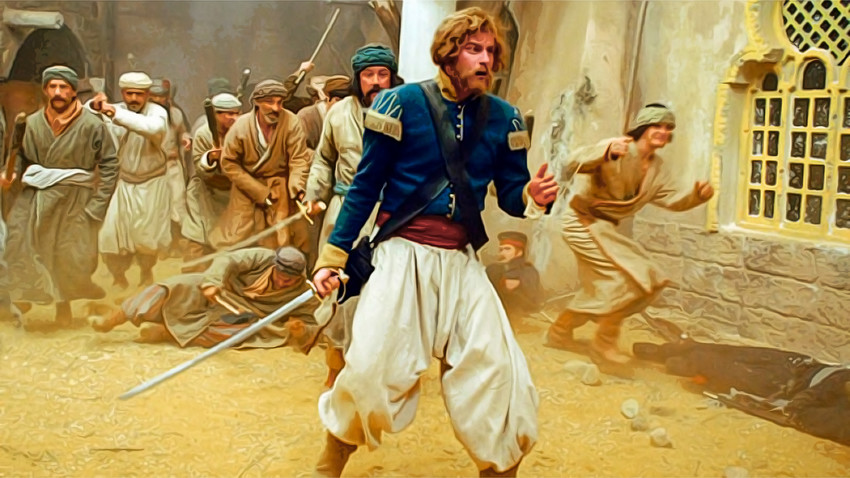 Sergey Vinokurov/Aurora company
150 years before the U.S. Embassy in Tehran was attacked by an Iranian crowd, the Russian Embassy suffered the same fate. Unlike the Americans, Russia’s entire staff was killed in the process. Yet no proper response followed.

On the early morning of February 11 (January 30 according to the Julian calendar) 1829, an enormous horde of almost 100,000 Persians, armed with knives, stones sticks, surrounded the Russian Embassy in Tehran. The angry people frantically screamed and demanded the blood of the Russians barricaded inside.

Several diplomats and 35 Cossack guards had absolutely no chance against such a but made stand until the last. The Persians literally tore apart the Russians, who included the ambassador himself, the great Russian poet Alexander Griboyedov.

Such an insult could not pass without a response. However, it did. Due to several reasons, the Russian Empire avoided war and allowed the massacre to go unavenged.

Why did the Persians attack?

Alexander Griboyedov was appointed as an envoy to Persia in 1828, a year before his murder. The country had recently lost a war against Russia and was obliged to pay heavy reparations, which fell on the shoulders of the common people. The national anger was waiting for a spark to ignite it 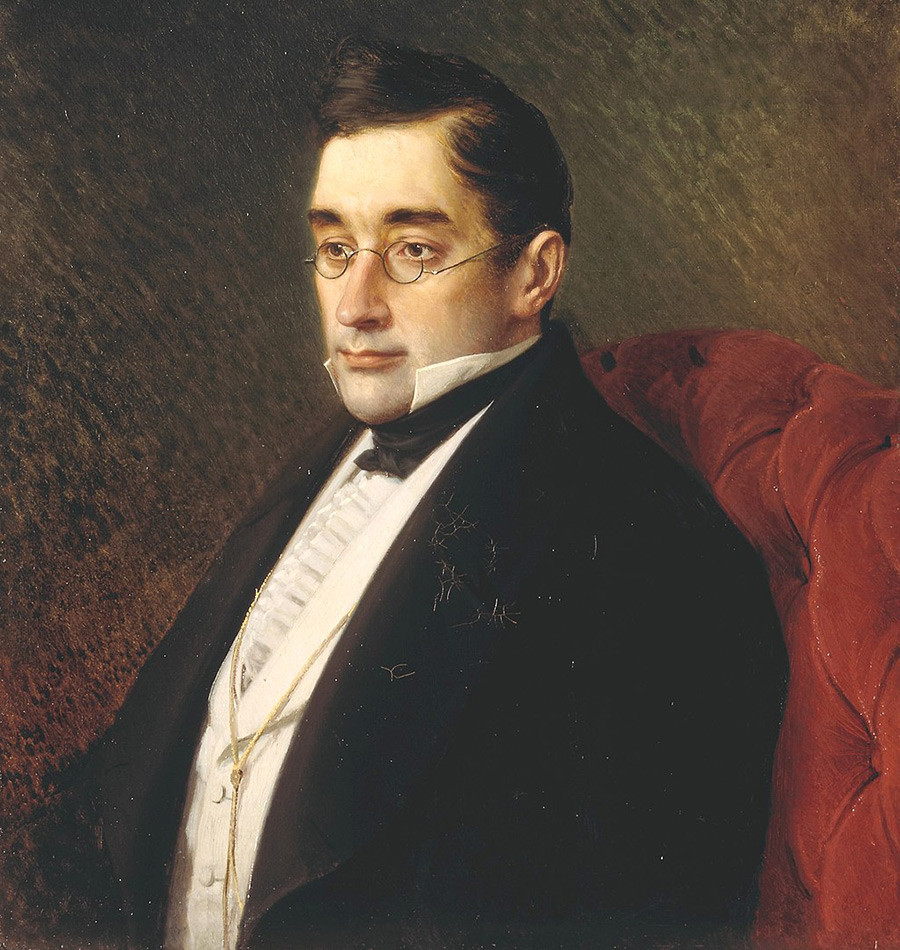 Persian nobility had their own claims against the Russians. Ever since Armenia became part of the Russian Empire, many local Armenians had sought shelter at the Russian embassy in the hope of leaving Persia for their historical homeland.

One such Armenian who came to Griboyedov seeking shelter and protection posed a real threat to the Persian leadership. Jakub Markaryan Mirza, a eunuch at the Shah’s harem, who was also the main treasurer and keeper of the Shah’s , knew too many secrets to be allowed to flee to the enemy state.

Griboyedov refused all Persian requests to return them Mirza. So the Shah decided to exert pressure on the Russians with force. Provocateurs began to stir anti-Russian sentiment among the population with great success. Soon, thousands of Tehran’s inhabitants were ready to burn the Russian Embassy to the ground.

The Shah wanted anti-Russian protests, but not an open conflict. However, the thousands-strong crowd was already out of control. The massacre was underway.

Alexander Griboyedov personally participated in the defense of the embassy in the uneven fight with the frantic mob. The Persians stormed the door, tried to climb in through the windows, and even tried to dismantle the roof to get inside. Finally, they killed all the Cossacks, the remaining diplomats, and Jakub Markaryan Mirza 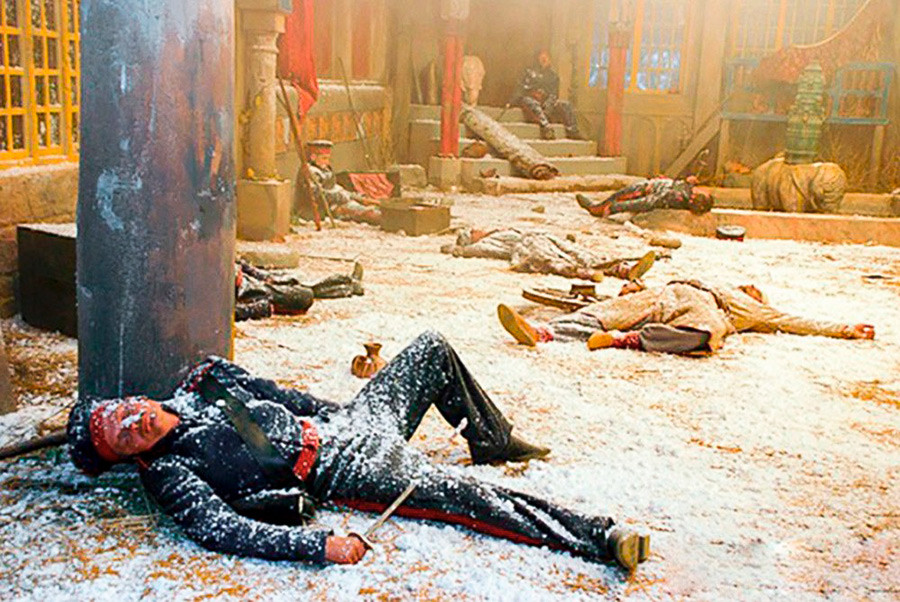 battered body of Griboyedov was taken the and put on display for the whole city. Only after a direct order from the Shah was it taken away.

The only one to survive the Tehran massacre was embassy secretary Ivan Maltsev, who managed to hide during the attack. Among the Persians, 19 people were killed.

The diplomatic scandal between two states would definitely have led to war in any other circumstances, but not in 1829. Russia was stuck in a war of attrition against the Ottoman Empire and could not allow itself to get dragged into another one.

The Shah dispatched his grandson Khozrev Mirza to Tsar Nicholas I with a letter of apology and the huge Shah Diamond, which today is considered one of Russia’s main national treasures 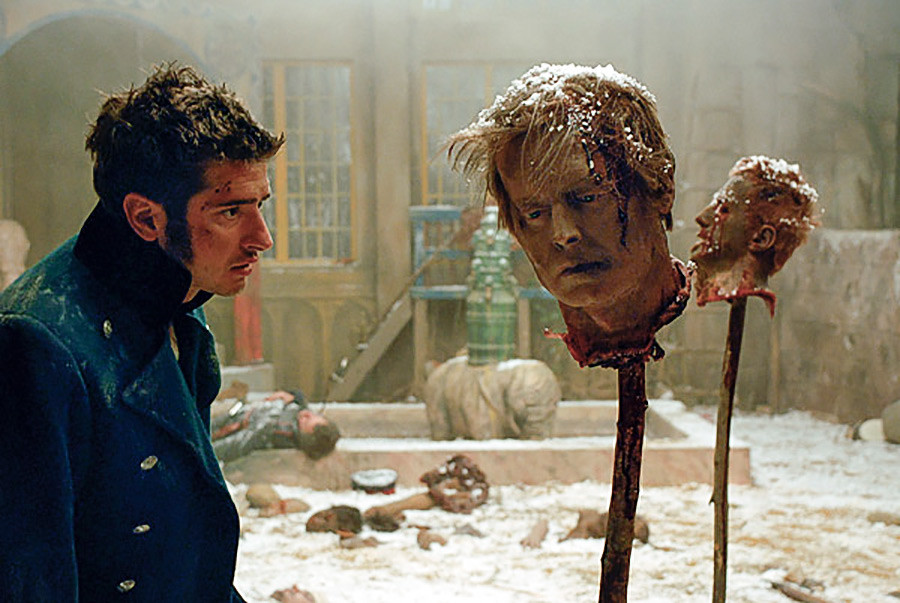 Russian ruler accepted the Shah’s apology and said: “I let this unfortunate incident in Tehran to sink into oblivion.” As a result, the Persians achieved their goals: Jakub Markaryan Mirza was dead, and by order of Nicholas reparations were reduced and payment was postponed for five years.