Why were the Soviets hellbent on finding U.S.-made Stinger missiles in Afghanistan?

A mujahideen soldier aims a Stinger missle at passing aircraft near a remote fighters' stronghold in the Safed Koh Mountains February 10, 1988 in Afghanistan

Getty Images
As the war in Afghanistan was drawing to a close, Washington made a move that cost the USSR many men – it equipped the mujahideen with man-portable air-defense missiles called Stingers. The Soviets lost their superiority in the air and were forced to embark on a mission to obtain the weapon themselves to counter the new threat.

Russia marks 30 years since the pullout of Soviet troops from Afghanistan. It is sometimes claimed that it was the introduction of missile to Afghanistan that forced the Soviets to withdraw.

By the mid-1980s the Afghan mujahideen, who were fighting both regular Soviet troops and the Soviet-backed government in Kabul alongside Pakistan and the U.S., were in a difficult situation. “In April 1986 hard battles were being fought along the border with Pakistan…I used all means possible to push through my demands [of supplying the mujahideen with Stingers]…I strengthened my argument with the opinion of the U.S. analysts who said the mujahideen could not continue fighting as they were so exhausted that the young generation didn’t want to join the Jihad,” wrote Mohammad Yousaf, a high-ranking Pakistani intelligence officer. As a result, the Americans supplied the mujahideen with arms to fuel their efforts to overthrow the Moscow-backed regime.

The decision to back the jihadists was not taken lightly by the Reagan administration, as the Americans didn’t want their weapons technology to fall into the hands of the USSR or Iran. If the Soviets obtained U.S.-made missiles it would have proven that Washington was supplying the mujahideen with state-of-the-art arms. Pakistan took a similar stance. However, in 1986 the U.S. approved a shipment of 250 Stinger launchers plus 1,000 missiles to the Muslim guerilla warriors 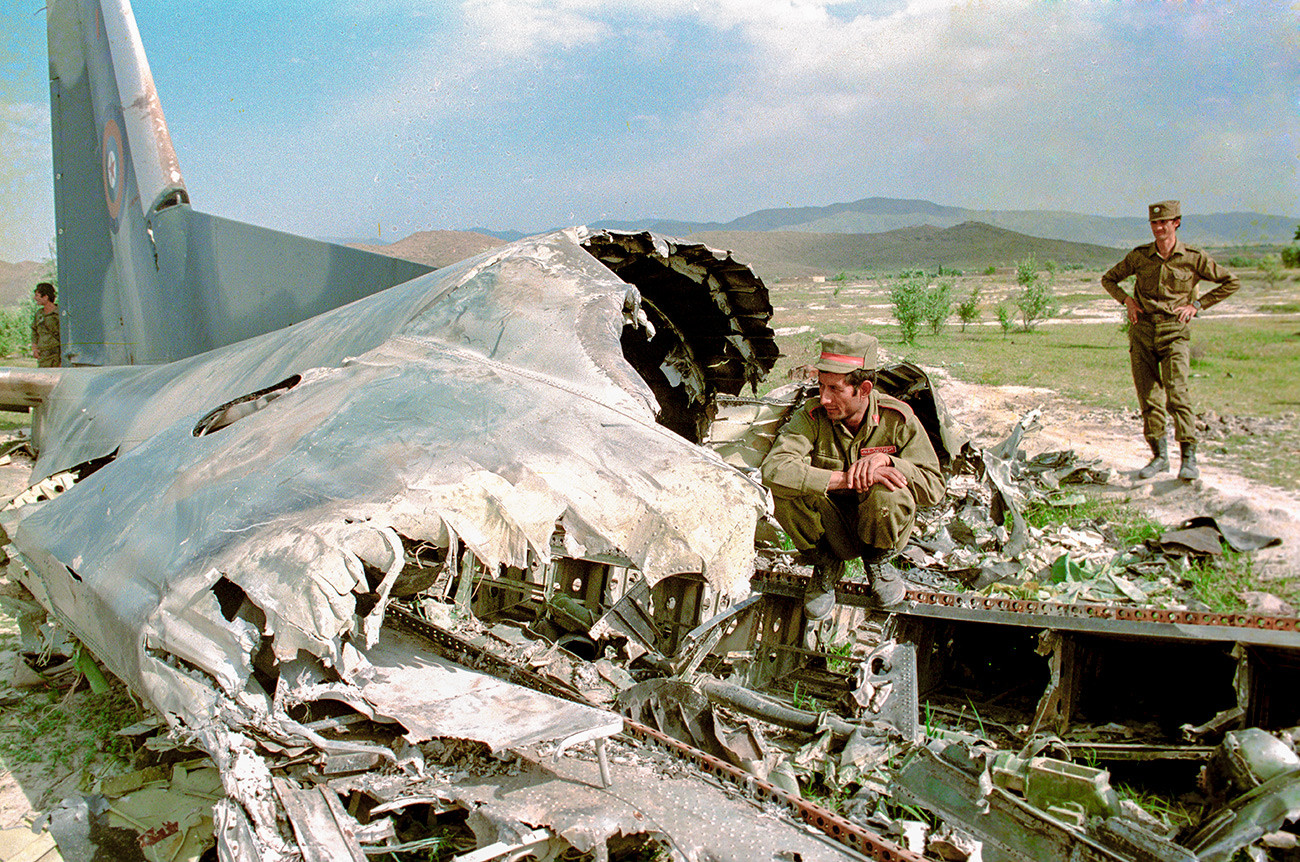 The wreckage of an Afghan transportation plane that was hit by a Stinger missile. 40 people onboard died.

are , powerful weapon and simple to operate – it only takes 30 seconds to load a missile. When a projectile locks on to a target it’s very hard to shake off with heat flares, making Stingers very effective against fighter jets.

The portable devices were reportedly used in Afghanistan for the first time on Sept. 25, 1986. A group of around 35 mujahideen shot down two Mi-24 attack helicopters (the Soviet army claimed) when they were landing at Jalalabad Airport. It’s that the jihadists presented U.S President Ronald Reagan with the remains of a missile used in the attack.

According to Yousaf, the news about the new weapon and its devastating capacity was met with euphoria by the guerilla fighters. Soviet commanders, however, were incredibly concerned. In November of 1986 the Soviet army lost four Su-25 attack jets, and an entire flying squadron a year later. Many of the USSR’s helicopters were also shot down.

After these losses, Jalalabad Airport was closed for a month. When it reopened stricter flying rules were enforced. “We had to change our tactics fundamentally. The air force had to fly at a higher altitude, no less than 5,000 meters,” explained military expert Mikhail Khodarenok 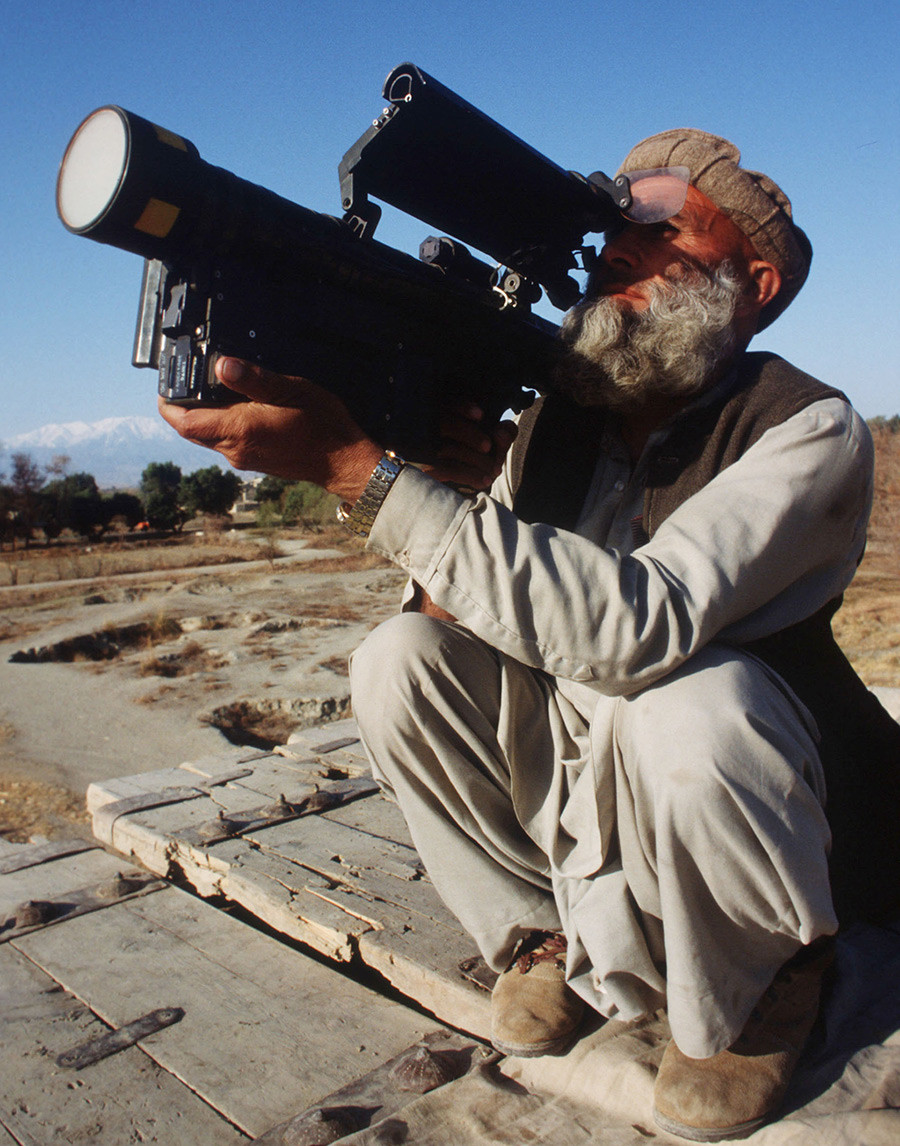 A mujahideen holds a stinger March 15, 1989 in Jalalabad, Afghanistan

and planes were also not allowed to land with a long trajectory. While taking off and landing they were escorted by choppers which released heat flares to divert any potential missiles. All cargo flights were rescheduled for nighttime.

A Hero award for the Stinger

To combat the new missiles Soviet engineers needed to examine them up close, so the hunt for Stingers began. Anyone who found the weapon was promised the highest Soviet award – the Hero of the Soviet Union 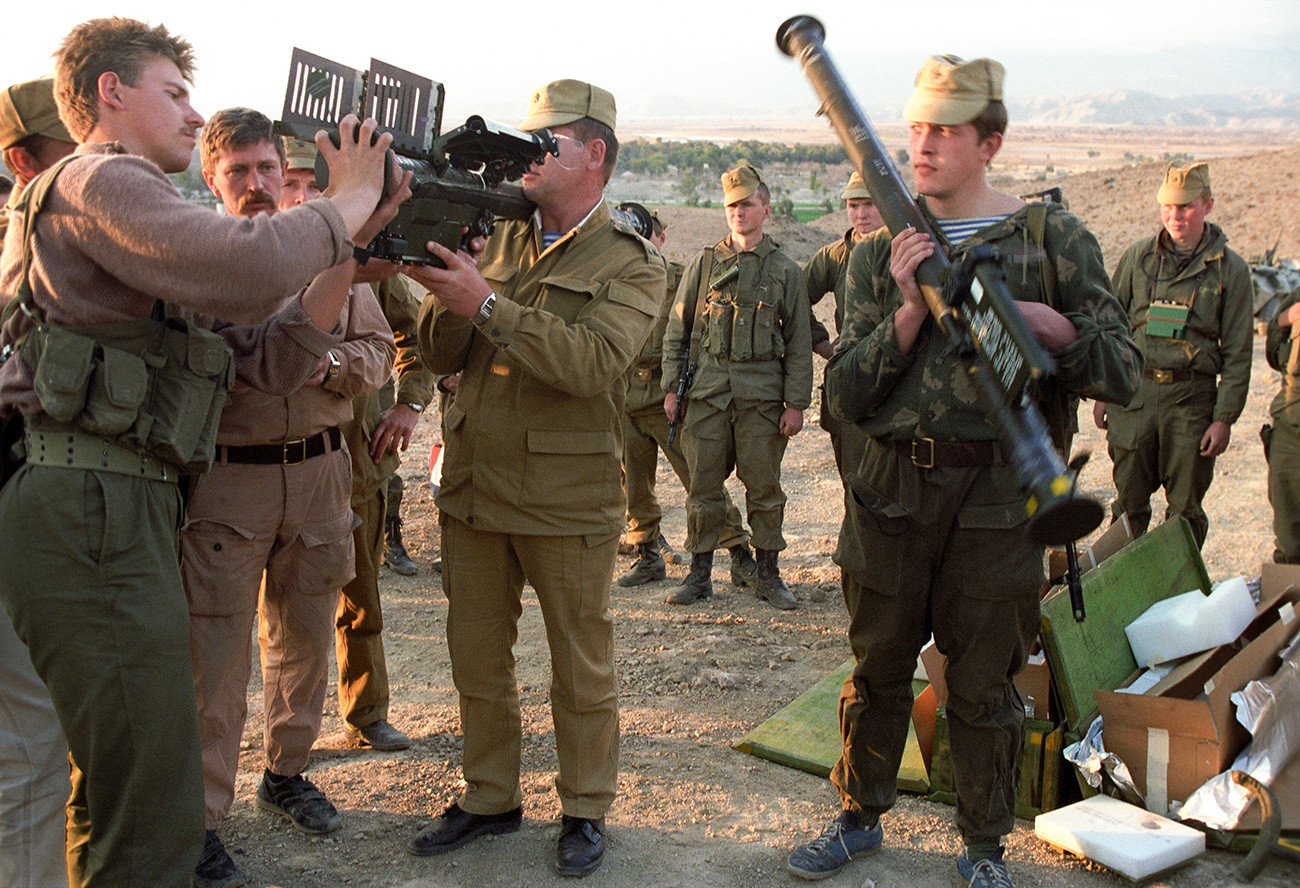 In total, Soviet special service units managed to get eight sets of the weapon

months Soviet special services searched in vain and were only able to obtain fragments of Stingers. But in January of a reconnaissance unit spotted a group of armed men on three motorcycles. “When they saw our choppers they stopped and started shooting at us and fired two missiles… The pilots made a maneuver and lowered the helicopters… The Mi-24s were covering us from above and we started fighting after leaving the chopper,” recalled Lieutenant Vladimir Kovtun. He and four other soldiers won the battle against the mujahideen thanks to the air support. After the squirmish, they searched the enemy and discovered a Stinger and its technical documentation. For years this was believed to be the first time the Soviet came into possession of the missile launcher.

Stingers and the Soviet withdrawal

A few years ago another group of former Soviet soldiers, this time headed by Lieutenant Igor Ryumtsev, claimed to be the first to capture a Stinger – at the end of 1986. In total, Soviet special service units managed to get eight sets of the weapon. However, nobody became the proud owner of the USSR’s Hero award then. The injustice was corrected on the 30th anniversary of the Soviet pullout. Kovtun got the title of Hero of Russia for his courage and valor during the conflict in Afghanistan 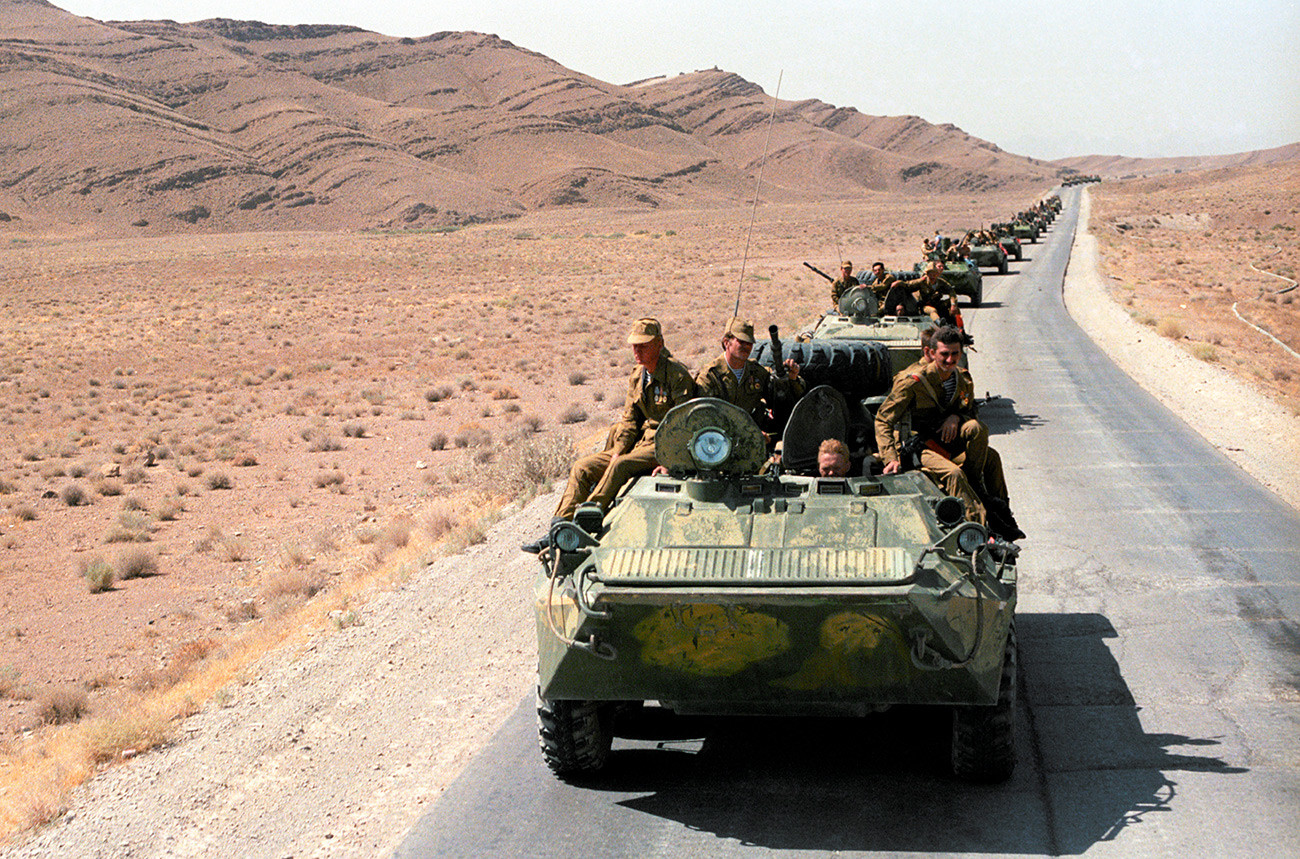 The Soviet pullout from Afghanistan was over on February 15, 1989

And it should be known that the introduction of Stingers did not force the USSR to withdraw from Afghanistan, as it is sometimes claimed – this decision was taken in Moscow much earlier.