Evgeny Khaldei/Sputnik
Many of these cities welcomed Russian soldiers as liberators – but not all.

Here’s a list of foreign capitals where the echo of Russian soldiers' boots walking in unison still resonates. Russian and Soviet cities not included. 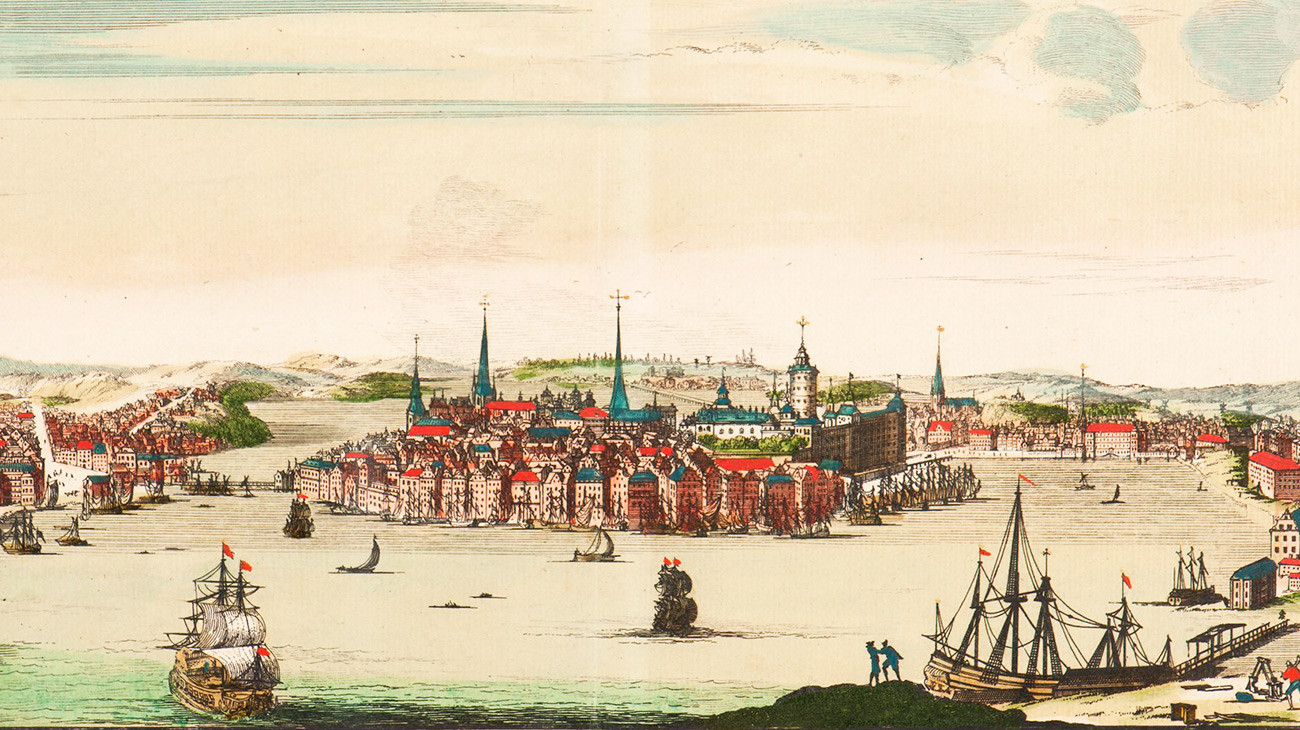 In the 18th century Sweden and Russia fought against each other many times – however, the one occasion Russian soldiers marched into Sweden’s capital they were welcomed with open arms. Sweden was staring down the barrel of a Danish invasion, its own peasants were rioting, so the government asked former enemies to guarantee Stockholm’s safety. Around 12,000 soldiers entered the capital in November of 1743 and stayed there until the summer. 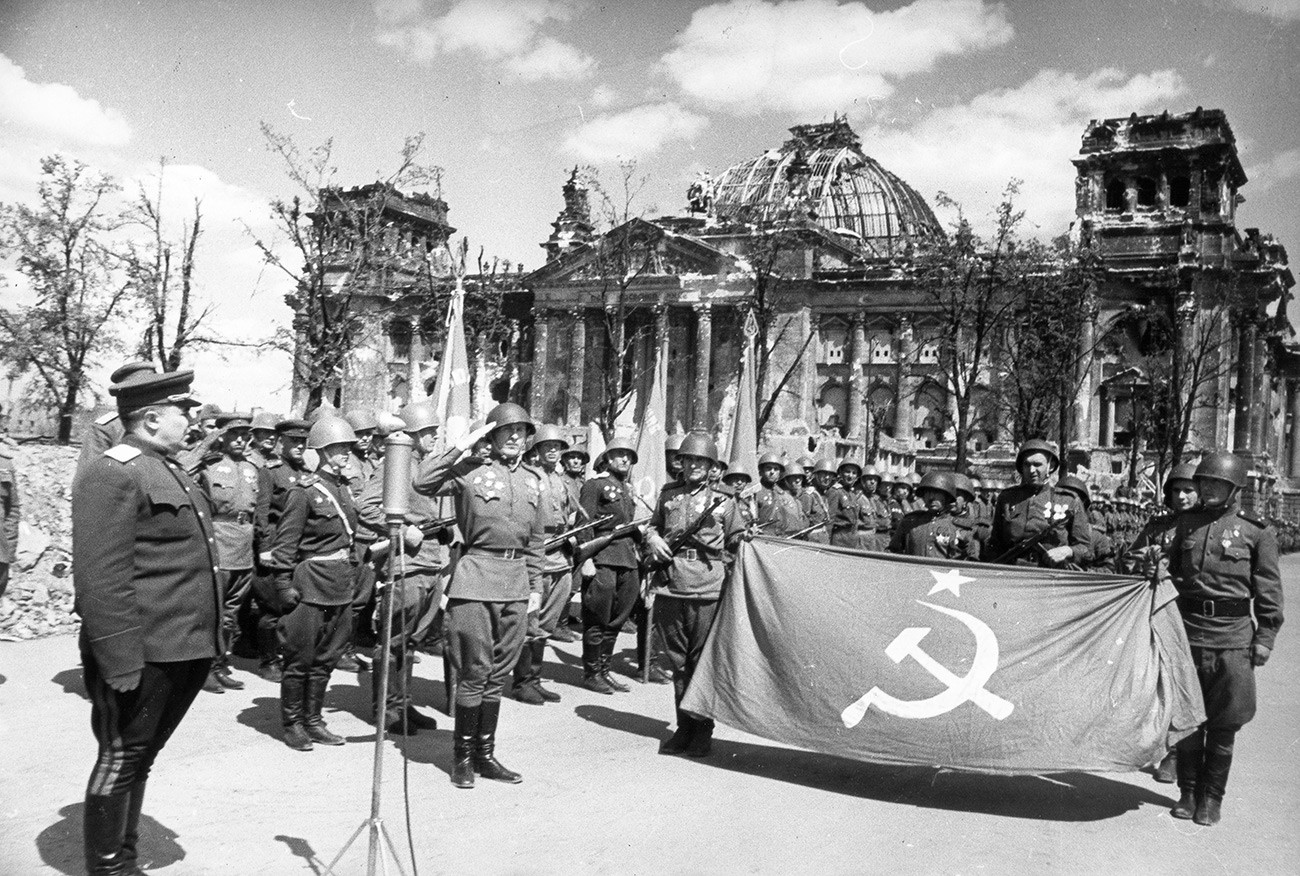 When the Russian army first set foot in Berlin, it was then the capital of Prussia, Russia’s adversary during the Seven Years’ War (1756-1763). While Frederick II, Prussia’s king, was fighting Austria in Silesia, the Russian army stormed the poorly protected capital. It didn’t stay long but the mission was a success.

The other time Russian troops entered Berlin was far more glorious. In what was one of the bloodiest battles of WWII, (80,000 Soviet deaths), the Red Army captured the capital of the Third Reich, driving the last nail into Nazi Germany’s coffin. 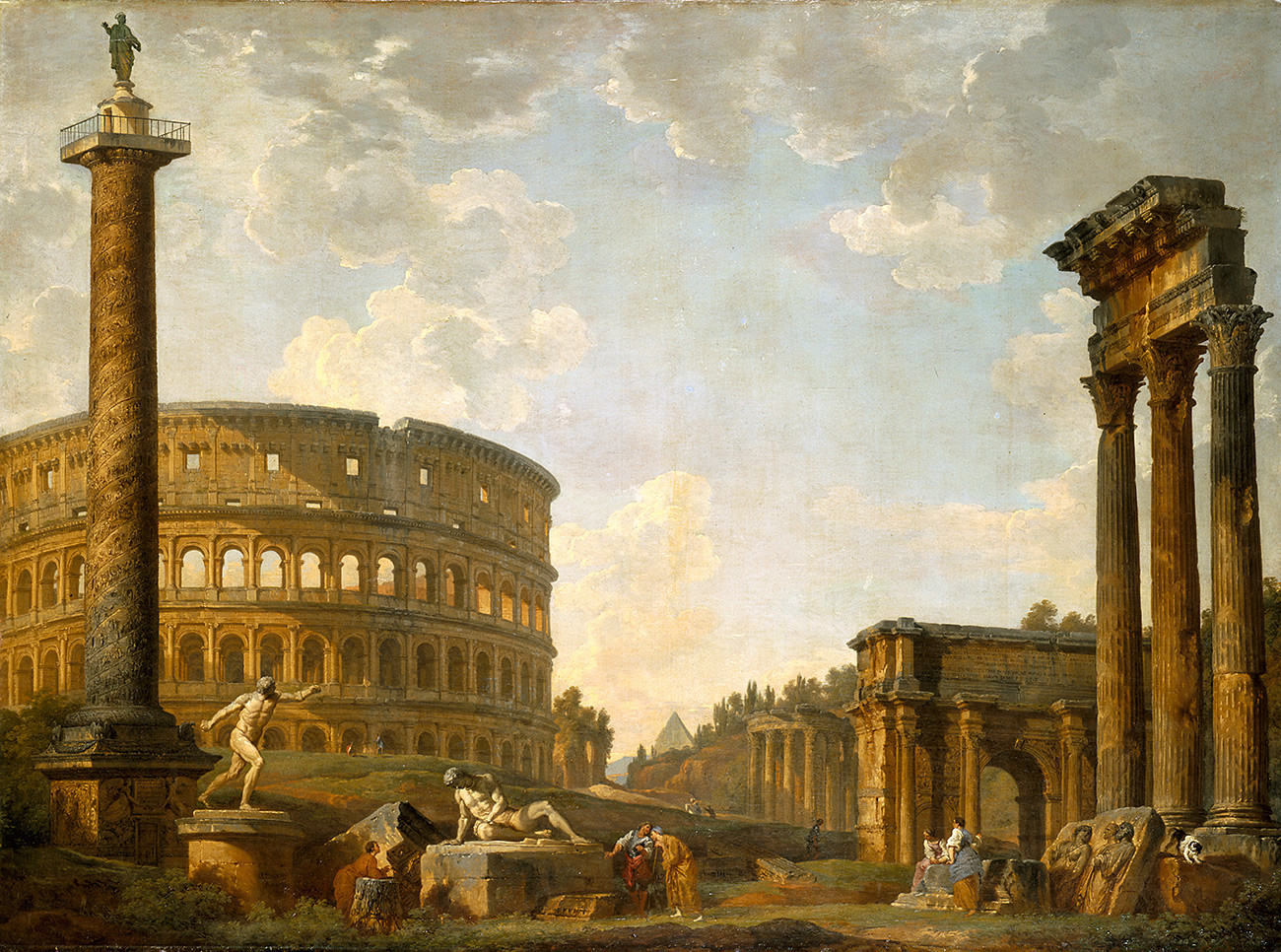 From 1796 to 1797 Napoleon Bonaparte conquered Italy, posing a direct threat to the rest of Europe. Russia reacted with the Italian and Swiss when Commander Alexander Suvorov attacked the French. As part of the expedition, Lieutenant Petr Balabin suddenly advanced on Rome from Naples with 800 troops, forcing the French garrison to retreat. His men set up shop there for several weeks. 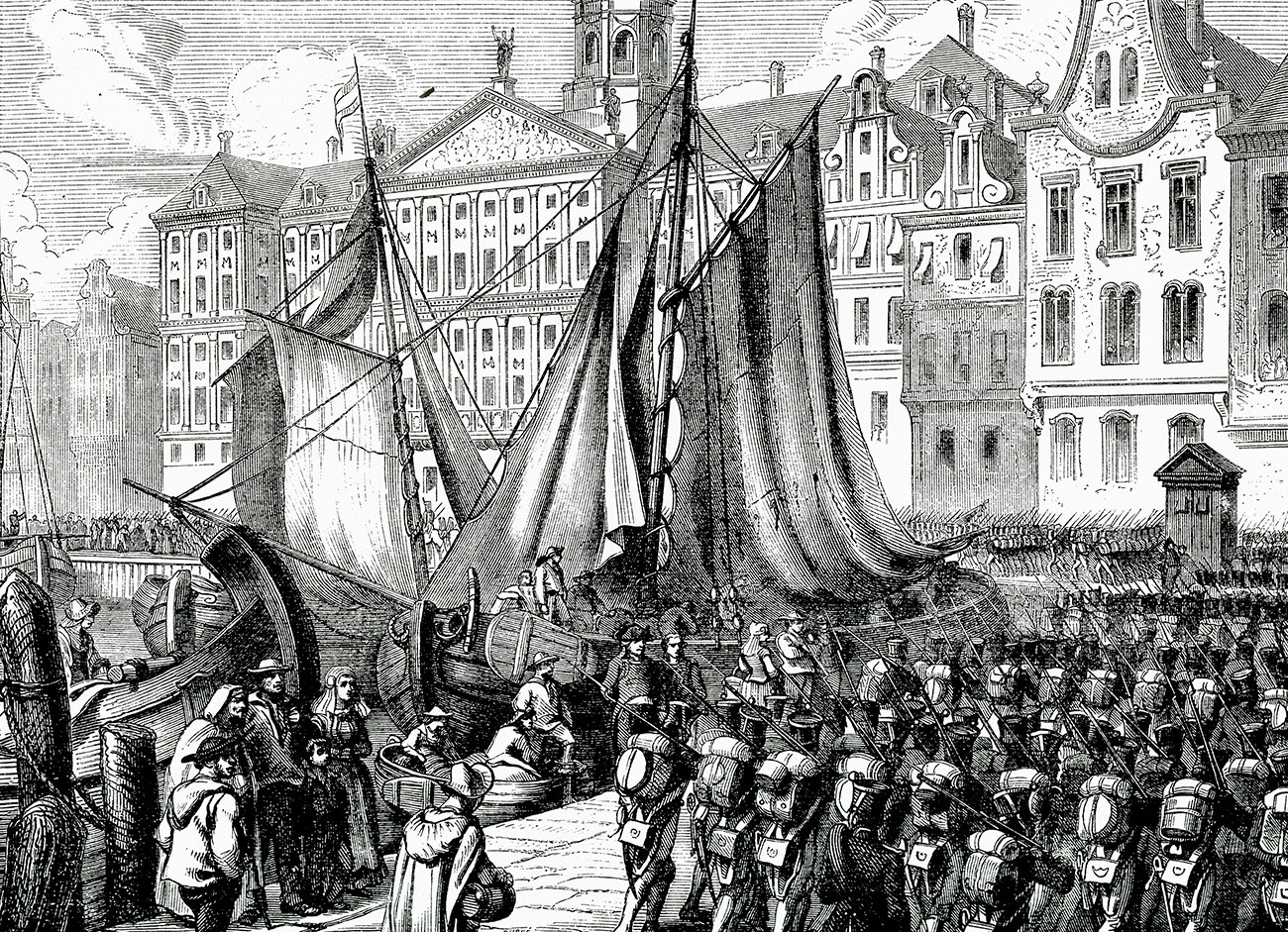 After Napoleon lost the war in Russia in 1812, his back was against the wall. The anti-Napoleon coalition had the upper hand against the conqueror and the European cities under Napoleon’s flag were falling one by one, including former and future capitals of independent states. One of them was Amsterdam – in December of 1813, Russian General Alexander von Benckendorff liberated the city, supporting the Dutch rebellion and welcoming Prince Willem II back from exile. 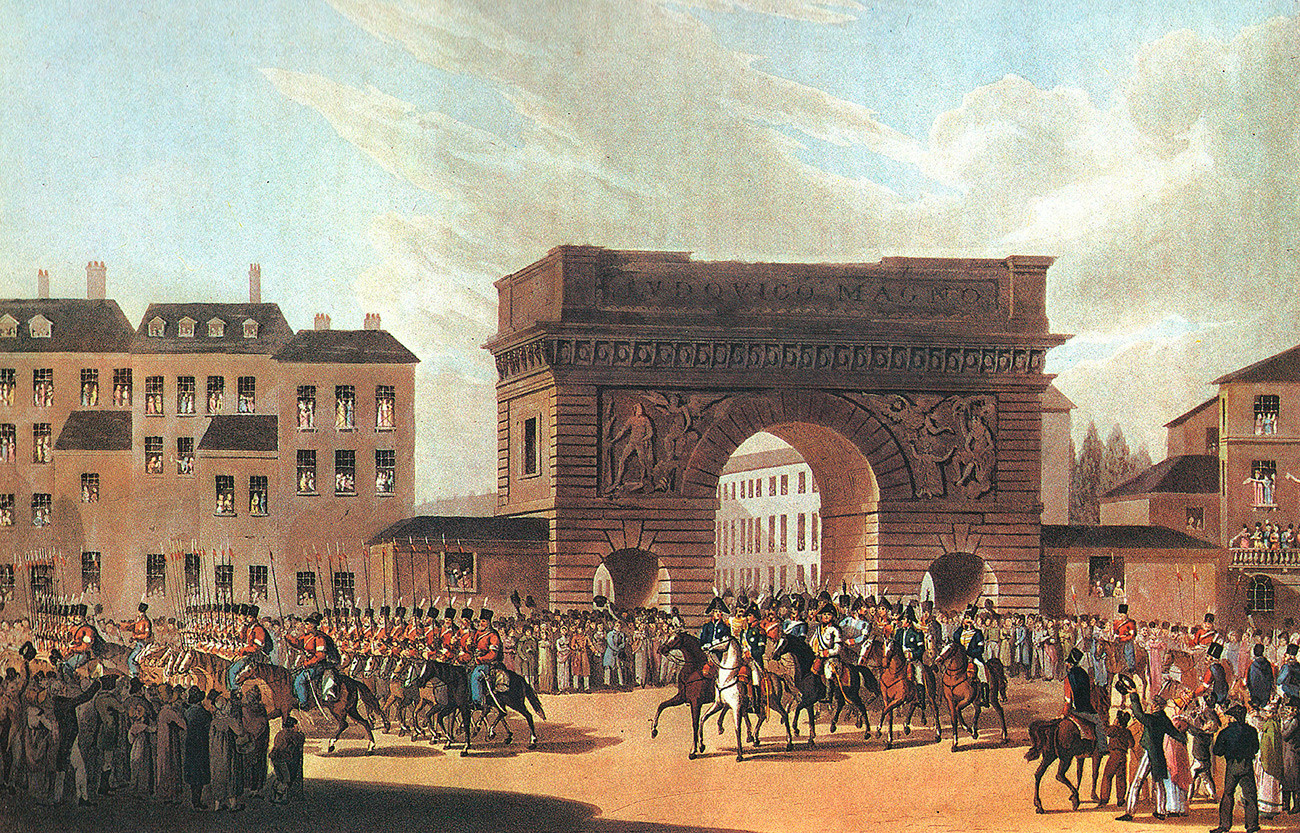 In March of 1814 the coalition finally took Napoleon’s own capital. Emperor Alexander I of Russia played a crucial role in seizing Paris by plotting a plan, which involved distracting Napoleon, who was fighting in the south of France, with minor forces and concentrating on the French capital. After conflict, General Auguste de Marmont surrendered and Paris fell. Napoleon abdicated. 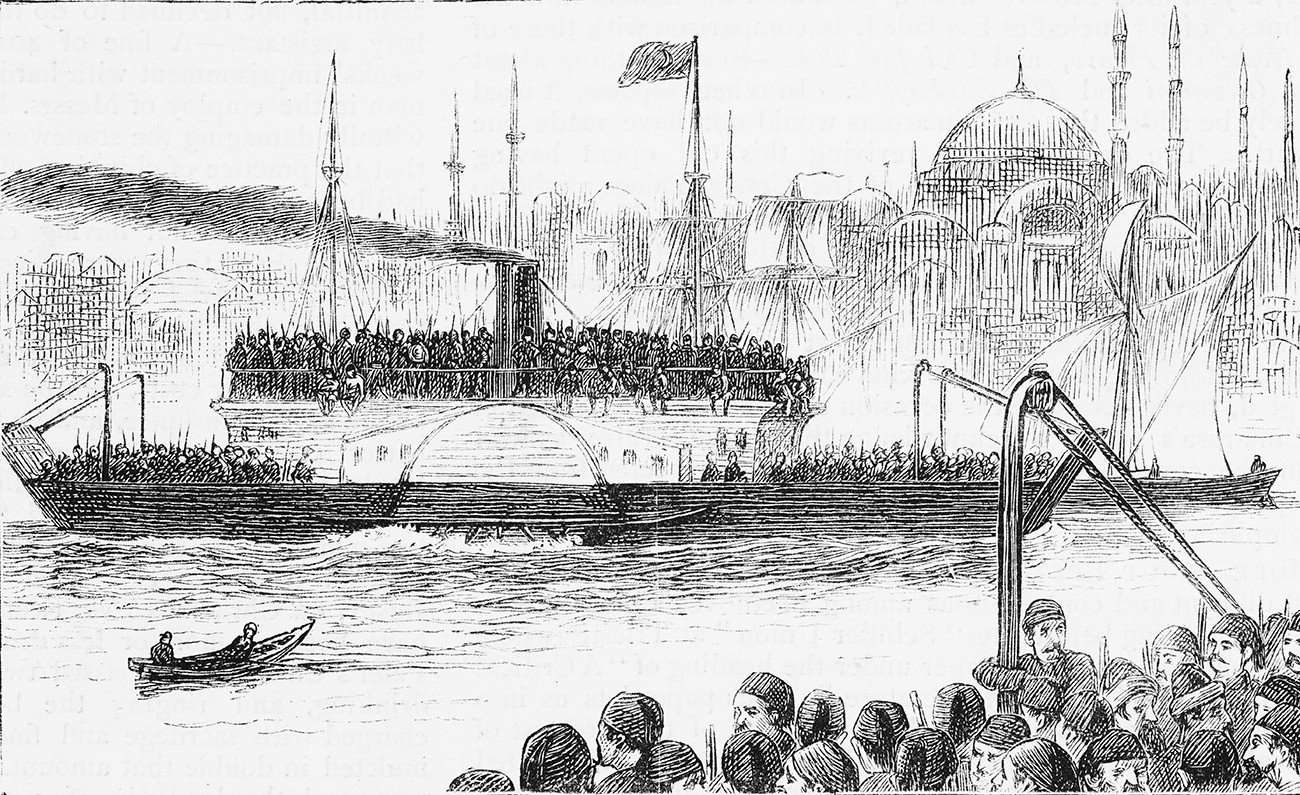 Like Sweden, the Ottoman Empire asked Russia for help, despite past conflict with the country, and Moscow answered the call. By 1833 Muhammad Ali of Egypt, who rebelled against the sultan, had the means to attack Istanbul and bring the empire crashing down. The Russian fleet sailed into the Bosporus in February of 1833 and stayed for five months. Unwilling to fight Russia, Muhammad Ali let Istanbul be. 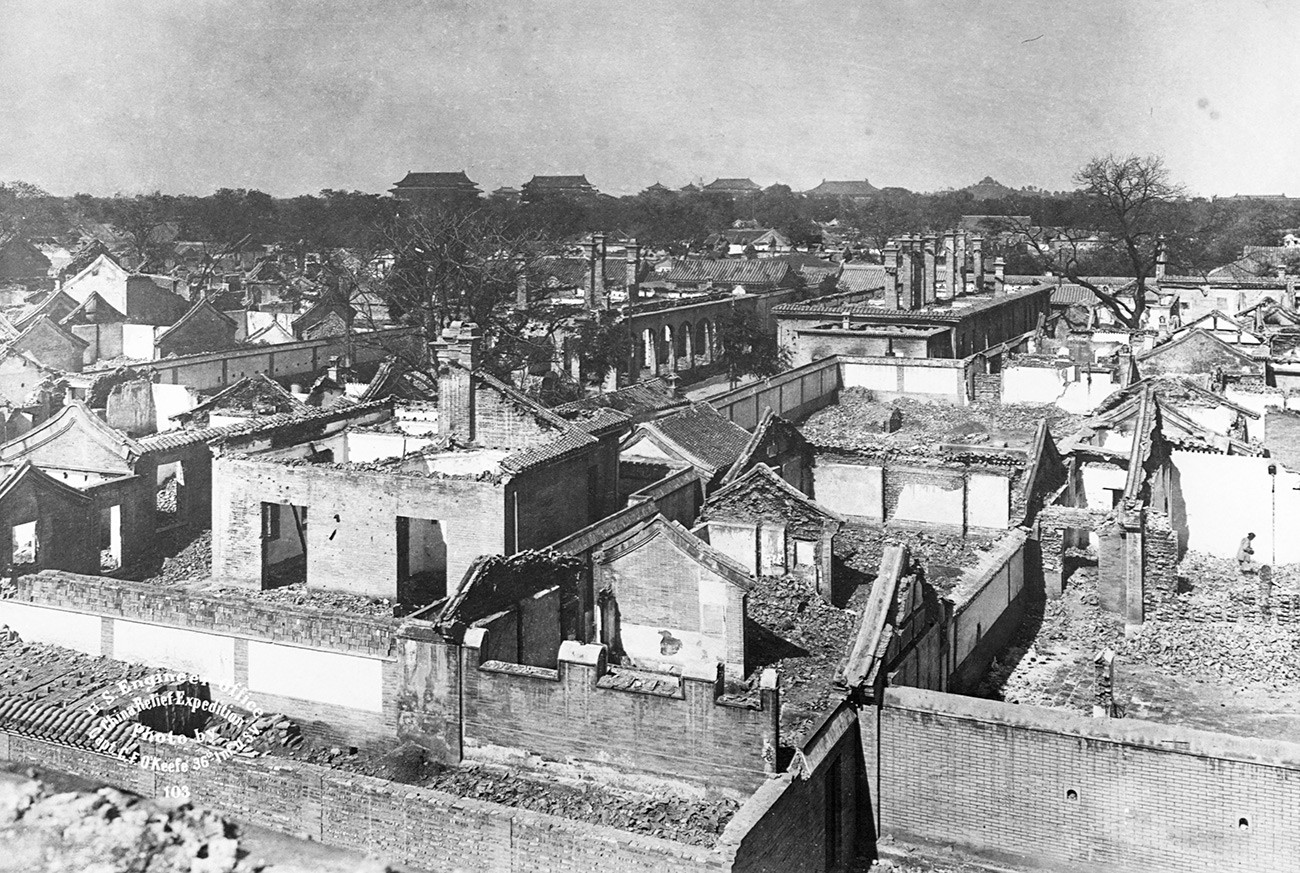 Beijing, damaged after the battle.

In 1900 the Chinese Empire fell into chaos following the Boxer Rebellion, so the mighty foreign powers – Russia, the UK, France, Germany, Japan, the U.S., and Austro-Hungary – . Together they defeated the Chinese army, entered Beijing, and imposed several one-sided treaties. It wasn’t pretty. “For a month, the civilized allies sacked the city like the Mongols did centuries ago,” one Russian correspondent wrote.

This particular episode of WWII didn’t draw much attention yet it was still important: in order to prevent Iran from joining the Axis, the USSR and Great Britain decided to take control of the country, forcing the pro-German shah to resign. The British and their allies attacked Iran from the south, while the Red Army came from the north and surrounded Tehran. The was forced out and Iran remained under direct control of the allies for the rest of the war. Tehran then hosted a conference between the Allied leaders in 1943. 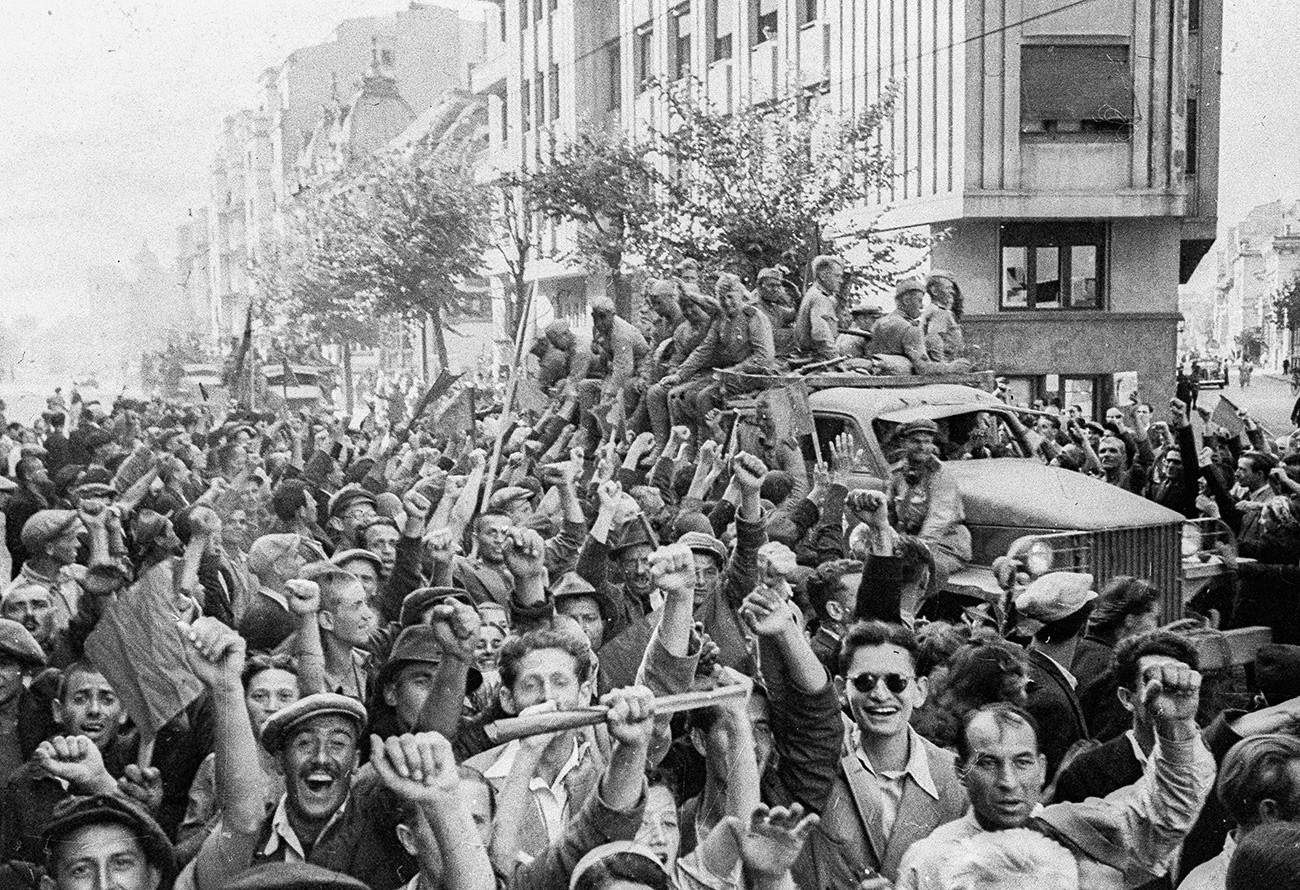 By 1944 the Soviets had turned the tide on the Eastern Front of WWII – they had got rid of the Nazis and were liberating Eastern Europe. Romania, whose leader Ion Antonescu sided with Hitler from 1940 to 1944, was among the first countries the Soviets entered. Antonescu’s regime didn’t last long though – after a Romania switched sides and Soviet troops stormed Bucharest in August of 1944. 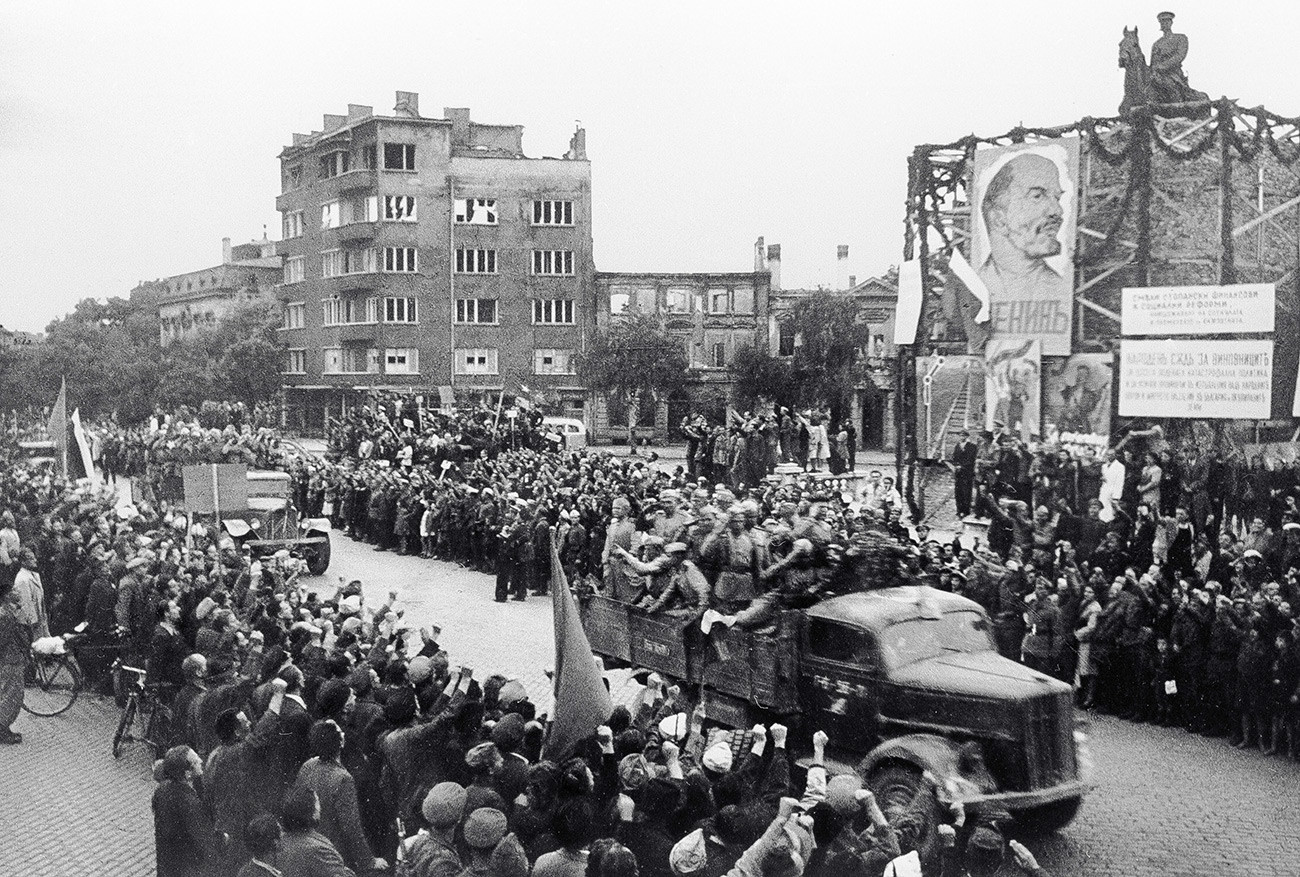 Another state forced into an alliance with Hitler was Bulgaria, but the country never actually fought against the USSR (unlike Romania or Hungary). The Bulgarians were quick to overthrow their pro-Nazi government as the Red Army approached and the new premier declared war on Germany, so the Red Army entered Sofia peacefully on Sept. 16, 1944. 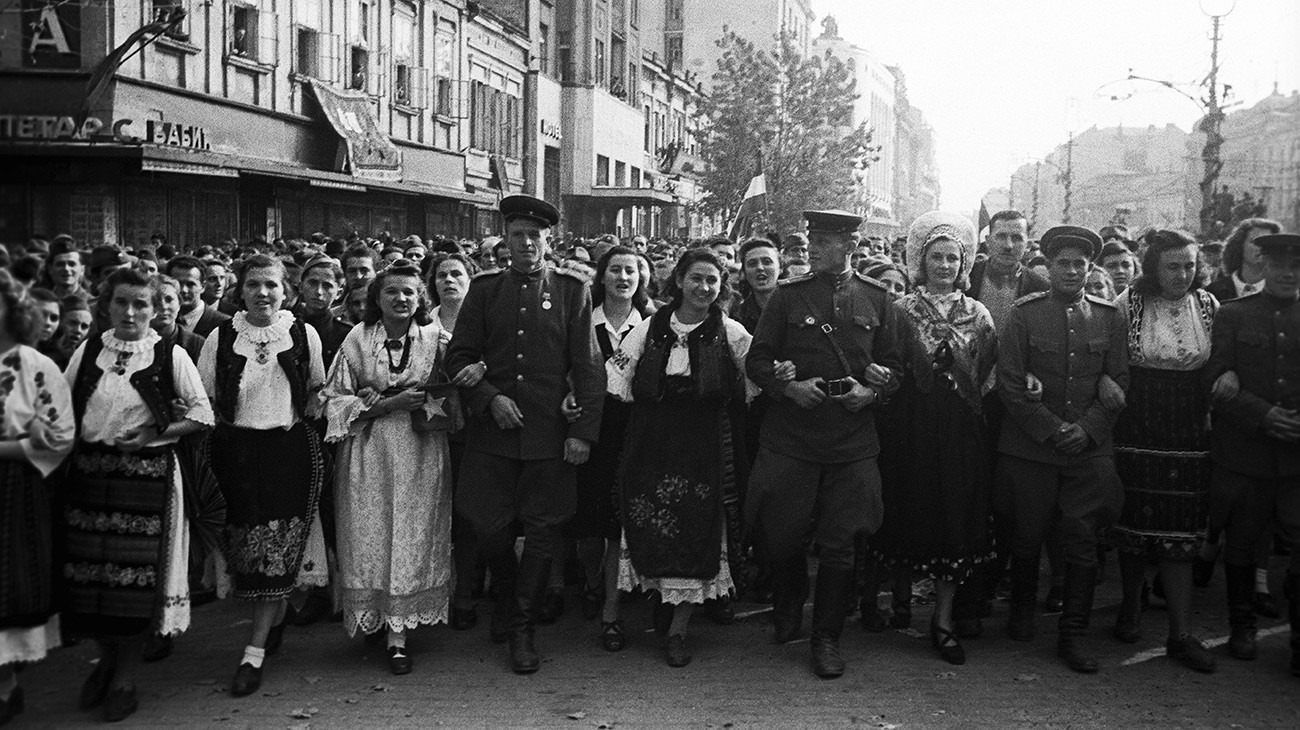 The heart of Yugoslavia, Belgrade, was occupied by the Nazis during WWII and served as the center of Germany’s military command. The Germans fought hard to keep the Balkans under control but the Red Army and Yugoslavian guerilla fighters prevailed, taking the city on Oct. 20, 1944. 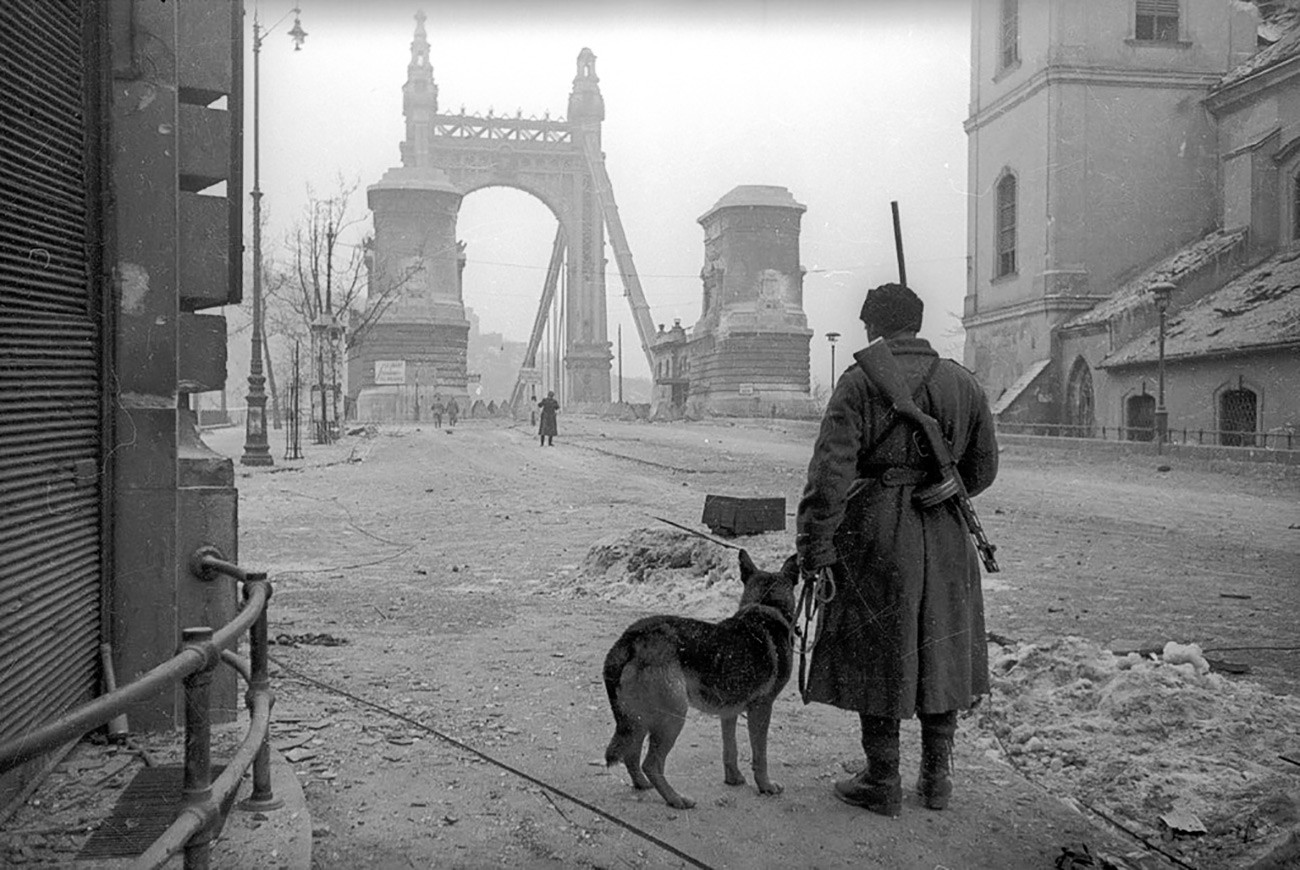 Hungary’s capital Budapest was considered one of the most important cities for the Axis, Hitler even occupied Hungary to prevent the country from changing sides as the Russians approached. The Battle of Budapest was severe and lasted for three months (from October to 1845) and took the lives of approximately 80,000 Soviet soldiers. Nevertheless, the Red Army won, taking the city and releasing around 70,000 prisoners from the Budapest ghetto.

The second time Russians entered Budapest was not as heroic. After Hungarian citizens rebelled against the pro-Soviet government, Moscow sent troops to suppress the rebellion. The clash lasted from Oct. 23 to Nov. 9, 1956 – a total of 669 Soviets and 2,500 Hungarians died. 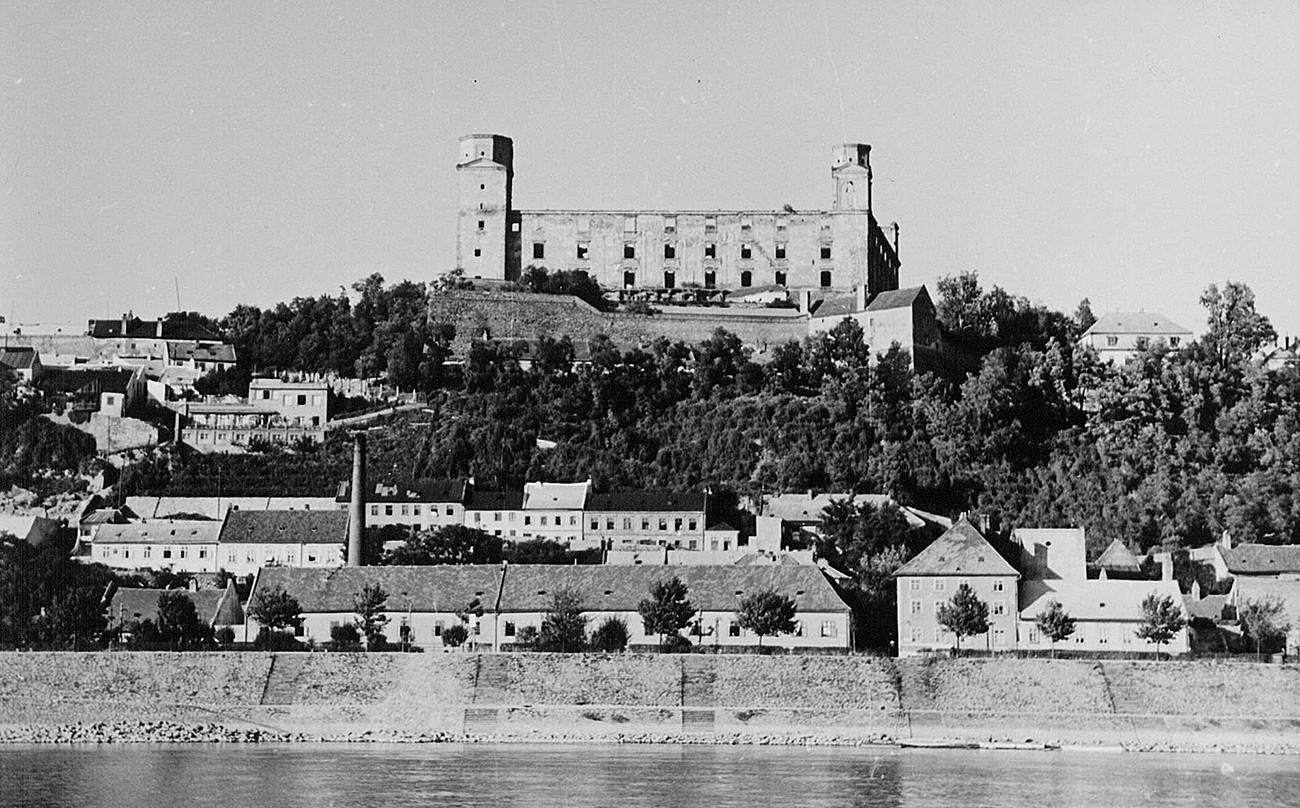 Soviet troops continued marching west through Europe as Nazi Germany was feeling the pressure. Bratislava became yet another future capital of an independent state freed by the Red Army on April 4. The Slovaks welcomed the Soviets as they entered their city. 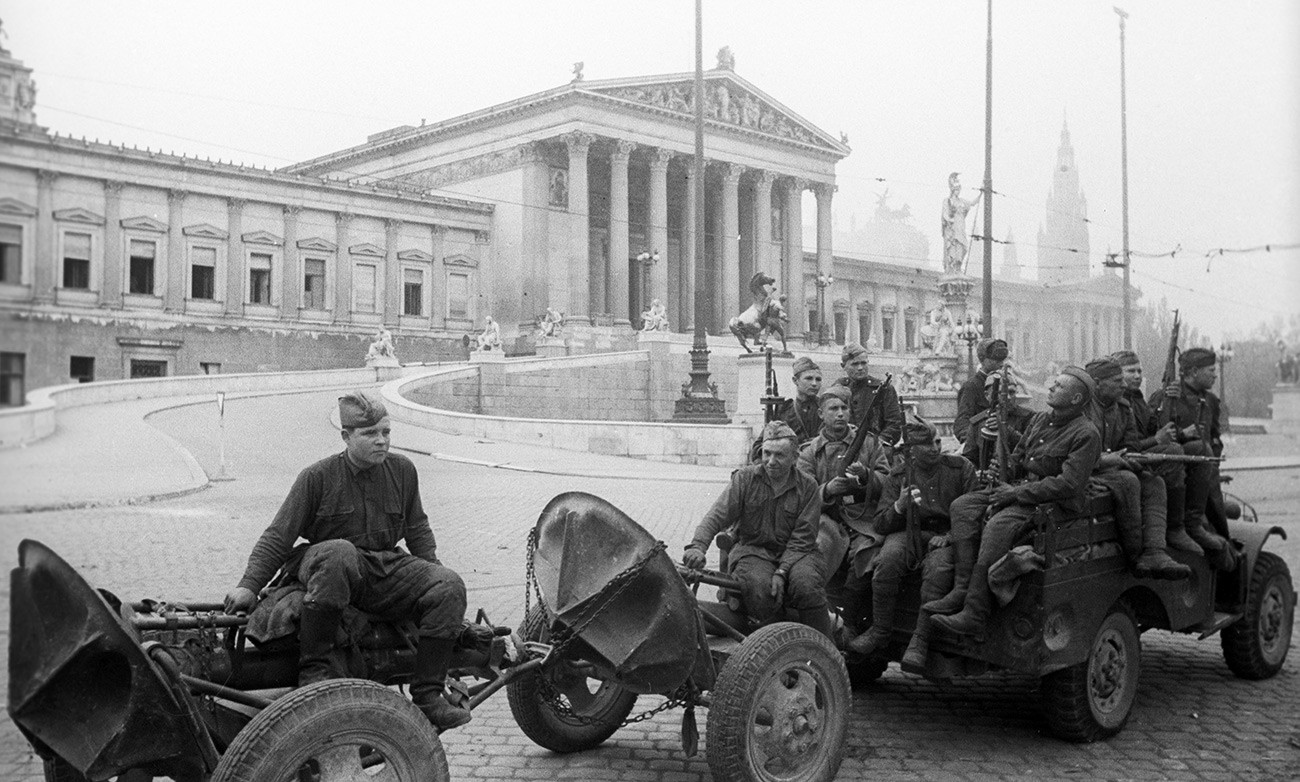 Austria’s capital, annexed by Germany in the Anschluss of 1938, was a key city in Hitler’s empire and was one of the last to fall in 1945. After two weeks of fighting the Soviets liberated the city from the Nazis on April 13, capturing an important industrial district and preparing for the final assault on Berlin. Austria won its independence back right after the war. 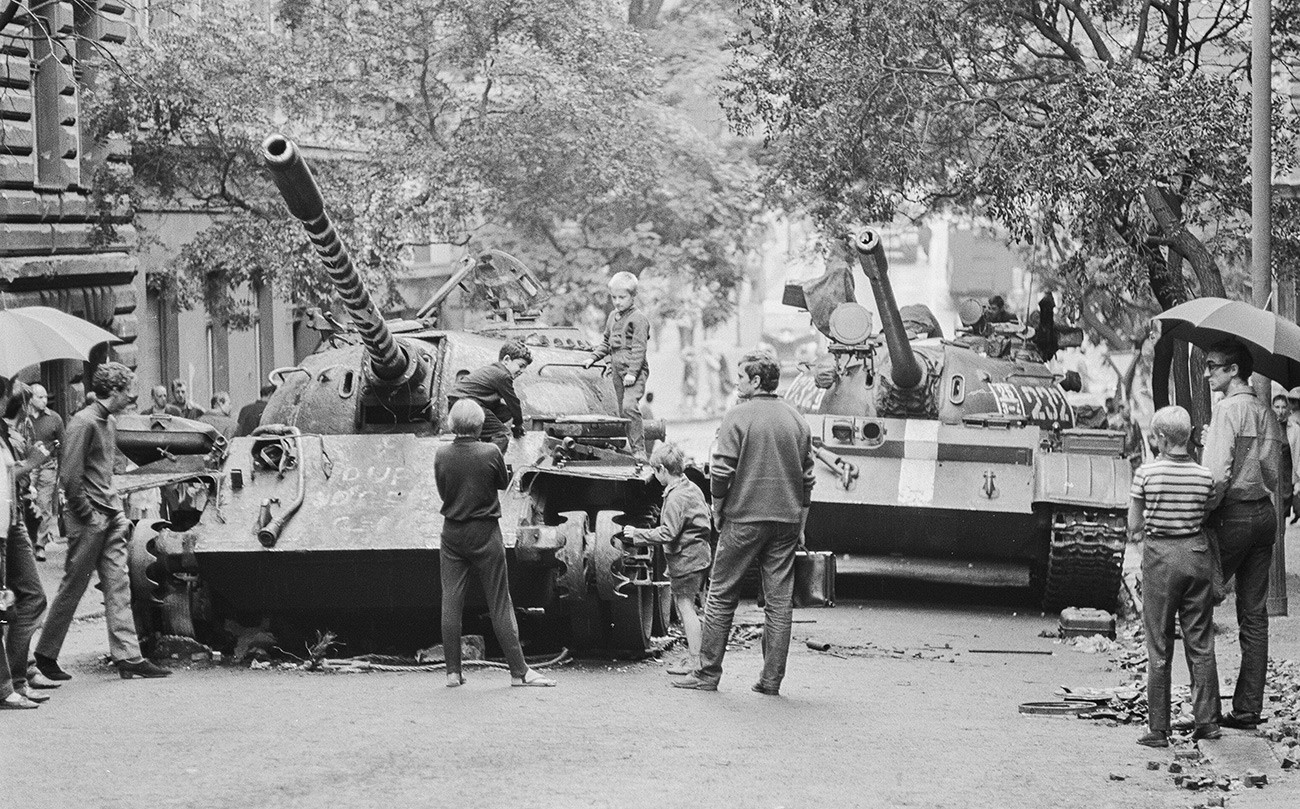 End of the Prague Spring, a period of political liberalization in Czechoslovakia. 1968.

By May 2, 1945, Berlin had already fallen and Hitler committed suicide. So Prague remained the only pocket of resistance and the last obstacle between the USSR and victory in Europe.  From May 6 to 11 the Soviets were storming the city while the German authorities were fighting both them and the Czech uprising that broke out against Nazism. After Prague fell the war in Europe finally ended.

Twenty-three years later Soviet troops entered Prague once again, preventing the Czechs from changing their own policy and embracing socialism. Along with the allies from the Warsaw Bloc (Hungary and Bulgaria), the USSR sent troops to control Czechoslovakia’s sovereignty. For 20 years the democratic reforms were postponed. 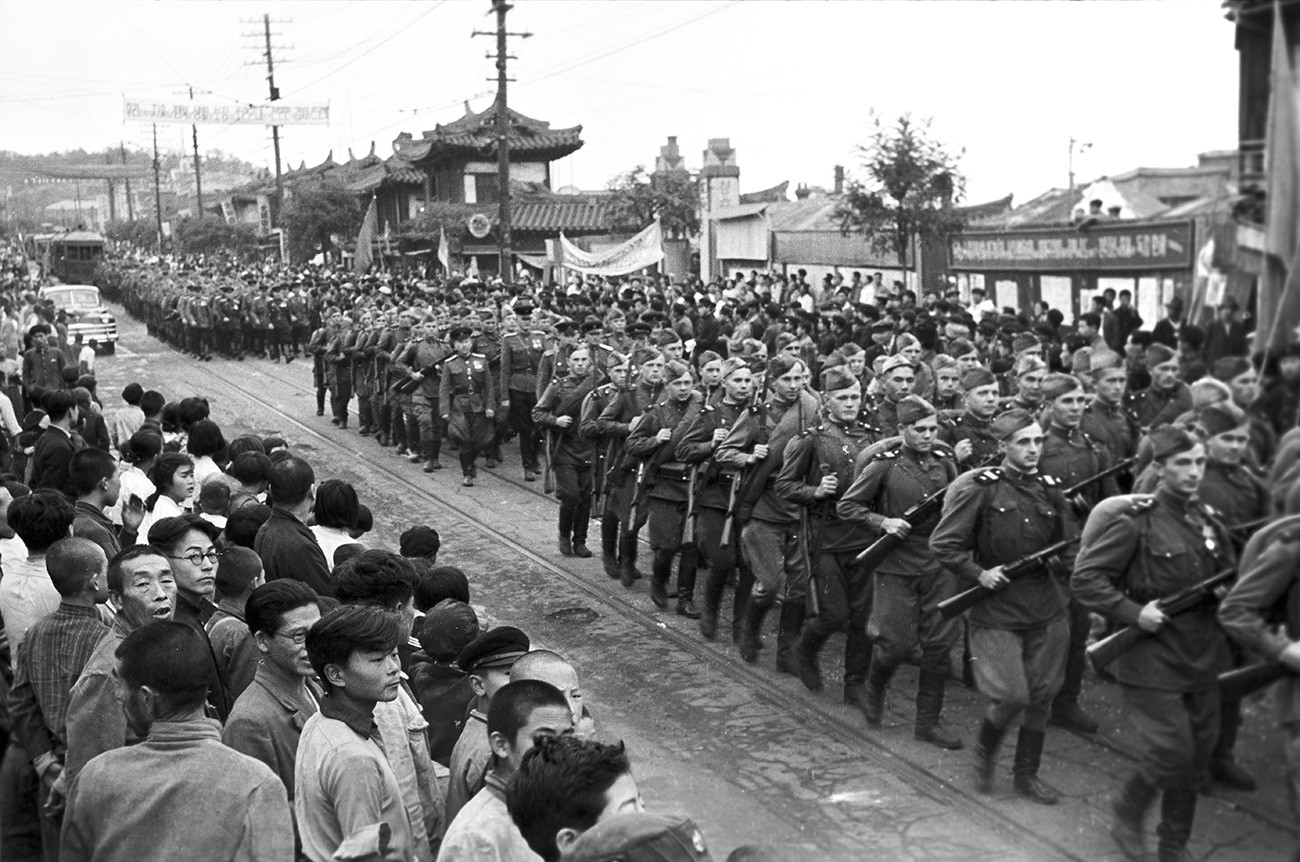 On Aug. 8, 1945, three months after Germany was defeated, the USSR declared war on Japan, quickly erasing the Kwantung Army from the continent. They liberated the Korean city of Pyongyang, soon-to-be capital of North Korea, on Aug. 20. Koreans, deprived of their independence since 1910 welcomed the Red Army with open arms. They had no idea that Korea’s troubles were far from over, with the separation of North and South and a bloody Korean war just ahead of them. 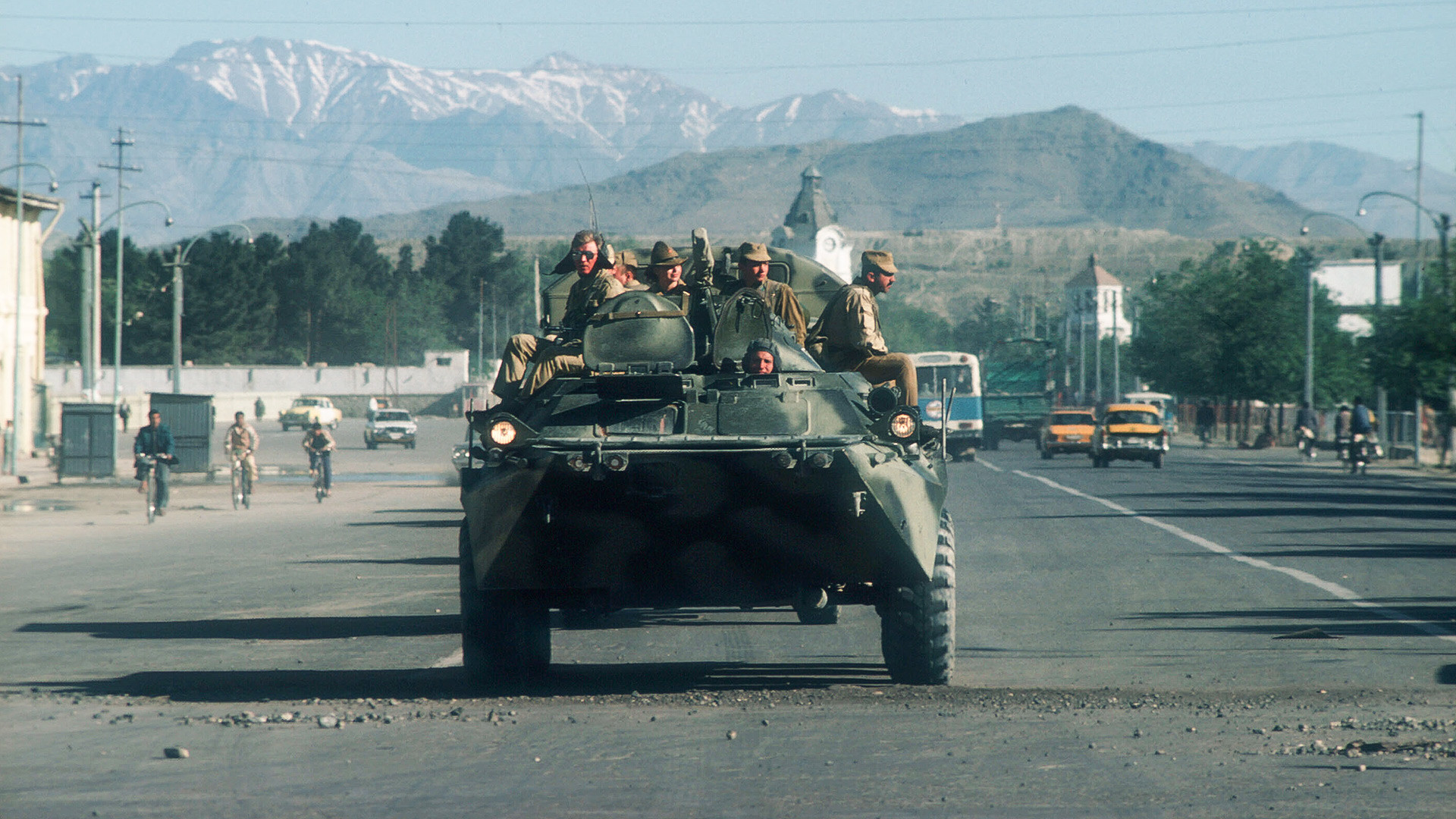 Afghanistan in 1979 was a mess with rebels controlling a large part of the country, not to mention coups that shattered the ruling pro-Soviet party and rumors that the Afghan leader might side with the U.S. Moscow decided to change the regime (Amin was killed) and send troops in. It was not an easy decision and, as it turned out, not a good one either.  Involvement in the Afghan War cost the USSR 15,000 lives and the pro-Soviet government fell weeks after the Soviets left in 1989.