Elbe Day: When Russians and Americans embraced and shook hands in friendship 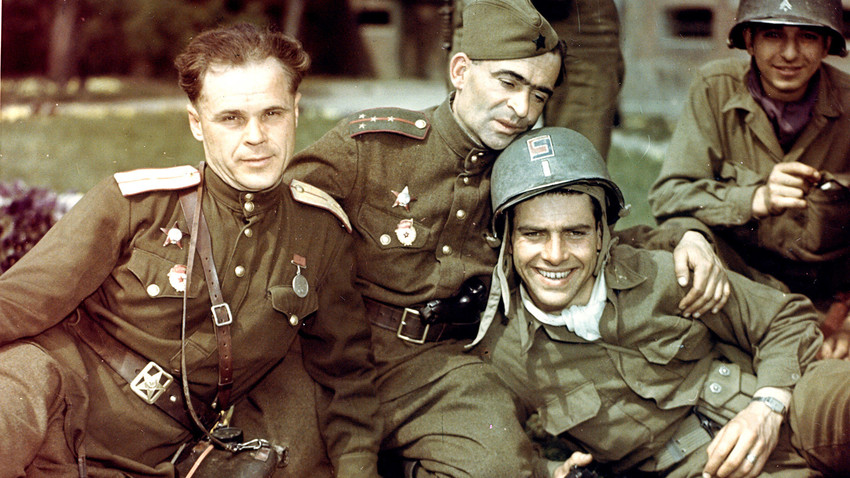 Getty Images
Never before, or since, have relations between the two superpowers been so cordial as during the meeting of the two armies on the Elbe River at the end of World War II.

In spring 1945, Soviet and American troops were inexorably moving towards each other, smashing the remains of the Third Reich from opposite directions. A meeting between the Allies was inevitable, and it finally happened on April 25 on the Elbe River, not far from the city of Torgau in northwestern Saxony. This remarkable event became known as Elbe Day. 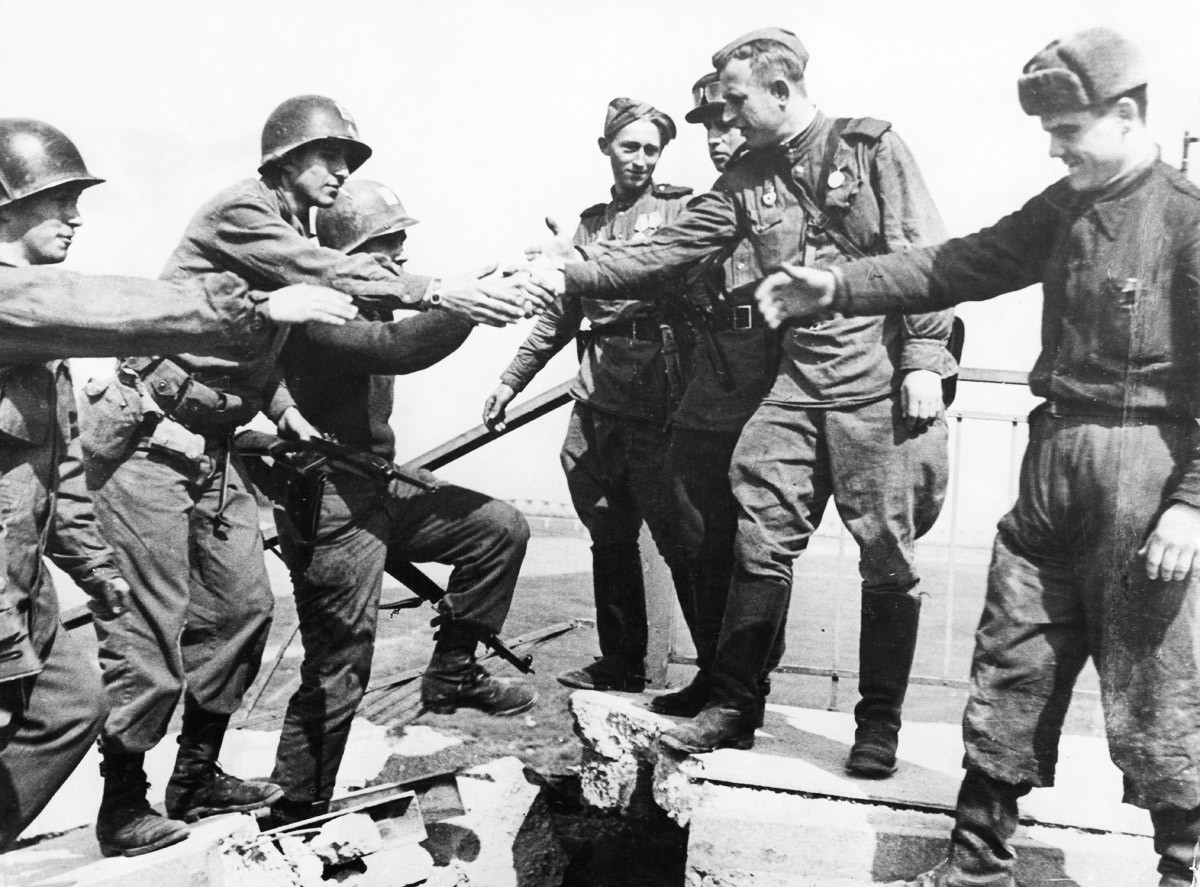 When the Soviet 5th Guards Army commanded by General Alexey Zhadov and the U.S. First Army of General Courtney Hodges met on the Elbe, they effectively cut Germany in half, dealing a mortal blow to what was left of the Wehrmacht and SS troops. 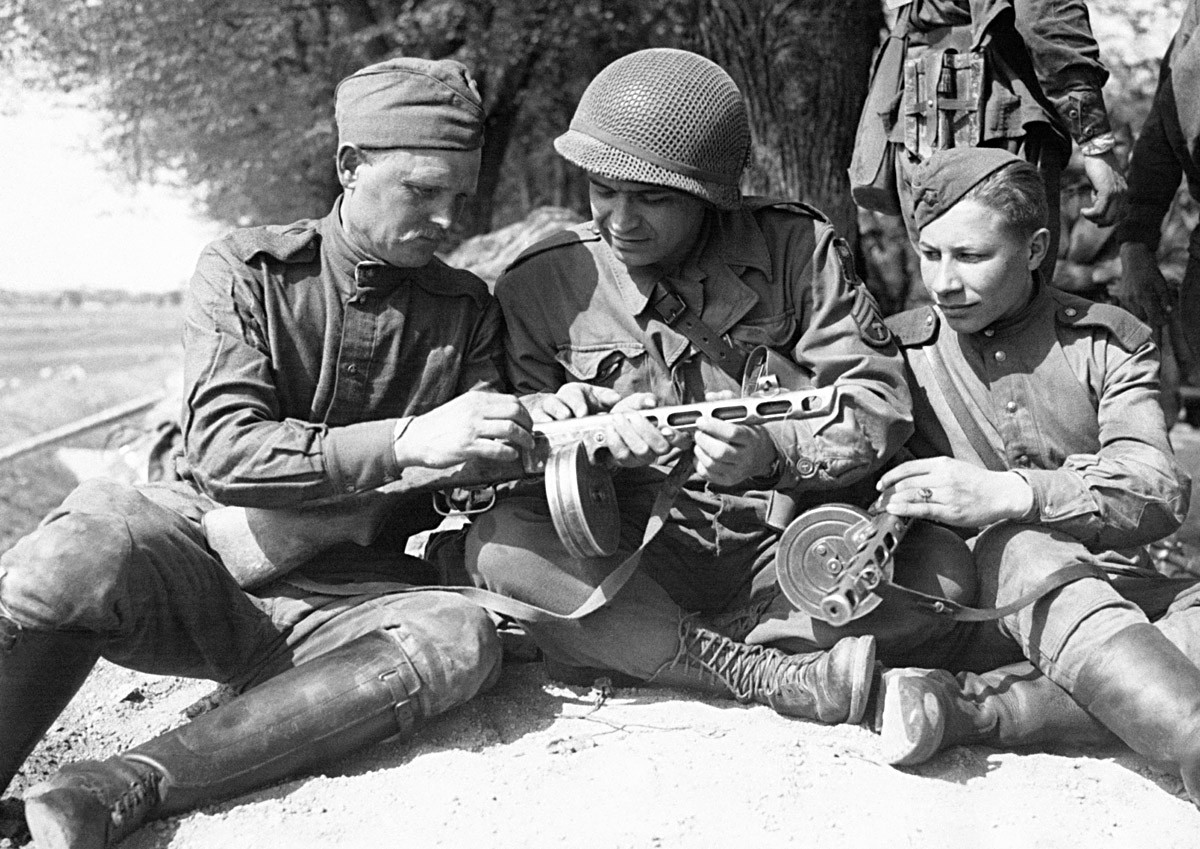 American troops arrived on the Elbe several weeks before the Soviets. In theory, they could have continued their advance to Berlin. However, since the Allied command abandoned plans to attack the German capital, the Americans didn’t cross the river and waited for the Soviet troops. 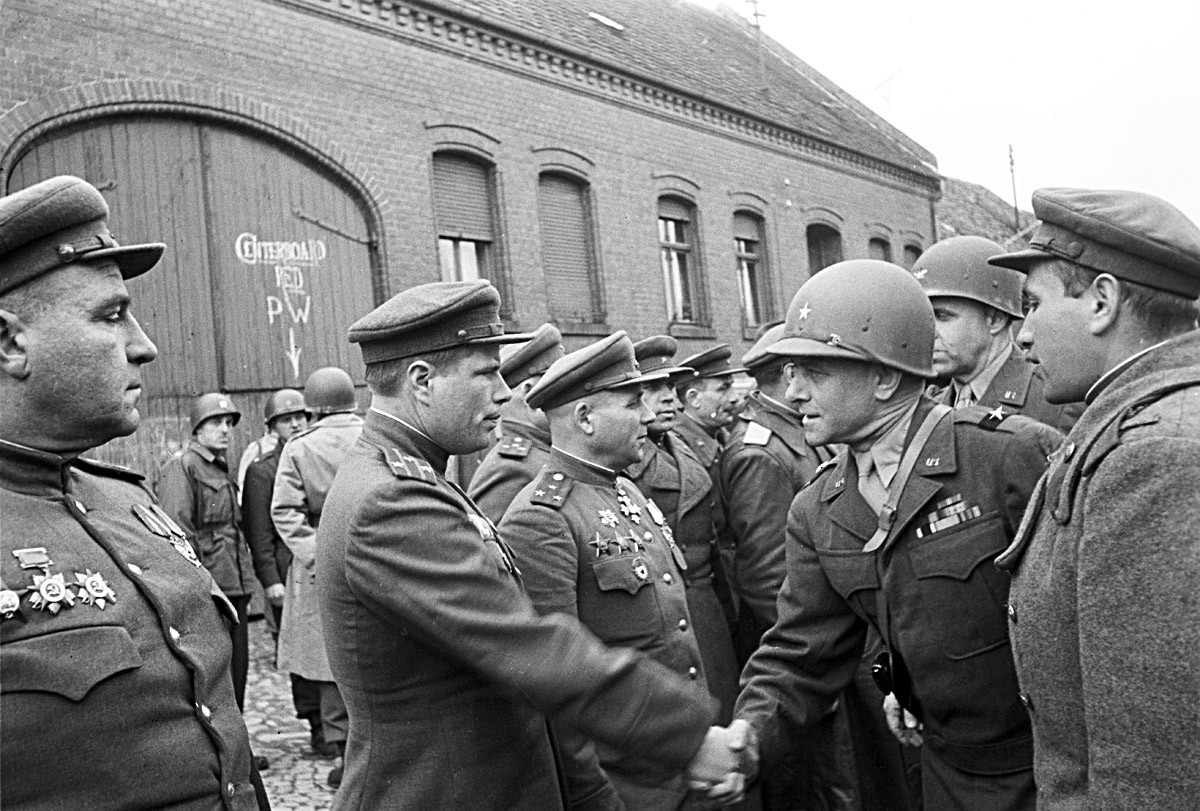 The first Americans who encountered the Soviet soldiers on the Elbe was a patrol unit led by 1st Lt. Albert Kotzebue near the town of Strehla. Later the same day, near the destroyed bridge in Torgau, another U.S. patrol under 2nd Lt. William Robertson met the Soviet patrol commanded by Lt. Alexander Silvashko. 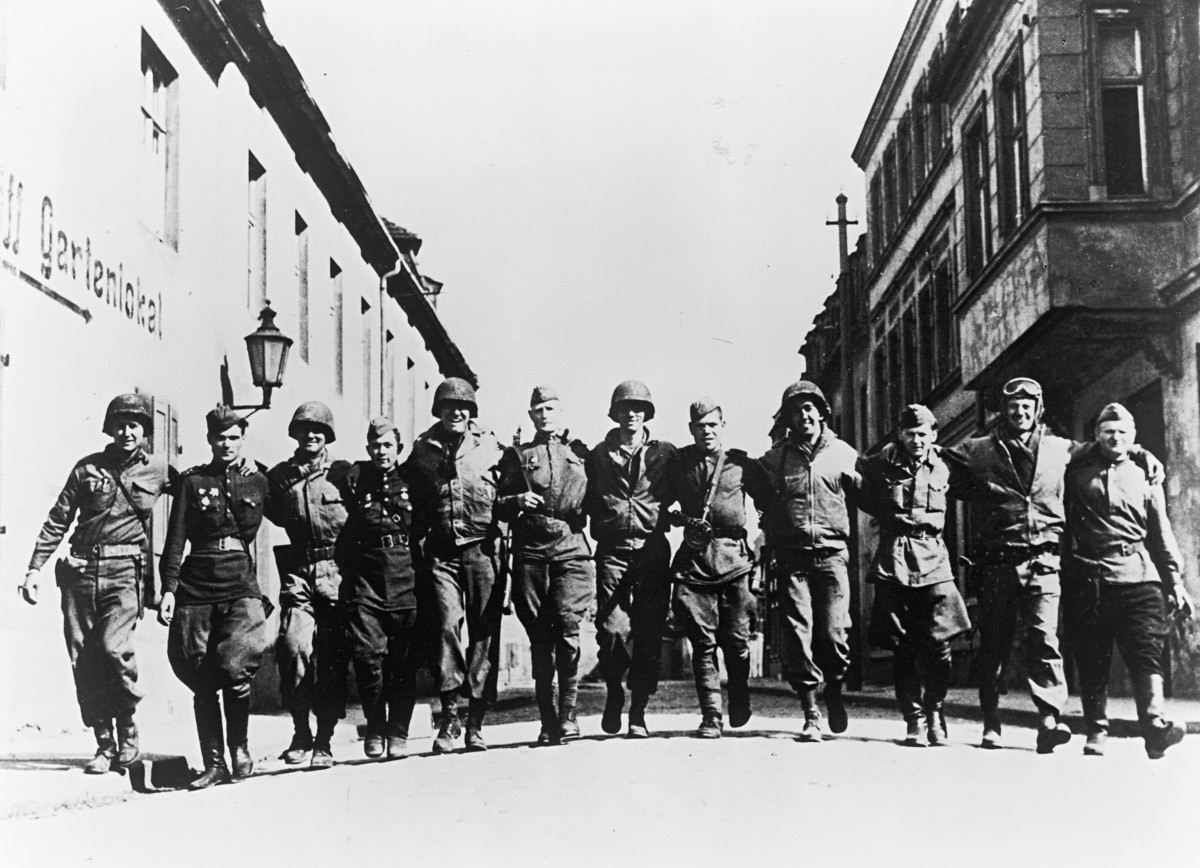 At first, the Soviets confused the Americans with Germans, but soon realized their mistake. An officer, Alexei Gorlianski, remembered that he almost accidentally shot the approaching Americans, but didn’t open fire when one of them yelled: “Muscovi-Washington. Hitler caput. Harrah!'” 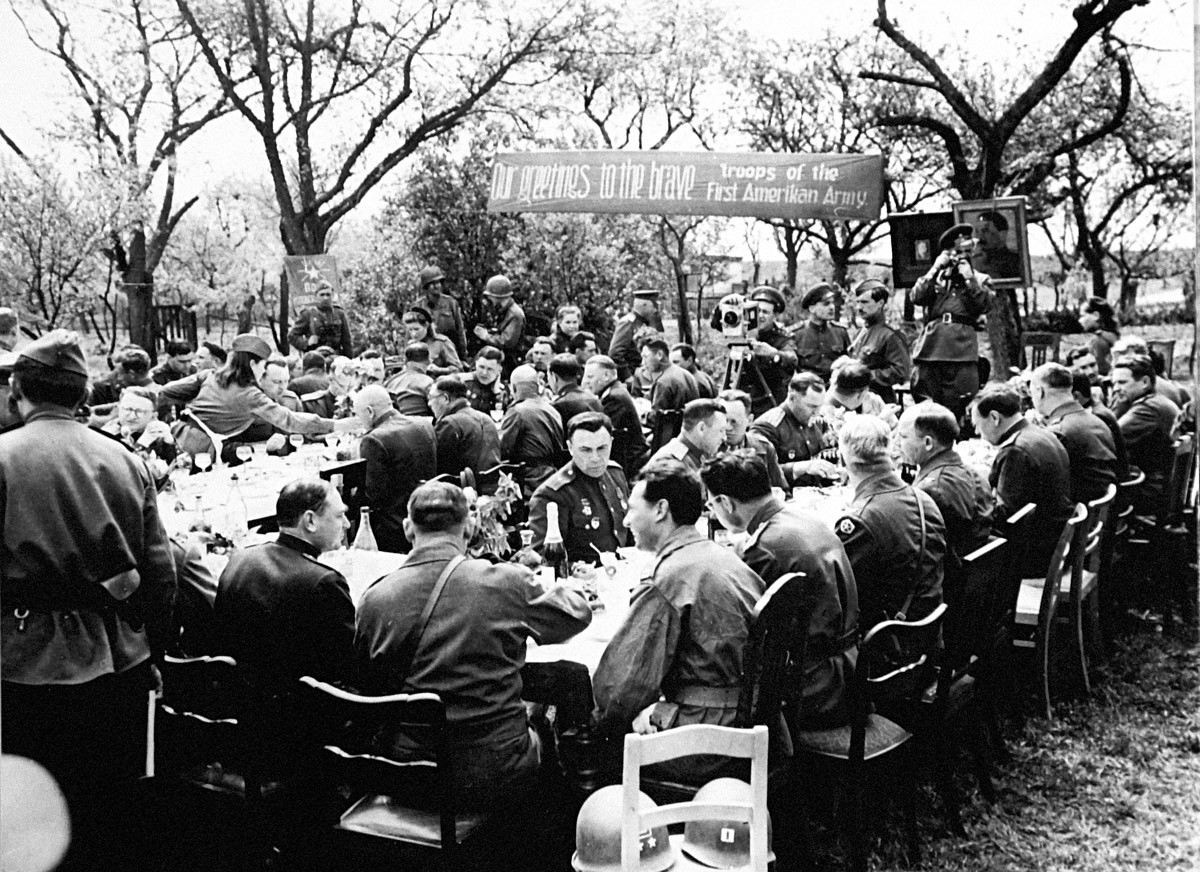 ″Once they recognized us, we were all buddies,″ Cpl James J. McDonnell recalled. ″We couldn’t speak Russian, and they couldn’t speak English, but the hugs and handshakes said it all.″ 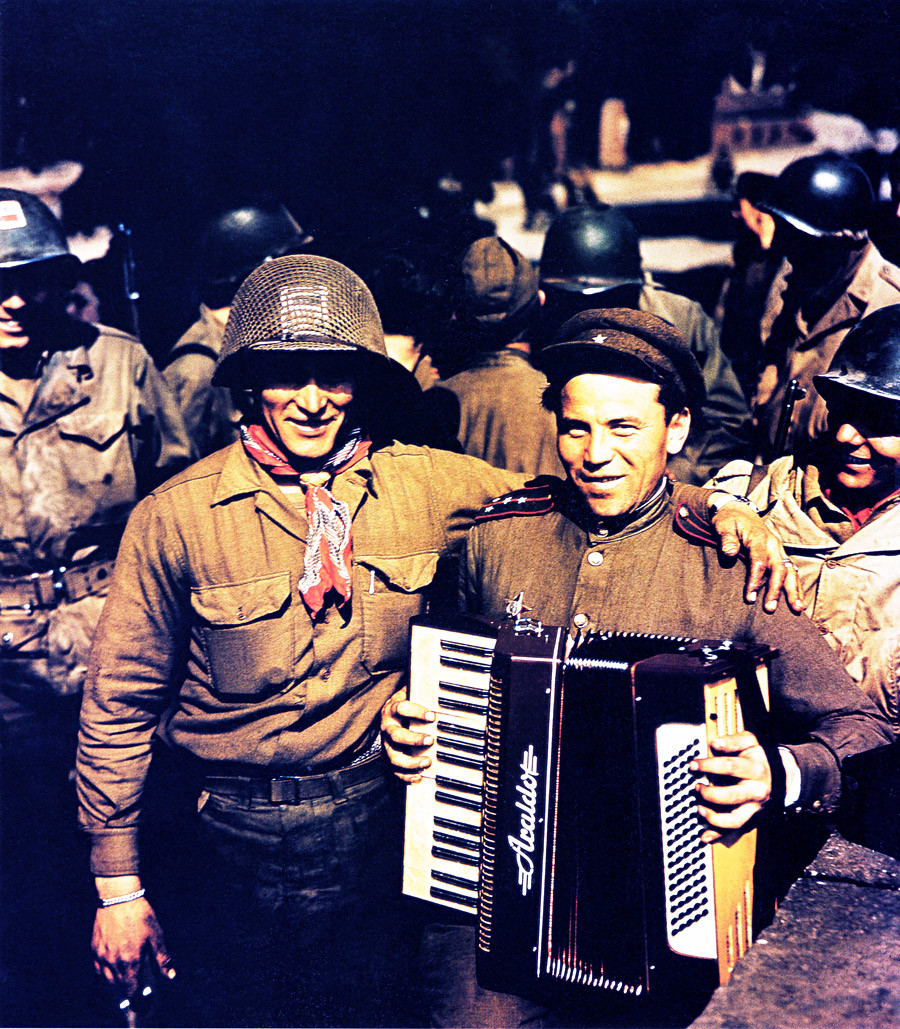 Silvashko and Robertson were chosen to make history. During official ceremonies and celebrations, a stock photo was made with them warmly greeting each other against a background of Soviet and American flags, and a poster saying “East meets West.” This photo went viral across the globe, becoming a symbol of unity among the Allies. 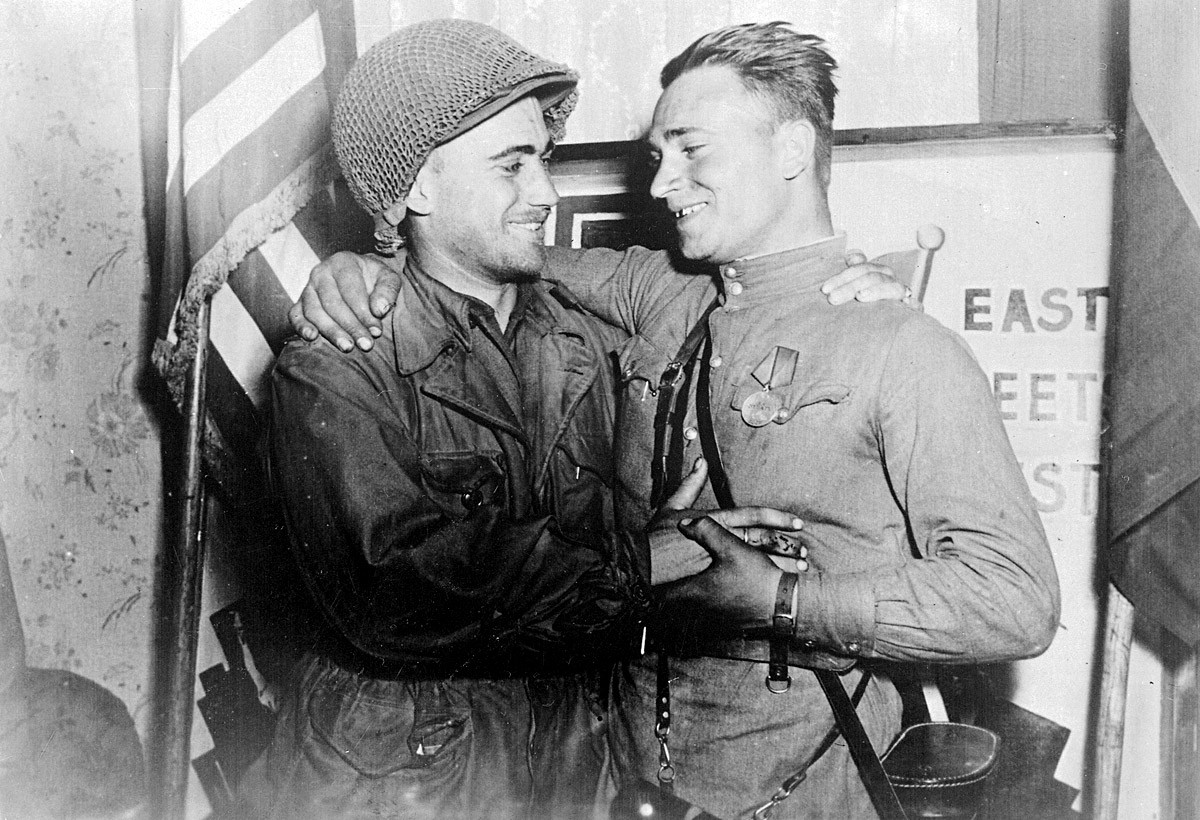 Despite the later cooling of relations between the two countries, Robertson and Silvashko stayed good friends for the remainder of their life. Robertson several times visited the Soviet Union to see Silvashko. 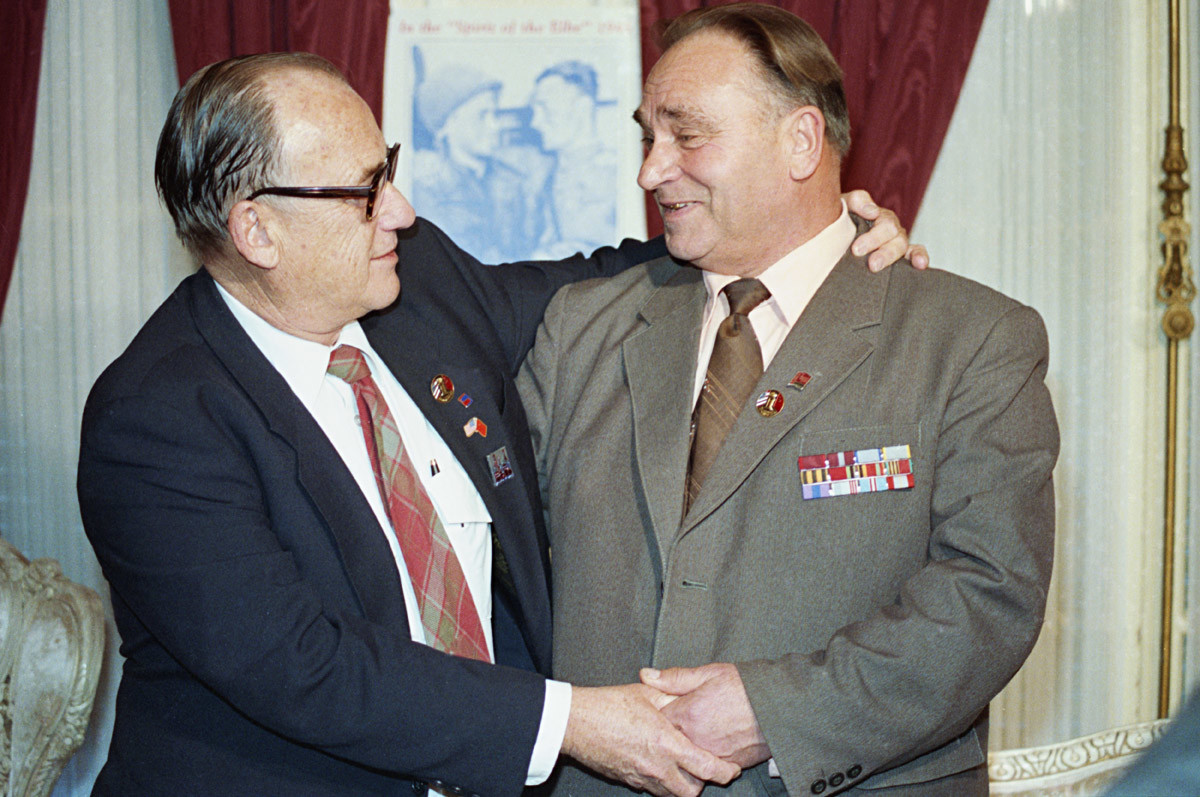 The soldiers were drinking, dancing and exchanging souvenirs: buttons, stars and patches from each other’s uniforms. ″Somebody got my wristwatch, and I got his,″ Robertson recalled. High-ranking officers exchanged their weapons. 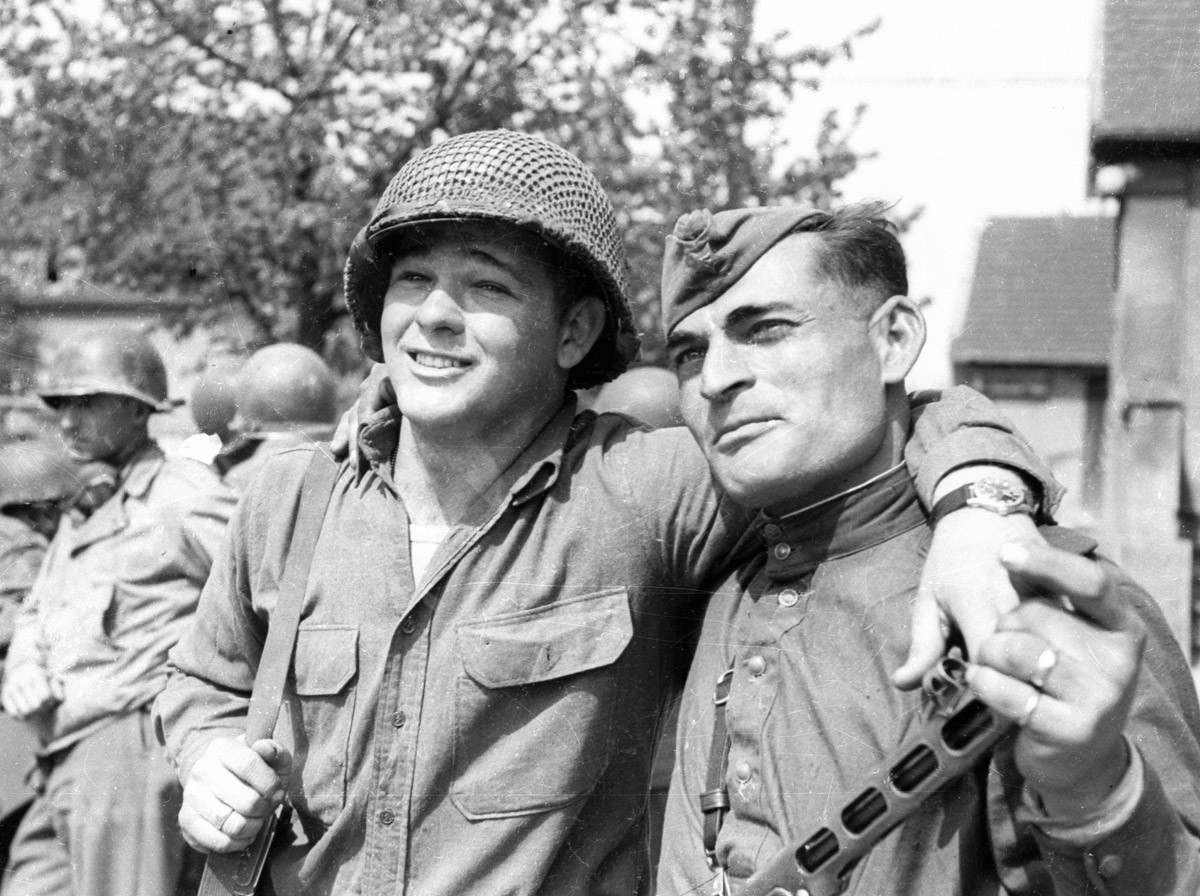 Even though a few British troops were present on Elbe Day, their main meeting with the Soviets occurred later, in early May, when the British Second Army established contact with the Soviet 3rd Guards Tank Corps near Wismar in northern Germany. 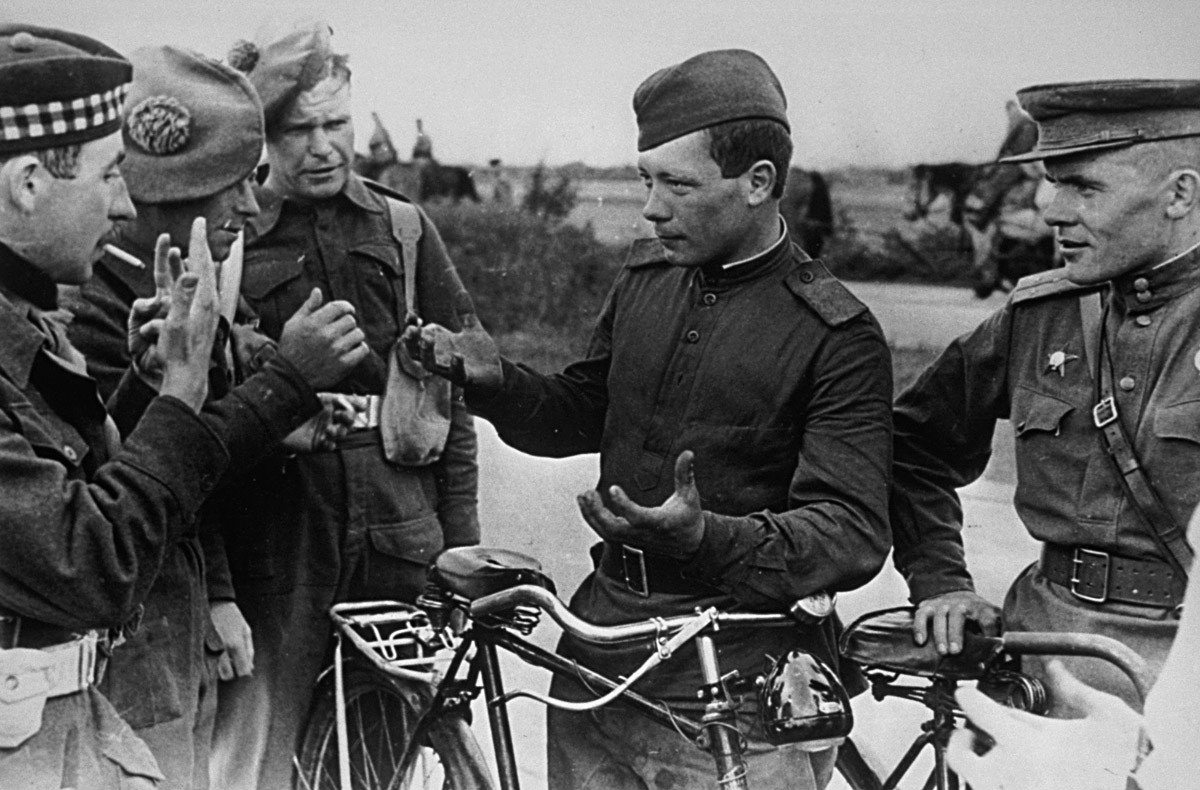 Starting with Elbe Day, joint Soviet-American-British meetings, conferences and solemn celebrations continued for several months. After this momentous and joyous event, the soldiers had to give way to the politicians, and the world faced the start of the Cold War. 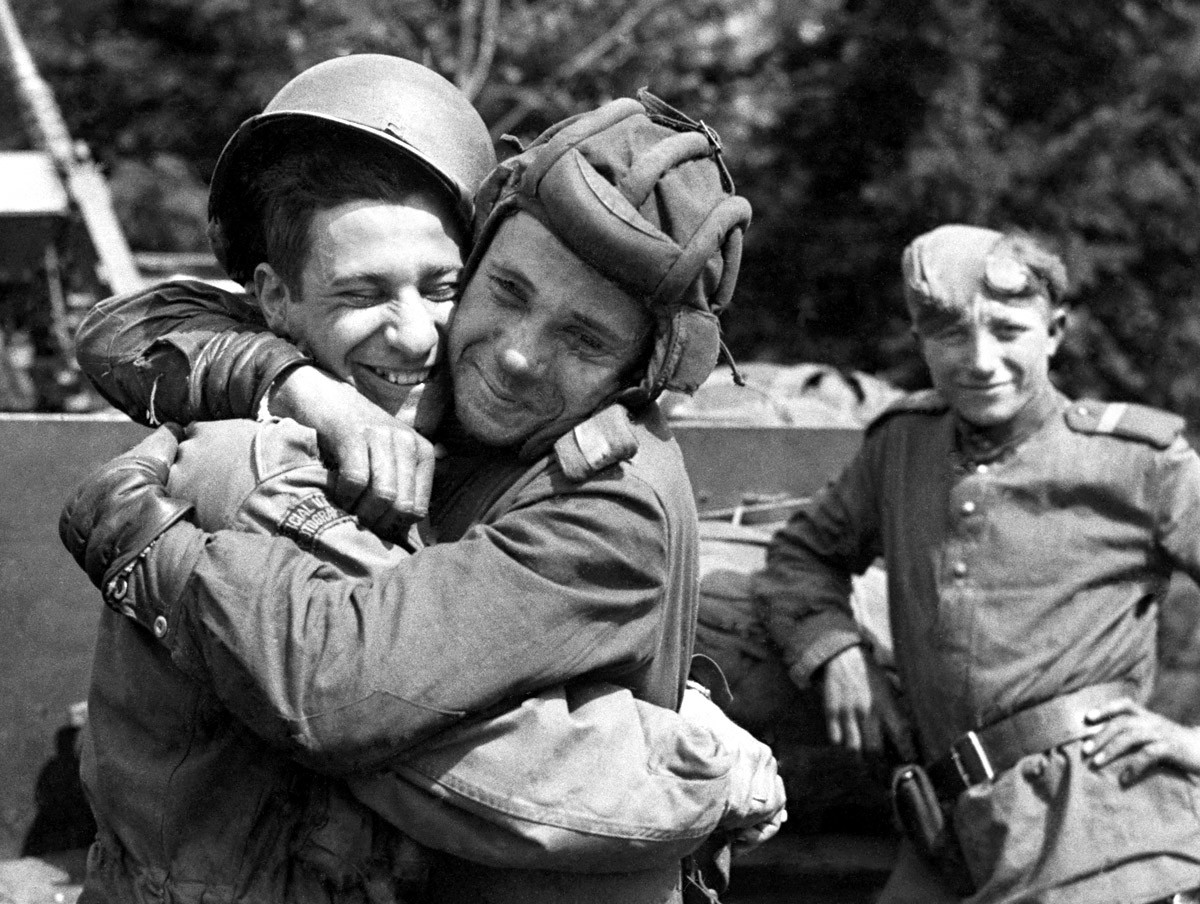