A rare archive look inside the Soviet Union's 'resorts' (PHOTOS)

History
Russia Beyond
Before the revolution, vacationing at seaside resorts was the preserve of the wealthy nobility. The Soviet government rectified the situation by sending the most important members of society—peasants, soldiers, and workers—for relaxing rest cures. 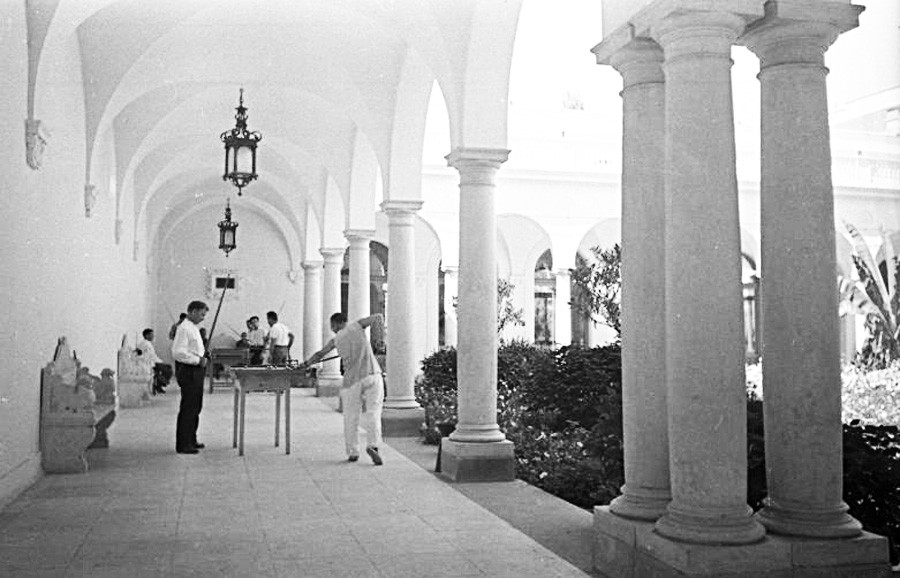 Millions of Soviet citizens had Lenin to thank for sanatoriums, for it was he who signed a decree on "medical districts of nationwide importance" back in 1919. Crimea and the Black Sea coast were earmarked as the primary locations. The most striking example of this policy was the opening of a sanatorium for peasants in 1925 at Livadia Palace, the luxurious summer residence of the last three Russian emperors. 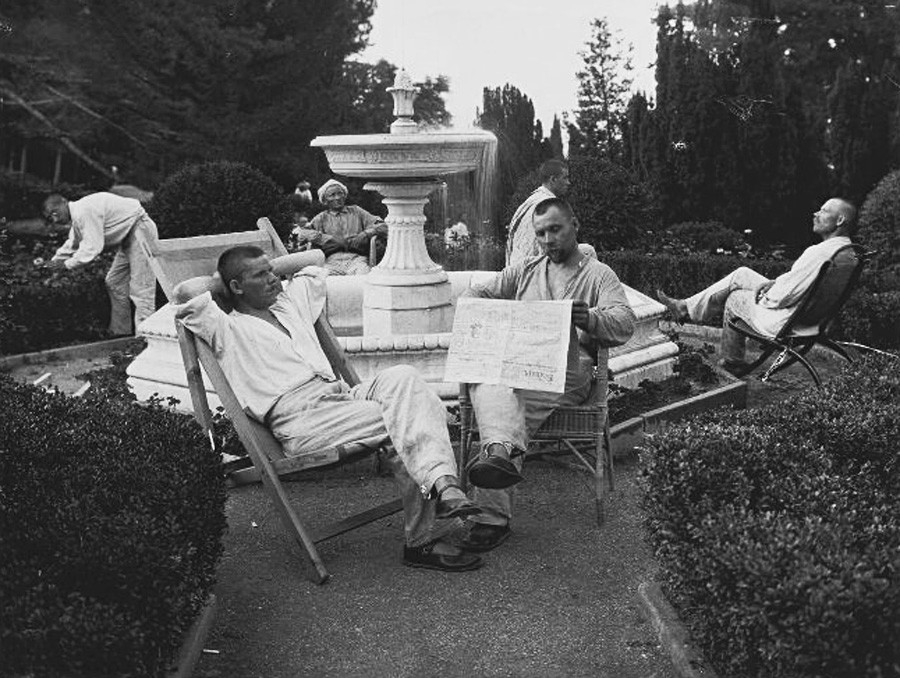 Vouchers for the sanatorium were given to peasants from across the country for free; even the cost of the journey was covered. Treatment lasted for six weeks and included, inter alia, breathing exercises in the salubrious Crimean air and strolls along Solar (formerly Tsarist) Path—a 7km stretch through a pine forest. 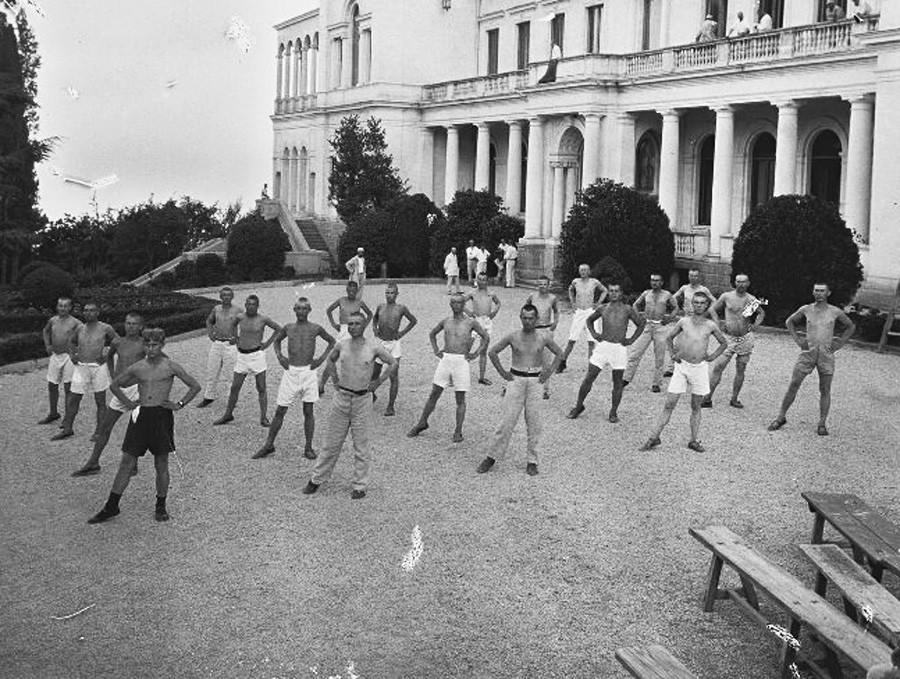 Morning began with a 7 am wakeup call, followed by a fresh-air workout, breakfast, and treatment procedures. Billiards, chess, and reading were offered as leisure activities. 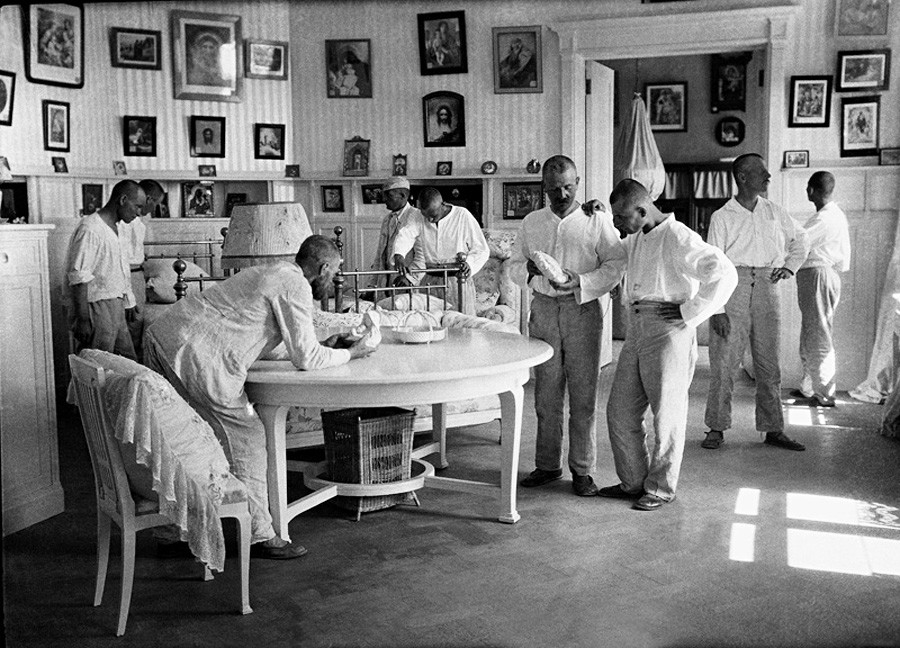 Livadia housed a small museum with royal personal possessions. The Bolsheviks hung a price tag on each item to astonish the peasants by the luxury and make them glad about the revolution. 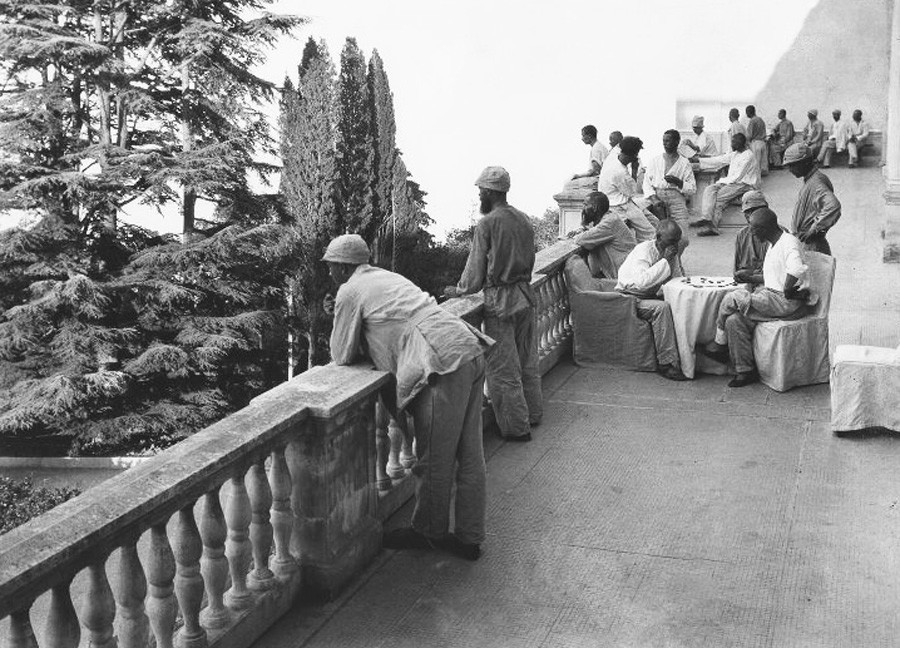 At Livadia Palace today, there is a museum devoted to the Romanovs and the Yalta Conference, which was held here during WWII between Stalin, Churchill, and Roosevelt. 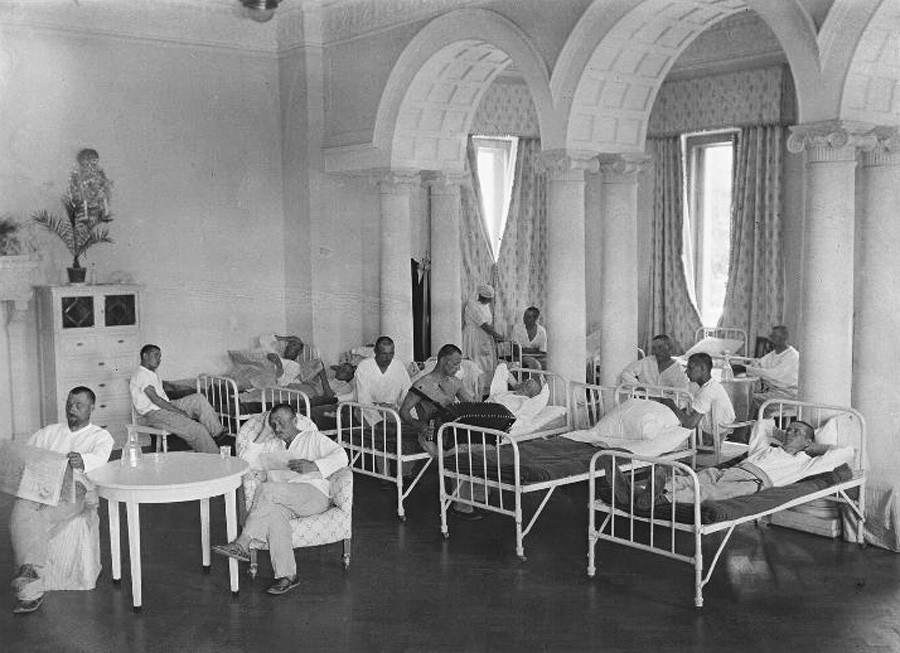 By the late 1920s, sanatoriums had been set up in southern Crimea to accommodate 10,000 citizens, and by the mid-1930s that number had doubled. 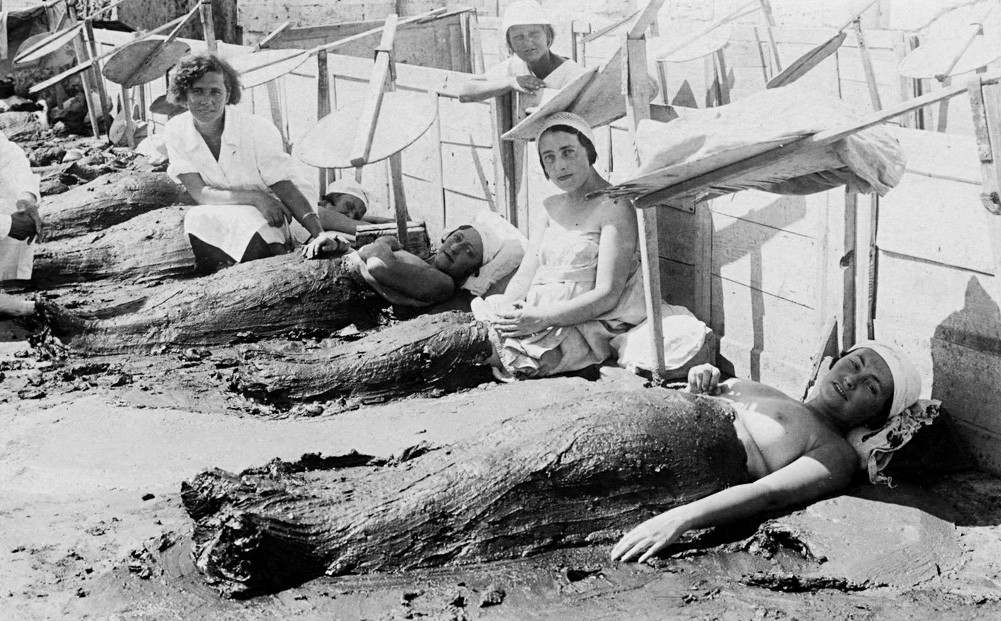 The sanatoriums at Livadia began to specialize in cardiology (one still does to this day), while at Yevpatoria in western Crimea, limbs and joints have been treated with curative mud since the 19th century. 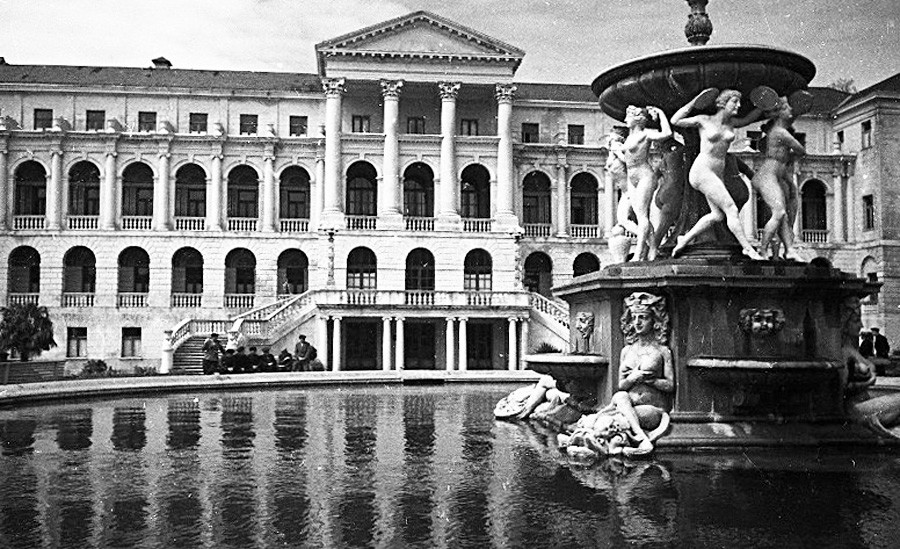 In the 1930s, Crimea became too small for all the vacationers, so sanatoriums began to pop up in Sochi. One of Stalin’s dachas was located there, and he loved the area. The photo above shows the luxurious Ordzhonikidze sanatorium, a royal palace in everything but name. 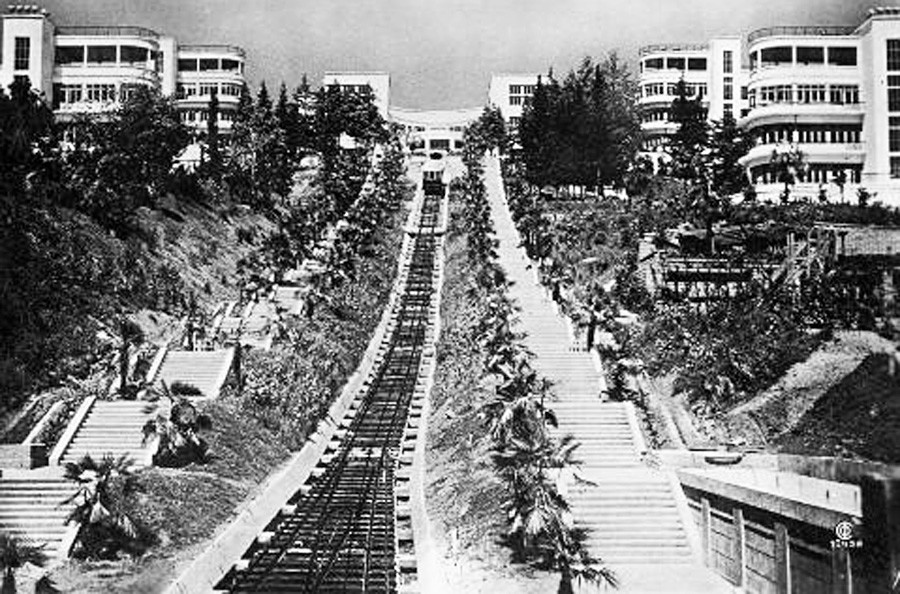 And here’s Voroshilov sanatorium, which had seven pavilions and a purpose-built funicular to deliver guests to the beach. For the design, architect Miron Merzhanov was awarded the Grand Prix at the 1937 Paris Exhibition. 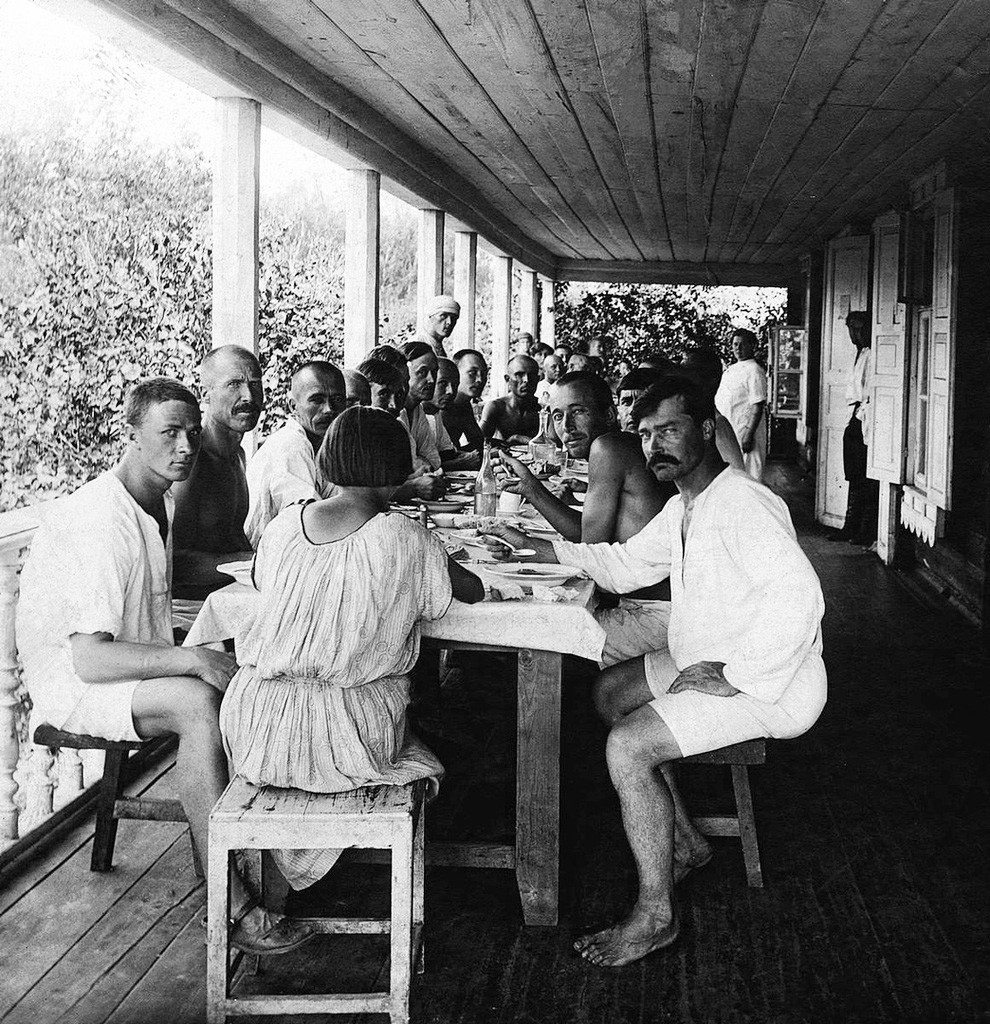 Not all sanatoriums were at the seaside. The main considerations in choosing a location were seclusion and nature. This is the canteen at Chelyabinsk sanatorium for wounded and demobilized service personnel. Communal meals according to a strict schedule are a distinctive feature of all treatment facilities.

READ MORE: How did the Soviets use noble estates and palaces?