History
Boris Egorov
Izrael Ozersky/Sputnik; Archive photo
Operating on dozens of operations behind enemy lines during WWII, Lt. Leonov’s story is awe inspiring. On one occasion he persuaded an entire garrison to surrender.

Lieutenant Viktor Leonov was one of many well-trained Soviet naval officers, prepared for near suicidal reconnaissance and saboteur missions. They blew up German warships, captured enemy positions on shore, took soldiers and officers prisoner, and got valuable reconnaissance information on the Nazi naval movements.

But even among those who performed heroic deeds daily, Leonov occupies an extraordinary position. A true supersoldier, he managed to capture 5,000 enemy troops during the Soviet-Japanese war.

In the first days of the Great Patriotic War Leonov joined the Soviet Northern Fleet and until the war’s end he fought the Germans in the Arctic Ocean. For one of his operations he was awarded the highest award - Hero of the Soviet Union. 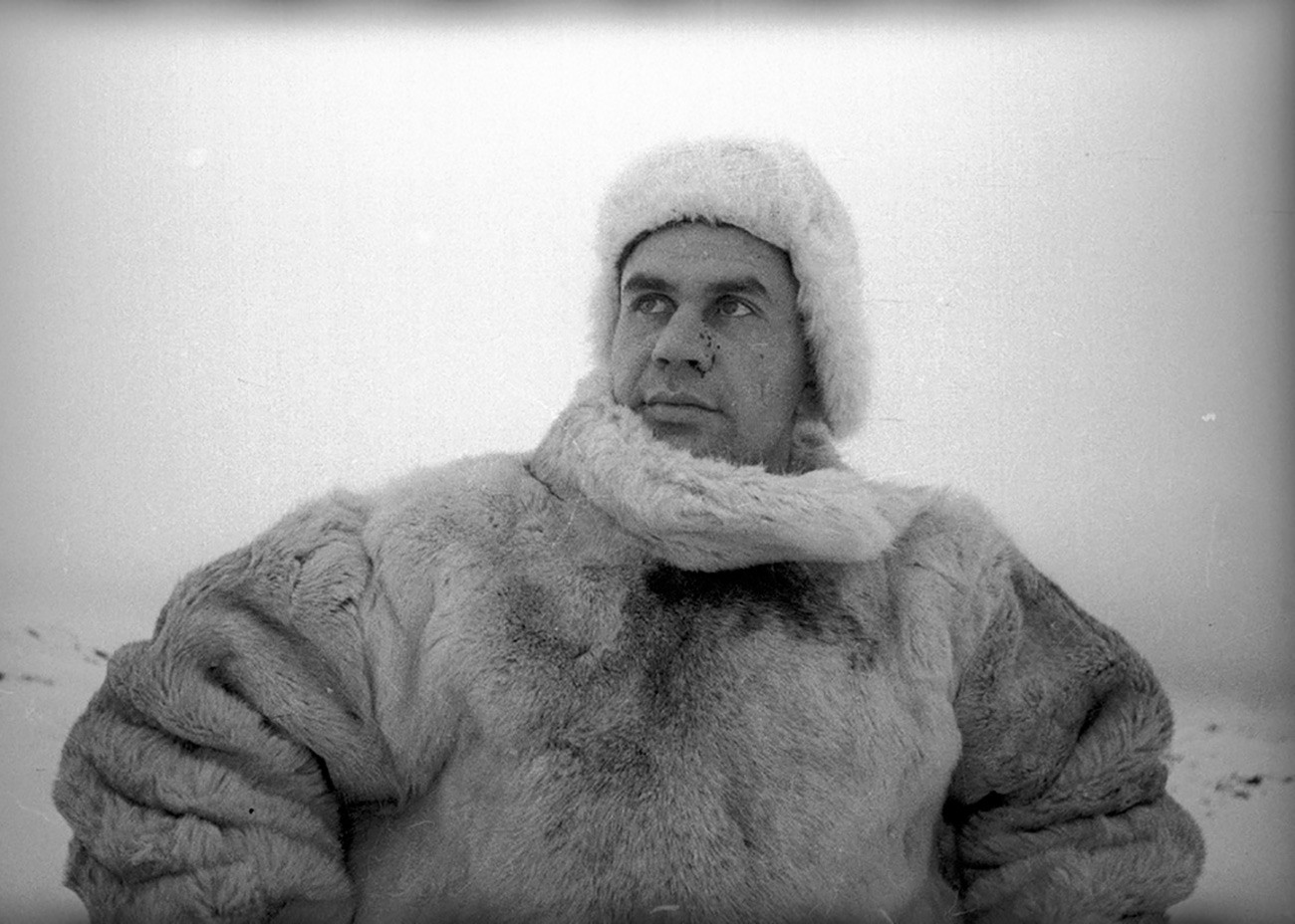 In October 1944, his unit covertly landed on Nazi-occupied territory near Petsamo in northern Finland. After a two-day march through еnemy held territory the unit suddenly attacked a German anti-aircraft battery, and held it while repelling several counter-attacks. This was of significant value to the Red Army, which soon after took Petsamo.

One of Leonov’s soldiers, Pavel Kolossov recalled his commander: “What is a naval landing party? You should act fast and brazenly, and disappear in time. You should make decisions, not shifting the responsibility on to the shoulders of others. Leonov had such qualities… He was credible and had many friends in the unit. Leonov never bothered with little things, was never concerned with upbraiding personnel. He simply had no time for this.”

After the Soviet Union declared war on the Japanese Empire, Leonov continued his saboteur activity, this time in the waters near Korea. For liberation of one of the Korean ports, Wonsan, his name is still widely remembered. 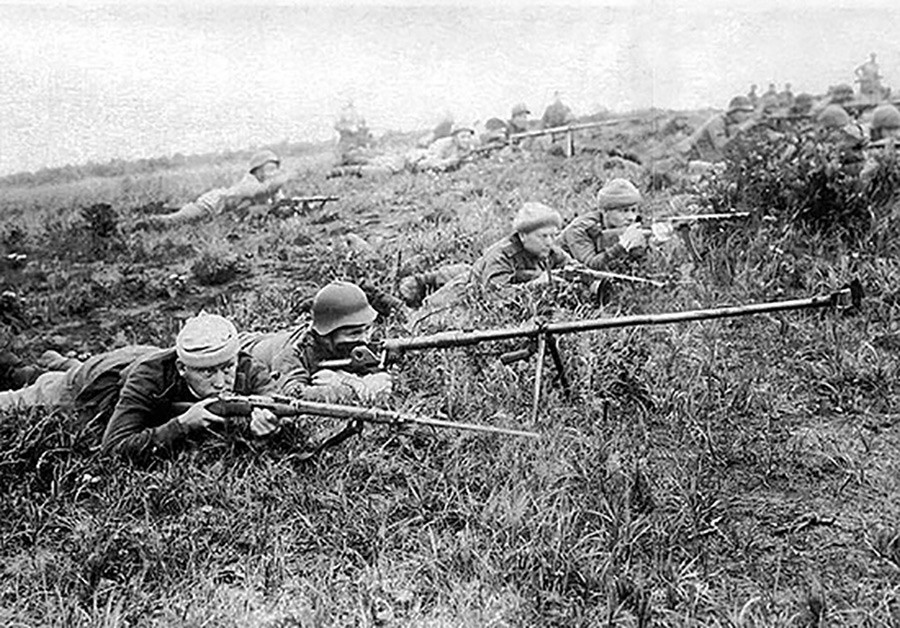 The Soviet marines unit of 140 soldiers, led by Leonov landed at Wonsan airport to capture the city. According to reconnaissance Japanese troops had abandoned the city and no strong resistance was anticipated.

However, the Soviet landing party got an unpleasant surprise. They were surrounded by several thousand troops of the enemy garrison. Ten members of the Soviet unit with Leonov among them were taken before a Japanese colonel at the garrison headquarters for interrogation.

With the collapse of the Kwantung Army in Manchuria and the successful Allied offensive on all fronts, Japanese garrisons in Korea were at a crossroads, facing difficult decisions of continuing to fight on, retreat or surrender. 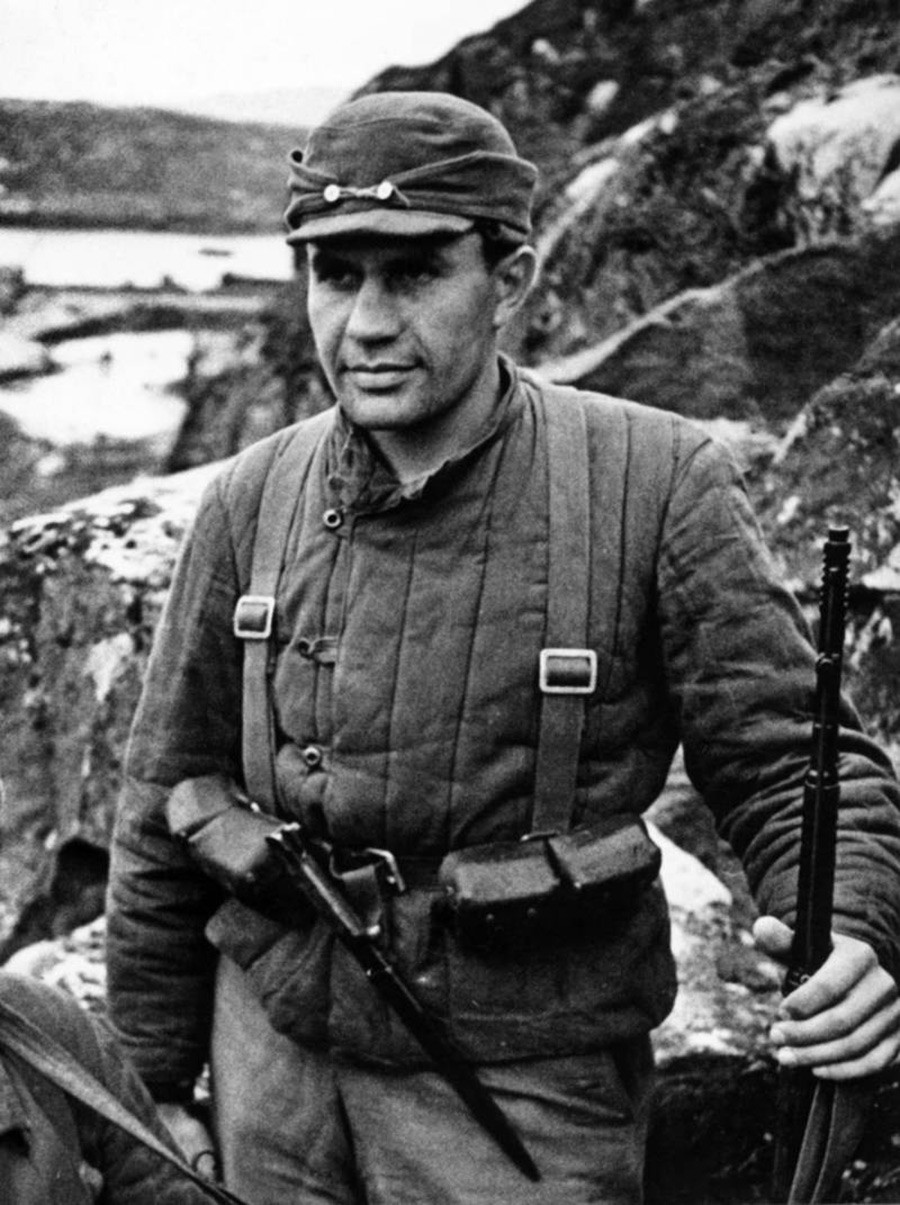 The Japanese colonel at Wonsan was considering taking the landing party as hostages to use as bargaining tools when the Red Army arrived.  Seeing the confusion of the enemy commander, Leonov took the initiative.

Leonov looked the Japanese colonel in the eye and said: “"We've been fighting in the West throughout the war and we have enough experience to assess our situation. We will not allow ourselves to be taken hostage! You will die like rats when we break out of here!"

At the same time his experienced soldiers acted as one. One stood behind the back of the Japanese colonel, another locked the door, a third checked the length of the drop from the window. The last one found an anti-tank grenade and started to toss it around,  demonstrating the Japanese his serious intentions. 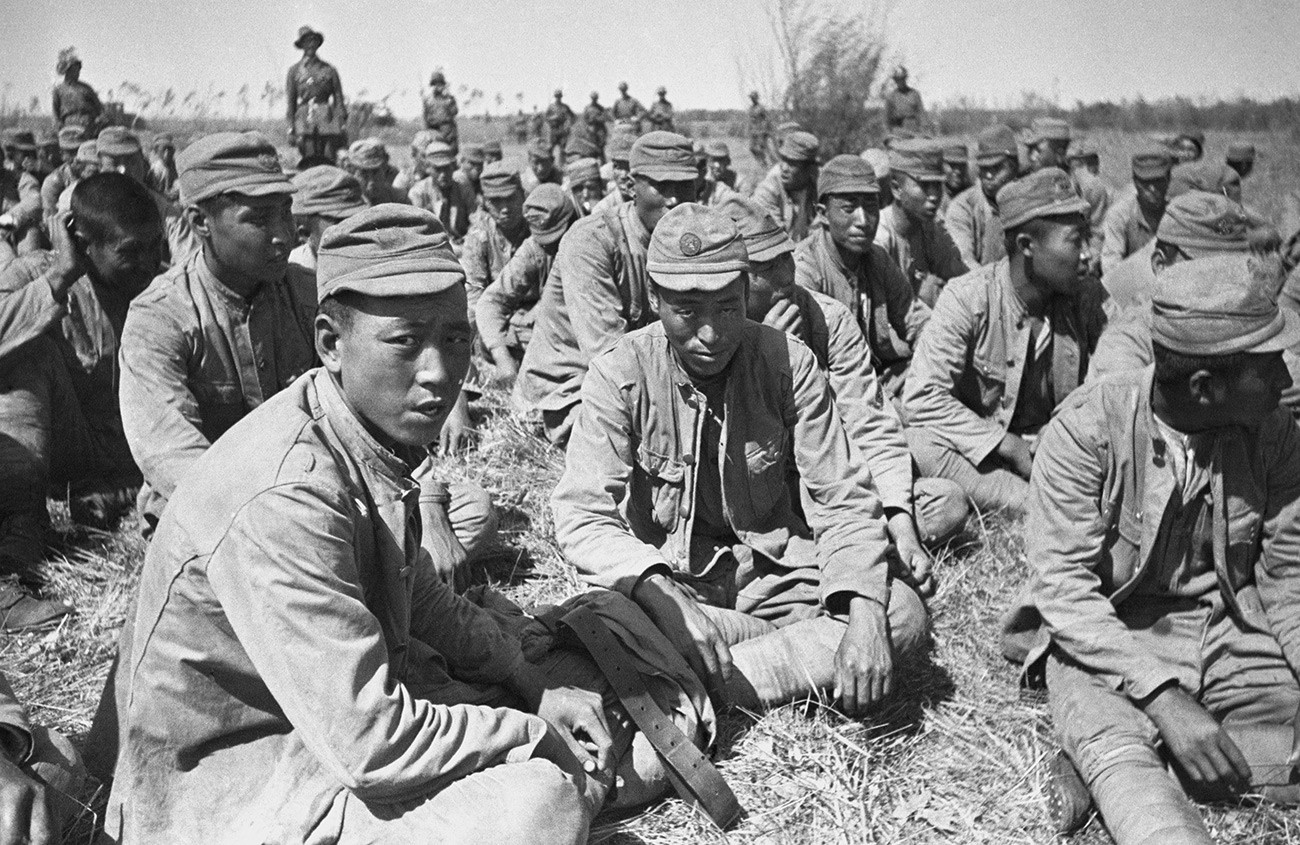 Sweating profusely, the colonel pondered for several minutes before signing the capitulation of the entire garrison. 3,500 Japanese troops, three artillery batteries, five aircraft, and a large amount of ammunition fell into Soviet hands.

Incredibly, while the column of POWs was heading to Soviet positions, it was constantly joined by surrendering enemy soldiers and units. When Leonov finally brought it across Soviet lines, it was already 5,000 strong.