Why did Soviets (and Americans) want to nuke the Moon? 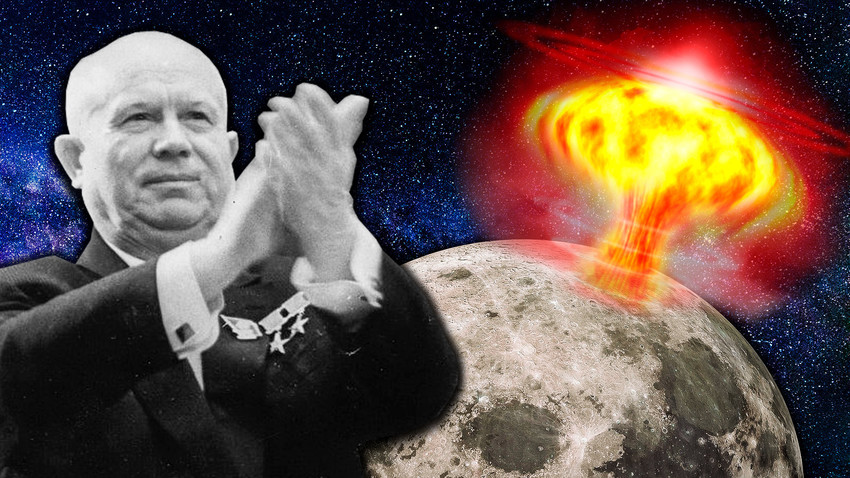 We don't know if Nikita Khrushchev would have applauded had the USSR bomb the Moon but the image is definitely fascinating.

russiainphoto.ru; Pixabay
Why did the two superpowers even consider such a crazy idea? And what stopped them?

During the 1950s, the Cold War between the two superpowers was becoming really heated at times: not only were we trying to outdo each other in terms of military prowess, we took that race to space as well. It’s understood that missiles were all the rage when it came to erasing your rival with the push of a button. Space, on the other hand, was all about prestige: having control of the skies and hovering over your enemy was a priceless achievement.

There was a time, however, when the two objectives suddenly became one. It was when Soviet scientists had seriously pondered about nuking the Moon. Later, however, they found out that the Americans were planning much the same thing.

The race to the Moon 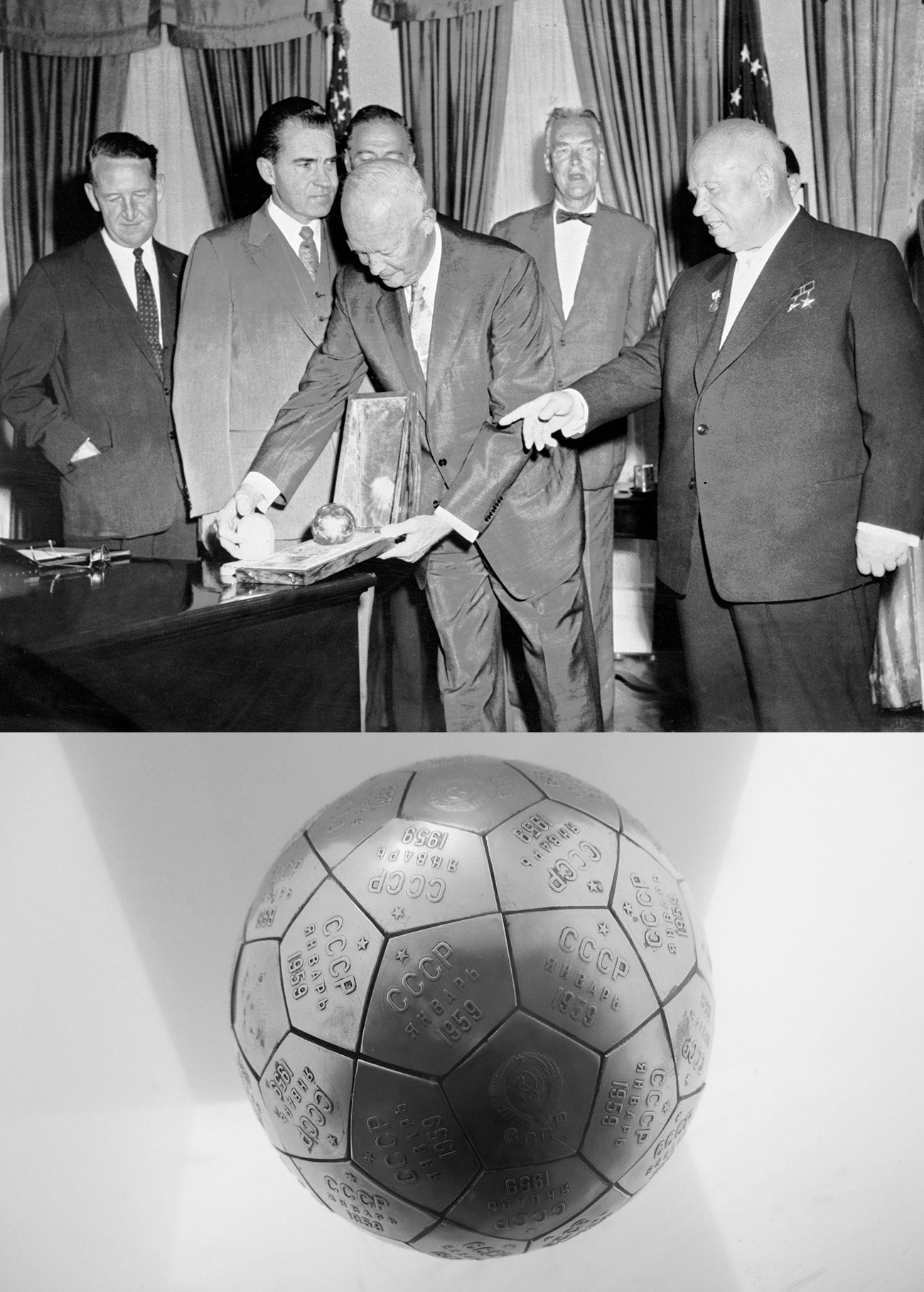 Eisenhower (L) looks to the gift, a miniature of Luna-2 station, that he was given by Soviet Premier Nikita Khrushchev (R), during Khrushchev's official visit to the U.S.

Neil Armstrong became the first man to set foot on the moon, his Apollo-11 module touching down in the Sea of Tranquility in 1969 (some people still dispute the story). The USSR never matched that impressive feat. However, a decade prior to that, the Soviets had held the lead.

On September 14, 1959, the Luna-2 - an automatic probe - first landed on the surface of the Moon. It was a one-way trip. The probe was literally shot from Baikonur, and after a 33-hour flight, was planted in the lunar soil, to remain there for all eternity. In 1959, the U.S. couldn’t even dream of something like this. NASA’s first administrator T. Keith Glennan gave high praise to the USSR for its AMS probe to the moon.

Weeks later, USSR’s Nikita Khruschev visited the U.S., proudly presenting President Dwight Eisenhower with the copy of the pennant the Russians had delivered to the Moon. You can still see it in a museum in Eisenhower’s hometown of Abilene, Texas.

Of course, the Luna-2 was the result of many a failed test and rejected project. Atomic physicist Yakov Zeldovich had been behind the most ambitious of these, just a year before the Soviets came out with the AMS probe, in 1958. He proposed to the Soviet space agency to do one better than send a probe - to arm that probe with a nuclear warhead. 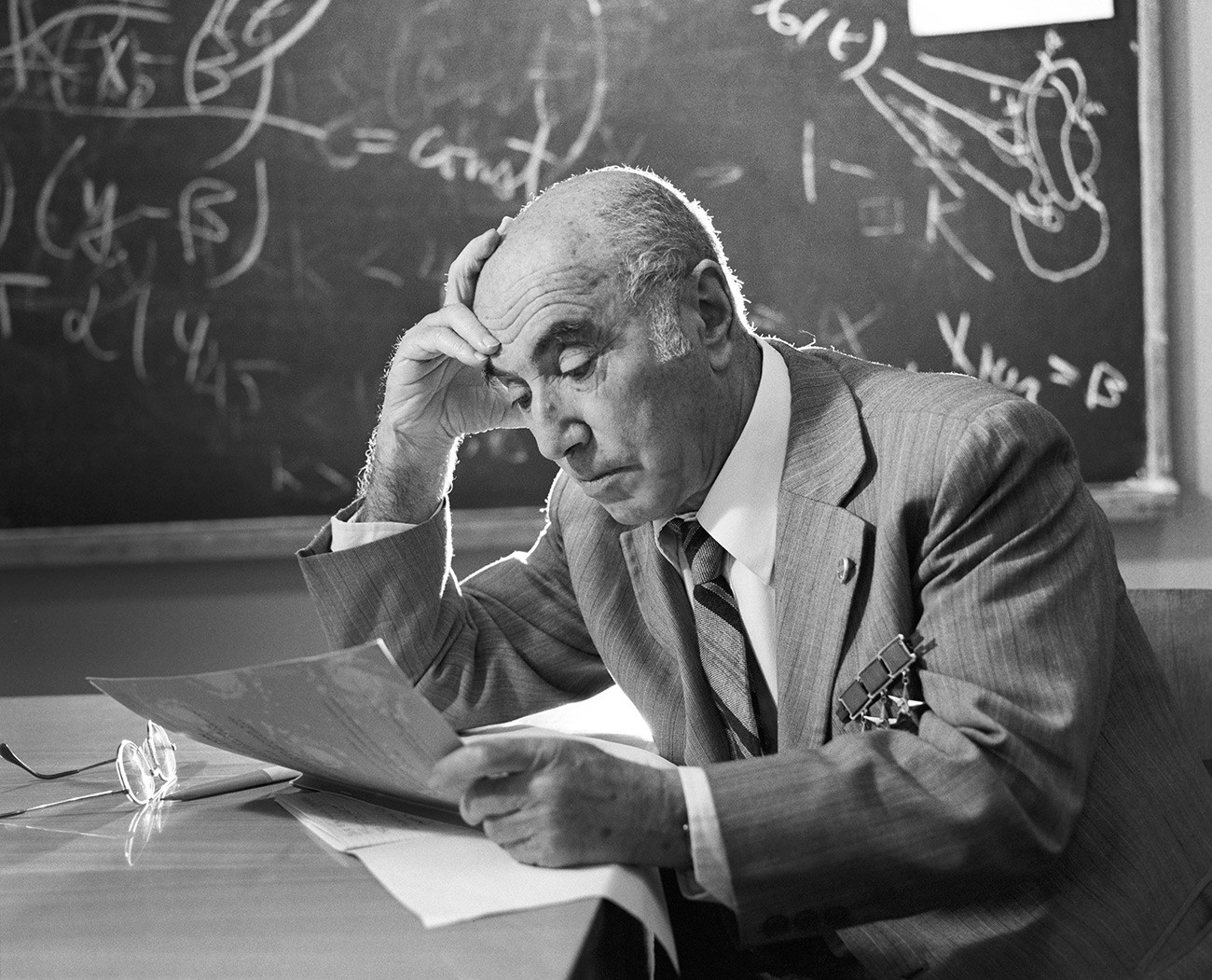 The Soviets had seriously considered the idea for the funniest of reasons: you see, the AMS was small. So small that Moscow was afraid it wouldn’t make a big enough “splash” when crash-landing on the Moon. Not if you arm it with a nuke though!

“The idea was that when the explosion took place, it would be accompanied by such a massive flash that every space observatory with its gaze trained on the Moon would be able to register it,” Soviet scientist and engineer Boris Chertok explains in his book ‘Rockets and Humans’. Chertok was one of the closest aides to Sergey Korolev - one of the Soviet space program’s chiefs.

Not the brightest idea 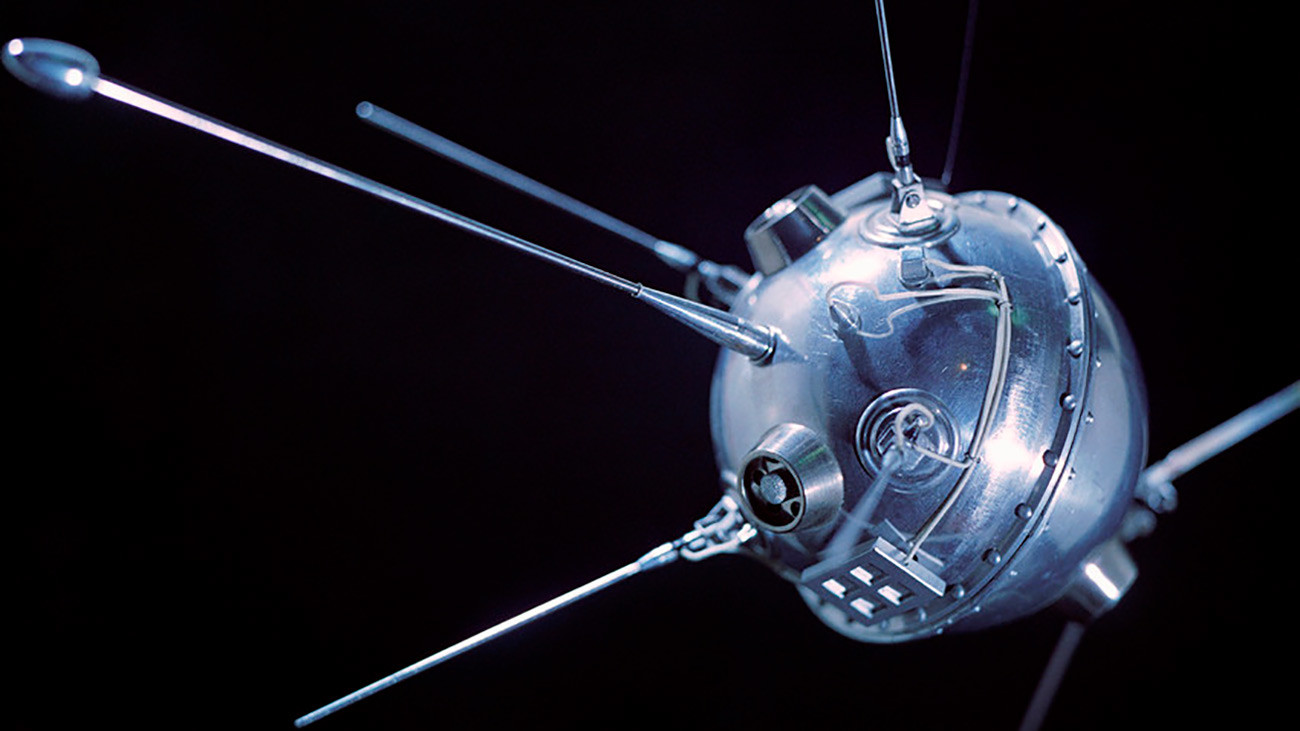 A mock-up of the automatic space station Luna 2.

The moon survived. Chertok and Mstislav Keldysh (the other director of the space program) managed to dissuade Korolev, then Zeldovich, from going through with the plan. The risks were too big. Had the AMS gone offline, the probe would have crashed right back to Earth together with its payload, and the Soviet Union would experience instant karma. And if it happened later in space and the AMS didn’t burn up in the atmosphere, the bomb could fall literally anywhere, and another World War would be all but certain.

Moscow did manage to make the Luna-2 flight register on the West’s radar without resorting to a nuclear missile: they informed the director of the British observatory monitoring the final stages of the journey, who then confirmed its success to the Americans. And it’s not like anyone doubted the Soviets.

Funny how, for all that rivalry, the Soviets and Americans seemed to be alike in so many ways when it came to genius plans to one-up each other. It’s even funnier that nuking the moon is an example of such similar thought patterns. Except in the States, the plan was concocted by the military. It came to light only in the late 1990s.

Project A119, some 50 years ago, was supposed to have NASA bomb the moon for much the same reason the Soviets had wanted to.

“It was clear the main aim of the proposed detonation was a PR exercise and a show of one-upmanship. The Air Force wanted a mushroom cloud so large it would be visible on earth,”

Dr. Leonard Reiffel, 73, told The Guardian in a 2000 interview. Reiffel was one of the scientists on Project A119.

“I made it clear at the time there would be a huge cost to science of destroying a pristine lunar environment, but the US Air Force were mainly concerned about how the nuclear explosion would play on Earth,” he added.

You can guess that nothing happened and good sense prevailed. Science was successful in swaying the minds of the military and making them see that nuking our only satellite wasn’t just dangerous to humanity, but also patently dumb.