How the USSR fought alcoholism (PHOTOS)

History
Russia Beyond
The Soviet authorities tried to restrict the production and sale of alcohol on a number of occasions, as well as introducing compulsory treatment for alcoholics. But it was all in vain. 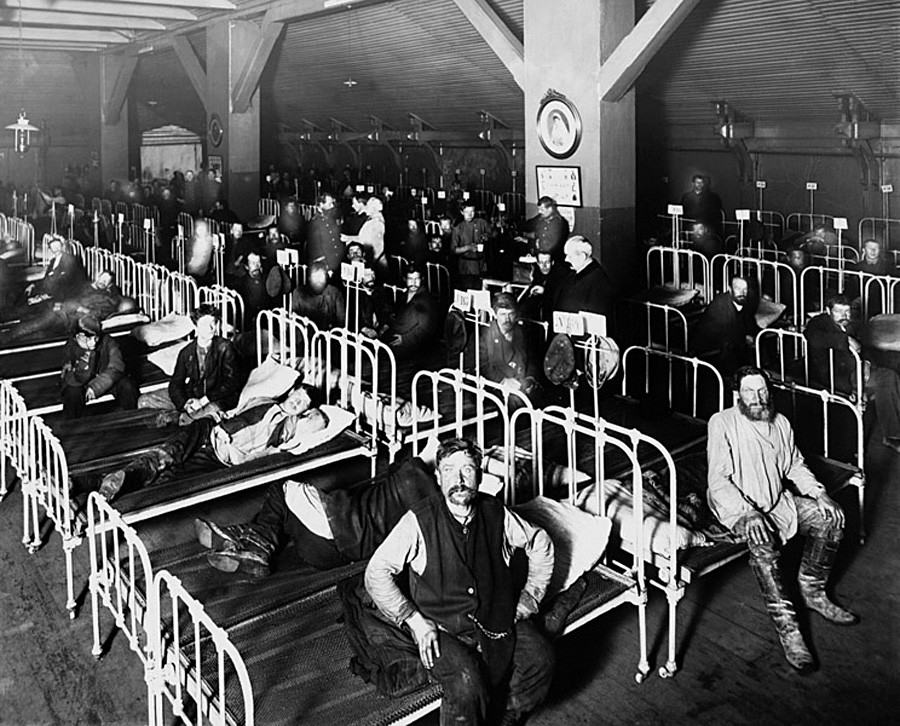 A hotel for workers of the “City charity organization for the promotion of people's temperance”, 1909

It appears that Prince Vladimir, who lived at the turn of the 9th/10th centuries, was the first to mention drunkenness as part of the Russian national character - the legendary phrase "The joy of Russia lies in drinking" is attributed to him. The drinking prohibition may have been one of the reasons why he refused to convert Russia to Islam, and so the country became Orthodox Christian.

Subsequent tsars also looked rather favorably on excessive drinking, and they themselves enjoyed a drink. Catherine II is even credited with the phrase "It is easier to rule a drunken people". 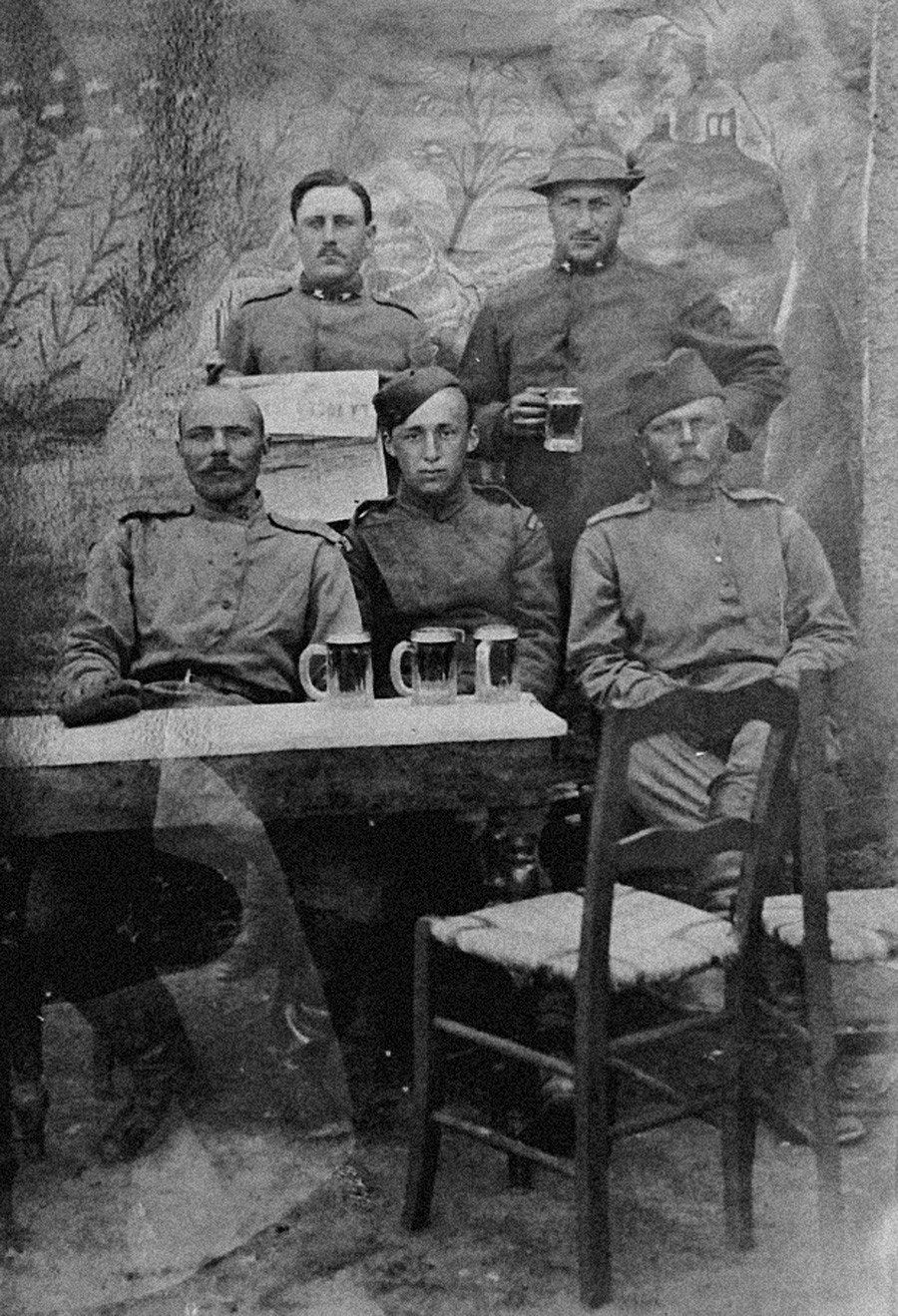 Photograph from the archive of Alexander Khabarov/russiainphoto.ru

As early as the 19th century attempts were made in the Russian Empire to promote temperance but it was Nicholas II who introduced the first prohibition at the beginning of the First World War.

The Soviet authorities continued the temperance policy - the Bolsheviks needed fresh and  able-bodied proletarians. But in the 1920s, during the period of the New Economic Policy, the ban on the sale of alcohol was lifted when it became apparent that its consumption brought a large amount of revenue. 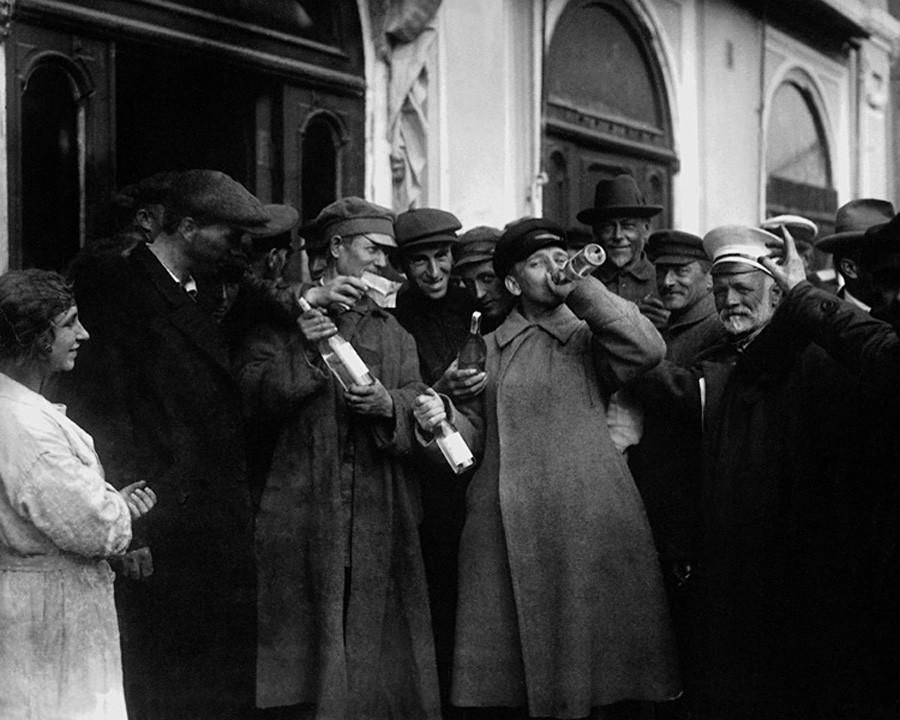 But later the USSR launched several more anti-alcohol campaigns - in 1929 beer and beer stalls were banned, and magazines started printing articles about the harm caused by alcohol.

However, the authorities soon understood the damage the policy was causing to the economy, and in 1934 beer production was resumed, and new brands even appeared.

In 1958 the country was drinking with abandon: Alcohol was both a way of relieving stress and enjoying leisure time together. People used to drink a lot during public holidays. The authorities issued a decree on limiting the sale of vodka and spirits. 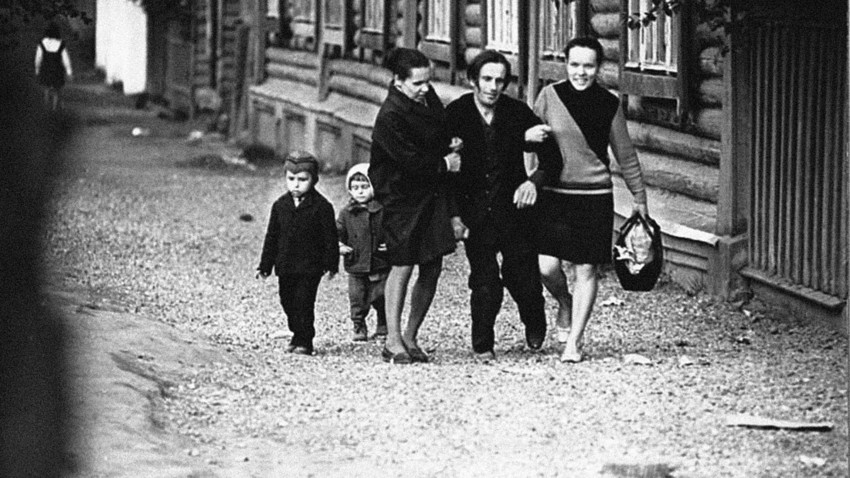 A drunk man is being carried home

However, most people living in villages, for example, almost never bought alcohol in shops and made their own moonshine. They did it secretly (the people in the photo below went so far as to hide in a forest), but they couldn't imagine, for example, a feast or a holiday without a drink. In the 1960s the authorities launched a campaign against such surrogates and criminalized the production of moonshine.

And yet, at all times, alcohol could be bought in restaurants; admittedly, only the very well-off could afford it. 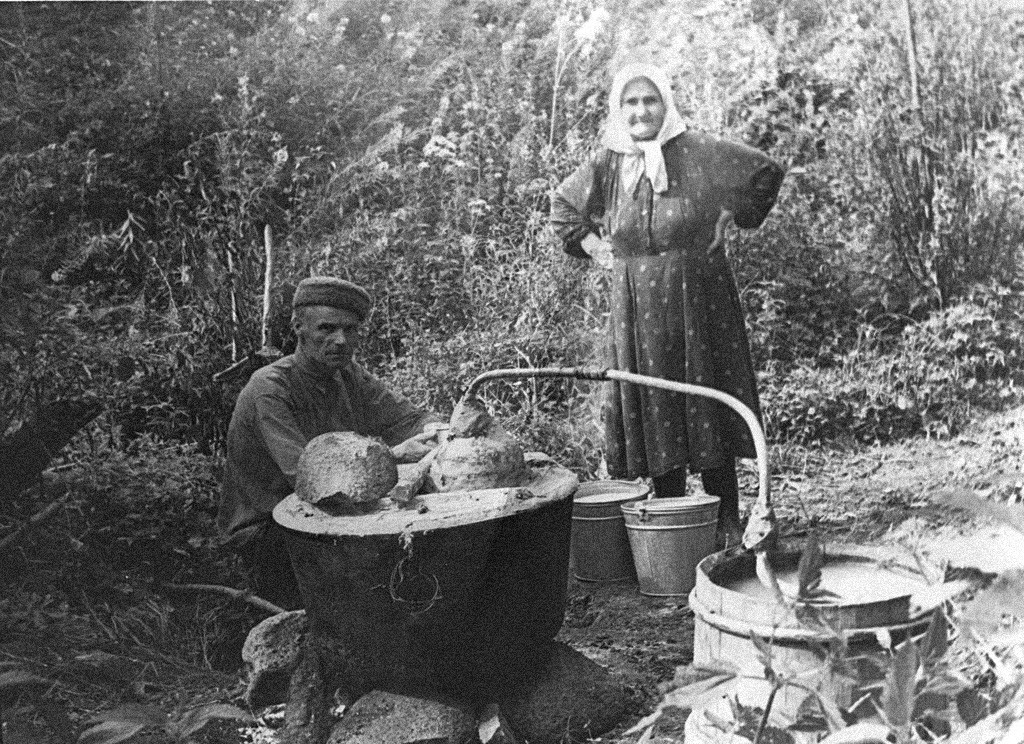 People making their own moonshine, mid-1950s

The archive of Olga Pavlovna Karelina/russiainphoto.ru

Still, the most notorious anti-alcohol campaigns took place in the 1970s-1980s. That was when compulsory treatment for alcoholism was introduced and terrible institutions called "alcohol rehabilitation centers" were set up.

In actual fact, people were not treated for alcoholism in these places - they were locked up within four walls without access to alcohol or narcotics. The treatment of the "patients" was similar to that of prisoners. 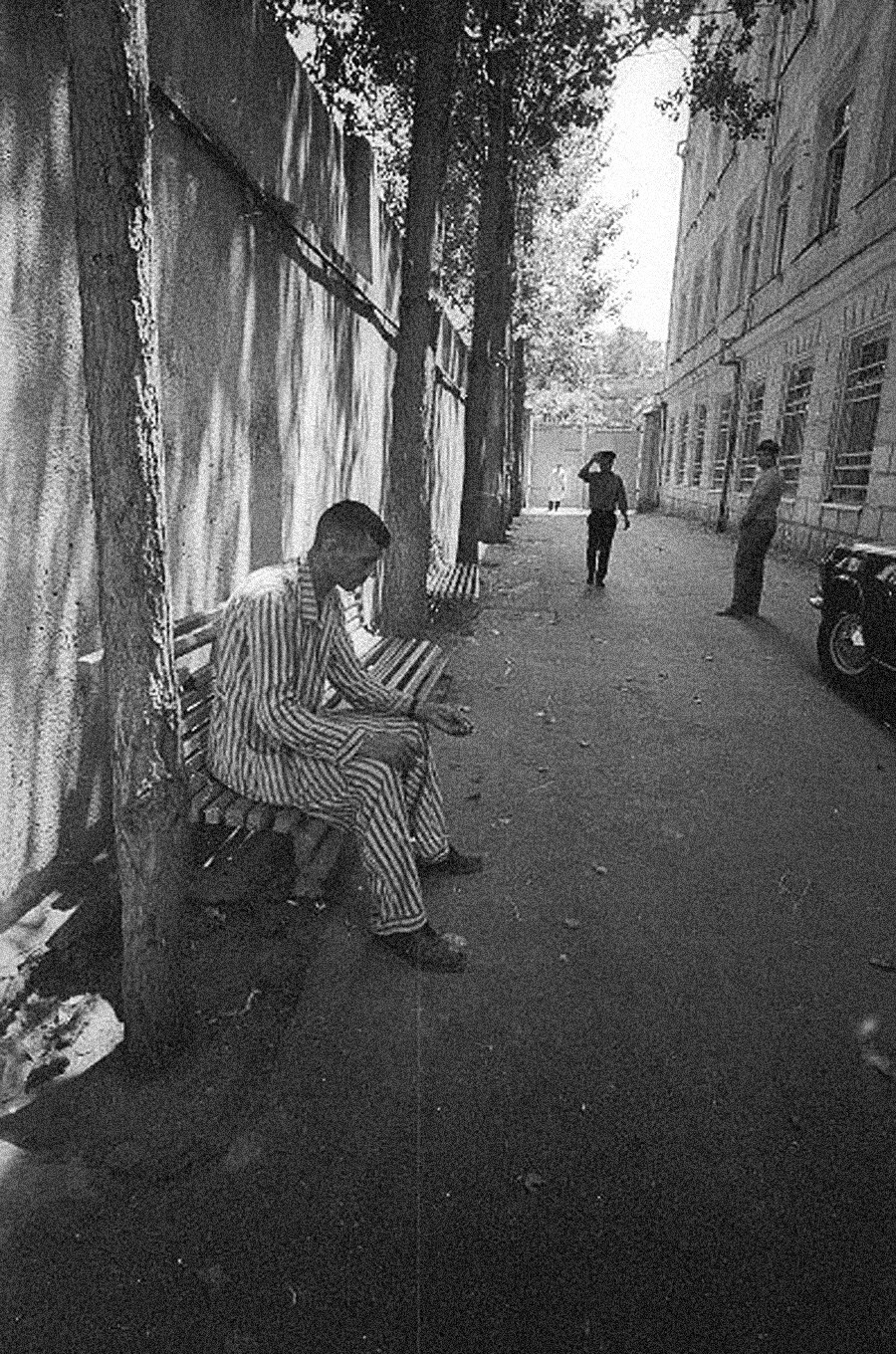 A patient at an alcohol rehabilitation center, 1970s.

Detoxification centers were the most sadistic institutions. They existed from 1928 until the 2000s. Police would bring drunken people detained on the street to these places. There they were examined by a doctor, and, if their condition was grave, they were transferred to a hospital, and if they were not in any danger they would remain there until they had completely sobered up. 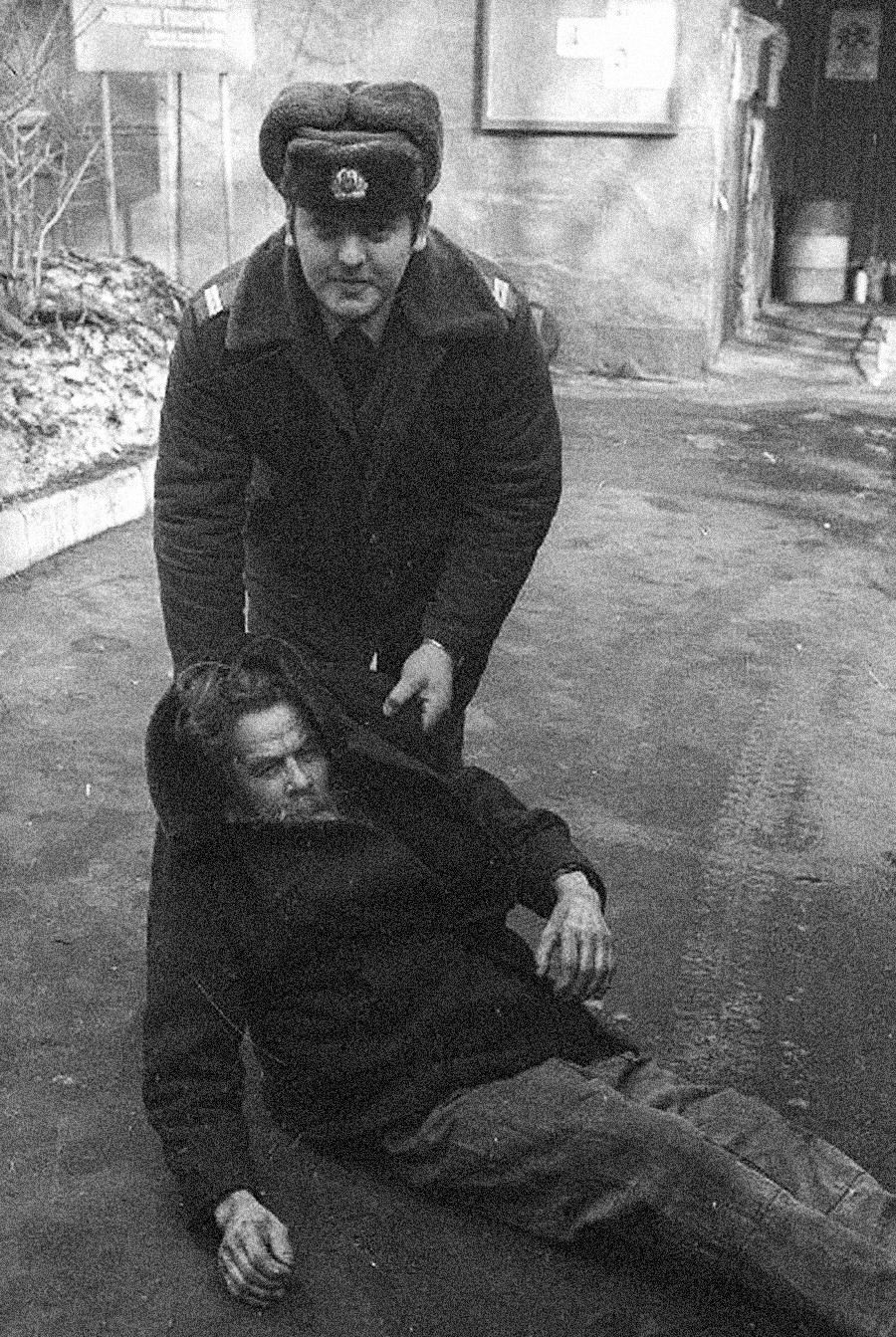 Transfer to a detoxification center, 1970s.

Every person who spent time at a detoxification center had a notice sent to their place of work, where they could be severely reprimanded. Also, humiliating methods of sobering-up were applied to people - they were put naked under a cold shower and if they resisted they could be tied to their beds. 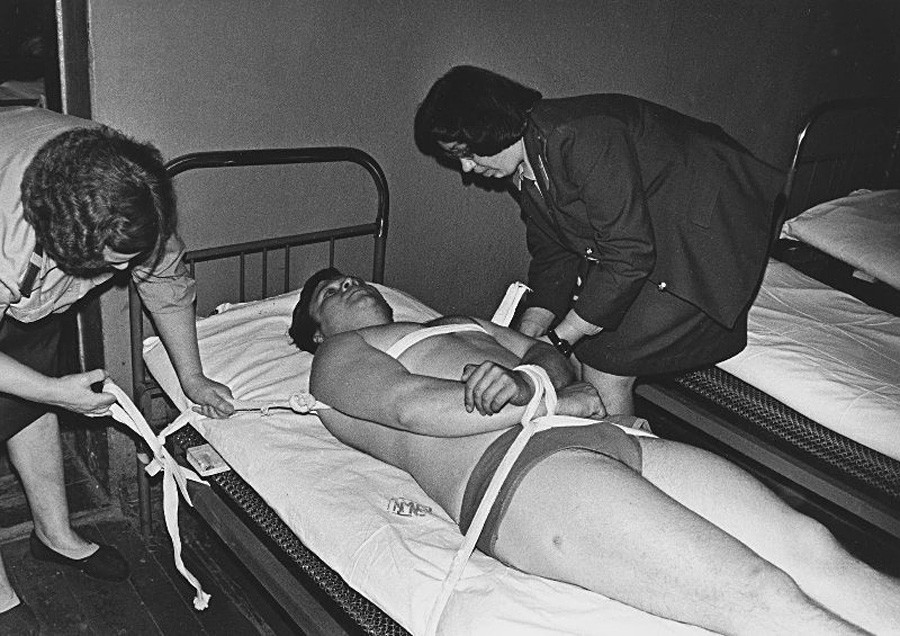 These days Russia also takes active measures against alcohol consumption. Advertising of alcoholic beverages in the media has been banned since 2009, and sales are restricted between the hours of 10pm-11pm and 8am-9am (depending on the region). 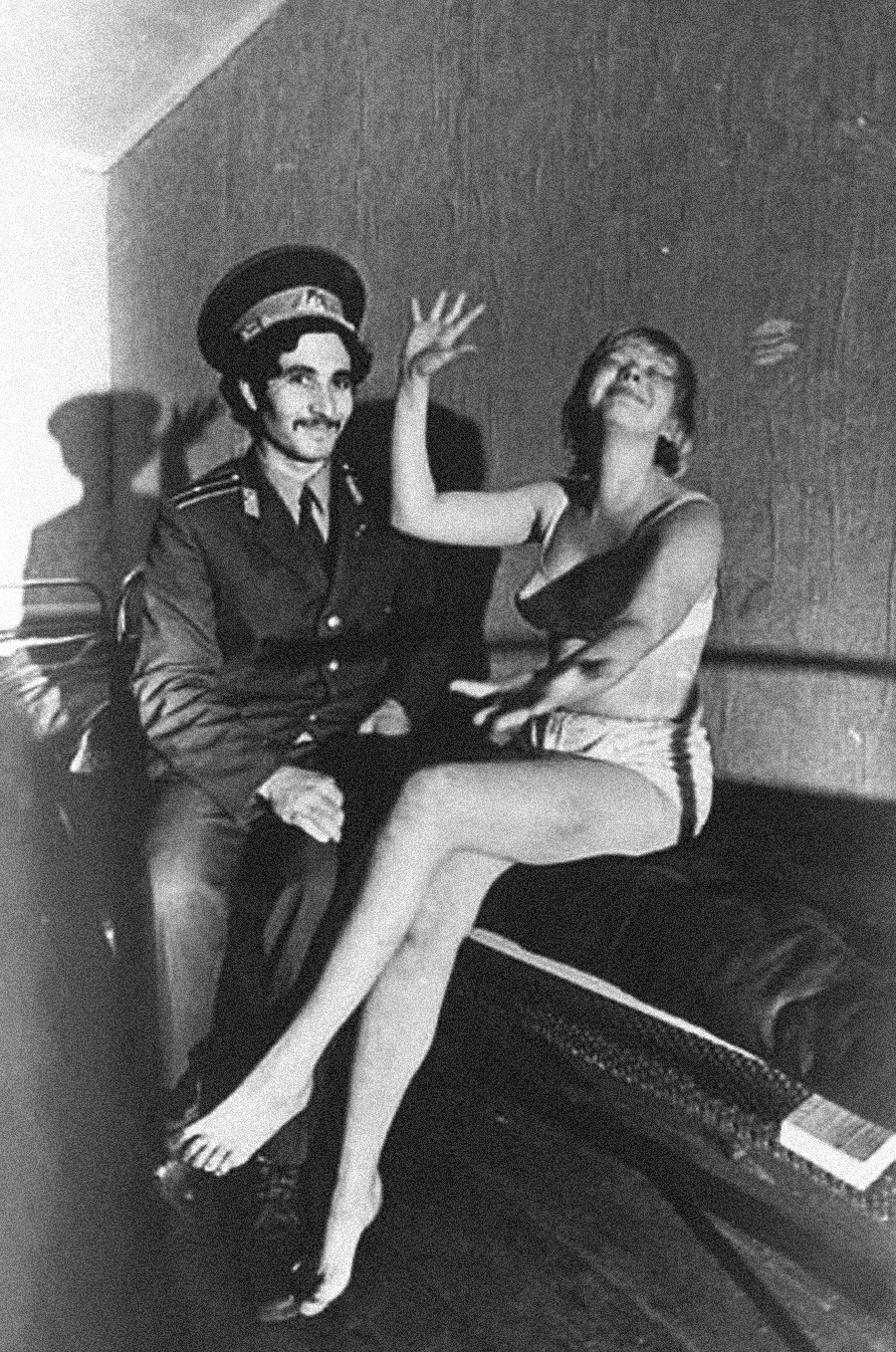