How to drink with Russians 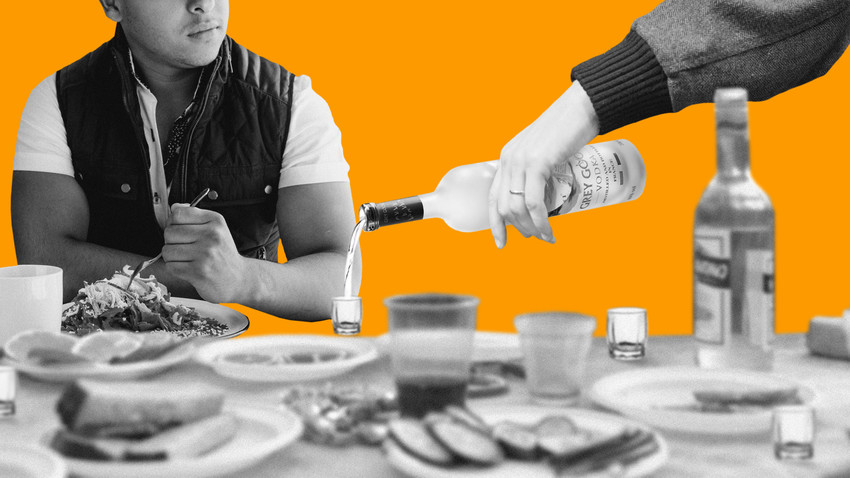 Irina Baranova
An American living in Russia shares his drinking experiences with Russians and gives some advice.

The first bit of advice I’d learned about drinking with Russians was from a Frenchman. He said, “Russians always eat while they drink. And, they always drink vodka ice cold. That is why they can drink a lot.”

So, you can imagine my surprise when I moved to Russia and, on more than one occasion, found myself sitting across from a wonky-eyed Russian with a piss-warm bottle of vodka between us and not a morsel in sight.

Of course, there is truth in what the Frenchman told me. If you visit someone’s home and drink with them, it is likely they will have some snacks available to go along with it. But, it’s not like Russians walk around all day with pickles in their pocket in case they stumble into a friend with a bottle.

In comparison, there are many clear-cut indicators that you’re drinking with Americans: They want to play a game. They want to chug beer (standing up, kneeling, upside down—Americans are obsessed with chugging beer.) And at least one of them will be drinking a Bud-light. But when a Bud-light passes over the border into Russia, it quickly withers away under the pressure of an entire country’s disapproval.

My friend told me a story once. He said, “In 988, before Russia accepted Christianity, ambassadors from different countries would come to propose their religions to Knyaz [Prince] Vladimir. And when the Islamic one told Vladimir that people are not allowed to drink, he right off the bat declined, saying: “Russian joy is in drinking!”

“Is that true?” I asked my friend.

“It was true. It is true. It will always be true,” my friend told me.

Vodka isn’t all the rage anymore in Russia. Most Russians I meet drink whiskey, or Brandy, or beer and wine. Though, when vodka is on the table, never sip it. 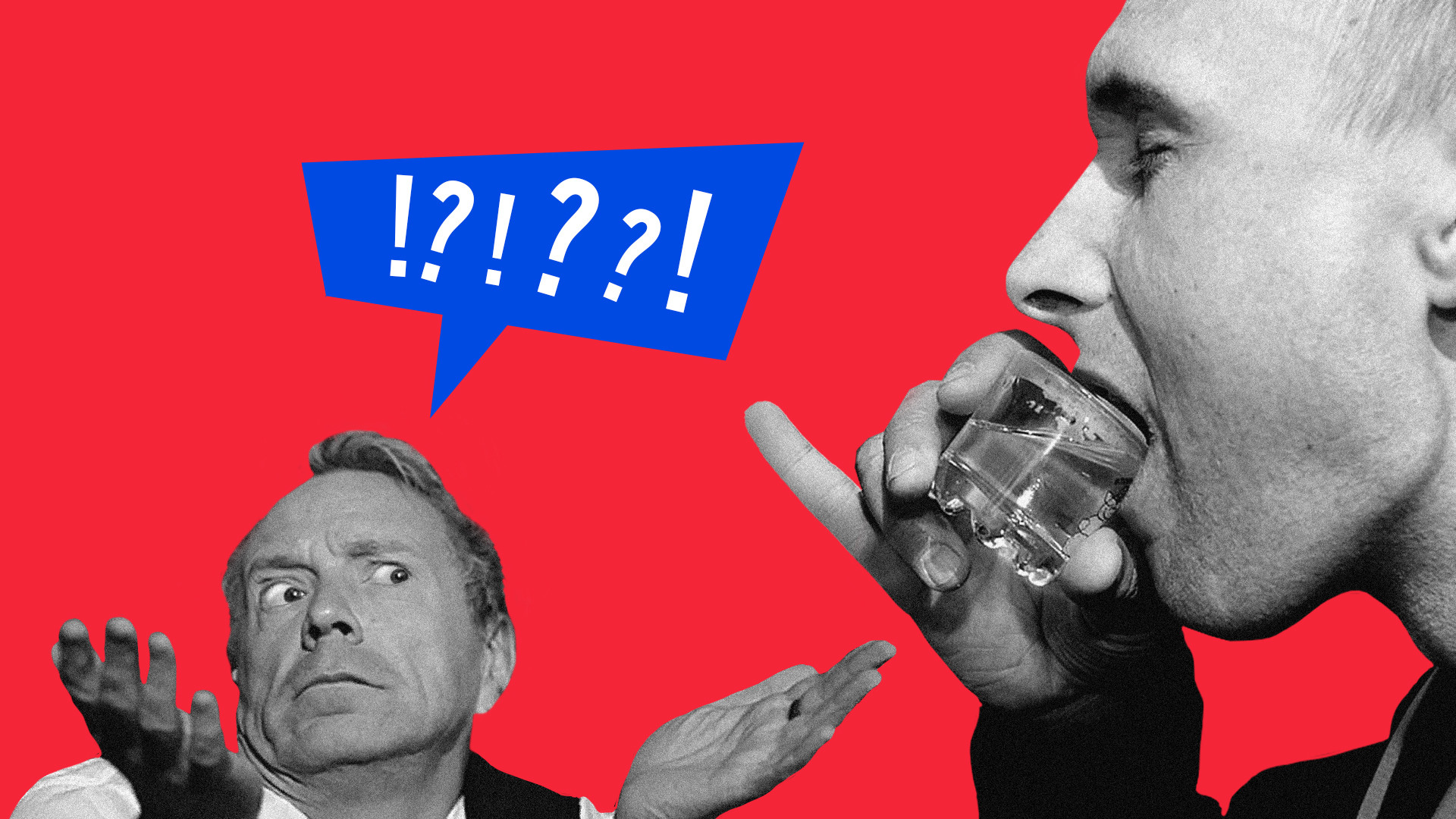 Vodka is not made for sipping. It is made for taking shots and going blind (just kidding!). If you’re not keen on vodka shots, it is better to say “no” than to sit there gingerly sipping away at your shot glass. I have seen Russians get visibly annoyed with Americans who do this, and they won’t be afraid to tell you.

When an American I know tested this theory, a Russian quickly expressed his opinion, “Why would one SIP vodka? It tastes awful! It only serves the purpose of getting you drunk quickly and efficiently, so you shoot it!”

(To be fair, in America if you’re sipping on your vodka shot you might get some concerned looks as well.)

Every time I have gone alcohol shopping with a Russian and I reach for a bottle of Baltika (a Russian beer brand) or Russian Wine, I’ll hear protests of “No, no!” and I’ll ask, “Why?” and they’ll say, “It’s Russian!”

At some point, some Russian will think it is funny to introduce you to chekushkas. They are little $1 kiddy-cups of vodka that are usually sold by the check-out counter at liquor stores and taste worse than the armpit of an unwashed horse. If this happens, just say, “Oh no—I’ve tried it. I know.” 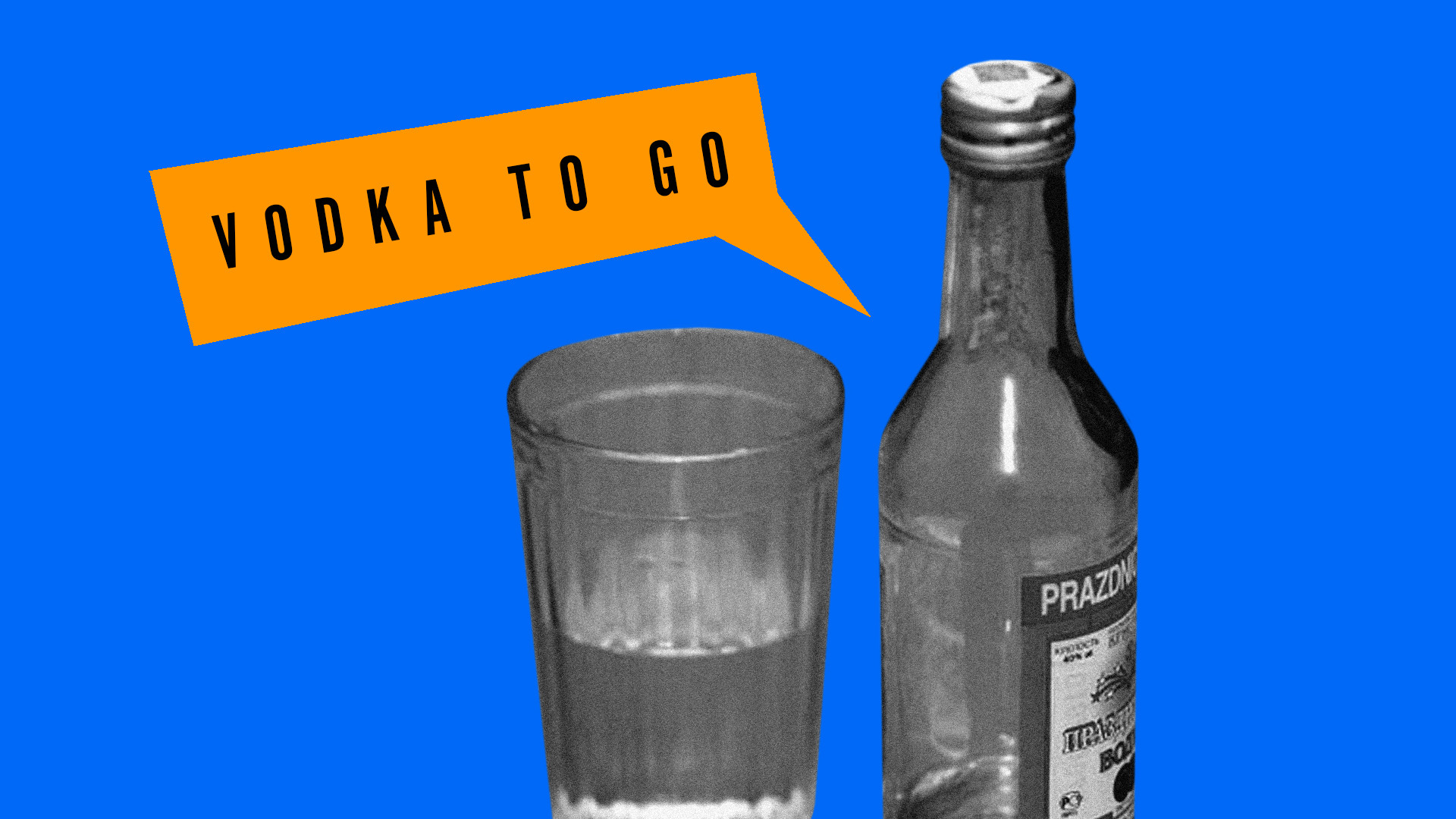 Lie. For your own sanity, lie.

In this ever more interconnected world of ours, it still amazes me that Hollywood has not caught on that "Na Zdorovye" is not a thing! (They really want it to be a thing. It’s just not a thing.) If you go to Russia and cry, “Na Zdorovye!” every time you cheers, you’re going to look like a jackass.

When you are drinking, especially on special occasions, be prepared to participate in a toast. Russians love to toast. They often do one every 5 minutes! And they’ll ask you to toast as well. 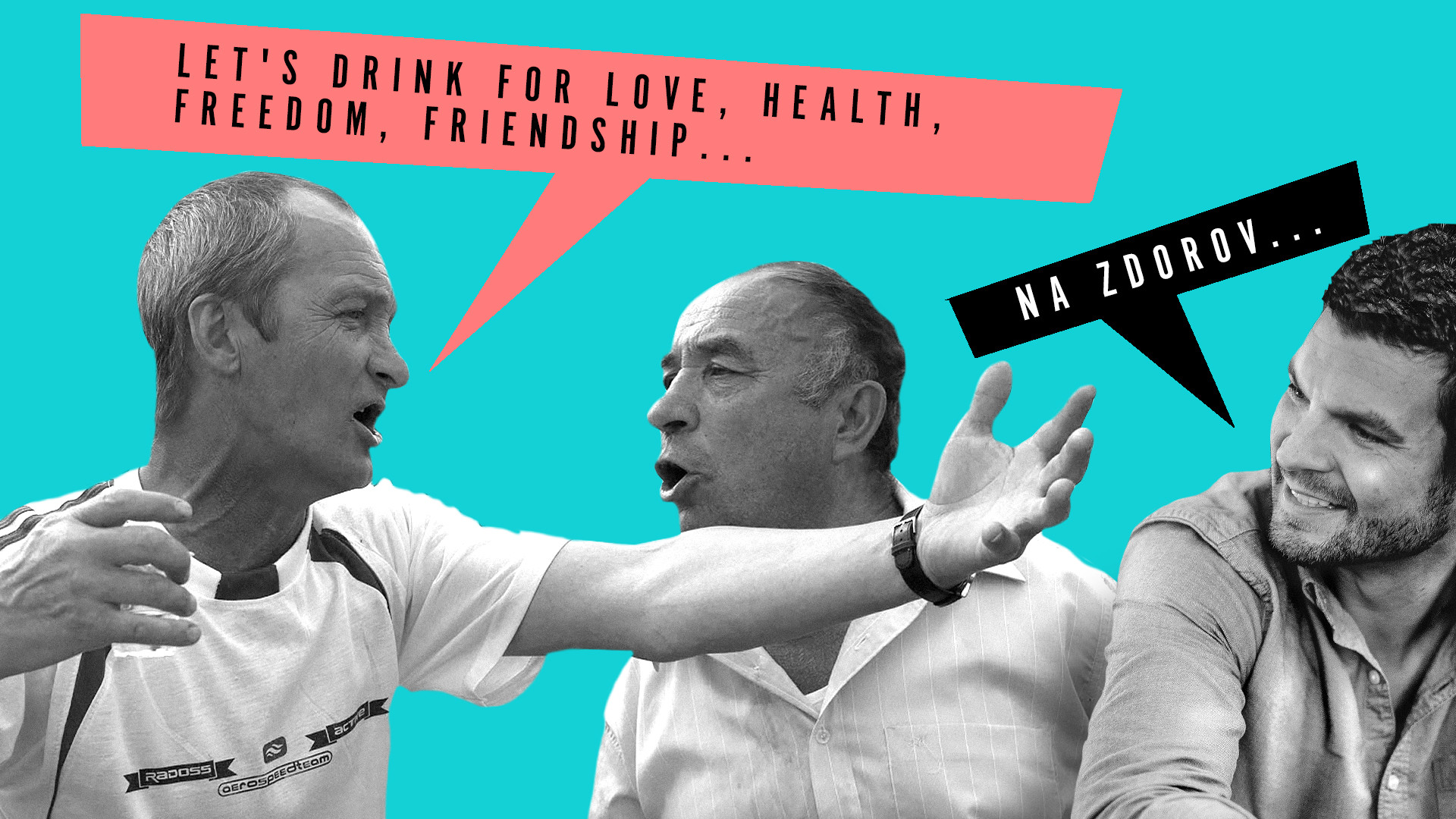 In America, it’s like when you’re at a party and you group text all of your friends who are also at that party. Except you’re using your words, and everyone is staring at you. You’ll be fine. Or maybe not.

Russians want to talk to your face

It is common practice in America to be on your cell phone 24/7. When I am in a bar, or at a party, I will notice people sitting on their phones; side by side at the table scrolling through Facebook feeds. In Russia, I almost never see this. Drinking is a social sport and being buried in your phone is rude.

Americans might be too shy or embarrassed to mention how rude you’re being by drinking with them but only staring at your phone. Russians aren’t.

Russians have one drinking game: "Do dna!" ie. "Down it!". The only time I’ve had a Russian ask me to play a game while drinking was when he asked, “Do you want to play chess?”

He shrugged and went off to play chess by himself.

Americans have many drinking games; beer pong, flip cup, kings cup, etc. But in three years of living in Russia I have never been to a party thrown by a Russian where any of these games were played.

So, what's the best way to drink with Russians?

Put your phone down, don’t be shy, and be prepared to slam back a vodka shot or two or six or twenty!

Read more: How to drink vodka with Russians and not get drunk

Benjamin Davis, an American writer living in Russia, explores various topics, from the pointless to the profound, through conversations with Russians. Read more articles by Davis here.

alcoholic drinks Alcohol in Russia vodka How to fun