Who won the “space watch race” between the US and USSR? 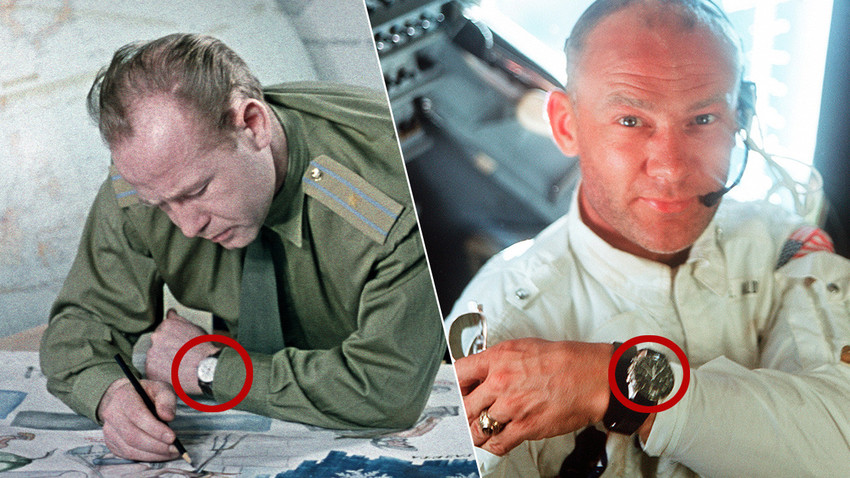 Alexander Makarov/Sputnik, AP
The most demanding quality control test for a watch is to survive a space flight. But only a handful of brands can claim to have done it. Which are they? And who got there first?

Have you ever noticed that in many Hollywood movies about space, the astronauts are all wearing the same brand of wristwatch, Hamilton? Matthew McConaughey used one in Interstellar to compare the relative time when returning home, where everyone had grown old. And the lone Matt Damon in The Martian survived on Mars with one. But this US brand is only “cosmic” on screen, not in real life. 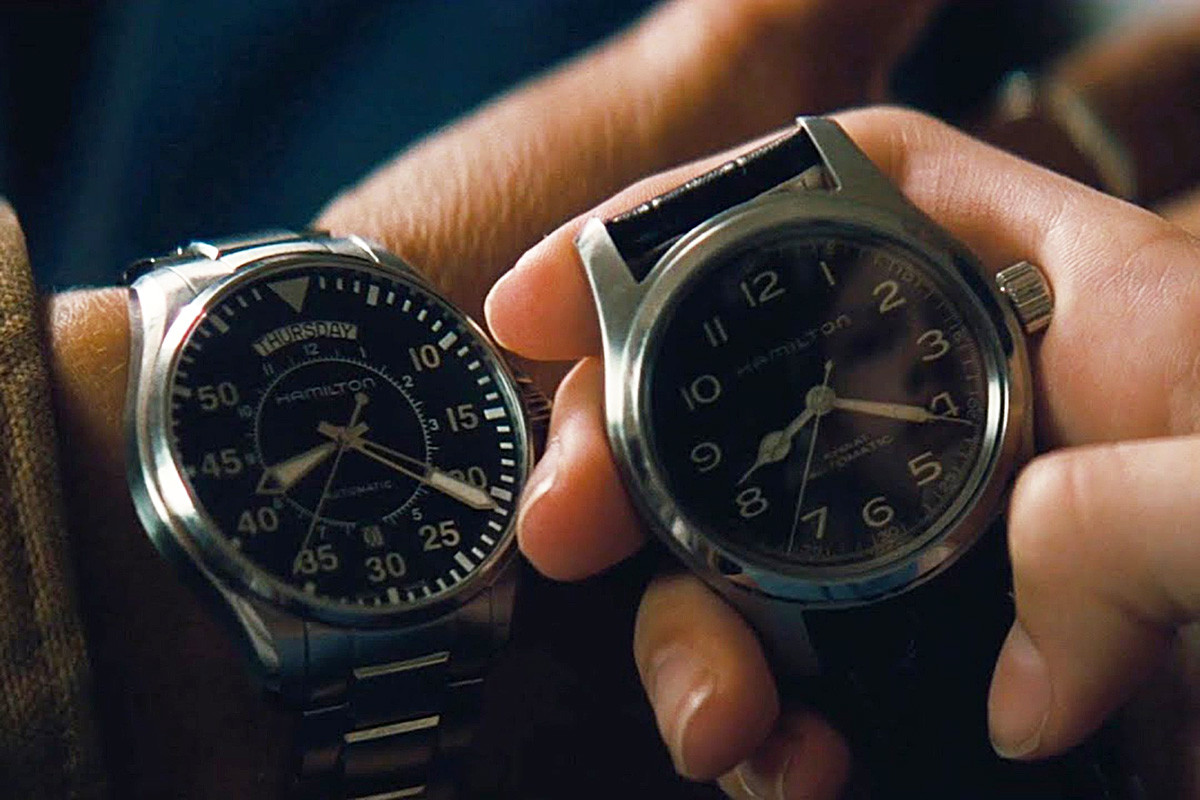 Watches do indeed compete for cosmic status. This is because time is critically important up in space, and going there is an honor for any brand (and the best possible advertisement). But whereas missions these days don't rely on any old wristwatch, it was not always like that. And once it almost cost the life of an entire crew.

You might think the question of which watch won the space race should be easy to answer. Everyone knows that the first person in space was Soviet cosmonaut Yuri Gagarin. In 1961, when he uttered his famous phrase Poekhali! (“Let's go!”), he had on his wrist a sparkling Soviet-made Shturmansky watch from the Pobeda (Victory) brand. Later, it was proudly worn by the whole perestroika generation, who called it “Gagarin’s watch.” 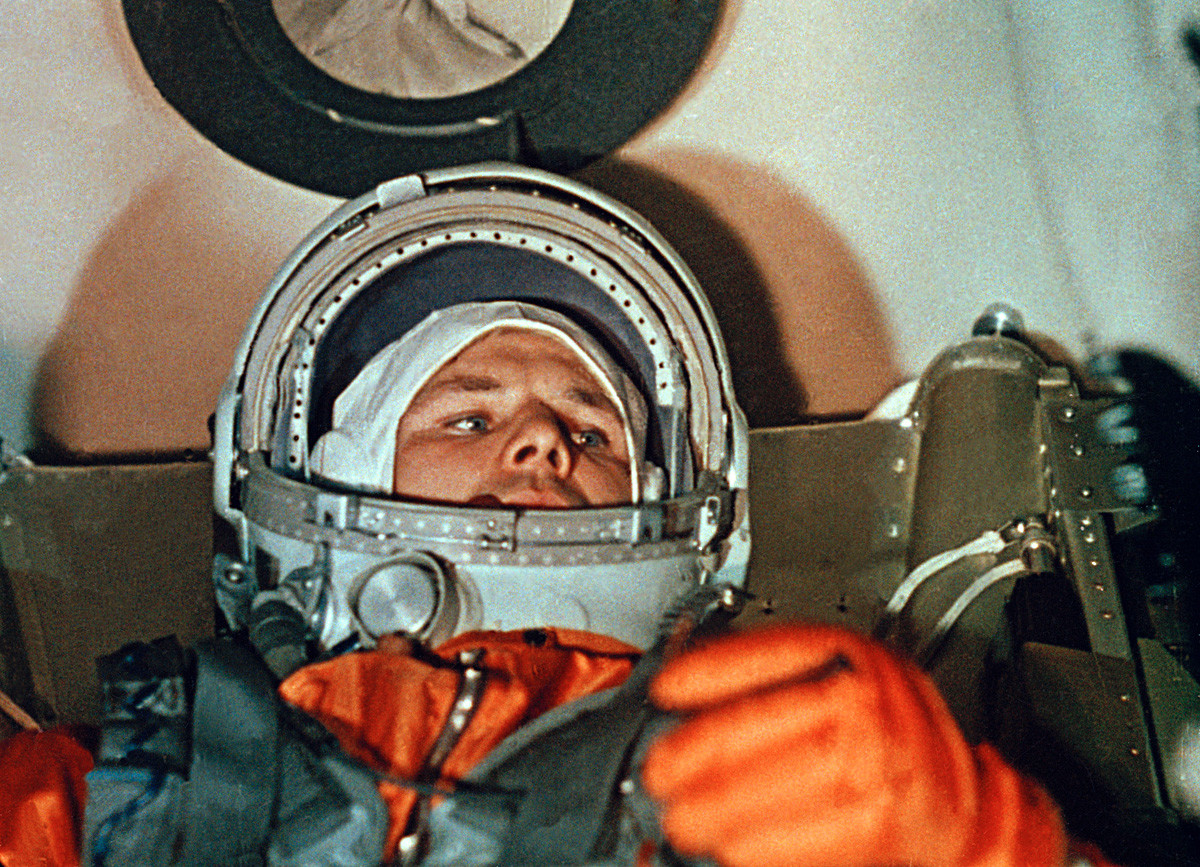 Shturmansky (Navigator) watches were not available from stores until the mid-1980s — they were produced only for the air force. The watch was equipped with a shockproof mechanism and a function to stop the second hand (so as to set the time to the precise second). It was considered the most reliable watch in the entire Soviet Union. 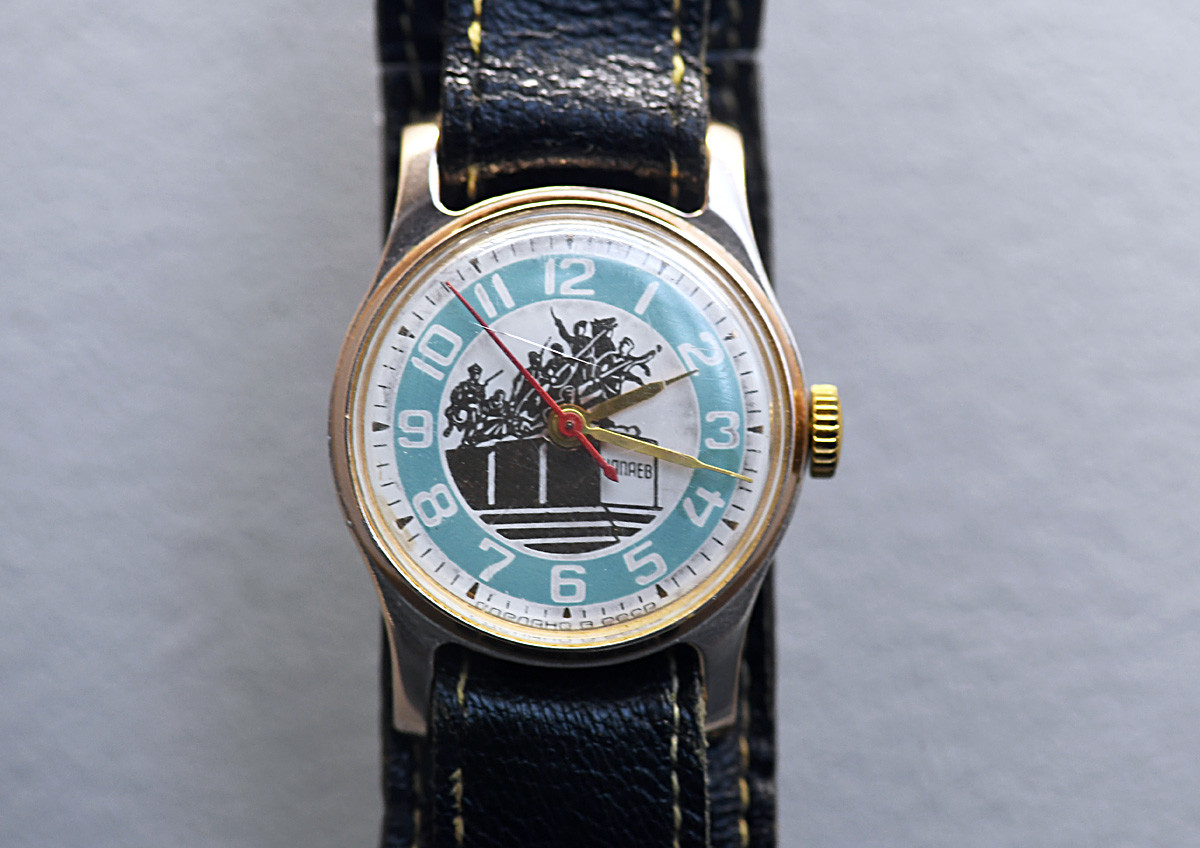 However, it was rumored that Gagarin’s watch could not withstand the g forces and broke at launch, but this was never officially confirmed (as if the reputation of the entire space industry were somehow at stake). On the contrary, after the famous flight, all the products from the watch factory began to proudly bear the name Raketa (Rocket), and Shturmansky watches were repeatedly tested and improved by the country’s top scientists. But was the Shturmansky really the first watch in space if it couldn’t withstand the load?

The second record was set by a Soviet-made Strela watch in 1965, when Alexei Leonov performed the first ever spacewalk; it looked surprisingly similar to today’s watches made for future participants in Elon Musk’s SpaceX program. The Strela (Arrow) was intended for air force commanders and had a built-in stopwatch, a 45-minute counter, as well as a telemeter (for determining the distance to a sound source) and a tachymeter (for calculating speed by travel time). Ordinary citizens, naturally, never got to see such a watch.

In later years many more watches with romantic names flew into space with Soviet cosmonauts: Okean (Ocean), Vostok (East), Slava (Glory), and, of course, Polet (Flight). All were made in the USSR. NASA, meanwhile, was not overly concerned about using homemade brands.

Houston, we have a problem

Meanwhile, the “moon watch race” was won by the Swiss brand Omega Speedmaster. This watch was on Buzz Aldrin’s wrist when he landed on the moon in 1969, and is now NASA’s official timepiece. But back then it was the only item of equipment not designed specifically for space flights. So Omega can be said to have won fair and square. 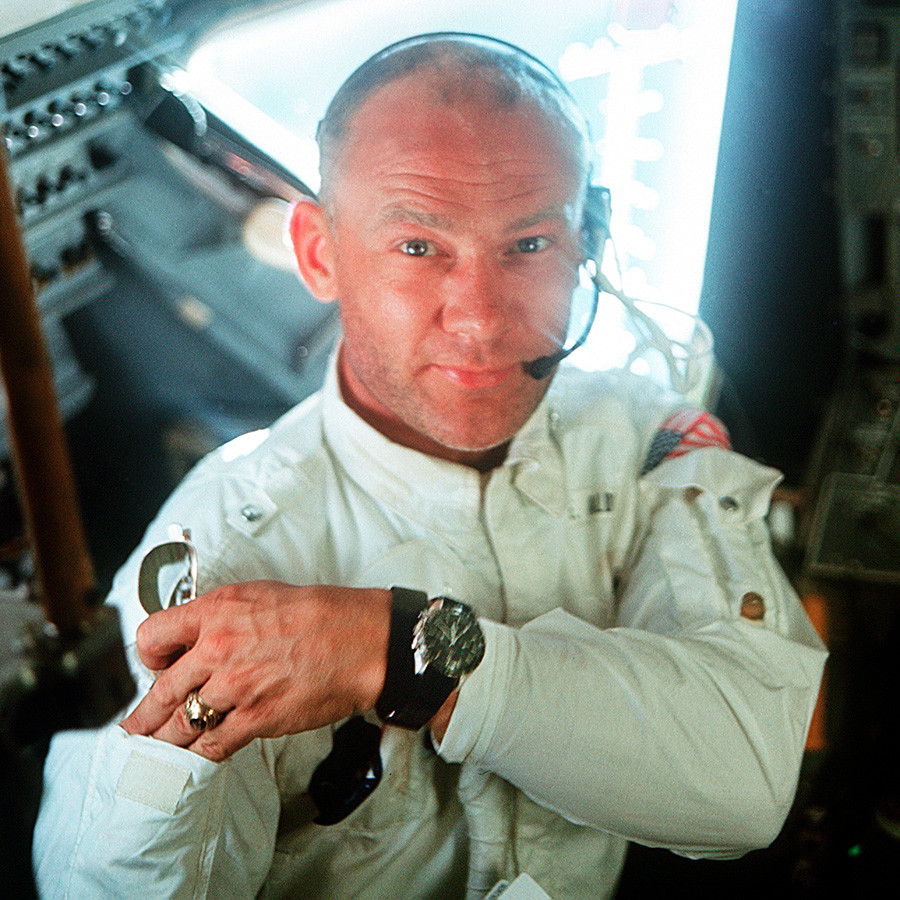 It was put into orbit for the first time in 1962 by Wally Schirra, who’d forked out for it himself. Later, in 1965, NASA anonymously purchased watches from the most famous watch brands, including Longines, Rolex, Bulova, Hamilton, Elgin, Benrus, and Omega, and began tests. Omega was the only one to pass all of them. The choice, however, had to be defended in the US Senate, since the US Association for Small Business and Entrepreneurship was not too thrilled by the agency’s opting for a non-US model. 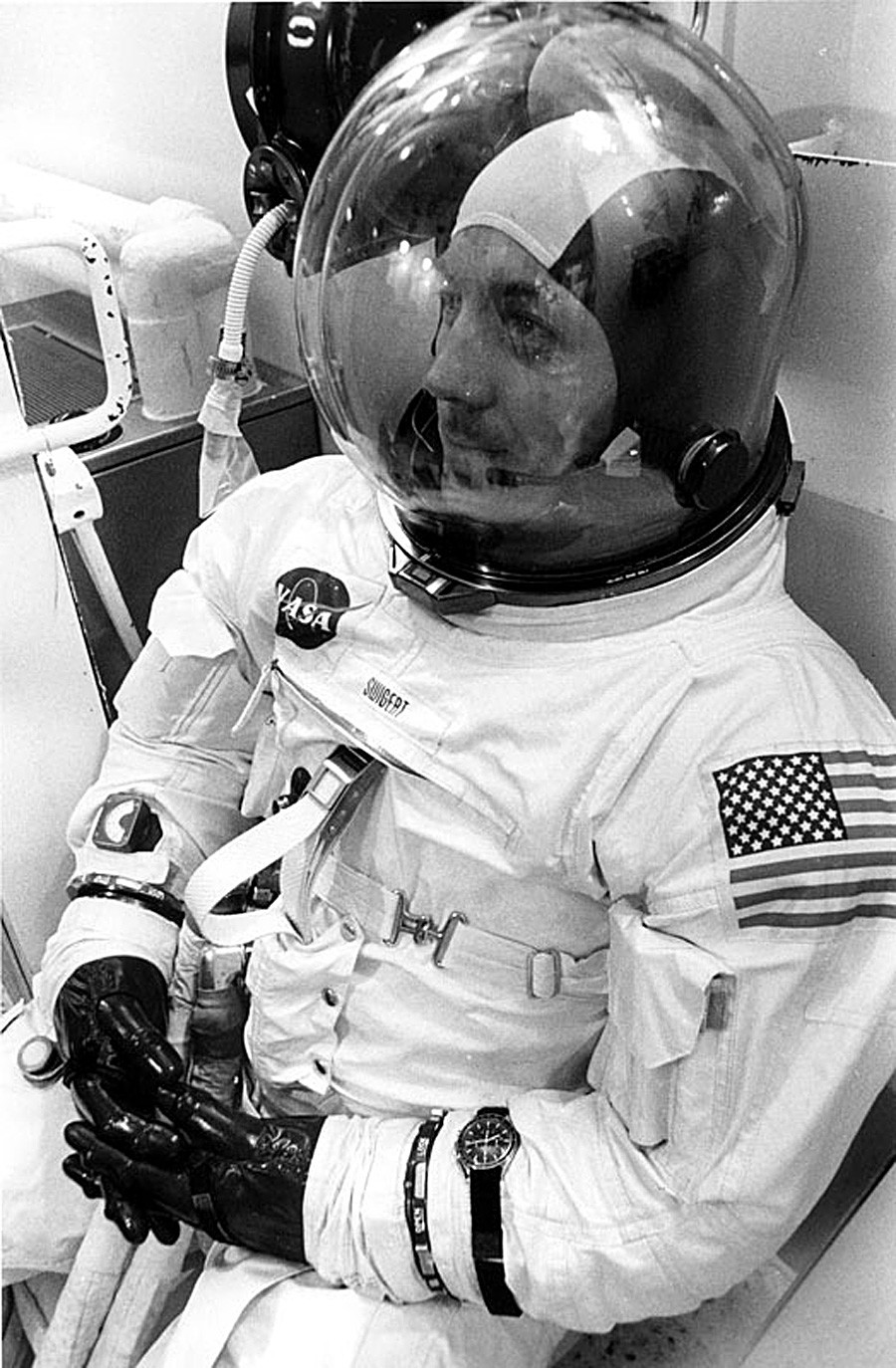 In any event, Omega ended up saving the life of the crew during the most dramatic incident in the history of space travel, when in 1970 an oxygen tank exploded aboard Apollo 13 on its way to the moon, causing a loss of both oxygen and electricity. Only a super-precise calculation could rescue the situation, since the onboard navigation system was out of operation, and wrongly computing the re-entry time into Earth’s atmosphere could have cost lives. The wristwatch stepped up to the plate and did not disappoint. It even received a NASA Silver Snoopy award, a special honor for outstanding achievement in the field of human flight safety.

Which watches fly to space these days?

In many crew photos, two or even three watches can often be seen at any one time. One is typically used to measure the time during scientific experiments on board, another to record the flight time (counted from the start of the mission), and a third displays so-called Earth time (depending on where the launch took place). 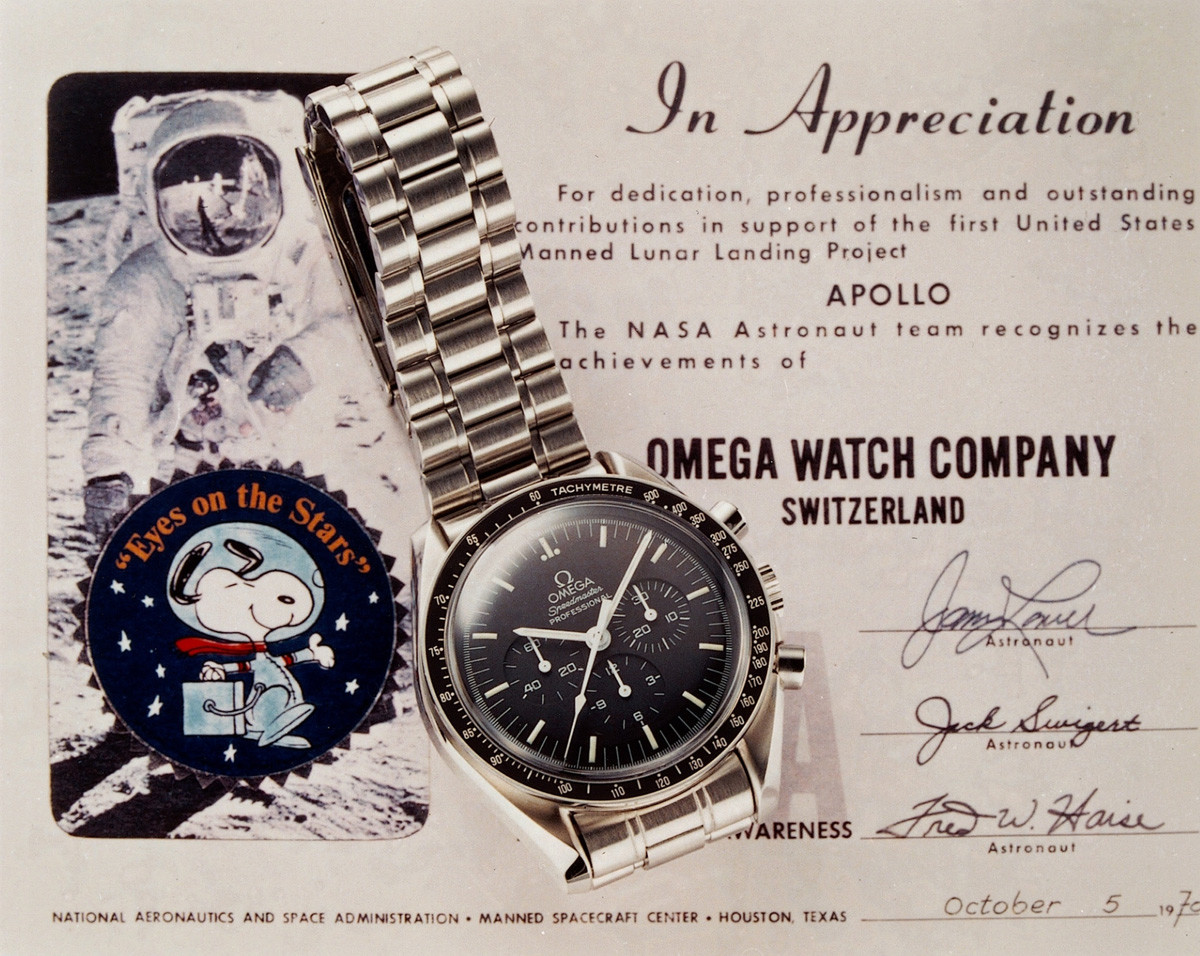 But what doesn’t get taken into space these days are electronic watches, since they cannot withstand the level of radiation that penetrates the microcircuit. Incidentally, in Soviet times it was believed that in future no one would wear a mechanical watch. The country even launched a kind of advertising campaign in which Soviet cosmonauts posed with LCD and LED watches made by the domestic Pulsar plant. 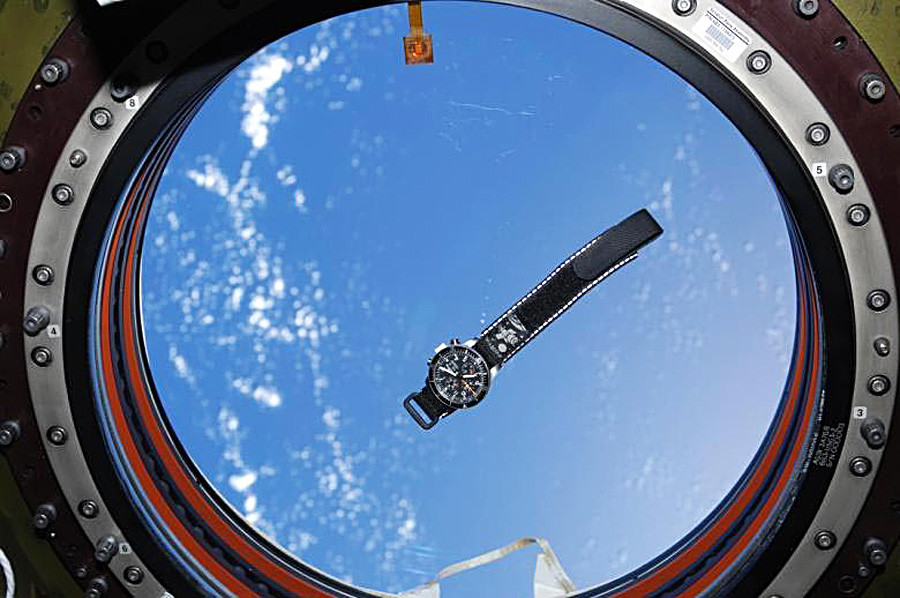 So who ultimately won? The Swiss again. Since 1994 the official watch of Russia’s Cosmonaut Training Center and Roscosmos has been Fortis. And for SpaceX, Elon Musk chose Switzerland’s TAG Heuer.