This swamp is bigger than Switzerland and still growing (PHOTOS) 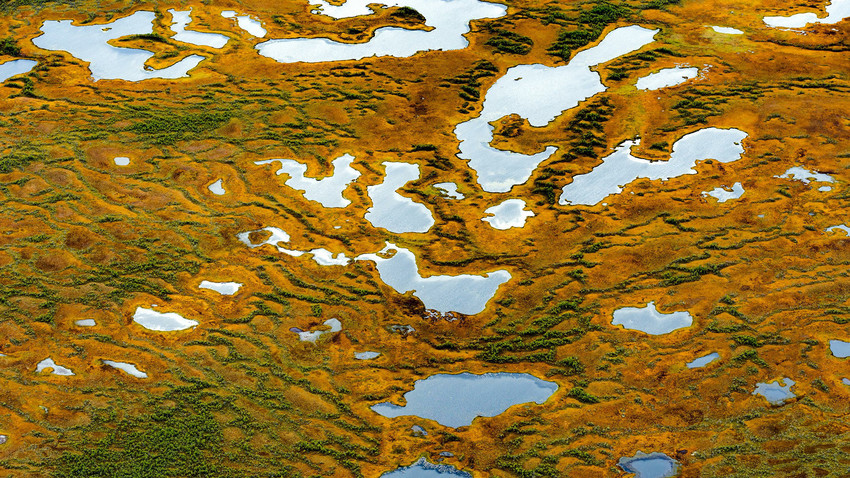 Serguei Fomine/Global Look Press
Locals affectionately call this giant swamp in central Russia a “wonder of the world” and have turned it into a tourist trap — quite literally. Be careful where you step!

Everything in Russia has to be the biggest — cannons, statues, bells, planes, and of course… swamps. The Vasyugan marshlands in Western Siberia fit nicely in that category. At 53,000 square kilometers, it is 20% larger than ​​Switzerland (and a lot soggier).

Scientists believe that the Vasyugan marshlands appeared around 10,000 years ago. Before that, there were 19 separate swamps, but they gradually merged into a single whole, which, like a desert, has been increasing in size ever since.

The rate is rapid (by geological standards) — 75% of its area today is the result of expansion within the past 500 years, and no one is planning to stop the process. Quite the opposite, the swamp and its “right” to expand is protected by the state. Even swamps have rights, you know.

Plans are afoot to give it UNESCO World Heritage status (it’s currently on the preliminary list) due to its importance for the planet. The swamp is a huge source of fresh water, and its territory counts more than 800,000 (!) lakes. But even more significantly, it acts as the Earth’s “refrigerator,” and a giant one at that.

The bog peat, like a sponge, absorbs toxic substances and carbon in the atmosphere, slowing down global warming and filling the air with oxygen.

Today, there are no people in the Vasyugan marshlands. The only safe way to travel across is by armored personnel carrier — otherwise you’ll get bogged down all too literally. Although the swamp can be deadly, some illegal hunters and foragers take the risk.

In the 19th century some persecuted Old Believers took refuge here. Back in 1882 the Russian Geographical Society commissioned an expedition to find out whether there were “religious fanatics residing there in self-built villages and farms.” The report confirmed the presence of 726 individuals, including young children.

Today the biggest threat to the swamp is the oil & gas industry, which has an eye on the billion tons of peat. In 1949 oil was found in the western part of the swamp, and development has since left its mark.

Another danger comes from second-stage launch vehicles departing from the Baikonur Cosmodrome, which land in the swamp, polluting it with unburned heptyl — a highly toxic and radioactive rocket fuel. The lethal dose of heptyl for humans is 1 microgram per liter of water.

For the city of Tomsk and its surrounding region (a large part of which lies within the marshlands), the swamp is a local symbol, like the Klyuchevskaya Sopka volcano for Kamchatka. It is even hyped as a “wonder of the world” in an effort to pull in the tourists. Aware of the dangers, some people feel obliged to speak out: “If you decide to go, stock up with drinking water because the local water will make you s*** green stuff and cover you with spots. In May-August, take lots of mosquito and hornet spray, and special anti-mite mesh suits. And medicines, since there are no pharmacies at all, and hiring a helicopter costs 100,000 rubles ($1,571) per hour. Have a nice ‘vacation’! In winter the temperature can fall to -50 C,” writes Iris, a user on a local tourism website that invites intrepid travelers to visit the Vasyugan marshlands.